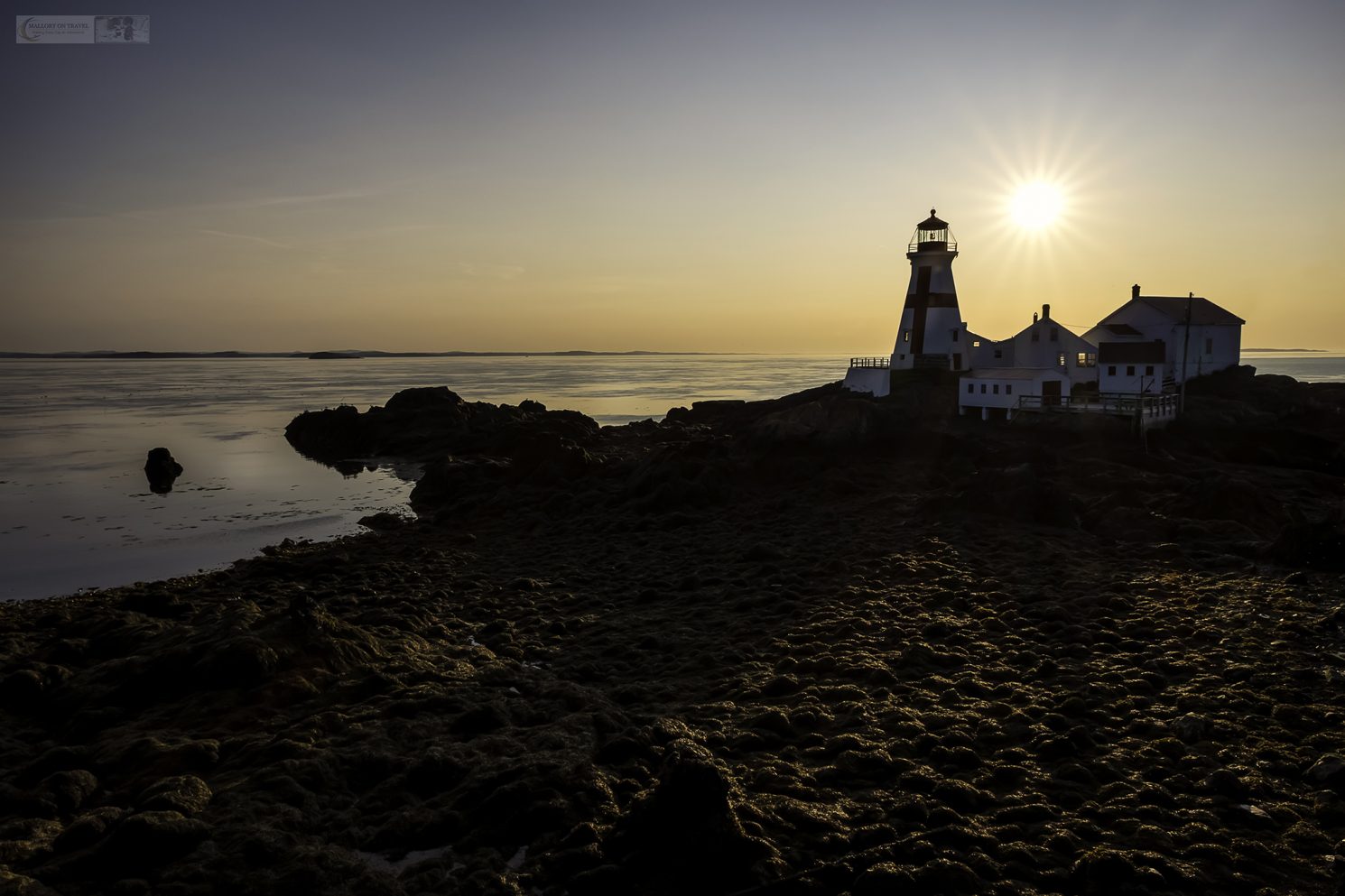 Ok, not the funniest joke in the world, but this corny little gag seems to portray Fogfest, a quirky festival on Campobello Island, New Brunswick. It is the type of joke shared by one of the stand-up comedians during the opening ceremony, which was also a great introduction to the whole festival.

Driving off the ferry from nearby Deer Island, and almost immediately passing my accommodation for my stay, historic Owen House it was immediately apparent that this was a small, close knit community. Fogfest would prove to be a quirky, entertaining couple of days of fun, providing some interesting insights into a rural community, where fishing is a way of life.

My visit to another New Brunswick island: Gran Manan – Smokehouses and Lighthouses

Situated at the mouth of Passamaquoddy Bay, Campobello is one of the Fundy Islands and is reached by ferry from L’Etete and via Deer Island or by the Franklin Delano Roosevelt road bridge which connects it directly to Lubec, Maine. The island which measures just over 8.5 by 3 miles and has a population of around 872 is connected by road to mainland USA, but not Canada.

Beloved Island of the Roosevelts

It was a favourite summer holidaying location for Franklin D. Roosevelt and his wife Eleanor, which they called their “Beloved Island”. They owned a cottage here which is now a centre piece of the Roosevelt Campobello International Park, a symbol of Canadian/American cooperation. There are several other attractions, including the renovated Head Harbour Lightstation, (East Quoddy lighthouse) possibly Canada’s most photographed lighthouse which is especially stunning at sunrise, with the added bonus of spotting minke or fin whales from the shore, some even remarkably close in.

I was lucky enough to have the advantage of an orientation tour with Peter of Campobello Sightseeing who spent several hours showing me around his island. Sharing the best spots to visit, times of day to do so, and regaling me with entertaining stories and anecdotes, it’s a great way to get to know Campobello intimately.

“There used to be a guy that maintained Mulholland Lighthouse at the south western end of the island, before it was decommissioned. He would walk from his home several miles away before first light to switch the beacon off and do any housekeeping. He would then row across the channel into Lubec, for his full-time job, before returning via the lighthouse in the evening for switch on and housekeeping. Rinse, repeat, he did this for over thirty years, before passing away just a few years after retiring”

There are two main villages, Welshpool and Wilson’s Beach, with several restaurants spread between the two lighthouses at Mulholland Point and, the lighthouse at East Quoddy. Cuisine is simple, but tasty, unsurprisingly with a heavy emphasis on seafood, and the server is most likely to ask, “how do you want your fries?”. There is also a wider selection of beer available than wines, but while it may not be fine dining, it definitely hits the spot, simple homely meals, in generous portions.

The festival is held over five days in total, with the weekend offering some of the highlights. Most of the community seems to take part, with venues all over the island hosting events, including all the restaurants, allowing for some food and festival fun at the same time. Better still, it’s all free ….. just rock up and rock!

There are a wide variety of events some traditional, some musical and some just plain quirky; from making lobster pots to a country montage of several artists, including local favourite and ‘Hall of Famer’ Claudette Norman, and young people’s favourite Wade Hallihan. Wade also rocked “The Pier” restaurant a couple of nights later, with a relatively raucous crowd singing along between seafood suppers and copious amounts of Yippee IPA, it was a packed house. Stand-up comedy events at Welshpool Hall and a popular whales and wine cruise departed each evening from Head Harbour Wharf, possibly as people thought this have a better selection of wines.

My favourite events included the ‘Story Tellers Circle’, which basically consisted of two of the community’s more mature residents reminiscing about times gone by. It may not sound too exciting, but it was a spellbinding insight into the community; possessing impressive memories, they remembered facts, anecdotes and names of neighbours from a distant era. It was fascinating to hear how a no-nonsense rural community sticks together, and helps each other through tough times, a time when if there wasn’t anything worth saying, it wasn’t said. I was particularly fond of the stories which portrayed the respect and courtesy children were expected to show to their elders:

“Walking home from school, if any child passed by Mrs Calder sitting on her porch knitting and failed to greet her, woe betide that child when they got home!”

Another presentation, the heritage talk presented by author Dr. Brian Flynn and ably assisted by local teacher and past fisherwoman Violet Morton. Discussing the dangerous, hard life of a fishing community and the superstitions they live with was entertaining and informative. In searching for the unexplainable, the reasons which explain randomness, they relate bad luck to wearing corduroy, the colour blue, washing a favourite hat or bringing muffins aboard, wow, culture and psychology at the same festival.

I particularly enjoyed an essay related by Violet about a periwinkle hunting expedition with a friend on a very cold and wet evening. It was exceptionally descriptive; I was almost shivering just listening to her share the experience.

This is what Fogfest is all about, eclectic events taking place all over the island, a mixture of cultural insight, local talent and foot tapping music. There is dancing and burgers in Friar’s Bay, quilt making in Welshpool and stomping rock music and lobster roll at Head Harbour. Which brings me back to the opening ceremony, hosted just a few minutes from my accommodation, it really was the perfect introduction to the festival.

Several, short piano recitals from some local schoolgirls, and a couple of young men, doing full on stand-up comedy routines, all talented, all brave. The first comedian was barely out of school himself, and most of his routine consisted of how he hadn’t prepared, he got plenty of laughs. The other comedian was autistic, and in contrast was referring to notes throughout his routine, he was damned funny and had the audience eating out of his hand.

In between Fogfest events, I kept finding myself drawn to the photogenic Head Harbour Lightstation, visiting it half a dozen times at various times of the day, sunrise and sunset, and all times in between. The lighthouse is only accessible for a few hours either side of low tide, and visitors have to be aware of the tide tables to prevent becoming stranded, but it’s well worth the effort, especially when the sun rises out to sea beyond the beacon. The sky ranges from golden to scarlet, and at one point the lighthouse appears to wear a sunlit crown, reflected in its own mirror, the flat calm Atlantic Ocean.

Watching the sun creep into the dark shadows which inhabit the spaces between the rocks of East Quoddy, filling each hidden recess with light has to be one of the best things you can do before breakfast.

It is one of the islands most popular attractions and has been saved from dereliction by a determined group of residents, and even some visitors, that regularly return to help. Their perseverance has turned an old, abandoned beacon into one of Canada’s most photogenic and a worthy diversion from the events of Fogfest. It has quite a story, but it is a story for another day.