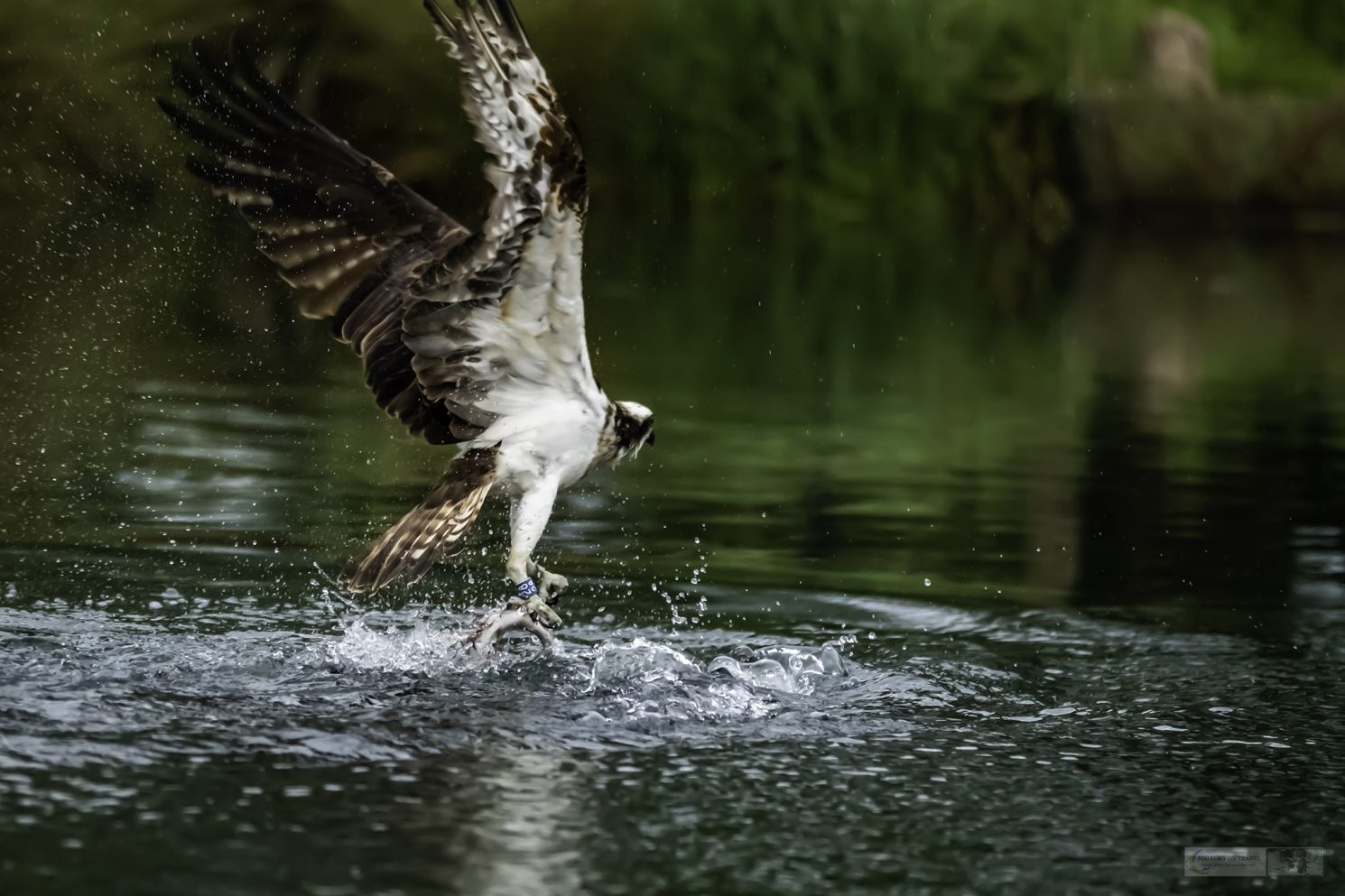 The door closed firmly behind us, six total strangers were now shut inside a small wooden box for the next 4.5 hours. It was 4.05 am, and darkness had only just lifted. Bill, our hide guide had directed us into the hide, explaining any etiquette and his role. A volunteer on the osprey project at Rutland Water, he would sit comfortably up in the house on the other end of a two-way radio and inform us if a bird was around. 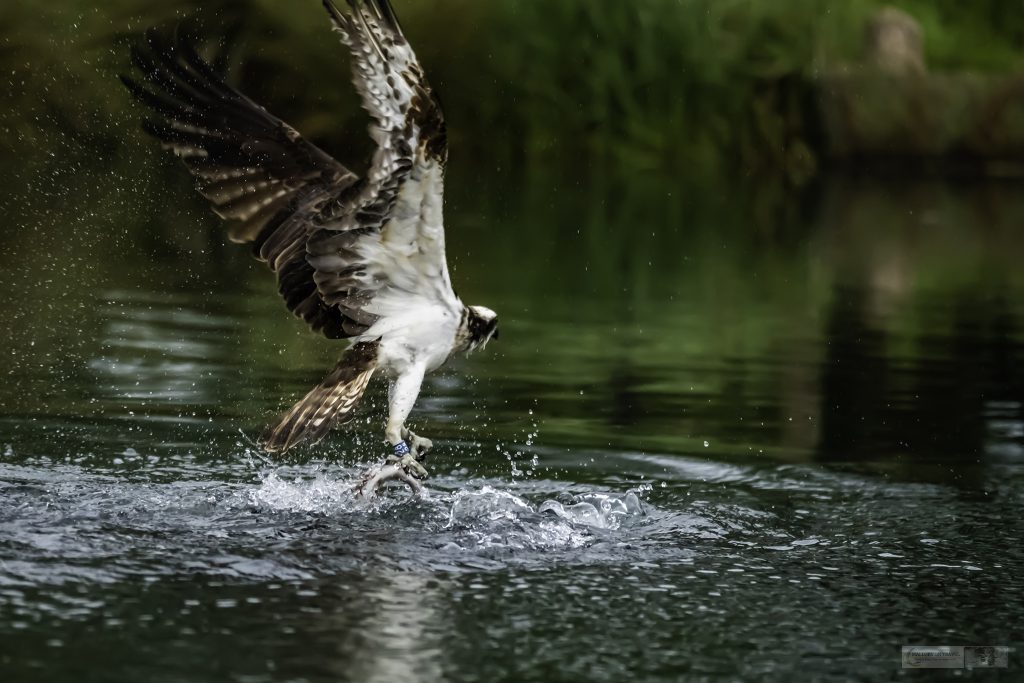 This was our second attempt to photograph the Rutland Water ospreys having spent an unsuccessful few hours of the previous morning with a different set of strangers. The owners however, kindly offer a complimentary second opportunity in the event of a no show; so there we were.

In 1996, it was decided to reintroduce ospreys to Rutland Water, and over six years with funding from Anglian Water, chicks from Scottish nests were relocated to the nature reserve. Three years later the first birds returned from their over wintering sites in Africa, and in 2001 the first pair successfully bred. 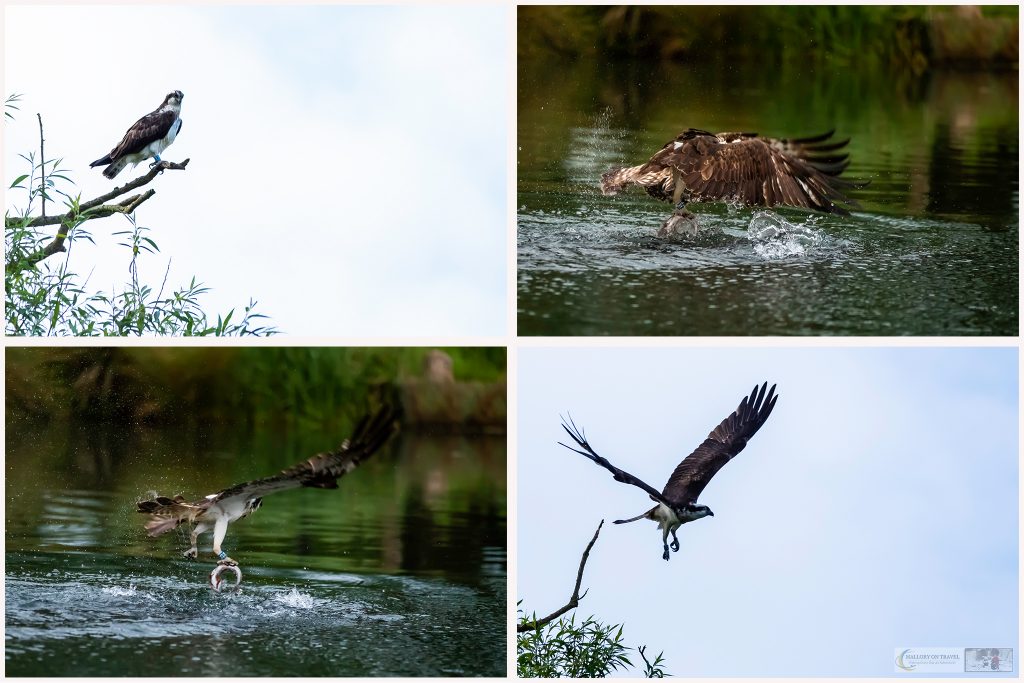 To fish or not to fish

In 2013, there were five breeding pairs recorded and chicks from Rutland have successfully nested in the Lake District, several sites in Wales and at Kielder Water, the first for more than 200 years!

The Horn Mill hide at the River Gwash is on a trout farm, and initially had an issue with birds raiding the ponds. The original solution had been to net all the ponds, but the owners realised this may have a detrimental effect on the ospreys, so the consulted the Tim Mackrill of the Rutland Osprey Project. The advice was simple, leave one pond accessible to the birds, build a hide and charge birdwatchers to visit. Some of the profit is reinvested into osprey conservation.

Almost as soon as we’d settled in a bird landed in a tree overlooking the pond, it was still very early, and the light was poor. We would need fast shutter speeds, so the ISOs on our cameras were set extremely high! 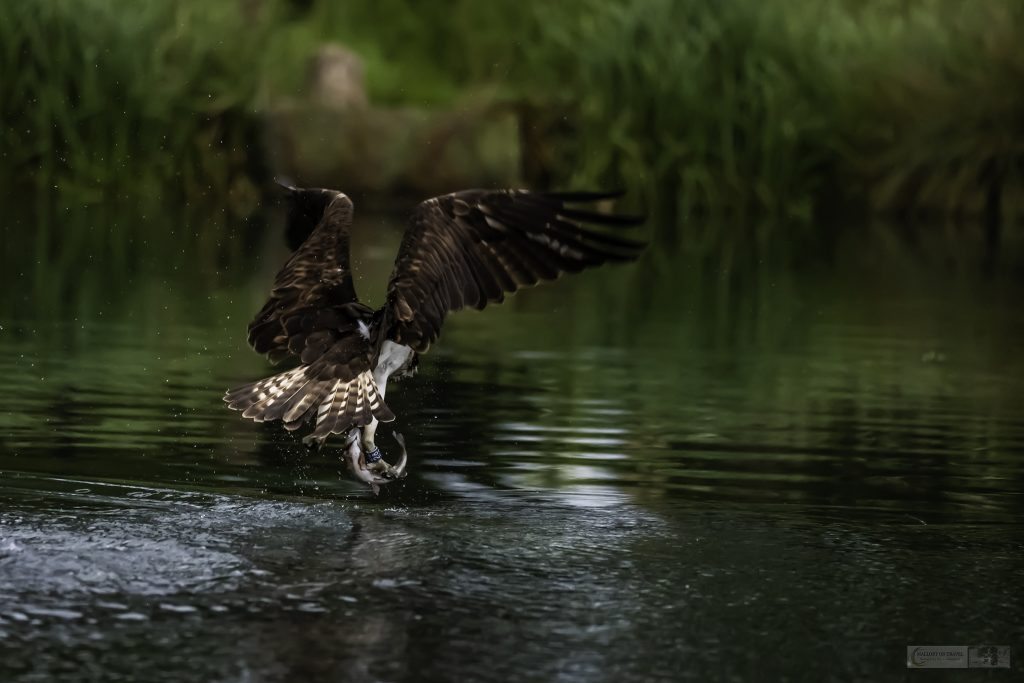 After fooling us with two dummy dives, he eventually splashed down a few yards in front of the hide, emerging moments later clutching a trout in his sharp talons. Facing away from our vantage point, unfortunately he made a sharp exit right, flying away instead of towards us, as hoped.

The light improved, and later in almost perfect conditions we were rewarded with two further visits by ospreys. To our dismay, they appeared anxious and failed to fish, merely perching nervously, before flying away. Bill would inform us later, that these raptors had been engaged in fearsome aerial combat, just beyond our view, explaining their cautious behaviour. 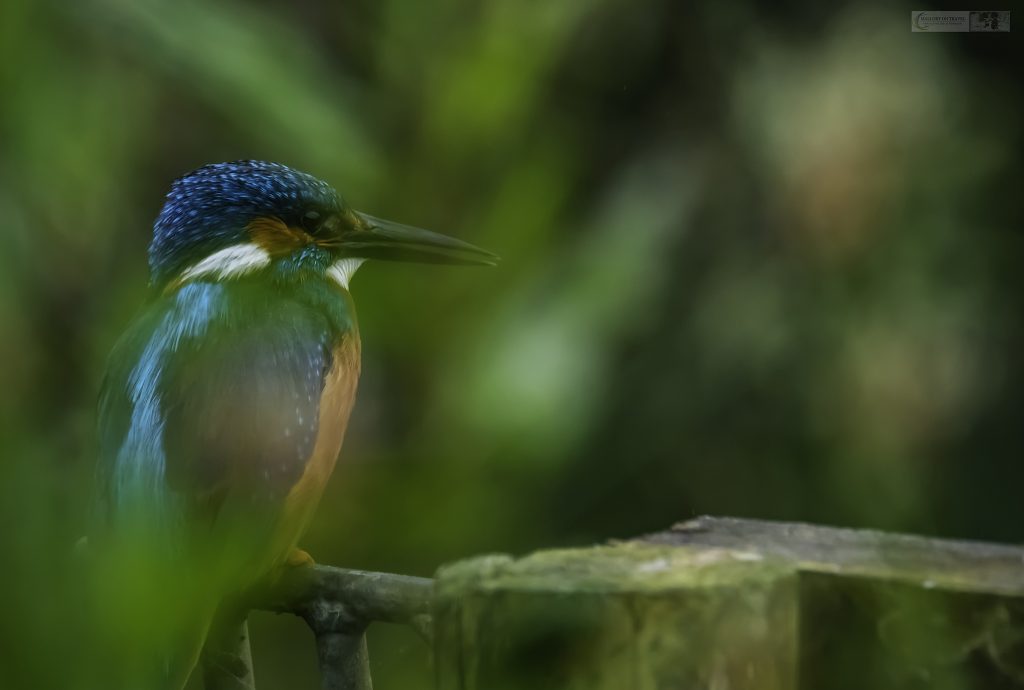 The king of fishers

It is this uncertainty that appeals to me, wildlife is unpredictable and does not appear or perform on demand. It provides a level playing field, regardless of position, an average Joe has the same chance of success as a celebrity, billionaire or peer of the realm! Nature does not show favouritism.

There is a sense of excitement, the anticipation is palpable; will the quarry make an appearance, will they hunt, will they dive? There is a collective hush, holding of breath and the only sound is a constant stream of shutters closing whenever a bird as much as blinked.

It may seem boring to many, but it is an exciting, pleasing experience, patience being a virtue and it is needed when waiting, hoping for a successful dive. It is the antithesis of the usual travel blogging experience, bouncing from place to place, often only with moments provided to capture an acceptable image.

A few hours in a hide photographing ospreys, weeks or even months tracking wolves or snow leopards or living with a remote tribe observing and recording their culture all sound very appealing. 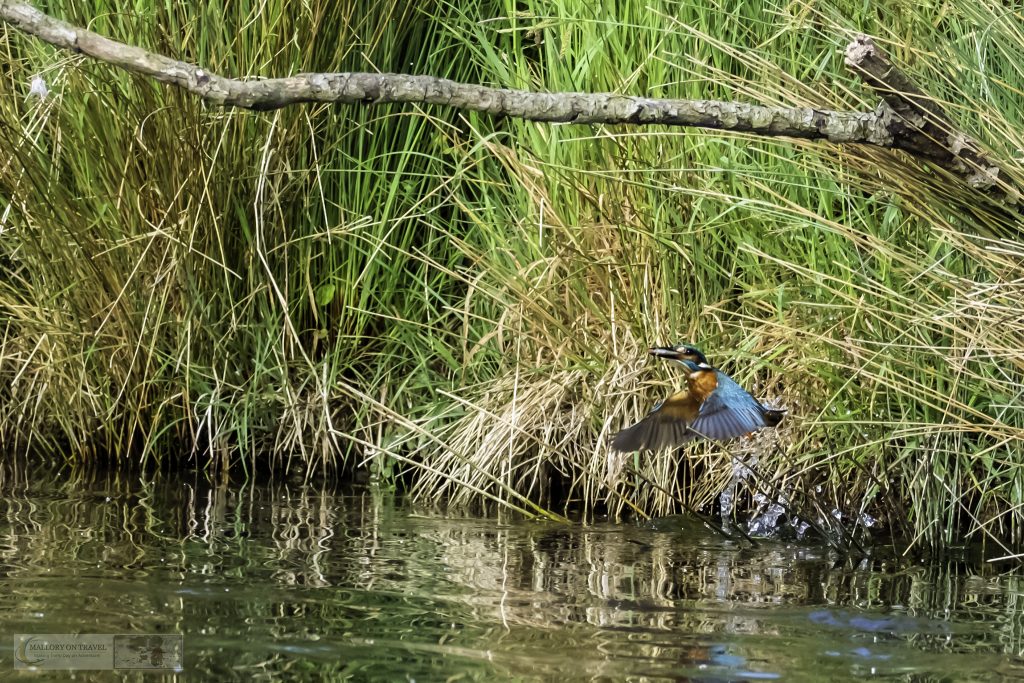 Besides, nature provided plenty of distractions; visits from those spectacular masters of fishing, kingfishers would result in half a dozen shutter being fired in unison. Perching on handily placed branches protruding over the trout farm, before darting like iridescent missiles into the pond, emerging less than a moment later with an unfortunate minnow between in their bills. 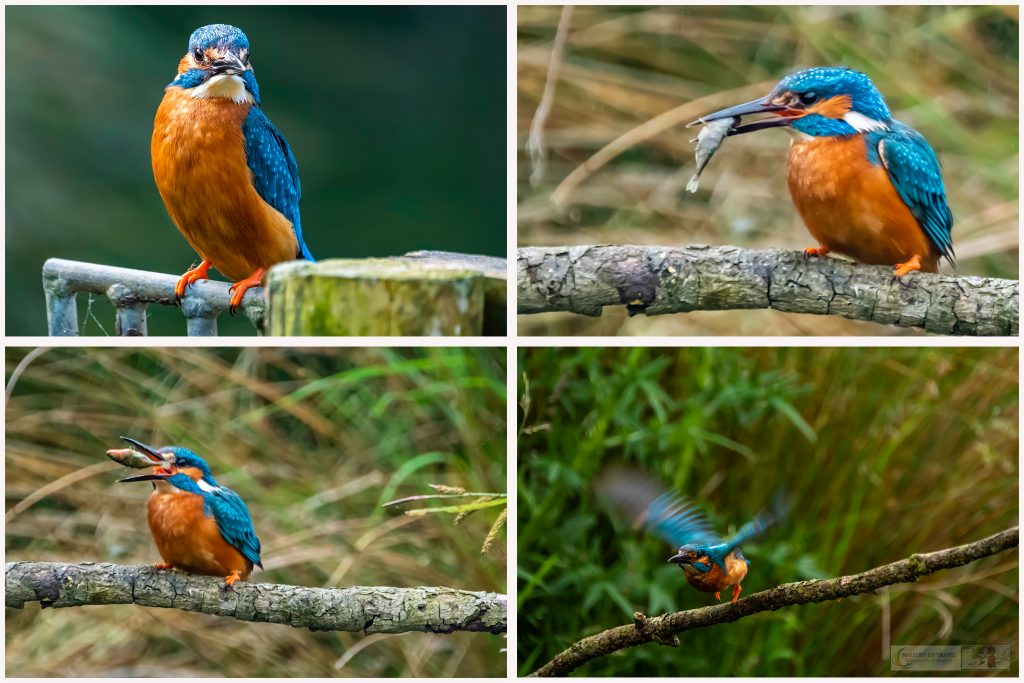 So many fish, so little time

“These beautiful, little birds, a favourite of bird photographers would then brutalise their catch, bashing them against the branch, before manoeuvring them into a better position for swallowing whole.” 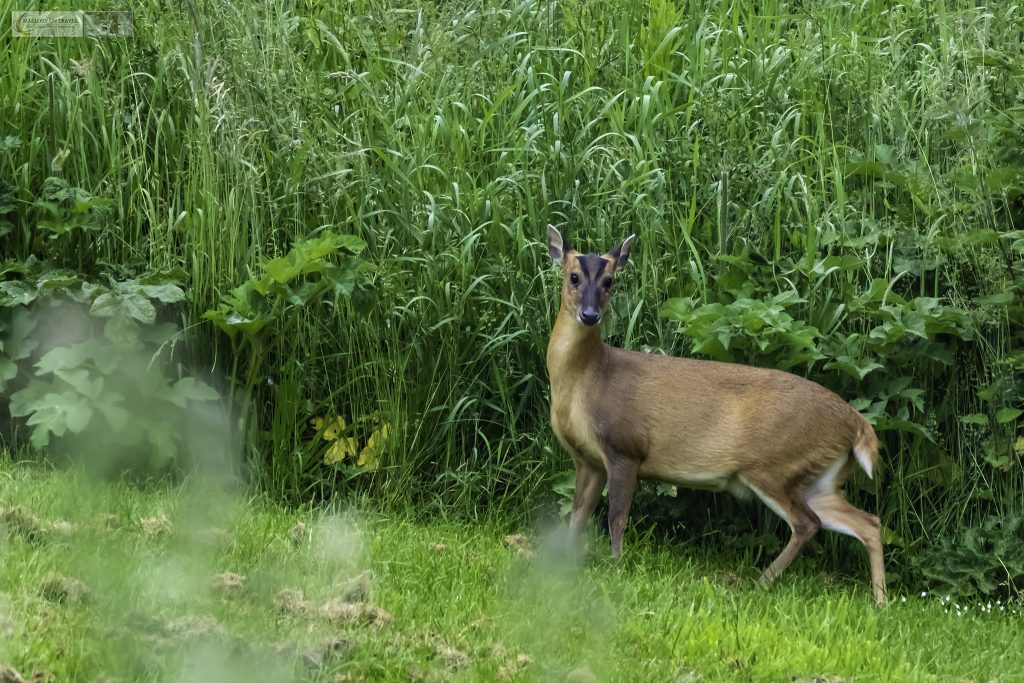 A grazing deer provided further distraction, as well a persistent but elusive red kite and a temptress of a kestrel, which kept resting on a distant telegraph pole, tantalisingly within range of our lenses, but due to the low light and the need to high ISOs, just too far away for a good shot.

When things were slow and conversation ground to a halt, we would entertain ourselves by attempting to capture a shot of the active trout, which jumped regularly. The silence was often broken by a sudden burst of shutter releases, usually a micro second after the fish was safely back in the pond. 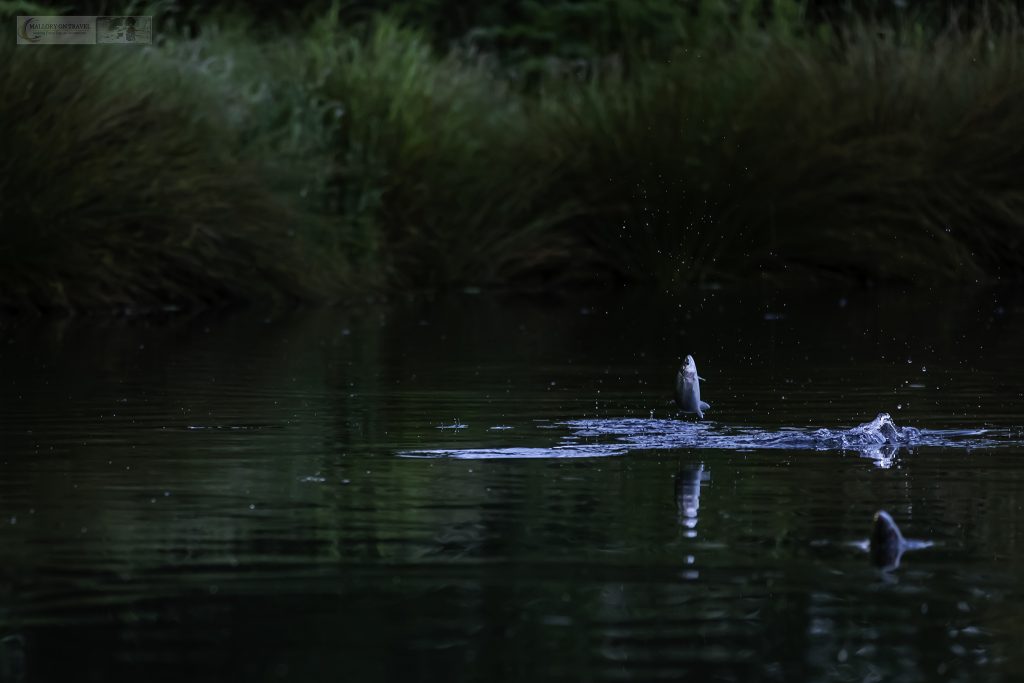 My birdwatching experiences on a remote island: Confessions of a Reluctant Twitcher on St Helena

Eventually, the two-way crackled into life and Bill informed us our 4.5 hours were up and it was time to emerge from our sanctuary. After some brief farewells, it was time to find a place for breakfast and review the images. Hopefully, at least one would be worth the nine hours we’d now spent in a wooden hut over two consecutive mornings, long before most people were out of bed, but not before the early bird got the fish. 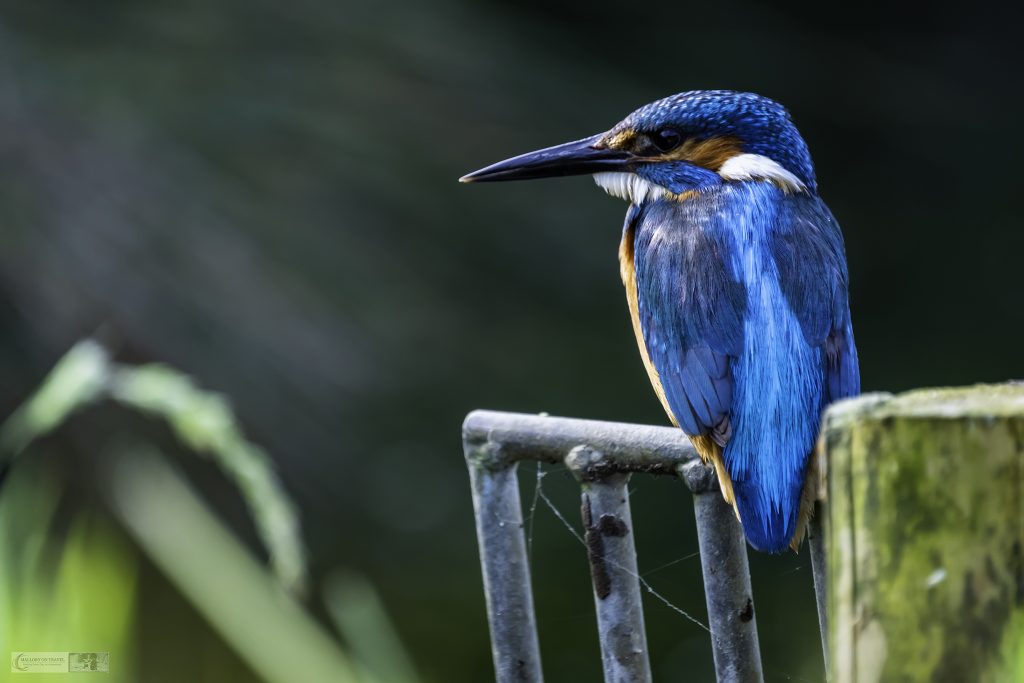 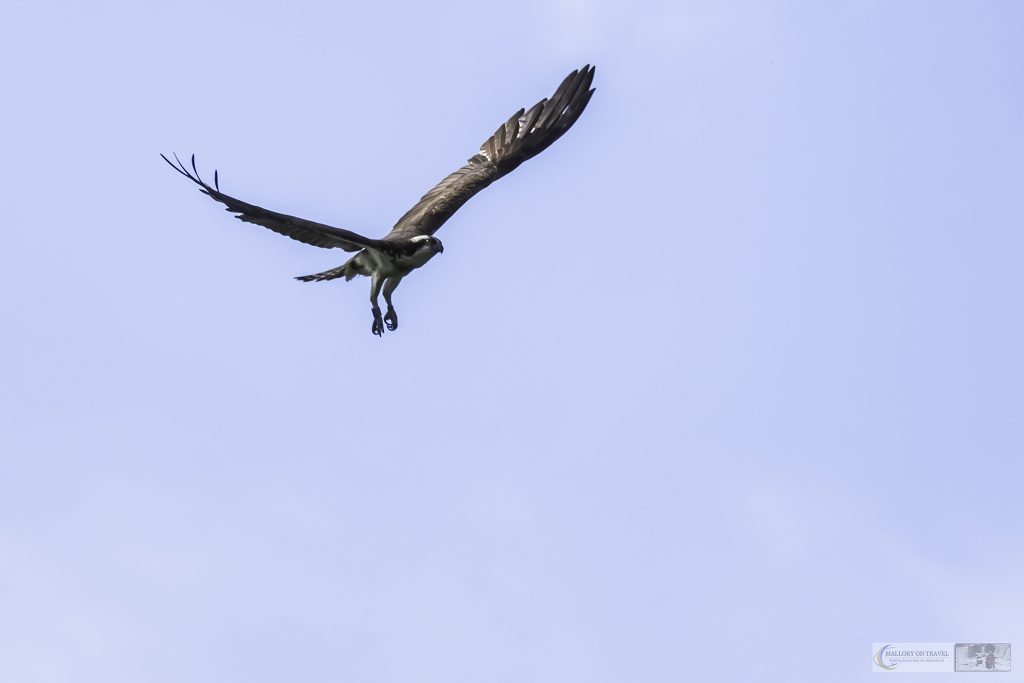 
Horn Mill Trout Farm is located near the village of Empingham, near Rutland Water. Sessions last from 4 am to 8.30 am and 4 pm to 8.30 pm.

Costs are £75.00 per person and can be booked from May through to August.