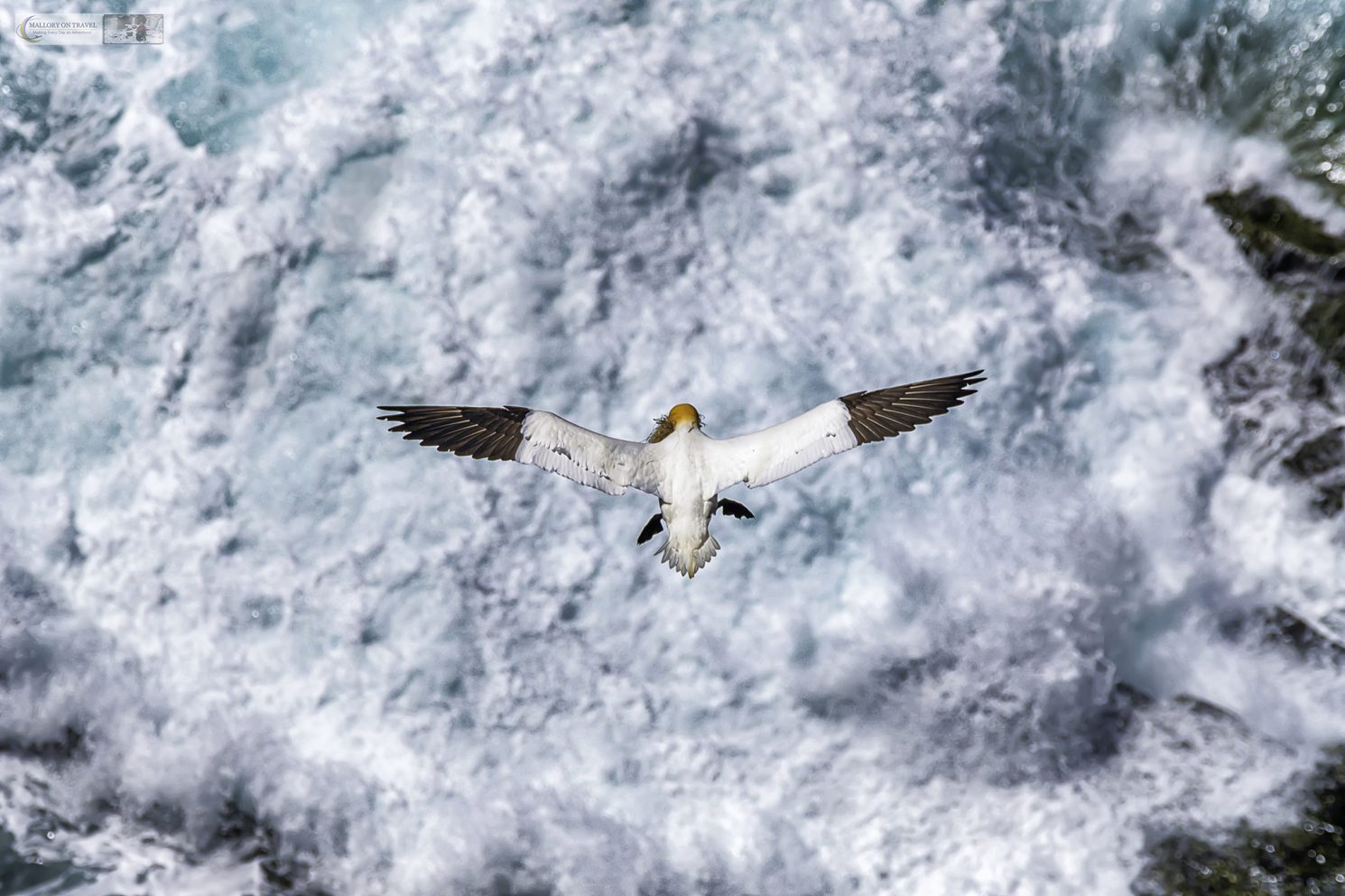 Walking on an ancient sea floor in Newfoundland, once tugged by the wildly different tidal forces which effected the planet over 600 million years ago, it felt necessary to tread carefully. Surrounded by hundreds of fossils known as the Ediacaran biota, the oldest known existence of large multicellular life forms; although they seem hardy, I reminded myself to tread very carefully! 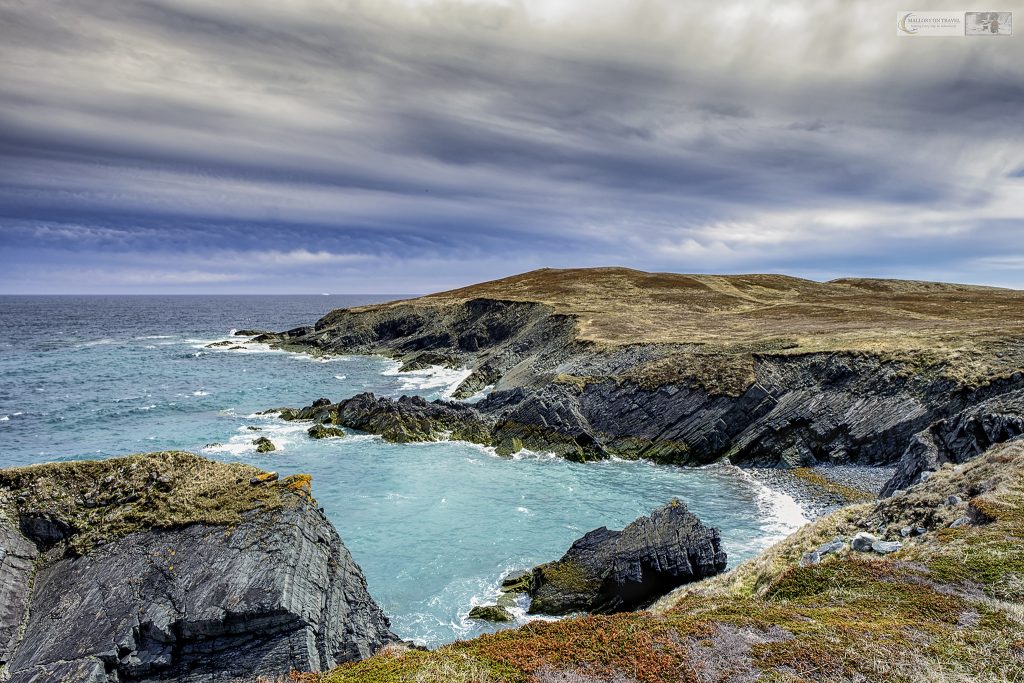 This is “Mistaken Point”, a UNESCO heritage site located near Trepassey in the south-eastern tip of the Avalon Peninsula in Newfoundland and Labrador. Just getting there is an adventure, after meeting at the nearby visitor centre, the guides led a convoy of vehicles along a rough track and then a mixed group on a 40-minute hike to the coastal site.

It is well worth the effort, like being involved in an episode of David Attenborough’s “Life on Earth” series, and in fact I stayed at the nearby Edge of the Avalon Inn, which the great man himself and his team had stayed at while filming a more recent series.

“Mistaken Point gained its name under unfortunate circumstances; sailors mistaking it for nearby Cape Race in foggy weather would turn north anticipating a turn into Cape Race Harbour, but instead running aground on the rocks”

Walking on the prehistoric seabed of Mistaken Point is just one of the short excursions possible from St. John’s, the capital city of Newfoundland.

A few days later, on another short road trip from the capital I was surrounded by thousands of soaring gannets and other seabirds at Cape St Mary’s Ecological Reserve. The most accessible seabird rookery in North America, it is the seabird capital of the continent. Bird rock is a 100-metre sandstone and gannet sea stack of clamouring, perching, mating, diving seabirds. The colony, is like a living, breathing single organism, with a supporting cast of kittiwakes, razorbills, common murres and a variety of gulls, a breath-taking, colourful spectacle.

In case anybody isn’t aware, Canada is a huge continent sized land mass, many of the provinces are the size of a country and Newfoundland is the 16th largest island in the world, yet it is only the 4th largest Canadian island. Slightly larger than half the size of the United Kingdom, it has a population 126 times smaller ……… there’s plenty of space! No wonder Newfoundlanders smile a lot, standing out as an especially friendly bunch in a country renowned for being friendly.

A traverse of a continent: Epic Journeys; Coast to Coast, Canada with Via Rail 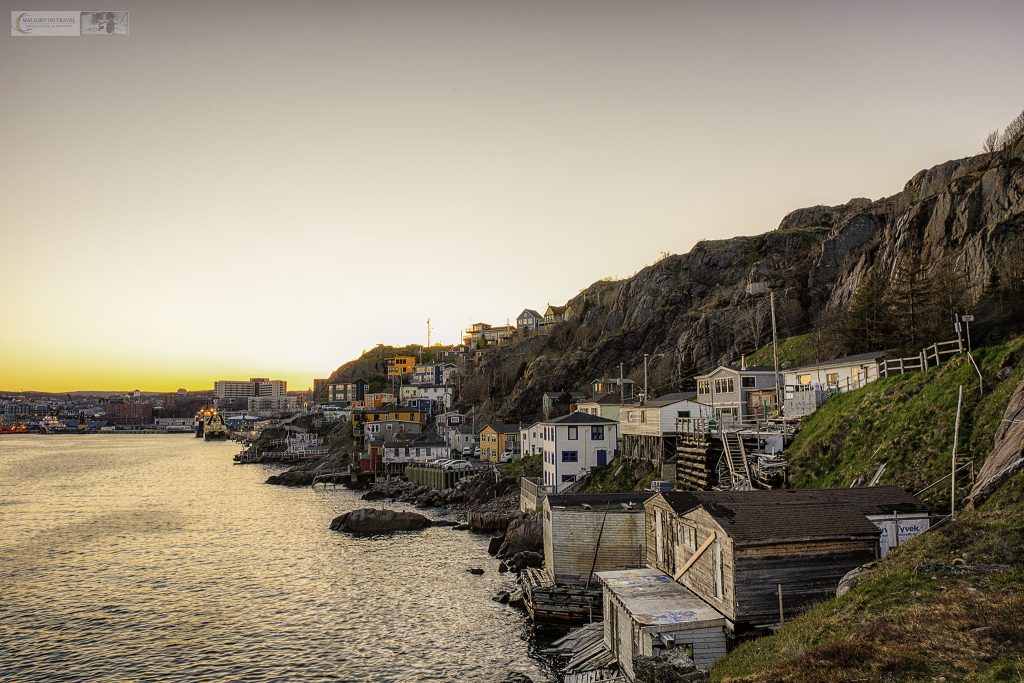 Sunset over the Battery

St. John’s is a pleasant surprise, amid the colourful houses of “Jellybean Row” there is a selection of lively bars, chic restaurants, casual diners and fashionable coffee shops. A city with a rich history, but a youthful vibe, the young people of the city sipping lattes during the day and in the evening, knocking back the local craft beers from Quidi Vidi with friends in the bars along George Street.

“The beer seems to taste better after having watched sunset over the city from the view point on Signal Hill!”

Things to do in St John’s: Discovering St John’s, Newfoundland and Labrador 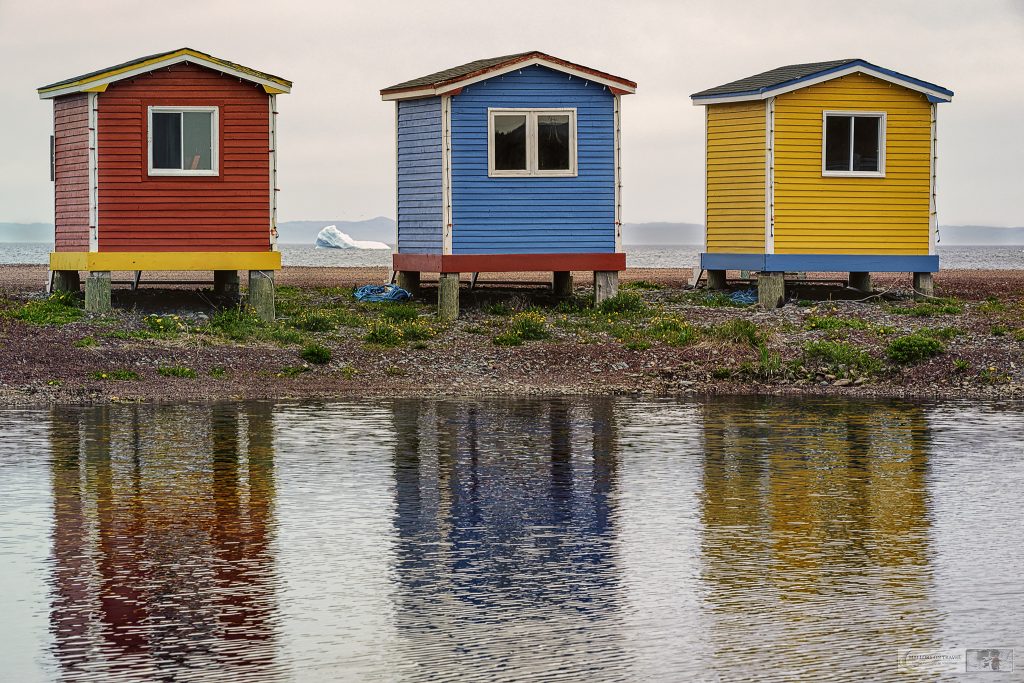 I’d been especially excited to spot a drifting berg, as this coastline is on the famous “Iceberg Alley”, and although it wasn’t my first berg ever, seeing my first just offshore near Petty Harbour. The small boat “Iceberg Quest” circled the small ice fortress which had gradually drifted along the coast, taking several days to reach this point. A pristine crystalline sculpture, crafted by the elements, stunningly beautiful.

Spending the following few days chasing bergs up and down the peninsula, I was fortunate enough to see many more, several right off the shore, yet they never failed to impress, beautiful, floating shards of ice crystal. Their transient, temporary nature making them appear even more impressively spectacular.

It was early June, the weather had been particularly kind, but there was one regret, it was slightly too early for the arrival of the whales. Newfoundland and Labrador is one of the best places to see whales, with the possibility of seeing 22 species, including the blue whale, the largest creature to have ever lived and the largest population of humpback whales in the world which returns here each year.

“It is even possible to see humpbacks breaching close to shore at St. Vincent’s Beach at the southern end of the Avalon Peninsula!”

The winter weather in Newfoundland is notorious, and may deter some from visiting, but the opportunity for some first-class snowsports at Marble Mountain, beginner and intermediate skiing at White Hills Resort, another chance to take a snowmobile for a joy ride, some skating or even ice fishing all sound tempting. 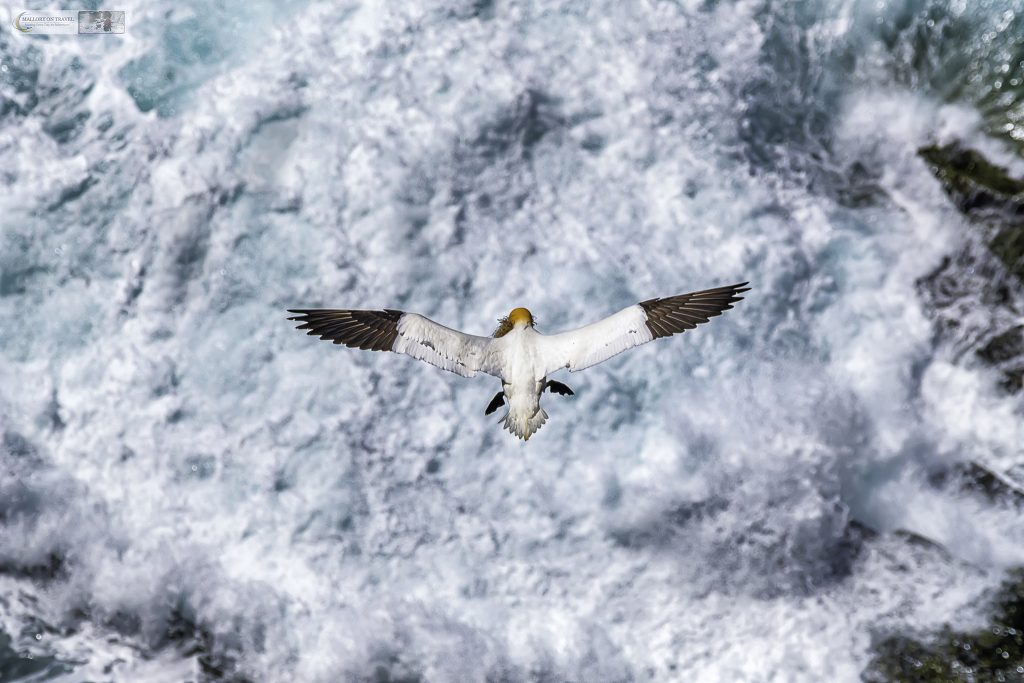 St. John’s, Newfoundland is an all year-round destination, an adventure playground for all seasons, with a range of activities, picturesque villages and beautiful landscapes to suit all tastes and interests. It isn’t the average destination, after all if it’s good enough for Sir David…….

Discover the Avalon Penisula: Harbour Lights, Lighthouses and Places to Alight in Newfoundland 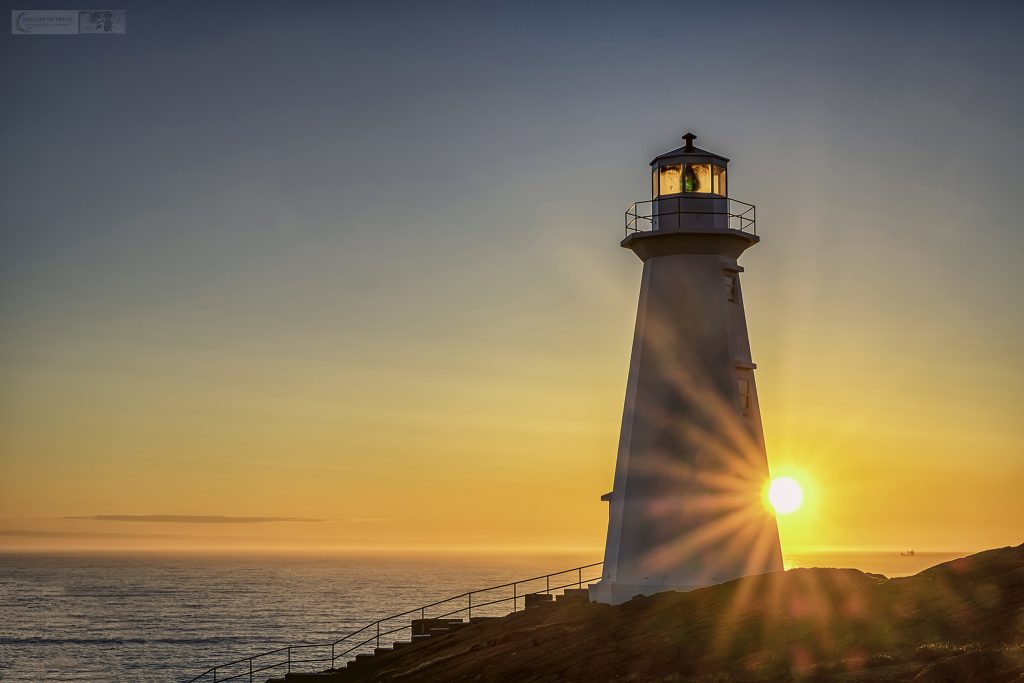 The lighthouse at Cape Spear

P.S. It would be remiss not to mention sunrise at Cape Spear lighthouse, the most easterly point in mainland north America, which is well worth getting up early for!