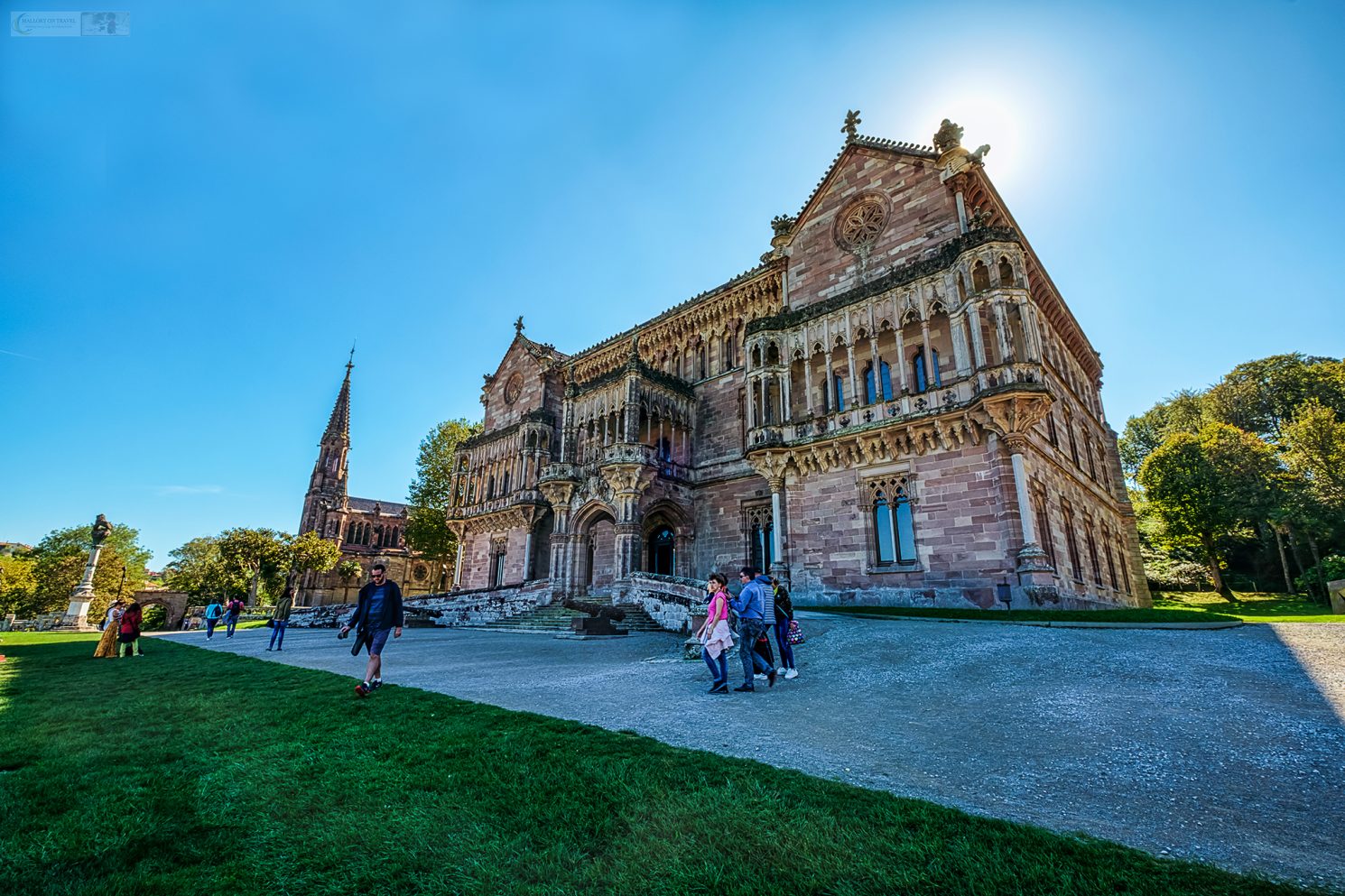 The vehicle pulled up to the impressive Palacio De La Magdalena which overlooks the famous Bay of Santander. This allowed a brief glimpse of the Sardinero Beaches and the lighthouse on the Isle of Mouro. Dilemma; explore a magnificent, modern palace constructed in early years of the last century or get a better view of a bay which makes it onto a list of the most beautiful bays in the world.

I hope you like this image of the Bay of Santander? 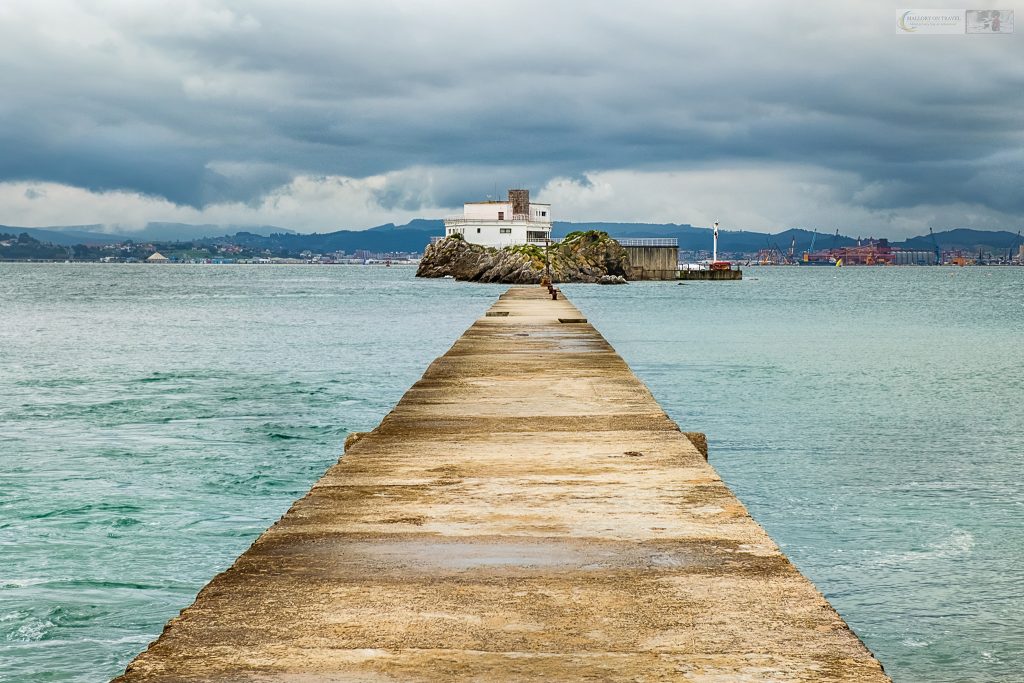 However, the palace is an impressive building, and the reason for visiting this part of northern Spain, also known as “Green Spain” or “Secret Spain” was to experience the palaces and wineries of the region.

Discovering the people of northern Spain: Pride and Passion; Portrait of Green Spain 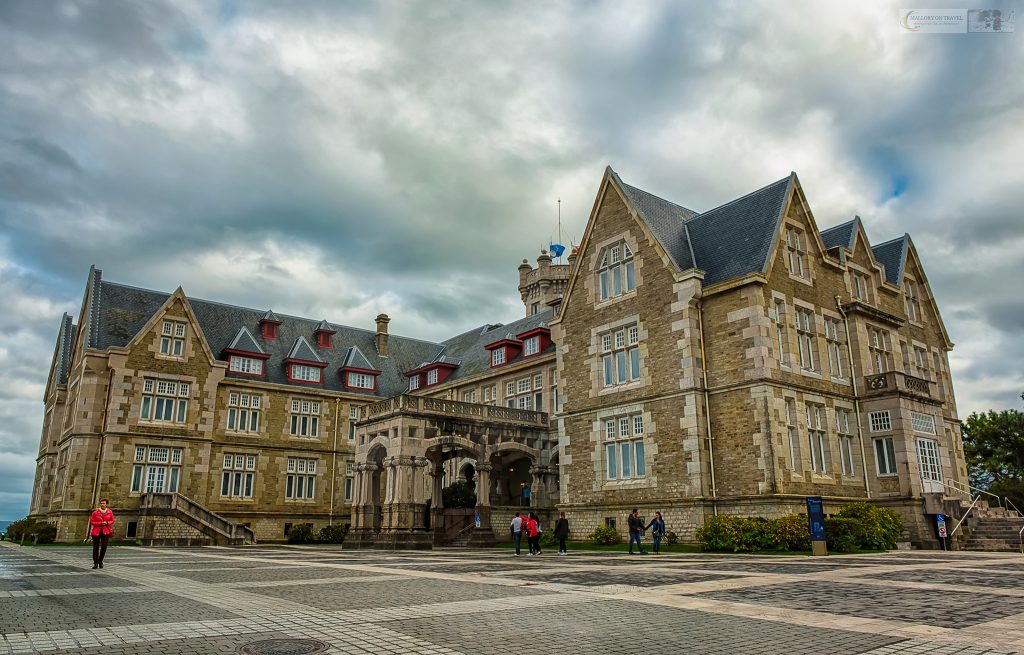 It may come as a surprise to discover that the Basque Country and Cantabria have many palaces, and that it is possible to even stay overnight in some of them. In this part of the world palaces come in a variety of shapes and sizes, like the castles of Scotland or Wales, unlike castles however, some of them even include a vineyard; now that’s my kind of palace!

The Marqués de Riscal might just fit the bill perfectly, designed by Frank O. Gehry, known as the “City of Wine”, with its flowing metallic architecture and surrounded by row upon row of sun ripened grapes grown to produce wine it is an ideal combination. An extravagantly designed hotel, comparisons to another O.Gehry creation, the Guggenheim Museum in Bilbao are obvious, it is a palace of modern design. 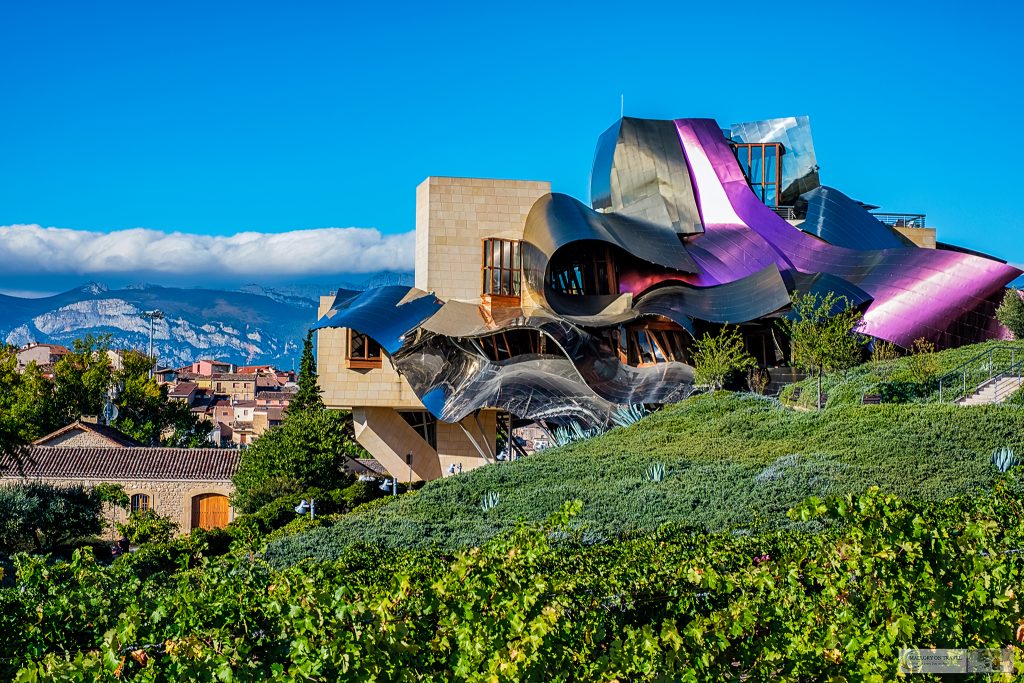 Marqués de Riscal or the City of Wine

Located close to the City of Wine, is Laguardia an attractive town in the Rioja Alavesa region. A few hours earlier, I had been walking the narrow, quiet streets, before enjoying lunch in Hospederia Los Parajes, a great little restaurant in the town. Exploring the charming villages of Europe and Green Spain in particular with a camera in hand is one of my favourite pastimes and Laguardia was an idyllic couple of hours idly passed.

“Sometimes it’s necessary to escape even a palace”

This is wine country 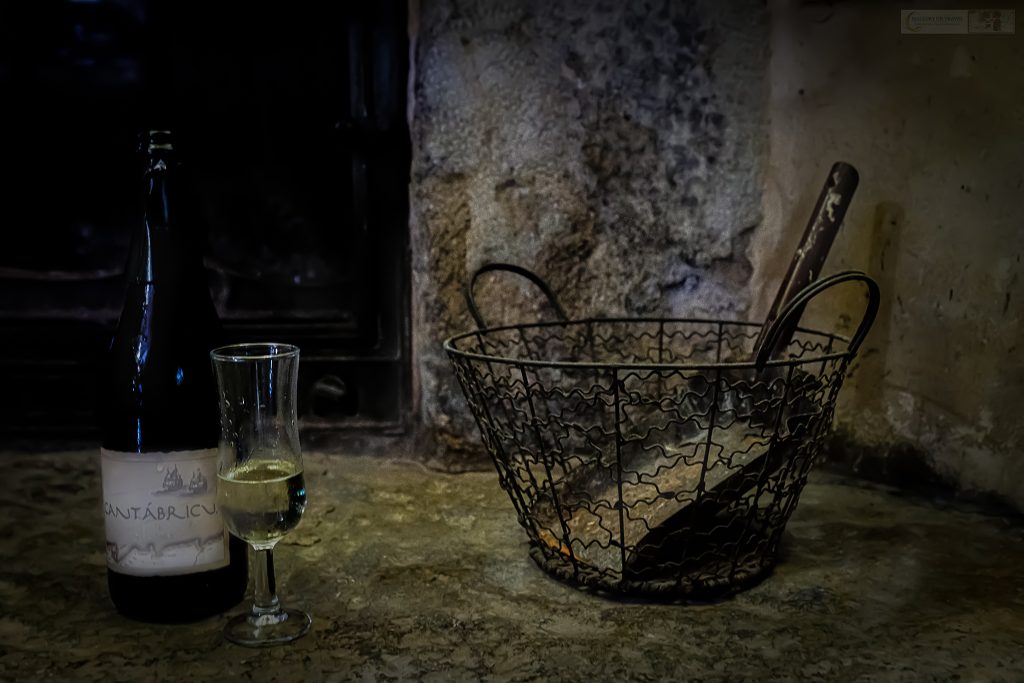 An Ensemble of Palaces

In Comillas, a special treat, two palaces for the price of one, including the Antoni Gaudi designed “El Capricho de Gaudi” and the “Palacio de Sobrellano”. Gaudi was commissioned to design El Capricho in 1883 as a summer villa to the nearby Palacio de Sobrellano del marqués by Máximo Diaz de Quijano. I wasn’t too surprised to discover that the English translation of capricho is whim as the building is eclectic to put it mildly. The initial motivation behind building the palace and the design itself seem products of whim. 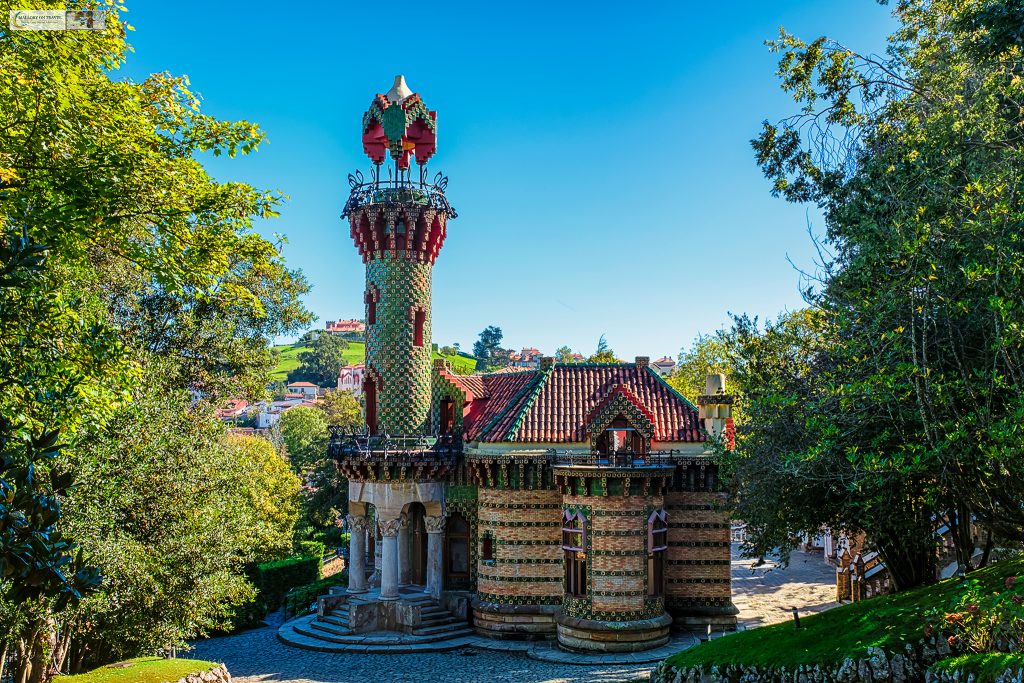 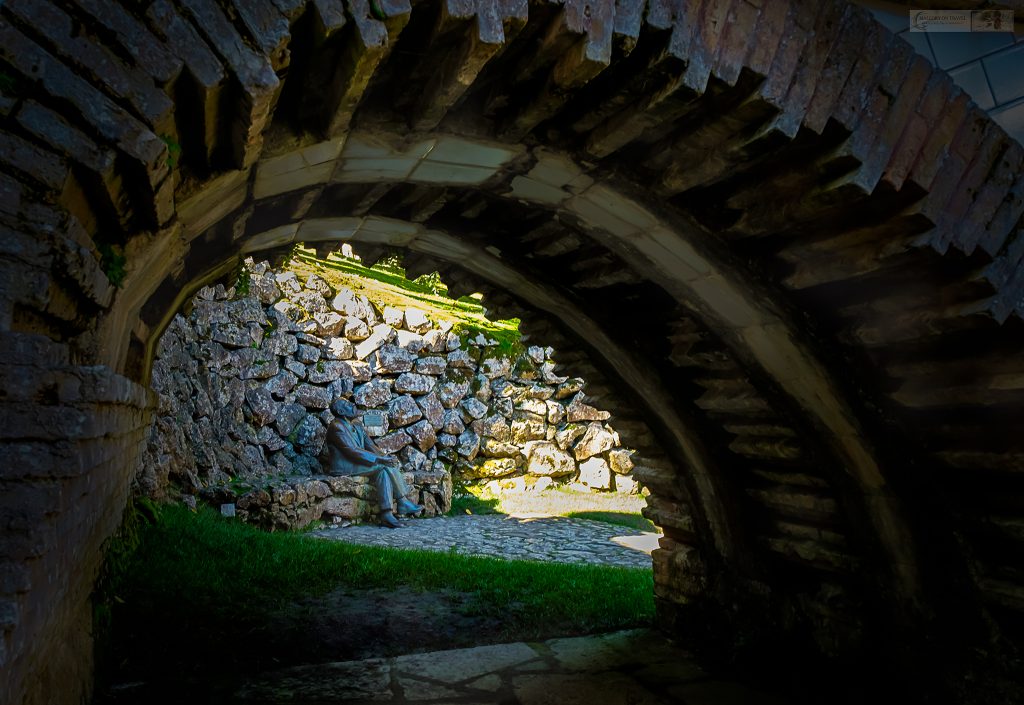 One of Gaudi’s early creations, with a tower known as the Persian Minaret was built to suit the tastes of a musician. There are numerous references to music, notes around the minaret, and of course a capriccio is a flowing, free-form composition, while the Capricho árabe is a classical piece for the guitar by the Spanish composer Francisco Tárrega.

Musical instruments feature on some of the stained-glass windows, but the most charming windows were on the upper floor, chiming melodiously as they are lowered. A pleasant surprise, which brought a smile to the face of all within earshot. 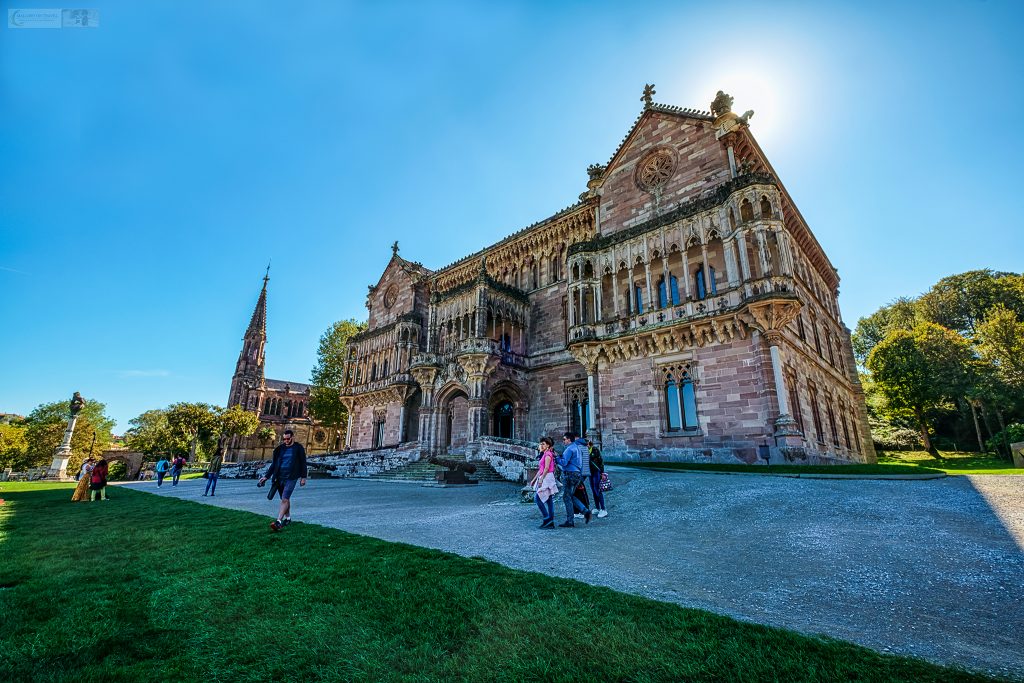 The much larger neo-Gothic Palacio de Sobrellano was designed by Modernista architect Joan Martorell. Completed in 1888, several years after it’s summer villa and is now a museum owned by the Cantabrian government. Between the two palaces, there is a grand chapel, the Pantheon Chapel,  which completes the Ensemble of Sobrellano. These impressive buildings are stacking up, we now have three!

My favourite spot was a quiet, little corner outside El Capricho, where a statue of Gaudi himself sits staring up admiring his creation. Maybe he is considering whether he was too conservative or possibly it would look better in pink. 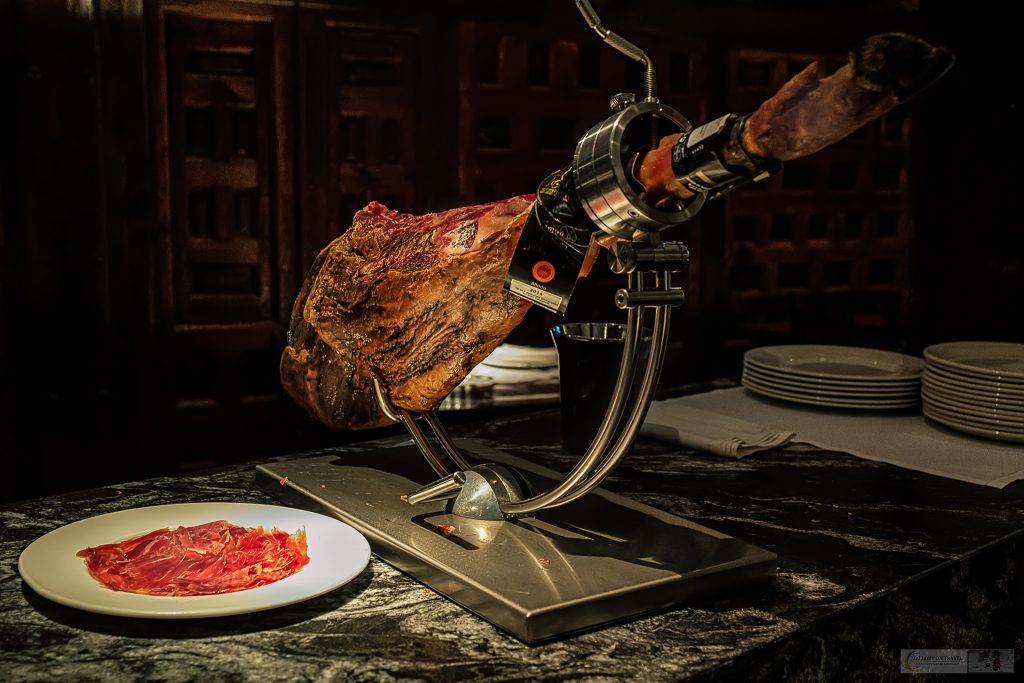 The region has a rich history, with a scattering of these spectacular buildings and some less grandiose palaces. Every reasonably sized town seems to have at least one palatial construction and for those that enjoy tracing the history of a destination through its architecture, there is plenty to explore.

Stepping back in time: Postcards from Prehistory in Altamira, Cantabria 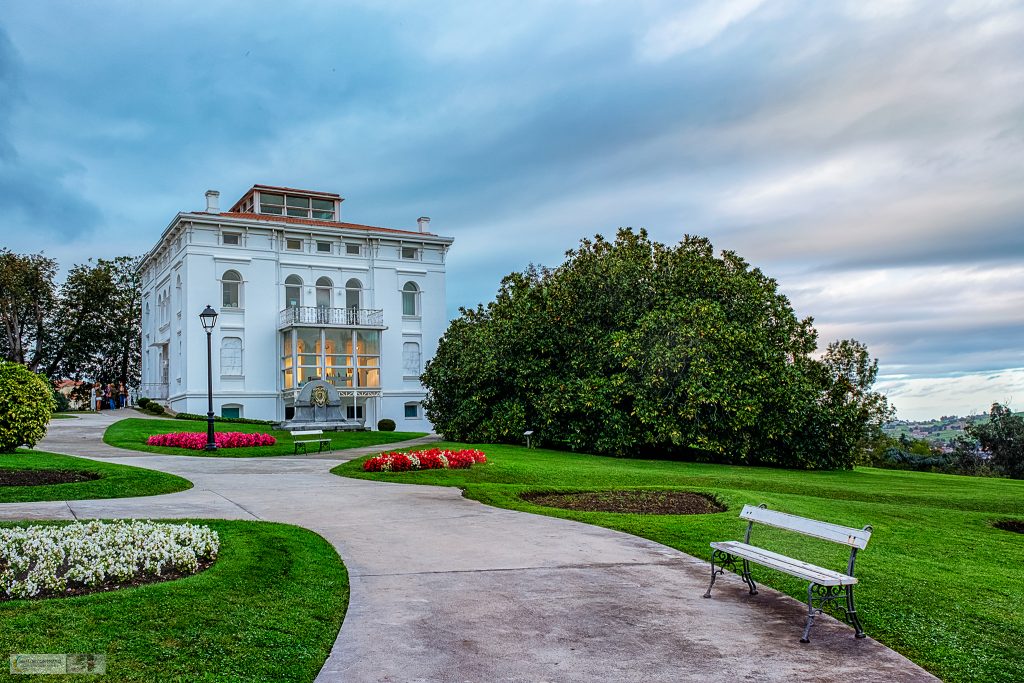 One of the regions smaller palace museums

I was grateful our group also fitted in a visit to the Altamira Cave and Museum, a favourite of this site and a must visit when visiting Cantabria, Green Spain. The kind of art I prefer to contemplate, though a glass of wine would be most welcome too.

I was welcomed to this region of Green Spain by the relevant tourism boards but as always all opinions are my own.