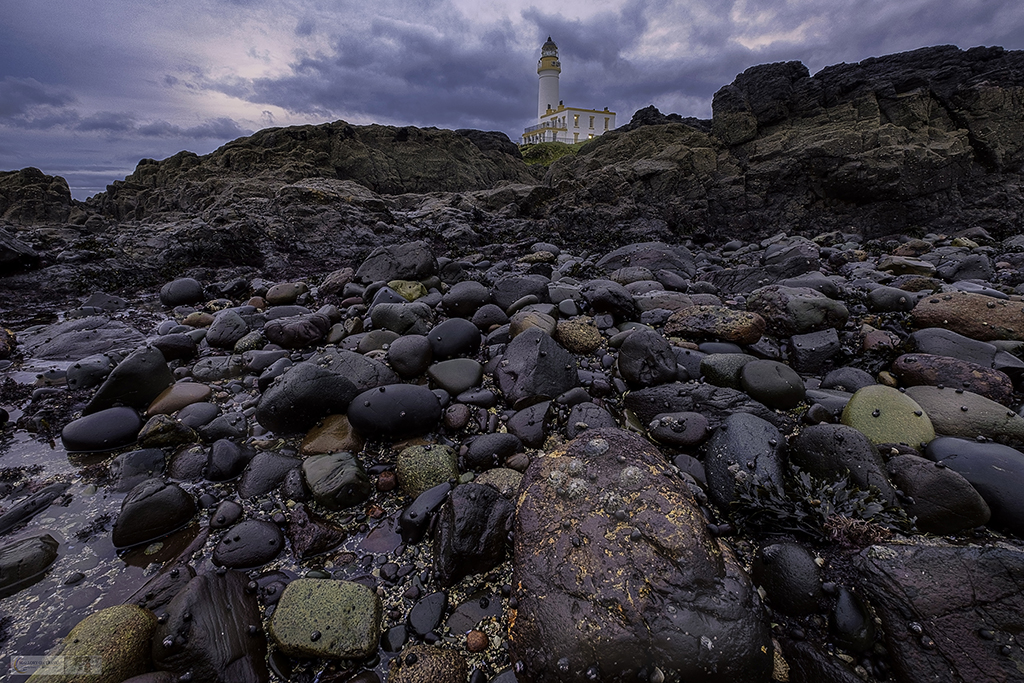 At last years World Travel Market in London, I had a useful conversation with the people at the Visit Iceland stand. I suggested the idea of writing an article on responsible campervanning around Iceland. There are numerous issues on the island with the local population not too happy. I’m glad to see that they obviously thought it a good idea, running a competition earlier this year for people to do exactly that.

As an experienced camper and active campervanning participant, I have an opinion on what is acceptable and what is not, but so do tourism professionals! This post is international, addressing the issues and benefits of motorhomes and campervans from a global perspective. It will examine some of the issues and look at how others have resolved them to the benefit of both the local economy and visitors.

A roadtrip with a difference: Greek Travels, Roadtripping In The Peloponnese

There are campervans, motorhomes and caravans. Caravans need no explanation, they are staying on campsites unless stopping overnight en route but there is a difference between a campervan and a motorhome. A campervan is a van that has been turned into a camper and a motorhome was built as a motorhome from new. The motorhome tends to be a larger vehicle with the body built onto a van chassis. The motorhome tends to come with everything you would have at home, on a smaller scale. They are often referred to as coach-built or A-class motorhomes. A campervan is typically built around a van like a Volkswagen, smaller, more mobile, and our vehicle of choice. That’s the science bit! 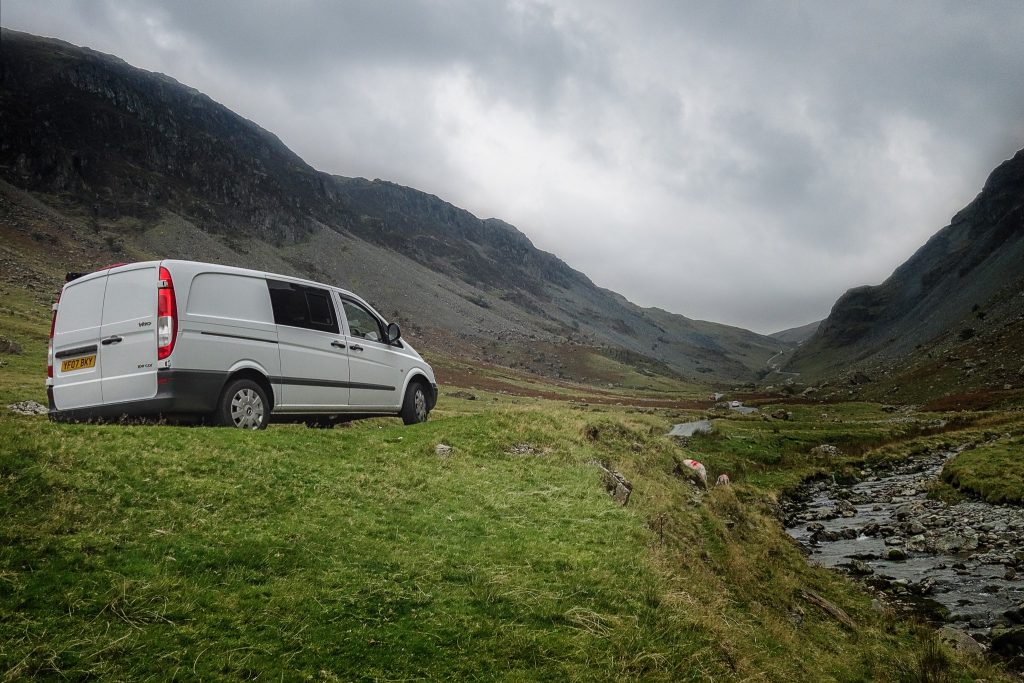 The benefits of Campervanning

Flexibility; usually remaining packed outside home with most of the things needed ready for a quick escape. Bedding, cutlery, crockery can all be left in there, along with some dried foods. Fill up the water tank, throw in some appropriate clothing, camera equipment and we can go anywhere at will.

Campervanning is cheaper than staying in hotels, discounting the initial purchase price, so it’s possible to go away more often and stay longer.

Mobility is a key benefit, touring is a joy, move or staying as required. Need to be up at 4am to photograph feeding ospreys, no problem, and without the risk of waking other guests. It’s also possible to go back to sleep for a few hours after dawn photo sessions….. and it’s not necessary to get out of bed to put the kettle on.

Plus, the pocket wolf can come too, he loves the camper! 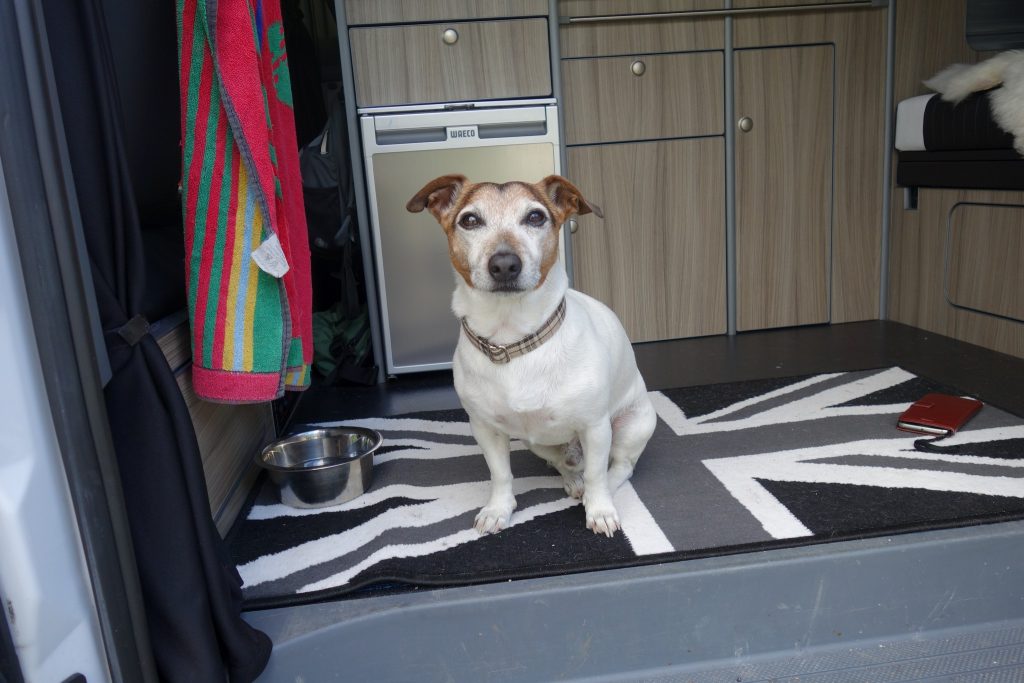 Campsites versus “wild” (technically, it’s not usually wild, but the term is universally used for not staying on campsites) camping.
I’ve done both, the majority of times, choosing to stay on campsites. The reasons for this are quite simple; I enjoy a hot shower, added security if on my own and in the colder months, an electric hookup to run my heater. Adding a gas heater that will allow more freedom to stay off site, without an electric hookup, should we choose to do so.

Why choose to stay offsite? Well, it’s not just about cost, there are those who will abuse facilities by staying offsite but driving into sites to fill up with water and empty toilets. That’s not us, it’s not responsible! Our main reason is accessibility of photographic locations; coastal or mountainous locations for dawn or dusk shoots are easier to reach when able to park close by. 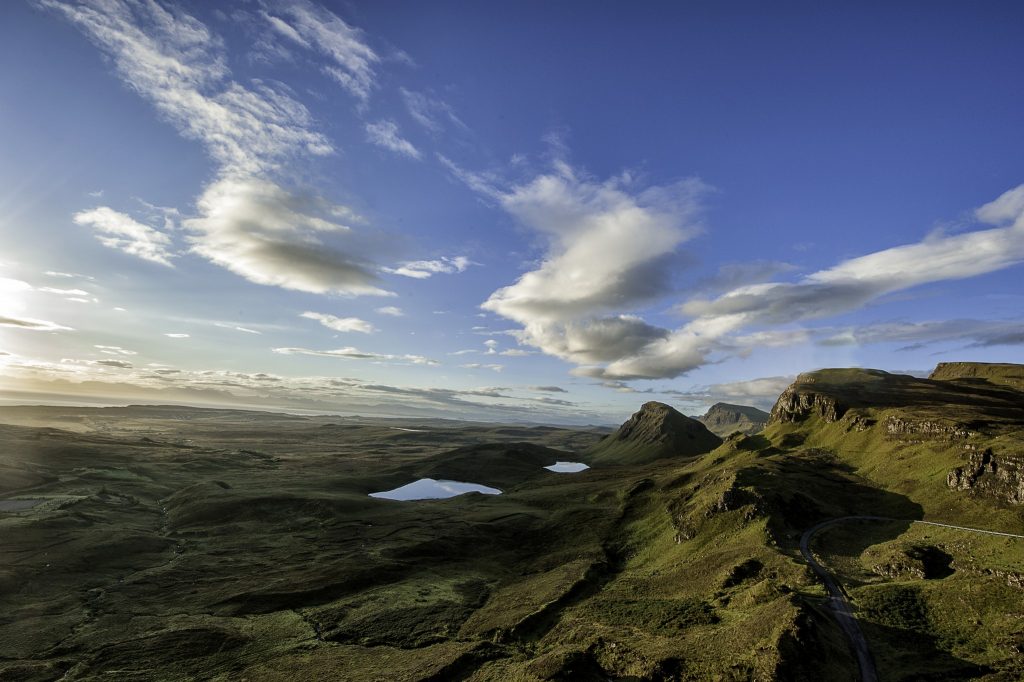 The Quiraing, Isle of Skye at dawn

Accepting that there is a responsibility to contribute to the economy of the places we visit, I do still precook some food to take with us. However, it’s important to ensure we contribute more than the diesel that goes in the tank. After all, sampling local delights, such as coffee shops, bakeries, pubs and restaurants should be part of the travel experience.

There are some interesting differences in how tourism ministries worldwide percieve the campervan or motorhome visitor. 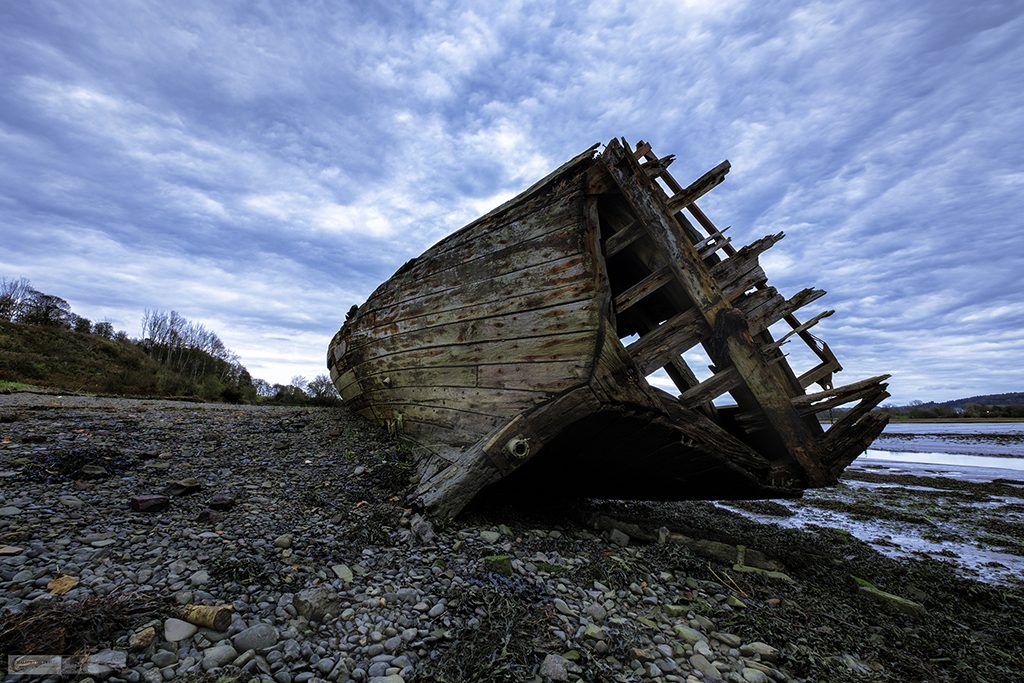 The Scottish Islands opened up the ferry routes to more motorhomes/campers, but the local member of parliament then wanted to levy a tax on them to pay for the lack of infrastructure! He has been advised that local communities rather like the extra £2m in income which they provide. The average motorhome contributing £500 per trip on food, drink, fuel, attractions, arts and crafts.

Touring the Scottish west coast: Roadtripping the Highlands and Islands of Scotland

The question is, who is going to pay for some extra parking places and some toilet disposal points. France has “aires“, stopover points for motorhomes, and most German towns have designated car parks. Canada signposts car parks designated for RVs, while New Zealand has created an entire industry based on campervan hire. It’s easy to understand where Iceland was going with the idea of creating a little fleet of these vans.

A problem has transpired, one of their own creation. It’s the unpleasant subject of effluent; what to do when out touring and the call of nature needs answering.

The issue in Iceland is that most of these ‘campervans’ are too small and poorly equipped, without any form of toilet. Therefore, when you’ve gotta go, you’ve gotta go, and many are doing so in inappropriate places, and also failing to clean up afterwards. Not surprisingly, the Icelanders are not especially pleased!

So having created a problem, their solution has been to simply to make it illegal to stop overnight anywhere other than a campsite. This seems reasonable at first, except there are too few campsites, and many are only open for a short season; it’s not solving the problem.

A better solution may have been to regulate the rental companies, ensuring every campervan has the necessary facilities. i.e a toilet. Then all that is needed are disposal sites which, with a decent toilet, which don’t need to be visited every day.

Visitors to Iceland are generally quite adventurous, the idea of hiring a campervan is not about being shepherded into a campsite. They want to be in the outdoors, enjoying the spectacular landscape of the country when conditions and the time of day are optimal. 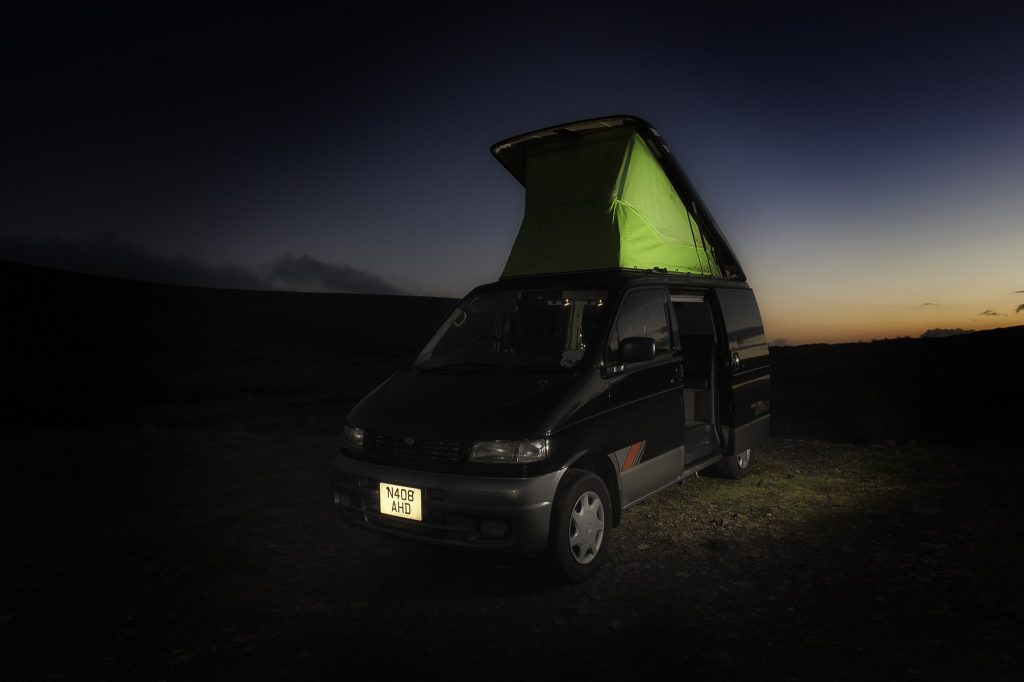 There is a body of opinion that campers don’t bring money into an area. Well, New Zealand would beg to differ with $486m brought into the economy in 2011, and it’s growing. That was campervan hire business but the Scottish Islands model proves that campers and motorhomes also contribute to the local economy.

The spend per day may not as high, but ‘vanners’ stay longer and often the total spend is higher than those spending a couple of nights in accommodation.

The sales of motorhomes is rising with a 16.6% increase in 2016, 12,332 new motorhomes were registered in the same year. Clearly the campervan/motorhome market is one that is growing rapidly and tourism ministries may have to adapt strategies to cater for and attract the right groups for them.

Camper vans are helping to drive tourism in a Scottish town called Hawick, as an innovative scheme allowing them to park in the centre of town for free brings trade into the town that would otherwise pass by. Thinking outside the box. 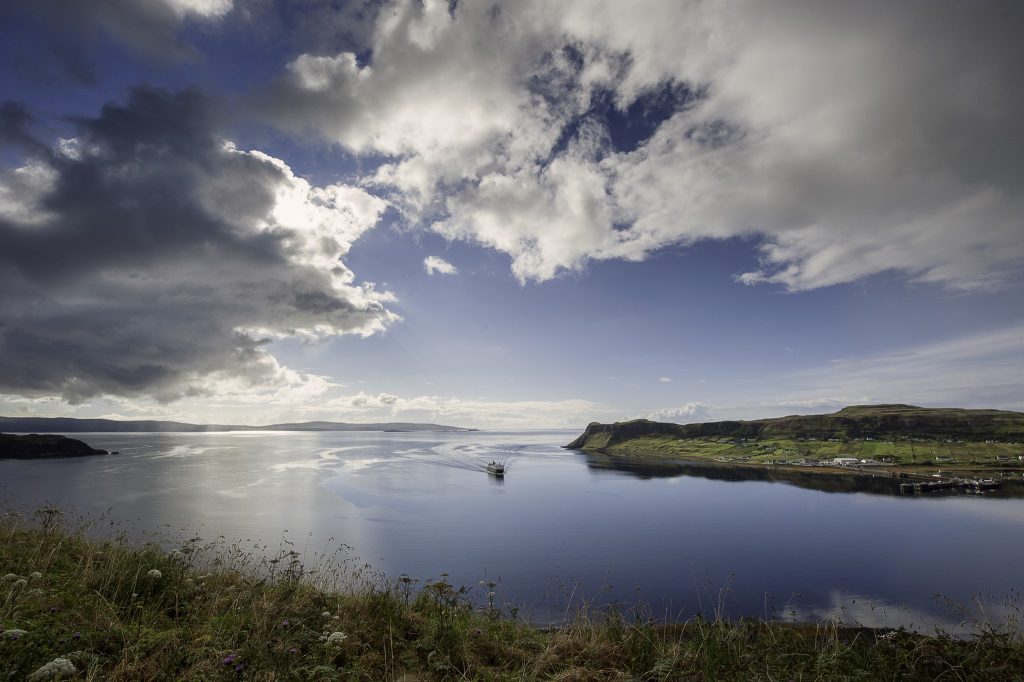 Ferry service in the islands of Scotland

Even within the camper van community there are a number of subsets.

‘Grey nomads‘ – retirees who use the pension lump sum to buy a camper and take off. They usually have a reasonably high disposable income and are happy to spend their time and money exploring.

‘Occasional breakers’ – using the van whenever they can get away from work, taking numerous weekend breaks as well as annual longer tours.

Young families – introducing their children to the outdoors and adventures.

Specialists – such as photographers and other outdoor pastimes, using the van as a base to photograph, cycle, walk, climb, dive and kayak. 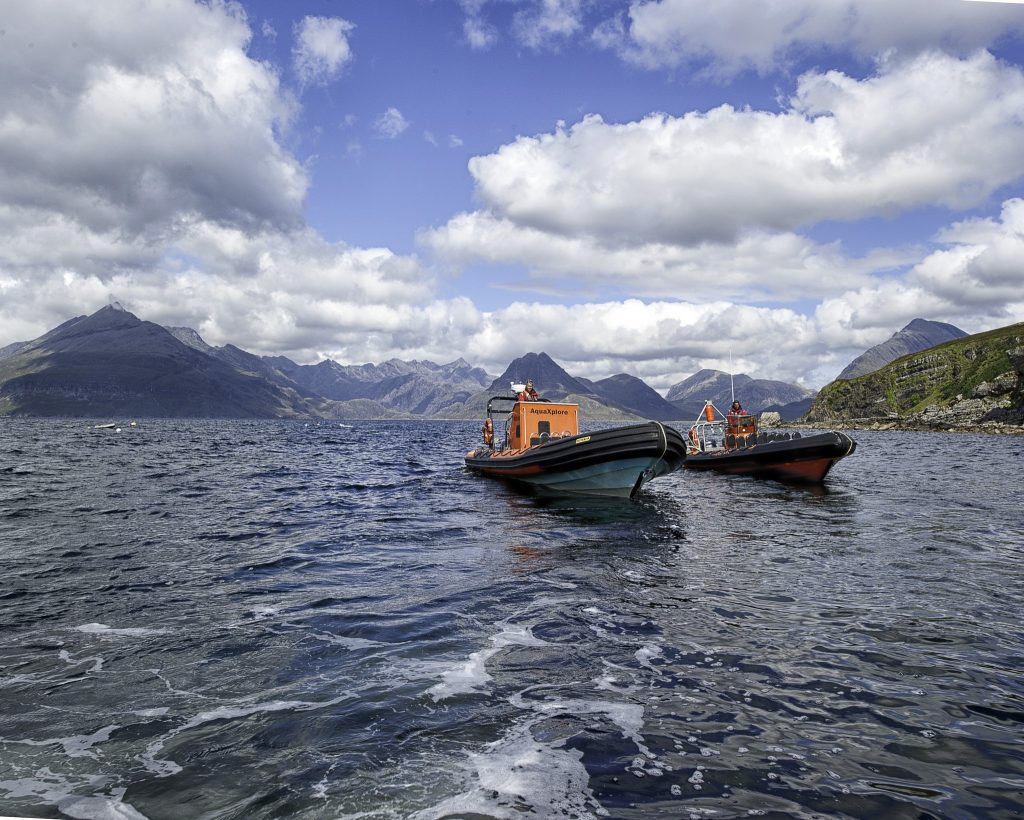 Last but not least, there are those that once would probably have been referred to as ‘hippies‘. Leading an alternative lifestyle., dropping out of the normal routine of societal work/leisure., known as ‘vanlife‘.

I can understand where they are coming from. The majority of a young persons income these days goes on rent and that’s dead money. Include taxation for purchases and ever upwardly mobile energy bills, there is little disposable income left over for anything else.

Staying with parents, or teaming up with friends in shared accommodation is often the only answer. House prices are at an all time high, so home ownership for twenty or even thirty somethings is often well beyond their budget. With modern communications, it is usually possible to work from anywhere on the planet and the rise in the ability to monetise social media has given birth to this happy, growing tribe. Living and working on the road, without the wasteful cost of rent every month they survive on more modest incomes, which go much further, allowing them to experience as much as they can in their prime years and honestly, who can blame them?

Around the Yukon by car: Tales from the Road – The Yukon

What they rarely do is inject large amounts of cash into local economies. Yes, they use the supermarkets, the launderettes and they buy fuel. However, eating out is usually a rare treat, spa treatments like rocking horse poo and ‘free’ overnights are their preferred choice. They only pay site fees when they need to recharge batteries or use chemical disposal points.

Essentially they may not seem ideal targets for the tourism industry, but they will be attracted to hubs of tourism regardless. Therefore, it seems beneficial to research their needs and find ways to induce them to spend some money in destination.

So, down to brass tacks, what are my top tips for responsible campervanning?

1. Don’t be a messy camper! There is a wild camping phrase, “leave no trace” it applies equally to campervans. Don’t leave litter or any human waste behind. Don’t park irresponsibly, chewing up grass verges or damaging the flora.

3. Don’t park where you are likely to cause issues or interference. Be mindful of emergency vehicle or farmer access, including potential vehicle widths.

4. Don’t light open fires unless it is safe. Ensure they are properly extinguished and leave no trace. A portable fire pit is a worthwhile accessory.

5. Don’t empty a chemical toilet anywhere other than a designated waste site. They upset the sewage treatment process.

6. Don’t hog a spot. If you are fortunate enough to find a stunning stopover, i.e. almost anywhere on the Scottish west coast, don’t overstay. A night or two as a maximum, move around and share the good fortune.

7. Leave only footprints, take only memories and photos, lots of photos!

All common sense, enjoy the freedom a camper provides, be considerate and try not to adversely impact on others. 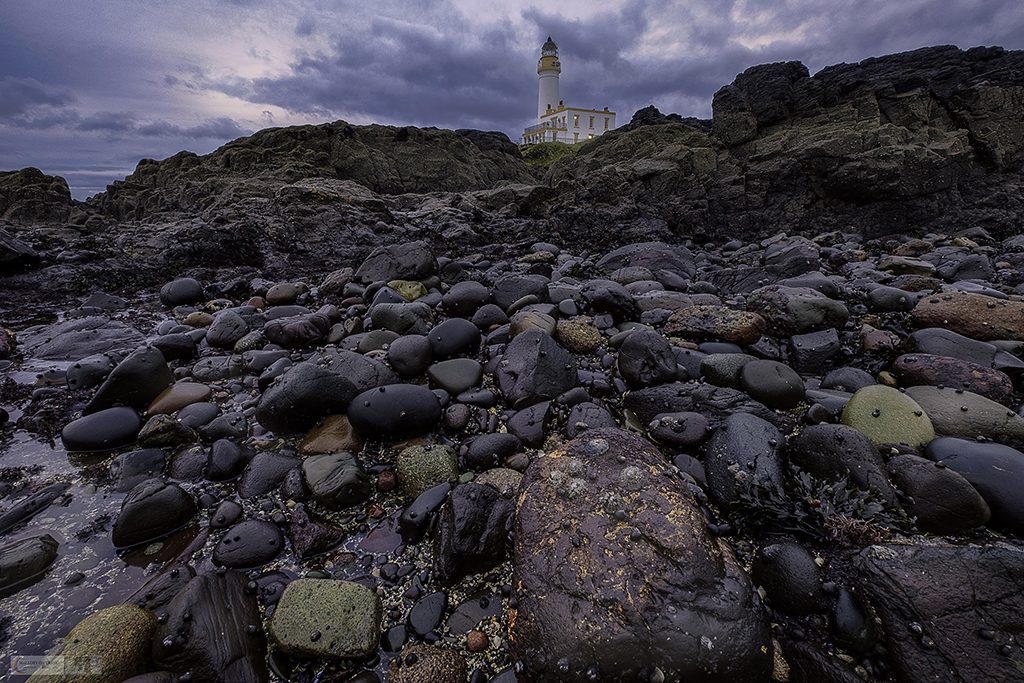 Are you a campervanner? Do you have anything to add or tips to share, please add your comments below.