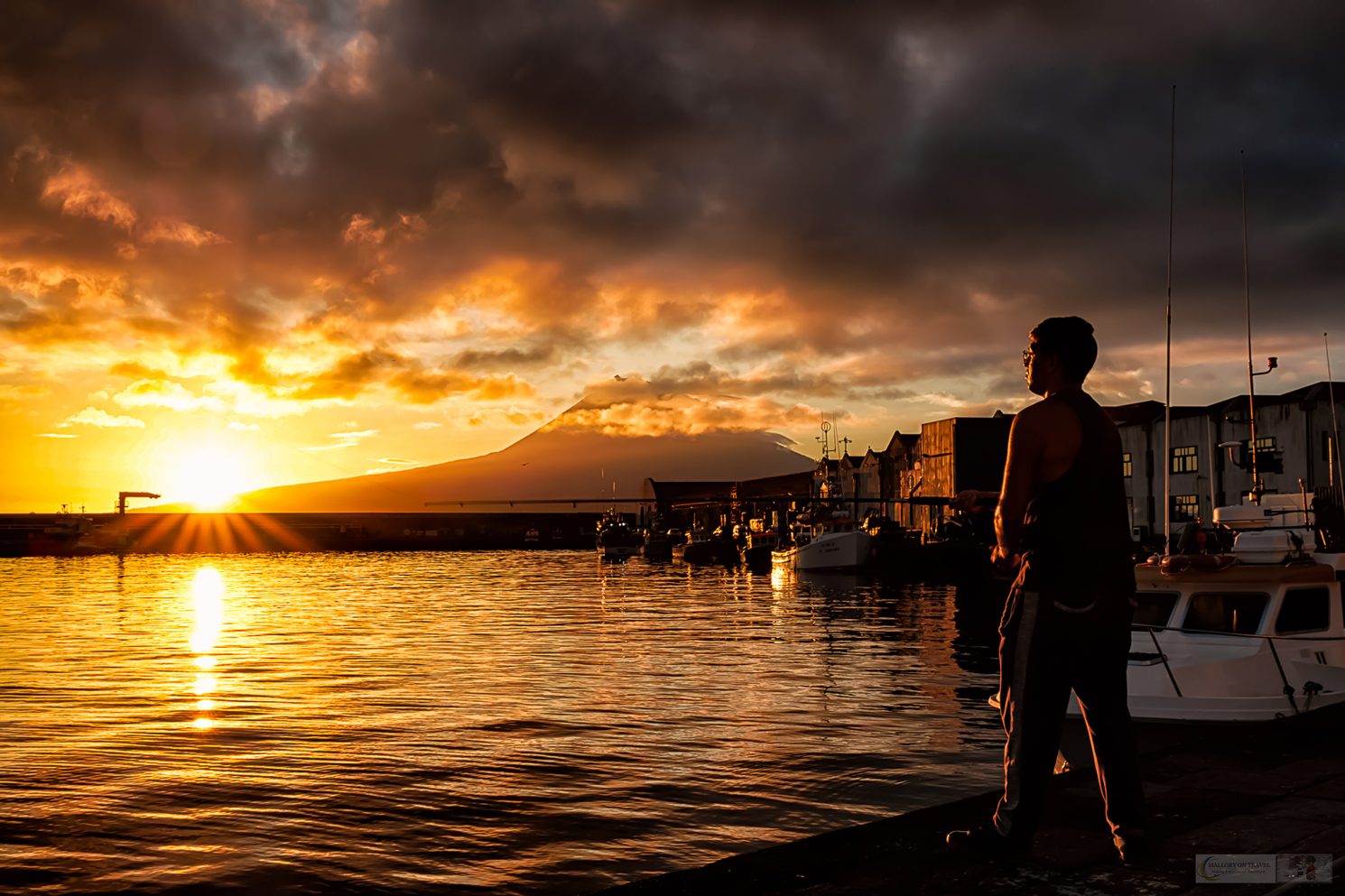 Less than five minutes after picking up the rental car from the airport on Faial, one of the nine islands of the Azores I was already pulling in to take some shots. The subject of this unmissable shot? A couple of cows, in a small field with a row of palm trees, this may not seem the most inspiring image, but it seemed to speak about the culture of the island. 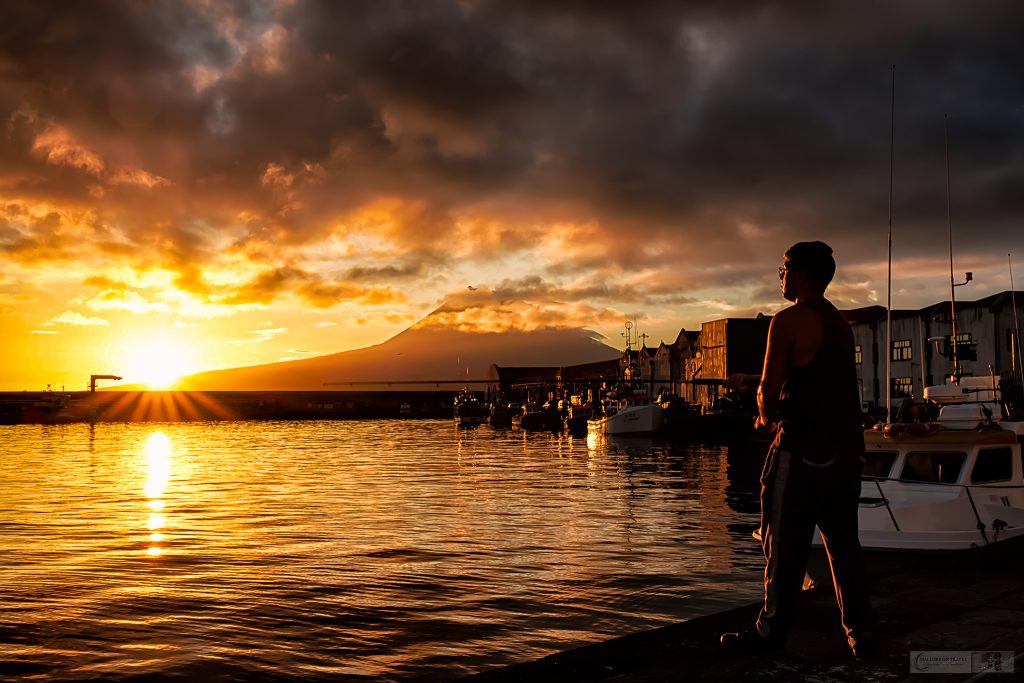 This was to set the tone for the whole trip, the pace of life on the Azores archipelago, and the regularity that the rental car would be pulled over, the car thrown open with me erupting from the driver seat clutching a camera. 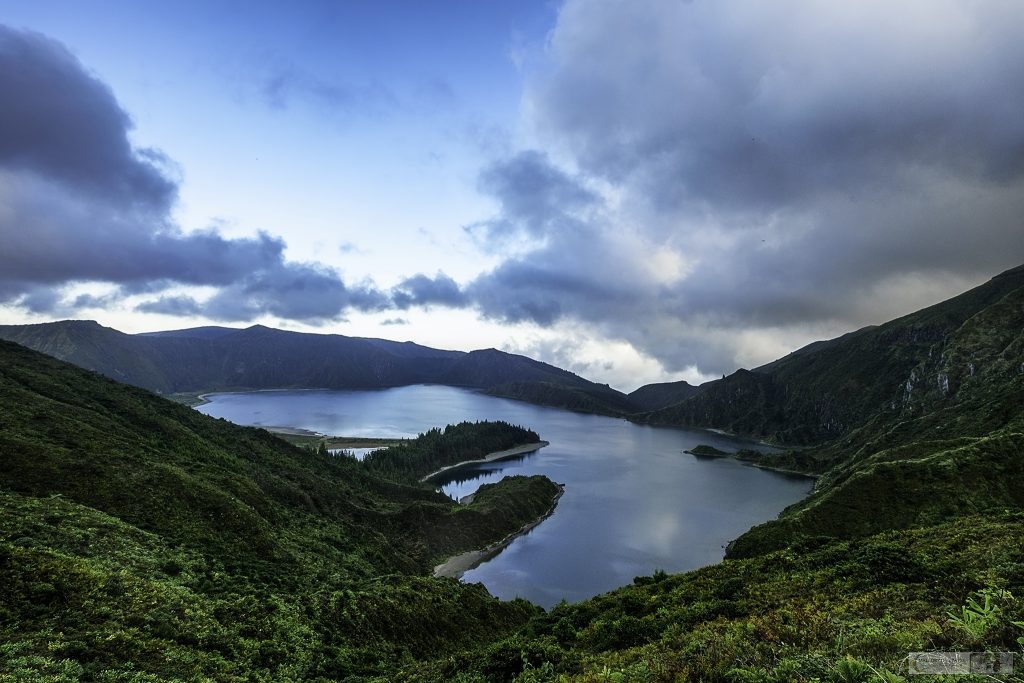 Appropriate, as the islands are volcanic, spawned from the heart of the earth, in a series of geothermic seismic spurts, formed in three main groups. Each island is individual, with a distinct character, similar, yet different. There is still geothermic activity, with geysers, known locally as “caldeiras” bubbling metres away from the pavements of Furnas. There was even a submarine eruption as recently as 1957 at Capelhinos on Faial, and it’s possible to have a geothermic cooked meal at the village of Furnas on São Miguel. 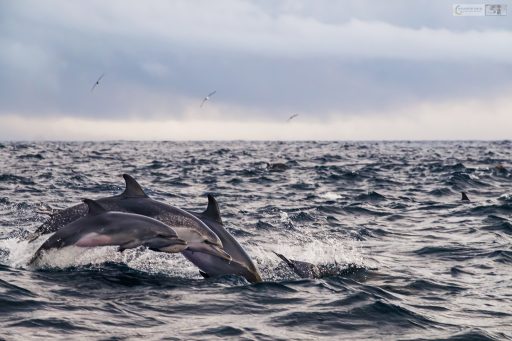 Yes, I did, but recommend arriving hungry, as the plentiful meat choices and accompanying veggies could feed a family of four for a weekend! I was a miserable failure, barely managing half a plateful.

My short trip only involved visiting three islands, Faial, Pico and São Miguel, but even so there was plenty to explore, and discover on each of these very different islands.

The Azores are a popular whale watching destination, and although the whale watching season was almost at an end, I experienced two encounters. The first out of Lajes do Pico and then from Vila Franca do Campo on São Miguel. The sperm whales which the Azores are famous for didn’t come out to play and it was too late in the season for blue whales. However, there were sei whales and even a super pod of spotted dolphins, so impossible to be too disappointed. 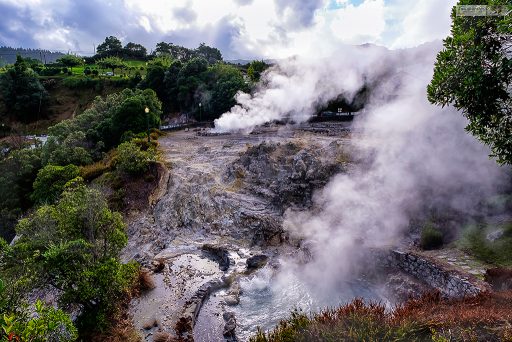 Faial and Pico are located at the western end of the archipelago, along with São Jorge making up the “Triangle Islands“. Separated by a short stretch of water, taking about 30 minutes by ferry between Horta and Madalena. The view from either island is usually dominated by the hulking Mount Pico.

Driving around it was pleasing to have to wait for herds of cows to cross the road, or witness lone cows wandering down the road, as they were generally quiet, these were the only traffic jams I encountered.

Seeing groups of men gathered on benches, street corners or outside coffee shops, discussing the problems of the world or more likely gossiping about village life caused me to smile on many occasions. A sign of rustic Europe, they appear in almost every small village and town, indicative of a way of life that is unhurried.

And when visiting the Azores, why would you want to rush?

Watch this space for more from Portugal’s dose of paradise in the Atlantic. 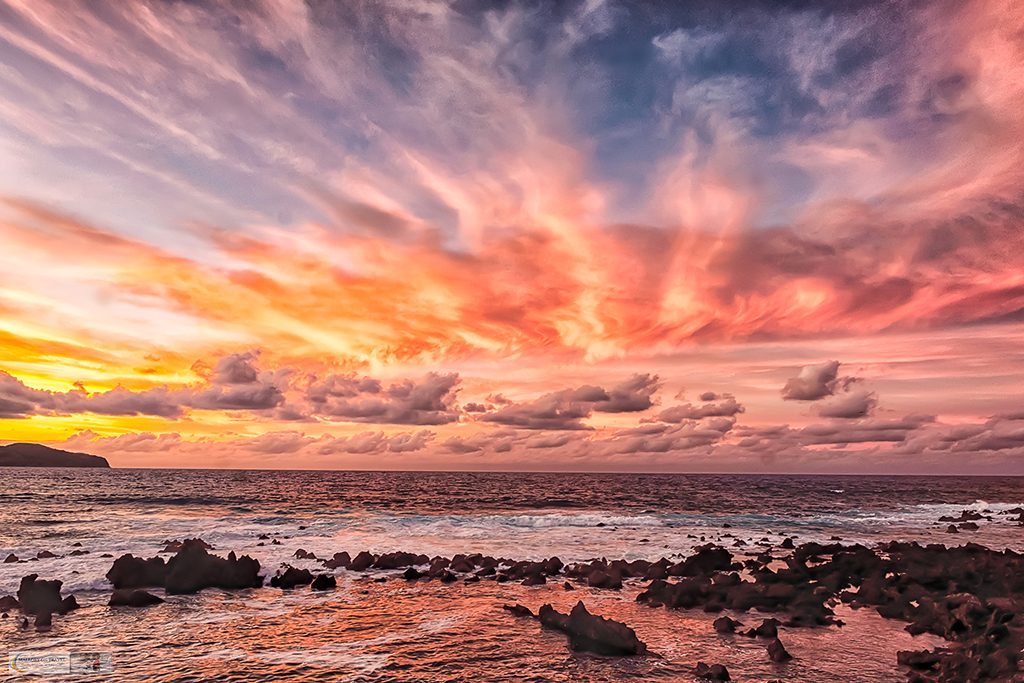 The sky and sea are on fire, Madalena, Pico


Getting there: Azores Airlines operates globally with flights from most of Europe, North America and northern Africa.

Getting around: Several car rental companies operate in the Azores, but Ilha Verde appears the most accessible, operating throughout the archipelago.

While flights are required between island groups within the archipelago, Alantico operate short ferry crossings between several islands.