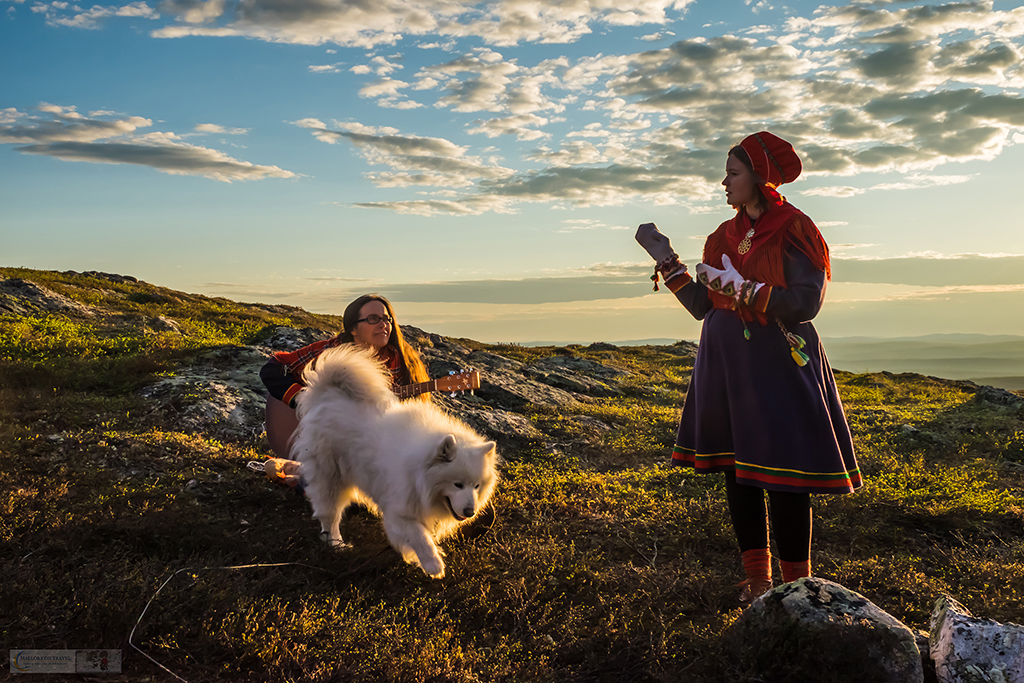 It was slightly eerie, standing on top of Kilopää, in northern Finland as the hands on my watch slowly registered midnight, the sun still high above the horizon and the blue sky marbled with high fluffy clouds. This is what nightless nights in Finnish Lapland feels like, well inside the Arctic Circle, even several weeks after the summer solstice, the sun just doesn’t set. 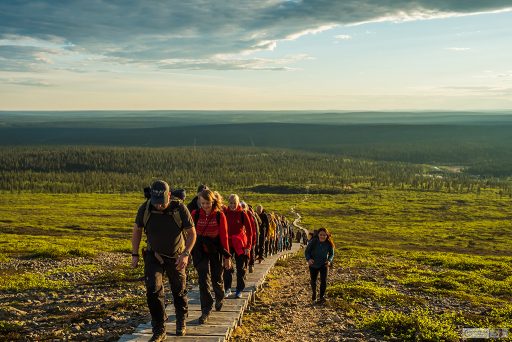 On the march up Kiilopää

Our group of twenty or more keen photographers had hiked up, in an orderly single file from the car park several hours earlier. It had been basically broad daylight, and we were greeted at the top by local singers …… and their dog! Adding to the surreal feeling of the experience, we were then entertained for nearly an hour while they performed traditional songs, including some authentic Sami yoiking, which is a little like melodious yodelling.

The dog, a beautiful Samoyed, merely lazed around, posing for photographs and basically looking attractive.

Read about the aurora in the Arctic: The Northern Lights; Spectacular Auroras inside the Arctic Circle 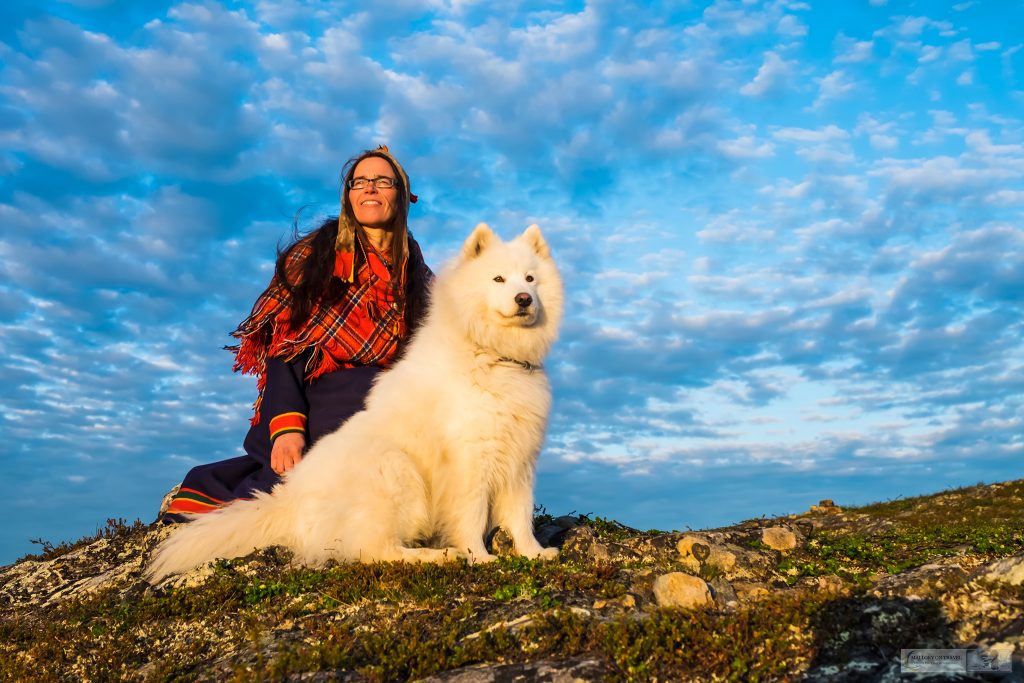 A nightless night on Kiilopää 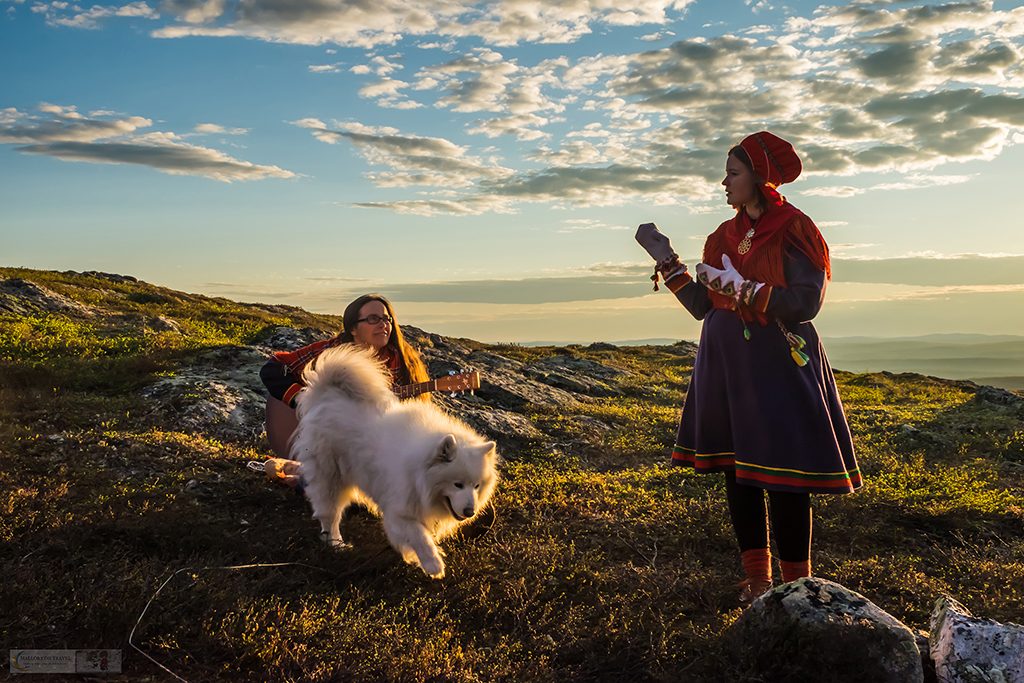 The sun seemed to skim, low across the sky, just above the distant horizon, providing some lovely light for photography. The landscape bathed in that golden glow usually only reserved for that short period either side of dawn and dusk. This also provided the mountain scenery with texture, and depth, the heather-like undergrowth becoming the battlefield between light and dark, though this time it lasted for many hours.

We were in the Inari region of northern Finland to attend a photography workshop, making the most of the long summer days of ‘nightless nights’, which often provide some beautiful light. We were privileged to have several high profile instagrammers as presenters, sharing their philosophies, knowledge and stories to provide some inspiration.

It’s very interesting to hear the stories of creative people, where they came from, what inspired them and what continues to motivate them to drag themselves out of bed on early mornings or stay up late at night. It wasn’t only the presenters that impressed however, there were several talented photographers within the attendees.

Read about my other Arctic adventure: Adventure in Svalbard; At home inside the Arctic Circle

I found myself getting on well with Jarmo, a Finnish petrol head that enjoys nature, but is also a keen follower of the rallying which is popular throughout Finland. After sharing some of the whisky in my flask, we swapped stories, enjoyed a few laughs and photographed a ptarmigan on our way down. As most of us fell into bed it was early morning, yet, it still was not dark. 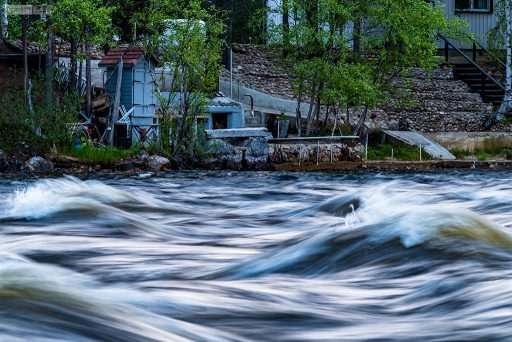 “Constant light takes some time to become accustomed to, either that or some very thick curtains!”

The following night, we had been set a challenge, to capture a photograph which met the theme of “Feel the Distance“.

A bus had been laid on to transport the attendees around some local areas, and then it was up to us, to find a suitable image to fit the theme. Jarmo and I decided to skip the initial ride out to Kilopää, and instead see if we could find something to inspire elsewhere. We tried some cliched long road shots and saw a couple of reindeer, but were soon back with the others on the bus. 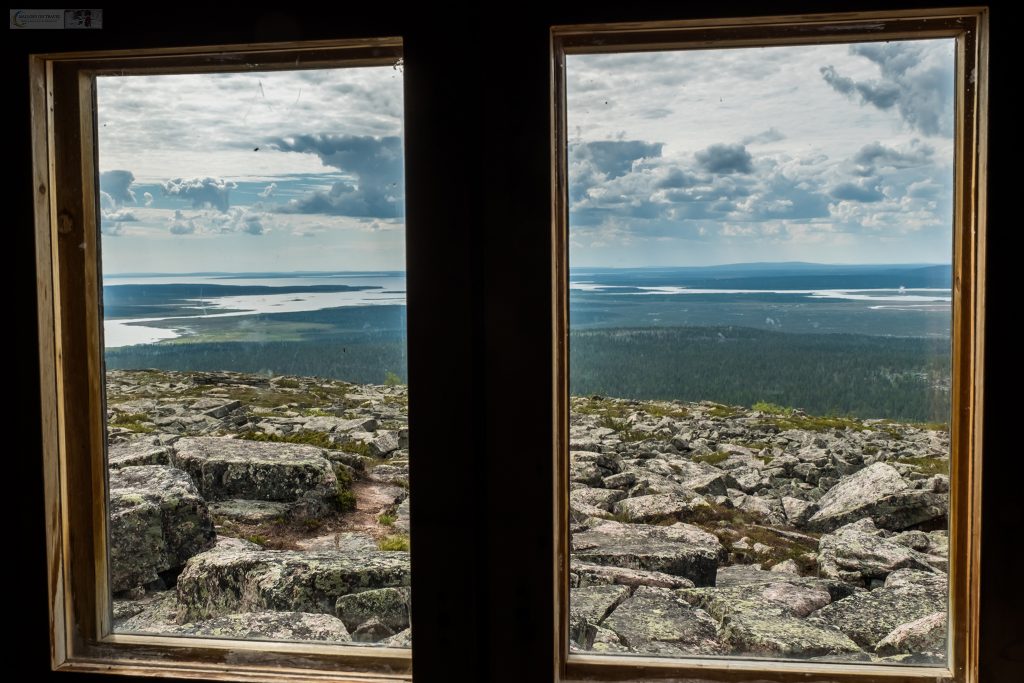 Hut with a view

For several hours, the bus dropped us off at a few likely locations, taking shots of people looking starry eyed into the distance, or on rocks contemplating, roads, groups of islands or electrical pylons stretching away towards the horizon. I witnessed people becoming quite creative with fallen trees and props, like compasses and beer cans, it was fascinating to observe photographers being imaginative, and their different takes on the theme.

At nearly 4 am the bus finally dropped us off at the hotel in Saariselkä, to submit our images and yes, it was still light when each of us climbed into our beds about thirty minutes later.

Here are my submissions on the theme, what do you think, did I hit the mark, can you ‘feel’ the distance?

Being far inside the Arctic Circle at the height of summer, during that period of nightless nights, when the sun never actually goes down is a strange, but exciting experience. The workshop was over all too soon, many of us hanging around a further day, enjoying a barbecue and each other’s company, before saying our goodbyes and parting our ways, most returning to places where it is dark when we go to sleep. 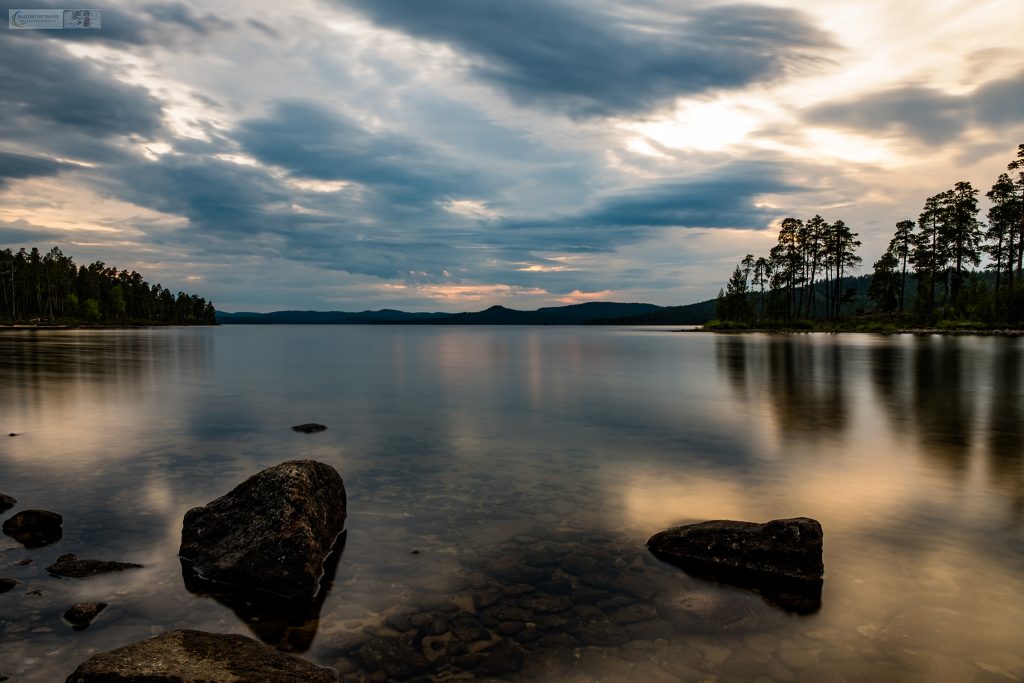 
Finnair operates throughout Europe, flying into Helsinki and daily flights from the Finnish capital to Ivalo airport throughout the summer months.