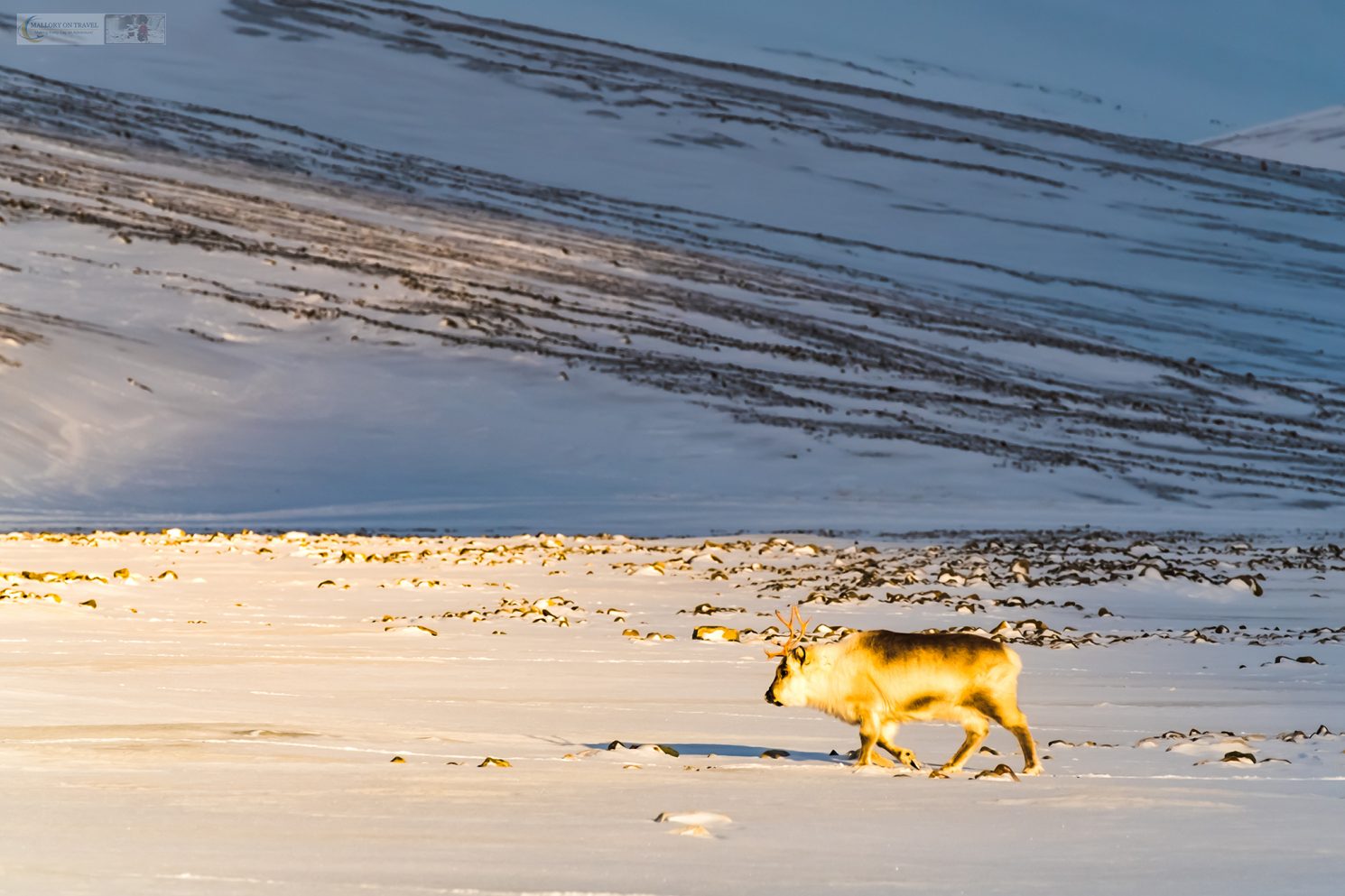 Stumbling around in the deep snow of Swedish Lapland, surrounded by several hundred reindeer, without any sign of Prancer and Dancer, or Donner and Blitzen, yet I could see the appeal for Santa. There wasn’t any Rudolph either, these animals were owned and cared for by the Sami, the indigenous people that have, hunted, traded and herded throughout northern Scandinavia for generations. 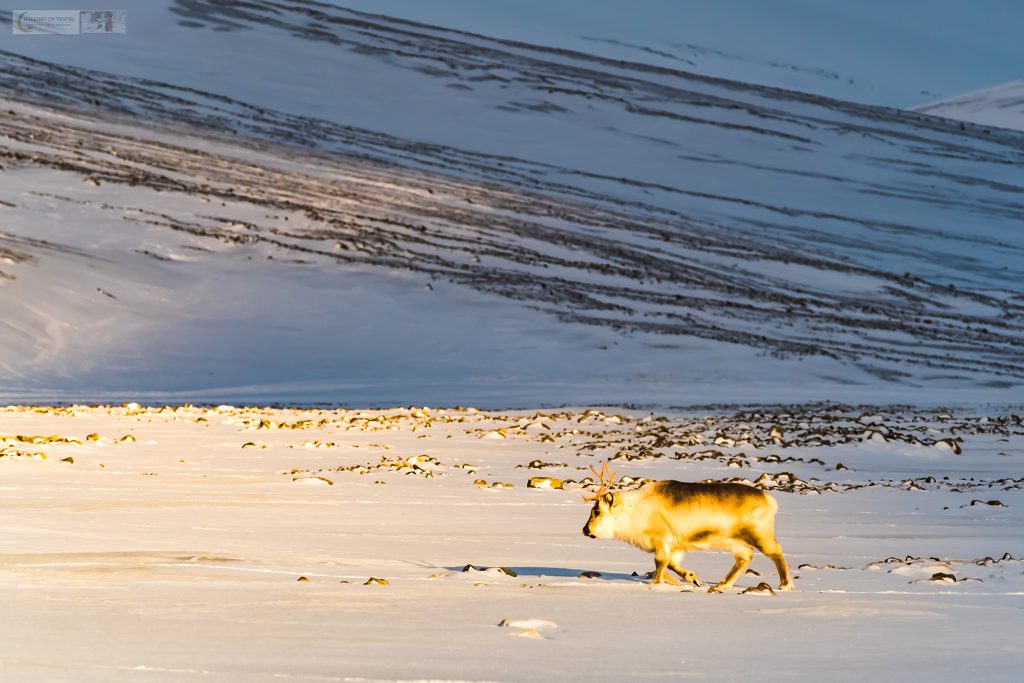 I was a guest of Lennart Pittja, owner, founder and guide at Sapmi Nature, a tipi camp, located need Gällivare, which enables guests to get close to nature in the wilderness of the Arctic Circle, in Swedish Lapland. Except as Lennart had explained to me, this isn’t a wilderness, it is a cultural landscape, roamed by the Sami for centuries, since the beginning; this ‘wilderness’ is the Sapmi.

This was my first real encounter with reindeer, the property of Kenneth, big brother to Lennart, and he was assisted in herding the animals by his son, Parra. Their lives revolve around the reindeer, guiding them along historic migration routes, the whole family involved in caring for them. 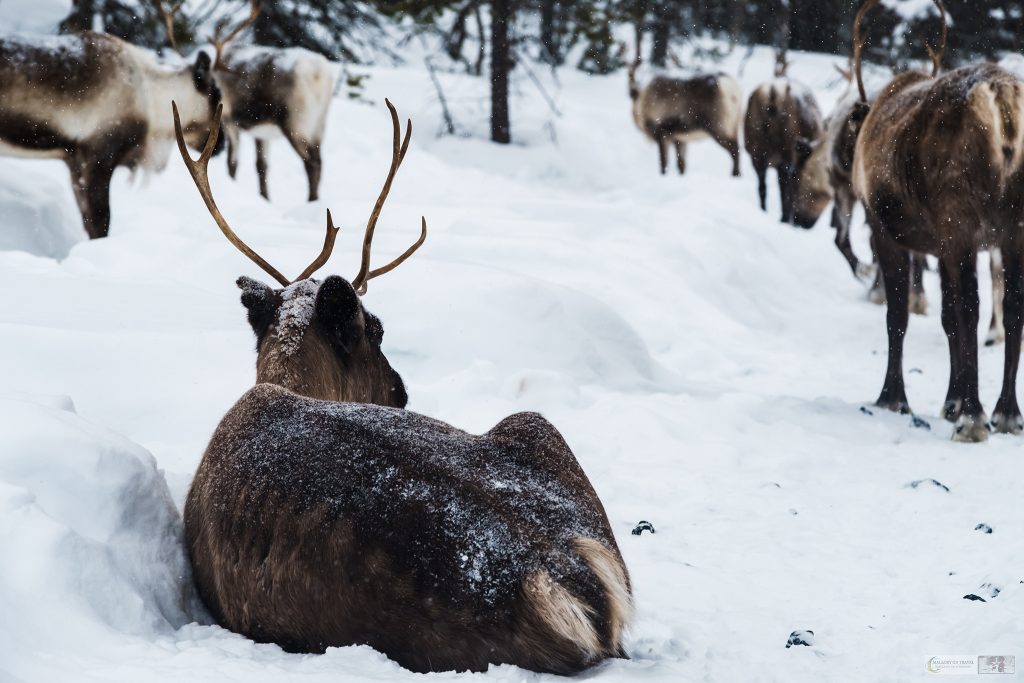 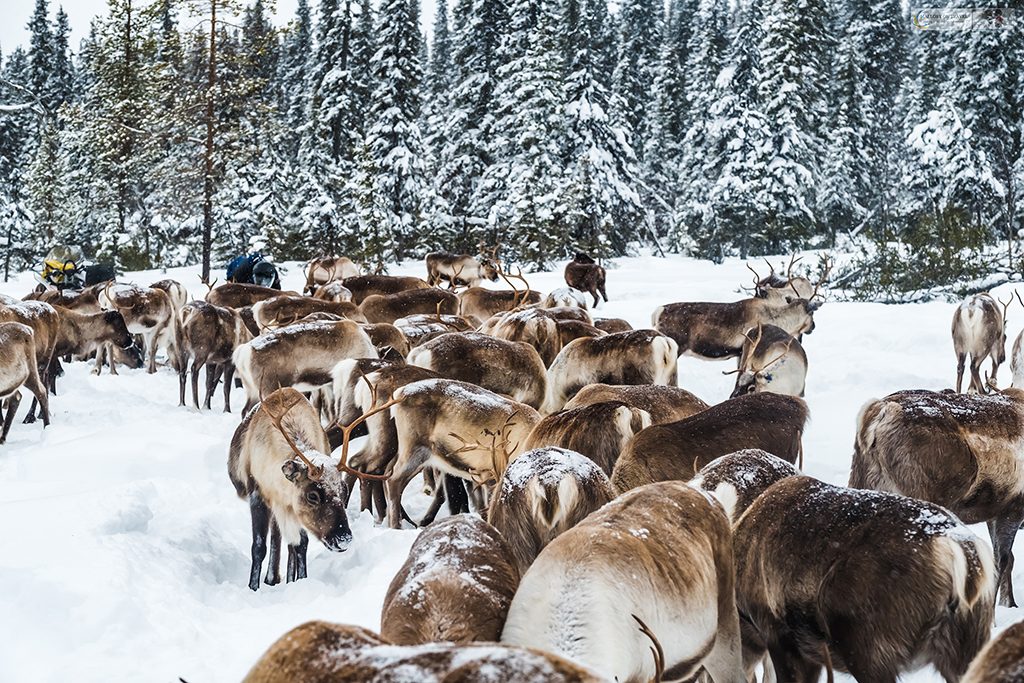 Kenneth was mildly bemused by my clumsy stumbling around, photographing his animals, asking him to cut down some trees with his chainsaw, a task they perform regularly to allow the reindeer to feed from the higher branches. Despite his bemusement, he kindly obliged. Their diet is supplemented by high nutritional value, commercially produced feed, keeping them in peak condition. 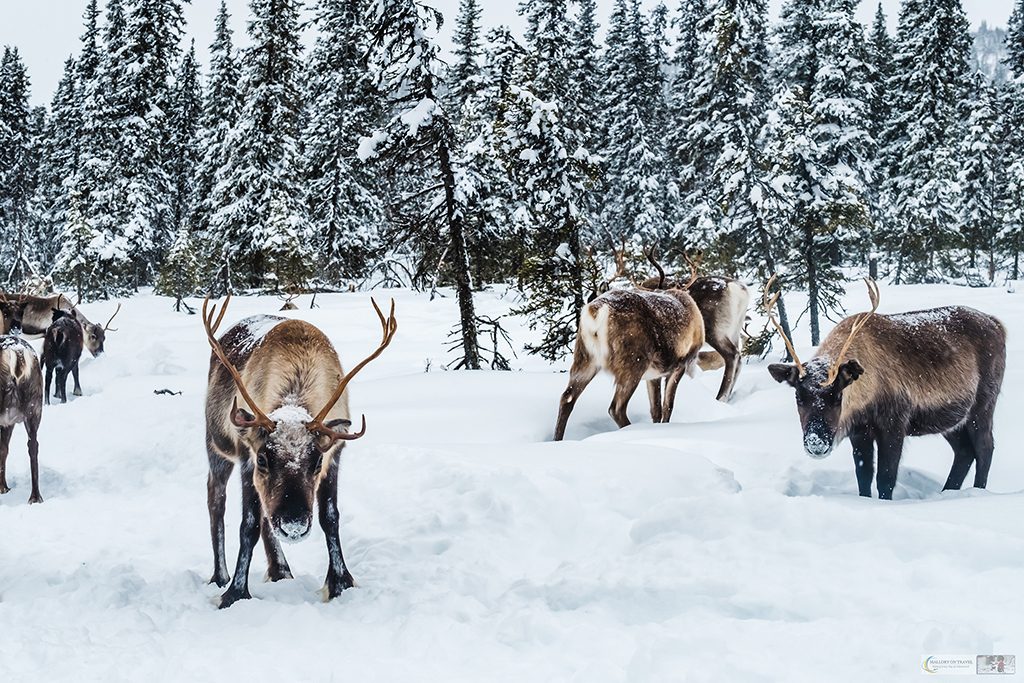 Life is tough, winters are long, cold and require the herdsmen to be out in extreme weather conditions. Although they now have modern machinery to ease the hard, physical nature of their lives, snowmobiles and chainsaws, it is obviously still challenging.

Kenneth, asked me “how do you like our winters then?“

He openly laughed out loud, when I replied, “they’re cool” his mocking evident, however in my defence, the cold dry of Swedish Lapland maybe harsh and extreme at times, but it still seems preferable to the cold, wet winters back home. Even so, a week is easy to survive, it’s unlikely I’d have been so flippant half way through a full winter. 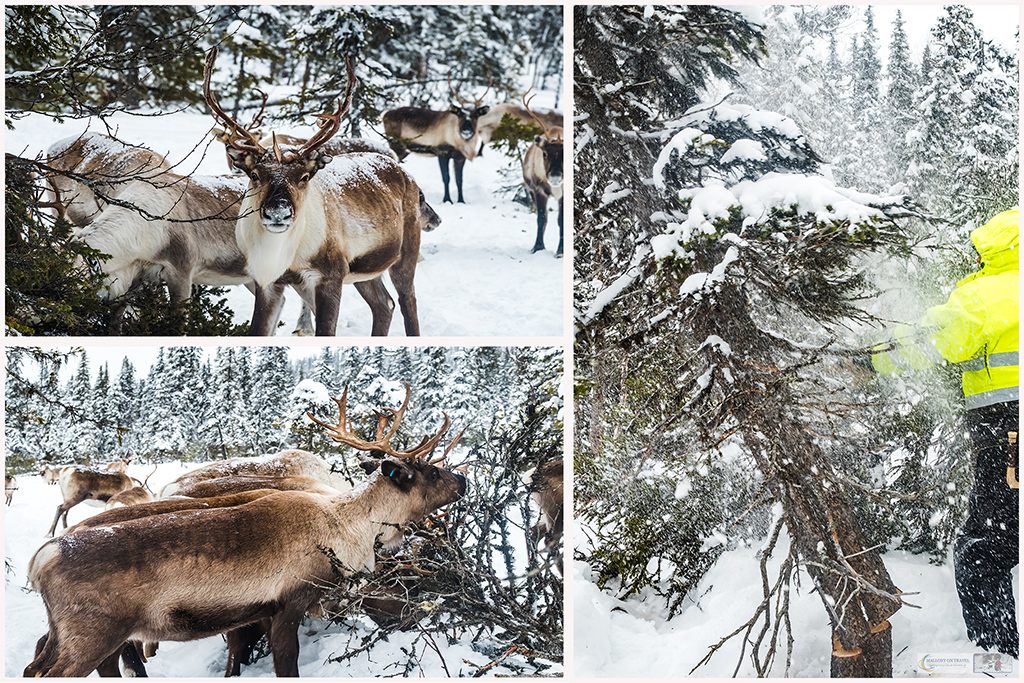 When the sun shines however, the cultural landscape of northern Sweden is stunningly beautiful, pristine snow fields, pine forests loaded with fresh snow, frozen lakes and rugged mountains, not forgetting the reindeer of course. 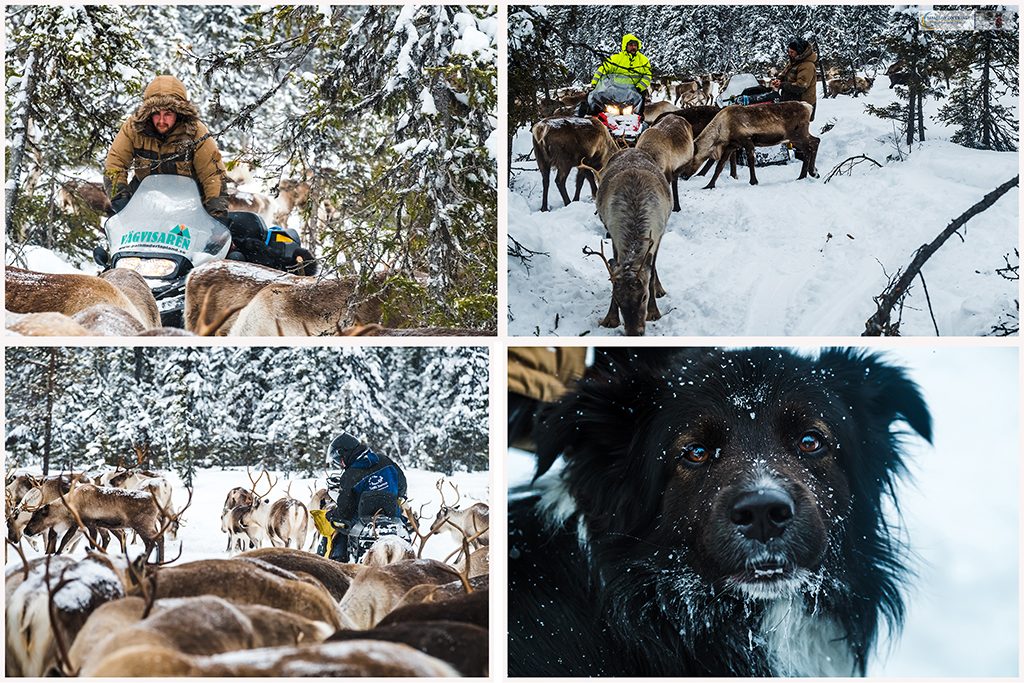 Sami herdsmen and their assistants

Waiting at the Bus Stop

Like London buses, having not had a reindeer experience before, my second came along almost immediately, in fact just a week later in Spitzbergen, on the Svalbard archipelago of Norway.

As a guest of Hurtigruten I was fortunate enough to be able to visit the group of islands which markets itself as “next to the North Pole”. Mile upon mile of pure white snow, punctuated by the stark, often bleak industrial landscape of coal mining. It is genuinely one of the most beautiful landscapes I’ve ever witnessed. 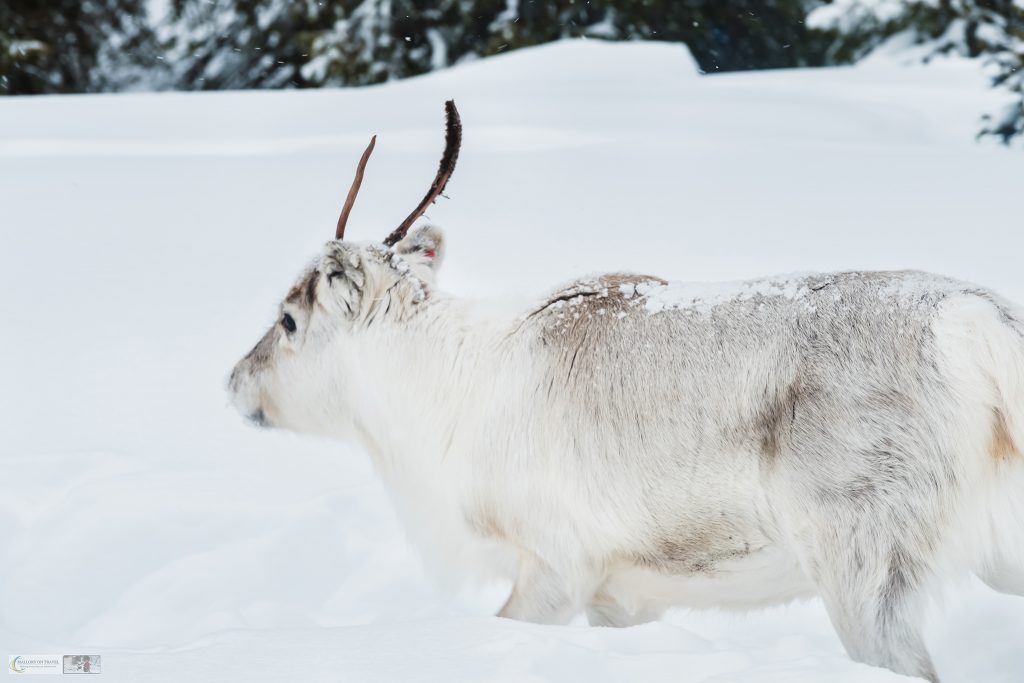 At least we found “Camouflage”

The reindeer here are slightly different, stockier, their coats seem thicker and their hooves slightly smaller, they also wander around freely, often coming across them miles from any civilisation when exploring on snowmobiles. My first sighting was of a small group feeding on the outskirts of the town, still no Comet or Cupid though.

Close to the North Pole: Adventure in Svalbard; At home inside the Arctic Circle 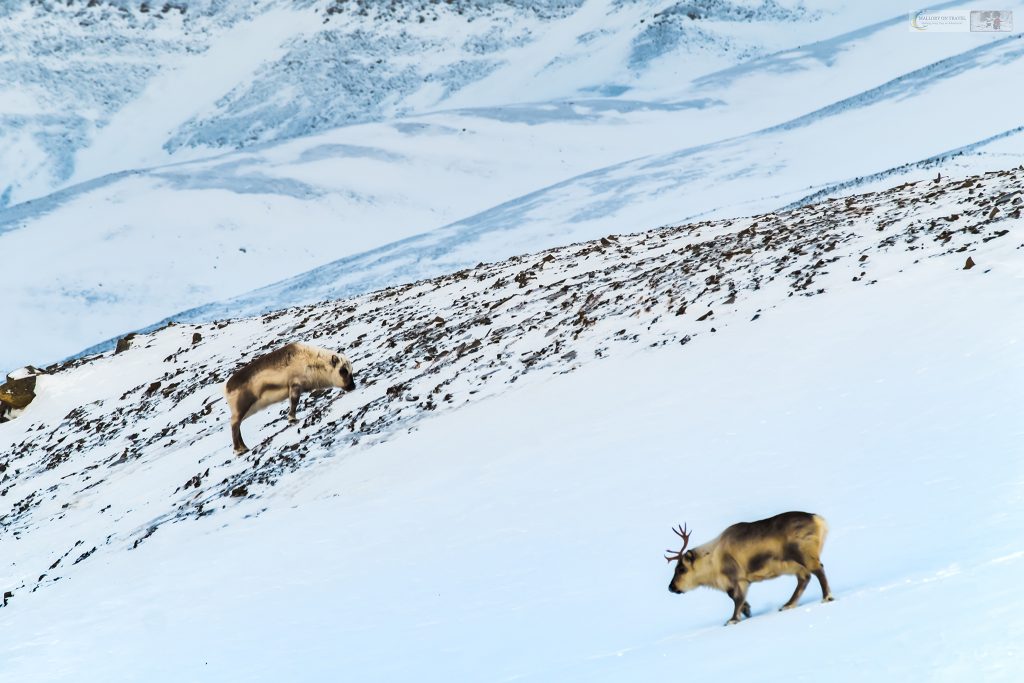 Dancer or Prancer in Svalbard? 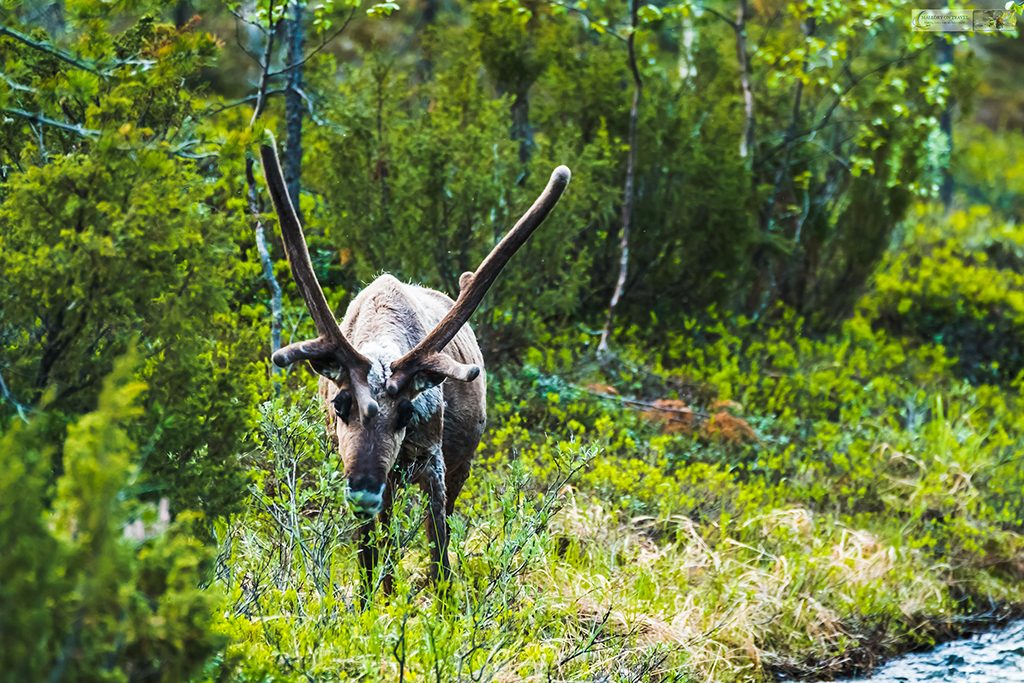 Just a few weeks ago, there was yet another opportunity to spot Dasher and Vixen, this time near Saariselkä, in the Inari region of Finnish Lapland. Attending the Nightless Night Photography Workshop, the reindeer here appear like their Swedish cousins, and are also cared for by the Sami of Finland.

Here’s looking at you!

Possibly due to the summer months, they didn’t appear to be controlled by the Sami so much as Sweden, being allowed to roam freely, to forage for food for themselves, no doubt it is easier to find in the season of abundance.

They are usually found in small groups, often by the side of the roads, which cut through the forests, but occasionally we’d come across a larger herd, roaming and feeding on the heather-like fells of the region.

And yet still there wasn’t any sign of Olive! 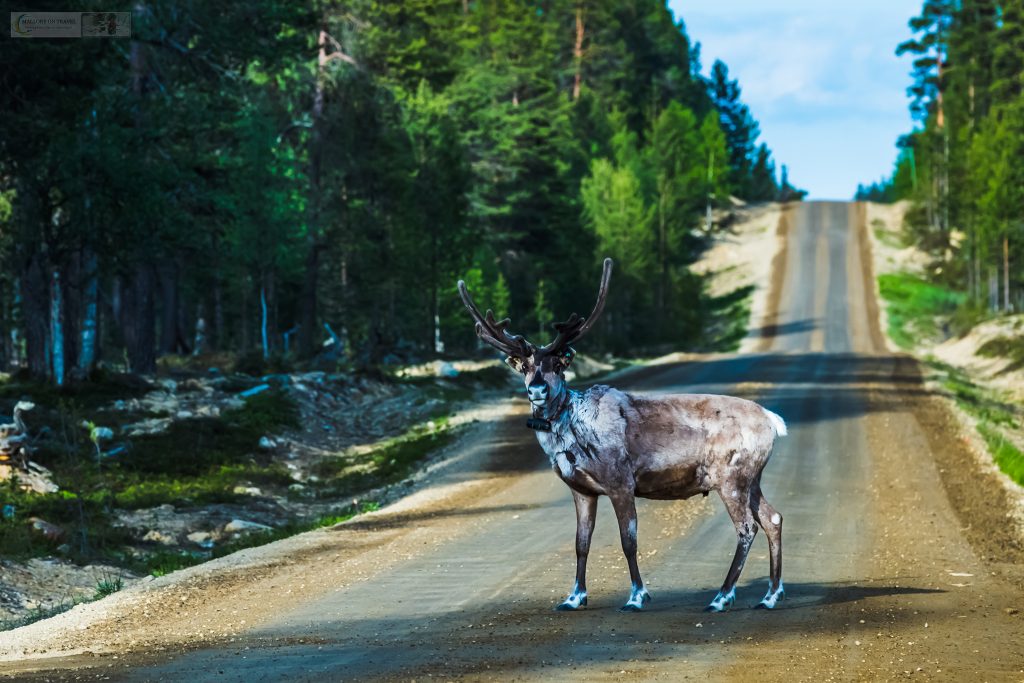