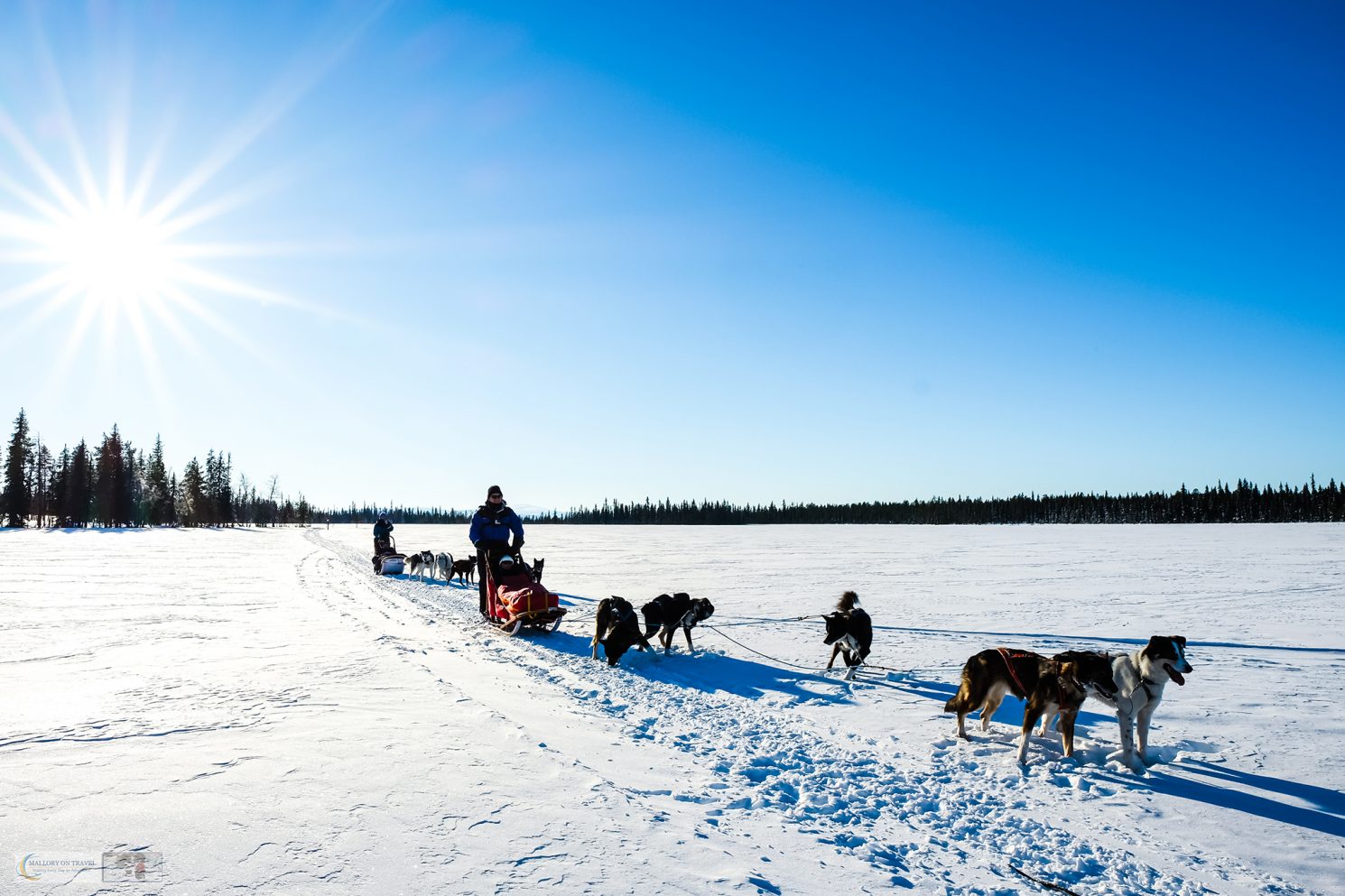 Dog lovers prepare to be blown away, sled dogs are some of the most photogenic canines on the planet, and this post is filled with them! I’m especially fond of these dogs, having owned two Siberian huskies, and can’t resist any chance to spend time with them. On the final day of my recent trip to Swedish Lapland, I was fortunate enough to be given the opportunity to go dog sledding in Lappeasuando. 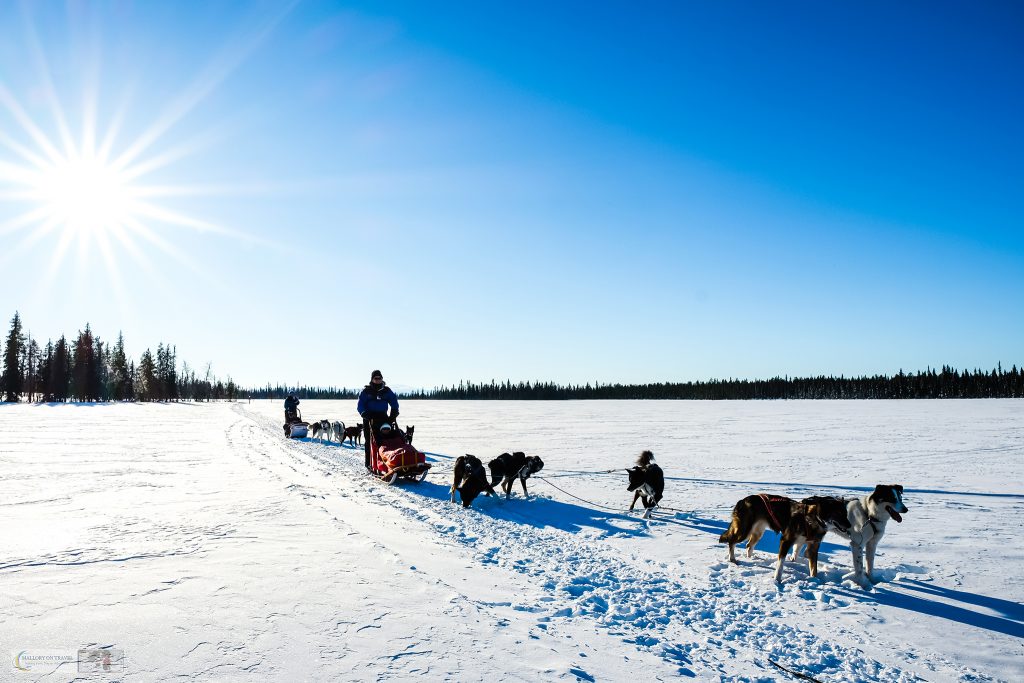 Out in the sun

It was also a beautiful day, with deep snow on the ground and hanging on the branches of the trees of the pine forest. Each tree seemed to have been dusted with icing sugar, appearing like a scene from the animated film “Frozen”, a winter wonderland. The perfect place to take a dog sled ride. 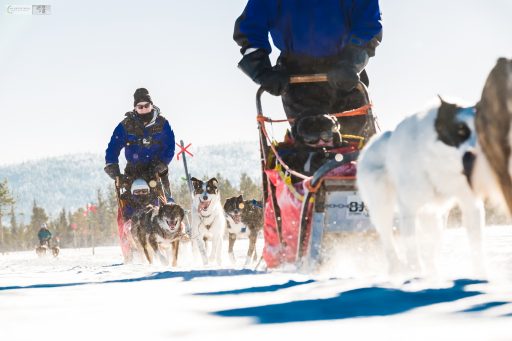 However, to allow me to take pictures it was necessary to give up my chance to ride a sled, so on this occasion, to get some decent shots I rode in a trailer behind a snowmobile.

“The sacrifices I make for my ‘art’.”

Brenda, our guide led the way on the snowmobile, the dogs doing a great job to keep up, climbing hills and following the trails through the woodland. The soft snow, like powder under the paws of the dogs and the tracks of the sleds, collapsing underfoot whenever we strayed from the trail, sinking up to our knees. I found myself wishing I had skis.

The dogs were seemed to race alongside each other, excitedly barking and totally unpredictable, they were fun, but a challenge to photograph. Although they pulled the sleds, they hardly seemed to be pulling together, for a dog team, they didn’t seem to grasp the concept of teamwork. Some appeared distracted at times, often looking backwards, seemingly more interested by what is happening behind than in front. 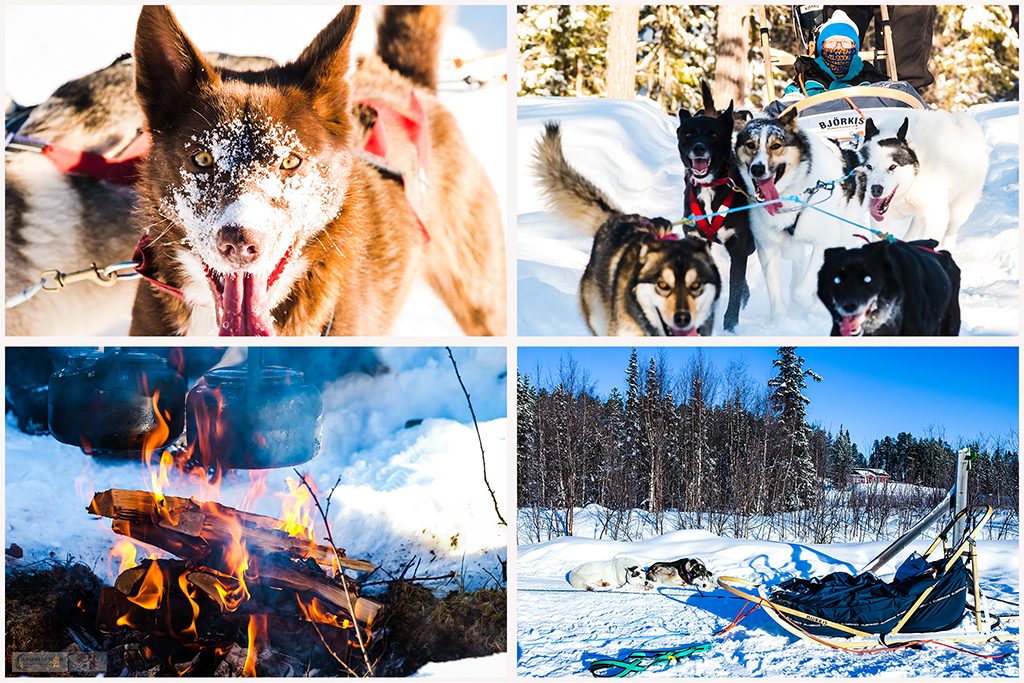 A day with sled dogs

One in seemed particularly ‘wacky’ every time her sled stopped, she dived headlong into the deepest snow, rolling around in the powder, her snout usually appearing sugar coated, she was a pretty lady.

“In fact, as the pictures testify, all sled dogs are beautiful.”

Sled dogs belong in this landscape, they were born to run in the snow, it’s when they seem happiest and the scenery appears to be enhanced by the dogs, adding to the appeal, making it even more attractive. Sled dogs in Swedish Lapland, a symbiotic relationship which we should all have the opportunity to enjoy at least once.

Enjoyed this? Read more about sledding:  A Dog Sledding Adventure in Swedish Lapland

This is a quick taster, there are several hundred photographs from that day, and a full post will follow, just couldn’t resist sharing a few images straight away. 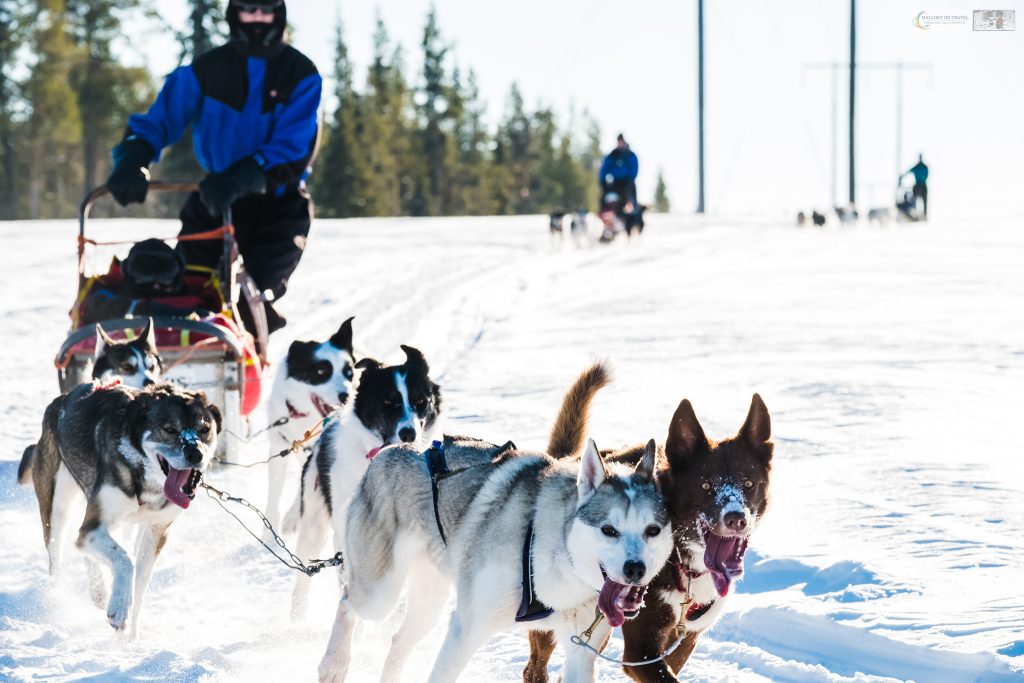 The fast and the not so furious 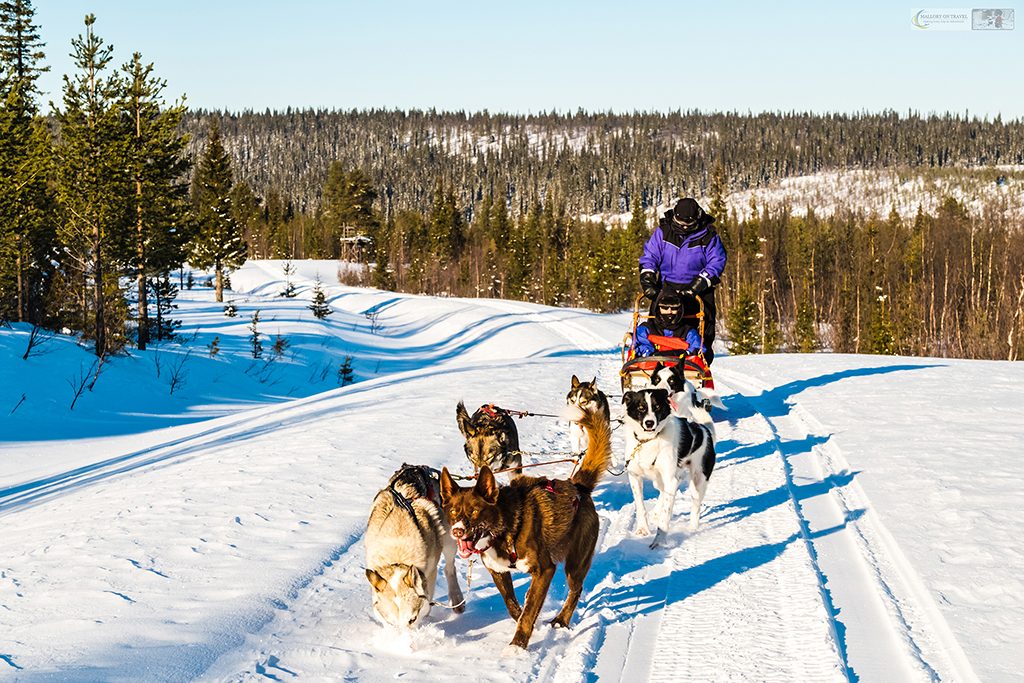 Sledding in a winter wonderland