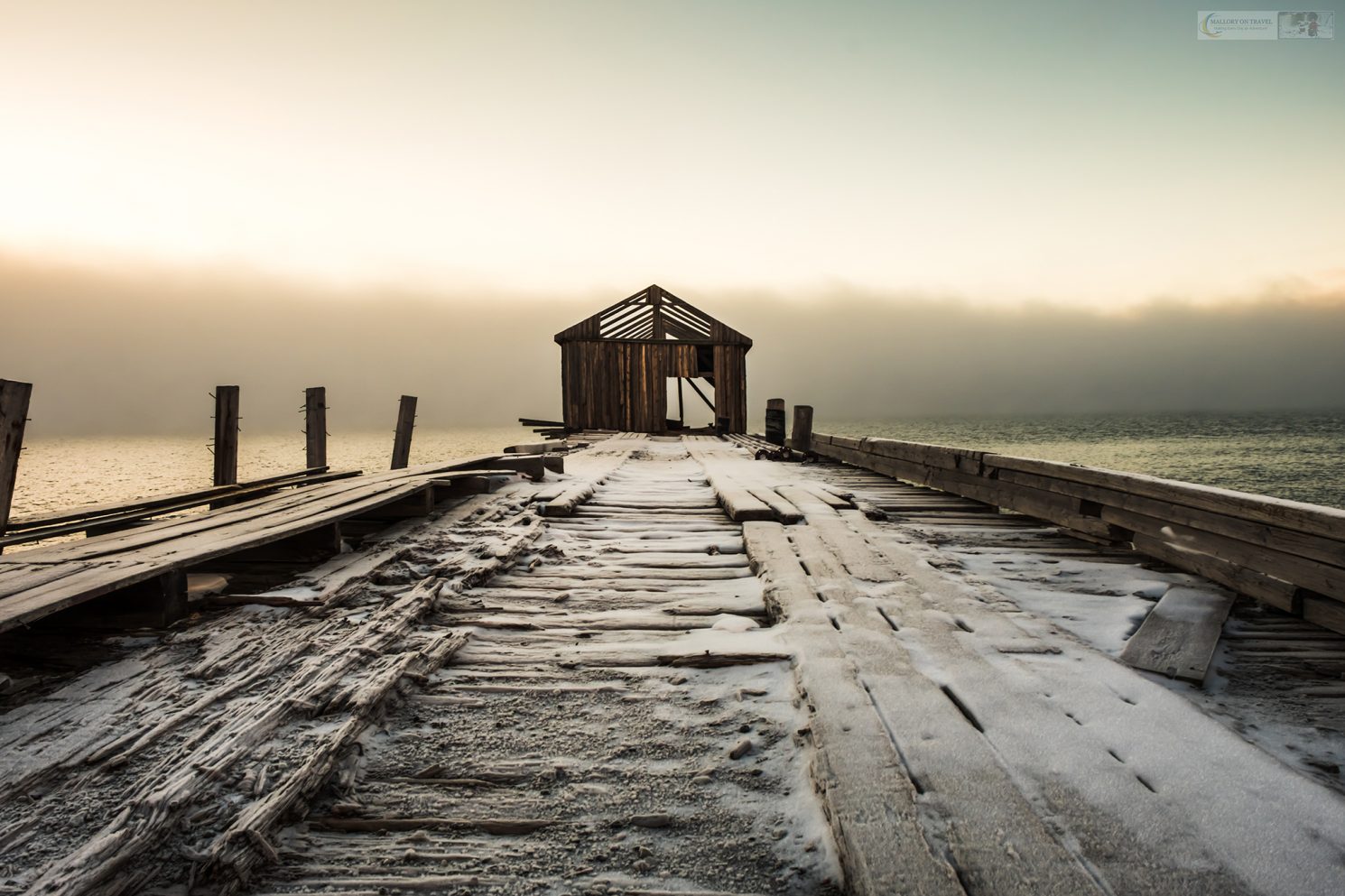 The small convoy of snowmobiles weaved its way through a winding snow valley and rattled along icy trails across a frozen fjord, until the first signs of Colesbukta appeared. A field of rotting wooden supports, like tombstones in a snow-covered cemetery. Also, known as Coles Bay, a series of ramshackle, deserted structures, isolated in the pristine wilderness began to emerge from the eerie stillness. 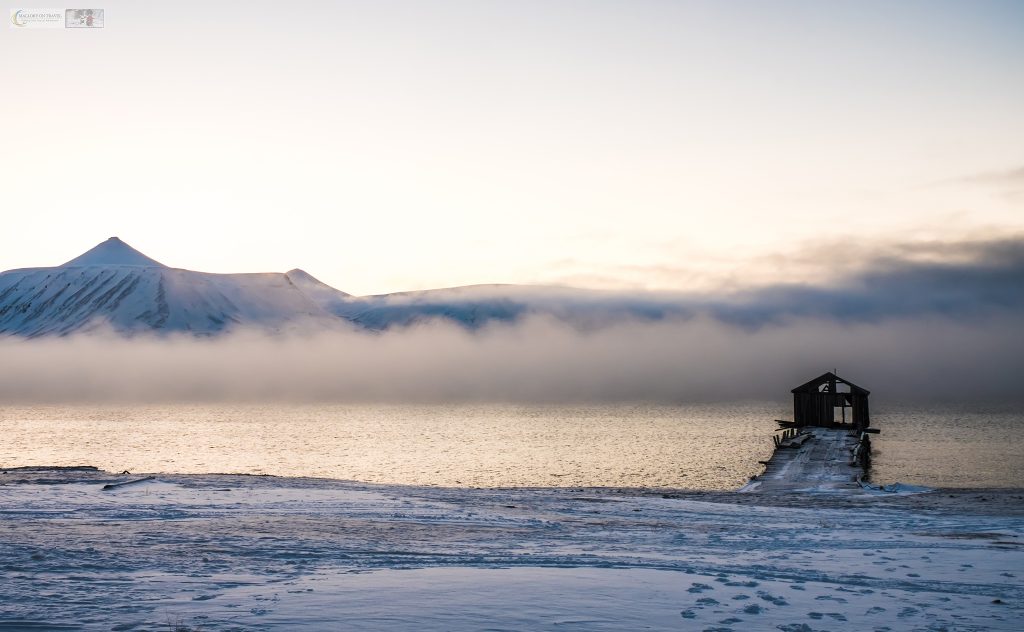 A thinning sea mist was rolling across the far side of the fjord, shielding the distant hills from view, the scene seeming more surreal as their summits peaked above the ethereal shroud.

Colesbukta, is located at the southern end of the Isfjorden on Spitzbergen, the largest island of the Svalbard archipelago is a worthwhile stopping off point for lunch on the way to the mining settlement of Svea. 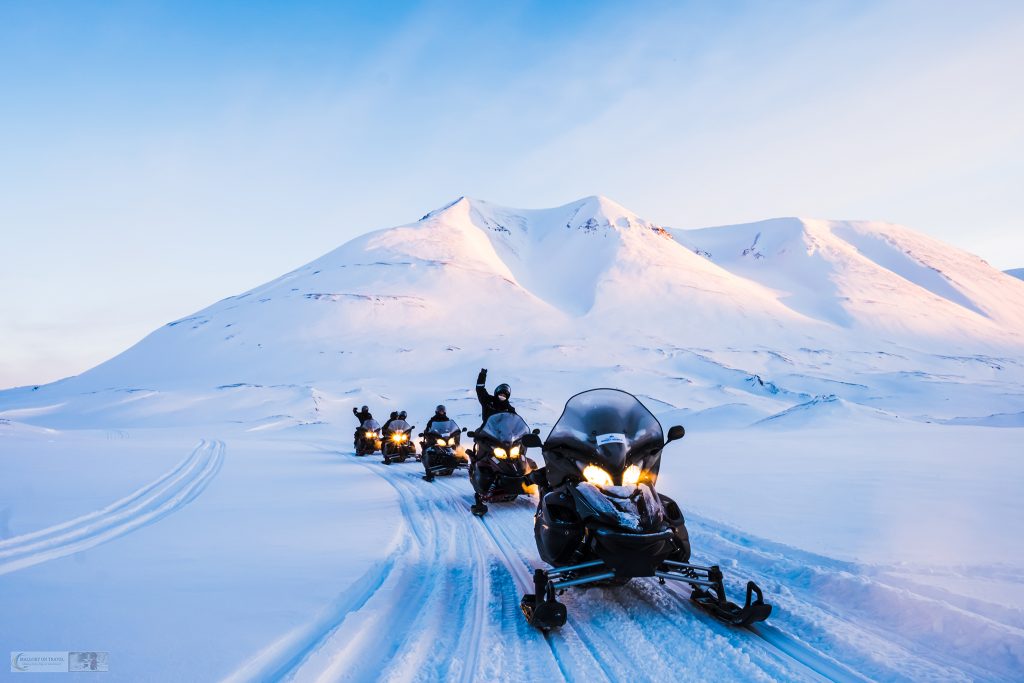 More from within the Arctic Circle: Becoming “The Flash” at the Sweden Icehotel

It is an abandoned Russian coal mining town, a series of run-down buildings and jetties, which epitomises the stark beauty and isolation of Svalbard. Uninhabited since the 1960s, the ‘ghost town‘ may not have any actual ghosts, but there appears an ethereal quality to the deserted collection of ‘cold war’ architecture.

“A study in solitude, seeming to blend into the landscape, not in contrast with the desolate wilderness, but in harmony, enhancing the beauty of its surroundings.” 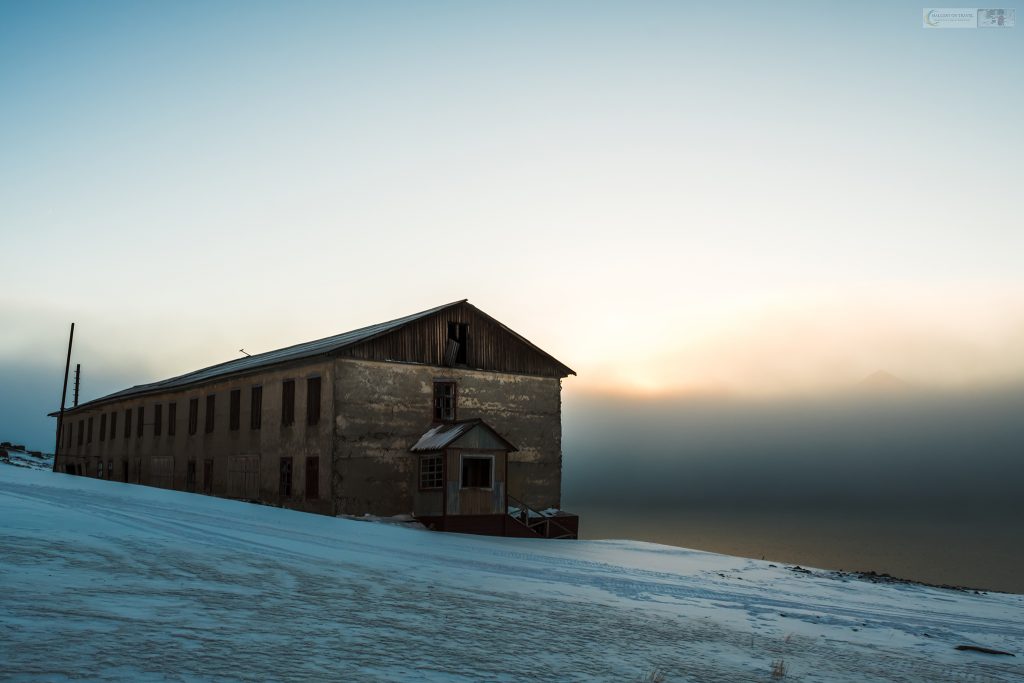 The small communities of miners were once the pioneer explorers of the Arctic Circle, leaving their homes far behind to seek their fortune, mining the rich veins of ‘black gold‘ from beneath the arctic permafrost. Barely glimpsing the sun, outside of the long days of summer, spending more time below ground than above and risking their health, breathing in the harmful dust borne of their labour.

Dog sledding above the Arctic Circle: Postcards from Sled Dogs in Swedish Lapland 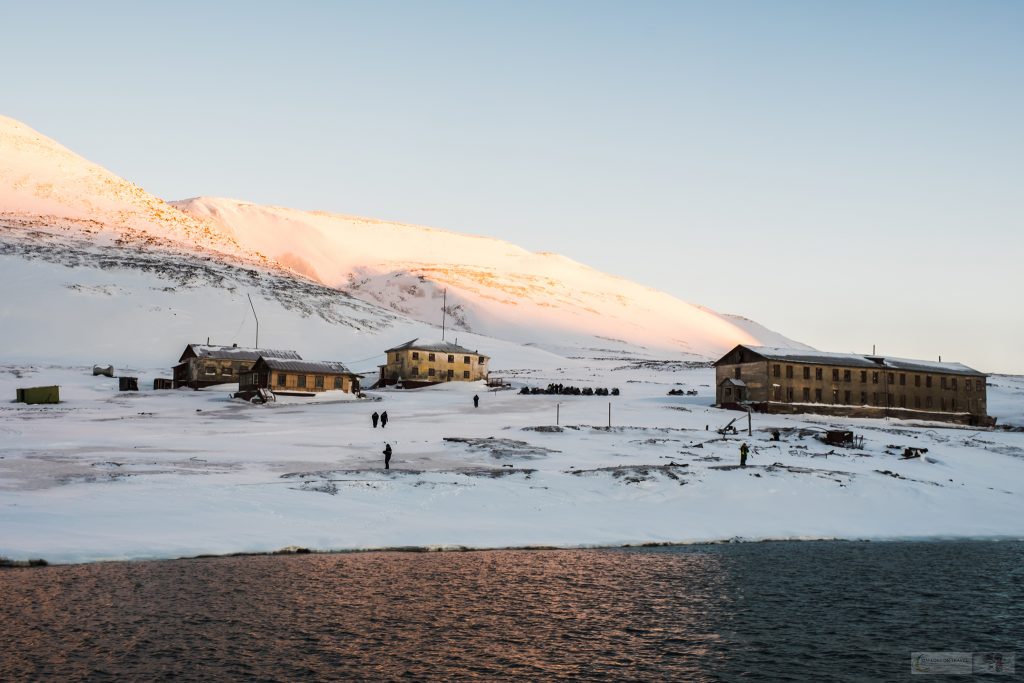 Portrait of a ghost town

Colesbukta was a port, shipping the coal, possibly first extricated with little more than picks and shovels and transported by rail from Grumantbyen. Now, a ghost town, a relic of Russian empire building, standing defiantly against the elements, but decaying, slowly, imperceptibly. It is a collection of disintegrating buildings, a jigsaw of crumbling stonework, cracked and flaking plaster, collapsed roofs, decaying timber and rotting wood. 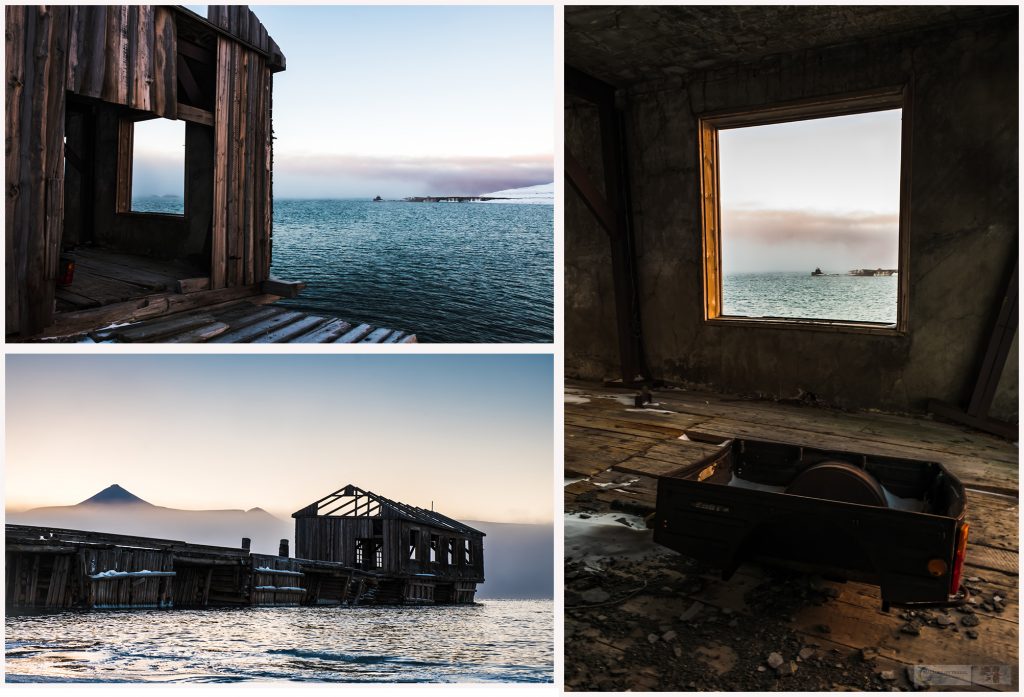 “It is a town of shadows, long shadows created by the low winter sun of the Arctic and the shadows of the past.”

As I set out to explore, the guides issued a warning, “don’t go too far, there may be polar bears close by“, it was still ringing in my ears while strolling along the sea ice at the edge of the fjord. 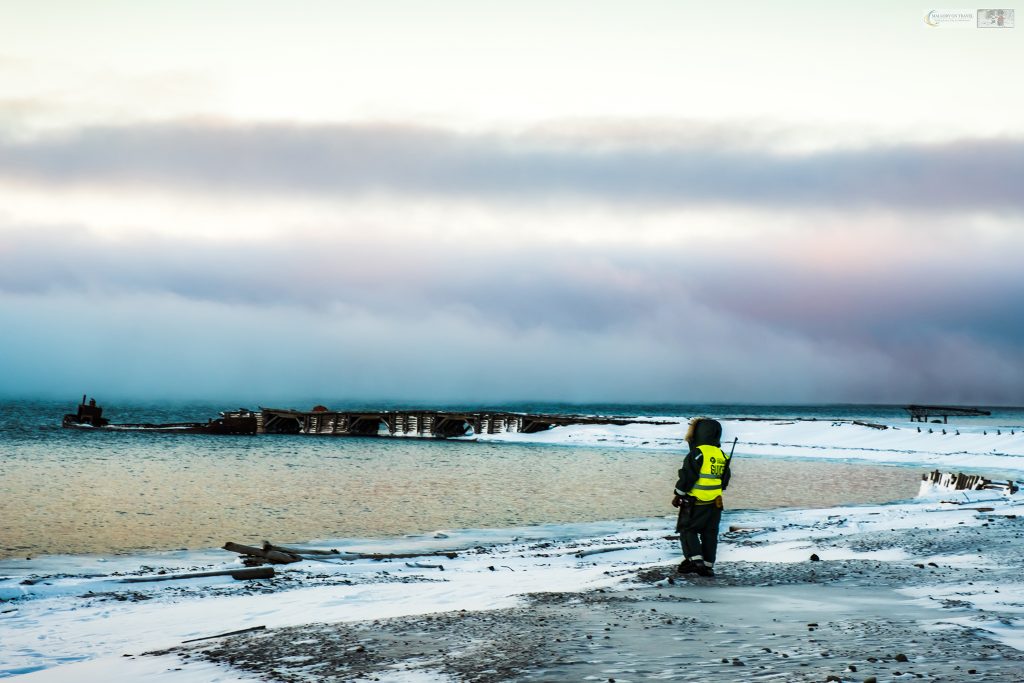 It merely added to the aura of the place; a guide calmly slung her rifle over a shoulder, shadowing our group, never allowing anyone to stray too far. Having an armed guard present while taking photographs made Colesbukta appear even more surreal.

It is a captivating place, with two jetties which would once have been used to load the coal onto waiting ships, these seemed especially appealing. They were compelling, photogenic structures with stories to tell, I was soon picking my way through the broken, crumbling timber and discarded refuse, essential details in the story.

Built to store, built to last

More to see in Norway: Voyage to the Northern Lights with Hurtigruten, Norway

A couple of reindeer scraped at the ground nearby, searching for lichen on the frozen ground and rocks beneath the snow. It was another sign nature would one day reclaim the town, slowly reintegrating it into the landscape. 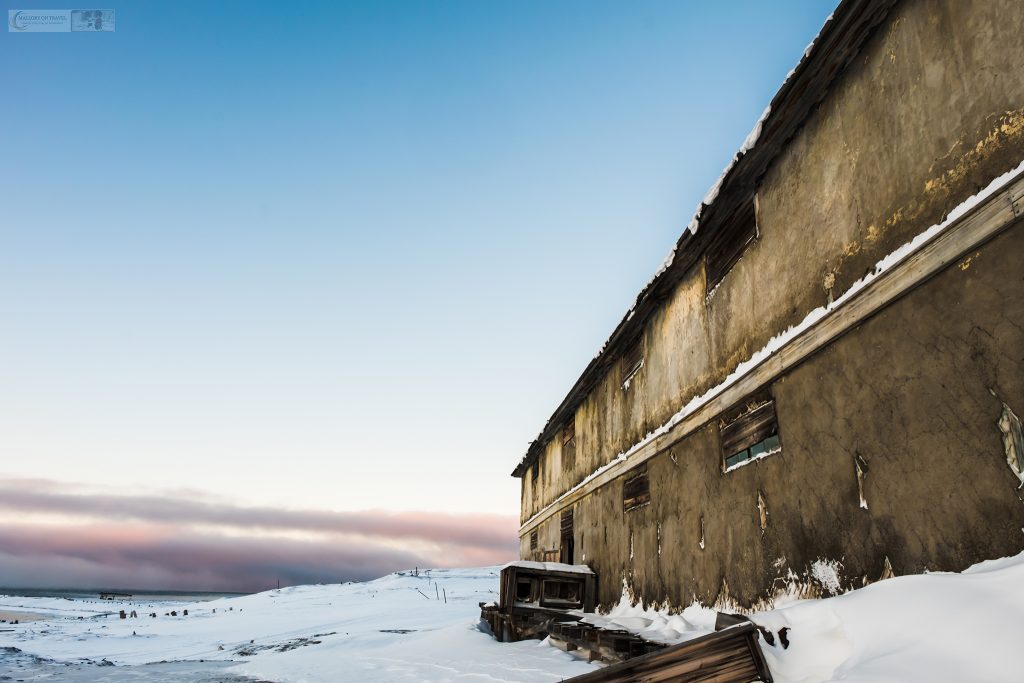 Colesbukta may seem to be little more than a passing place on the way to Svea, but it’s an enchanting place I felt strangely drawn to. It was disappointing when the time to leave arrived, even if it did mean some more fun riding a snowmobile. 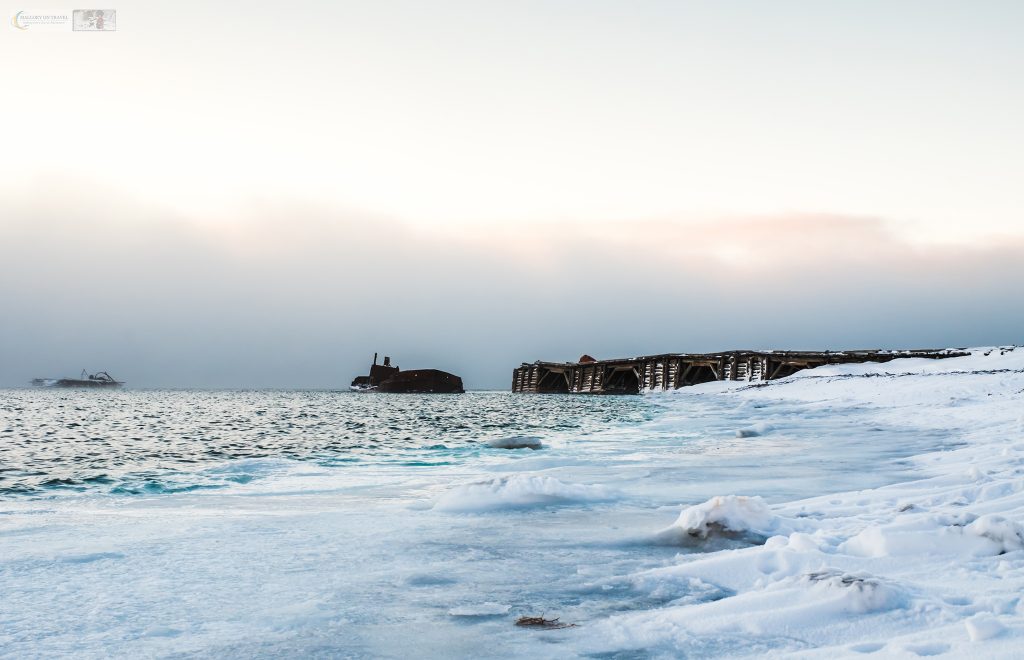 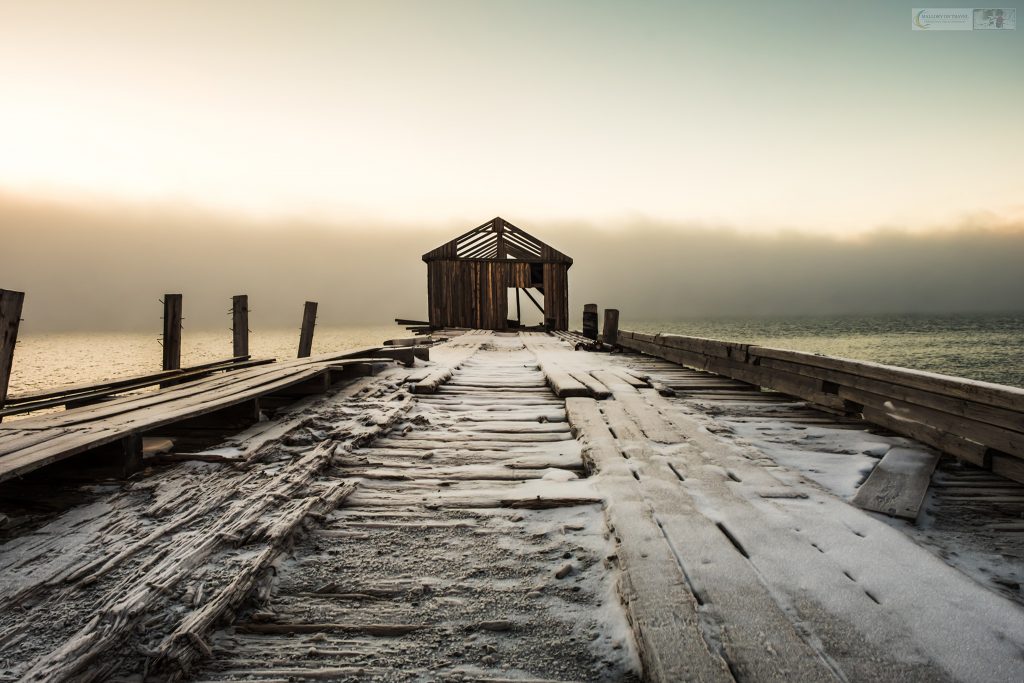 Portrait of a jetty