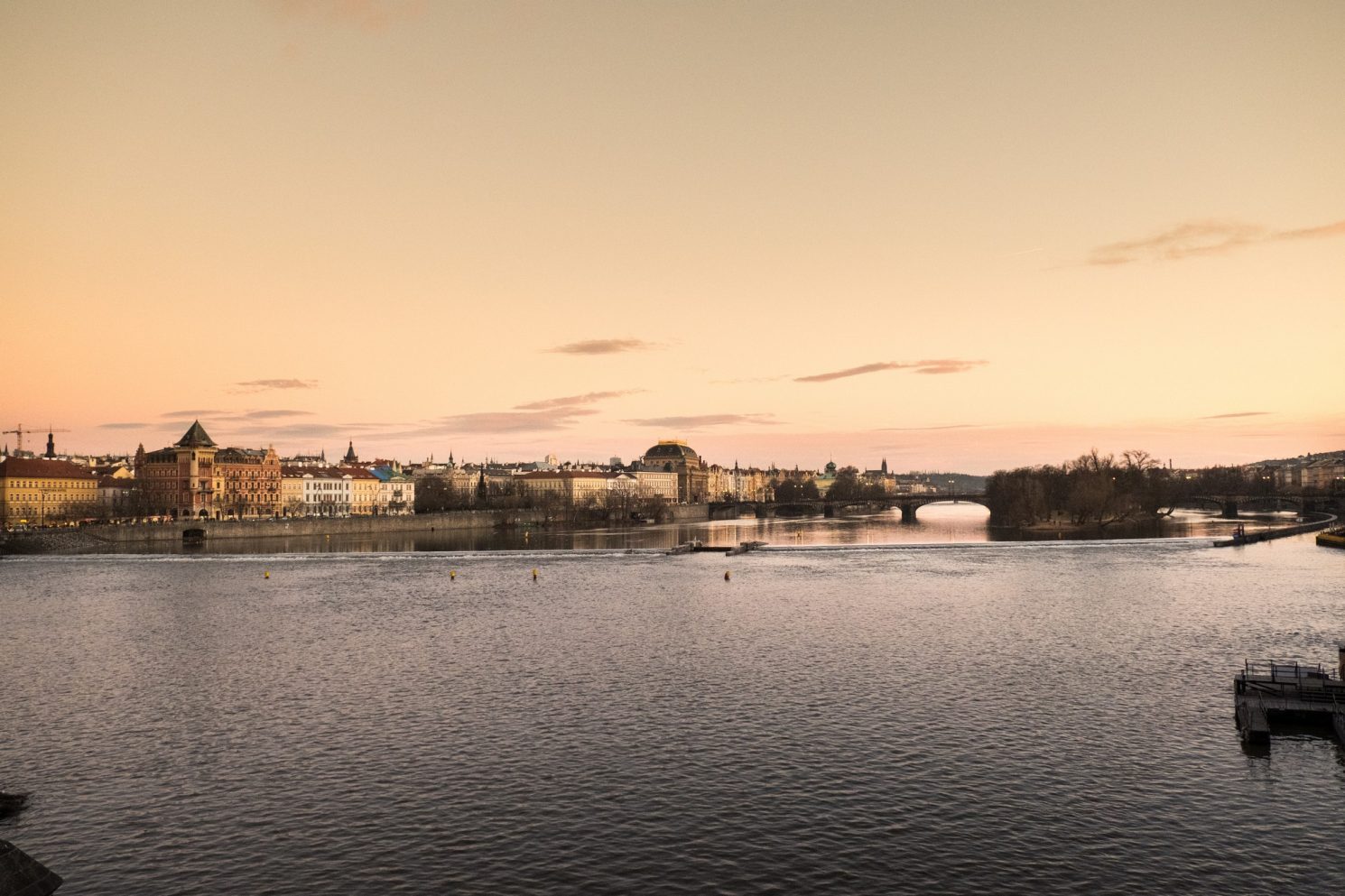 It seems fair to say that in the United Kingdom, Prague has a reputation as being one of the destinations of choice when it comes to a groom’s celebration of their forthcoming nuptials. One reason, its accessibility, it’s an easy city to get to, I flew direct from Manchester to Prague with Jet2.

There are casinos, clubs and bars that cater for these celebrants, but they are not excessively overt. There is an awful lot more to Prague than a destination for a party. It isn’t necessary to scratch below the surface to see it, it is right there in front of you, all you need to do is see this elegant city. 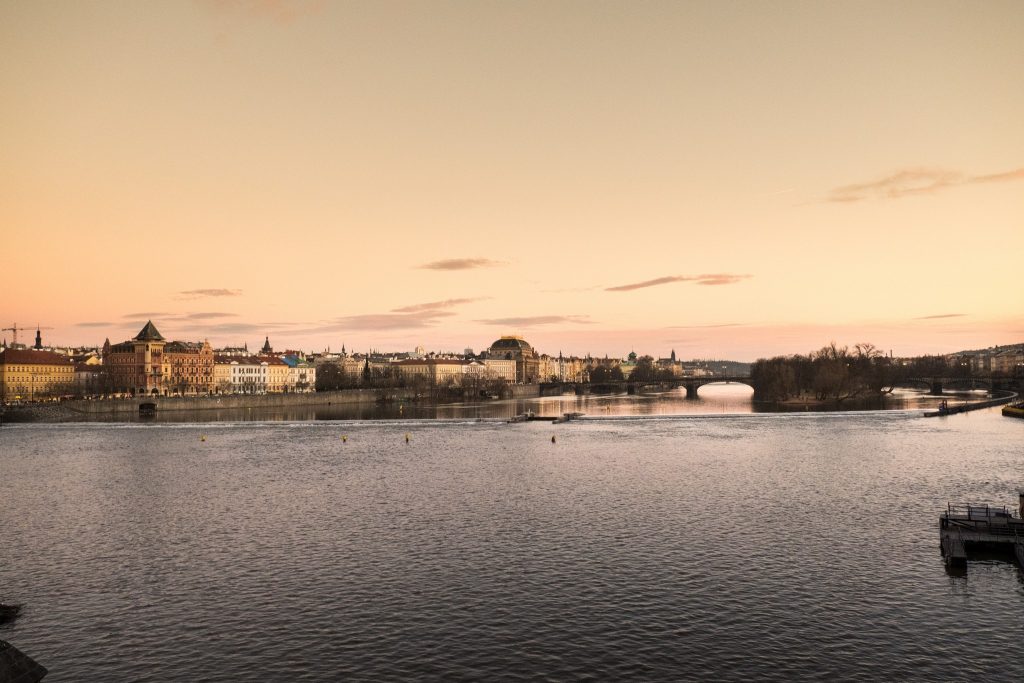 Prague and the Vltava River

As a photographer, you might expect me to be visual, and one of the things which immediately strikes me is how a city is built. Look up, (as I was once advised on a city tour) it’s where you start to see the real city. It’s a very valuable lesson because most major cities in the world are dominated by the same chain stores at ground level and if that is all you see then you are missing a great deal. Thankfully the streets in Prague are wide enough that you can really see the architecture and there are certainly enough churches, especially for a nation which claims not to be religious!

Carnival in the Czech Republic: Masopust

The spires and domes of Prague’s churches are the major land-marks of the city, as views from the numerous vantage points verify. There are various towers, domes and spires: Neo-Gothic (the churches of St Paul and St Peter) and Gothic (the church of ‘Our Lady Before Tyn’) zoom up to the sky, whilst the Baroque (St Nicholas’ Church in Lesser Town or Loreto) usually have curved cupolas and domes shaped like onions.

Admittedly, the history of Central Europe is not my strongest subject and I certainly learned a great deal about the influences of history on what was in front of us in the city. There are buildings in Prague dating back to Roman times, through the 13th and 16th centuries, as well as the Renaissance but it is the Baroque period that really defines the city.

In 1618, Roman Emperor, Fedinand II, decided to impose Catholicism throughout his lands. Not surprisingly, the Protestants objected and the deadliest European religious war in history, with eight million casualties was the result. In 1630 Sweden got involved when King Gustavos Adolphus invaded the Holy Roman Empire tipping the balance of power in Europe. Armies at that time were made up of mercenaries and the Swedish Army was also full of Germans and Scots. (30,000 Scots at it’s peak) Adolphus was killed at the Battle of Lützen in 1632 but the Swedes were involved in the war until the end. The battle of Prague in 1648 when Swedish forces stormed the city but were repelled at the Charles bridge by the forces led by Fieldmarshall Colloredo, there is an inscription on the bridge in Latin that translates to:

“Rest here, walker, and be happy: you can stop here willing, but unwilling were stopped the Goths (Swedes) and their Vandalic ferocity”

The war continued until the Peace of Westphalia was declared in 1648 by the signing of numerous treaties between the warring parties. 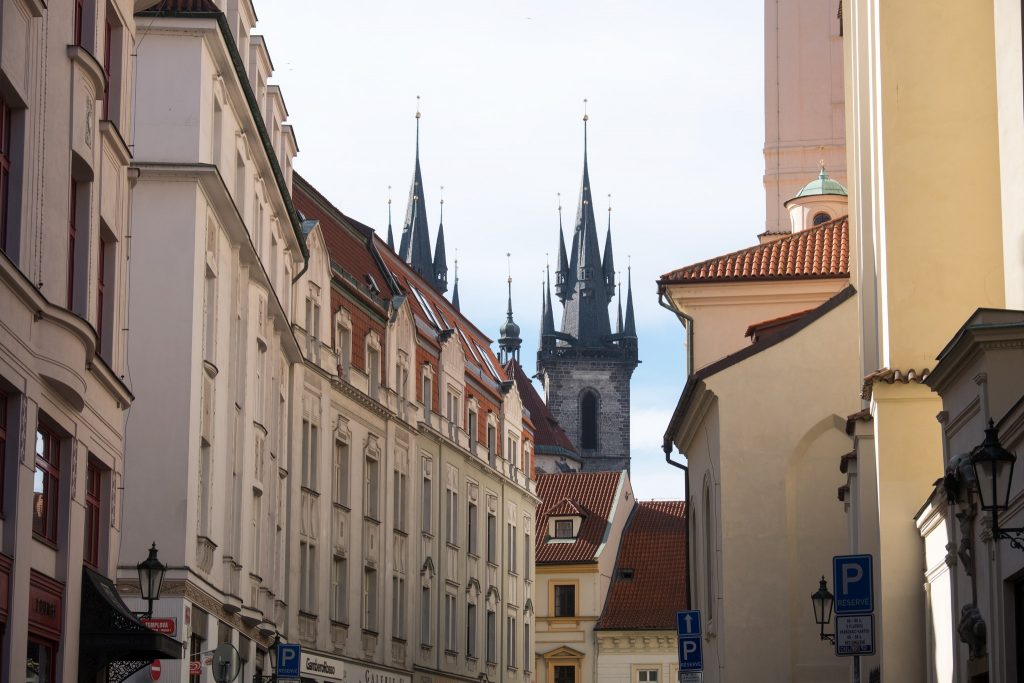 Gaudi in Barcelona: Postcards from a Barcelona architecture tour

At the end of the 30 years war the Habsburg Empire embarked on a campaign of reconstruction and this is responsible for much of the baroque face you see in Prague today. So the history lesson is worth it to gain an understanding of the grandest period of Prague’s architectural development. Churches, palaces, villas and town houses were all beautifully constructed and remain to this day. Even hotels constructed during the communist era as listening posts followed the rather more grand architectural forms.

Built in the 13th century, (commissioned by King Charles IV) the bridge was an important link between the lands on either side of the Vltava River. It is also famous for the site of the death of St John but I’ll tell you about that another time.

Firstly, it’s not all dumplings! We were lucky to try a tremendous variety of food on our 4 days in the Czech Republic. From the unique Trdelník, a Slovak rolled pastry, with sugar, nuts and cinnamon (and Nutella) and Chlebíčky, which are open faced sandwiches (served at social occasions and most definitely Christmas Eve) and feature all sorts of toppings such as cured ham, salami, beetroot and my favourite , goats cheese and chilli. We dined on sea bream, turbot, steak and chips, sauerkraut soup and the most delicious desserts. The one real surprise for me was the quality of the Czech wines, especially the white wine. The red wines tend to have a fair tannin content due to not having quite enough sun to develop the sugar contents of the French grapes but the white wines are absolutely superb. Light and tasty, I would happily switch to Czech whites. 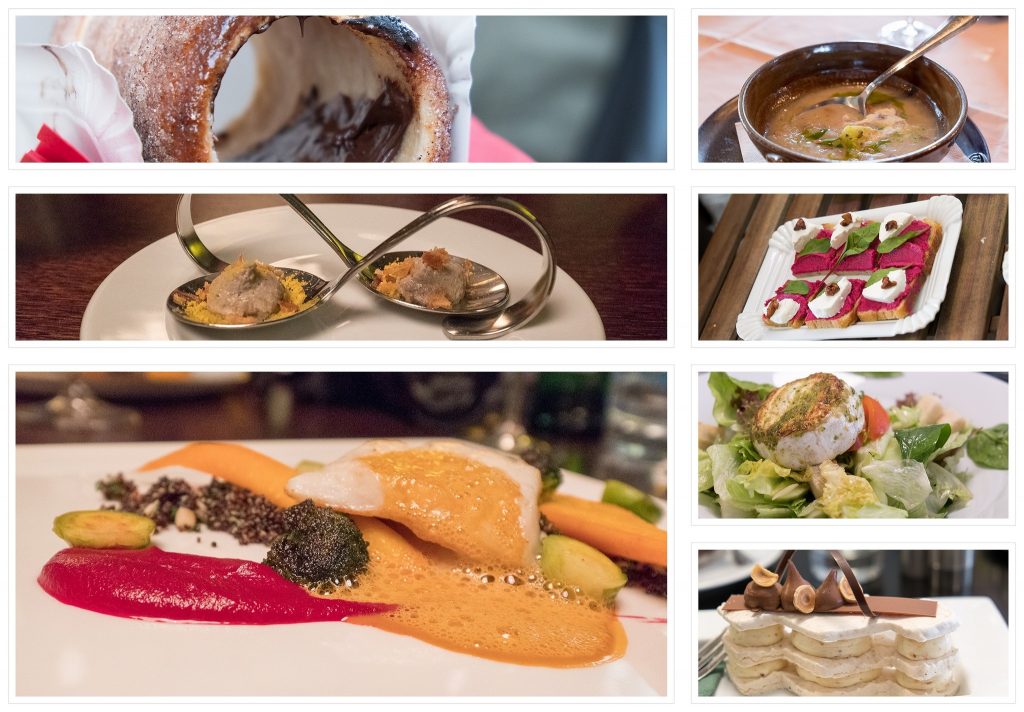 And for a good coffee, there is a new guide book on Prague cafes, find it here.

We visited Prague at the end of February, probably not it’s busiest season but personally I found it an engaging city, clean and tidy, bar a few bits of graffiti in the outer areas. There are a couple of things I would heartily recommend you do to get a proper taste of Prague and that is to take the walk from the Castle over Charles Bridge and simply wander back through the city, at dusk it’s particularly pleasant. The other is to do a food tour. We went with Eating Prague Tours – Food Tours in Prague and I have to say it was superb. Not only did we have the benefit of our guides knowledge of the local food scene, he also expanded our knowledge of the history and architecture of this fascinating town. If you are tight for time, it’s a delicious way to see Prague, literally!

• Jet 2 fly from Manchester 4 days a week on Monday, Thursday, Friday and Sunday throughout the year.

• Flights are also available from Birmingham, East Midlands, Glasgow, Leeds and Newcastle. • Prices vary throughout the year but you can purchase one of our flights for as little as £32!

• Visit Jet2CityBreaks for a full list of packages available.