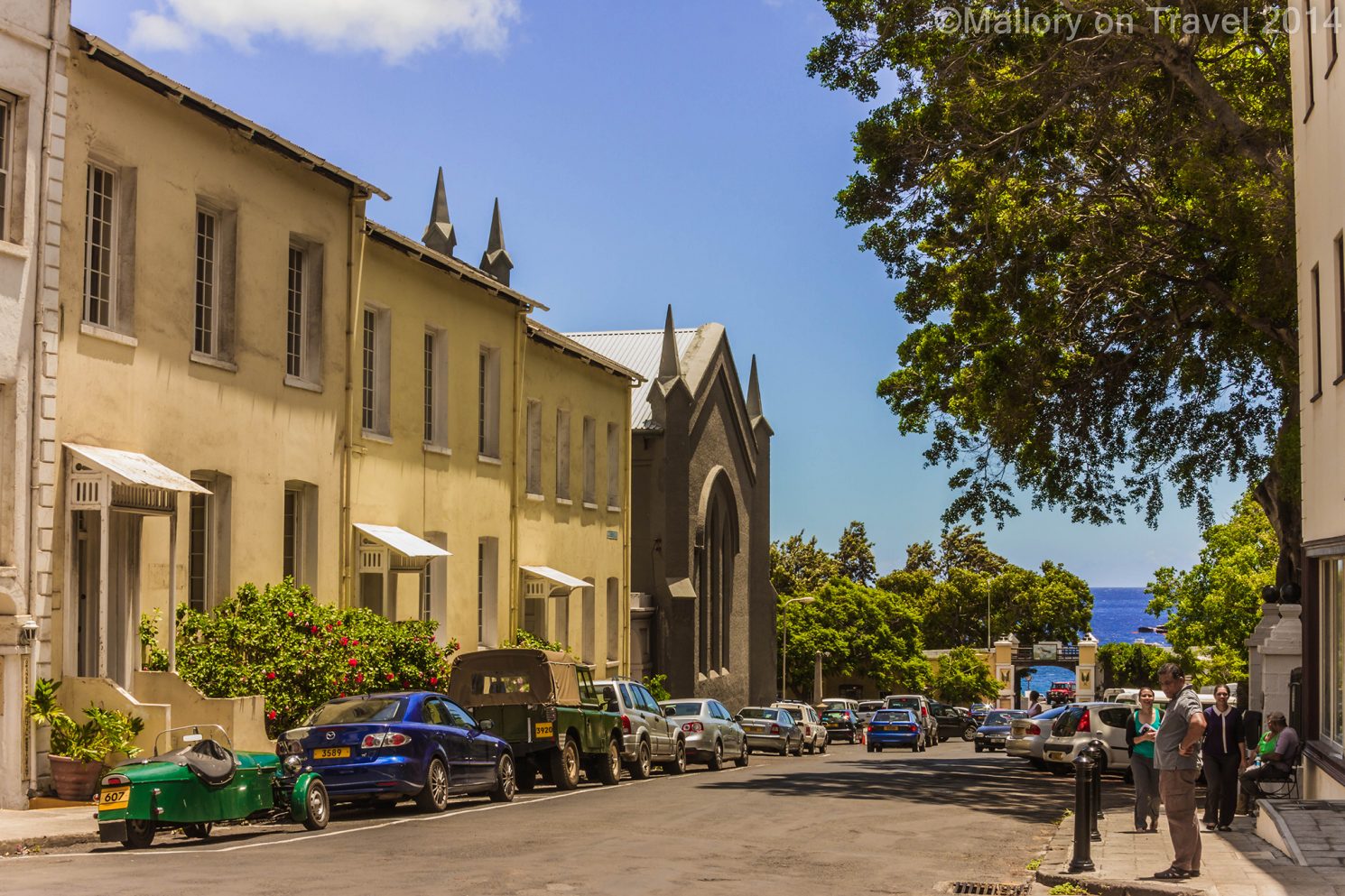 This was the high street of the capital city, Jamestown, St Helena and although both sides of the street were lined with vehicles, there were at most fifteen people, strolling leisurely in various directions.

“This is a busy day” I was informed by my companion, a guide from the St Helena tourism board.

His matter of fact tone of voice and the almost absurd nature of his statement brought a broad smile to my face. Jamestown, the capital city of the remote south Atlantic island consists of one street which splits into two further streets just past the tourist information office. I hadn’t counted the buildings, but there can hardly be more than one hundred homes and shops, it takes less than ten minutes to walk from the quayside to the top of the town. 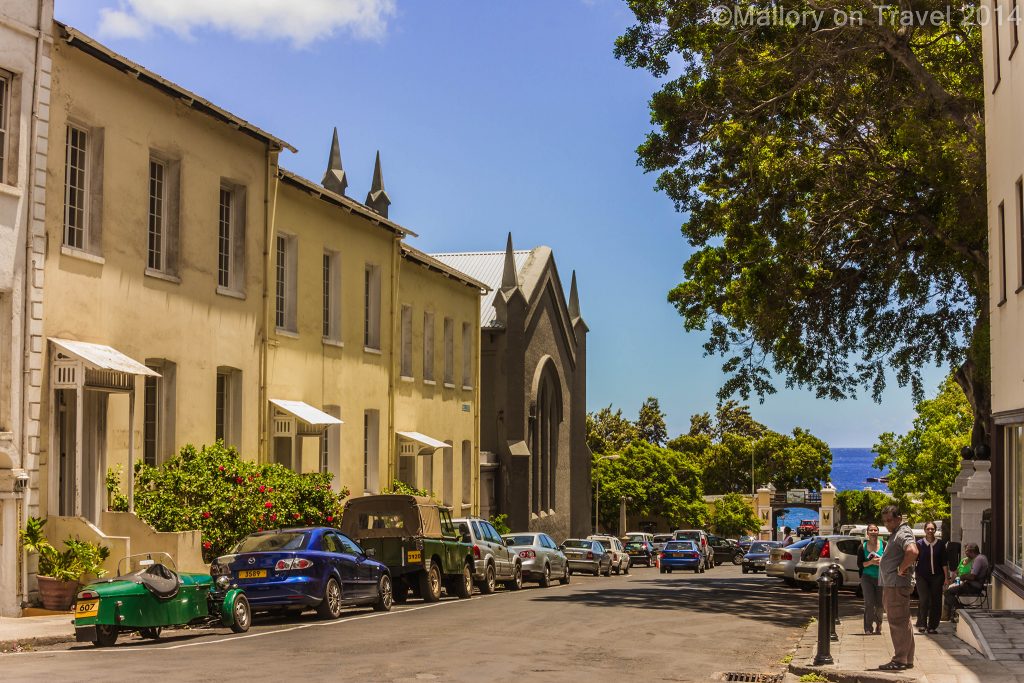 Jamestown, St Helena may not be a metropolis, but it is an attractive, old colonial style town. The buildings have character, their colourful facades fading, aging yellows and creams, peeling paint on traditional wooden doors. There is also a simple but strangely appealing town clock located near a small market, standing alone, almost lost.

Read more from my visit to the south Atlantic: St Helena; Journeying to a remote South Atlantic Island

The only other signs that give the remoteness of the town away are the cars which line the main road. Brand new range rovers or Audis won’t be found here, as importing the vehicles is problematic and expensive. The average car is probably at least a decade old, and Landrover defenders in a variety of guises are possibly the most popular vehicle here. I even spotted a series one defender, and the company should seriously consider holding their next major anniversary shoot here. I have never seen so many of these vehicles in one place.

Sailing to St Helena: RMS St Helena, A Voyage for a Modern World 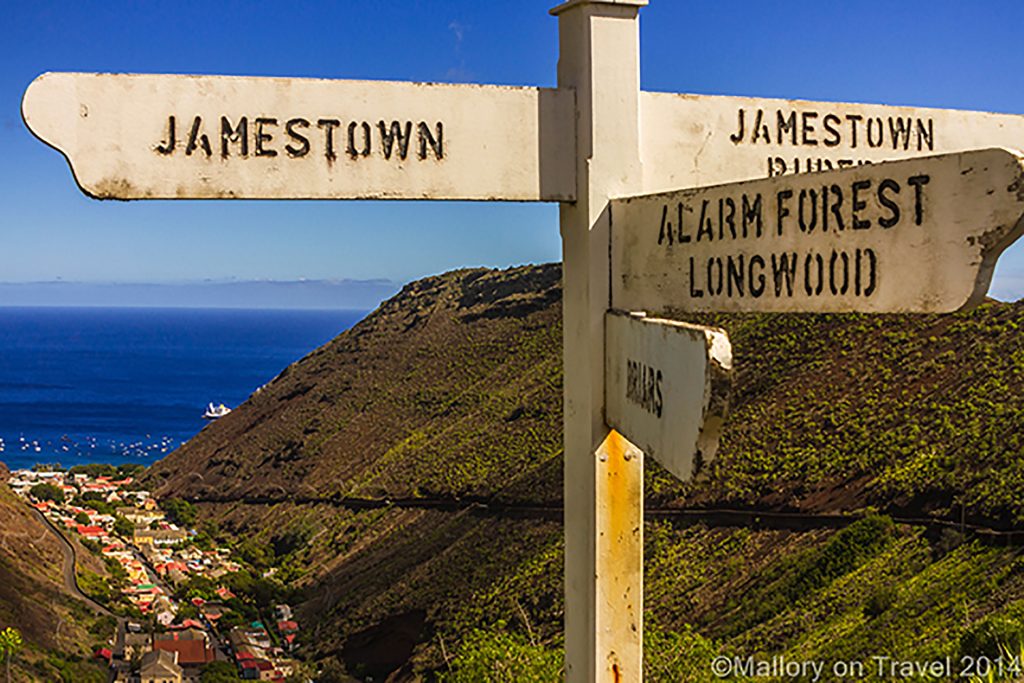 Climbing the 999 steps of Jacob’s Ladder provides great views of the town, especially when the RMS St Helena is in the harbour. It is the best seat in town to watch one of those special sunrises only the south Atlantic can provide and worth an early start before tucking into a well-earned hearty breakfast cooked up by Mrs Robinson at the Wellington House guesthouse.

Meetings with Saints: Island Life on St Helena; A Portrait of Saints

I have fond memories of my short time in Jamestown, a quirky, little town with a pleasant character and friendly, smiling faces, greeting friends and strangers when they pass on the street.

“It’s easy to imagine little has changed here in decades, apart from the arrival of the internet and a recently completed airport” 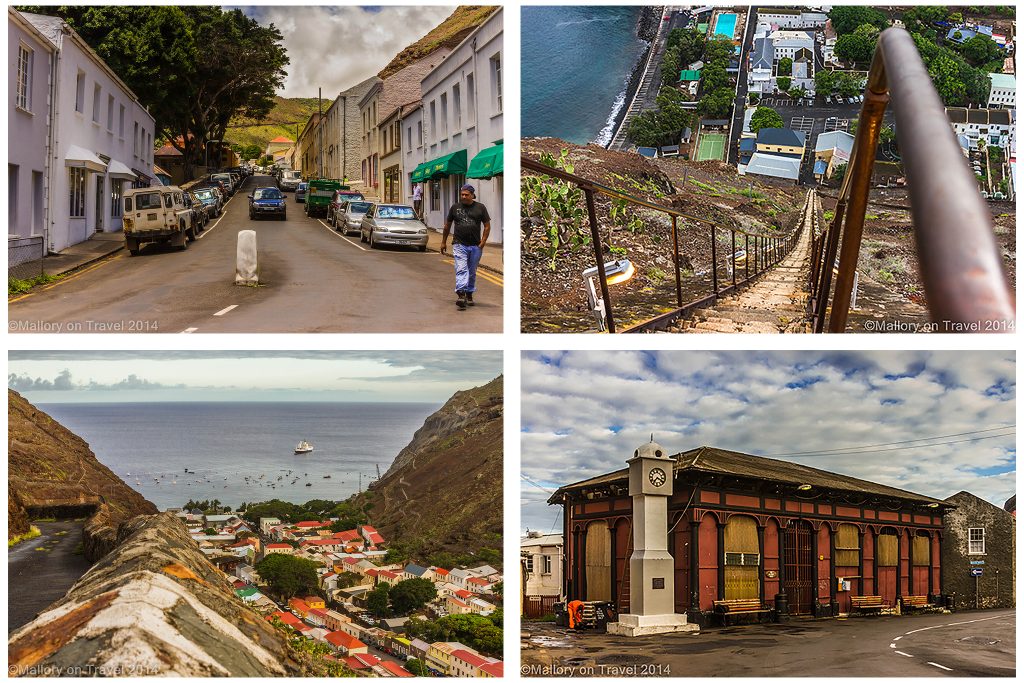 Jamestown, St Helena or Megacity One

My favourite story about Jamestown is how three young girls arrived from the even more remote island Tristan da Cunha. After the brief induction process, which all visitors must complete on landing, they finally began walking up the single street of the town. Apparently, they were like first time visitors to Paris or New York, staring, open mouthed, awed at the major city that they suddenly found themselves in. 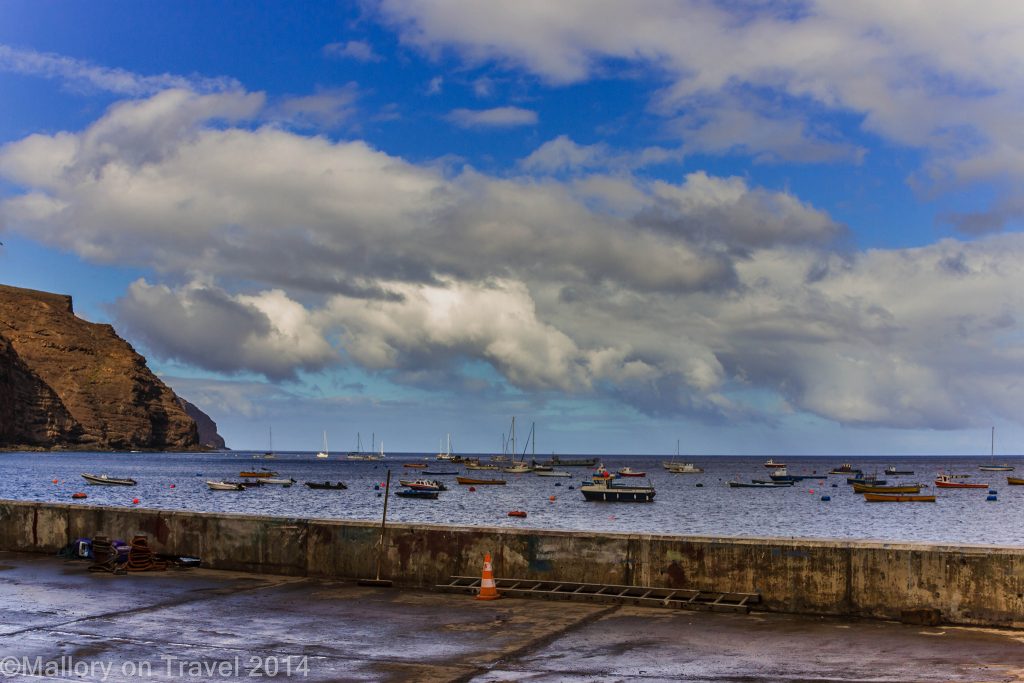 Their expressions must have been a treat to witness, their home is recognised as the most remote inhabited archipelago in the world, and the capital, Edinburgh of the Seven Seas, has a population of just 268. Hopefully I’ll witness it for myself one day, but no wonder Jamestown, St Helena looked like a sprawling conurbation to these girls.

It just goes to show, size is relative but it does matter to girls!

The airport has now been completed, but there are problems due to wind shear.


A review of the issue has been carried put and several flights have taken off in recent months. Operators are being sought to start flights from the airstrip.

The RMS St Helena, sailing from Cape Town has had decommissioning postponed until regular flights are commenced.

With the building of the airport, an influx of visitors was anticipated, some of the houses and doors are likely to have been decorated since my visit.