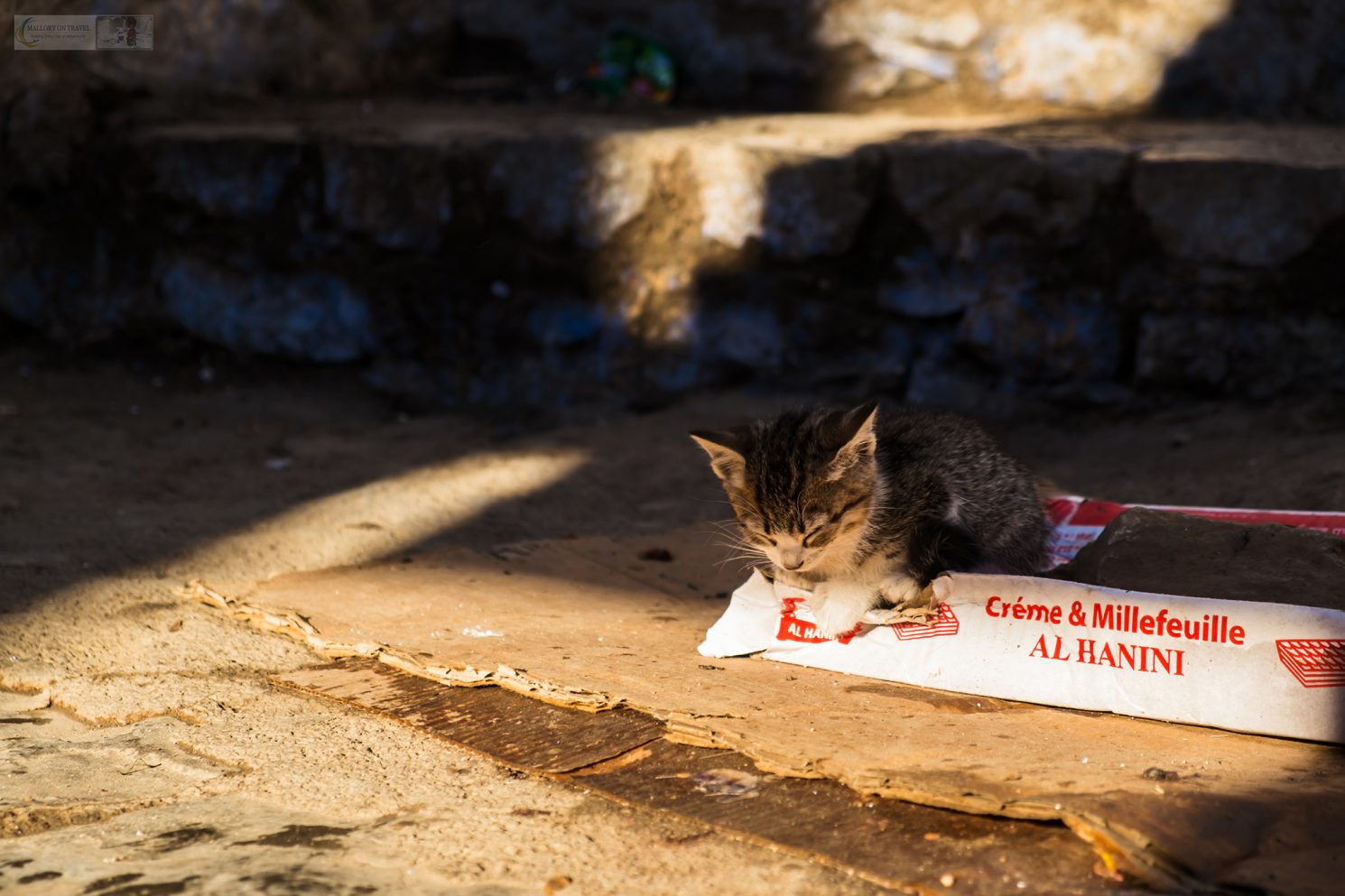 It may seem slightly strange that the first post from Chefchaouen, the beautiful “Blue City” of Morocco should be about cats. However, it’s also the first post of the new year, so it seems smart it should be a ‘feel good’ post and what could be better than Chefchaouen cats; cute kitties from the blue streets. 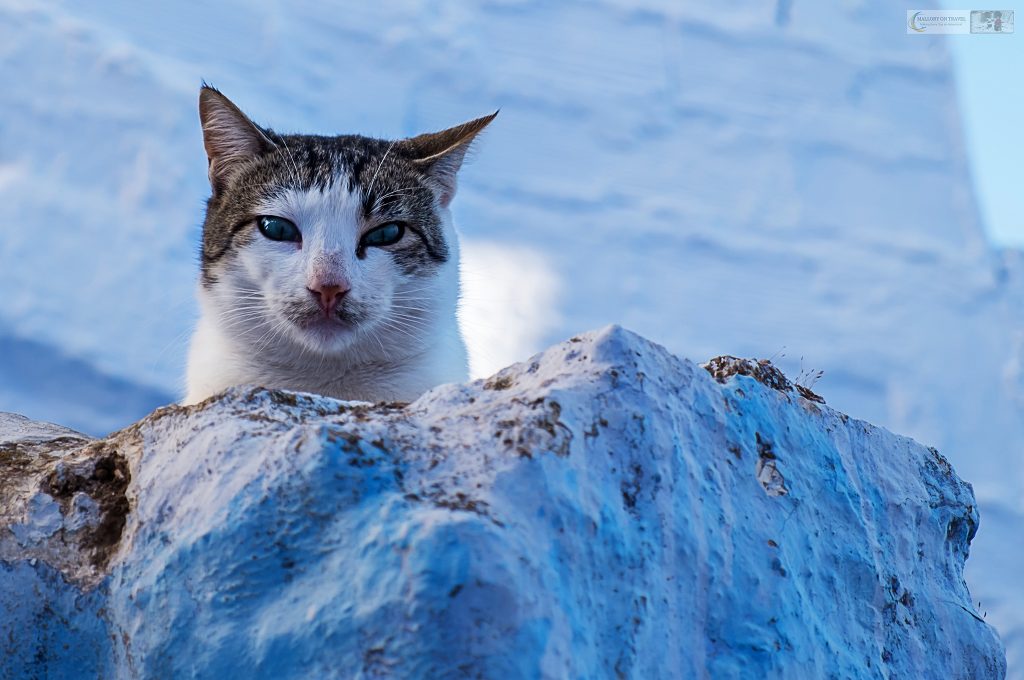 “You are beneath me”

“Besides, those that read this site regularly will know, I like to do things a little differently, prioritising slightly more eclectically than is usual.”

Chefchaouen, the Blue City does live up to its reputation, it is a very attractive town, both from a distance and when exploring the narrow streets, which climb upwards from the town square. We’ll get around to that in the next post……. promise! 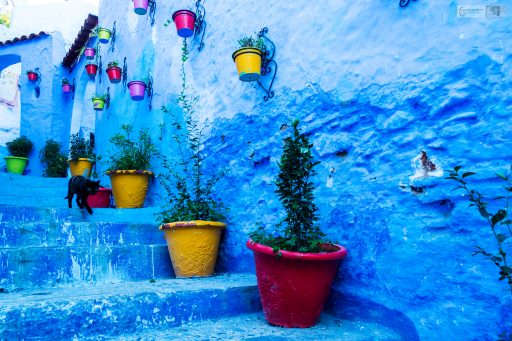 A black cat in possibly Chefchaouen’s most photographed street

The cats however, are everywhere, patrolling the alleyways or sleeping on their favourite step among the multitude of steps within the city. They can be found high up on the walls and roofs of the houses, looking down with typical feline aloofness. The timid are likely to be discovered hiding behind flower pots or dozing in the only ray of sunshine straying into their territory.

Many appear to be feral, living off their instincts on the streets, but most also appear quite healthy, well-fed, perhaps the residents taking pity on them and feeding them their leftovers.

“It’s easy to understand why, I’m not exactly a cat person, but come-on, who could resist these bundles of fluff?”

Even the coldest heart would surely be melted gazing into the big, helpless eyes of these, particularly the kittens. Unfortunately, the occasional tiny, flea-ridden kitten which is obviously in ill health will cross the path of a visitor; it’s impossible not to feel sorry for the poor, little critters, but there’s little that can be done. 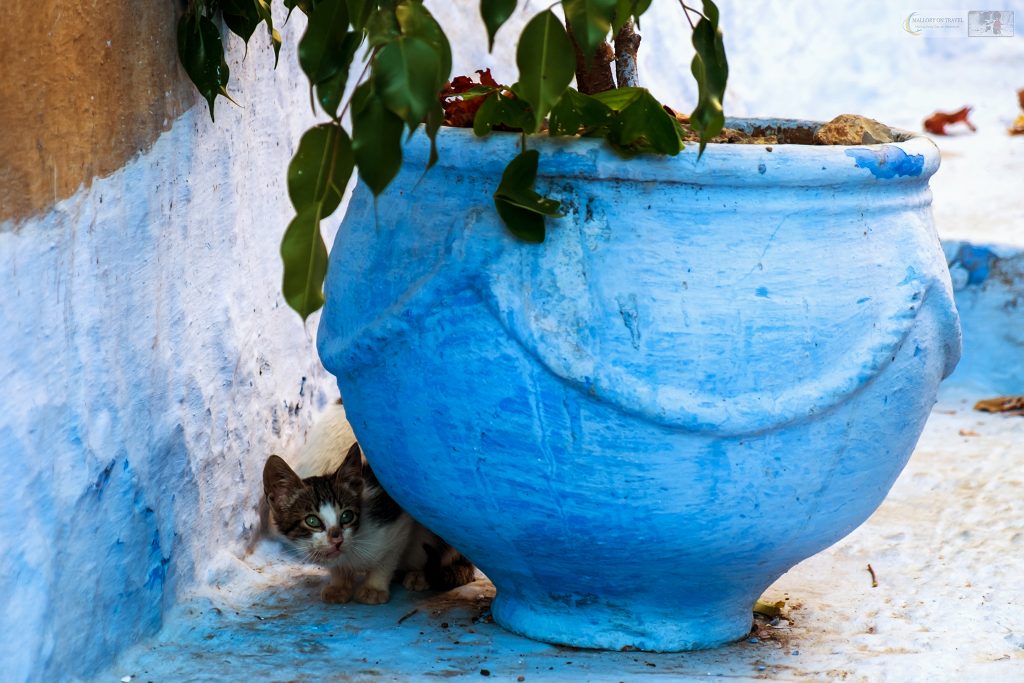 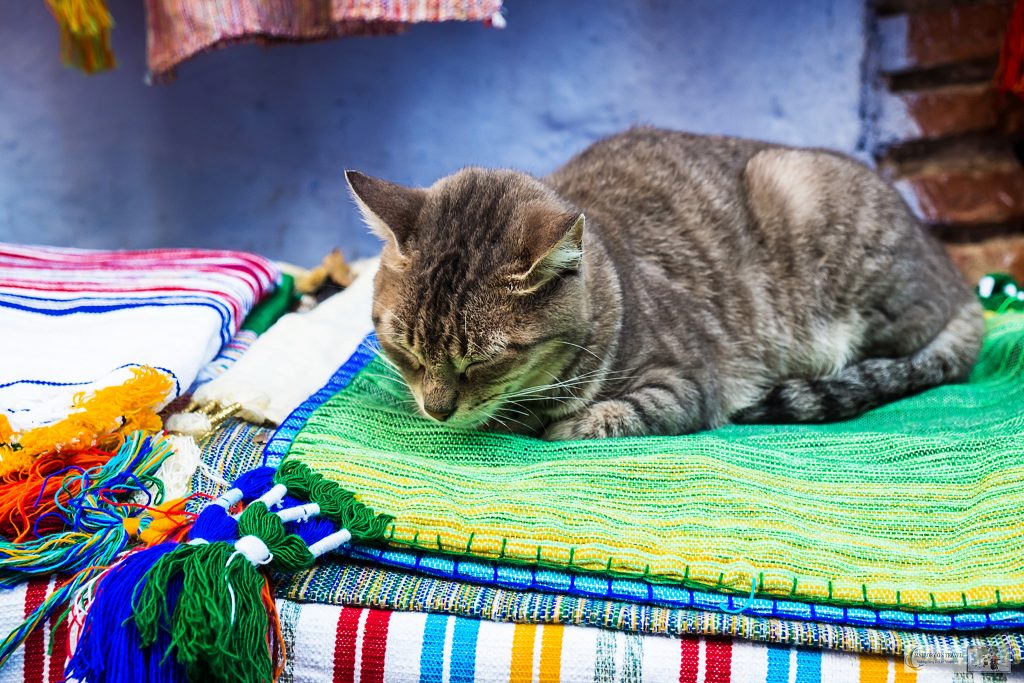 Making a bed in the souk

This final image was captured early in the morning, just after sunrise, after returning from the Spanish Mosque, where I’d been with my best friends, camera and tripod grabbing the sunrise. Being nosey by nature, I explored some of the tiny side streets, which branch off from the narrow alley which acts as the main highway.

Tips for the souks: The Joy of Souks

Along one of them, totally unperturbed by my presence I discovered this little fella, grabbing his piece of early morning sunlight for a quick snooze. The clever little guy was using a pizza box for his bed, providing some insulation from the cold stone of the steps, maybe he’d also found a few scraps of pizza for breakfast. 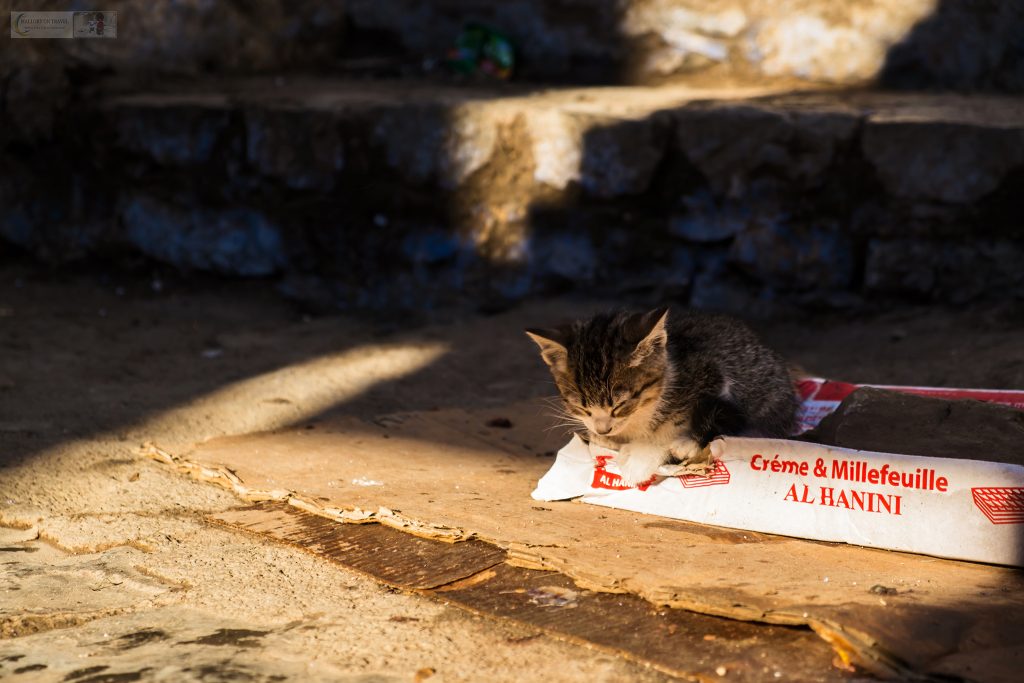 Happy New Year and I hope you get to experience the Chefchaouen cats and the Blue City for yourself this year.