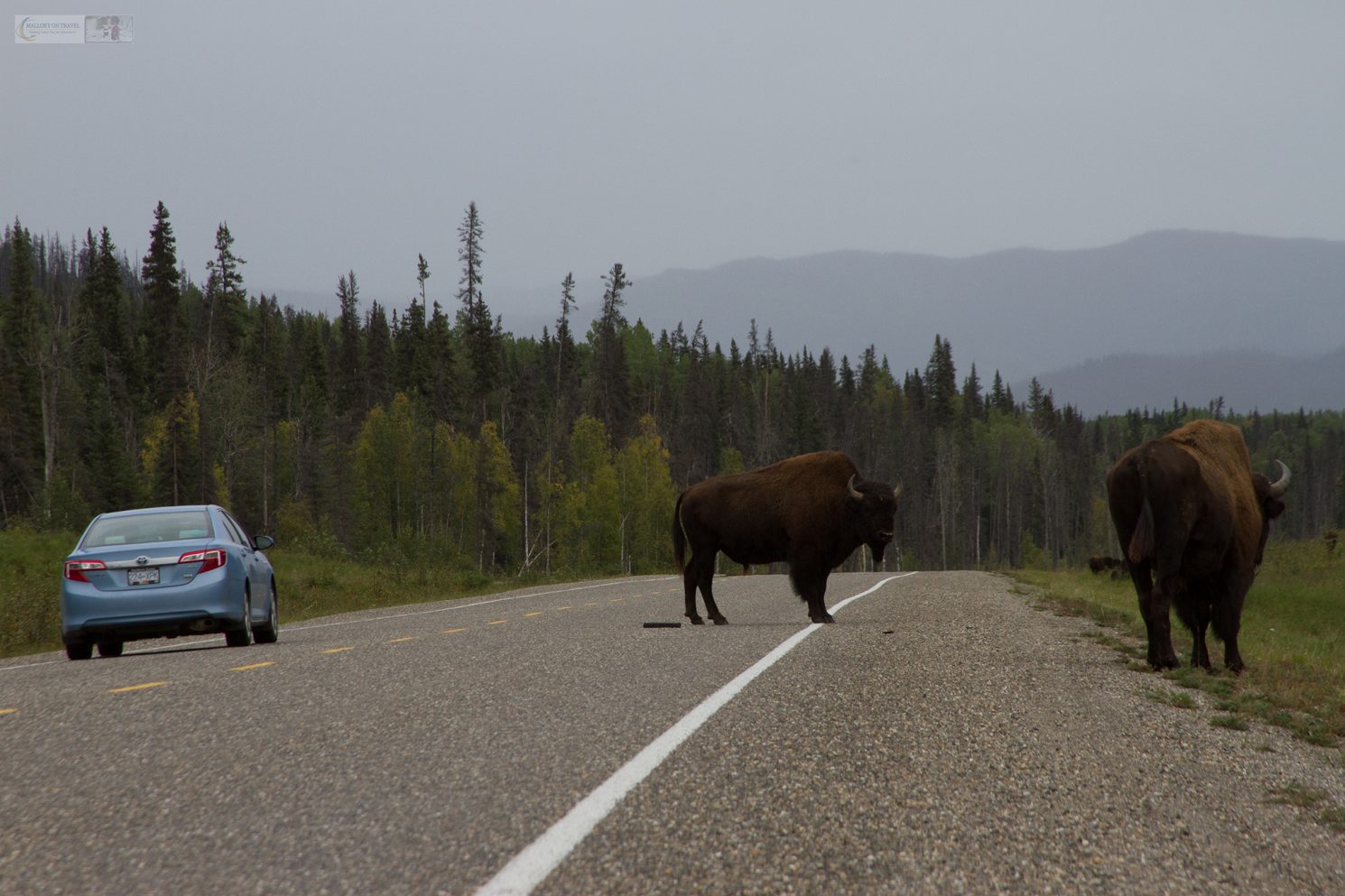 “What’s there to do in  Watson Lake?”

The itinerary planned a full day in Watson Lake, The Yukon, so I’d asked the same question of several of the residents, which presented a bit of a challenge. As the trip was about exploring The Yukon, travelling into BC wasn’t strictly playing by the rules. 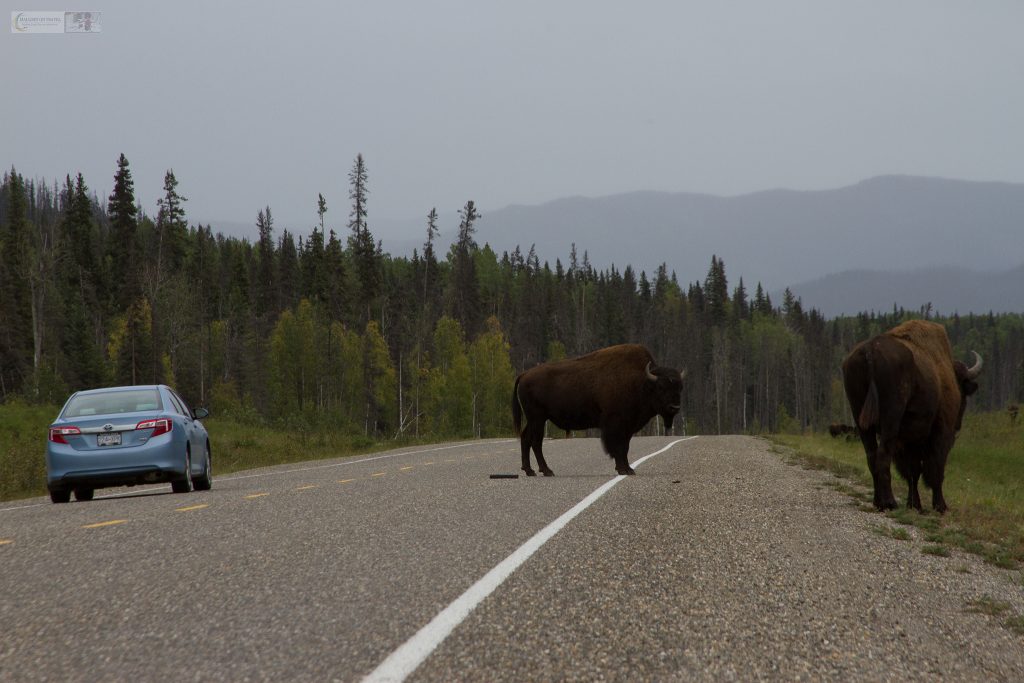 Exploring The Yukon: Tales from the Road – The Yukon

However, as it was the only recommendation any of the citizens of the town were willing to make, it could be described as a local attraction. This seemed a way of reconciling it to myself.

One resident explained that there were bison on the road, decision made, that was easy.

The border crossing into British Columbia is only a short drive from Watson Lake and within a few kilometres I spotted my first bison. He appeared to be a large bull, on his own, unconcerned by my arrival. I stopped to take a few pictures, just in case he was the only one on the road today, within minutes there were several other cars parked and taking pictures.

“I needn’t have been worried that he would be my only bison, several kilometres further on, there appeared to be an entire herd grazing at the side of the road.”

Around a hundred bison in groups ranging from two or three to nearly twenty, most seemed unconcerned by the motorists, which is probably why several are injured or even killed in traffic accidents every year. 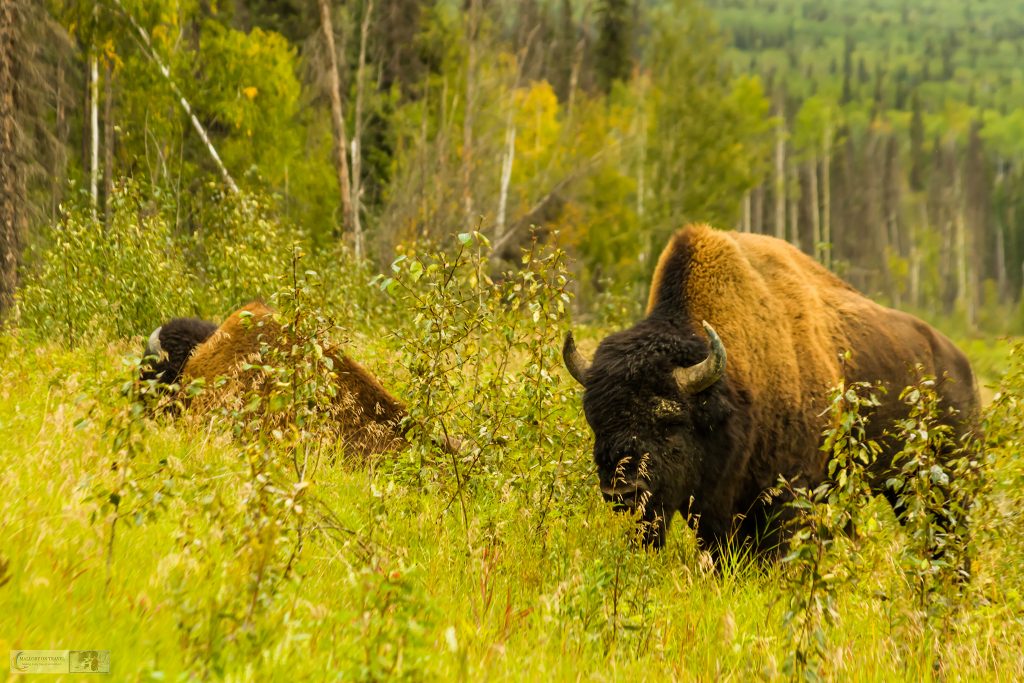 Feeding on both sides of the road, lying in the verges or even in the middle of the road, they cross regularly, fortunately the road doesn’t appear especially busy. Most cars slow to observe these great animals of the plains, even stopping to take photographs.

“The verges are so lush, it’s like fine dining for bison” 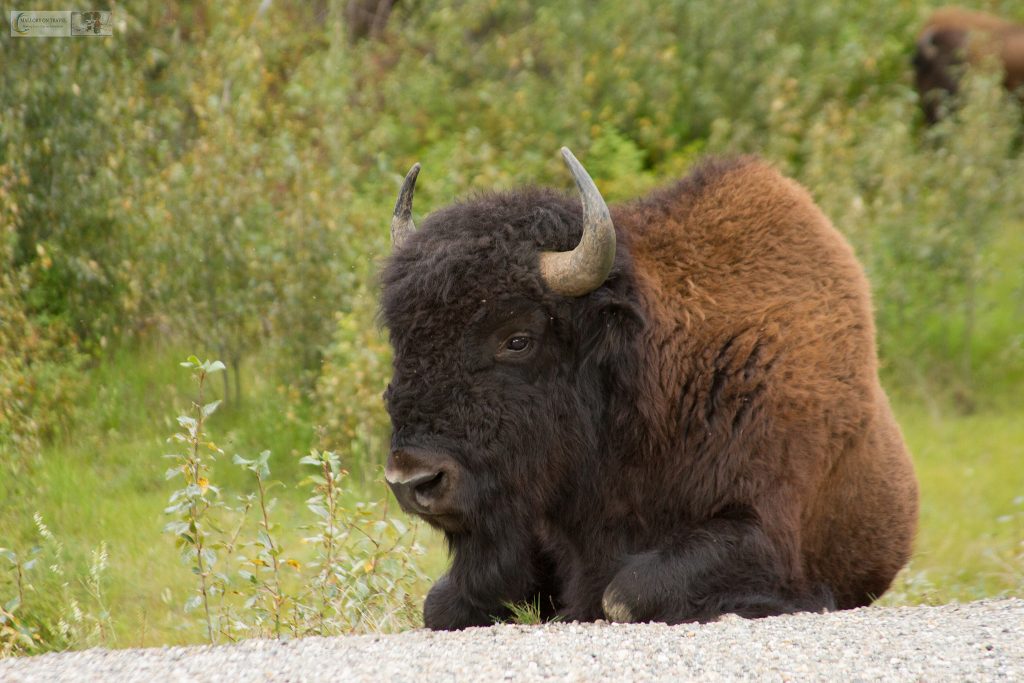 They are huge creatures, but even among these, there was a dominant male, his status obvious, a massive, powerful animal. His presence is impossible to ignore, all the other bulls move aside, respectful and giving him a wide berth.

There were a few mothers with calves, all of which would have been the fathered by the bull, he will have won countless battles to earn this right. It’s likely he’d have countless more to fight in the rutting season which was to come. 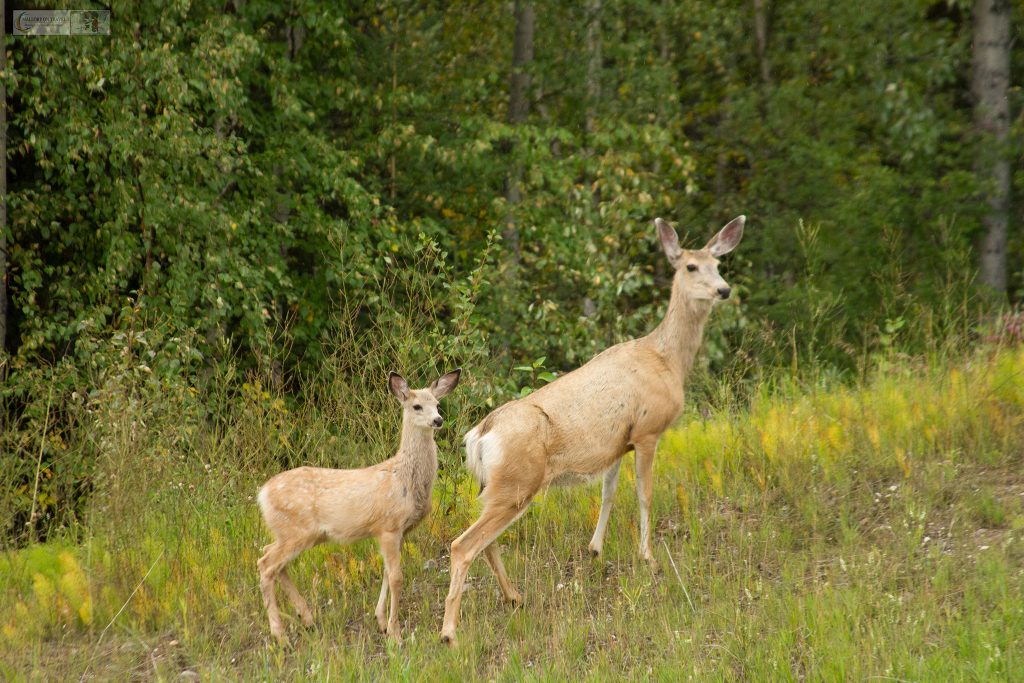 It’s not just about the bison

I spent well over an hour with these magnificent beasts, animals we almost drove to extinction. we should all be grateful to people like James “Scotty” Philip “the man who saved the buffalo” that we can still witness scenes like this, and spend an hour with such beautiful animals.

Incidentally, I did get to Liard River Hot Springs, the recommendation was warranted, but it’s still the second-best attraction near Watson Lake, the bison take top spot. 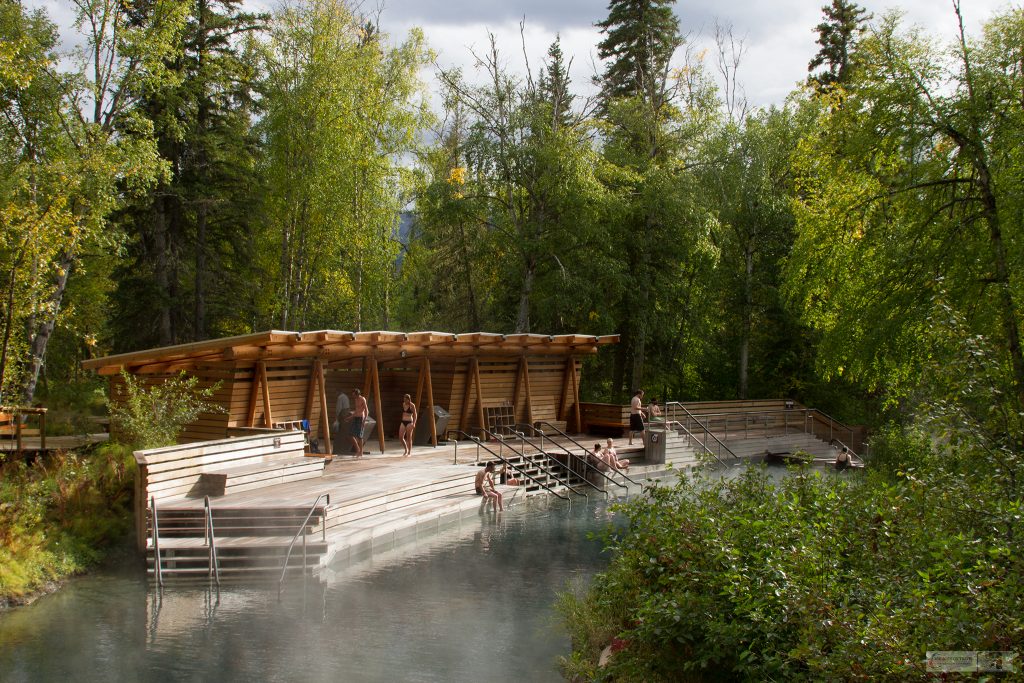 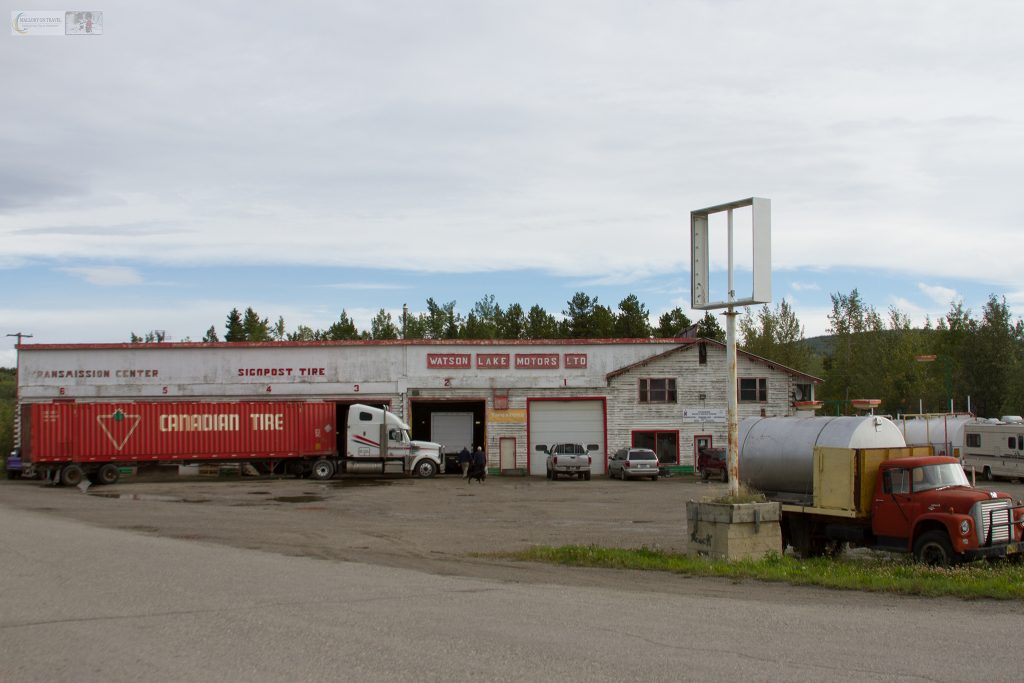 I was also attracted to this!