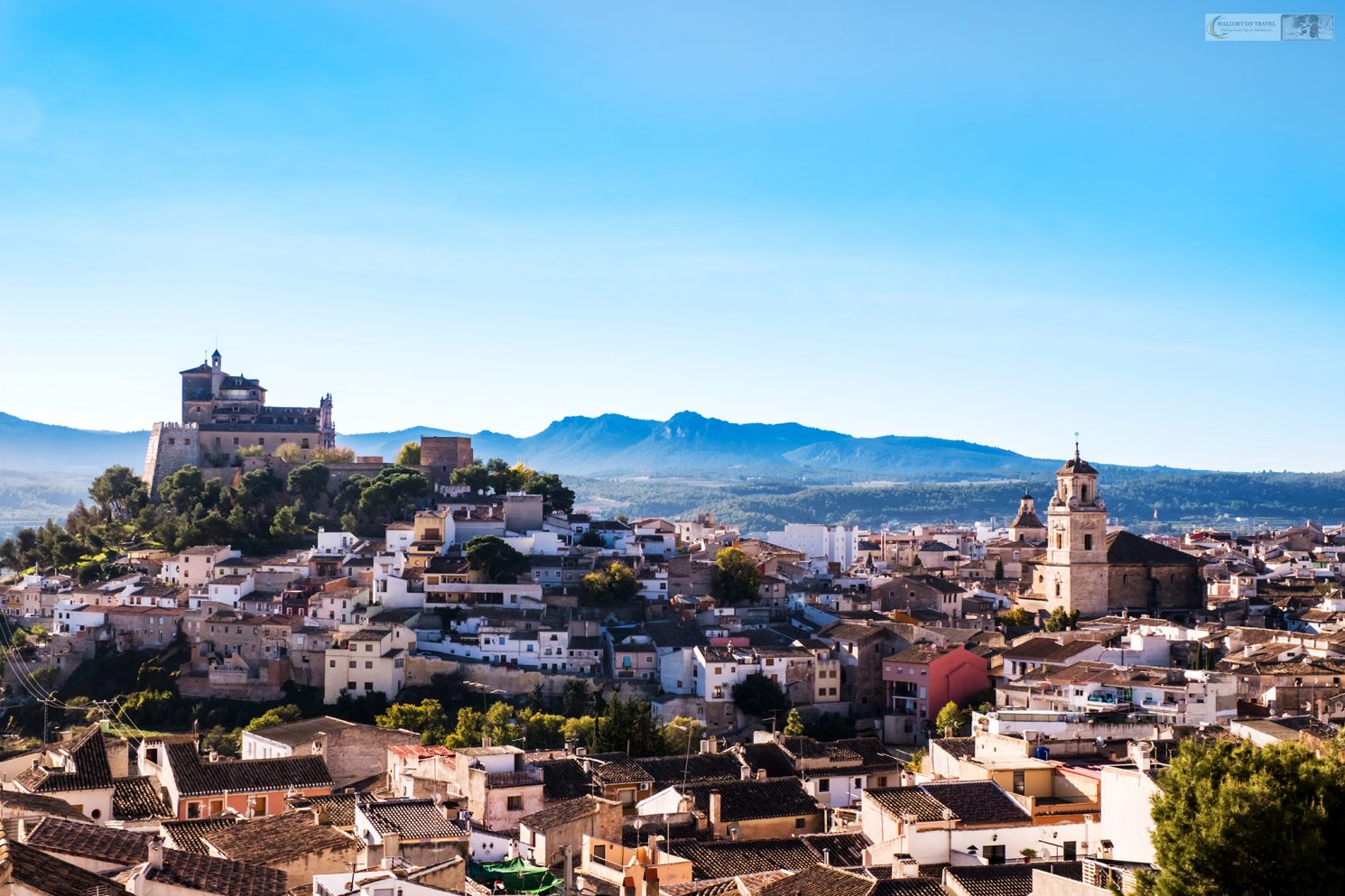 Travelling to the fifth holy city of Catholic Christianity, Caravaca de la Cruz, in Murcia, the imposing Real Alcázar is the landmark which initially catches the eye. The castle can be seen from some distance while travelling along the nearby motorway which leads into the city, the fortified ramparts which dominate the city from its high point, overlooking the surrounding area. 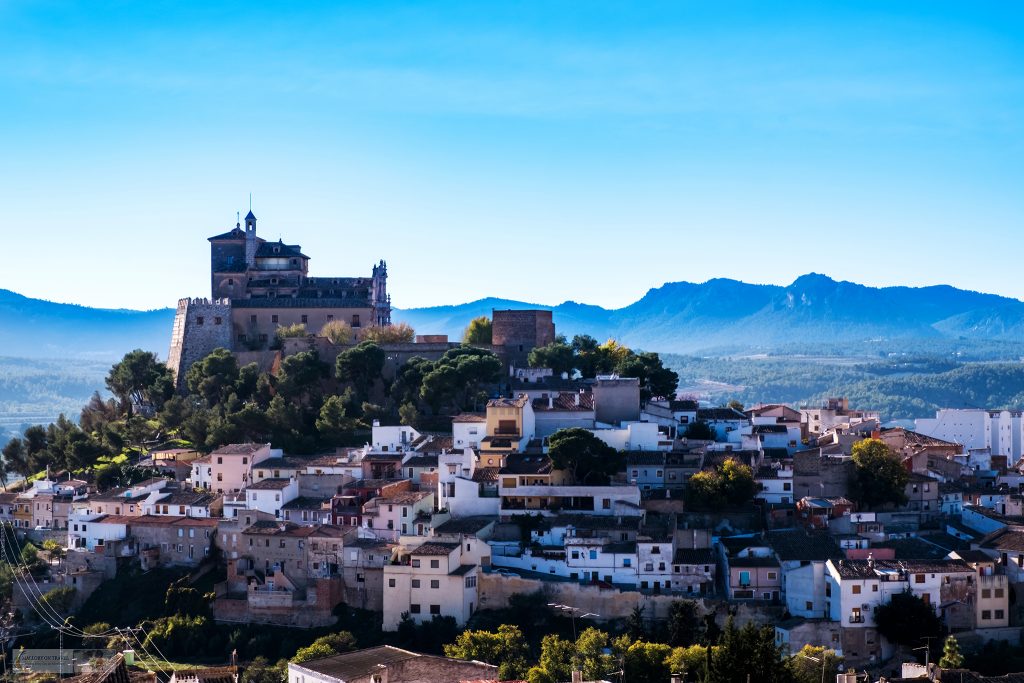 Entering the town, old, narrow streets climb steeply from the lower levels, seemingly drawn towards the Castillo, where the treasures of Caravaca are housed; the Basilica de la Cruz and the Cross of Caravaca. 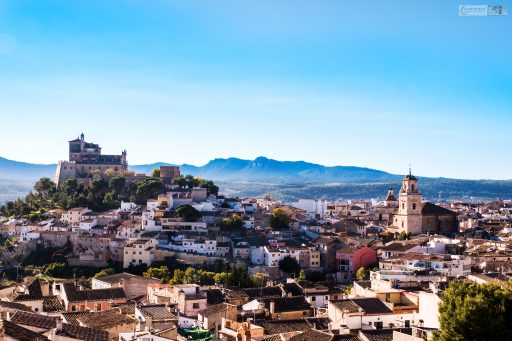 Caravaca, City of the Cross

The ‘cross’ as a symbol of Catholic Christianity is unusual, as it has double horizontal bars, like any treasure it also has a good story.

During the 13th century, when the Christians were reclaiming this region of Spain back from the moors, a missionary named Don Gínes Pérez Chirinos de Cuenca was captured. He was taken before the Muslim king, who curious about the Last Supper, persuaded the missionary to perform the Holy Communion, providing an altar and other necessary symbols. The missionary exclaimed it was impossible without a cross, at which point two angels appeared carrying…… a cross.


The legend tells that during the breaking of the bread, the king saw a baby, rather than the bread and immediately converted his family to Christianity, having them all baptised.

The cross was believed to have contained a piece of the True Cross, and is now a symbol of protection for the people of Caravaca, providing strength to the people of the city. It is also associated with the infamous Knights Templar, the sect, which, incidentally built the castle in the 15th century.

There is a further legend that townsfolk and Knights Templar defending the city from a Muslim attack, took refuge within the castle, but soon discovered their water source poisoned. Wine recovered by scouts was blessed in the presence of the Caravaca Cross and this wine was administered to the poisoned, you guessed it, they immediately recovered!

Caravaca is in illustrious company, being granted a jubilee year, which is celebrated every seven years, it is one of the five holy cities, which includes Rome, Jerusalem, Santiago de Compostella and Camaleño. 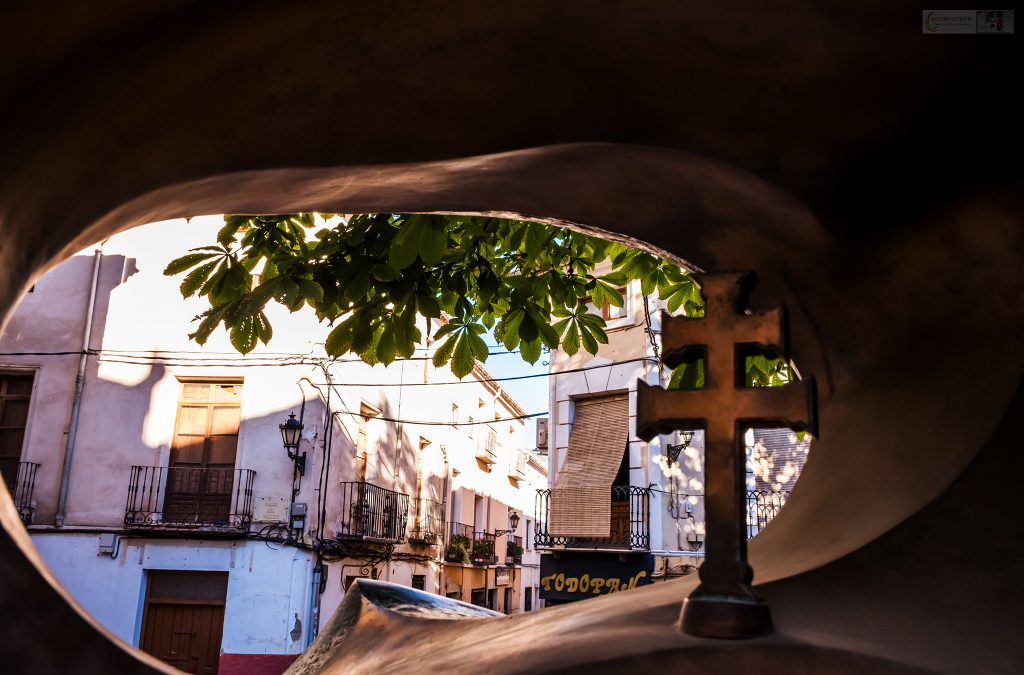 Cross within a sculpture

It is therefore unsurprisingly blessed with several places of worship, apart from the Basilica, the most impressive is the Church of the Holy Conception, with a distinctive tower. It is visible from the castle and other high points in and around the city.

As the evening draws in, and the shadows of the narrow streets begin to deepen, the town seems to grow in appeal. The warm light of small bars and restaurants glow invitingly, tempting those caught outside to enter and escape the chill of a Spanish winters eve. 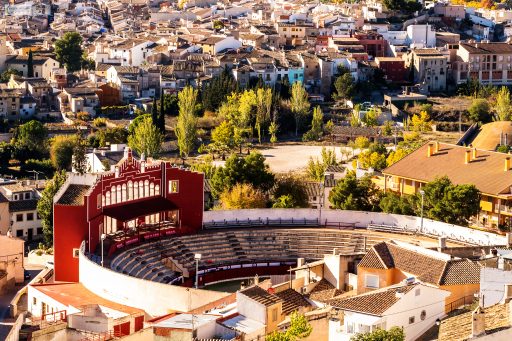 The bullring, another cultural hub

City of the Horse

During the quiet hours, it is difficult to imagine these streets filled with a throng of cheering, brightly clothed spectators and equally vibrantly dressed competitors. Yet, this is exactly what happens every year in May, when “Los Cabanos del Vino”, the festival of “Horses of Wine” is celebrated.

Teams of four men, known as ‘riders’ run with a colourfully and imaginatively decorated horse through the town, up to the sanctuary of the Real Alcázar. The museum dedicated to the aspiring UNESCO Intangible Cultural Heritage of Humanity event has numerous displays and photographs detailing the pageantry and passionate nature of the festival.

“The decorations worn by the horses are homemade, colourful, and often very elaborate and humorous” 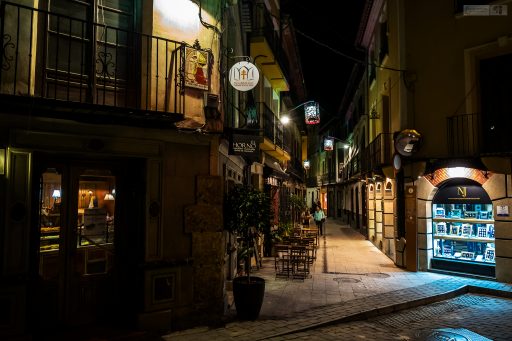 Temptation on a street corner

The following day teams of children hold their own festival, cheered with equal enthusiasm as the older competitors, and all participants win a prize in the junior event. Many however, subsequently progress into strong, healthy participants in the more competitive adult event.

Read about another Spanish cultural treasure: Postcards from Prehistory in Altamira, Cantabria

Listening to the enthusiastic museum curator, himself a ‘rider’, viewing the colourful and often powerful storytelling of the many images, the passion of the festival seems to come to life, it appears captivating. It certainly fired my imagination, attempting to visualise the attractive streets of Caravaca filled with passionate, enthusiastic crowds, celebrating the grace and power of horses, through the spectacle of the festival. Cheering on their favourite team as they race through up the steep climb to the castle.

The castle remains the central hub of the community in Caravaca, of historical and cultural importance to the attractive town it overlooks. Dominating the landscape, yet a symbol of protection and strength for all that live within its imposing shadow. 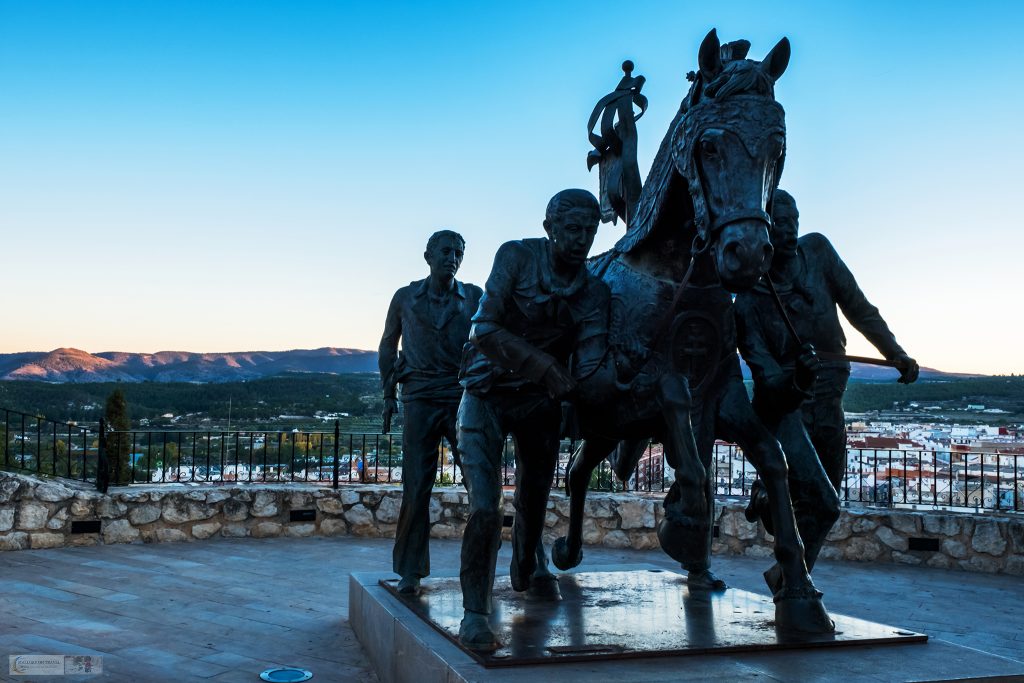