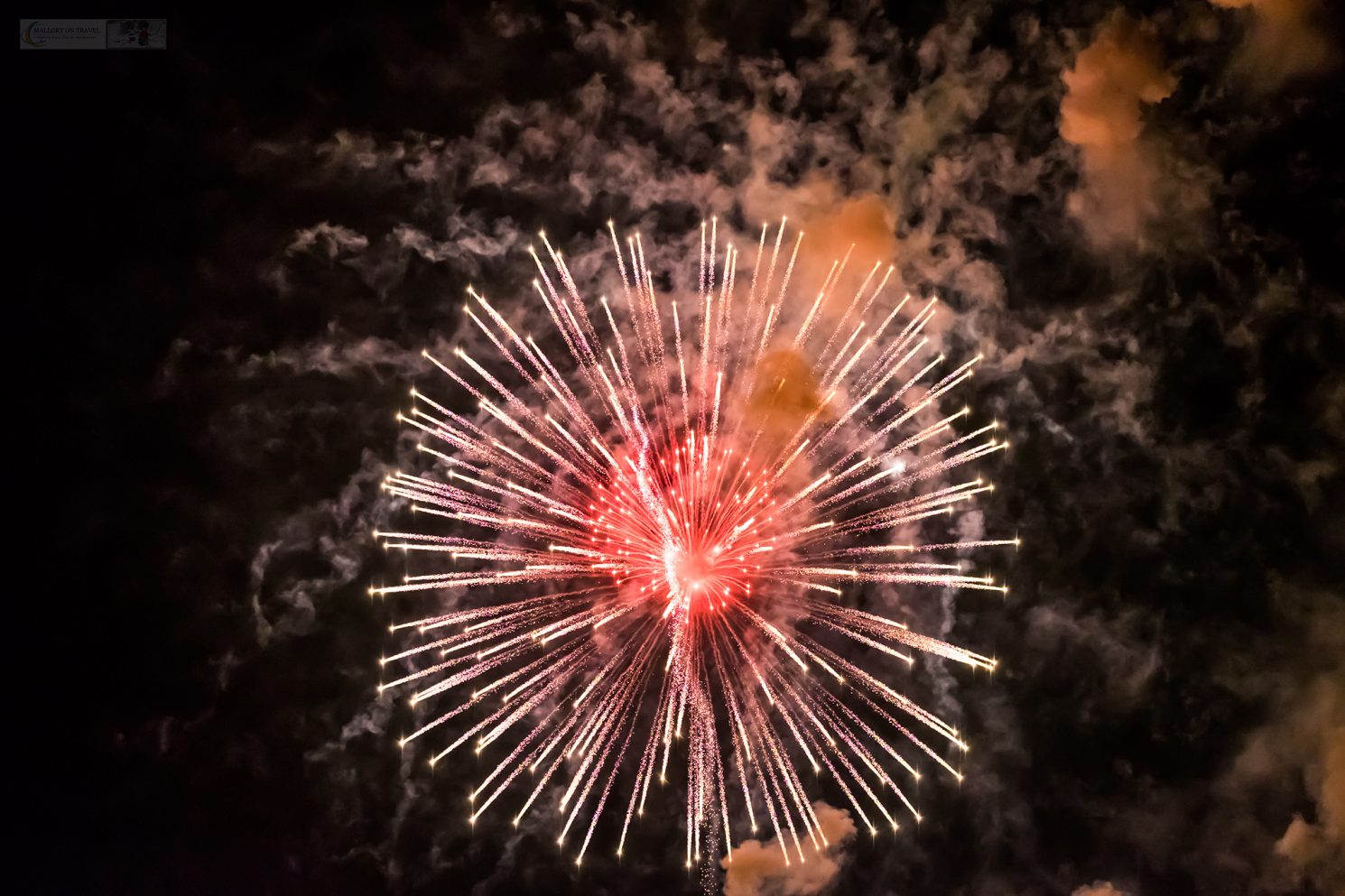 The acrid stench of cordite mingles on the cool November air with the sweet smell of cinnamon, toffee apples and the tempting aroma of hot dogs and burgers. A huge pyre has been lit and the flames lick the inky night sky, sparks carrying on thermals high above the heads of the expectant crowd, before drifting away on air currents and disappearing into the darkness. This is bonfire night in the United Kingdom.

Bonfire Night; A History of Eccentricity

Guy Fawkes or bonfire night is a quintessentially British festival, remembering, nay celebrating the night possibly England’s first extremist attempted to blow up the House of Commons. The Gunpowder Plot was ultimately an early, and failed act of terrorism. However, it seems likely in the current climate of disillusionment and mistrust of politicians, that there are many that sympathise with Mr Fawkes’s motives. 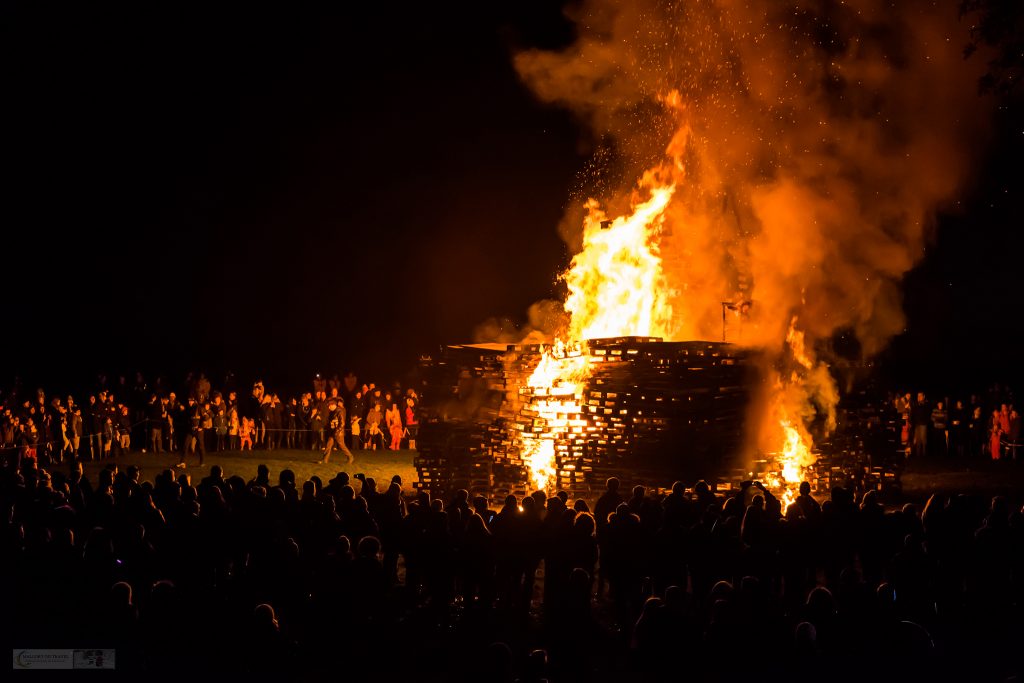 Fortunately, bonfire night is just a social event now, with family gatherings in gardens all over the country. Small fires usually built by dads and uncles, who then take control over setting off the fireworks while mums and aunties control kids and the flow of warmed alcohol like mulled wine. Effigies of Guy Fawkes possibly made by the children are burned atop the blaze.

“I remember as a grubby, little urchin on the streets of Blackpool, with a homemade Guy, asking passers-by for “penny for the Guy”. Never intended for burning, just a means to boost my paltry pocket-money. This tradition seems to have been lost, possibly for the better, but a tiny piece of our culture now appears missing”

There are also hundreds of organised events in parks and recreation areas supervised by the local firemen, rotary clubs or scouts and guides associations. Well managed, cheaper and often with spectacular displays, they provide a safer option and are usually well attended. 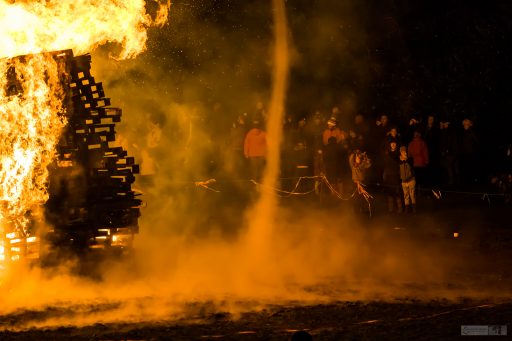 Our local event is held in Brabyns Park, a large green space bordered by the River Goyt and Peak Forest Canal, on the edge of the small town of Marple. Thousands of wellington boot clad feet, descend upon the site, their owners hoping to be thrilled by a huge fire and impressive pyrotechnic display. Colourful hats, scarves and gloves are worn, some new others disgorged from the forgotten depths of drawers where they’ve dwelled throughout the warmer months.

Bonfire night marks the transition into winter, the clocks are turned back just a week before, nights grow longer and the chill of the season seeps into the bones of young and old. Heating systems are being turned on again for the first time in months, chimneys have been swept and piles of logs stored in preparation for the inevitable winter freeze. The last of the autumn colour is rapidly draining from the landscape, and seeing it off with fireworks while welcoming winter with a roaring furnace seems appropriate; at least in eccentric British culture it is. 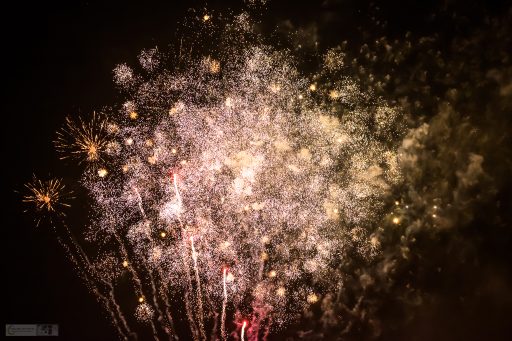 Lighting up the sky

The crackle of the huge inferno can be heard above the excited chatter of an expectant crowd; children whirl sparklers like trainee wizards from Harry Potter. They write their names in the air and tiny sparks erupt from white-hot ends, burning brightly like tiny stars, vigilant parents carefully watch their excited offspring play. The effect of many layers of clothing and duvet jackets give the appearance of a colourful Michelin man convention, and the multitude of big name outdoor clothing brand names on display would be the envy of any rambler’s club.

The fire seems to have a life of its own, the flames of the inferno dancing a merry jig. It produces a heat so intense that even from a distance the warmth can be felt, taking the cold edge off the clear November evening. It creates its own weather system, steam rising from the damp grass is sucked towards the pyre, as it greedily devours all oxygen from the surrounding air.

“The night lights up with every firework, but small, eager, excited faces light up brighter still”

Swirling thermals spring to life, as super-heated air from the blaze meets the cold air of the night, creating small twisters off to one side, spinning rapidly for several moments, gaining momentum before dissipating into nothing before our eyes.

The time has come for the fireworks to be lit, and an expectant crowd begins to countdown, there are several false alarms before the first rocket shoots into the sky exploding into a small star system high above our heads, bringing a loud cheer from the crowd. 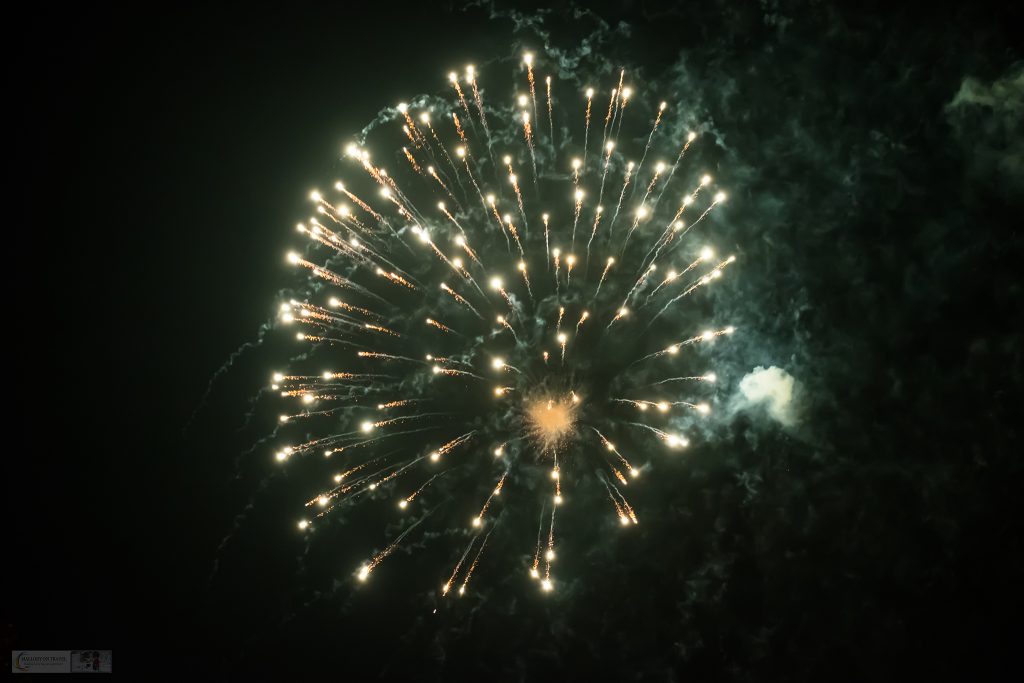 We watch enthralled as dozens of pyrotechnics shoot from the field below our feet to explode in extra-terrestrial displays way above us. Thousands of stars explode into life, before quickly dying, it’s like watching the birth and death of a multitude of suns and galaxies in milliseconds. Like the many images seen through the Hubble telescope, miniature gas clouds, and star nurseries against the dramatic black canvas of the winter night.

More reasons to visit the United Kingdom: What’s so Great about Britain? 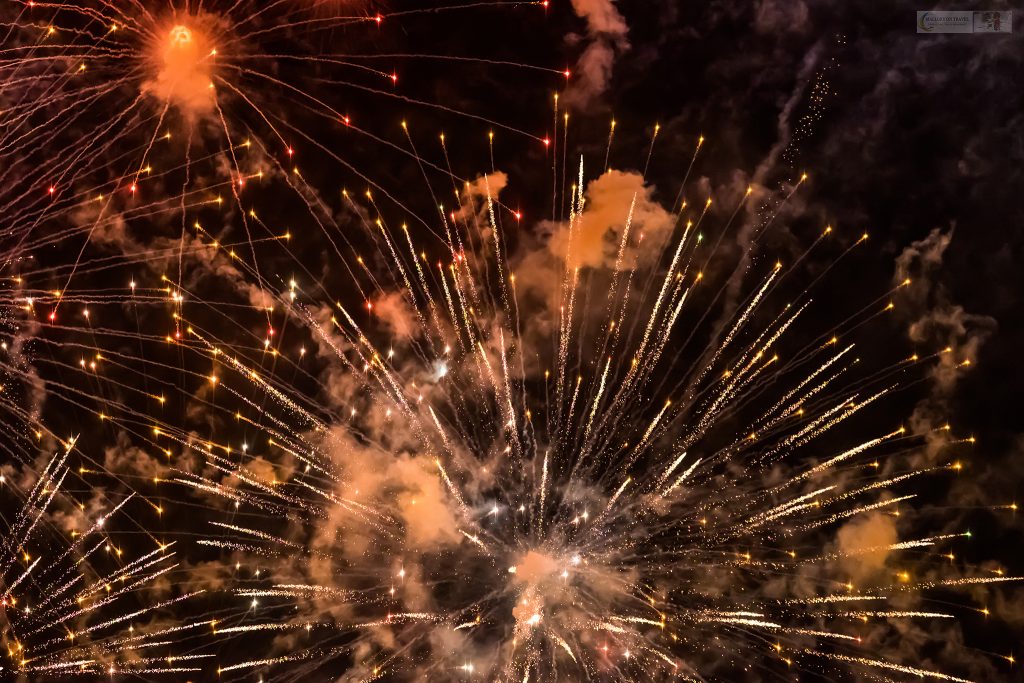 The sweet smell of candy floss and spicy-sweet aroma of hot mulled wine drifts on the breeze, distracting, tantalising, but moving would mean sacrificing a prime viewing spot. It will wait until the end.

Eventually, and all too soon the cosmic display over Marple ends, spectacular, slightly less than inter-stellar, but still thrilling. 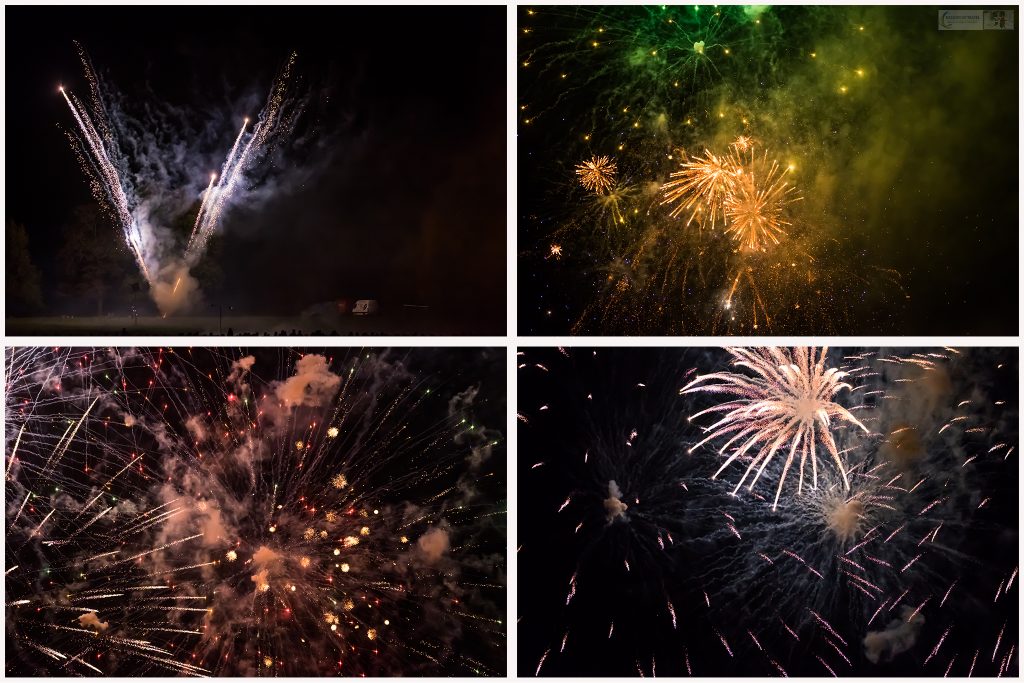 Wellington boots trudge up hills and down cul-de-sacs, carrying toffee apples in one hand and burned out sparklers in the other, back to warm fires and well-lit rooms. Excited, but tired children ready for bed, their dreams possibly filled with bright stars and exploding galaxies, memories and imaginations will suffice for a year, until the eccentricity of bonfire night is reproduced once again. 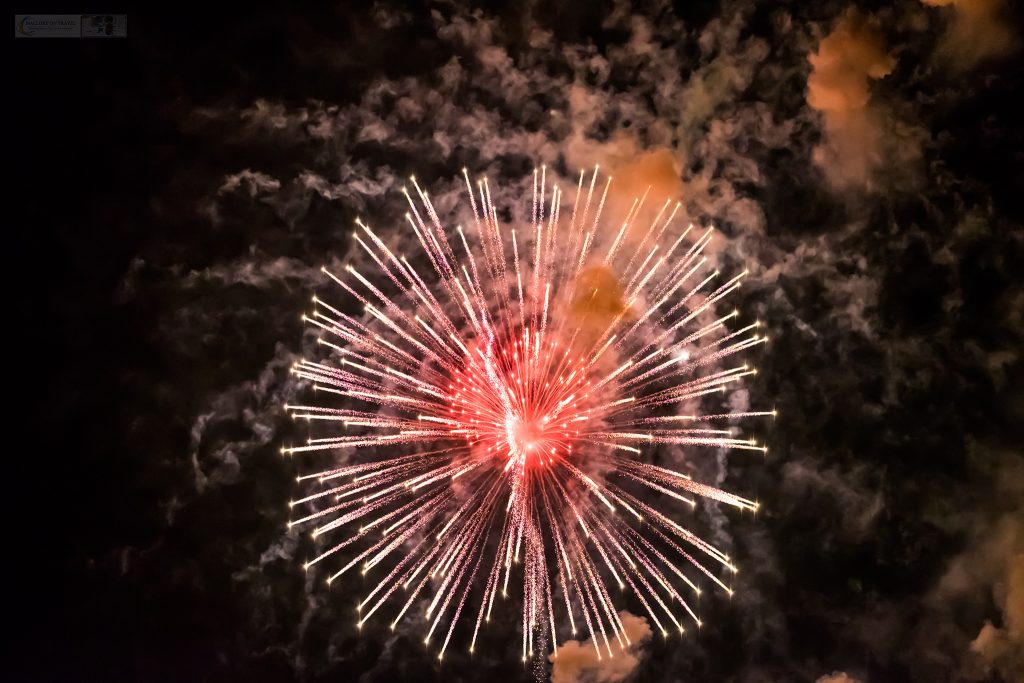