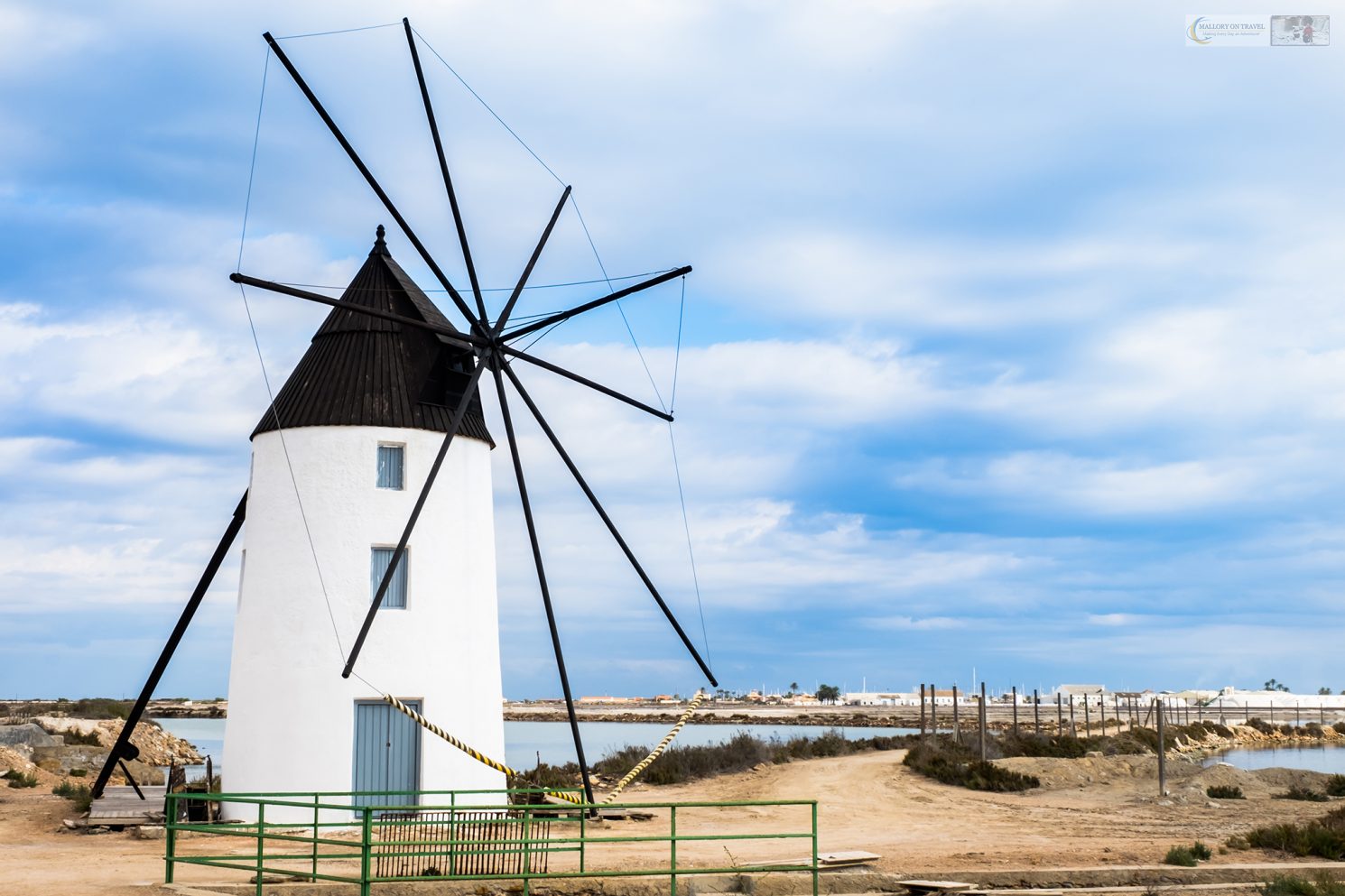 There’s something exciting about seeing flamingos, these quirky, social, sometimes funny, these strange birds which may have been around for over 30 million years. Seeing a small flock in the salt flats of San Pedro del Pinatar, in the Spanish region of Murcia, was initially surprising, but in the land of flamenco it seemed somehow appropriate. 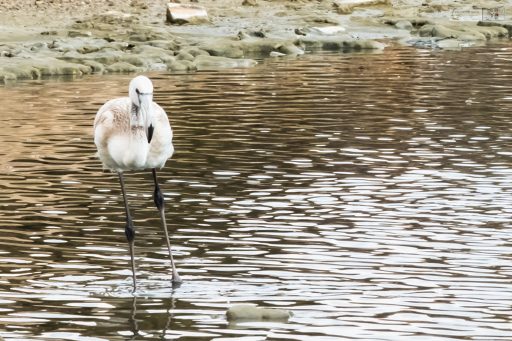 “Not convinced of the connection yet, read on”

Flamenco, is an artistic dance native to the regions of Murcia, Andalusia and Extremadura, which although can be serious, also has a frivolous, more care free form. Anybody that has witnessed the social dance performed by a flock of flamingos will surely have recognised some similarities to this lighter expression of a dance considered synonymous with Spain.

Ok, strictly speaking, castanets aren’t usually used in the performance of flamenco, but we do tend to associate the instrument with the dance. The staccato, percussive clackety clack sound they produce ideally suits the passion of a flamenco performance.

Passion is in the pink

It’s seems unlikely anybody might describe flamingos as passionate, most of the time they appear aloof, haughty birds looking down on not only other feathered flying machines, but everything and everybody. 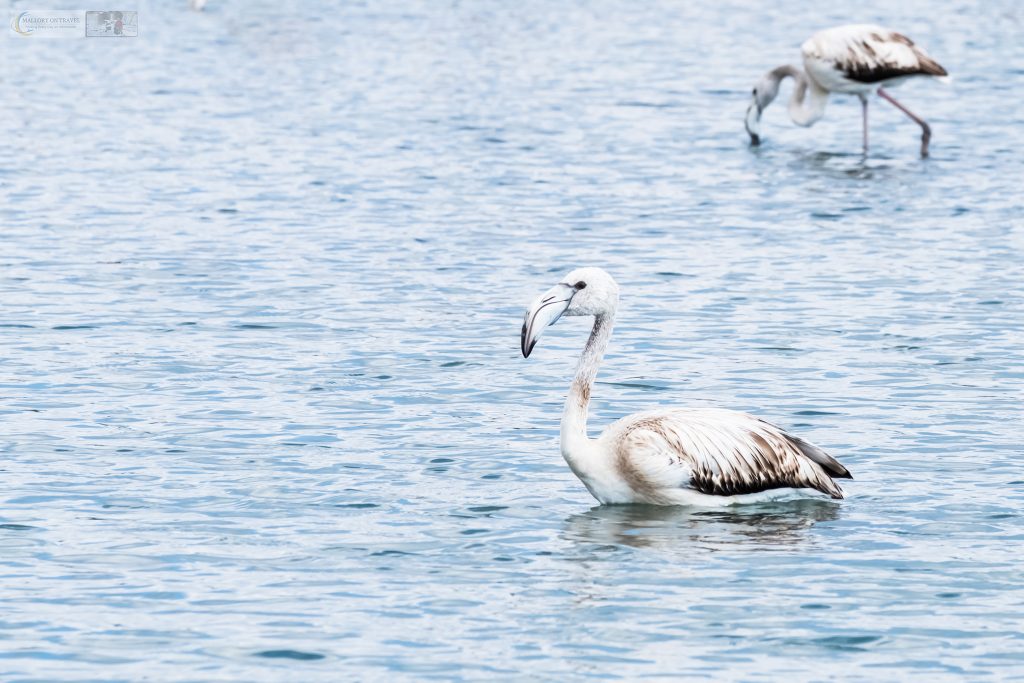 Which way to the Blue Lagoon?

However, flamingos have a dance of their own, ritualised, appearing almost choreographed, they shuffle one way in unison, then the other, comical to watch, but also strangely mesmerising.

These Spanish flamingos didn’t treat us to the cool moves of their courtship dance, but it was still exciting to see these unexpected inhabitants of Murcia. Most are the pale white colour of young birds, initially I thought they were building up their strength and flying skills before following their parents to the winter roosting grounds.

“However, it seems flamingos are resident here all year round, just a short distance from the famous La Manga strip.” 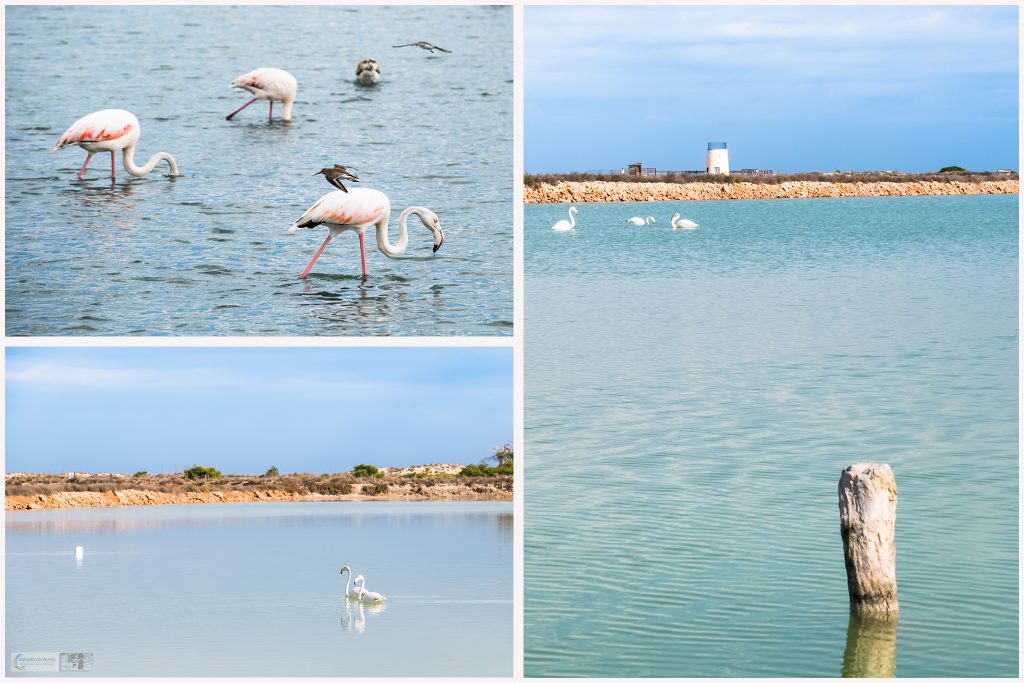 A whiter shade of pale

Young flamingos are born pale, they become pink as they eat more crustaceans, molluscs, blue-green or red algae, and insects, much of which is loaded with beta-carotene. They sieve food through their bills, with their heads turned upside down in the water in characteristic flamingo fashion. It is the beta-carotene pigment which turns their feathers pink, the more vibrant their colour, the healthier the bird and better its chances of breeding. 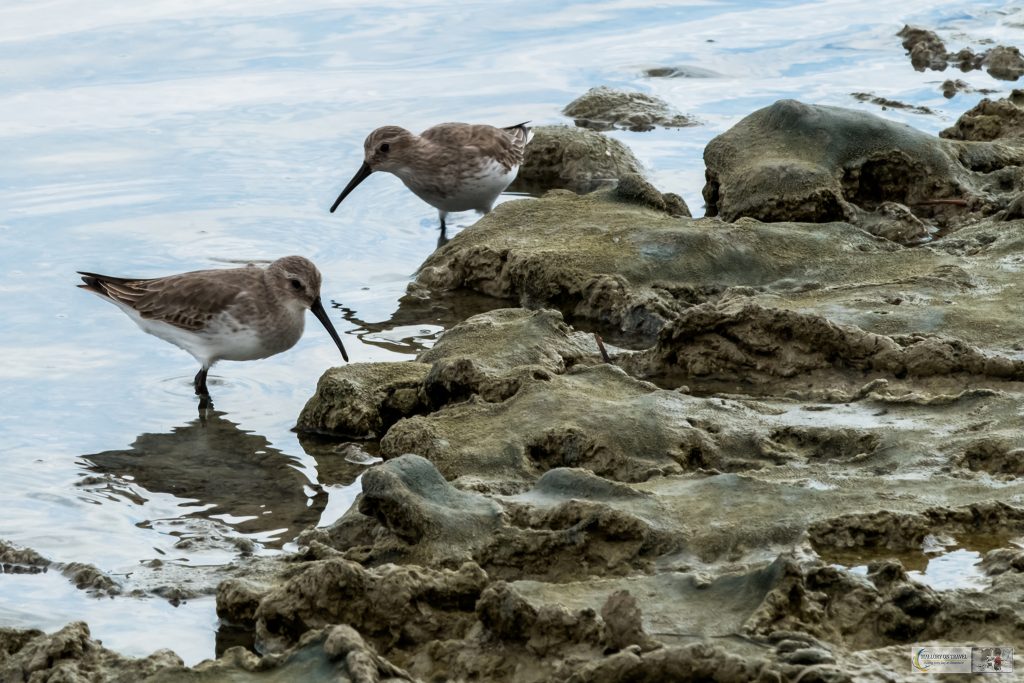 It’s not just about flamingos

The water of San Pedro del Pinatar can also appear pink due to minerals present, apparently when the sun shines directly on the salt flats it can appear spectacular.

Unfortunately, although the sun tried to play ball, the pink colour didn’t really come out, but in the sunshine, the blue-green water appeared like a bath at home filled with mineral salts, though probably slightly cooler! 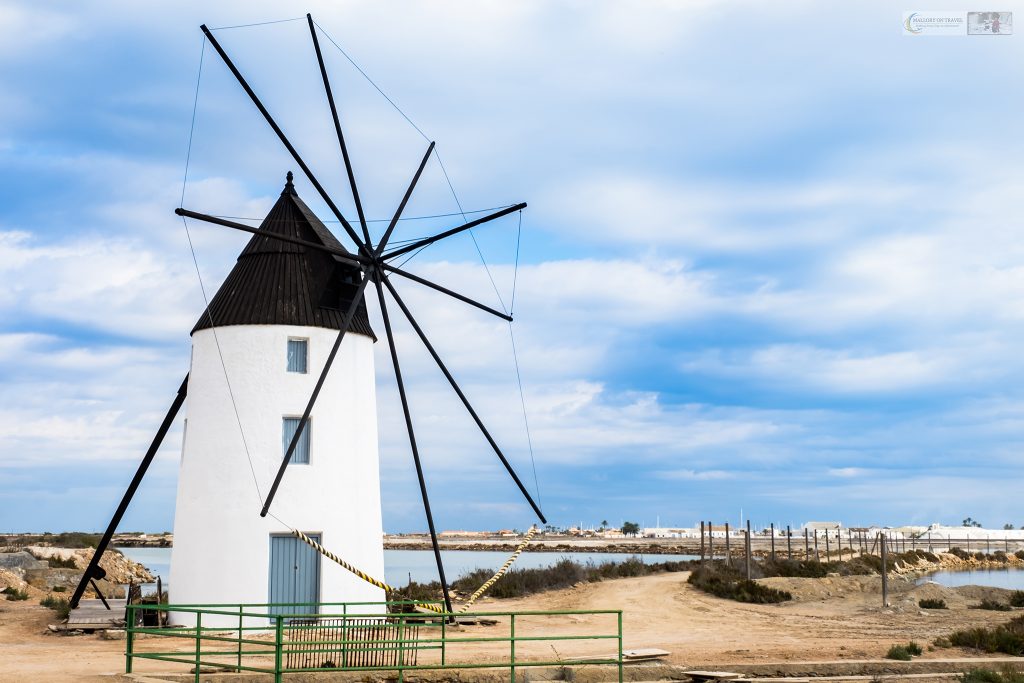 Apart from the perfect white-washed walls of a windmill, we could also have easily been standing next to the steaming waters of Iceland’s blue lagoon. However, nobody seemed keen to dip a toe in this mineral rich soup this day, probably due to the lack of steam!

Seeing pale flamingos, along with a few smaller feathered brethren close to the unexpected surroundings of La Manga strip in the land of the flamenco turned out to be a great introduction to Murcia. 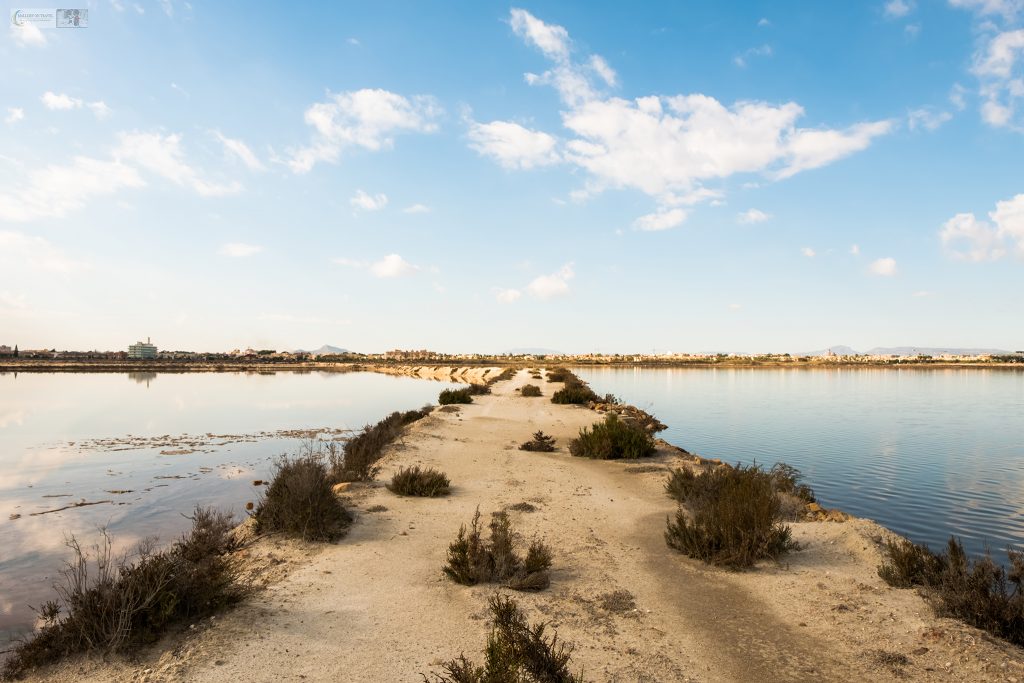 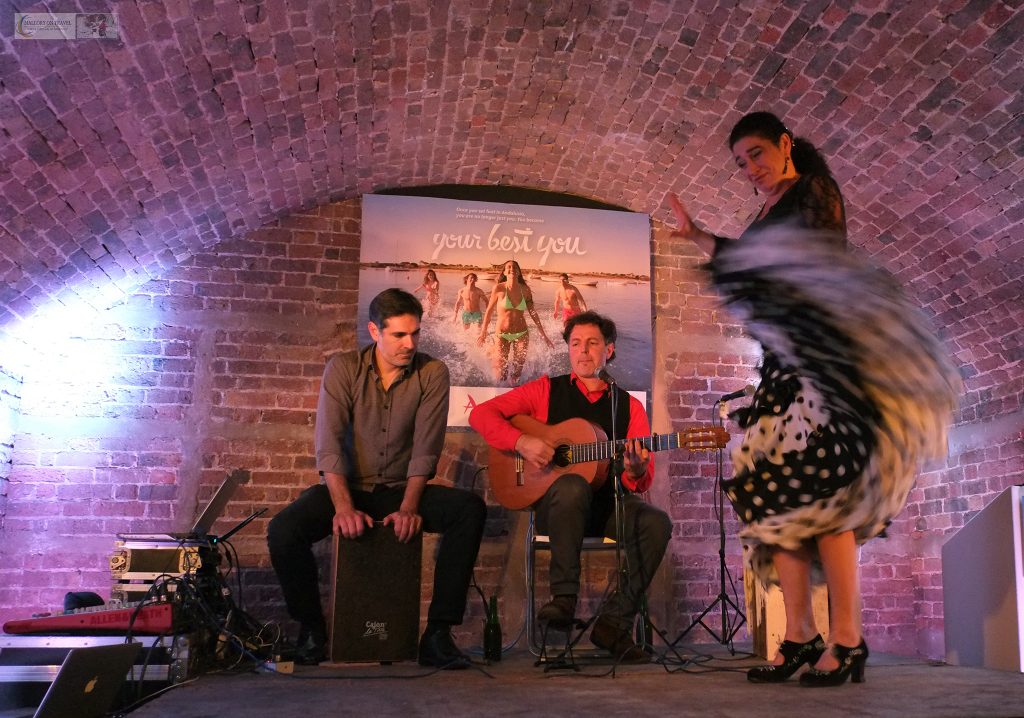