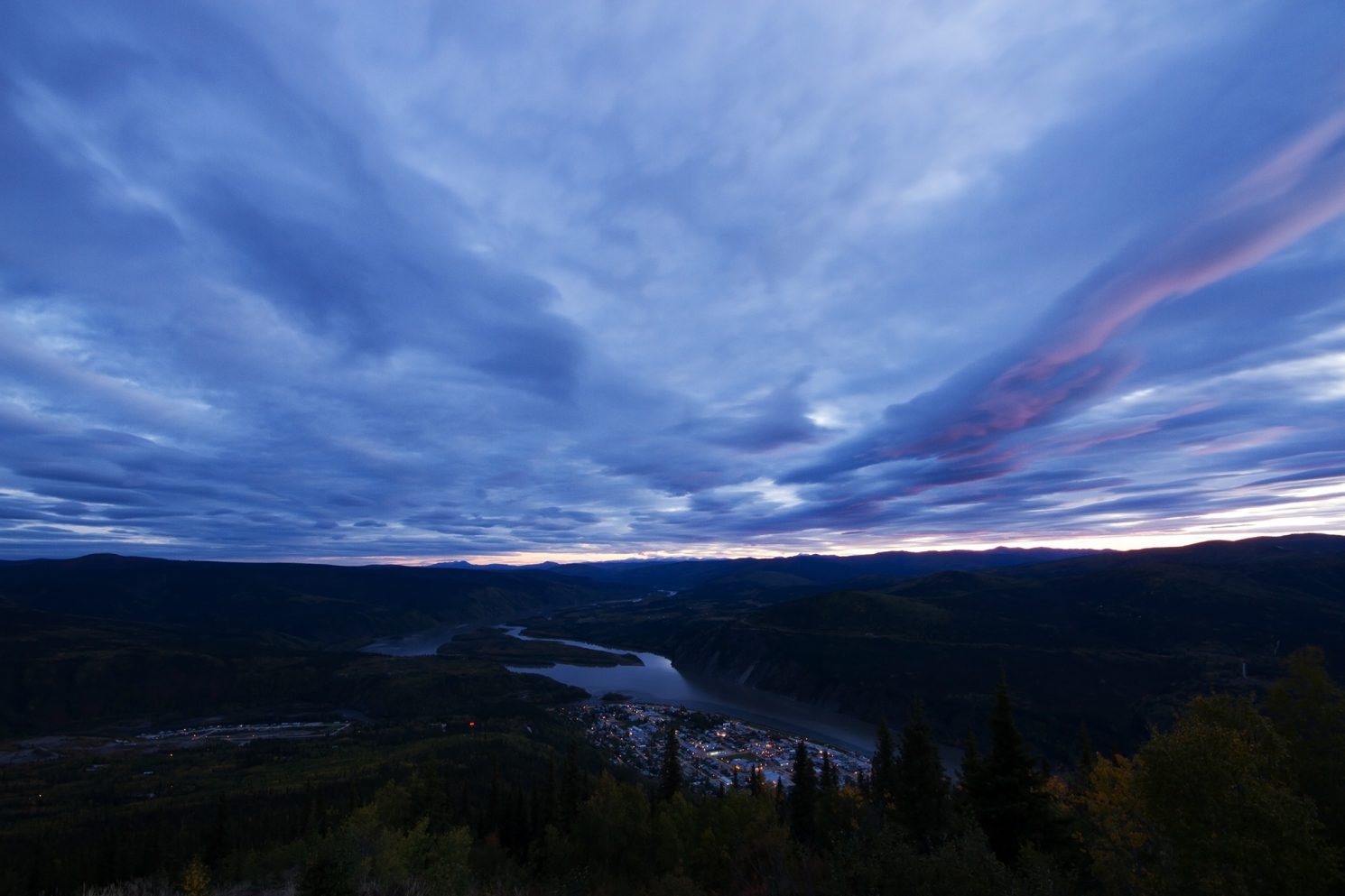 As the huge Chevvy Suburban trundled down the main street of Dawson City on the Yukon road trip, a huge smile began to spread across my face. The colourful, wooden buildings that line either side of the street, typical of how we imagine frontier towns appeared at the height of the Klondike gold rush. It was like driving into a living museum, I was going to like this town. 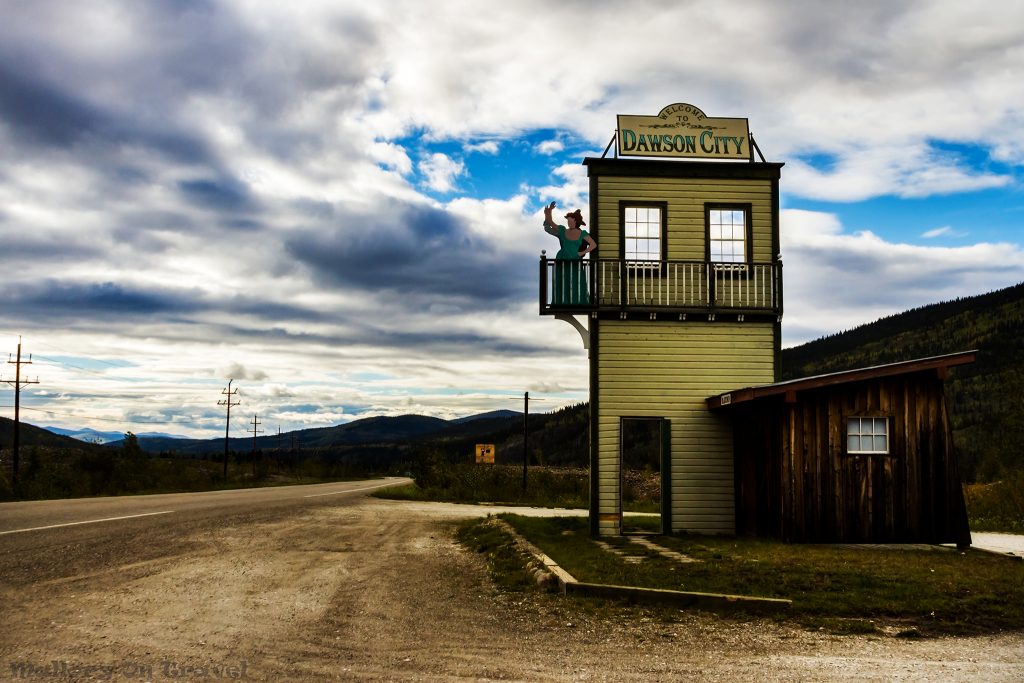 Once the capital city of the Yukon, before it moved to Whitehorse, a place where Jack London author of wilderness novels “Call of the Wild” and “White Fang” called home towards the end of the 19th century. Although the Jack London Centre has been moved from where the original location of the author’s cabin was located, it still felt inspiring, as his novels were some of my favourite as a child.

Read about my Yukon road trip: Tales from the Road – The Yukon 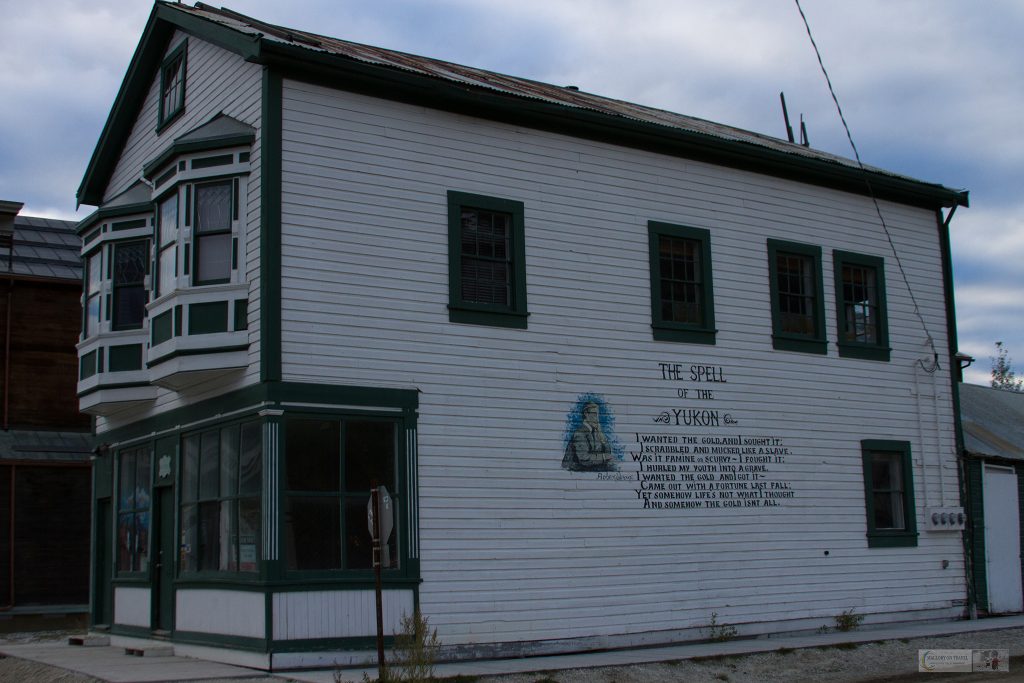 “Spell of the Yukon” poem

I was staying at the colourfully named, “Bombay Peggy’s” an old brothel now converted into a boutique hotel and just down the road from “Diamond Tooth Gerties” casino. These evocatively named businesses are the genuine buildings, which have been carefully and sensitively maintained, to preserve the look and feel of the old frontier town. 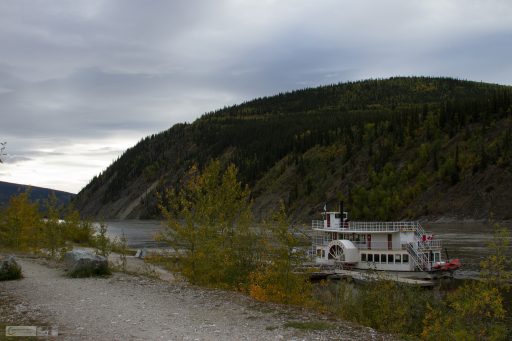 “It seems likely Mr London was equally inspired when he first arrived in town, staying through the following winter and providing a creative seed for his famous stories about life in the wilderness of the Yukon.”

This is typical of Dawson City, almost all the traditional appearance of the buildings has been retained. Wooden built multi-storied buildings, each one a different hue, yellow, red and blue coloured buildings line the rough tracks which make up the streets.

The only exceptions are a couple of stores and the old St Andrews Church which have been left in their original form, as an example of permafrost thaw/freeze which has caused them to almost collapse. The results, are lop-sided buildings, several of which have been photographed so many times, they’re some of the most famous images of permafrost damage, reproduced in websites or articles addressing the phenomenon.

Spirit of The Yukon 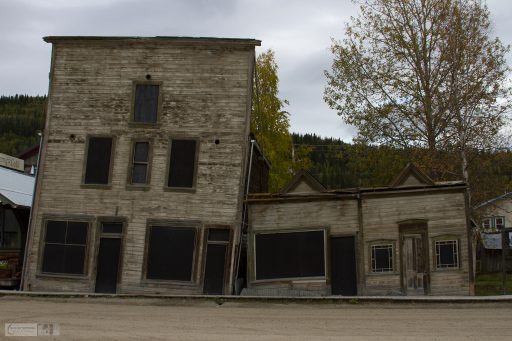 I joined a guided tour of the city, although it wasn’t one of the ‘living history‘ tours, which are so enjoyable, our entertaining guide dressed in period costume, provided plenty of informative and amusing anecdotes. They weren’t just historical, but often portrayed the spirit of the Yukon, a pioneering attitude.

“Dawson City was also home to Robert W. Service, known as the Bard of The Yukon, when he was employed by the Canadian Bank of Commerce. His writings are about the culture of mining and frontier life in the province”

A favourite was when she explained her arrival at Whitehorse several years before, where she met a German guy that had only recently arrived too. She caught a bus up to Dawson City, and nearly three months later her German friend drifted into town, literally, on a raft he had built himself; that’s the Yukon spirit!

Seasonal colour in the province: ‘Autumn’ in The Yukon Wilderness

The tour is usually followed by a “kissing the toe” cocktail, which trust me, deserves at least a Google. I also had an appointment at Diamond Tooth Gerties to watch the show later that evening, a full evening of entertainment. Can-can dancers in a frontier town, before returning to my room in an old brothel, it’s a pity Jack London wasn’t still in town though, it would be great to share a cocktail and a few stories with him.

Finishing the short visit to Dawson City, with a trip to Midnight Dome to witness the sunset over the city, the Klondike River and the nearby Tombstone Territorial Park was a fitting way to sign off. I’d been informed it provided great views, and they weren’t wrong, but don’t take my word for it!

Read about my stay with sled dogs here: Sleeping with Sled Dogs in The Yukon 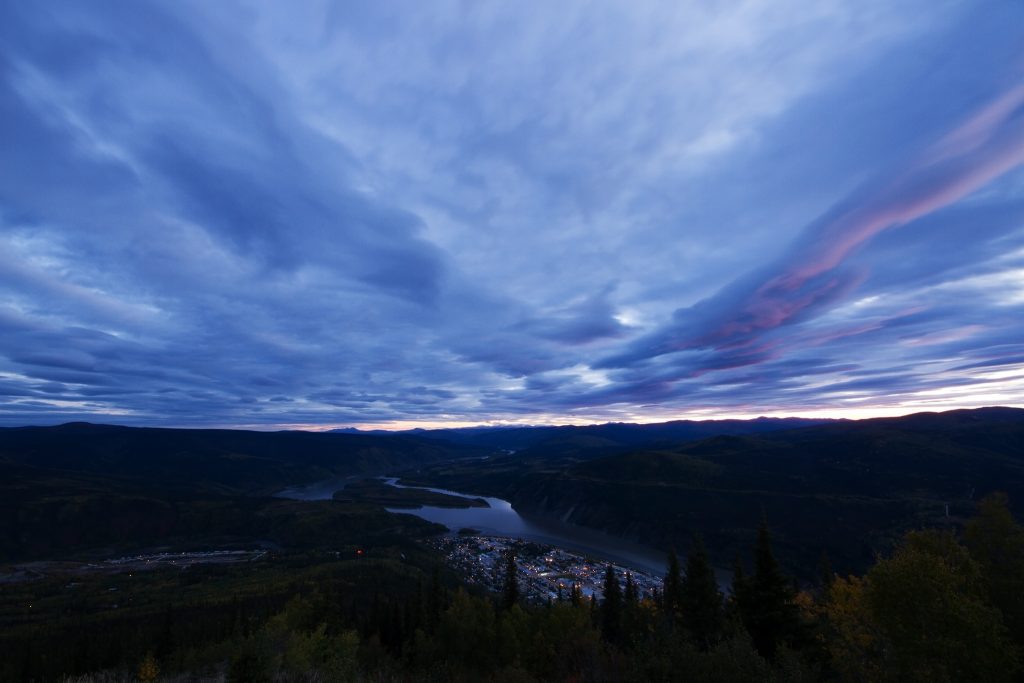 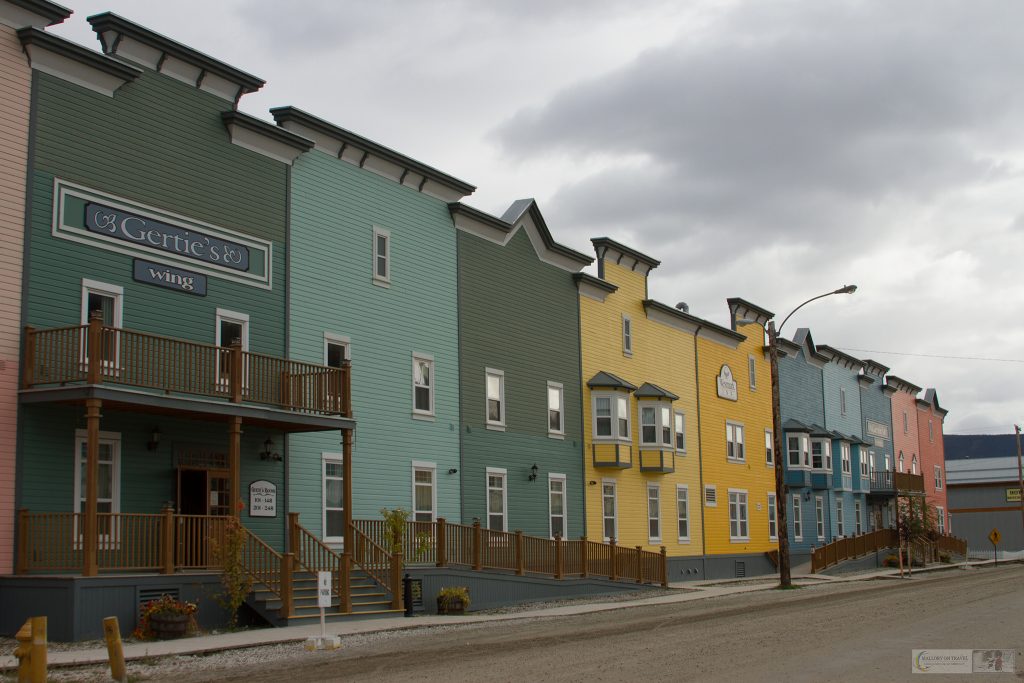