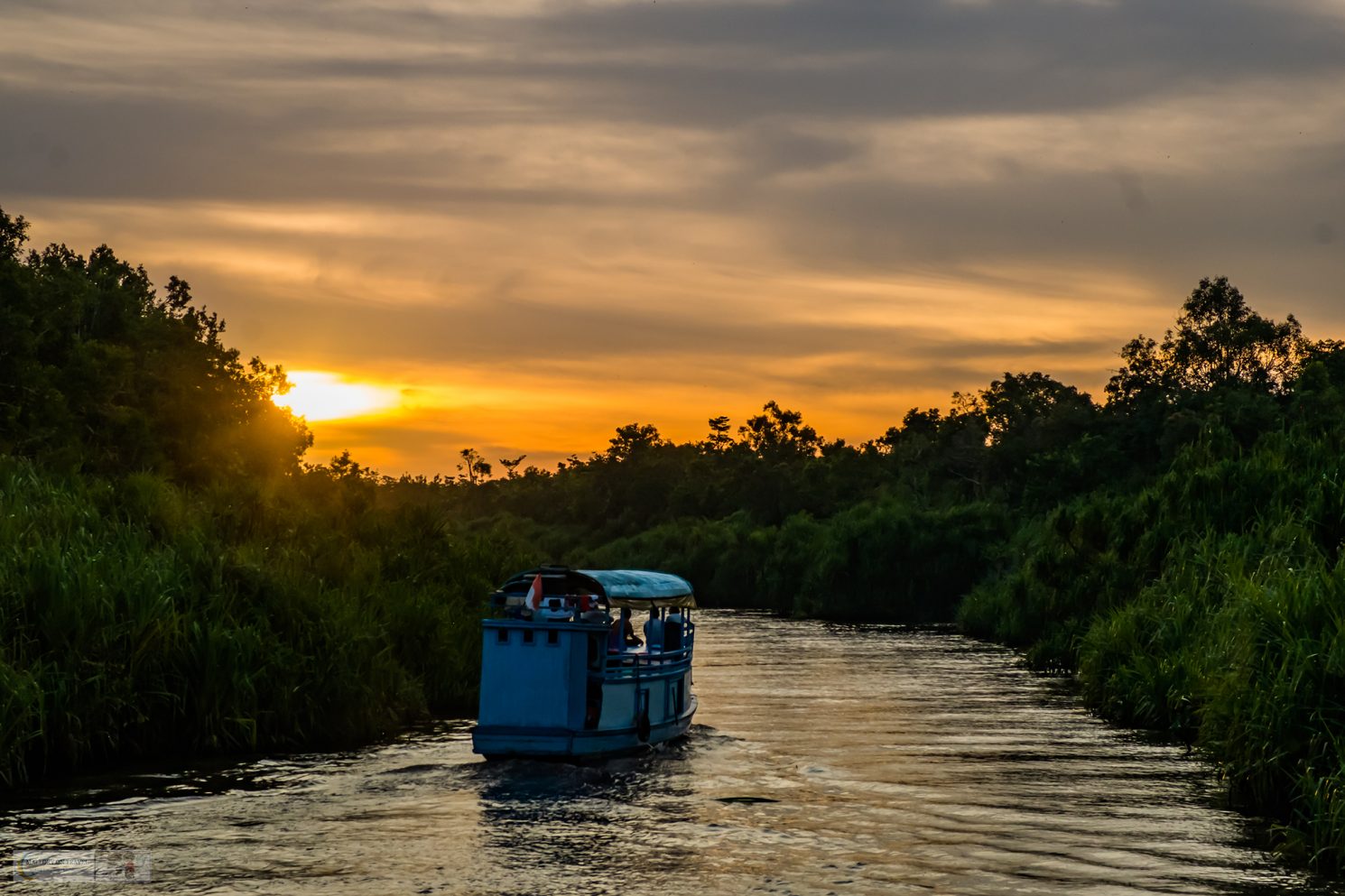 Indonesia is a wonderful place for photography, impressive natural wonders, equally spectacular temples, amazing wildlife, yet it is the photogenic people, the faces of Indonesia, that I remember most vividly. A smiling, happy and friendly people always willing to allow their smile to broaden for a camera, photography is part of the culture of Indonesia. 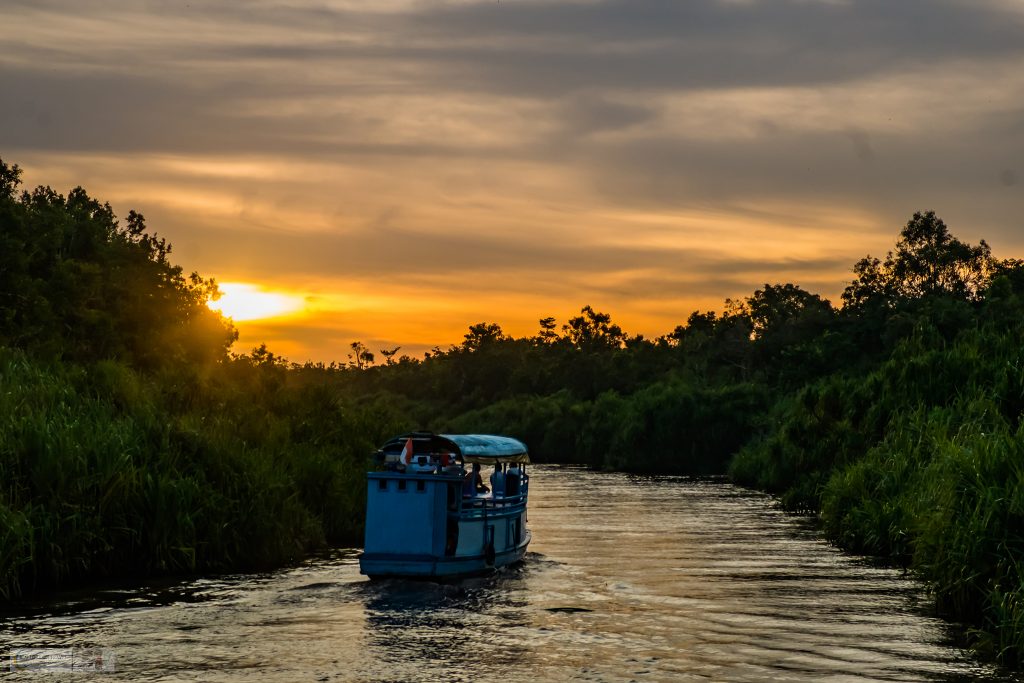 During my most recent visit, I was fortunate enough to meet with three different and separate Indonesian cultures. For all the memorable moments on the “Trip of Wonders“, the time spent among these friendly faces were among some of the most beguiling. On each occasion our group was made to feel welcome, greeted with genuine warmth, and not the distant coolness normally reserved for strangers.

“Isn’t this the ethos of travel? A journey of discovery, exposure to new experiences and cultures, with backgrounds and values far different from our own. Opportunities to learn from people that view the world in a way alien to our own understanding?” 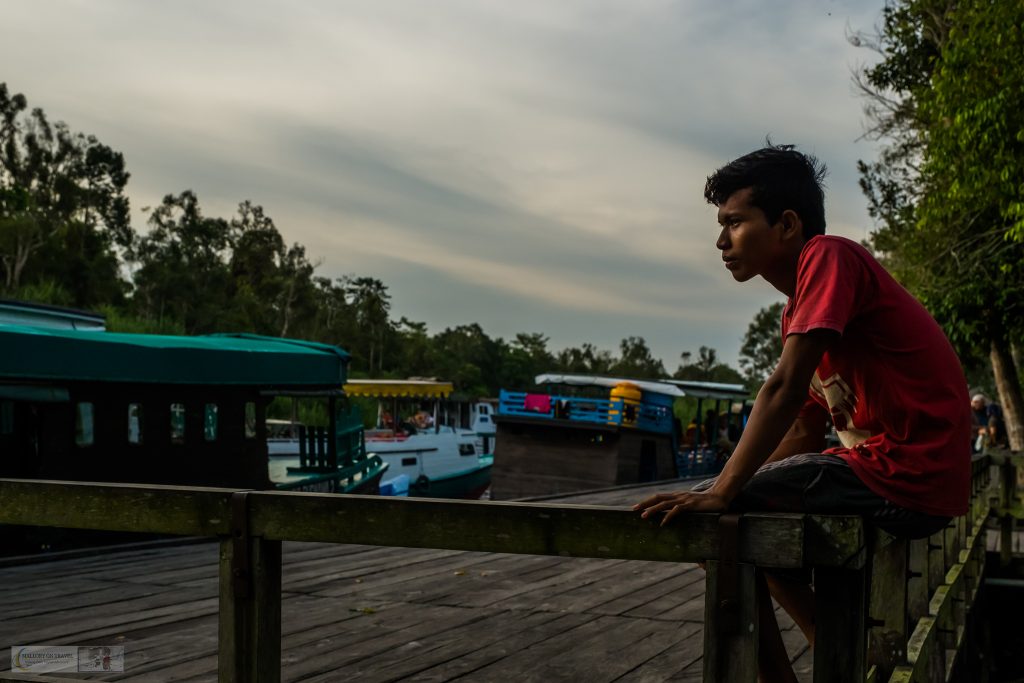 The first such meeting was aboard the wooden klotoks, which cruise the Sekonyer River in Tanjung Puting National Park, Borneo. A culture of the river, the ‘Dayak‘ people live from the back of the wooden cruising boats. Catching fish, cleaning their fruit and vegetables, preparing meals to serve to guests aboard their craft. 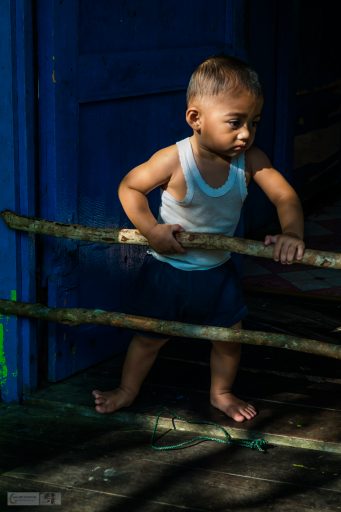 Smaller outboard powered craft act as taxis for tourists unable or too impatient to spend several days cruising. They also provide a delivery service, taking orders for soft drinks and beers to quench the thirst of passengers.

The river is the lifeblood of the people, providing both communication line and income. Apart from those catering to the whims of tourists, there are others fishing or mining for gold along its length, and in the numerous tributaries which feed the main river like an arterial system.

It does not appear an easy life, convenience stores are far away in the Port Kumai, sited near the entrance to the narrow strip of water, which slowly snakes its way through the forests of Borneo. Meandering through the thick vegetation, and tall trees, the habitat of wild orang-utan, proboscis monkey, clouded leopard and hornbills. 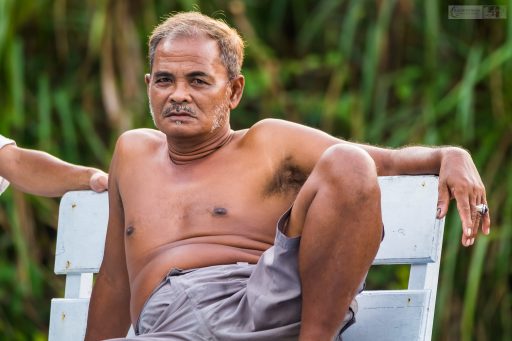 There appears a camaraderie among the river people, they know each other, and work in harmony rather than competition. When boats pass, they hail each other, smile and wave, sometimes even playing jokes or water fights.

More about visiting orang-utans: Planet of the Apes; Orangutans in Tanjung Puting

Hoping to see orang-utans is the reason every visitor is on the river, but spending a few days slowly cruising through their habitat in the company of the river people is rewarding in another sense. 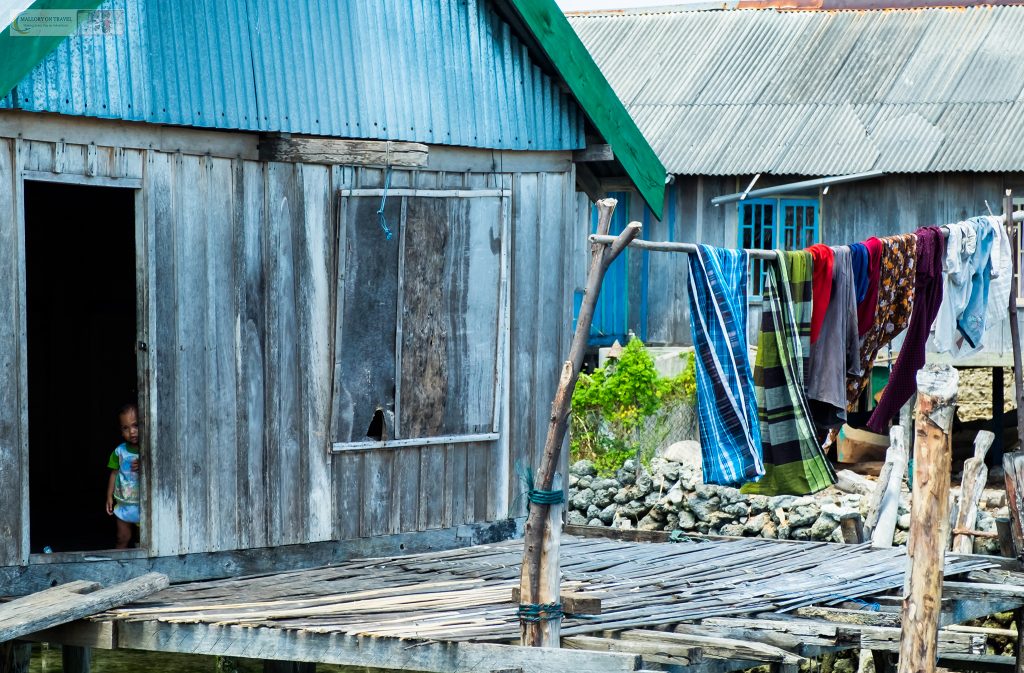 Next stop was Wakatobi, and an excursion to spend just an hour in the stilted village of the Bajo ‘Sea Gypsies‘ of Sulawesi. All too short, yet this brief glimpse of a unique culture, located in the beautiful shallows of a lagoon left such an impression, it has already been the subject of two posts.

“Greet the people you meet with open eyes, open mind and open heart and you will be welcomed with open arms”

The children in particular capturing the hearts of even the most stoic members of our group, their dishevelled, slightly grubby but still beautiful faces ingrained upon our collective memories.

The story of the Bajo people: Waterworld – The Bajo, ‘Sea Gypsies’ of Pulau Hoga

Beautiful, friendly people living in a stunning place, it seems idyllic, yet this is a culture under threat, in danger of being eroded out of existence. Over fishing has made their dependence on the sea difficult and they are having to adapt to a new world and way of life. 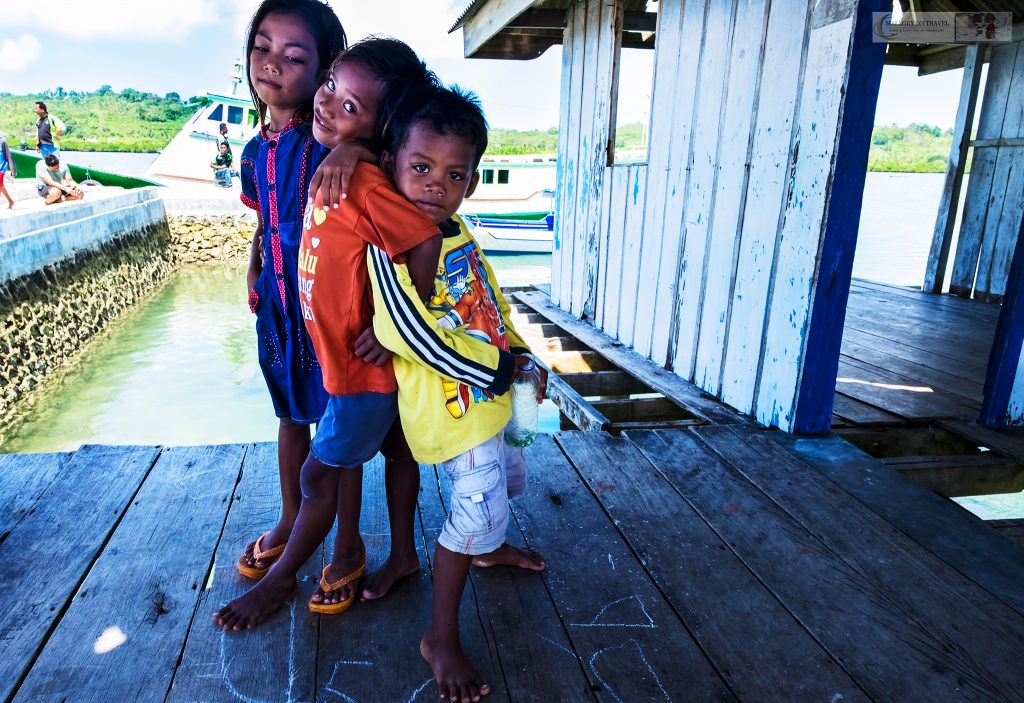 Fortunately, there are some, many of the younger generation determined to find new ways to ensure their culture survives. I for one hope they succeed!

The final encounter was a return for me; having visited the Manggaraian people of the village of Melo, on Flores in the Komodo National Park on a previous trip to Indonesia.

Our group was greeted in the same friendly manner as the previous visit, a ceremonial welcome, which included presenting of sashes and a warm greeting from the village elder, coaxing us to share in their hospitality. 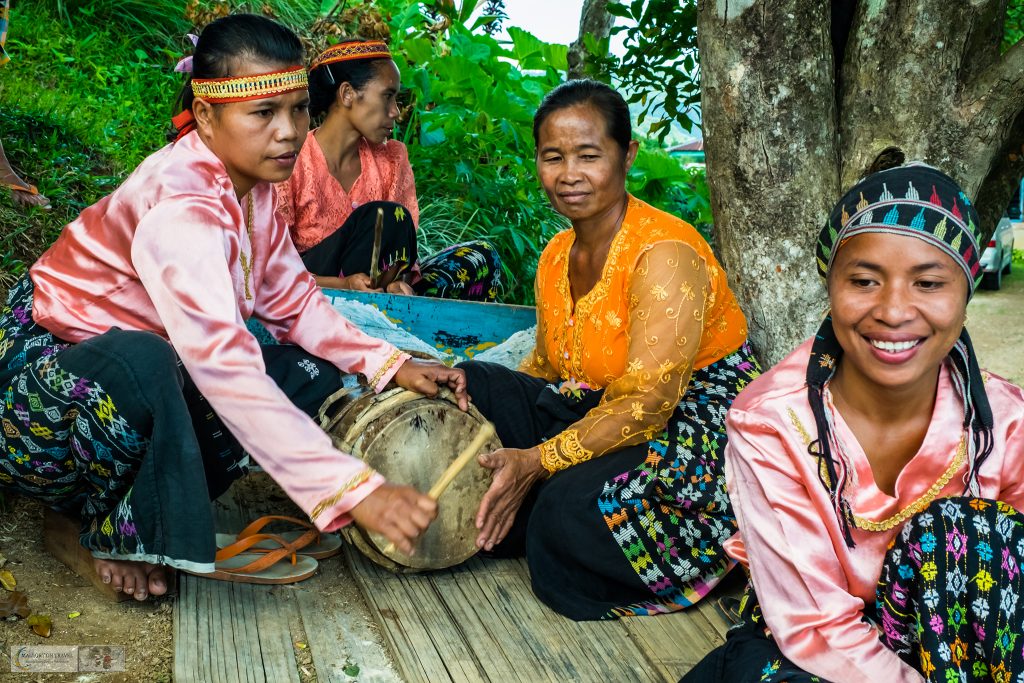 This was followed by some traditional dancing, the men of the village performing a dance called the ‘Caci‘, based on martial arts, it involves mock fighting sequences, which don’t seem choreographed. As the ‘elder’ of our group, I was invited to strike the first blow and encouraged not to hold anything back; obligingly I swung the weapon towards my antagonist, which he deftly defended with his shield, we’ll call that a draw! 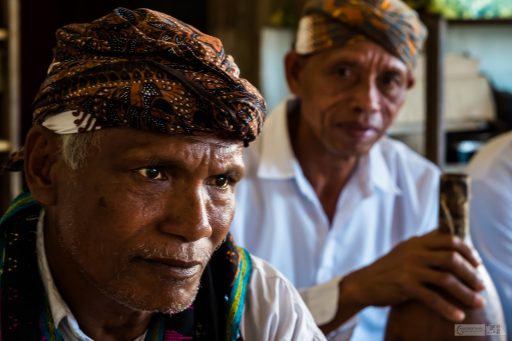 The ladies then astounded us with a display of dance steps over bamboo poles moved rhythmically by their menfolk, the pace increasing dramatically, and yet not a single foot was put wrong. Some of our group gave it a try, but even at slow speeds they usually ended up tripping over the poles.

Did I try? Nope ……. my coordination limitations thankfully remain a mystery to most!

One of these nimble ladies treated me to a broad, genuine smile each time I directed my camera towards her, recognition perhaps?

I remembered from last time how we were welcomed among the homes of the village last time and was eager to get among the wooden shacks to capture a few images of the people.

It did not come as any surprise, that they welcomed me as before, smiling and inviting me in, to get closer pictures. Laughing and giggling when the results were presented to them through the viewfinder of the camera.

Living in the land of dragons: Day of the Dragons; Komodo Island 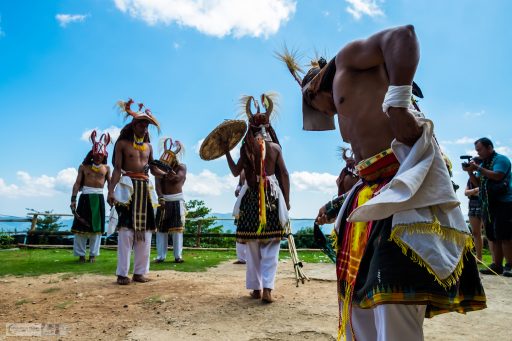 Last time, my friend Larry Marshall and I discovered a wonderful, beautiful lady who sat in the doorway of her home, patiently smiling while we took dozens of images of her character filled face. I hoped to see her again and fortunately, wasn’t disappointed.

At first she wasn’t present, but her daughter-in-law and granddaughter were, both equally photogenic, so I gladly took some pictures of them. Within a few moments however, this grand old lady appeared, smiling and obviously keen to pose for the camera once again.

She does not speak English, so like before, communication was through smiles and nods, showing her how she appeared in the viewfinder, usually provoking a wry smile.

It seems extremely unlikely she remembered me, but for just a moment a flicker of recognition may have crossed her face. It was at this point I regretted not having my tablet with me, so she could have seen some of the images taken last time. Klutz!

All too soon it was time to depart again, I thanked her and headed back to the bus, smiling and hoping that there would be another opportunity to one day, show her the precious images saved on my tablet.

“Arriving as strangers but always leaving as friends” 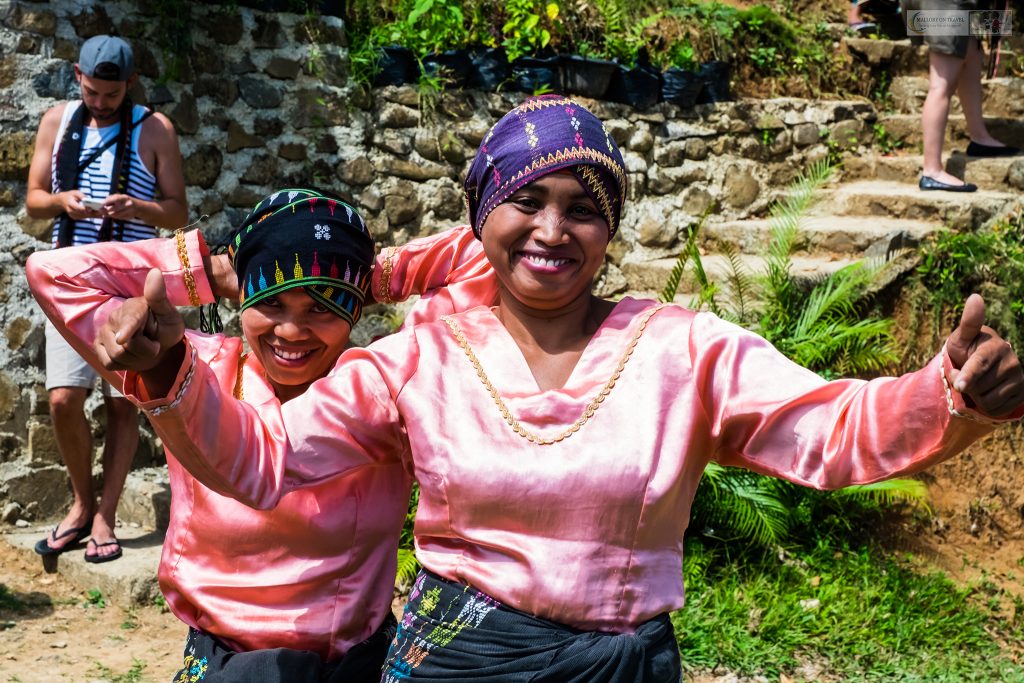 These three different encounters with entirely separate cultures of Indonesia, sum up the friendly nature of the people. Meeting and photographing them enriching my experience, from the young, fresh, faced children, eyes filled with hope, to the weather and time worn visages of their parents and grandparents. 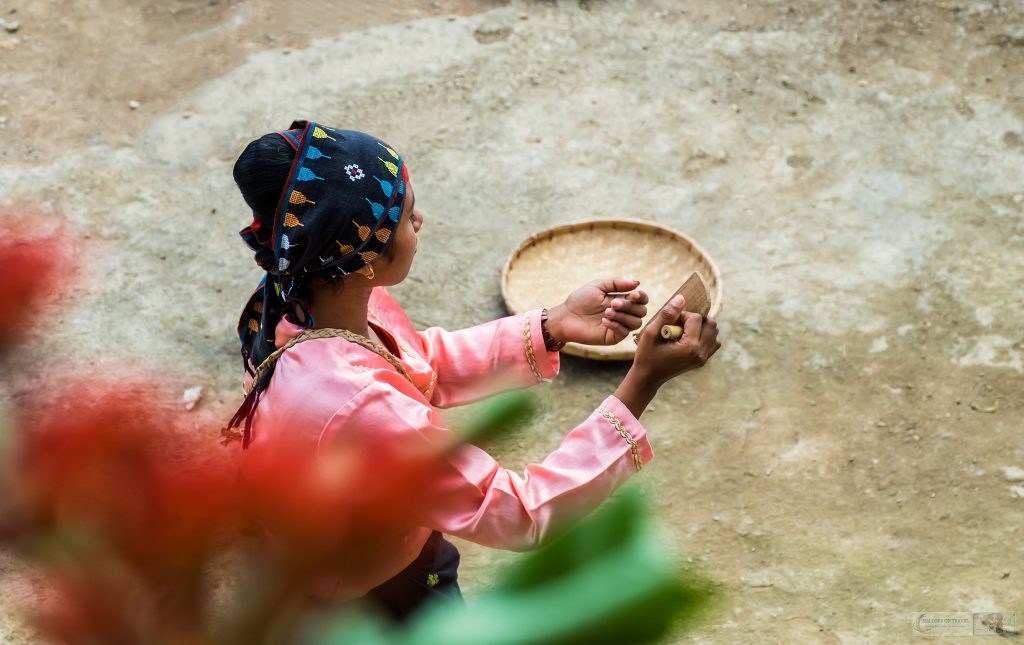 In every case, our group was welcomed in with open arms, made to feel at home.

These are my memories of the islands of smiles which I’ll treasure always. 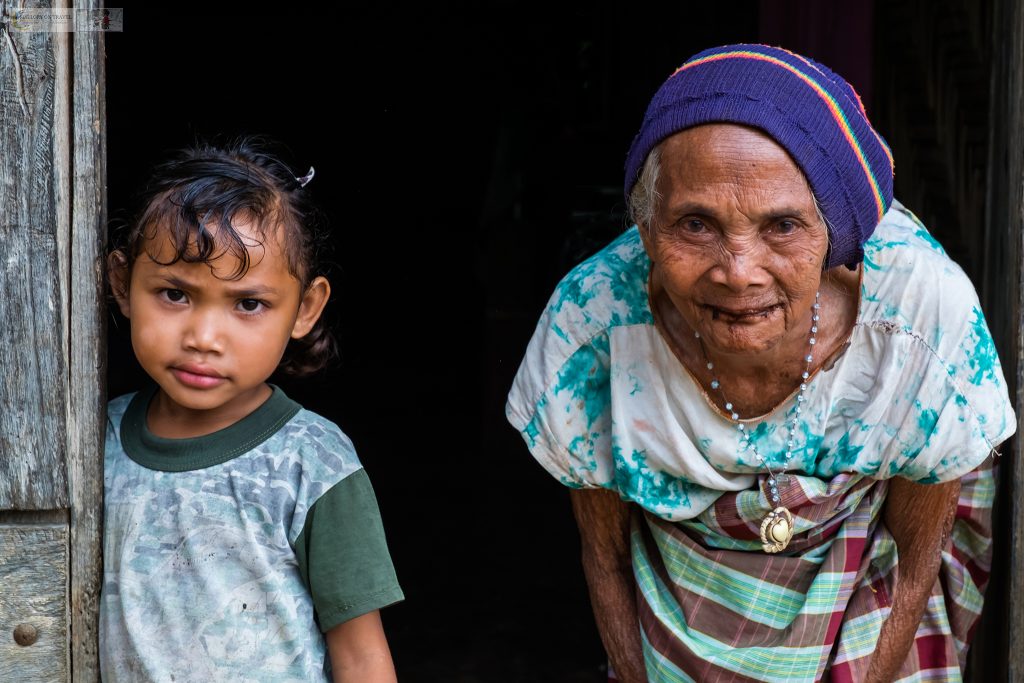 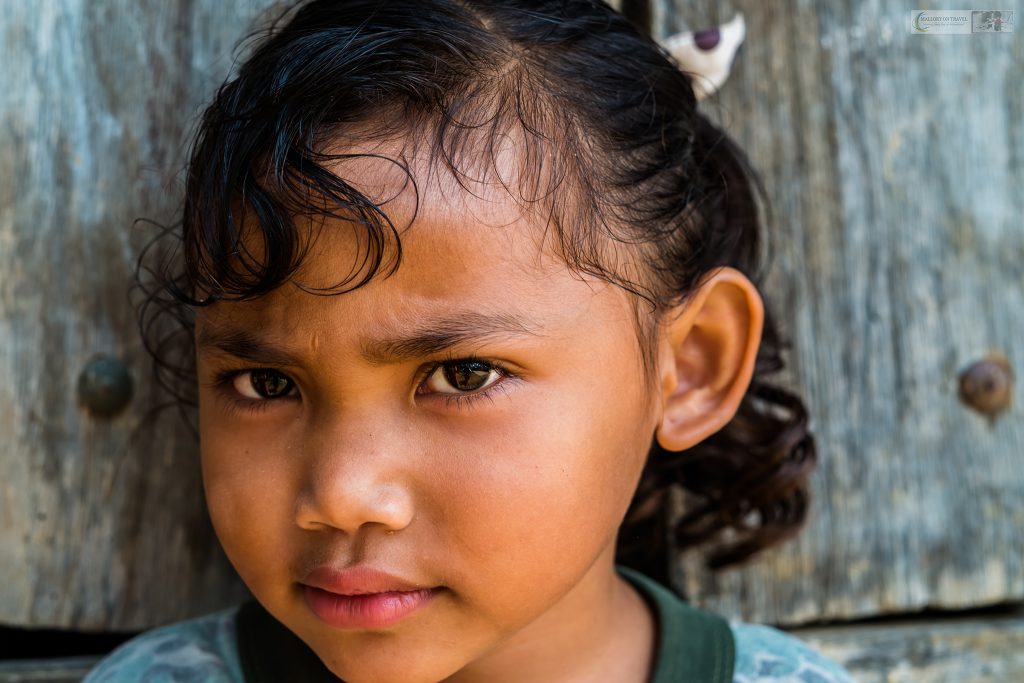