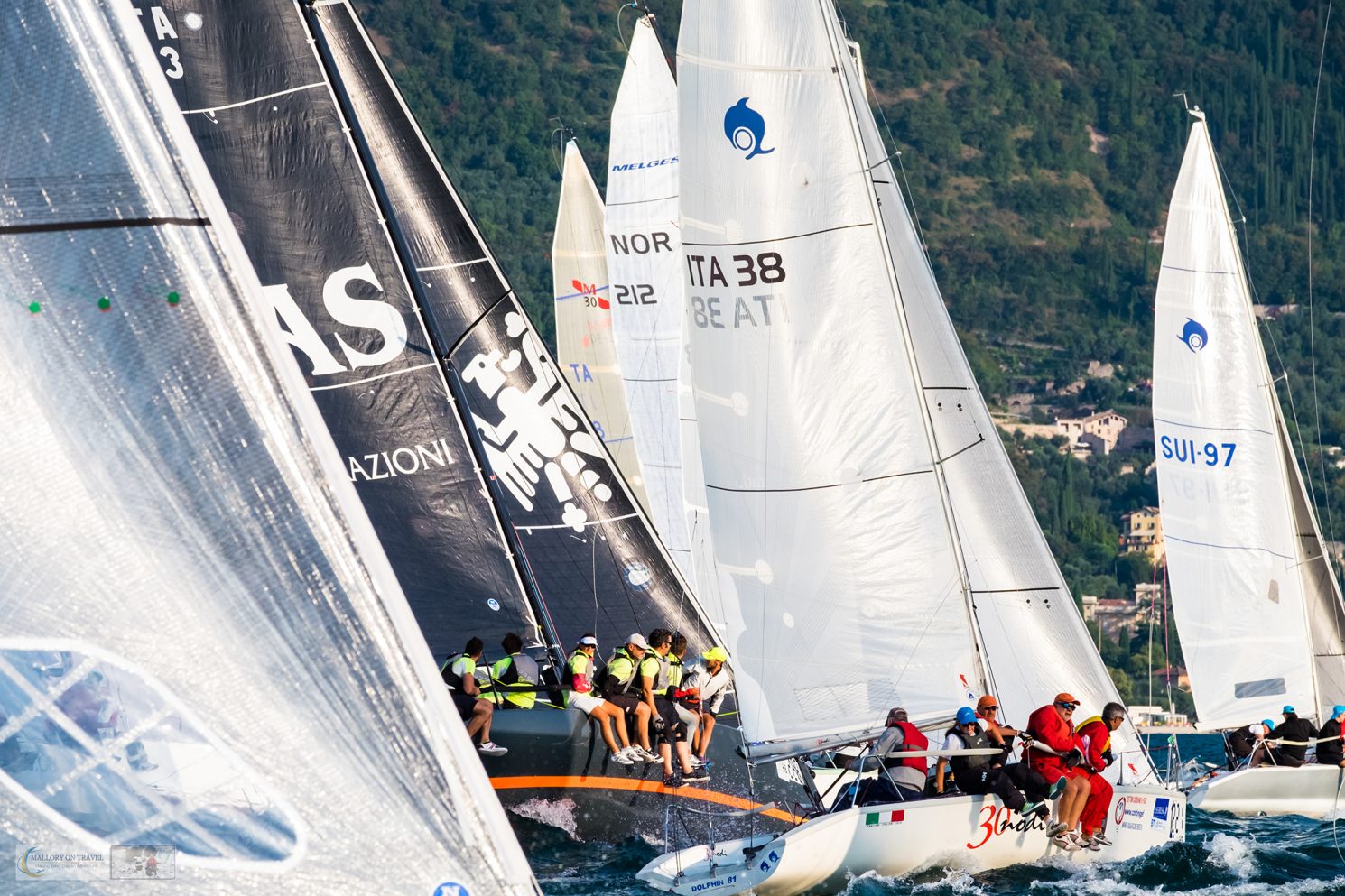 The sun was just beginning to peek over the surrounding hills as we arrived at the quayside on Lake Garda, producing golden reflections in the clear, lake water and bathing the hulls of moored modern cruisers in its warming light. A forest of yacht masts were already jostling for position far out on the lake, searching for additional wind to fill their sails, which would allow them to sprint away from the pack at the start of the “Centomiglia” regatta. 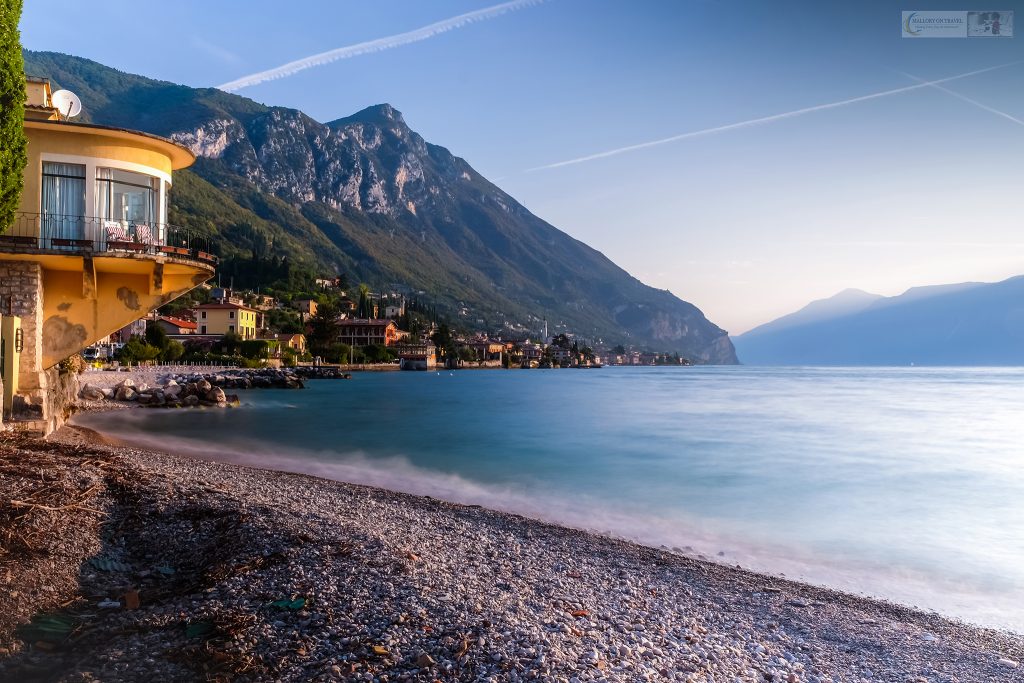 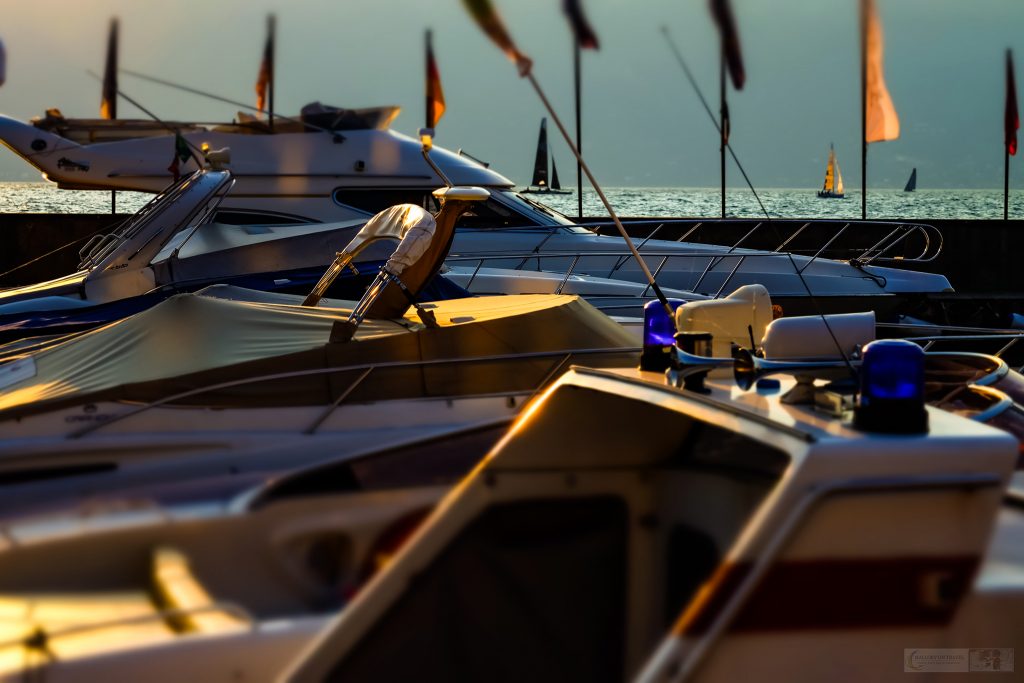 Dawn over the marina

Once our stylish speedboat was among the sleek yachts the true excitement of the impending race began to take hold. The multitude of boats, in all shapes and sizes tacked and weaved, looking for the slightest advantage from which to launch their wind powered craft forward at the starting klaxon. It was exhilarating.

Single and multi-hulled craft, dinghies, yachts and catamarans with colourful sails jigged and chased the wind in choppy conditions, skippers, reading the wind and water, working their craft and crews in search of the optimum line. 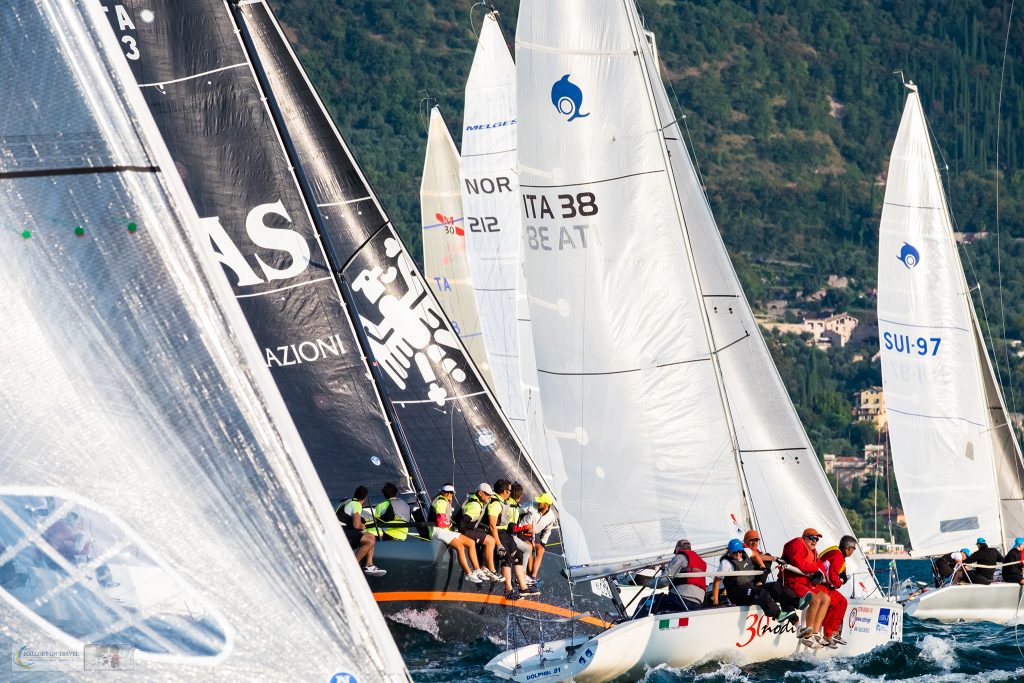 Everybody appeared calm, but it’s hard to imagine that there wasn’t a sea of adrenaline fuelled nervousness spreading through the fleet. The slightest mistake could cost them an advantage, several precious seconds or possibly worse.

Read about my love of boats here: Fishing Boats – Vessels of Adventure and Romance

The boats appearing to pass remarkably close to one another, the cause of frantic shouting, sometimes undoubtedly filled with Italian profanities, leaving little confusion regarding just how close the offending skipper had shaved it. A safety boat, it’s orange flag flapping strongly in the stiff breeze sped through the regatta, parting it like Moses in the Red Sea. 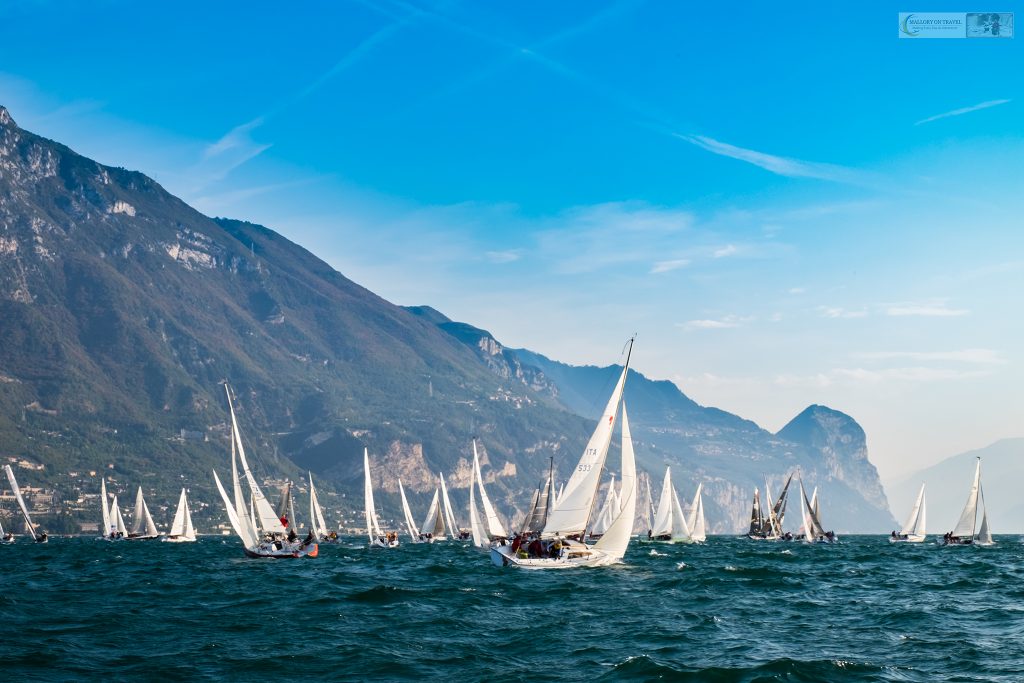 A gusting wind seemed to be growing in strength, creating impressive waves, rolling over the surface of Lake Garda, causing the yachts to rock and roll as the powerful swell slammed into their hulls. Crews fought to keep them balanced, often slung out on nets or ‘trapezing‘, providing greater leverage to keep the craft upright.

Not all crews would ultimately be successful, some of the smaller yachts suffering the ignominy of capsizing once the race eventually started. 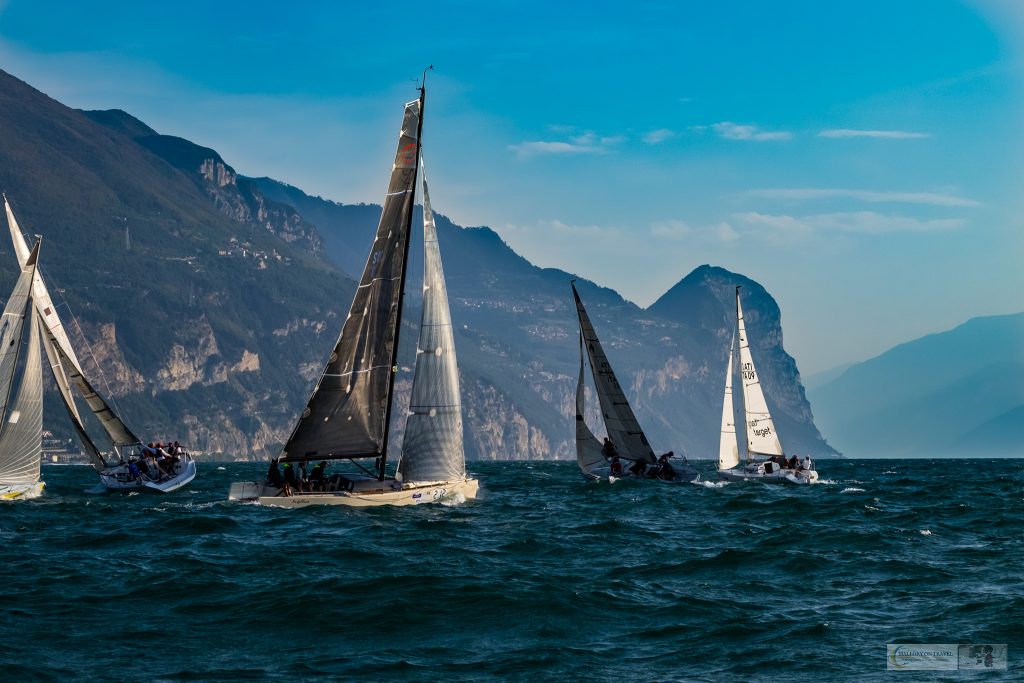 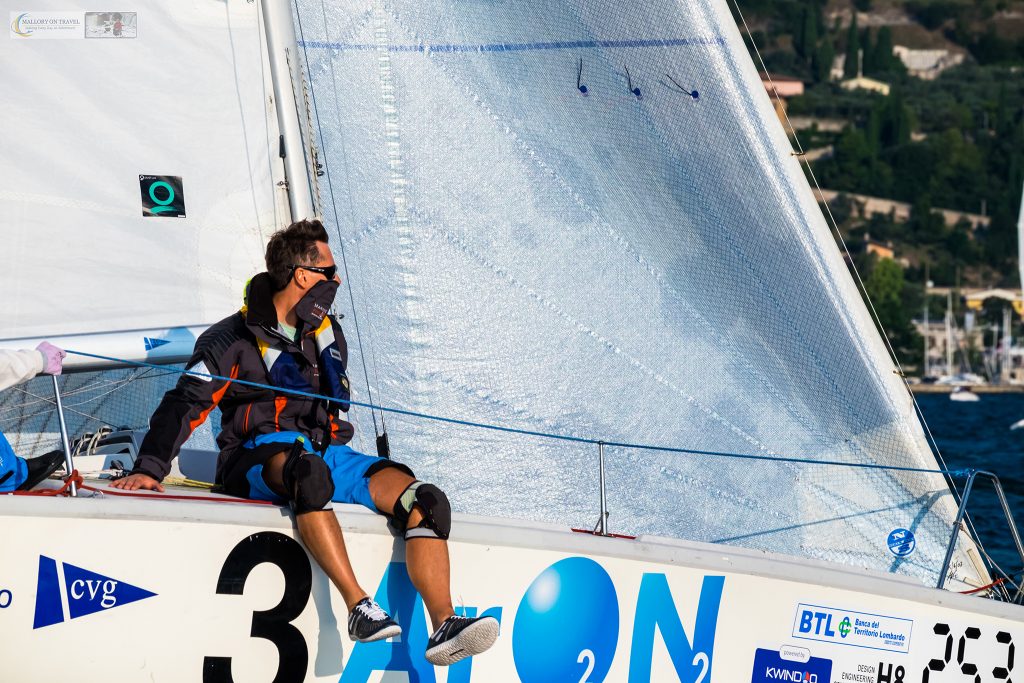 Yachts whizzed and whooshed past us, until finally they seemed to line up with some semblance of order on the start line, perfectly timed, as the klaxon sounded. With the sun now high in the sky the fastest boats surged away from the rest, quickly gaining an advantage.

Before long the leading yacht, “NorthWestGardaSailing.com” seemed to have an unassailable lead over the second placed boat in the strong wind. The sleek, racing lines of these super yachts cutting through the waves, at times leaning at 45 degrees as they sped and tacked their way around the course. 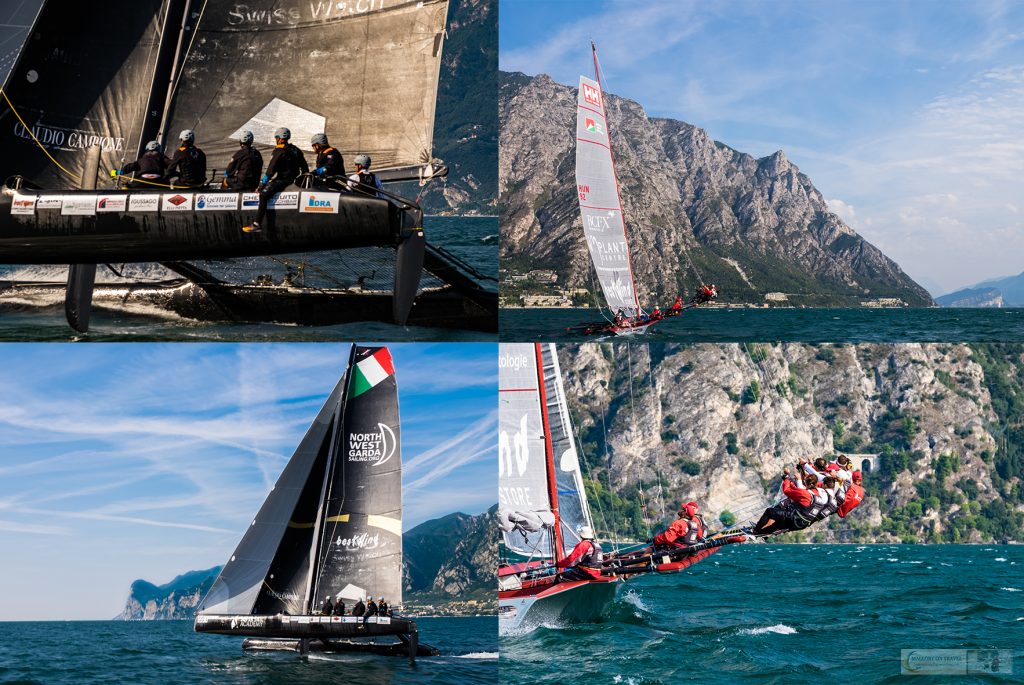 The regatta leaders were soon passing through another fleet of water users; scores of vibrantly hued ‘sails’ of kitesurfers filled the blue sky with splashes of colour, their wetsuit clad controllers riding the wind and jumping clear of the waves. Stiff plastic sailed windsurfers skated across the waves, appearing to race the larger craft of the regatta.

The Centomiglia is a race which is 100 miles long, and about endurance, rather than a sprint. By the afternoon the wind had dropped and in the changed conditions the large catamaran began to lose the lead. 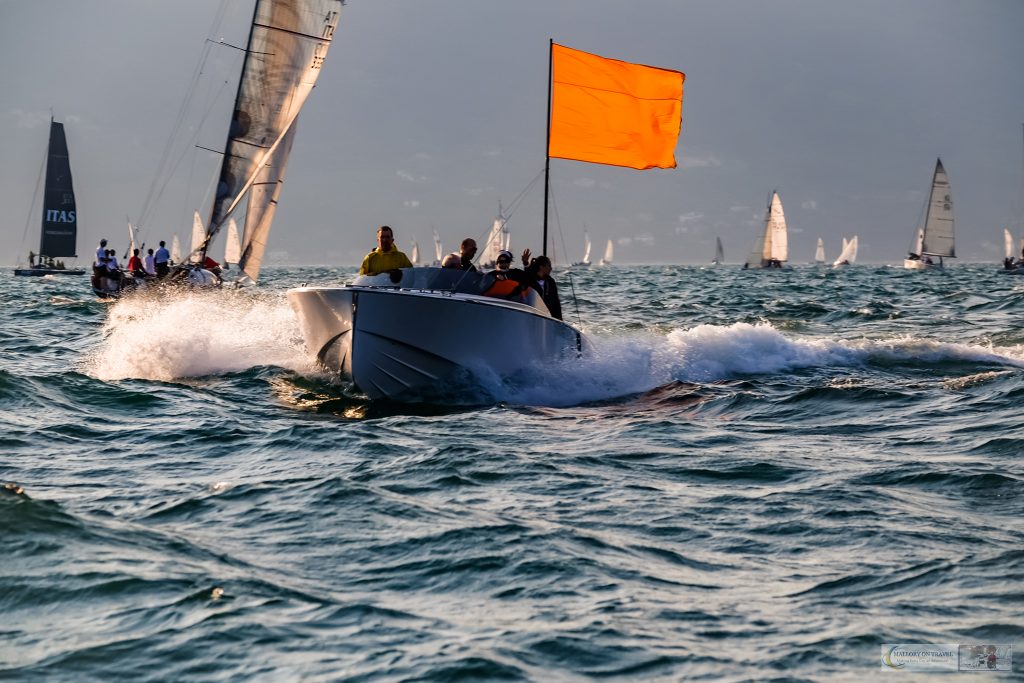 By the time the race finished, more than seven hours after the start, it was another yacht which proved victorious, “Intelligence” crossing the line, eight minutes and four places ahead of the earlier leader. This game of chess won by an earlier ‘lesser’ piece rather than the presumptive king.

Explaining the beauty of travelling: The Romance of Travel 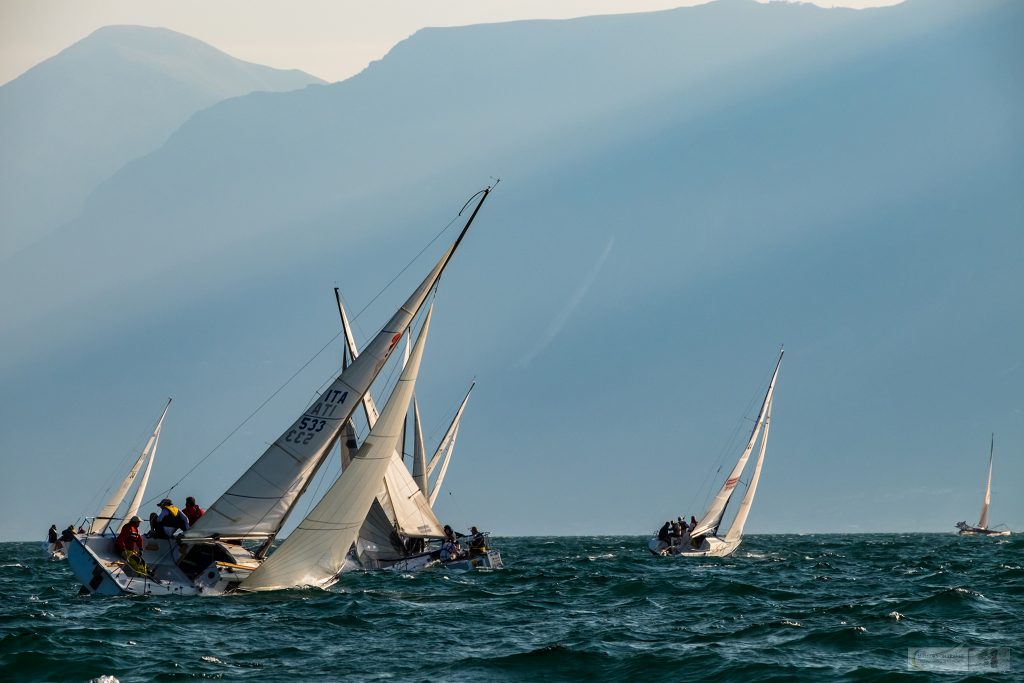 Running on the wind 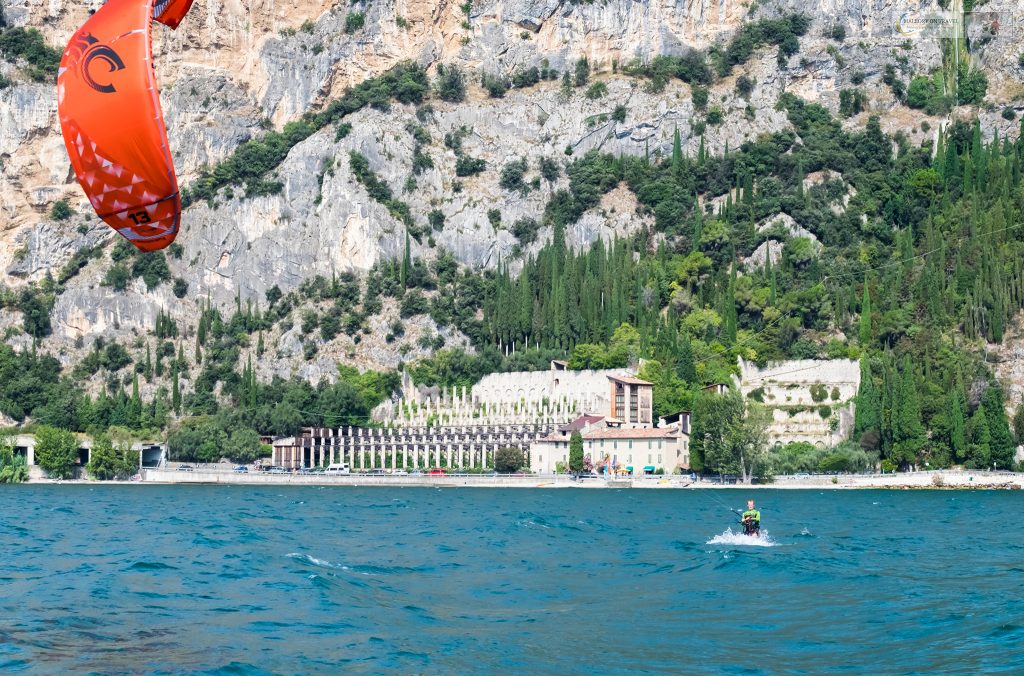 It would be many hours before the tailenders would finish their race, the sun going down on a third of the fleet and several boats sailing long into the twilight hours. As we enjoyed dinner with the sun setting on Lake Garda, our group was totally relaxed, but the excitement and pageantry of the Centomiglia was still fresh in our minds.

While some crews are there to compete, most are just looking to sail, to enjoy being on the water, with the wind in their hair and sails, for the exhilaration and cut and thrust of this sport of kings. 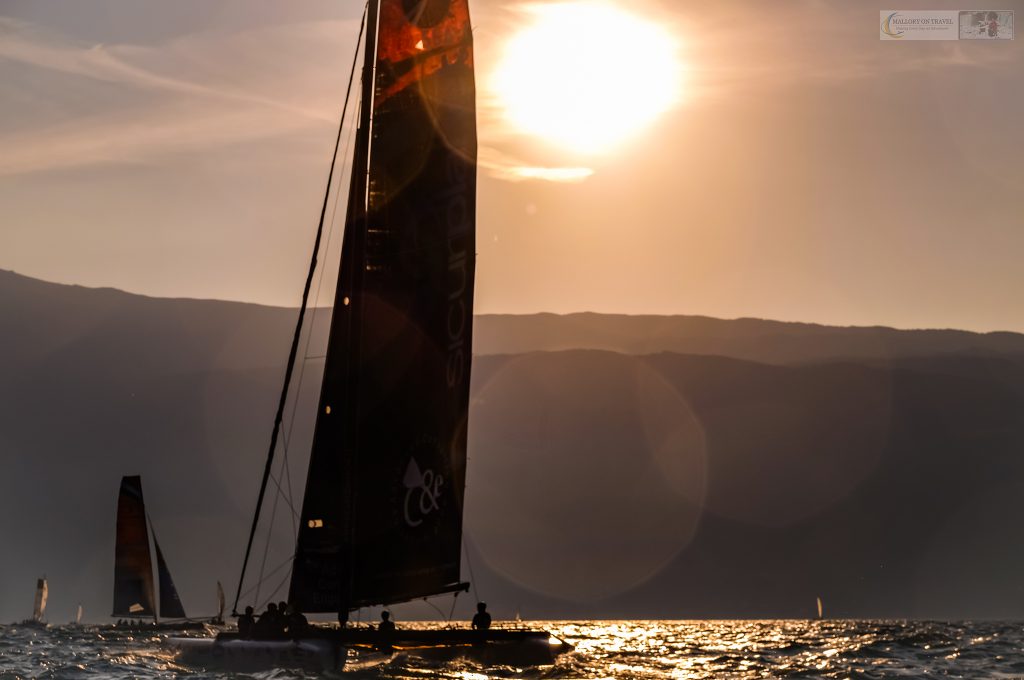