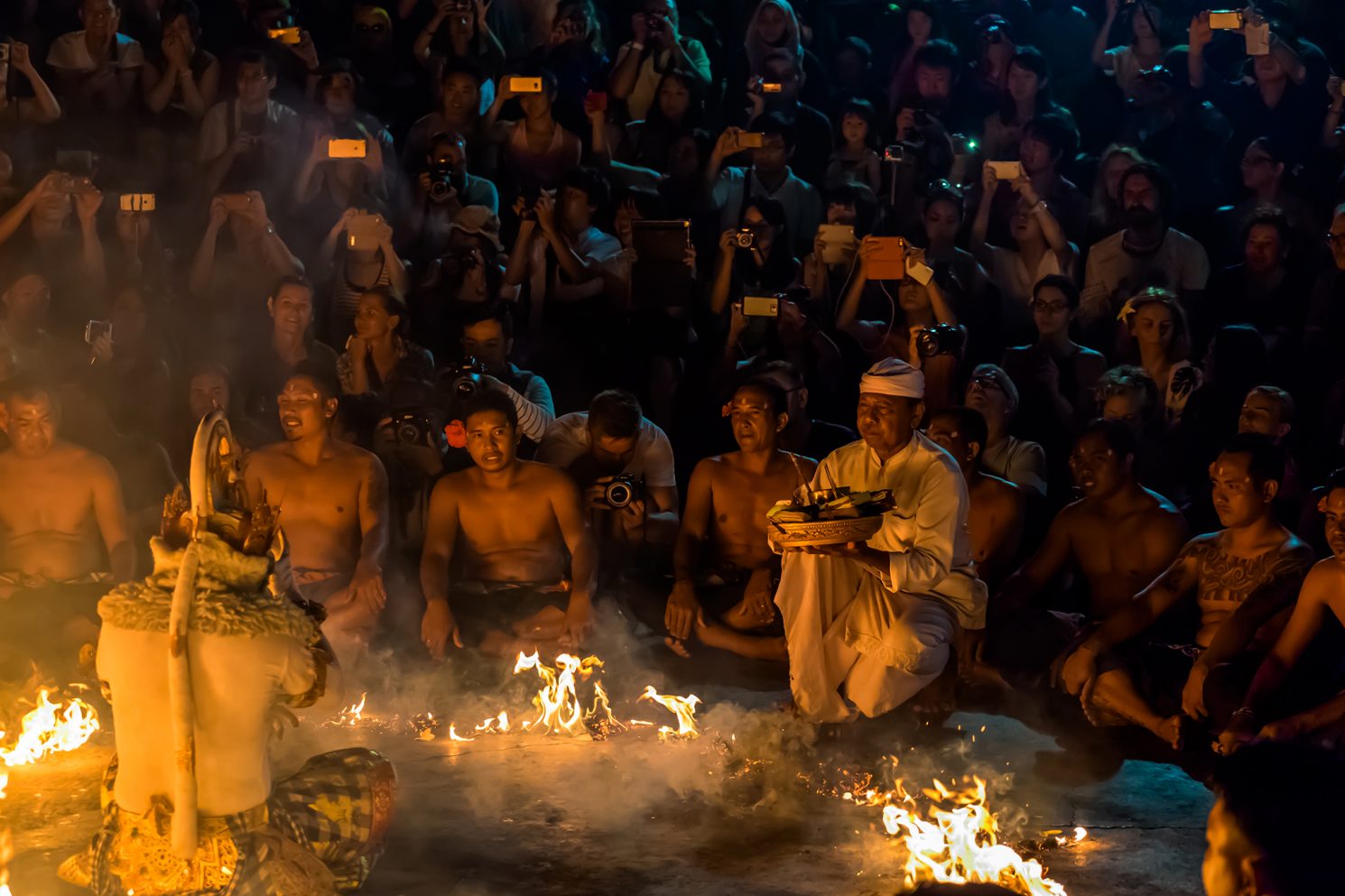 Everything is not as it seems in Bali. Of course, there are a plethora of bars, clubs and massage parlours, there seems to be a tattoo artist on every street corner and those same streets rammed packed with tourists. Flocking here for the beaches, wonderful sunsets and watersport excitement, they’ve also attracted the usual entourage of tourism facilitators. However, take a short drive from bustling Kuta, and Bali unveils some cultural surprises such as the Kecak Fire Dance Performance at Uluwatu. 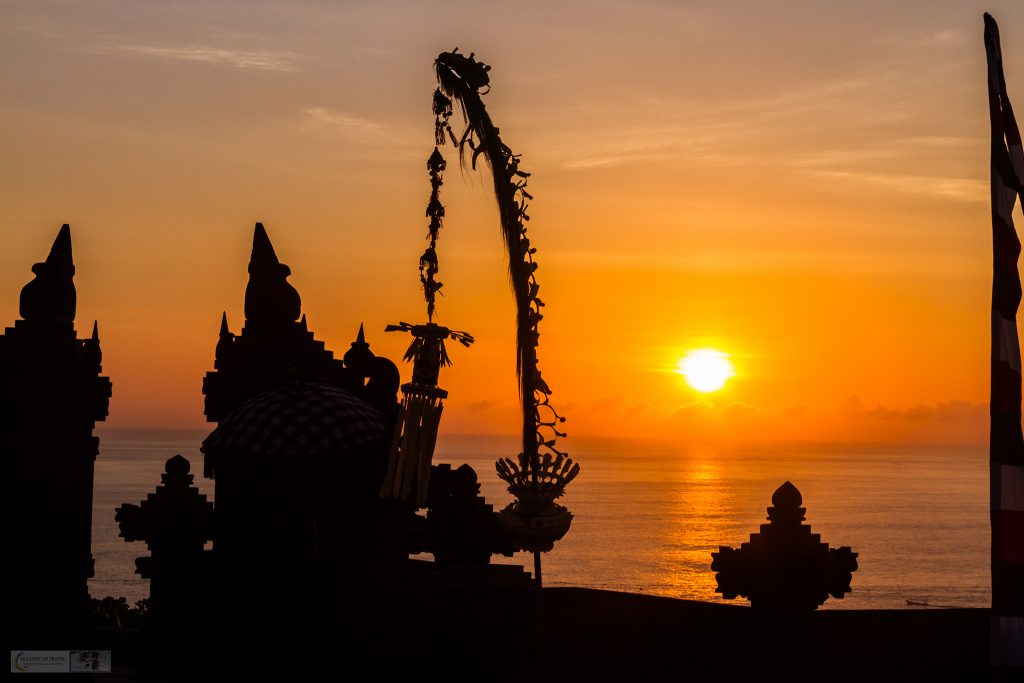 Situated in the peaceful grounds of the Uluwatu Temple and set against the backdrop of the mighty Indian Ocean, it’s a cultural treat that shouldn’t be missed by any visitor to Bali.

Arriving early provides some time to marvel at the setting, an impressive temple perched on high cliffs falling away into the crashing waves of the ocean. Wandering along the pathways which contour along the edge of the precipice as the sun begins to slide from the Indonesian sky, provides a fitting prelude to the performance. 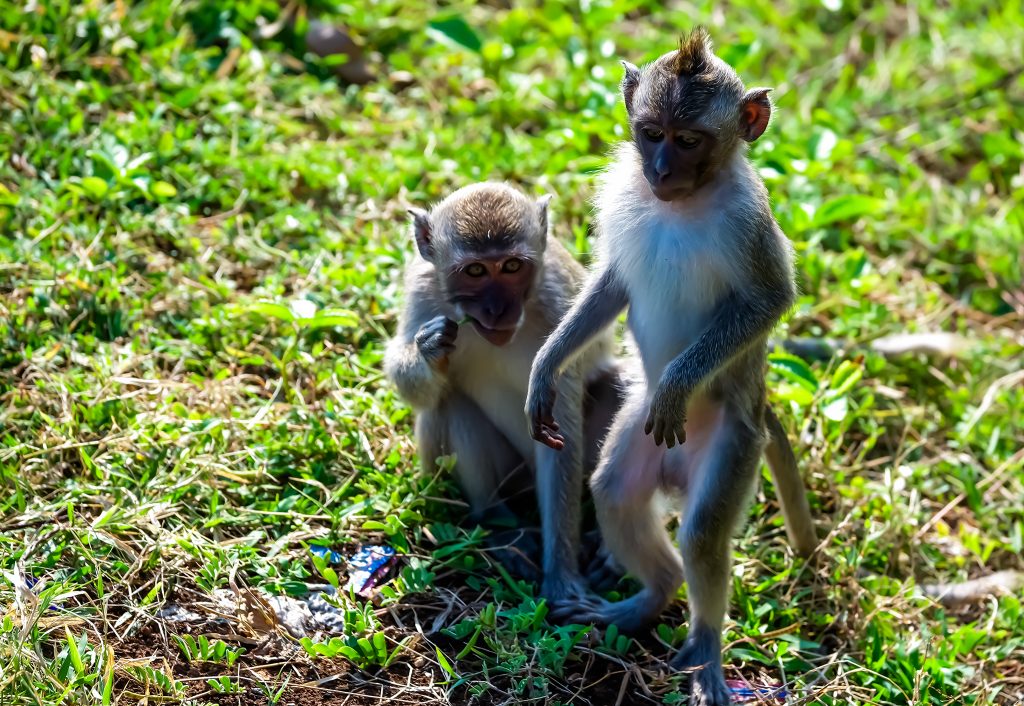 Hoodlums of the temple

There’s a need to be vigilant however, the many mischievous macaques that call the temple home are happy to steal any belongings not properly secured; hats, sunglasses and mobile phones being especially coveted items. Though a morsel of food can see them become particularly aggressive.

Kathryn, a member of our group discovered their aptitude as thieves for herself; one of the cheeky monkeys grabbing her mobile phone. Despite several unsuccessful attempts to retrieve it by others in the group, it only seemed to become more possessive and aggressive. It eventually required a ranger to distract it with some treats for it to relinquish its grip long enough to allow somebody to rescue the phone. An iPhone for a piece of fruit, the monkey’s strategy begins to make sense.


“Ironically, the hero of the Kecak Fire Dance Performance is a monkey!” 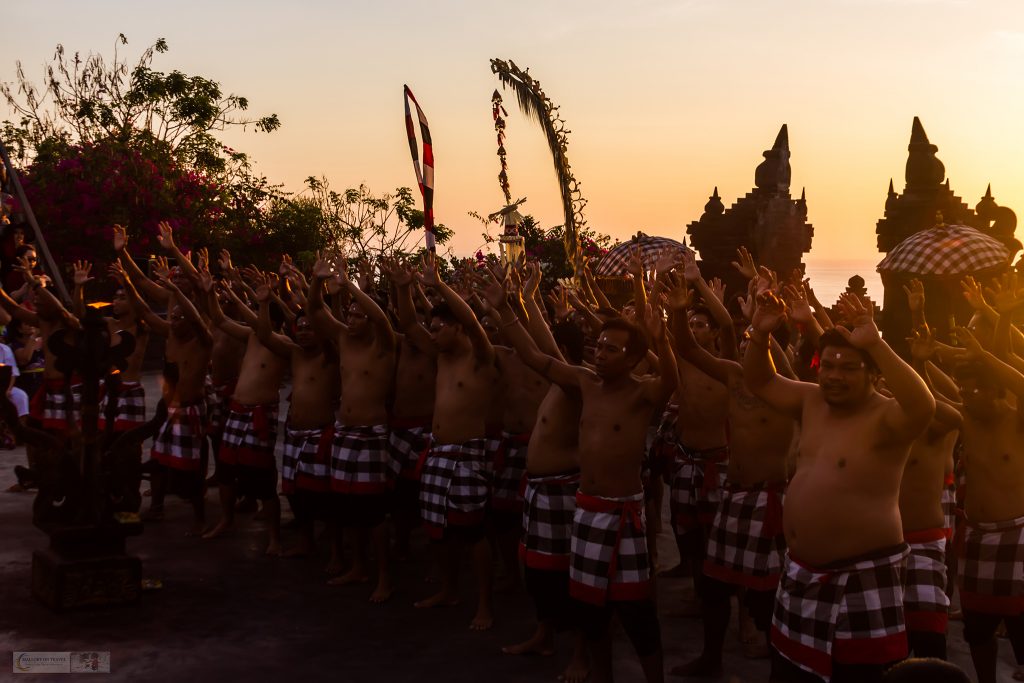 The dramatic performance starts as the sun drops from the sky, more than 150 bare chested men, wearing checked cloths from their waists enter the amphitheatre chanting a percussive “cak”; the monkey chant. Waving their arms as they sit in a semi-circle they continue their chant almost ceaselessly throughout the performance.

As the last of its warming golden glow drains from the sky, the theatre is pitched into shadowy semi-darkness, the drama plays out. Lit only by the candles and a few spotlights, the story of good versus evil is portrayed with dramatic flair and choreographed fighting. It proves entertaining and even amusing, comic interludes punctuating the chapters of the story. 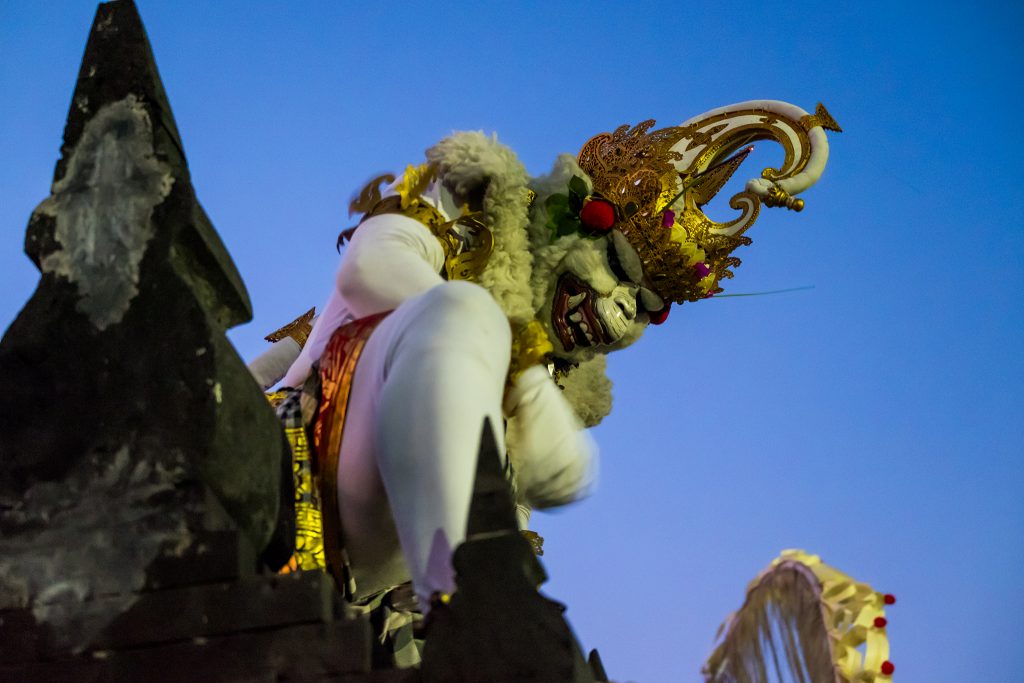 It is the charismatic monkey however, much like his mischievous brethren that steals the show. Often interacting with the crowd, posing for selfies and photobombing those he’s not invited to, the crowd laugh loudly at his antics, he has them eating out of the palm of his hand.

“maybe typical of an irate Apple fan that can’t get they’re hands on the latest iPhone!”

Throughout the mesmerising performance, there is the rhythmic chant of the swaying men; “cak, cak,cak, cak” 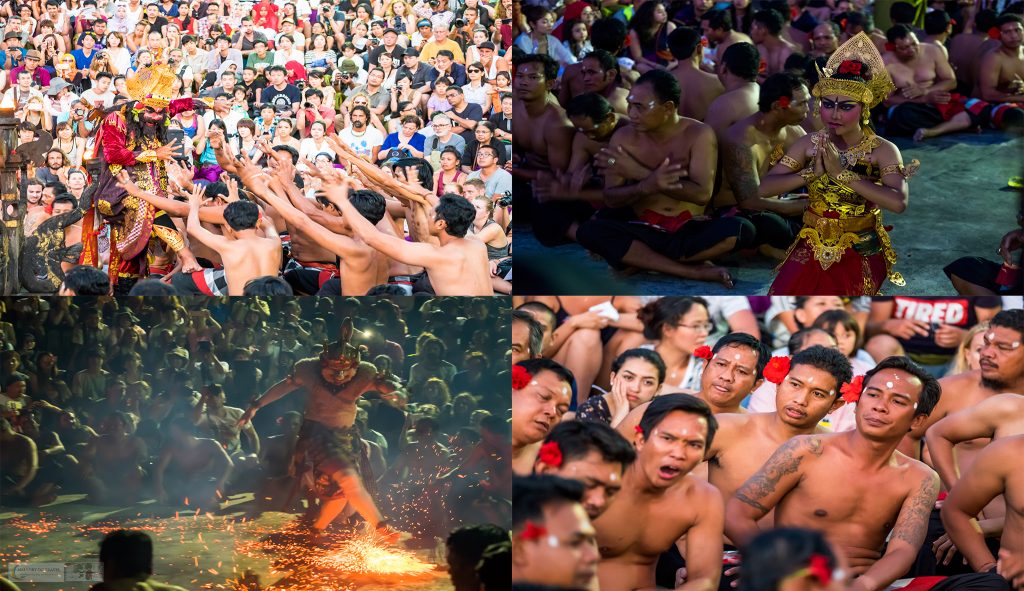 It seems fitting that the spectacular finale, which includes a dance through pits of fire, spraying embers high into the air and over the transfixed audience is performed by our hero, monkey. The sun has now long since sank below the horizon, leaving the scene in inky blackness, adding to the drama of the fiery finale.

On the way out we were confronted by a particularly aggressive and angry looking monkey, possibly the same one that had lost his earlier prized possession of a mobile phone. Needless to say, his behaviour lacked the comic charm of his heroic namesake, though maybe typical of an irate Apple fan that can’t get they’re hands on the latest iPhone! 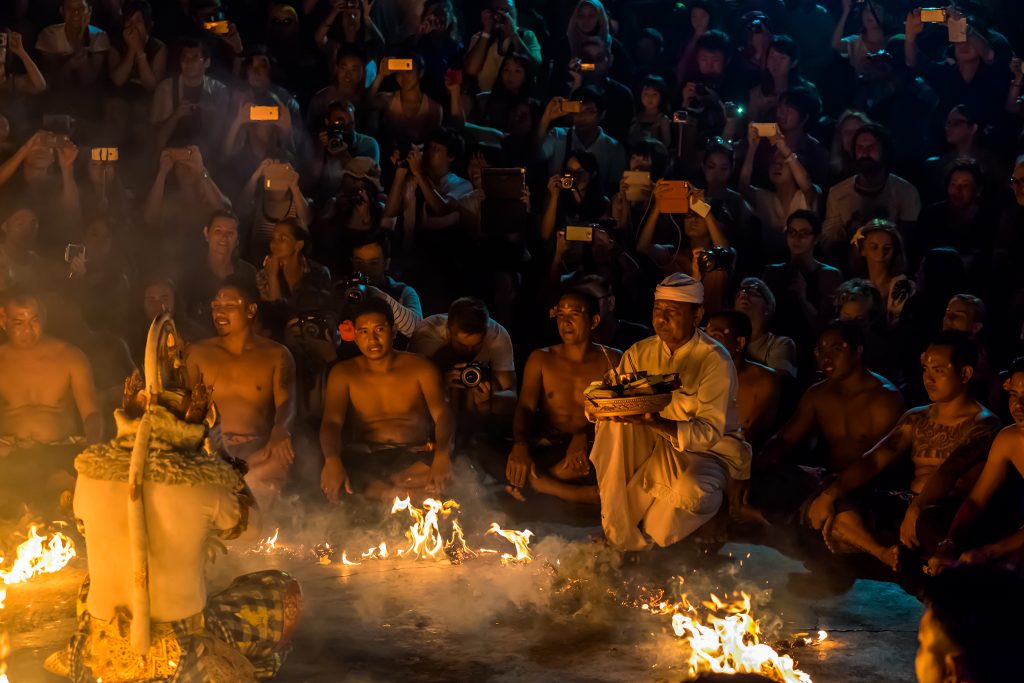 It looks bad for monkey

Although the performance is mainly for the benefit of tourists, it dates back nearly 100 years relatively unchanged. Its roots can be found in sanghyang a trance inducing dance used in exorcisms and provides an entertaining glimpse into the culture of the Balinese.

Discover Sanur Beach before the crowds: Postcard from a Dynamic Bali Sunrise 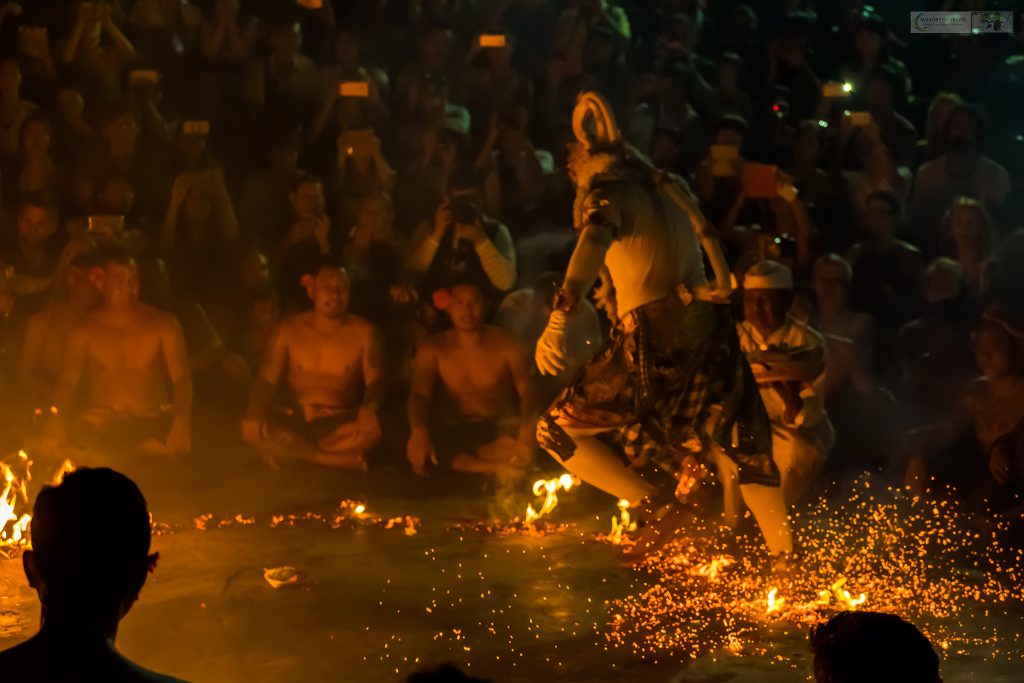 It’s a reminder that away from the tourist areas, those with the will to explore, authentic experiences of Bali can be found. An early visit to the nearby rice paddies and watching the sunrise in the peaceful setting of Sanur Beach are also thoroughly recommended excursions. 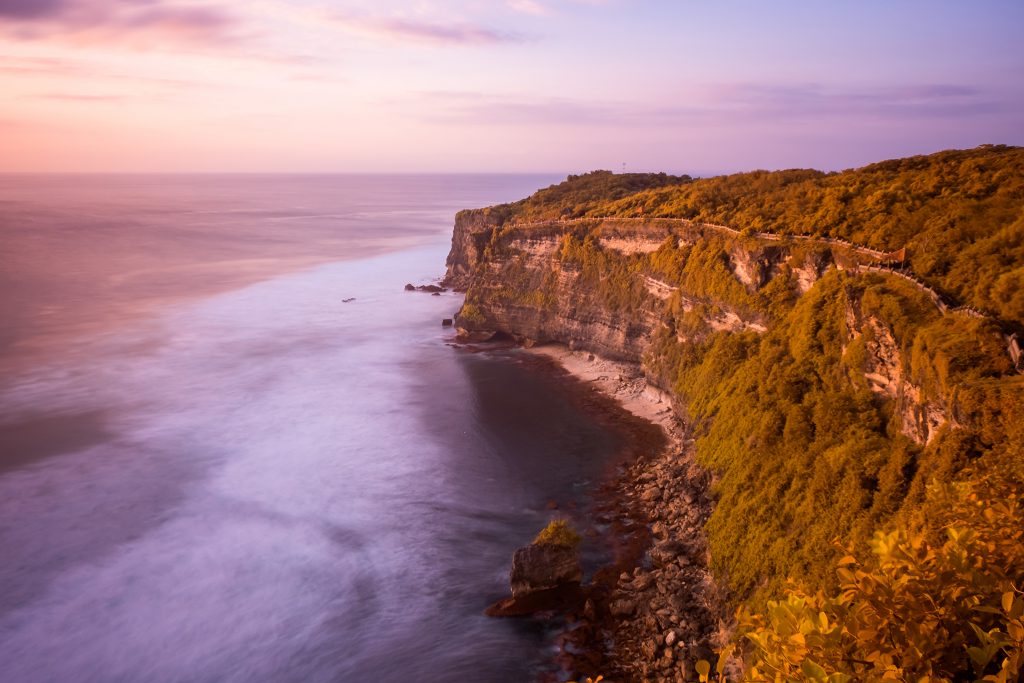 Uluwatu above the ocean 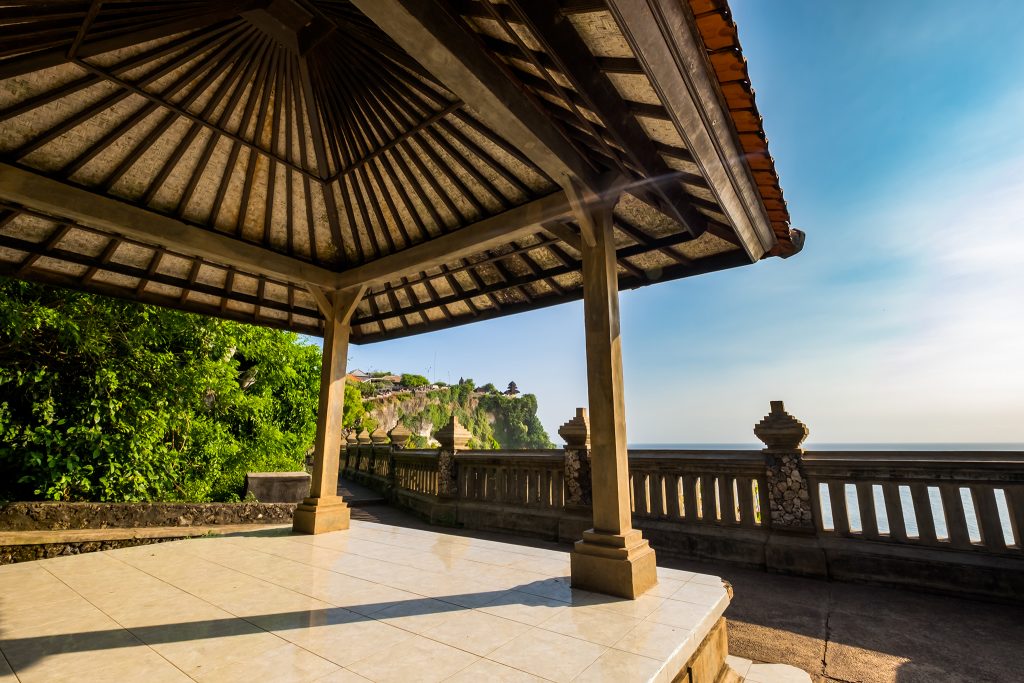