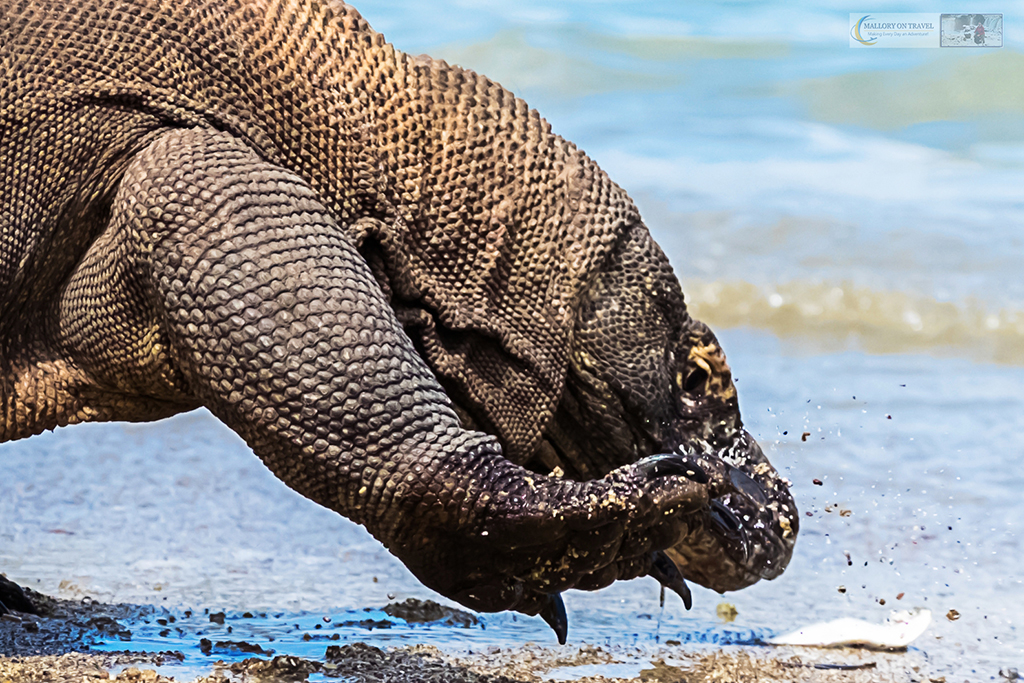 Coming face to face with a dragon is usually at best a once in a lifetime experience, sorry to boast but it happened to me twice! Yet, this second visit to Komodo Island, Indonesia was just as exciting than the first time.

The first visit was in October and the dragons, particularly on the island of Rinca had been lethargic to say the least, most of the dragons had been lazing around outside huts of the village. We had only managed to encounter one of these giant reptiles on the short trek around the island. 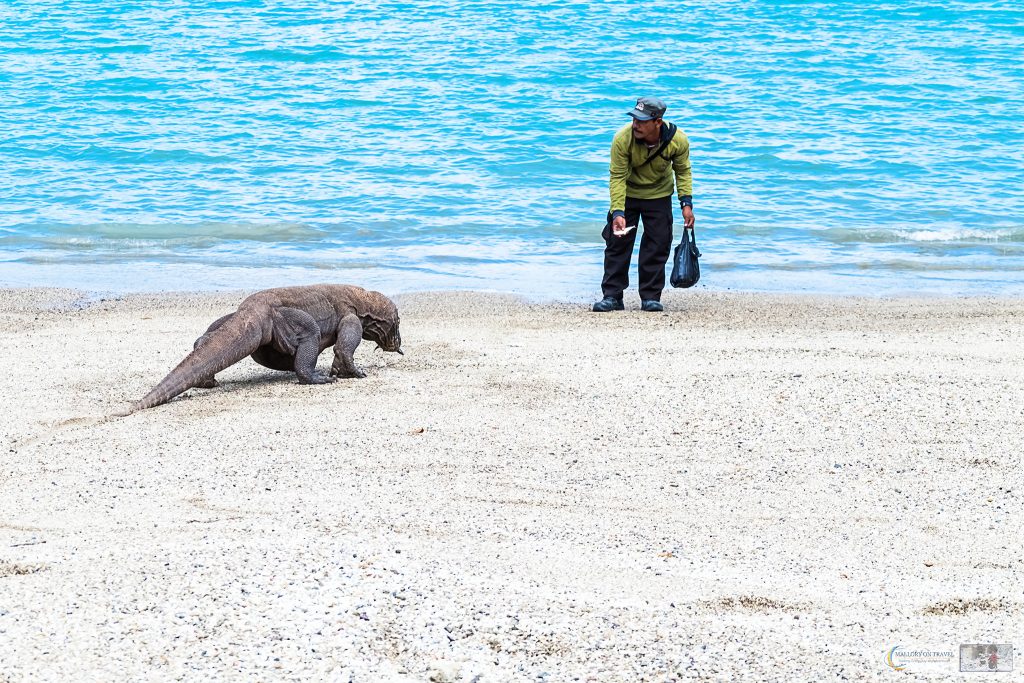 They are at their most active during the breeding season, as amorous males look for receptive females, becoming aggressive, even fighting among themselves. It’s worthwhile remembering though, that a fully warmed-up dragon could possibly outrun the average person, and that they’re ambush predators, relying on stealth and short bursts of speed.

We returned after the breeding season, and although several dragons still lurked around the village, we also saw young females guarding egg mounds on two separate occasions. The females lay their eggs in large piles of earth to incubate them, leaving a young female to protect them from predators, including male dragons, which can be cannibalistic. 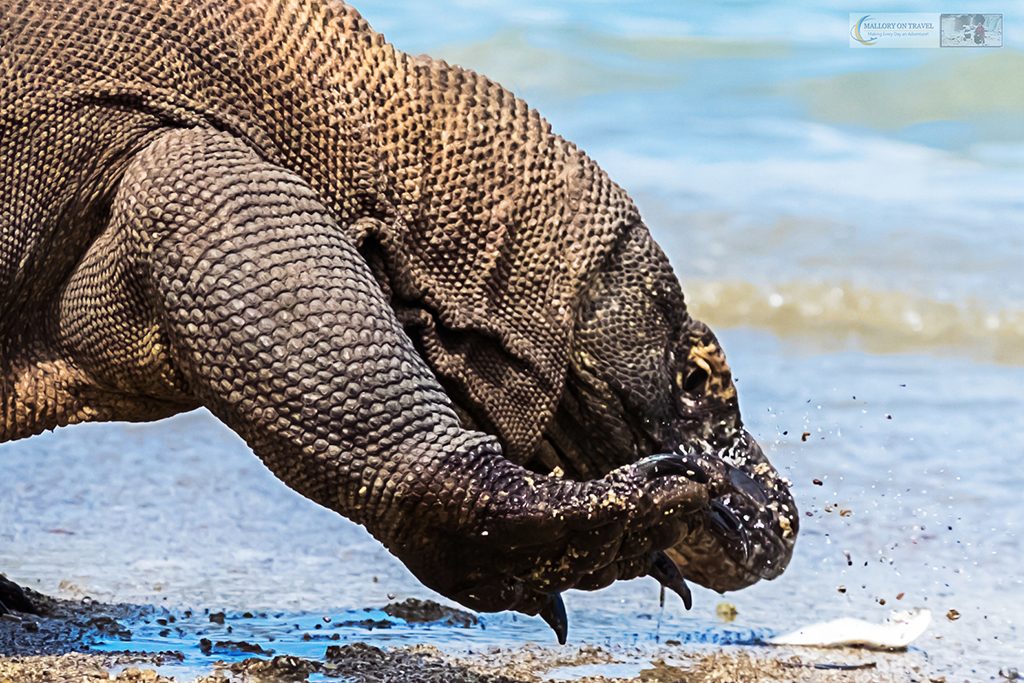 Read about my first encounter with dragons: There be Dragons – Komodo Island

Our trek took us a few kilometres from the village, providing some impressive views of the island, but the dragons remain the main attraction. We also spotted a water buffalo drinking from a waterhole, these animals are big, powerful and bad tempered, so it’s hard to imagine they are also on the menu of dragons!

“Chowing down on massive a water buffalo, seems like another good reason to give dragons a little respect” 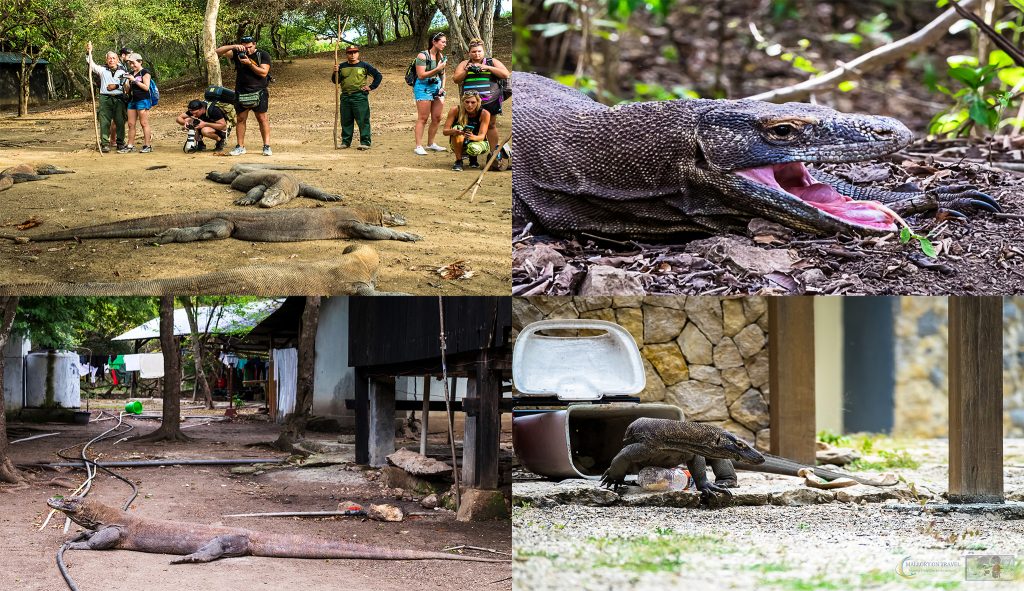 When we visited Komodo Island the following day, the dragons were slightly more active. Soon after arriving, we spotted a young reptile, possibly a female raiding the trash cans, and soon after we discovered another being hand fed fish by a ranger on the beach. 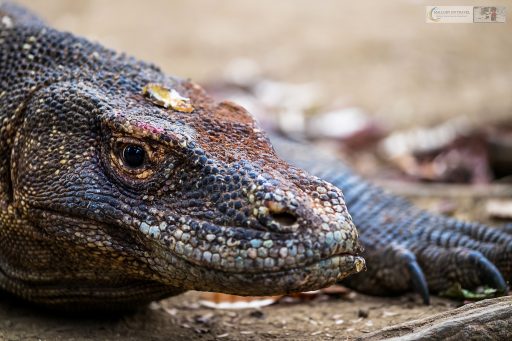 Close up of a dragon

“Is this how to train your dragon?”

The dragon on the beach seemed to be a large male, lumbering towards the ranger, picking up the small fish as he progressed. His tongue flicking out regularly, ‘tasting’ his way, powerful limbs and sharp claws scraping the sand, digging at the fish. Plodding from morsel to morsel and paddling in the gentle waves lapping at the shallow beach.

Two days on the islands of Komodo may seem like ample time to spend with dragons, yet, I wasn’t ready to leave. I mean ……. how can you ever get enough of dragons?

Fortunately, there is plenty more to experience in Komodo, compensating nicely for being dragged away from these living dinosaurs, the meaning ‘terrible lizard’ seems fitting. 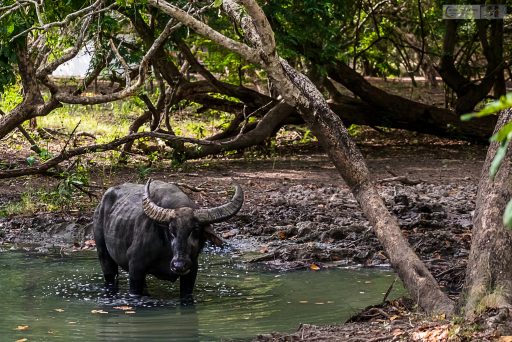 We were treated to two stunning sunsets; fiery skies, turning the ocean molten coloured and bathing the many islands which stud the clear waters of the region in a golden glow.

One evening we watched as thousands of large fruit bats took to the crimson sky, leaving their daytime roost to feed; a sunset of a thousand bats. They seemed to depart in waves, rather than all at once, but their large wings, formed by evolution elongating their fingers carried squadrons of the flying mammals over our heads.

It just goes to show, visiting a place several times still provides new experiences, new excitement, some of which can be magical.

Revisiting the lovely island of Padar, seems to emphasise this ably. The last time it had been as the sun was setting, providing some incredible views of the island and the surrounding area, but on this occasion it was late morning. As the sun was already high in the sky, bathing the island in harsh light and deep shadows, and with many more visitors taking the trek up the hill, it seemed unlikely I’d get any better shots from the high point than last time.

So I chose to remain at the boat, taking some pictures of the other moored craft and the island from sea level. It also meant there was plenty of opportunity to splash about in the shallows, the decision seemed vindicated. (Take a look at the other dragon post and decide for yourself). 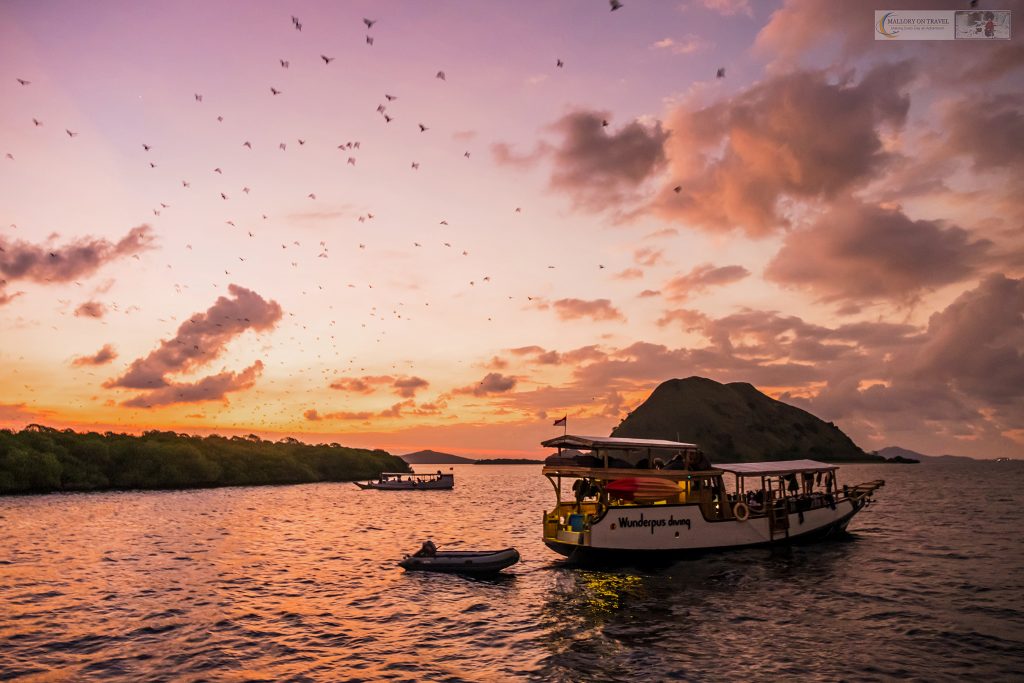 The snorkelling in Komodo is as exciting as anywhere and the diving legendary, our group weren’t fortunate enough to see any manta rays, but they did get to hang with turtles; two amazing reptiles in one trip! 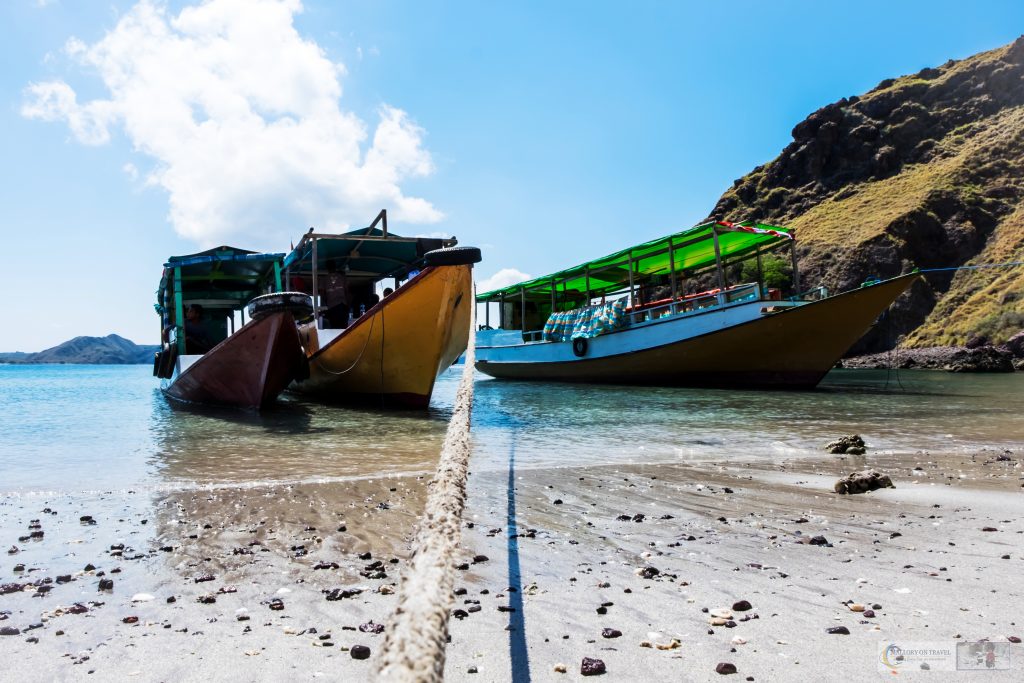 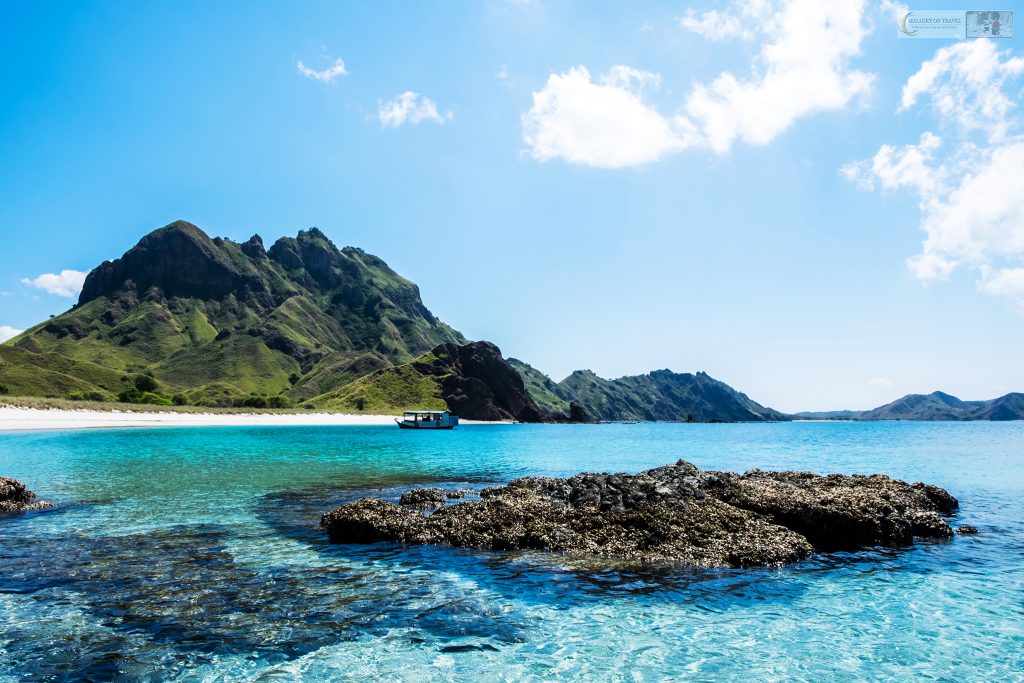 The stunning shores of Padar