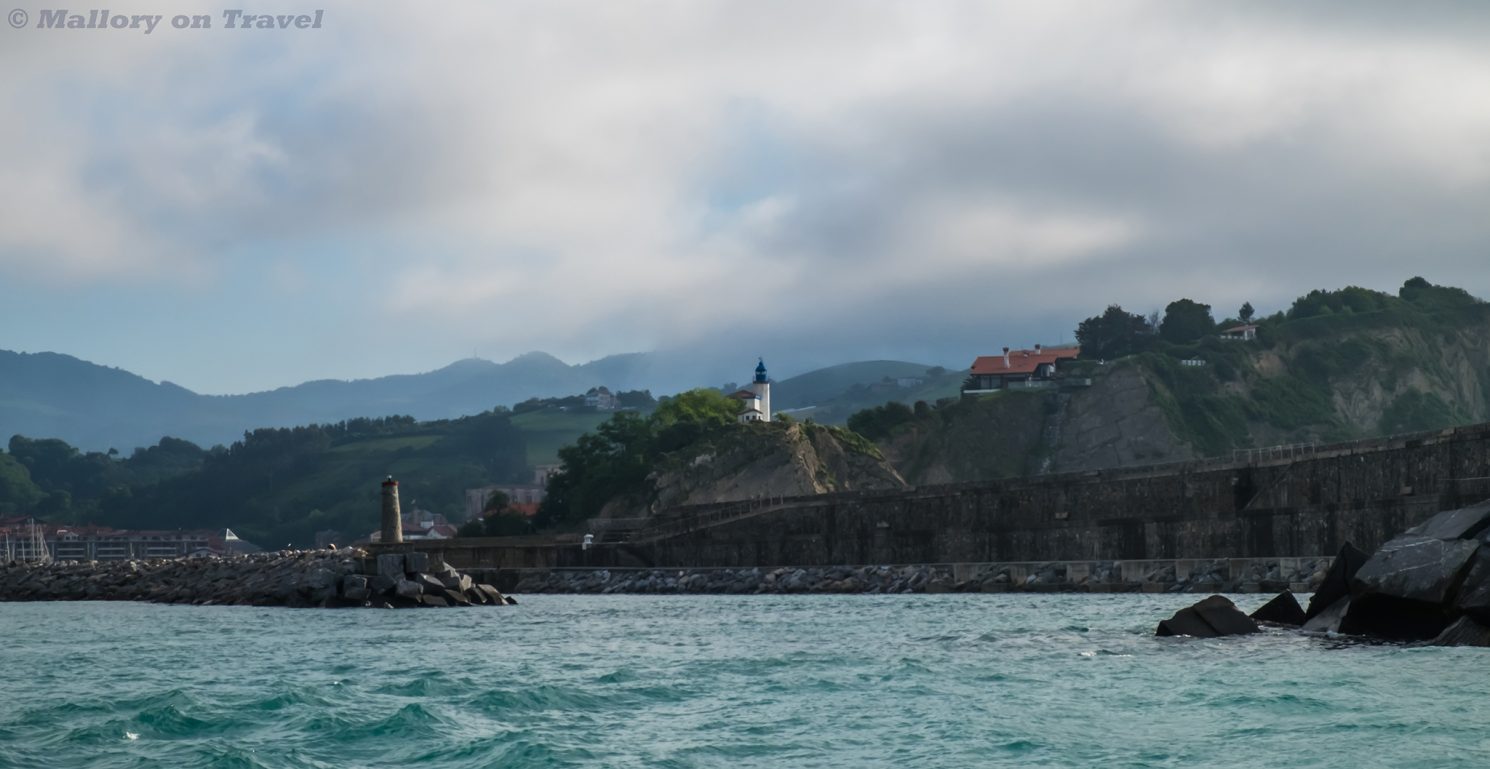 Enjoying a relaxing break in the north of Spain or completing a pilgrimage on the Camino de Santiago may seem mutually exclusive at first, however they don’t need to be. As discussed in a previous post, the reasons for following the St. James Way are as numerous as the distractions along the way, and the Basque Country has its fair share of diverting attractions. 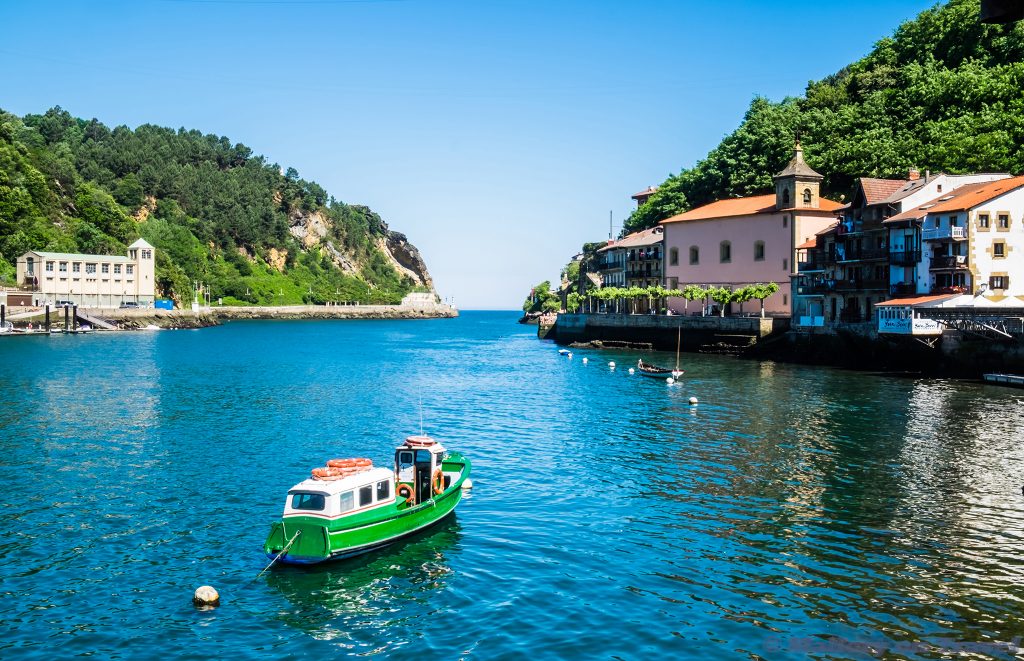 The ferry at Pasai Donibane,

Aside from the two principal cities of Bilbao and San Sebastián, there are plenty of delightful villages and fishing ports, some lovely countryside, grand religious buildings, modern almost artistic architecture and interesting cultural attractions.

Find out about the St. James Way here: Life on the Camino; A Pilgrim’s Way 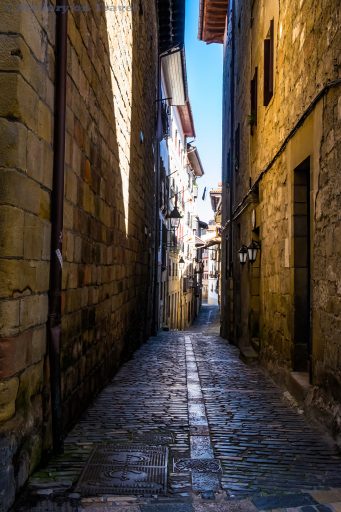 Of course this is España, so there’s also the occasional beach, lovely, long stretches of sand, such as the La Concha; the personal recreational arena for the citizens of San Sebastián. On a sunny day, the whole of the city seems to be on the beach, swimming in the sea or enjoying watersports such as kayaking or sailing. Free time is important to the Spanish, in fact, it’s essential.

There are numerous picturesque fishing villages, where young kids jump off harbour walls into the blue water, tiny boats ferry visitors from one quay to the another and locals sit outside small cafés sipping strong coffee or cold beers. Wandering through any one of them, there’s usually plenty of cultural interest to be found down the pretty streets, especially for those easily distracted.

The ‘peregrinos‘ that we met, had one thing in common, time wasn’t an issue, and although it seems reasonable there are some which ‘speed march’ their way along the Camino, most take the time to enjoy all that the Basque Country and other regions have to offer.

For those taking time out to visit the twin villages of Pasai Donibane and Pasai San Pedro, if they walk to the far end of the port on the San Pedro side, they’ll find the Sea Factory of the Basques, Albaola. I’m not exactly renowned for my love of museums, or as a culture vulture, but this little working museum is a favourite. 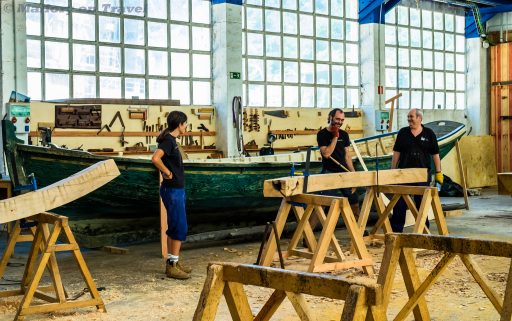 It’s a place to learn the rich maritime and whaling history of the Basque region, in a time when they were recognised as the masters of the industry. They were the only ones able to efficiently produce oil from Right and Bow whales. Anybody that knows me, is aware I’m not about to celebrate whaling, but these guys went out in small rowing boats armed with hand thrown harpoons, a far cry from the modern Japanese, Norwegian or Icelandic factory ships which continue to hunt whales with explosive harpoons today.

There is a detailed tour, led by a knowledgeable guide, explaining the history of Basque whaling and the discovery of the San Juan, an early transoceanic whaler off the coast of Newfoundland. A replica of the ship is being painstakingly reconstructed at the museum by a small international team of master craftsmen and volunteers. It seems there’s a limited number of qualified carpenters with experience in working on similar projects, but they do appear to communicate through forums and move from one rebuild to the next. 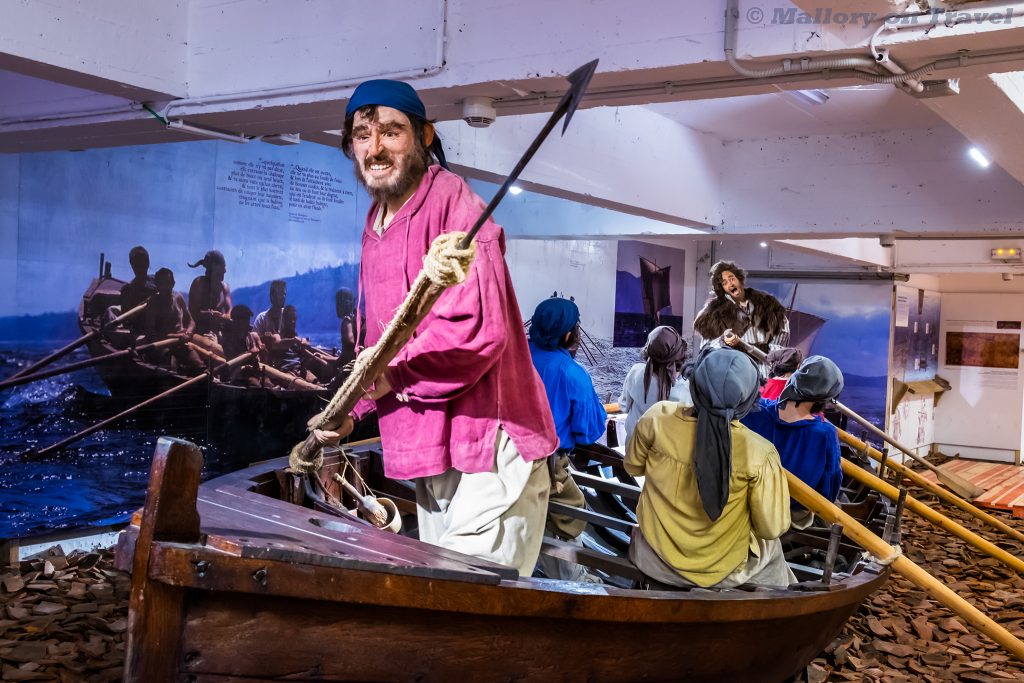 Not only a museum, there are also schools in traditional skills like ship building and seamanship, teaching students to work with conventional tools and skills or learning how to sail and handle old world vessels.

Getting ‘Twitchy’ in the Basque Country

It doesn’t take long, only a small distraction, but worth finding, if only to discover the importance of cider in preventing scurvy when spending many months at sea.

At the risk of being branded a ‘twitcher’ my other favourite distraction is the Urdaibai Brid Centre, near Gernika. The sanctuary could easily be described as an area of outstanding beauty, a wetland which is the summer home of black kite, stork, osprey and many waterfowl and wading birds. 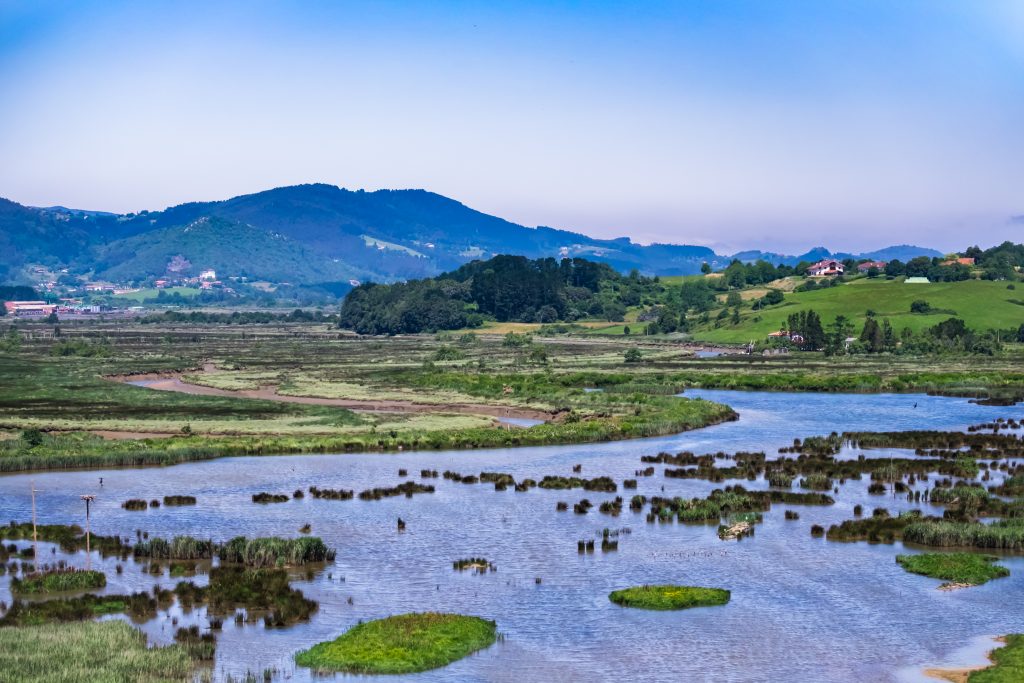 Described as an international airport for birds, it’s a bird fly way; a pathway or corridor used by migratory birds, (insects too), predictable routes from winter feeding areas to summer breeding grounds.

The centre is a modern building built on several floors allowing extensive views over the wetland, and the many birds which at least temporarily call it home. It’s very well thought out, managing to inform and entertain in equal measure, through decorative wall charts, illustrated notice boards and live view cams.

These in particular were exciting, having live links to a number of other bird sanctuaries throughout Europe, this allows visitors to see not only the birds present, but to understand the links to migratory routes, feeding and breeding grounds. 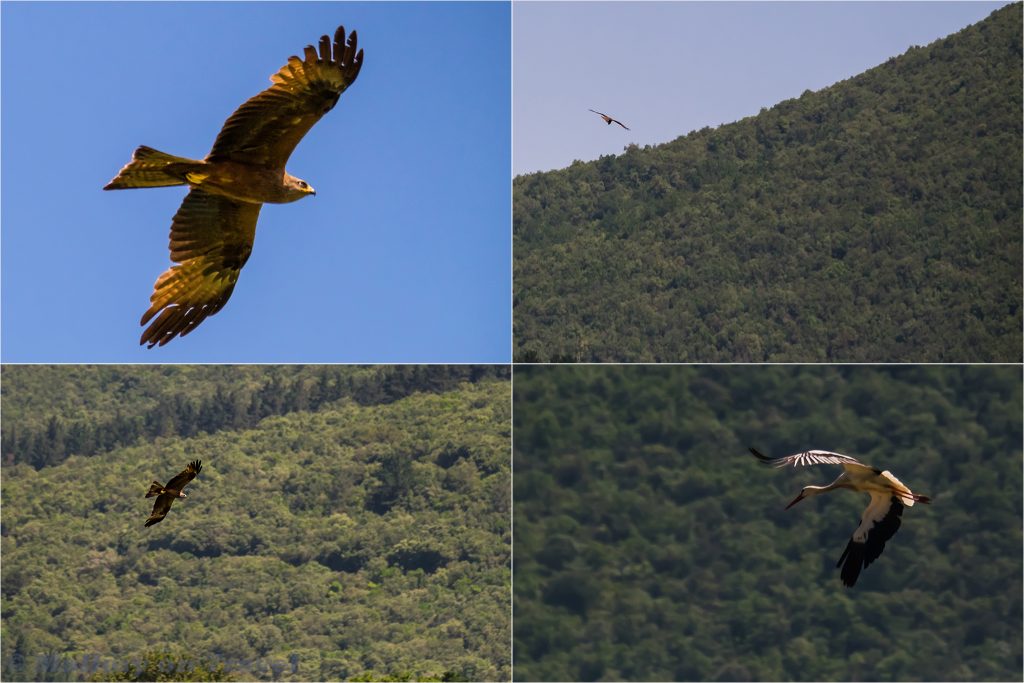 Having only recently spent time at the RSPB osprey site at the Loch Garten, Abernethy in Scotland it was very cool to be watching the resident pair EJ and Odin, continuing to feed and protect their rapidly growing chicks. Being able to watch them on their Scottish nest from the exact same camera angles and seeing how much they young ospreys had developed and grown in just a few short weeks was enough to have me joining the RSPB once home, exciting!

A mature couple from Hertfordshire were visiting the same time as we were there, they seemed equally excited by the centre, although they did appear more twitchers than pilgrims.

These may not be the normal choice of diversion for the average pilgrim taking a break from trekking the Camino, but if hours on the beach become, well endless and the bright lights of the cities begin to dim, something slightly different might just provide the perfect distraction. 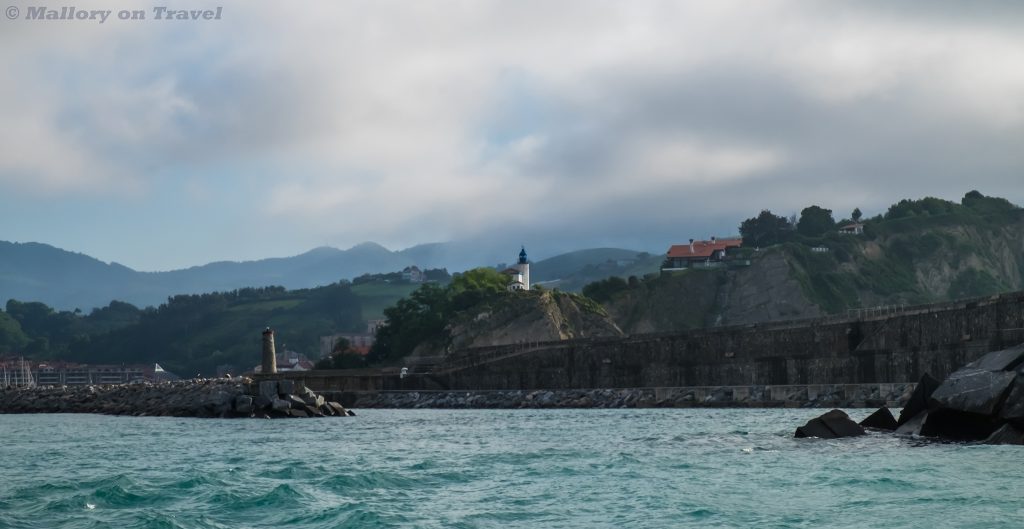