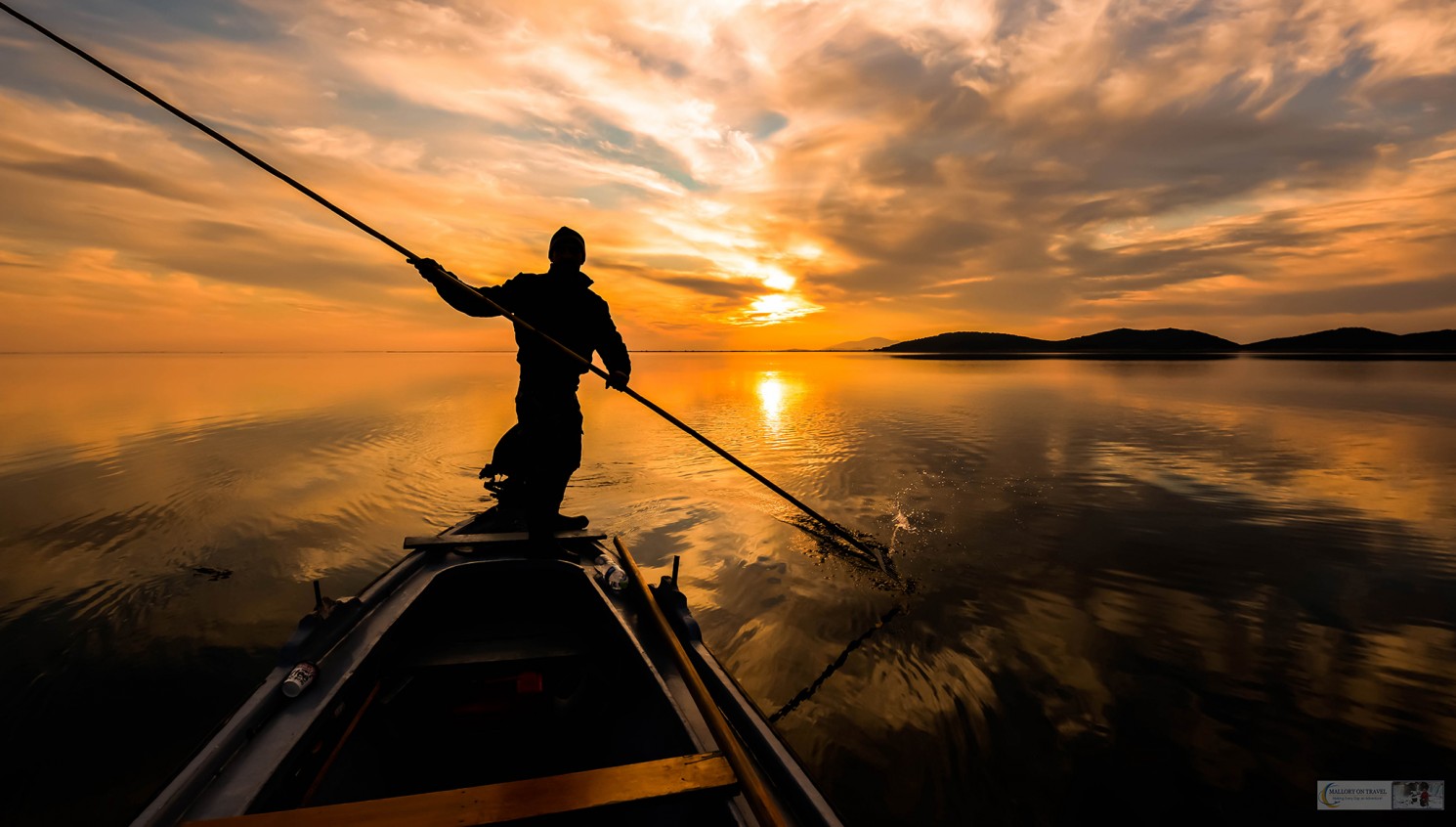 Main airport/s: Athens is the closest airport to the region, requiring a transfer of between two and three hours to Messolonghi and Agrinio respectively.

Principle airline: A number of carriers fly into Athens. Aegean Airlines is the principle carrier, connecting with a number of European cities and operating around half of all domestic flights. Operating regular flights from London, Manchester and Birmingham, as well as principle cities in Australia and Canada.

Visa requirements: Greece is a member state of the European Union and therefore travel is possible on a passport only basis for member countries. It is also a signed up member of the Schengen agreement nullifying passport checks for other Schengen countries.

Language: Greek is the national language, but English is commonly taught in schools and is widely spoken. French, Italian and German are also spoken to variable degrees.

Weather: Greece is renowned for its good climate and can become uncomfortably hot in the summer months, with temperatures often reaching well above 30° Centigrade. However, it is varied climate, with cool, sometimes wet winters and the mountainous areas of western Greece often experience significant snowfall. Skiing is even possible.

Currency: As part of the European single currency, Greece uses the Euro.

Water: Generally drinkable, although not always pleasant, but always check with your hotelier to be sure.

Plane: Along with Aegean and Olympic, budget carriers such as Easyjet and German Wings offer flights to Athens and Thessaloniki from several UK and European cities.

Train: Thessaloniki is both the international and domestic hub for rail travel within Greece. The running of the railway network is shared by Hellenic Railways and TrainOSE, but due to the economic crisis some international routes have been suspended. It doesn’t mean travel within the country is impossible, it will just require some additional research and planning. InterRail and Eurail provide passes which although possibly more expensive than individual tickets offer greater flexibility.

Bus: Athens, has two bus terminals operating to different regions of the country, neither of which are easily accessible via public transport. Terminal A is the one needed for travel to the Peloponnese and western Greece destinations. Outside of the capital bus travel becomes relatively easy, with a cheap and extensive network run by Koino Tarnio Eispraxion Leoforion (KTEL).

Car: Driving throughout Greece outside of the main cities, which can be busy and challenging is a pleasure. An extensive road network of reasonably well maintained, quiet roads links all regions. Western Greece isn’t an exception and although some are mountainous, they’re also enjoyable to drive. Tolls are on most major highways, and it can work out quite expensive, but the good news is these can be avoided by taking the scenic routes.

Ferries: By far the best way to enter Greece on a ferry is the French/Italian Adriatic services, the eastern Europe options are fraught with visa and access issues. There are several ferry operators within Greece, most providing services to the islands. These run regularly throughout the high season, a little less so in winter.

Hotel: The Marpessa Hotel in Agrinio, is a 17 room, luxury, boutique hotel with a friendly, almost homely welcome. You won’t be disappointed.

Budget: Booking.com offers a wide range of accommodations from hostel to luxury hotel or villa in Messolonghi or Agrinio at prices to suit most budgets.

Eating out: Greeks love to eat, and enjoy good food, wine and company. The restaurants and small tavernas of western Greece offer a mix of chic high-end dining and family run operations with homelier meals on offer.

Expect fresh, often locally produced vegetables, grains and herbs, with seafood or lamb dishes unsurprisingly being popular. They are generally a far cry from that offered by the traditional tourist destinations for those used to travelling to the islands.

It is common for a cover charge of up to €2 per person in cafés and restaurants. This will be shown on the receipt.

Nightlife: Towns in western Greece are generally much quieter than cities such as Thessaloniki and the nightlife mainly consists of restaurants and bars with more of a café culture ambience than the more well-known regions.

National Parks:
Although not a national park, Messolonghi Lagoons is a site of outstanding natural beauty, one of the most important Mediterranean wetlands and protected by the Ramsar Convention.

Ancient Olympia, the home of the Olympic Games is a popular destination for many visitors. The museum houses several important artefacts, which is further surrounded by dozens of ancient ruins.

Lake Trichonida is located near Agrinio, a picturesque stretch of water surrounded by mountains which is the largest and deepest lake in Greece.

Church of Hagia Sophia, little remains of the Dominican Church located in the small village of Andravida except the sanctuary, side chapels and Gothic arches make it unique.

Epirus is a mountainous region of north-west Greece which is shared with Albania. Visitors to the Greek part will discover a different side of the country, culturally separate and a diverse landscape of mountains and beaches. Ioannina is a particularly beautiful capital city, and the summer resorts of Parga and Syvota, and towns of Zagorohoria, Tzoumerka and Metsovo are equally attractive.

Tour Operators: Discover Greek Culture provide “discerning travellers with one-of-a-kind cultural experiences, handpicked and guided by our team of passionate field experts” – it does exactly what it says on the website.

Western Greece is one of the less visited areas of Greece, which includes the Peloponnese and Ionian Islands. A relatively mountainous region, intersected by clear rivers and punctuated by freshwater, aquamarine coloured lakes.

Messolonghi, known as the “City of Heroes” is possibly the most familiar of the areas cities, site of the great siege of the Greek War of Independence and where the poet Lord Byron died. Today, however the freshwater lagoon which is home to flocks of flamingos is the main reason to visit.

The Peloponnese is a peninsula, which is partially located in western Greece, it includes the cities of Nafplion, Kalamata and Sparta and mile upon mile of beautiful coastline. Starting point of the War of Independence and home to Mistra, a byzantine fortress town and UNESCO World Heritage Site.

Further reading: Discover Greece is a great portal for finding places to visit, things to do and see throughout Greece.