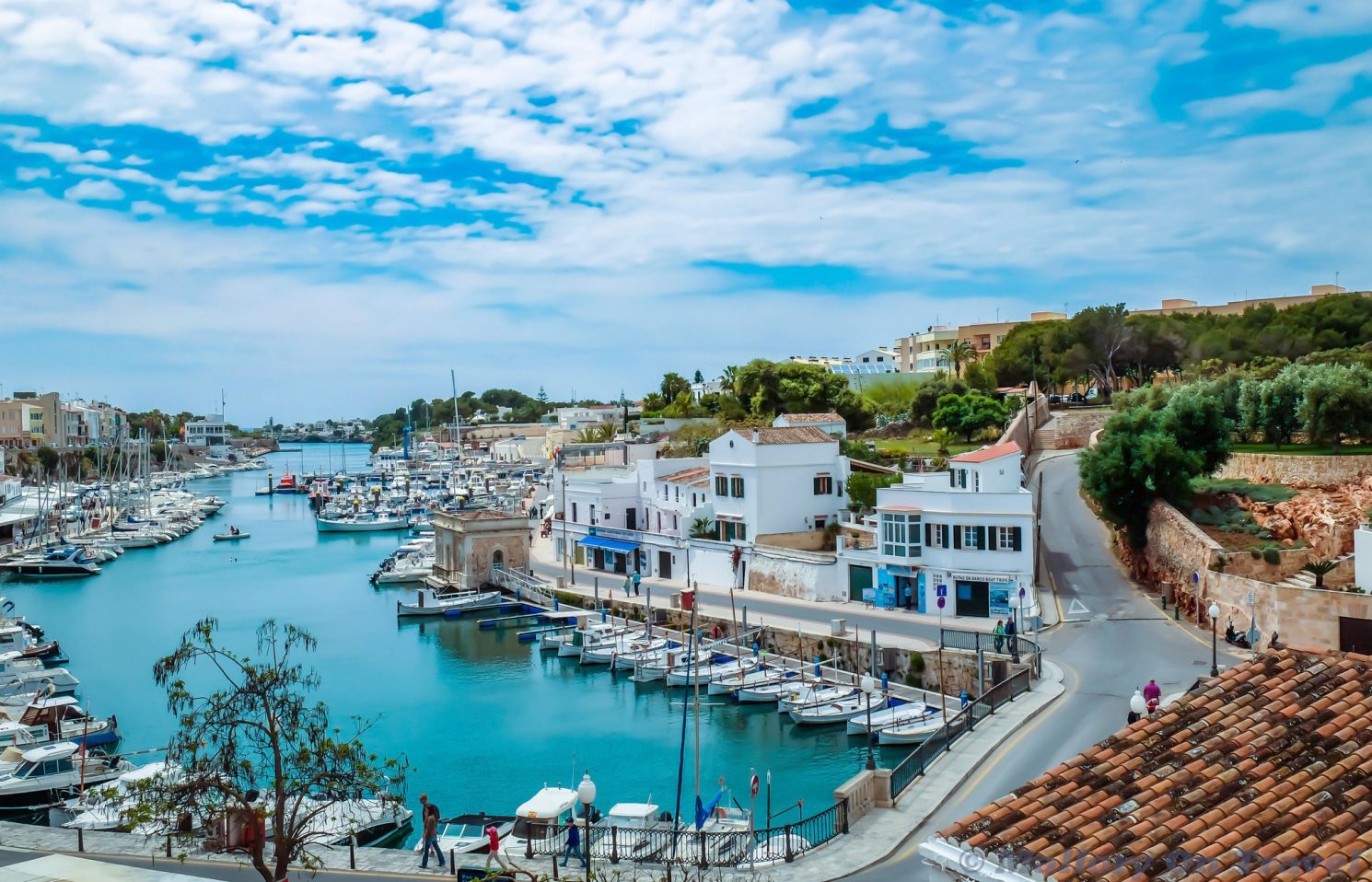 Menorca is probably the least well known of the Balearic Islands, in fact often when I mentioned visiting, the reply would usually be “oh I love Majorca”. Resulting in a lengthy, if somewhat tedious lesson in Mediterranean geography.

Menorca doesn’t do tourist traps or even lively nightlife; in fact, it’s claimed the island only has one real nightclub (Cova d’en Xoroi for those that must know)! However, what it does offer is a destination of outstanding, unspoiled natural beauty just beyond the busy resorts of the Spanish mainland. 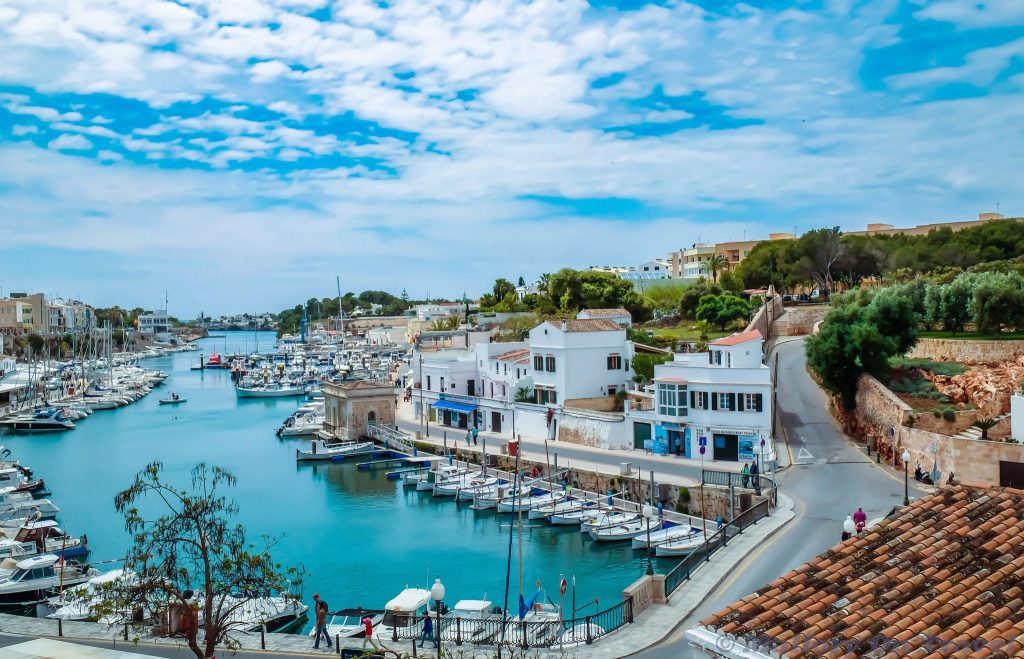 It’s almost a study in understatement, where less is more. Menorca, unlike its brash neighbours, doesn’t seem to want to shout about its many attractions, seemingly the shy sister, almost attempting to keep her charms from admiring eyes.

Living in a Bioreserve

There is mile upon mile of, quiet, golden sand beaches, choose well and it’s possible to get one all to yourself, especially in low season. It’s also a recognised UNESCO bioreserve, which the residents are justifiably proud of and go to great measures to preserve its status.

Building on almost all parts of the island is restricted to a maximum height and materials are also subject to stringent rules, ensuring new buildings are sympathetic to the environment. This helps retain the individual culture of the island. 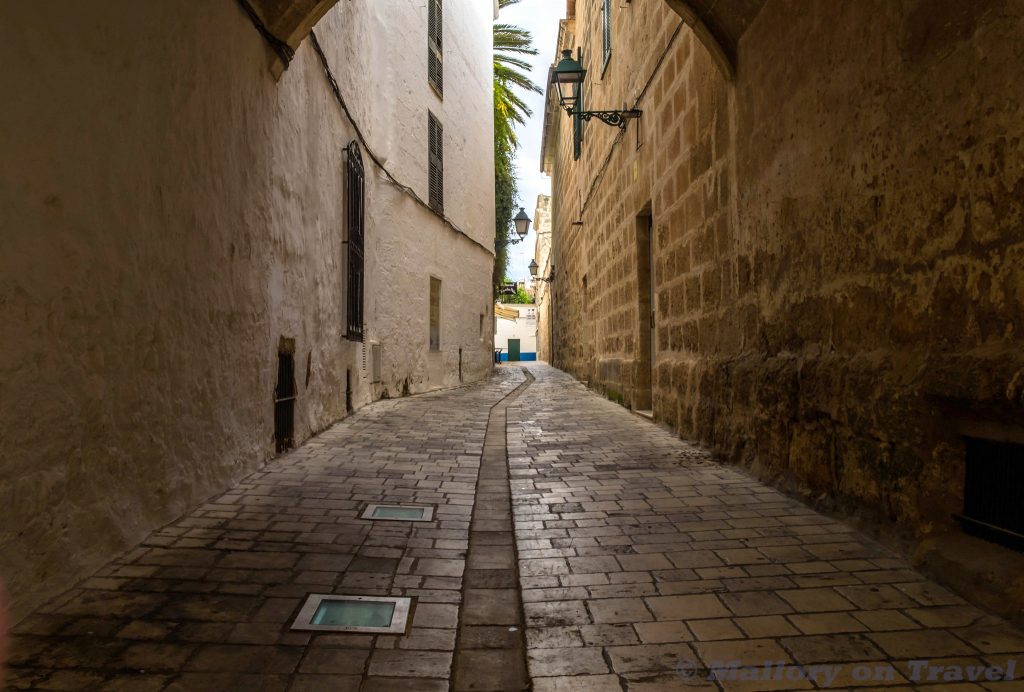 Islanders are also proud of their heritage and traditional way of life, many of the old trades and crafts are kept alive because the people continue to practice them. Having visited many destinations where there is an eroding of tradition, as the younger generation moves away and the older generation moves to a final resting place, it’s refreshing to discover a culture which thrives on retaining its traditions.

In common with most islands, the fishing industry has been one of the main employers on Menorca for more than a century. As tourism becomes a major player, there is still a demand for fresh seafood in the numerous restaurants and hotels, so fishing is still important. 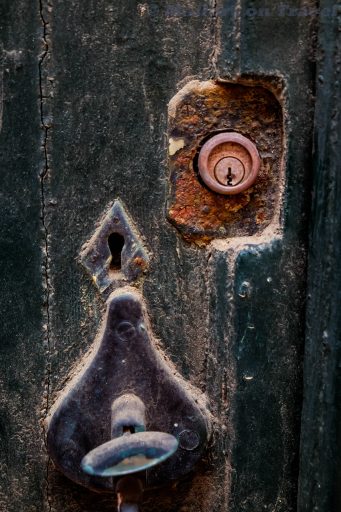 Enjoying a fresh fish meal in a chic restaurant in the harbour of Ciutadella, there was a nearby street which was lined with what looked like small store rooms. Enquiring of our guide Luis Ameller, he informed us that they were used by the local fisherman to store equipment. They had also formed a sort of cooperative, providing some strength in numbers.

Each of the major towns, Mahón and Ciutadella also have popular fish markets, which have become trendy places to meet, drink and dine. I certainly enjoyed a freshly shucked oyster washed down with a small beer when I managed to slip away from the group for several minutes.

Walking the some of the narrow side streets of these two towns can be fascinating for the observant. Fantastic details such as old brass door knobs and knockers, the paint fading and peeling on old wooden doors. Old fashioned street lamps or traditional basement entrances for delivery goods. 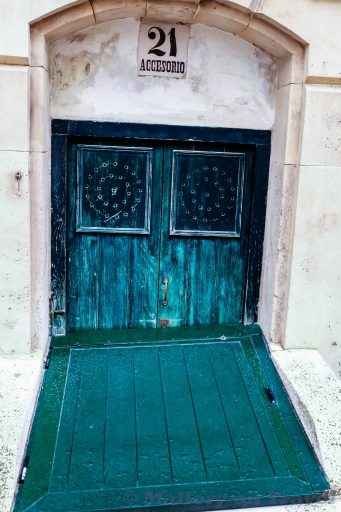 The island has been well known for producing high quality leather shoes, and still manufactures an individually styled sandal, known as the “alabarca“, which is colourful and possibly the only reason some people are even aware of Menorca.

Dry stone walls meander through the many fields, encrusted with moss and lichen, providing attractive boundaries, which are the result of an active policy of preventing alternative fences being used and maintenance. This means there will always be a place for a dry stone wall builder on Menorca. Tradesmen living in the Yorkshire Dales looking for a kinder climate may be interested? 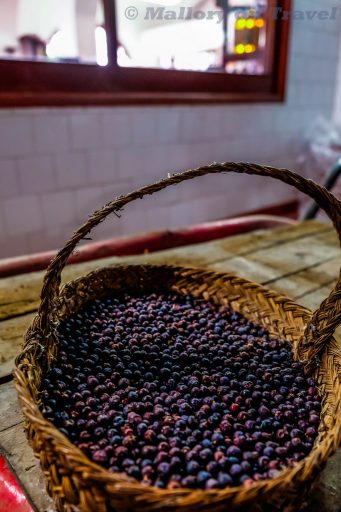 These walls are often punctuated by solid looking, wooden gates, constructed from wild olive. Another result of active encouragement to keep this skill alive, and they are now becoming an exportable commodity. Visitors to the island are so enchanted by them, they have them built and shipped home.

They are of singularly solid construction, which gave rise to an amusing story. Apparently one of the islands most well-known gate carpenters constructed one for a German couple, who despite many assurances it would ship intact, insisted on having it wrapped in the equivalent of a bubble wrap company’s production for a day.

The production of cheese is possibly the islands oldest industry, having been produced here since the beginning of the Bronze Age. Remains of pots and cheese making utensils have been found dating back to 3000 BC.

It’s about to  get a bit cheesy

Production of Mahón-Menorca, known as Queso Mahón until 1997, was substantially increased during the British occupation and is now recognised throughout the world as a fine cheese. It’s serious business on Menorca, although many of the methods have been modernised, the basic principles still remain and it’s possible to watch the process and learn the history in factories and local museums.

Unsurprisingly, the production of gin also dates back to the British residency on the island. Although originally there were several distilleries, producing in a time honoured fashion, there is now only one; Xoriguer. Its copper stills, which are over 100 years old remain in use, it is now a popular tourism attraction with groups from the major tour operators and cruise ships arriving regularly. 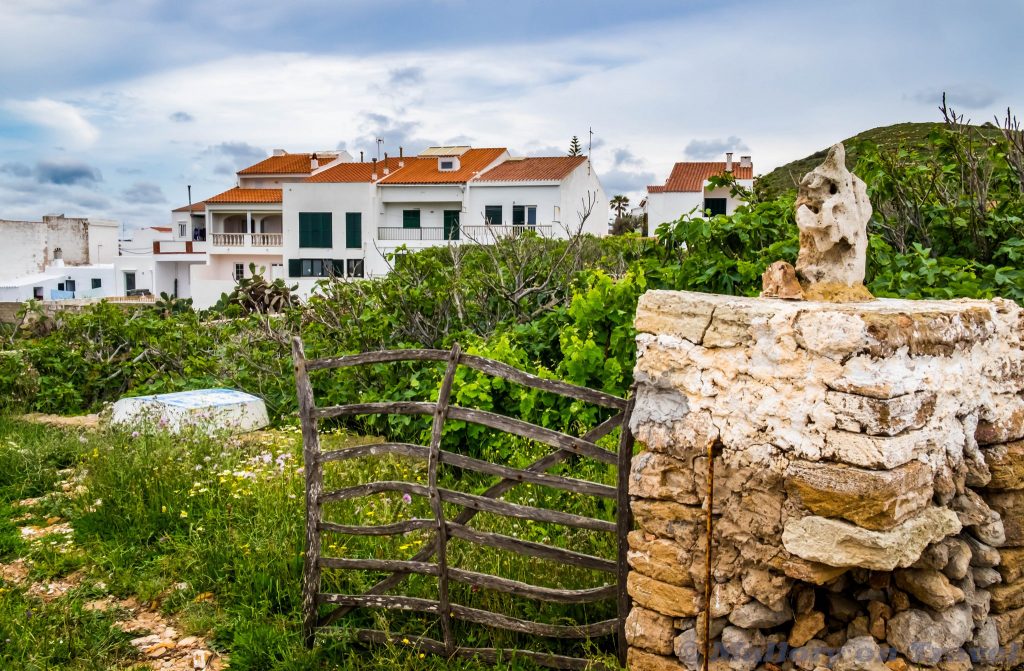 These are just a few of the traditional crafts being kept alive on Menorca, guitar makers, embroiderers, sculptors, basket weavers and ceramic potters all have a place here. That these professional artisans are encouraged and even celebrated adds to the distinctive charms of the island.

To the credit of the government, they are involved in retaining these skills. The “Artesanos de Menorca” is an initiative to recognise locally produced goods and the craftsmen whose quality of work deserves to represent the craftsmanship of the island.

So now, if your friends inform you they’re going to visit Menorca, there won’t be any confusion with its bigger brother and you’ll be able to tell them all about the natural beauty and skilled artisans that reside there.

This natural gem, of polished traditionalism deserves to be recognised in its own right.

For more hints and tips take a look at here: slideguide Menorca. 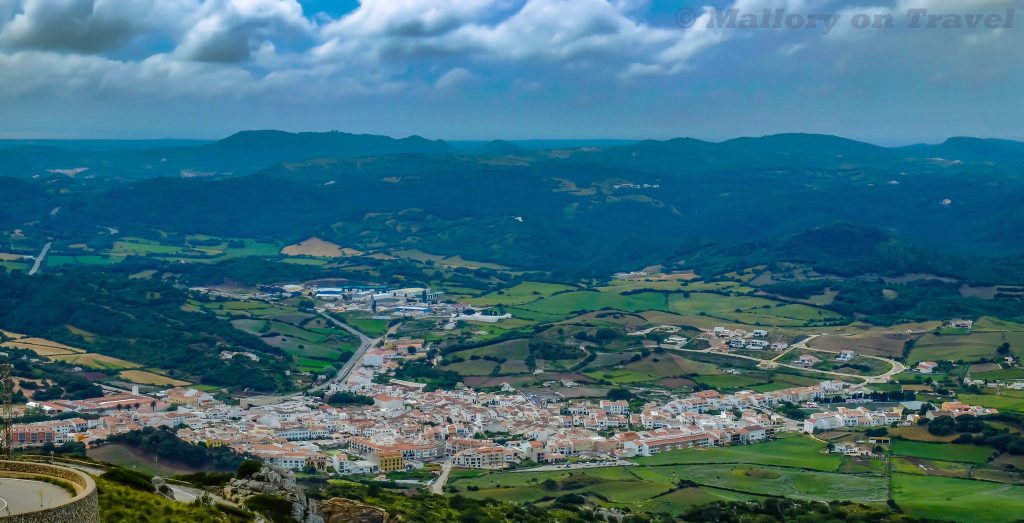 Our group travelled as guests of Menorca Tourism, who provided a knowledgeable guide, but all opinionated views are my own.