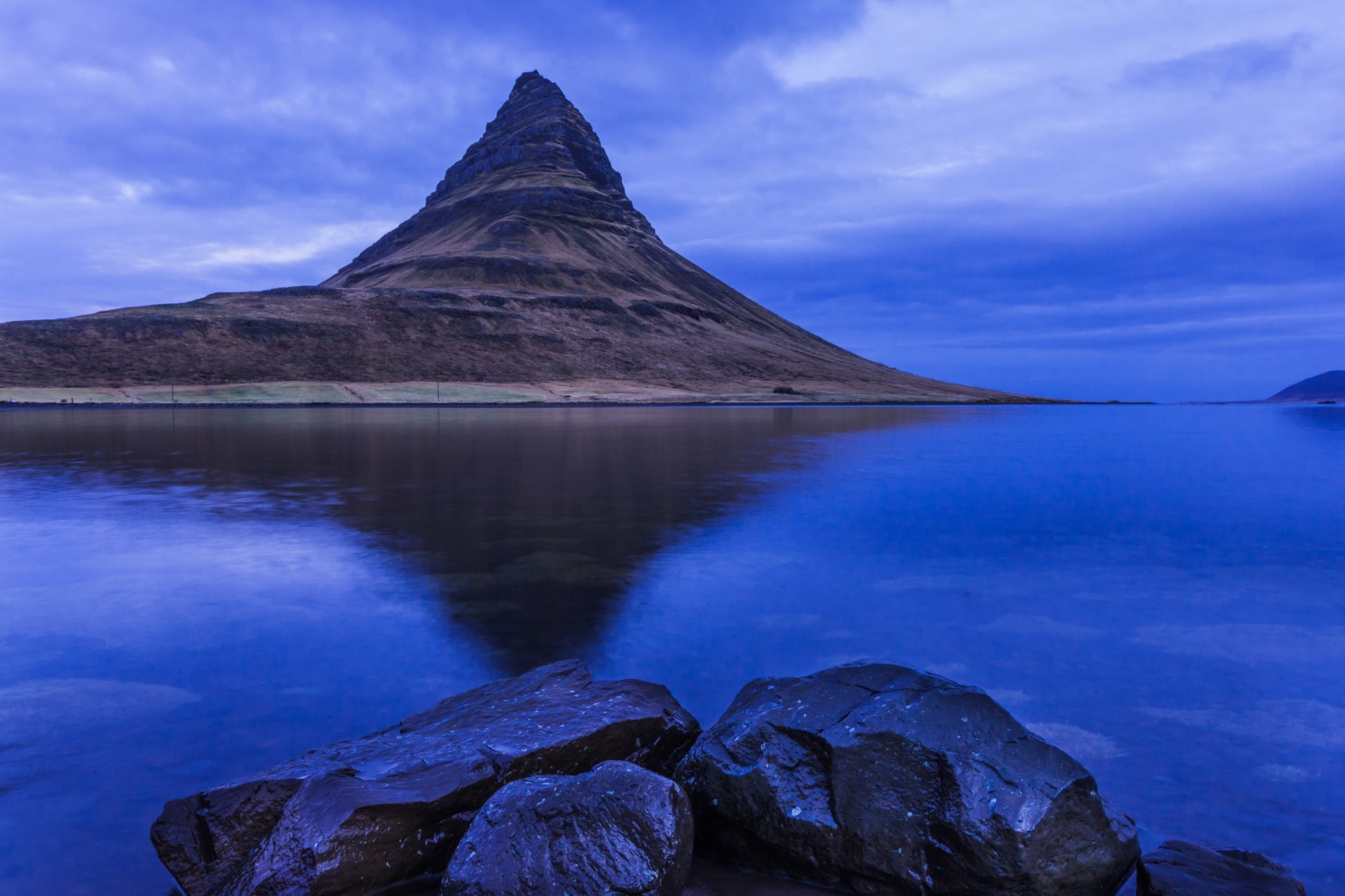 Main airport/s: Keflavik is the international airport. Reykjavik airport provides domestic flights and flights to Greenland and the Faroe Islands.

Both service the UK well.

Visa requirements: Iceland is a signed up member of the Schengen Agreement.

Language: The principle language of Iceland is Icelandic. English is widely spoken, as a compulsory subject at school. Danish is also taught in schools.

Weather: The Gulf Stream ensures that the climate of Iceland isn’t as severe as might be anticipated for a country partially inside the Arctic Circle. Early summer sees almost 24 hours of sunlight, though it is still cool rather than warm. Winter finds long, cold nights, but the chance of seeing the Northern Lights is a big attraction.

It can be wet and cool/cold at any time of the year, so layers of warm clothing and a waterproof jacket are recommended.

Water: The water in Iceland is drinkable. Although it often smells of sulphur it is some of the cleanest in the world.

Plane: Domestic flights are the principle form of public transport within the country, with small airfields scattered throughout the island.

Train: There isn’t any rail service in Iceland.

Bus: Buses are available during the summer months around the Ring Road, they can be more expensive than flying. It is possible to purchase a one to four week unlimited ticket which allows a breakable journey around the island until 1st September.

Car: Travelling by car is probably the easiest way to get around the island, the road surfaces are generally good, quiet outside the cities. Driving in winter is another prospect altogether with icy roads and snow blizzards.

SAD cars is a rental company based near Keflavik airport, offering well used, but reliable and good value vehicles.

Speed limits are 90 km/h on paved highways and 80 km/h on unpaved roads.

Budget: Bus Hostel is situated in the outskirts of the city, a good value, fantastically quirky hostel which is almost an attraction in itself. Great team.

Eating out: There are plenty of good restaurants in Reykjavik and the other main cities. Fast food chains are absent from the city centres preferring a pylsa (hot dog). Dishes are based on fish or lamb, with specialities such as whale meat or puffin also on offer for those so inclined.

Prices are generally expensive and budget diners need to shop around.

Nightlife: Reykjavik in particular has a lively party scene, with plenty of trendy or quirky bars. Be aware though in summer, Icelanders go out late and stay out late.

The Blue Lagoon is Iceland’s most popular attraction.

Gullfoss is just one of Iceland’s many spectacular waterfalls and part of the well-known Golden Circle tour.

Geysir is the namesake of all geysers, and although it’s currently silent it’s neighbour Strokkur erupts every few minutes. It is another attraction on the Golden Circle.

Þingvellir National Park is the final part of the Golden Circle, with a wonderful landscape and site of the world’s first parliament.

Vatnajökull Glacier is the largest glacier in Europe.

Jökulsárlón is the spectacular glacier lake and nearby beach located in South East Iceland.

Snæfellsjökull National Park is the stunning landscape which inspired the writing of Jules Verne.

The Aurora Borealis (Northern Lights) are visible throughout the winter months, for the best views get away from the bright lights of the cities.

Activities: Iceland is an outdoor adventure playground, with hiking, glacier crossing, mountain biking, rafting and even snorkelling in the Mid-Atlantic rift at Þingvellir.

Whale watching is available year round from Reykjavik and in the summer months from Húsavík. The best months are during the summer.

Connections: WiFi is available throughout the island at coffee shops, hotels and hostels. Local SIM cards can be purchased for mobile phones.

Iceland, the “Land of Fire and Ice” is a geothermal island partially located in the Arctic Circle, which in recent years has become extremely popular with travellers from all over the globe.


The rugged, stunning landscape is ideal for outdoor enthusiasts, providing ample opportunities to get out and enjoy the scenery in a variety of ways. Active volcanoes, vast glaciers, roadside geysers, spectacular waterfalls, chilly glacier lagoons, breath-taking fjords and stunning black sand beaches dotted with icebergs are just some of the almost surreal attractions.

It is a destination with a unique appeal. Friendly people, sturdy little horses and a fascinating Nordic culture away from the main city, and of course the chance of seeing the Northern Lights.

Tipping is not expected in Iceland.

Some Icelanders maybe pro-whaling, and may take a robust stance if challenged.

Shoes are usually removed when visiting an Icelanders home, if in doubt take them off.

Some Icelanders have their own folklore, they believe in little people, known as huldufólk, even claiming to have seen them. Don’t be rude, accept this.

There are two useful card schemes available to tourists, the two most significant being Norden Voyager Card, and the Reykjavik City Card, available from the tourism office.


Find time for a drink and a bite to eat in Kex Hostel, a bar in a biscuit factory, which serves local lagers and craft beers and good food, with a chance of some live music.