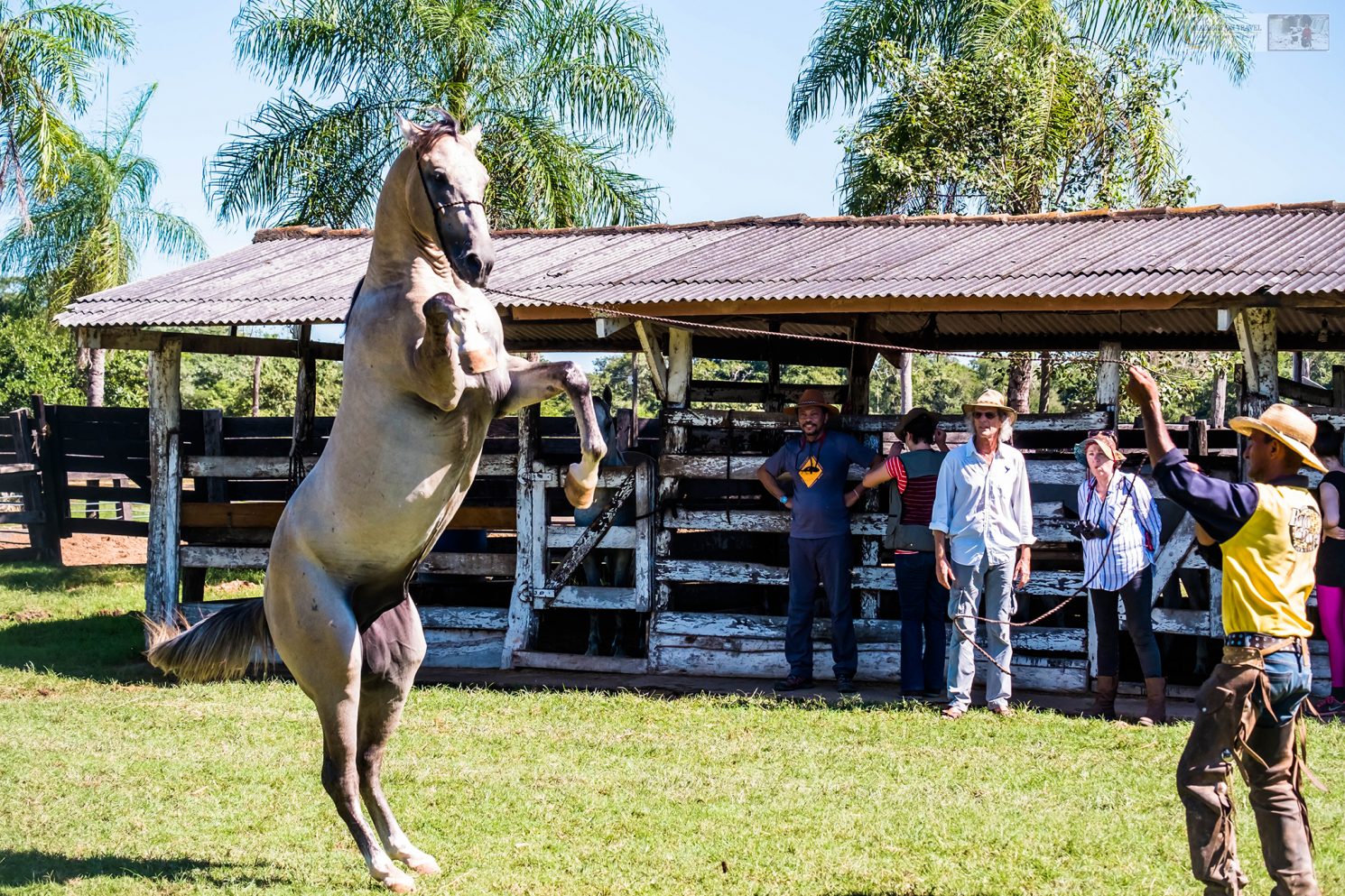 The first encounter with cowboys in the pantanal was a father and son rounding up cattle on our way to Mato Grosso wetland. Attempting to segregate a young calf which was being protected by the remainder of the herd, it appeared a game of chess, which the cows seemed to be winning. The cowboy was certainly experienced and his son eager but every time they tried to cut off the escape route of the calf, the cattle rallied round, surrounding the young cow.

We watched, photographed and spoke with them for several minutes, and yet, when we left they were no nearer to completing their task. Cattle one, cowboys nil. 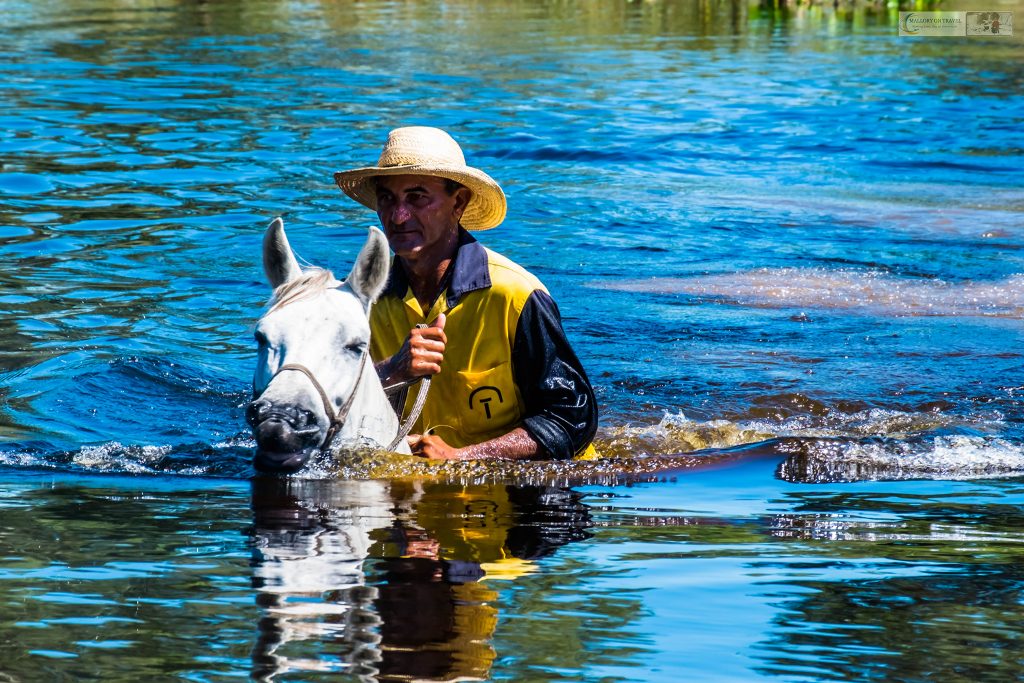 However, it was still an exciting experience to see real cowboys, riding horses, running cattle, wearing sombreros, even roping, intending to lasso the calf if the opportunity arose. Real cowboys, who live in the saddle, the stuff every young child dreams of. 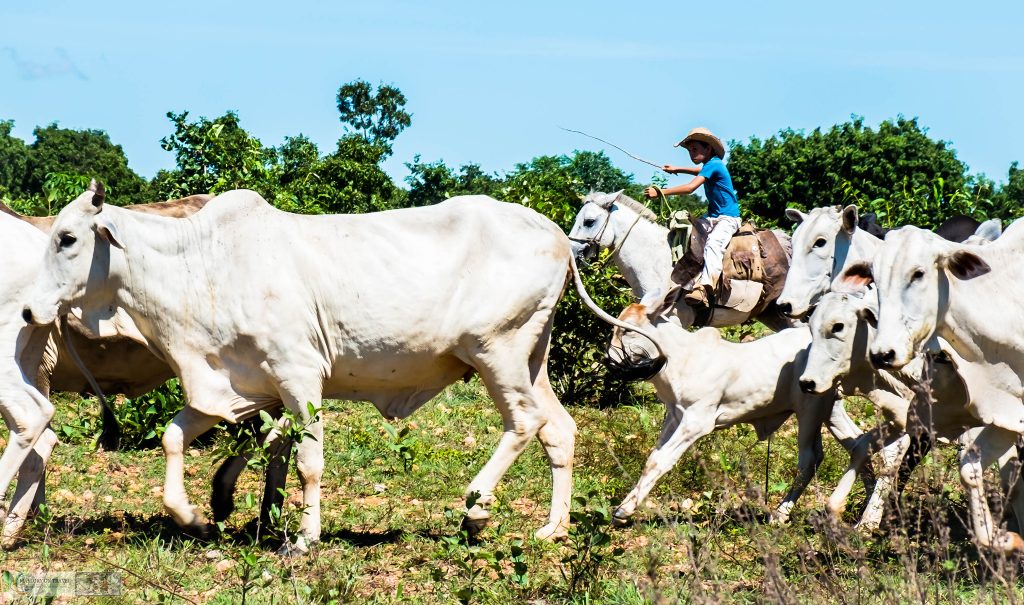 The following day, we had our second encounter at Araras Eco lodge. The owner, Andre seemed very proud of the horses which he breeds, with over 150 beautiful animals, most of which are bred for working on farms and lodges in the area. A select few will race in various endurance events and the most placid will be retained to use for riding tours with tourists in the surrounding wetland. 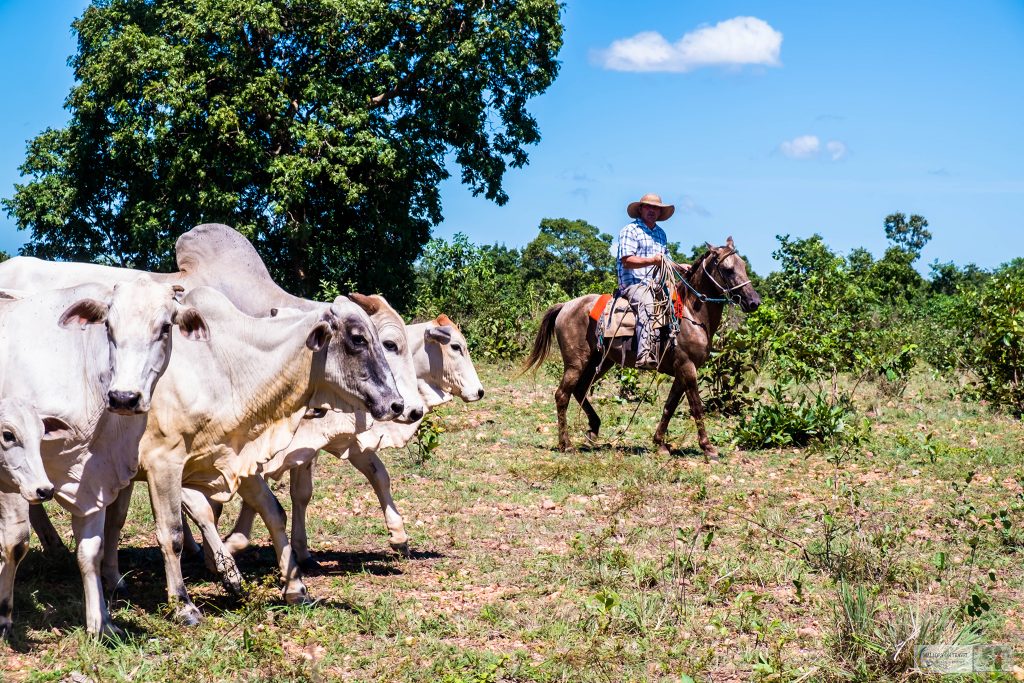 Do you wanna shout yeeha and sing “Rawhide”?

A great deal of time is invested in the training of the horses, so that when the time is right they can be sold at auction.

Andre’s chief horse whisperer, Gonḉalo may not look like Robert Redford, but his tactics appear the same. His approach when training the horses is not about breaking them, but taking small, gentle steps which allow him to gain the animals trust. 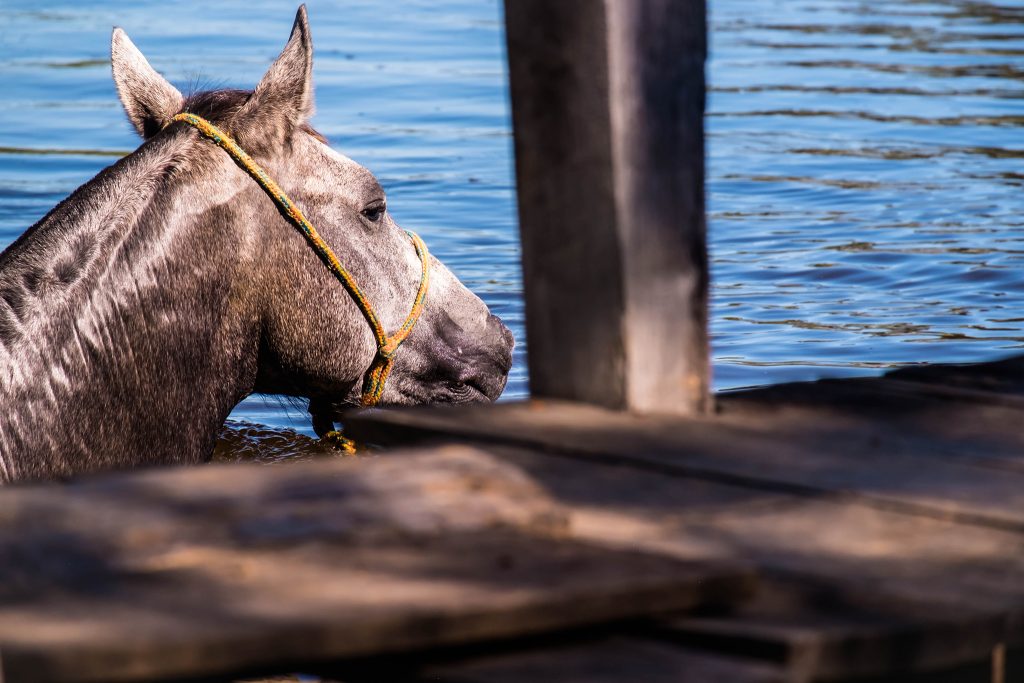 His rapport with the horses is evident, even the magnificent, but feisty stallion, Silencio. We were treated to a brief demonstration of Gonḉalo putting the stallion through his paces, exercising him for several minutes in a calm, but firm manner. 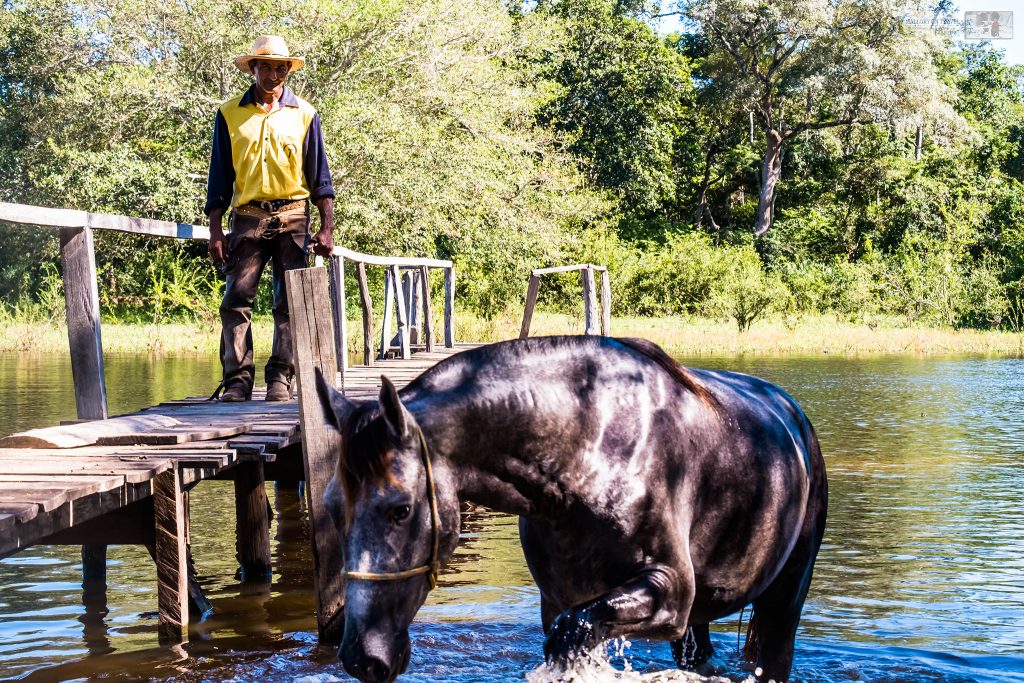 It was easy to imagine that this man, living a simple, uncomplicated life was totally unflappable, nothing seeming to stress him. Enjoying spending his days in the outdoors, the sun on his face, working with his treasured horses, with none of the distractions of the modern world to bother him.

Only caring for his family and beloved horses, the modern world probably only interrupting this when visitors like us arrive and the bills which even the most disconnected have to deal with. 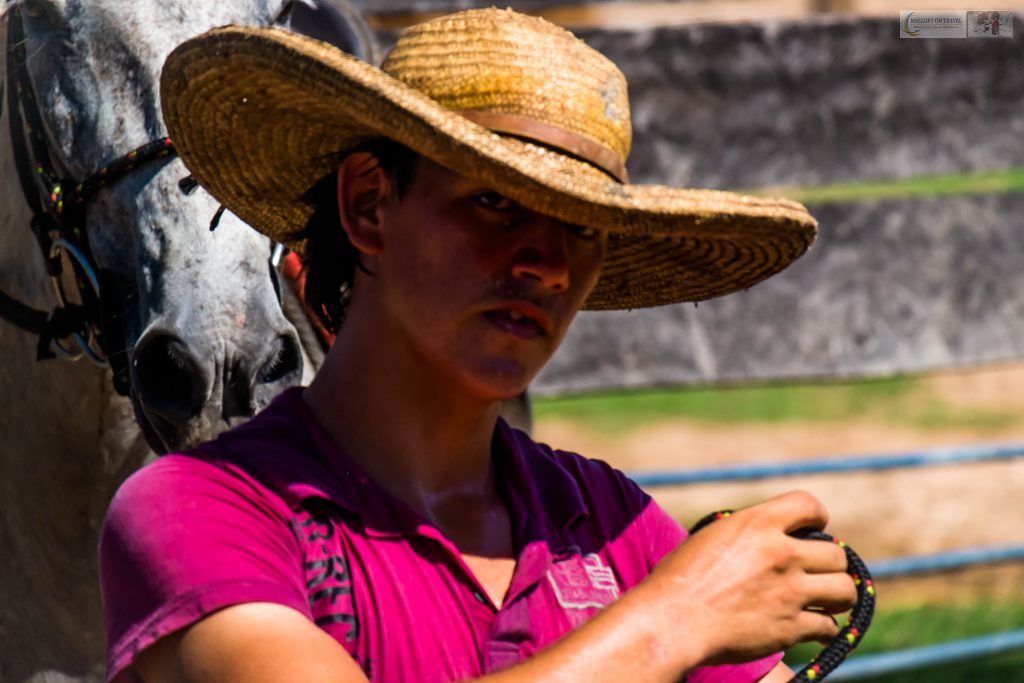 The Man with No Name?

Romanticising about the life of a cowboys isn’t difficult, the effect of Hollywood has captured the imagination of countless children, dreaming of a life in the saddle. Following herds of cattle for many months, driving them towards a distant market to sell. Drinking coffee brewed over an open fire, sleeping under the stars with a Winchester rifle close at hand. 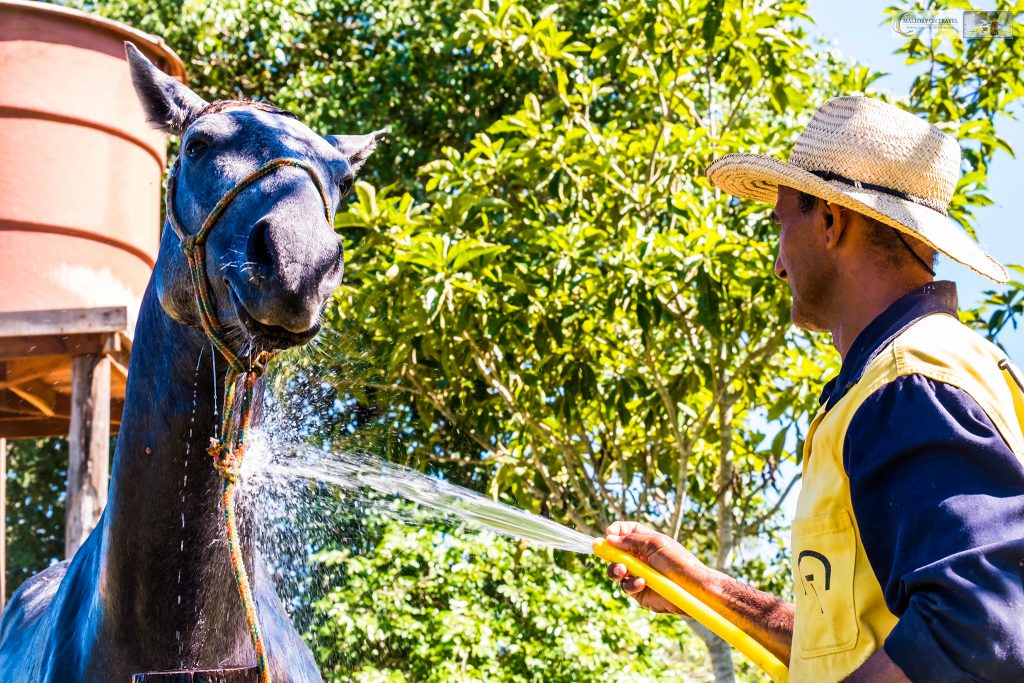 Those of us of a certain vintage will remember the famous Marlboro man; a cowboy that appeared so cool, he managed to convince generations that smoking was equally cool. It’s interesting to note that a new advertisement for e-cigarettes uses a woman flying a helicopter to round up cattle presents a modern twist on the original.

Stories of the wild west, with legendary names such as, Wyatt Earp, “Wild Bill” Hickok and Jesse James have inspired books, films and the dreams of many young boys in particular. 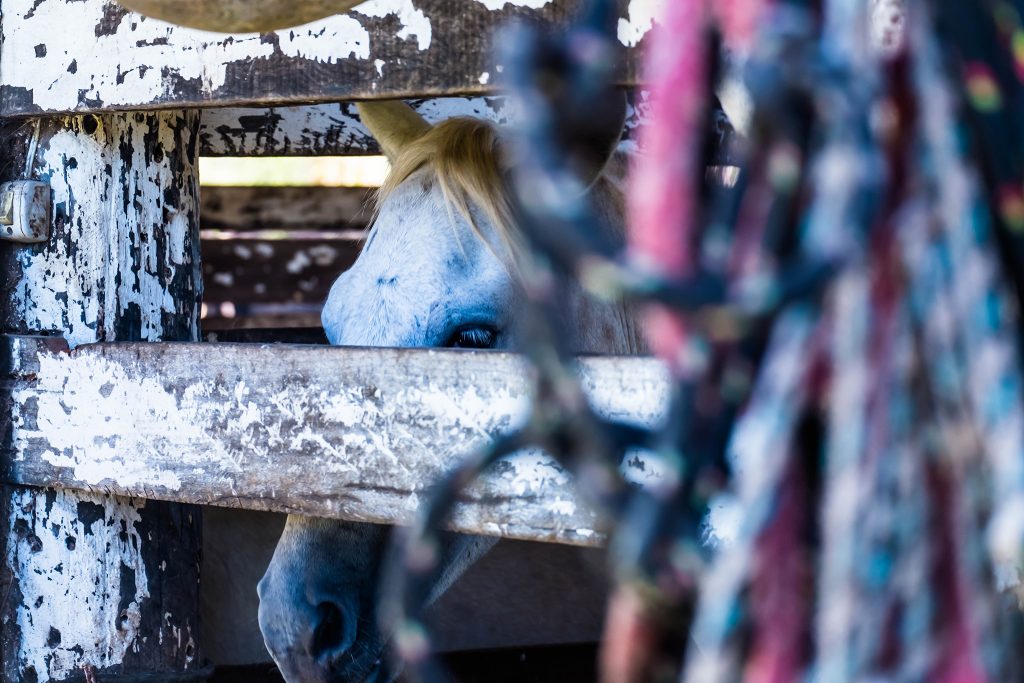 This may be a long way from the life of modern cowboys, here in the pantanal or on the huge ranches of North America or even Australia, but it’s still inspiring to witness up close. An evocative lifestyle, that still appeals to many of us even well into adulthood. 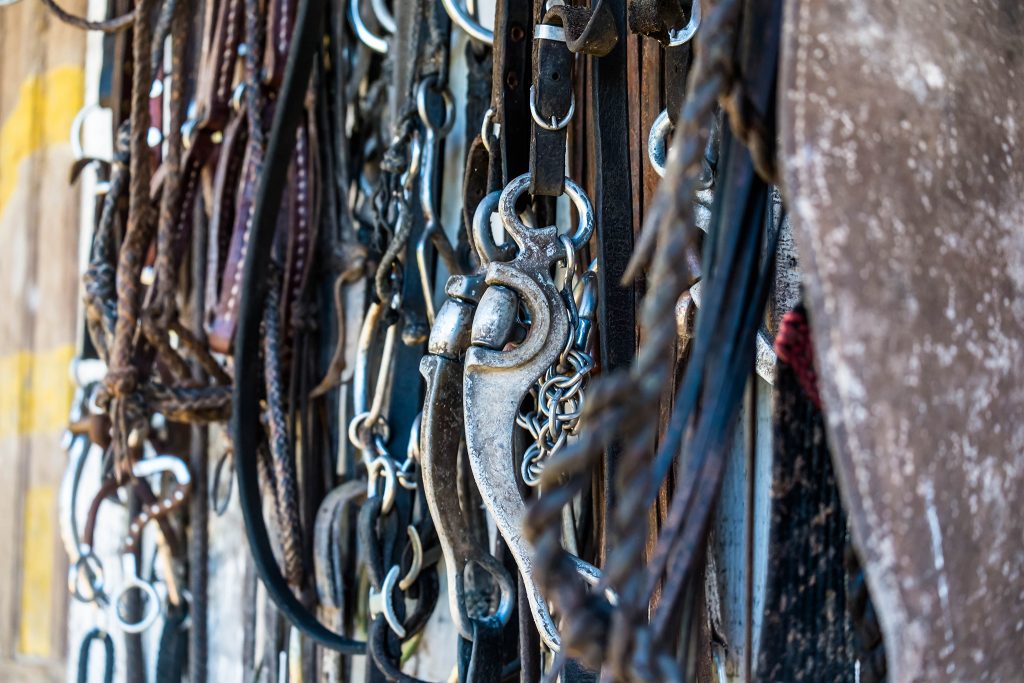 The paraphernalia of cowboy culture

It was a fascinating few hours in the company of the pantanal cowboys, soaking up the atmosphere of the stables, the textures, sights and sounds. The peeling, battered wood of the enclosures, the aroma of leather saddles, the metal stirrups and spurs, cold to the touch, with ropes and bits hanging all around the paddock.

All in the presence of Gonḉalo and his comrades, these quiet, unassuming men of the pantanal, genuine cowboys; the old Marlboro man looks slightly less cool now. 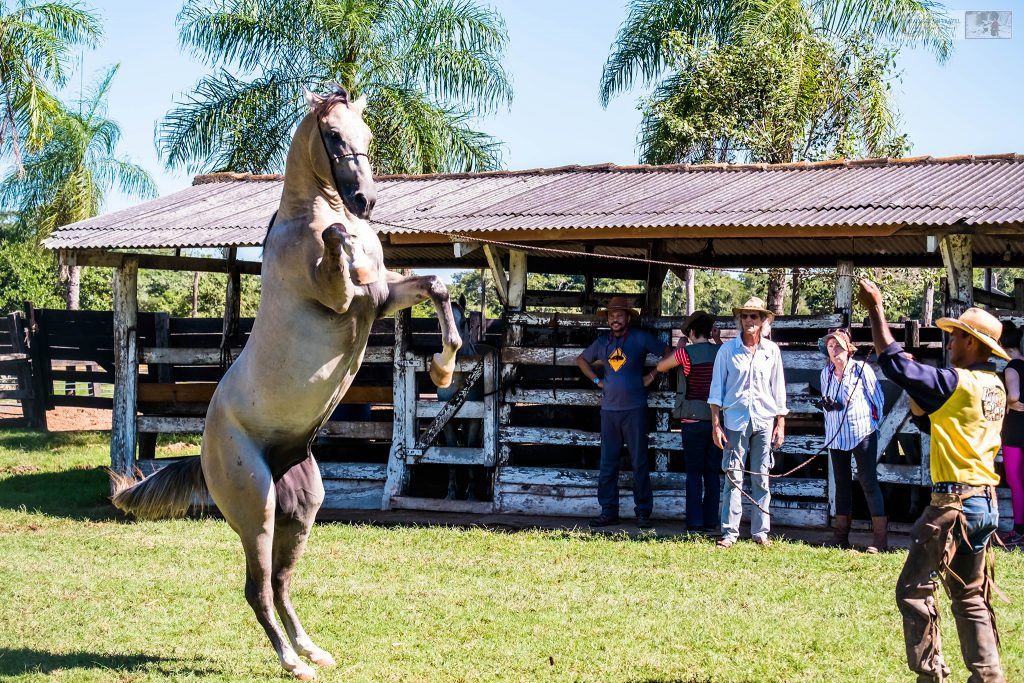