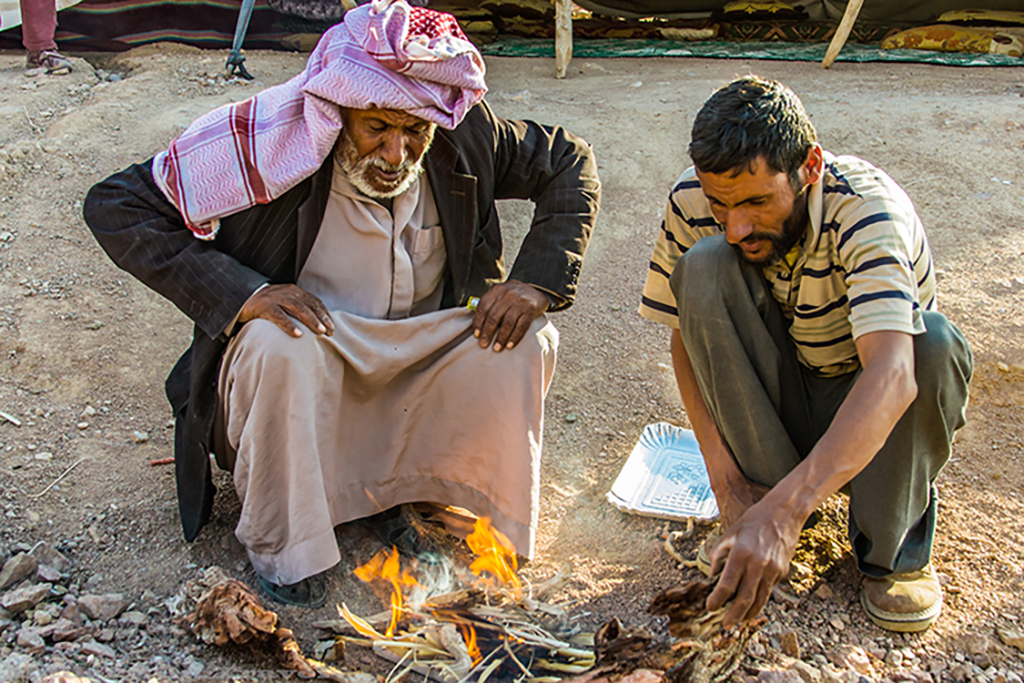 Fancy a coffee in a Bedouin camp in Jordan? Word of advice, give your hosts plenty of warning. 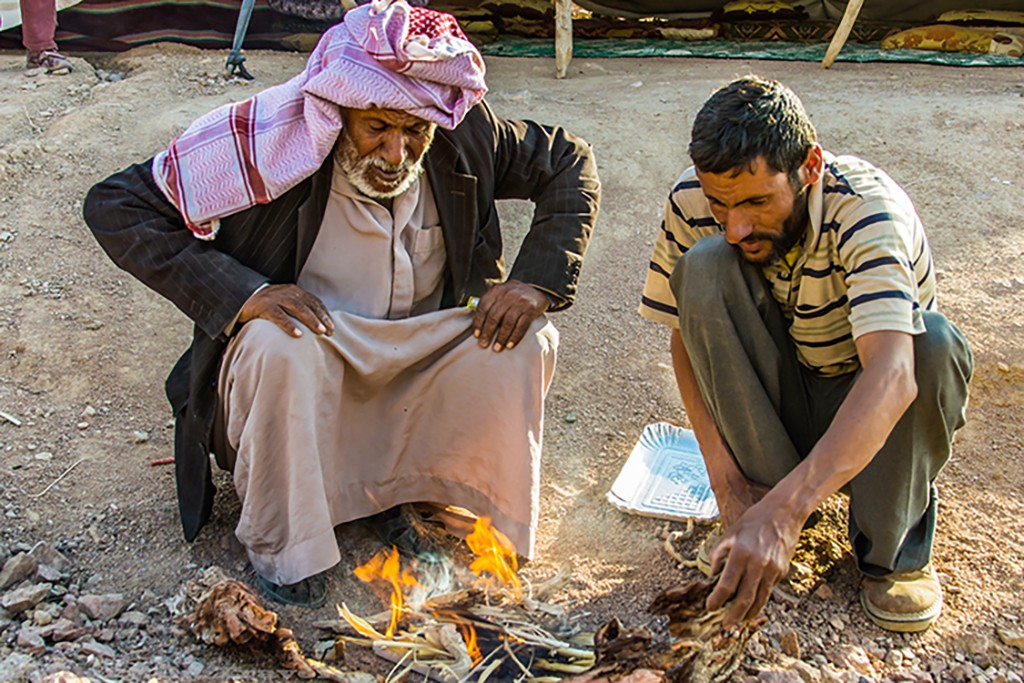 Read about my evening in a Bedouin camp in the Sahara desert here: Postcard from an Egyptian sunset

Coffee is a serious business for the Bedouins, they don’t mess around with Nescafe or other instant rubbish, so don’t expect a quick fix. As discovered on a recent trip to Jordan, coffee preparation takes time. The beans are roasted over a small open fire, crushed in a wooden mortar and pestle then heated in a battered, old pot. 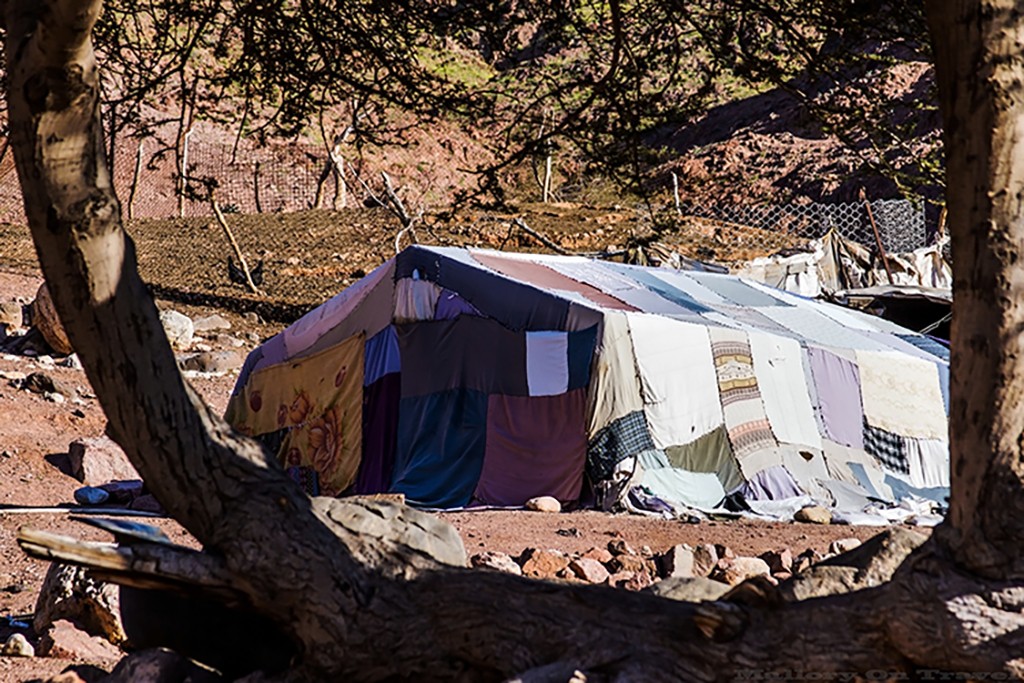 Invites for the women’s coffee morning must be sent out several days in advance, popping round for a brew and a natter isn’t really on the cards.

Even the drinking of coffee is a serious business, it is basically a ceremony, and is often used to discuss and resolve disputes between neighbours. Disagreements are decided over several beans of slowly, and carefully prepared coffee.

The parties in dispute sit down in the tent of a neighbour, with the senior family member, usually the eldest male receiving their coffee first. If there is an important matter to be discussed, one which requires resolution, they will not drink, but instead place the espresso sized cup down in front of them. It will not be sipped until the disagreement is settled. 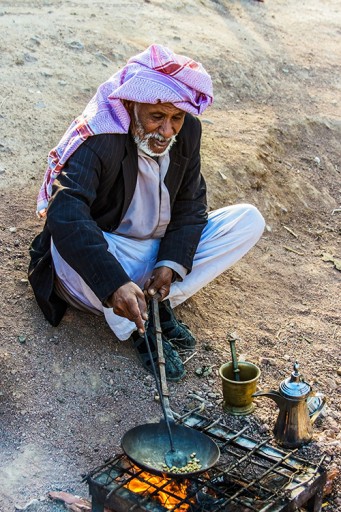 As it’s likely this may take several hours, possibly more, it seems the Bedouin drink a great deal of cold coffee!

Cultural immersion often seems like the Holy Grail to travellers, spending time in a foreign society, gaining some insight into their culture, attempting to understand their way of life and most importantly, hopefully learning from them.

Spending a few hours in a Bedouin camp in Jordan was an opportunity to learn about a nomadic society. While enjoying their hospitality, which is a way of life to the Bedouins, generosity to strangers plays a large part in their culture. Sharing their coffee, listening to stories of caring for family, livestock and crops, while learning how they bake bread or make butter and yoghurt.

Like any children when coffee club is in session needed to amuse themselves for a while, finishing chores such as feeding the sheep before playing without care, some challenging us to races up a small hill nearby.

I installed myself as the official photographer, but a few younger, more energetic group members took up the challenge; it should be mentioned, unsuccessfully.

Eventually, after a more than adequate caffeine fix it was time to leave. The chance for another Bedouin coffee beckons one day ….. just have to ensure they get plenty of notice. 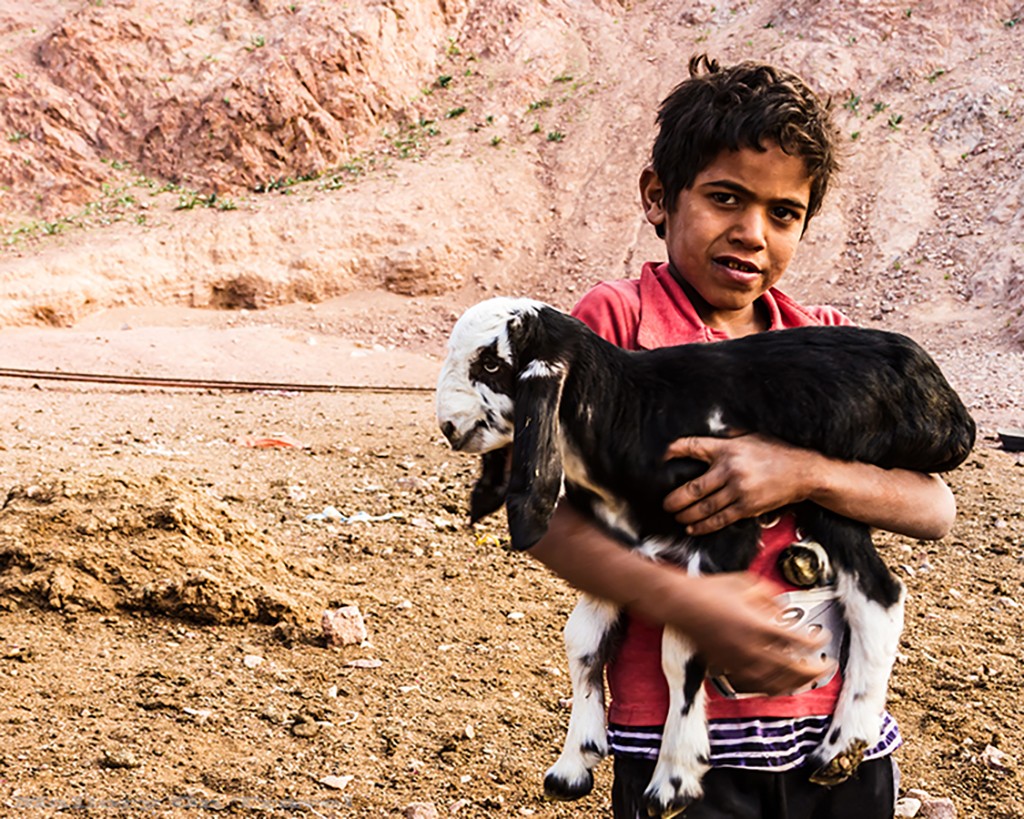 Taking care of the livestock