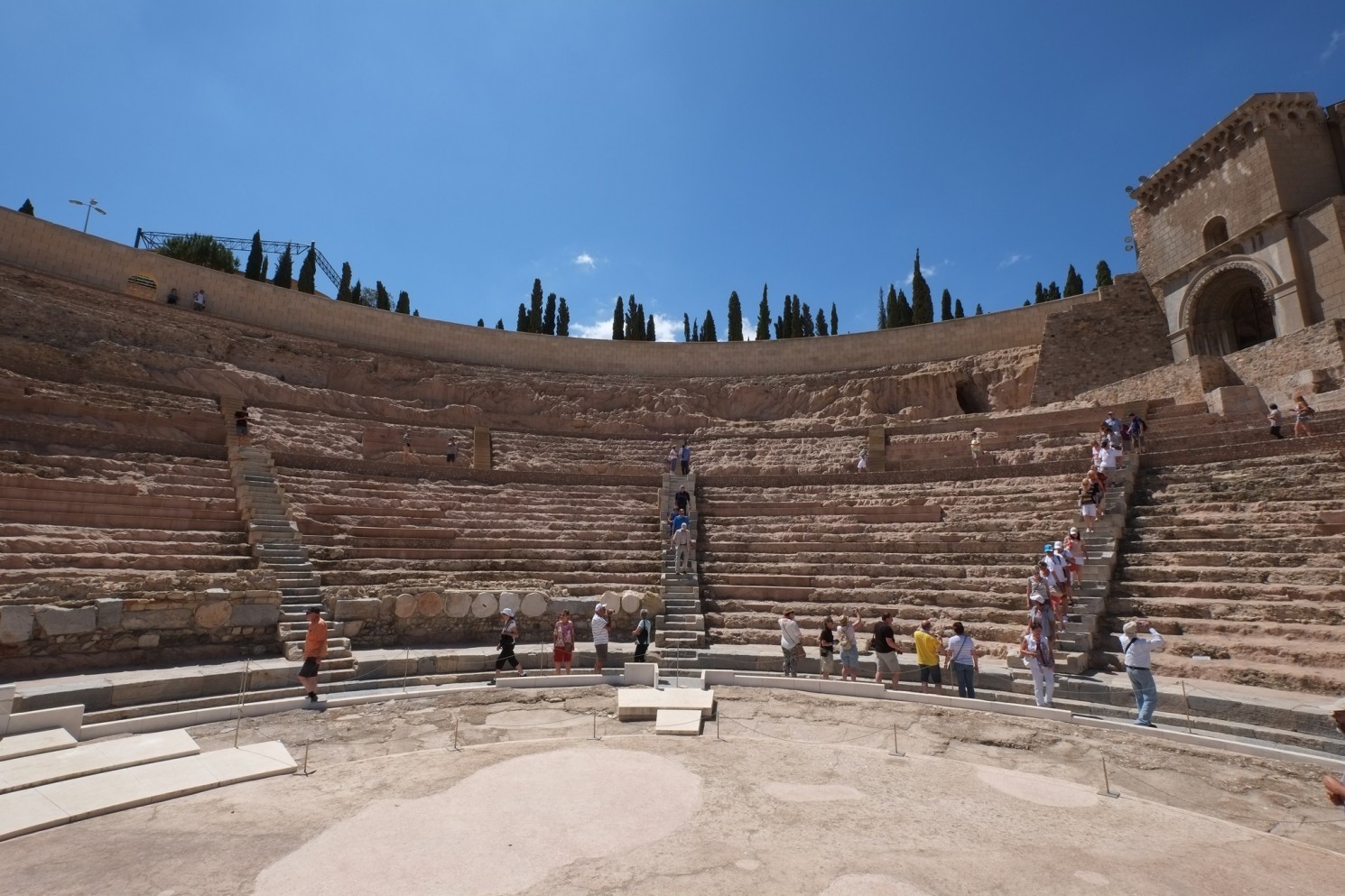 When first offered the opportunity to participate in trip to Costa Cálida, flying into Alicante, I had visions of the very things I’m really not fond of; budget destinations, over packed resorts, beer and chips, stag and hen parties…..

Nothing, and I mean nothing, could have been further from the truth! The flight had plenty of passengers looking to party, but all very good natured and once landed, we’d not see each other again, at least not before the return flight. 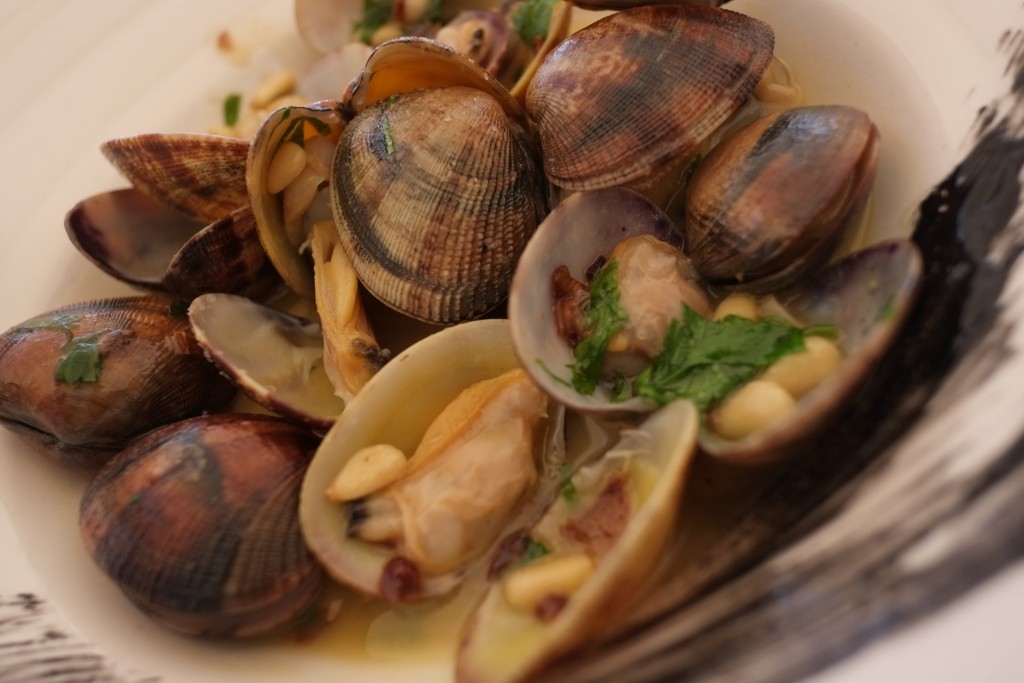 Costa Cálida translates as “Warm Coast” and is around 250 km of Mediterranean coastline, in the Spanish province of Murcia. As it averages less than 34 cm annually, the sun shining far more often than not, the name seems to fit.

On landing at Alicante we headed an hour South, where my first taste of Costa Cálida was the beach at La Manga. It’s possibly the only time on a media trip where the first activity was to kick off the shoes, get into swim wear and go for a walk on the beach.

Thanks Esther, what an introduction!

The northern end of this coastline includes the Mar Menor (“Lesser Sea“), a coastal saltwater lagoon which at around 170 square km. It is Europe’s largest and home to the most gorgeous little seahorses which are protected. 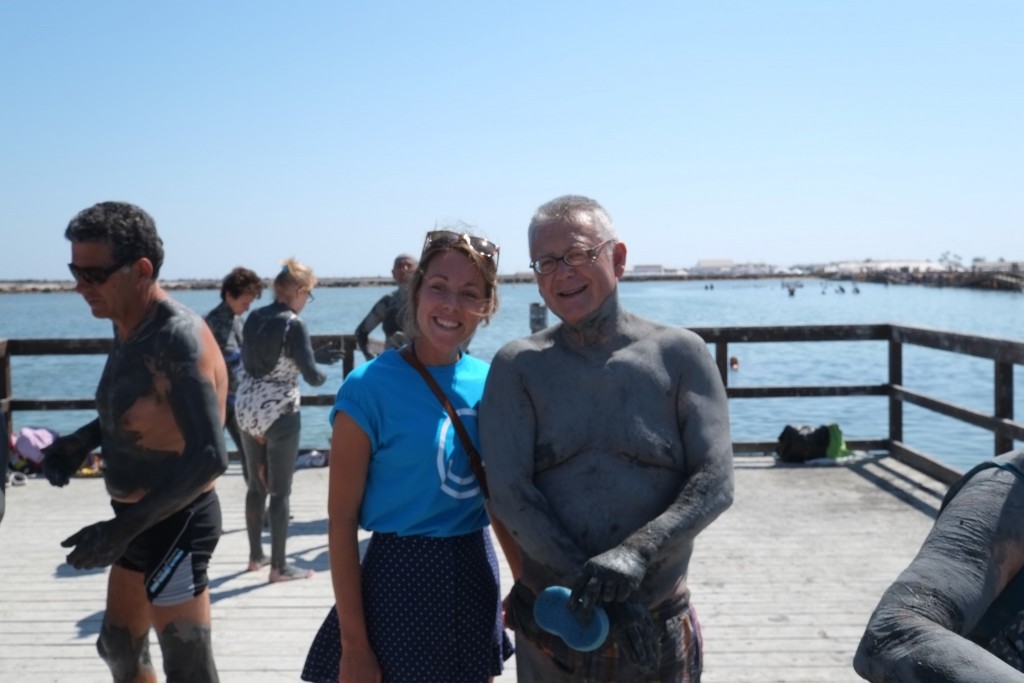 The Mar Menor is separated from the Mediterranean by a 22 km-long spit of land known as La Manga. It is here most of the tourism development for the region has been constructed. However, it is spacious, airy and easy to relax there. Not at all what I expected from an area developed purely for tourism.

Meeting up with the remainder of the group and heading for lunch. 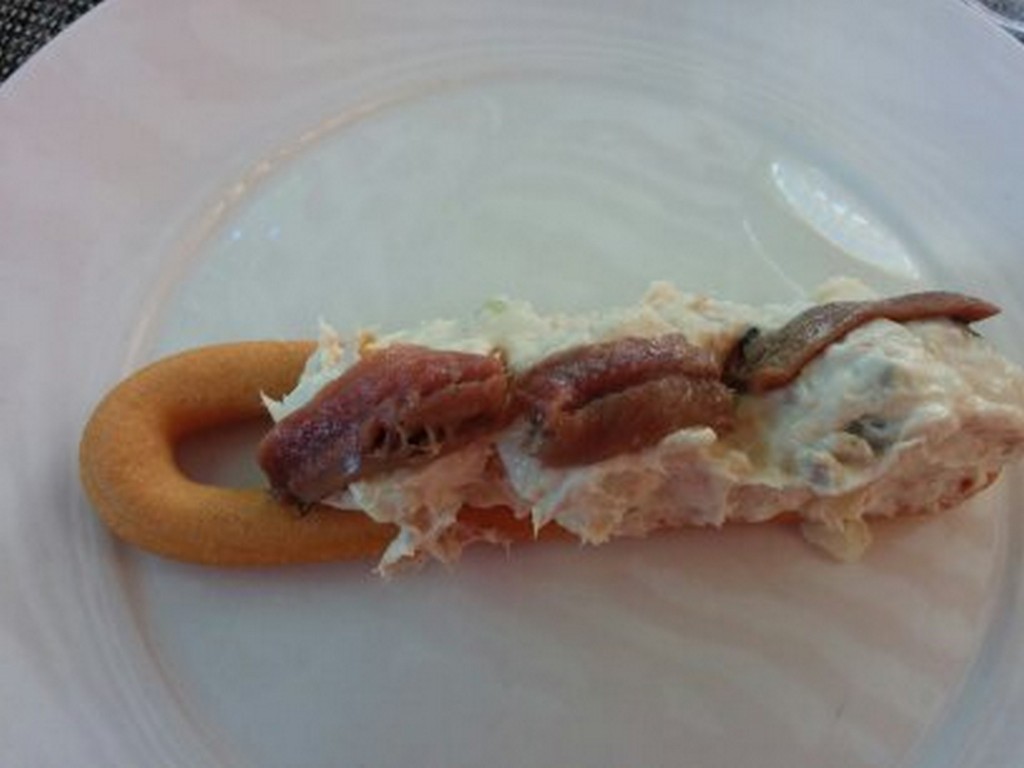 Being on the Mediterranean coast the regional diet is heavily influenced by the sea. So it didn’t come as any surprise that we consumed our fair share of seafood on the trip. It is so much more than just fuel for the body, eating in this part of the world is a cultural event, a chance to engage with family and friends.

All produce appears extremely fresh, and is also very healthy. This area is also known as the “Garden of Spain”, a belt of land that runs to the sea between two rivers. A sheltered valley, like a natural greenhouse, providing excellent fresh produce.

The food tastes divine, but with all that lovely, fresh and tasty food on offer, it is necessary to exercise too!

Walking and swimming are easy and natural activities in this part of the world, the pace of life relaxed. It’s a simple matter to step outside the hotel and walk for miles on the smooth sandy beaches. A dip into the warm, inviting waters of the Mediterranean Sea is likely to be tempting too.

Get the timing right, and finish the day, just watching the sun go down from the beach.

The next part of the journey involved visits to Murcia and Cartagena; the capital and second cities of the region. 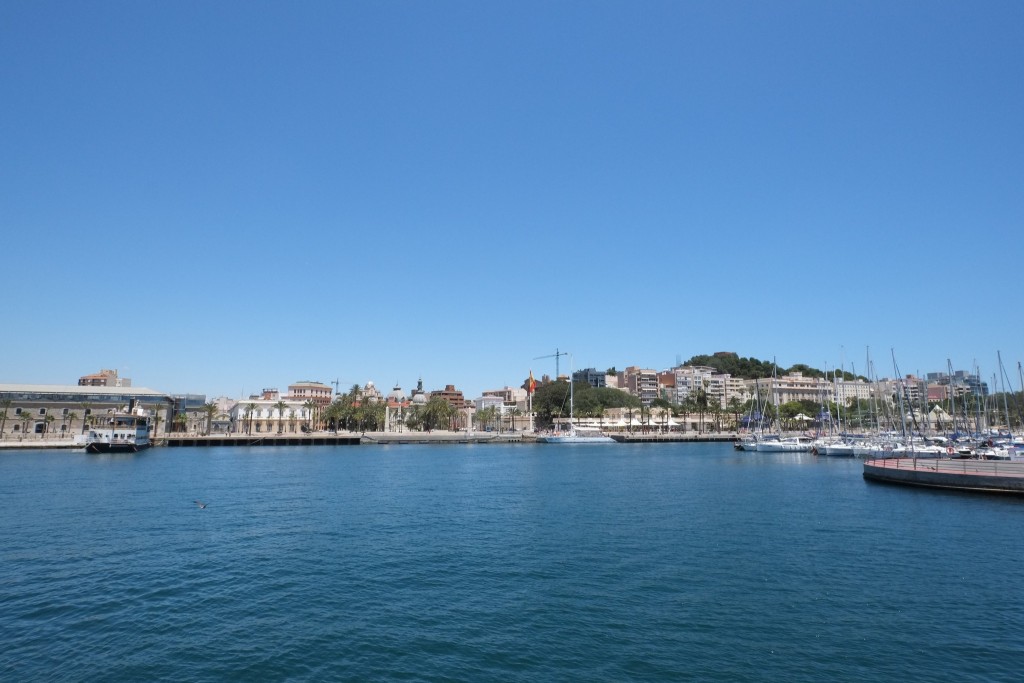 The naval port of Cartagena

Cartagena in particular is rich in history, as one of the most important naval ports in Spain. It traditionally guards a stretch of the Spanish coastline, holding prominence for many centuries. The history of the city is still being discovered, as there are several working archaeological sites spread around urban area.

It’s not every destination you visit, that someone doing home improvements, starts digging up the garden for foundations and discovered an amphitheatre! 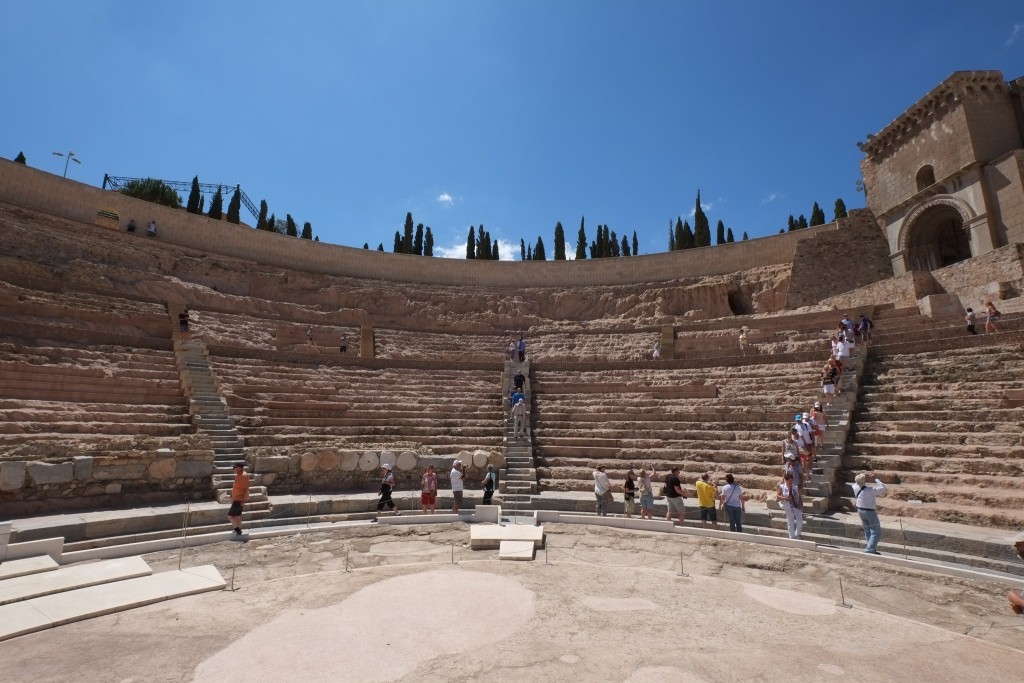 It’s still difficult to resist shooting the more modern architecture across the street too.

The towns are typically Spanish, well maintained and fabulously clean, though the stonework underfoot is positively gleaming in stunning marble! 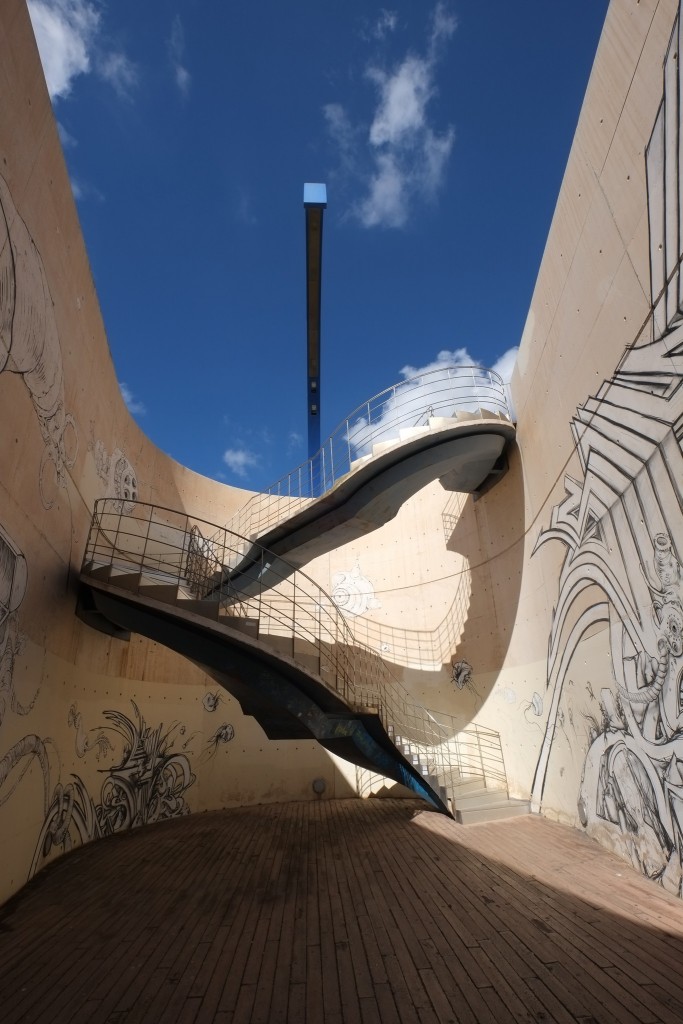 The aromas of lunchtime tapas drifts from the multitude of cafes and bars, any vacant tables tempting shoppers and tourists to stop a while and enjoy the local cuisine.

Then on the final day, we visited somewhere a bit special, in Archena;

The “Balneario de Archena” translates as the “Baths of Archena”. The baths are formed from ancient hot springs, with mineral infused mud. We were initially treated to a tour of the facilities and the next morning had an appointment with a tray of hot mud!

The mud is applied to the joints, hands and feet and before wrapping up and being allowed to ‘cook’ for a while. It’s prescribed as a treatment for arthritis and other joint ailments and it certainly feels rather fabulous.

The treatment was followed by a swim in the outdoor pool and a spell in the Jacuzzi, leaving us all kinds of sorted. 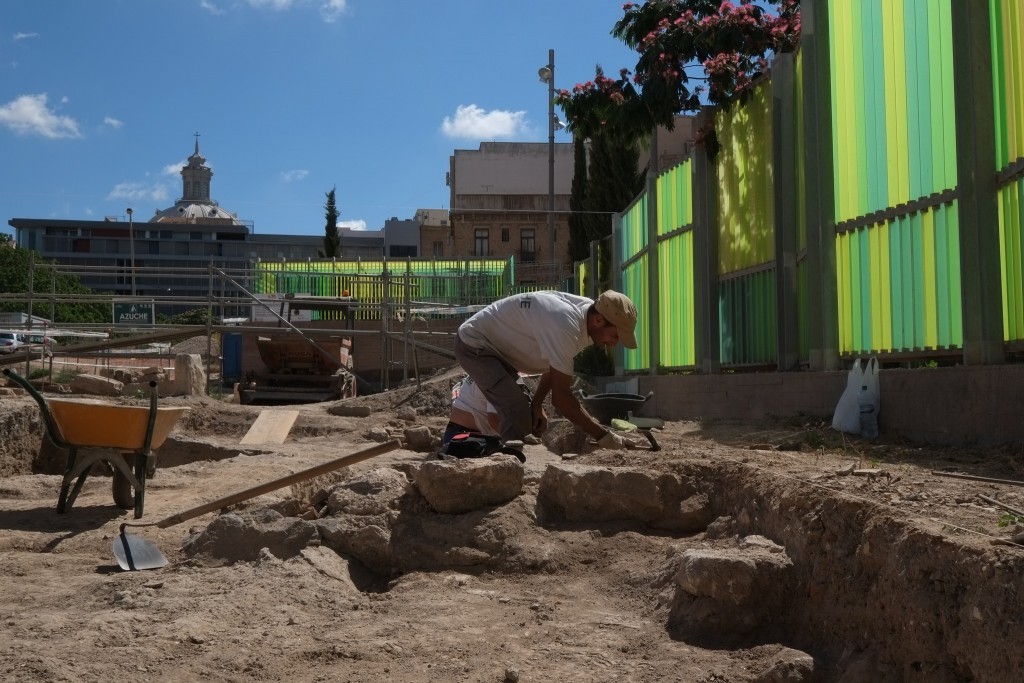 There was also the opportunity to try some free mud therapy nearby and we took a walk down to see the locals fill buckets of mud before liberally applying it to each other’ It seemed like a great way to pass an afternoon, thankfully showers are also provided. Even more thankfully, there are no photos of me covered in mud in circulation!

One final chance of adventure, was taking the kayaks out into the bay at La Manga and before a final meal together before heading home.

A little more about the cuisine from the area, as food is a big deal here! Seafood features a great deal on the menus of the restaurants, and creatively too. Many dishes with squid and bass as well as the local dish of Caldera; named after the cast iron pot it is cooked and served in. It’s a kind of seafood risotto crossed with a soup/stew and is quite delicious.

Hours of sunshine, mountains of good food, miles of fabulous beaches, some great walking and swimming..

There is also some excellent diving and other water sports, though just relaxing is possibly the biggest draw. Costa Calida certainly surprised me, the area has much more to offer than beer and chips!.

Funnily enough, I was reunited with the party goers on the return flight home, feeling relaxed and refreshed…….. however, they seemed exhausted, sleeping through the flight! 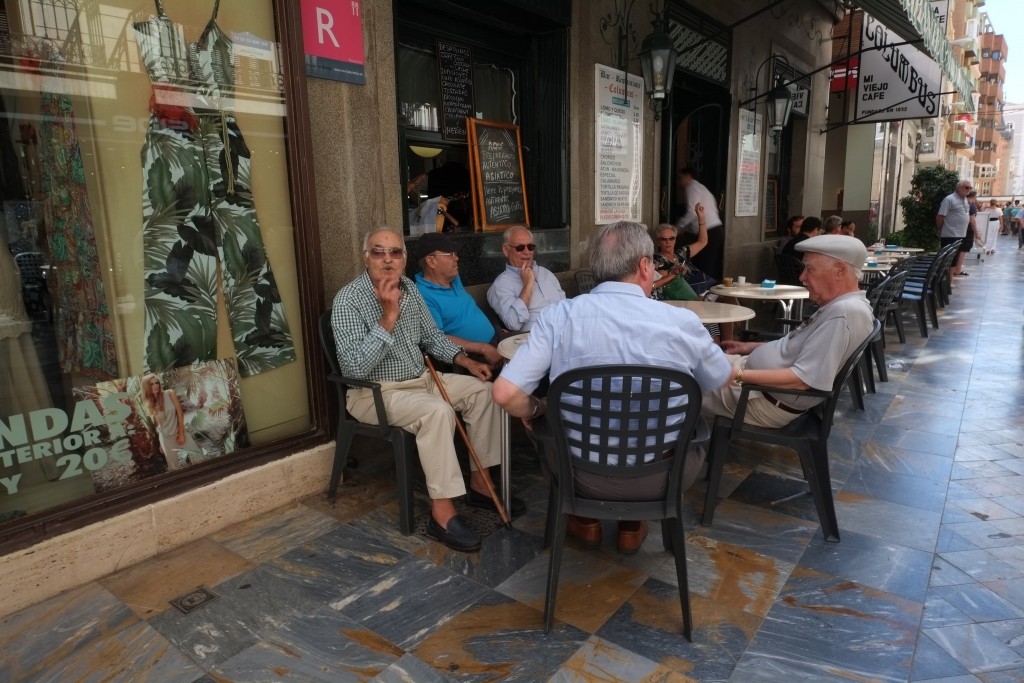