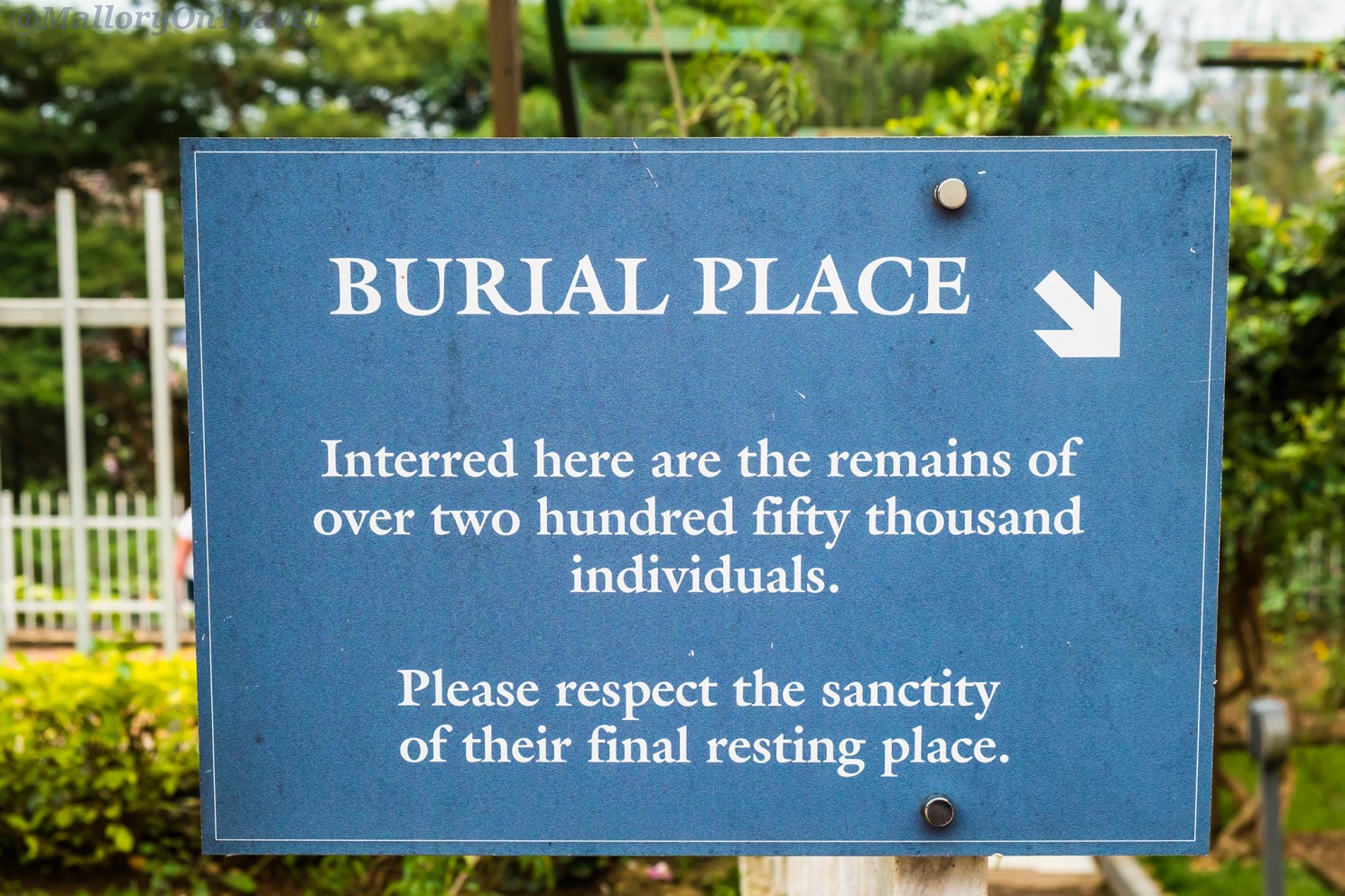 The entrance to the Kigali Genocide Memorial Centre appears a quite non-descript building, belying the powerful story held within the grey, almost porta cabin walls of the centre. The basic details of the genocide are probably well known to many, but watching the videos, hearing the testimonies of survivors and reading the graphic, harrowing narratives bring the story home in a powerful, emotive manner. 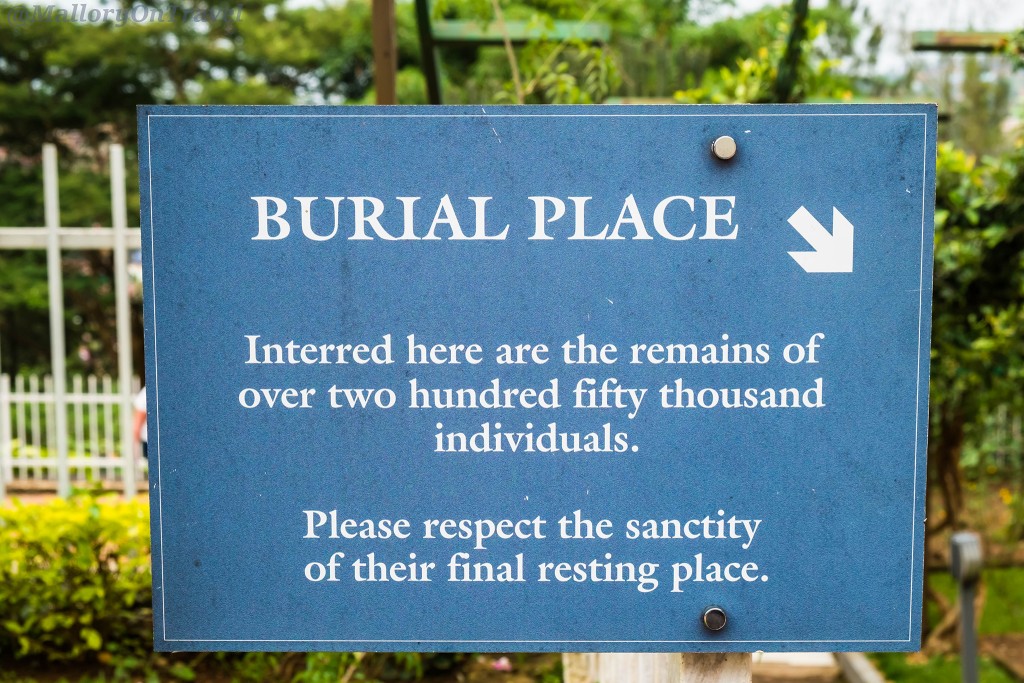 The story of the Rwanda Genocide seems to demonstrate the worst and best qualities of humanity. That the majority Hutu controlled Habyarimana government was able to incite hatred, and paranoia invoking unimaginable acts of violence. Causing friends to murder friends, godfathers to kill godchildren and even family members were compelled to mutilate or torture family; almost impossible to comprehend. The weapons of choice were usually machetes or clubs, the aim was to inflict as much pain and suffering as possible, the relief of death rarely coming quickly.

Estimates vary, but in four months, from April to July, 1994 between 800 thousand and one million people were brutally murdered, the majority Tutsis. This was ethnic cleansing on a holocaust scale, and was even known by some Hutu extremists as the “Tutsi Last Solution“. 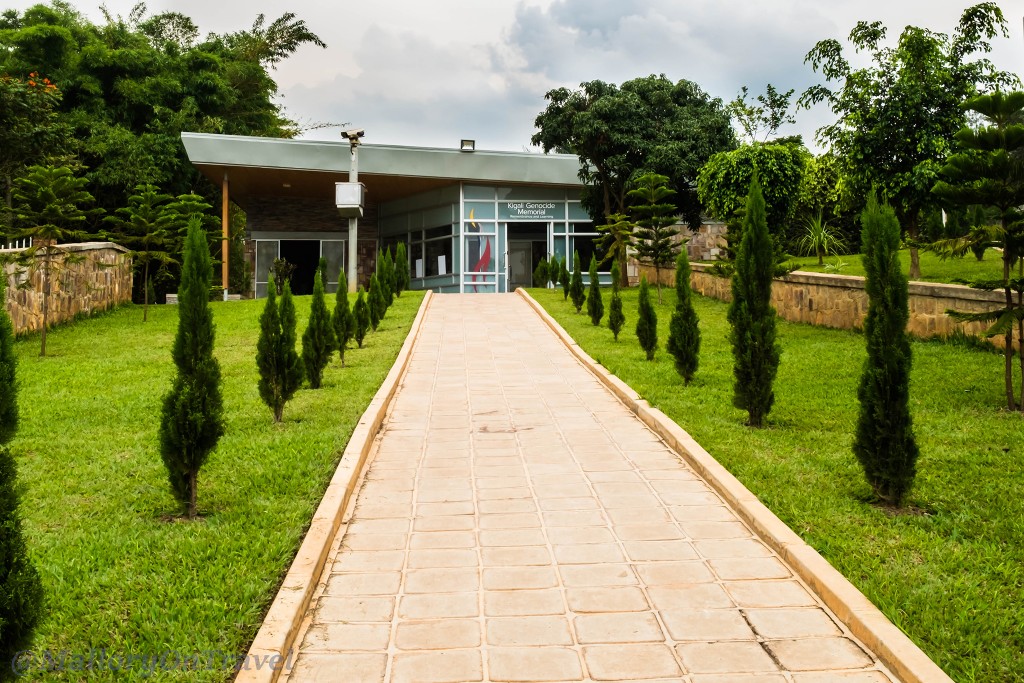 The reasons behind the hatred were long standing, dating back to Belgian rule after World War II, when the ruling Europeans favoured the minority Tutsis, attempting to establish a Tutsi aristocracy. This led to ethnic injustice, amounting to apartheid, eventually in the late 1950s the Hutu majority rebelled against oppression, resulting in victory and eventual independence from Belgium in July, 1962.

“between 800 thousand and one million people were brutally murdered”

Hundreds of thousands of Tutsis were forced to evacuate the country, and a militia force was formed in exile; the Rwandese Patriotic Front (RPF). 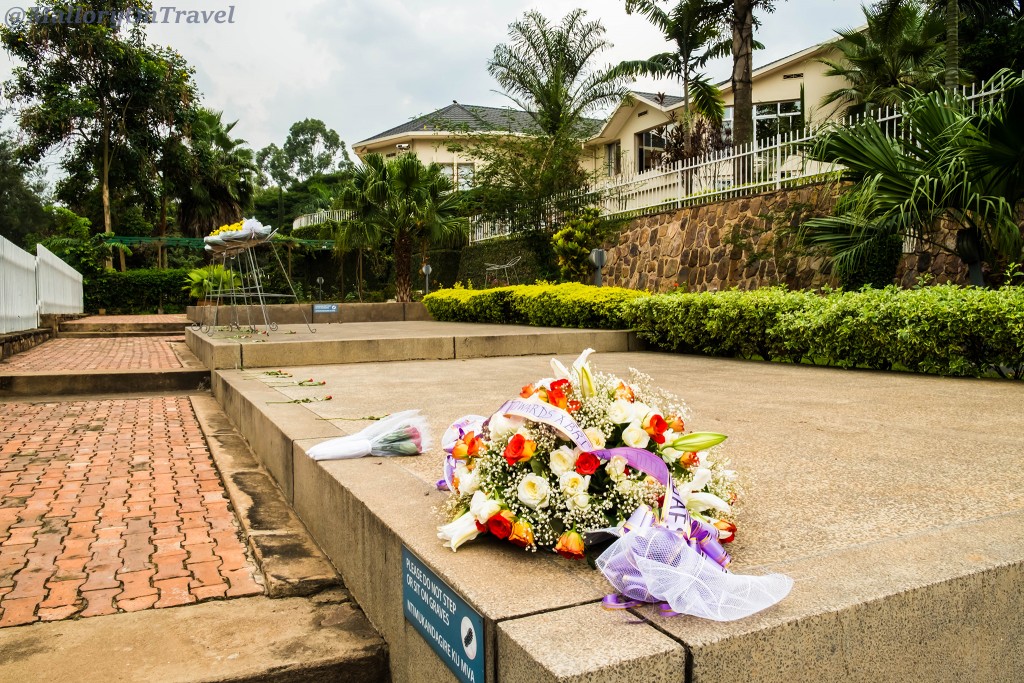 Tensions continued to simmer in Rwanda and sporadic ethnic violence peppered the next few decades, the oppressed became the oppressors, there was even a Hutu Ten Commandments.

It culminated in one hundred days of the Rwandan Genocide, where neighbour turned on neighbour, infants were forced to watch their mothers being gang raped, their parents being mutilated and hacked or clubbed to death, and children witnessed the murder of the siblings. Hutu women married to Tutsi men were raped and HIV infected members of the Hutu militia were used as weapons of extermination.

By early July, when the returning RPF eventually wrestled control from the Hutu controlled government, up to one million people lay dead, mutilated in gutters of Kigali and throughout the country; Rwanda was dead!

The rest of the world stood by on the side-lines throughout the atrocities, without the resolve to do anything, by the time the United Nations finally reacted and sent additional peacekeeping troops into Rwanda the fighting was already over. Even a French humanitarian force approved by the UN, based in the south west which saved thousands of Tutsis, is also alleged to have assisted some of the perpetrators to escape, alleged allies from the Habyarimana regime.

It is shameful that the UN at best did too little too late, but in reality did almost nothing, it puts into question the resolve of an organisation, which only seems empowered to act when the interests of the major world powers are involved.

It is not the intention to provide a history lesson, however it seems important to provide the background which led to the building of the memorial centre. 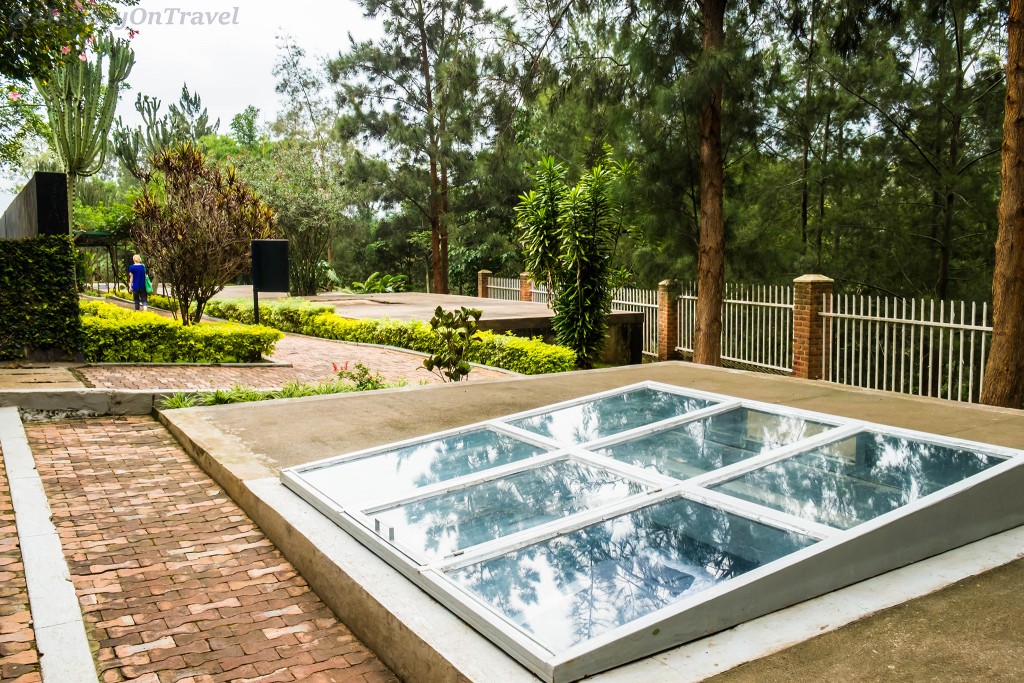 In the aftermath of the killings, there was a need for justice, and although there was an International Criminal Tribunal established in Tanzania, it seems that the village Gacaca courts provided the most successful route to reconciliation. A community justice system which basically means “justice amongst the grass“, was adjudicated by amateur, specially trained judges and village elders.

This system enabled the quick trial and judgement of alleged perpetrators, and over the following decade 12,000 community courts tried approximately 1.2 million cases. Any normal judiciary system would have collapsed under the strain. In the same period the International Criminal Tribunal indicted just 93 cases, only sentencing 61.

“Justice was seen to be being done, and Rwanda was healing!”

The memorial centre doesn’t pull any punches; visitors are encouraged to watch a heart wrenching video of first-hand accounts from survivors. Three people tell the harrowing details of their personal experiences, recounting how family friends and even godparents turned on their parents and siblings. They also explain what the memorial means to them, a place they can remember their loved ones, where they can feel close to them, it’s a powerful and emotive film.

Walking silently through the centre, there are numerous graphic images to contemplate, with even more descriptive narratives telling the story in uncompromising short passages. There are also a number of other videos providing further testimony and a particularly gruesome film showing mutilated corpses lying in the gutters and streets. I didn’t feel it necessary to watch too much of this, though it provides a stark reminder of the inhumane acts our species is capable of. 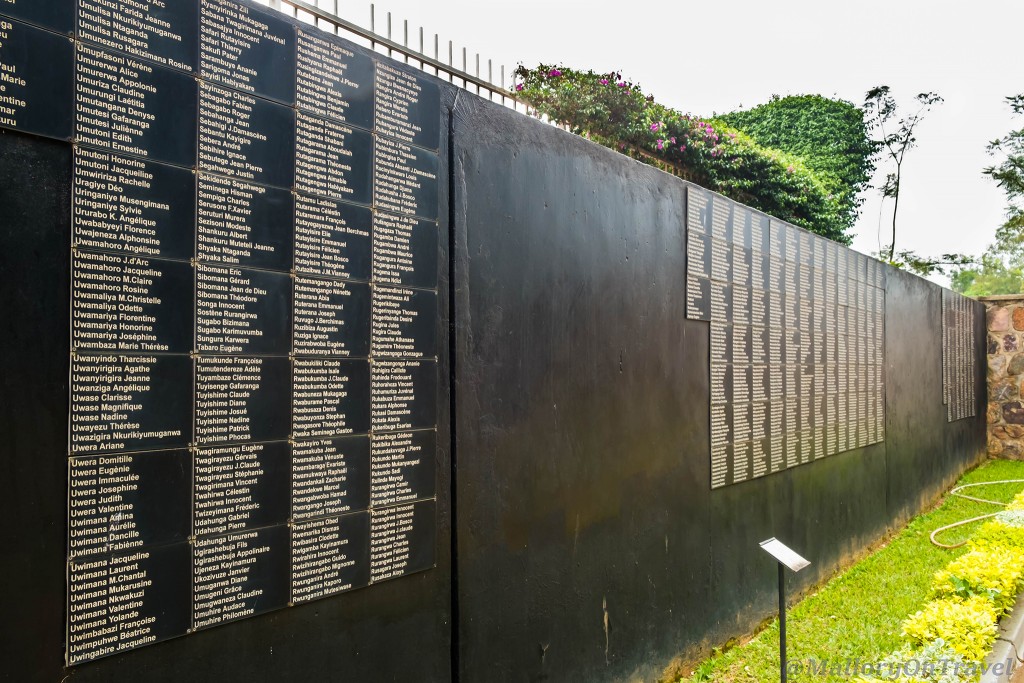 Lists of the lost

The exhibits are arranged around a central “genocide” sculpture. Moving through the centre, it begins to tell the story of reconciliation, explaining the justice system, how many orphans were cared for by various communities and Rwanda was rejuvenated.

Outside there are covered and open mass graves, engraved memorial stones, rose gardens for some solitude to reflect in, and a small outdoor amphitheatre all within sight of Kigali city.

I challenge anybody not to be profoundly affected by this memorial centre. It is not a place to be rushed, allow plenty of time to absorb, possibly making a donation and visiting the coffee shop to reflect and compose yourself before leaving. Our group was only able to visit for a short time due to a prearranged appointment, this was my only regret of an amazing experience in Rwanda.

Earlier I mentioned that the Rwandan Genocide exposed the worst and best of humanity, so what about the best?

Remarkable and disturbing though it may be that in this short period of time friends could be persuaded to massacre neighbours, even more remarkable is the manner in which the country has handled the aftermath.

Driving around Rwanda it feels an extremely safe and stable country, two decades later there are not any signs of animosity or resentment to the perpetrators, in 2003 the country adopted a new constitution which eliminated any reference to ethnicity.

Many of the perpetrators have been released now, they walk the streets and live in houses in the same villages as their victims

We witnessed those convicted of crimes involved with the genocide working alongside villagers in the fields growing and harvesting crops. Our guides are old enough to remember, and as everybody is alleged to have lost somebody, so were undoubtedly affected. Our driver Patrick, was open and honest, relating the history without malice, although we did not push him regarding his personal history. 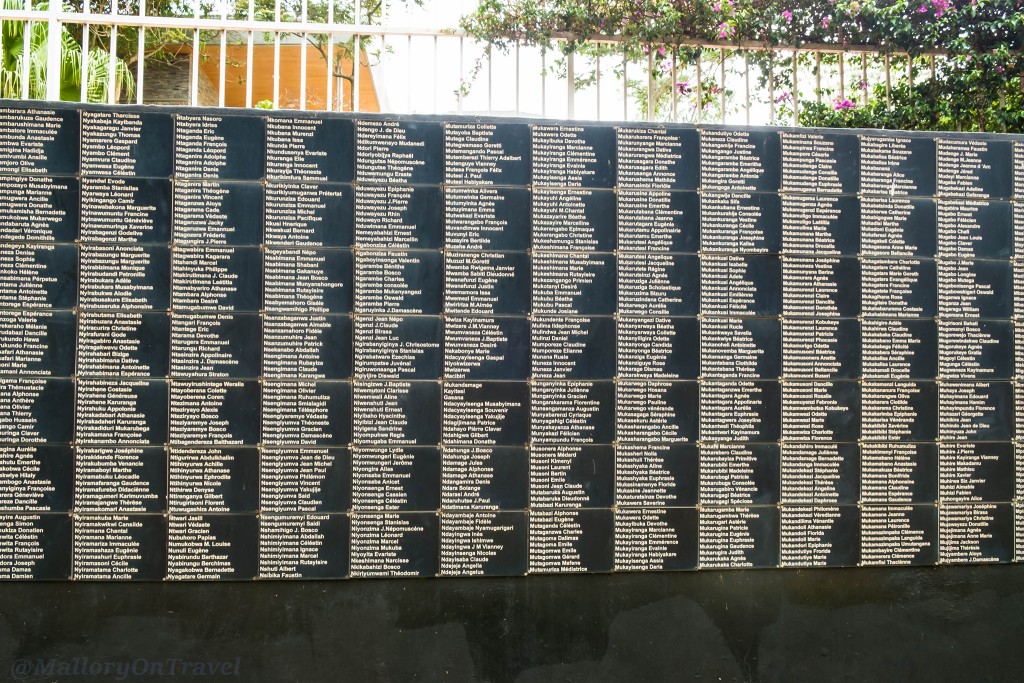 Lost but not forgotten

Many of the perpetrators have been released now, they walk the streets and live in houses in the same villages as their victims, they may work in the same factories, grow the same crops, even play in the same football teams. Imagine how you might feel; would you be able to forgive or trust?

Like the Kigali Genocide Memorial Centre it seems appropriate to end in a positive manner.

It is the remarkable success of the reconciliation, which appears to have successfully produced a united country from the embers of disaster. Gorillas aside, it will be my abiding memory of Rwanda. A rising nation recognised as the most stable and safest in Africa. 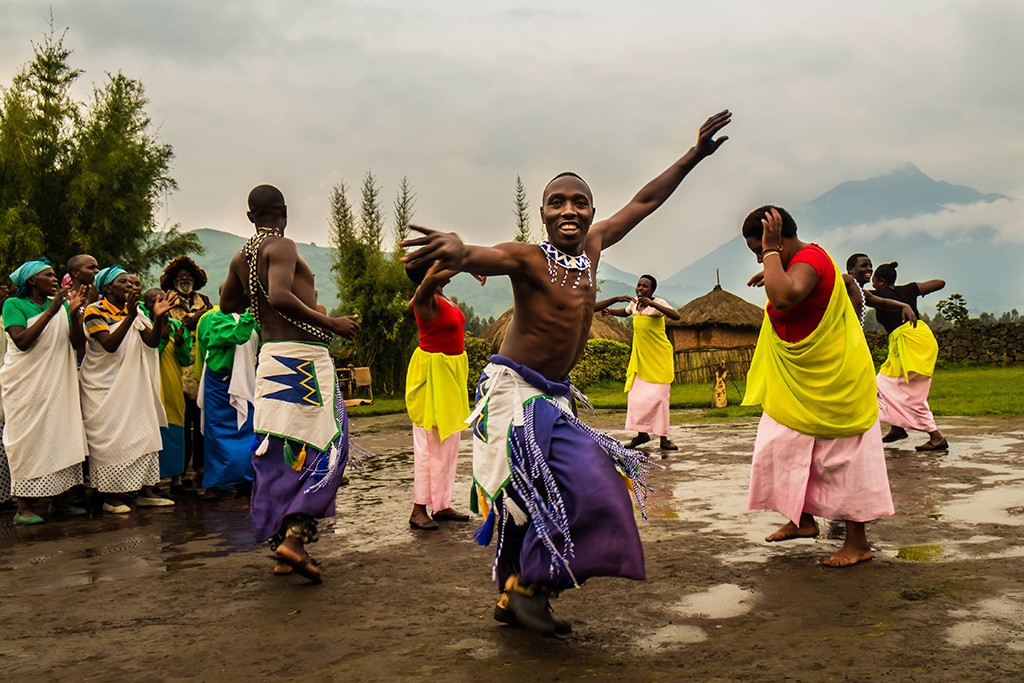