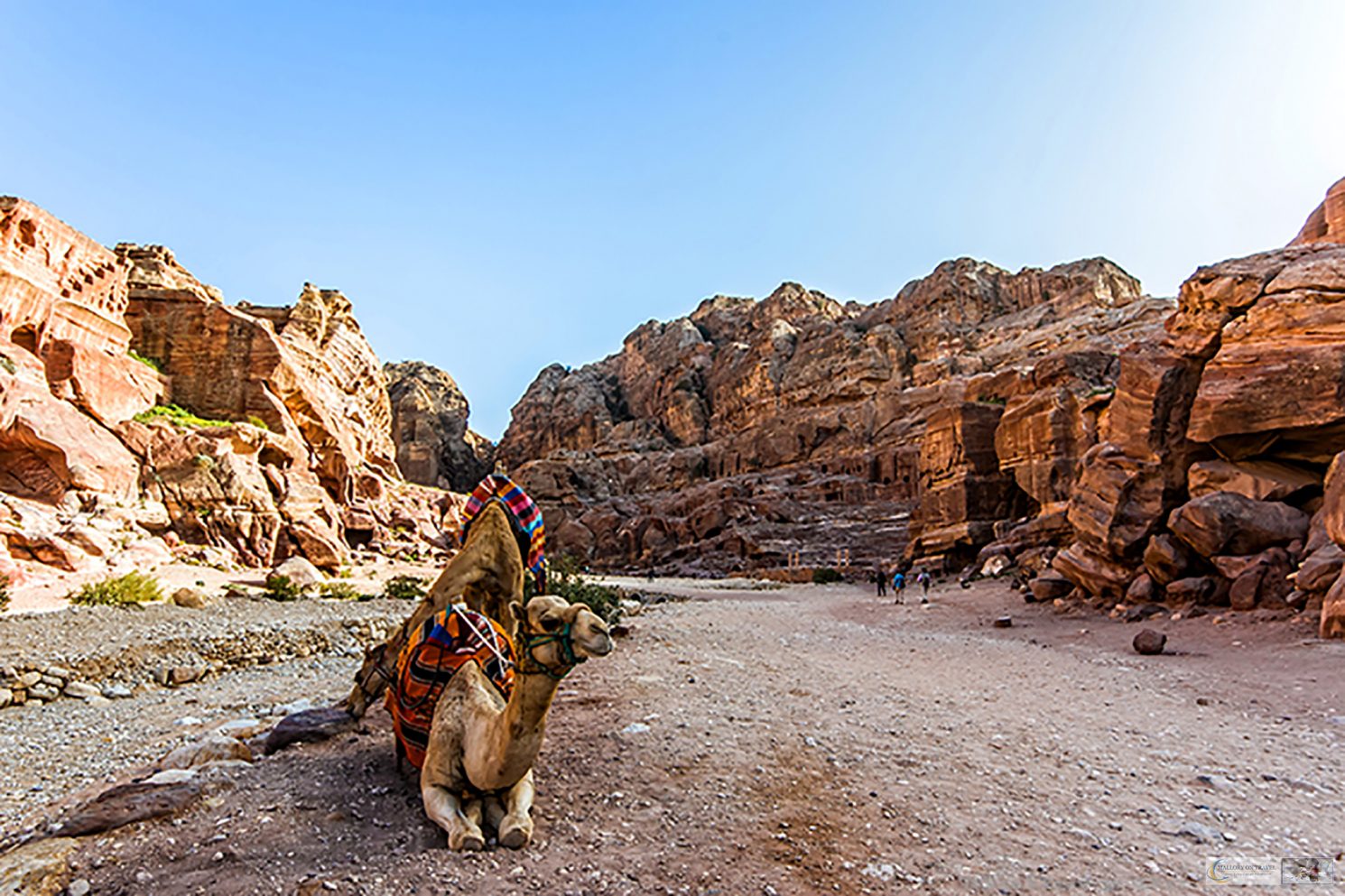 Flying into Amman, Jordan the first emotion was ‘at last’. Evocative images of the famed Treasury at Petra having stoked my imagination for many years, admittedly Indiana Jones had also played his part. Hopefully this would be a slightly less eventful visit, only slightly less though. 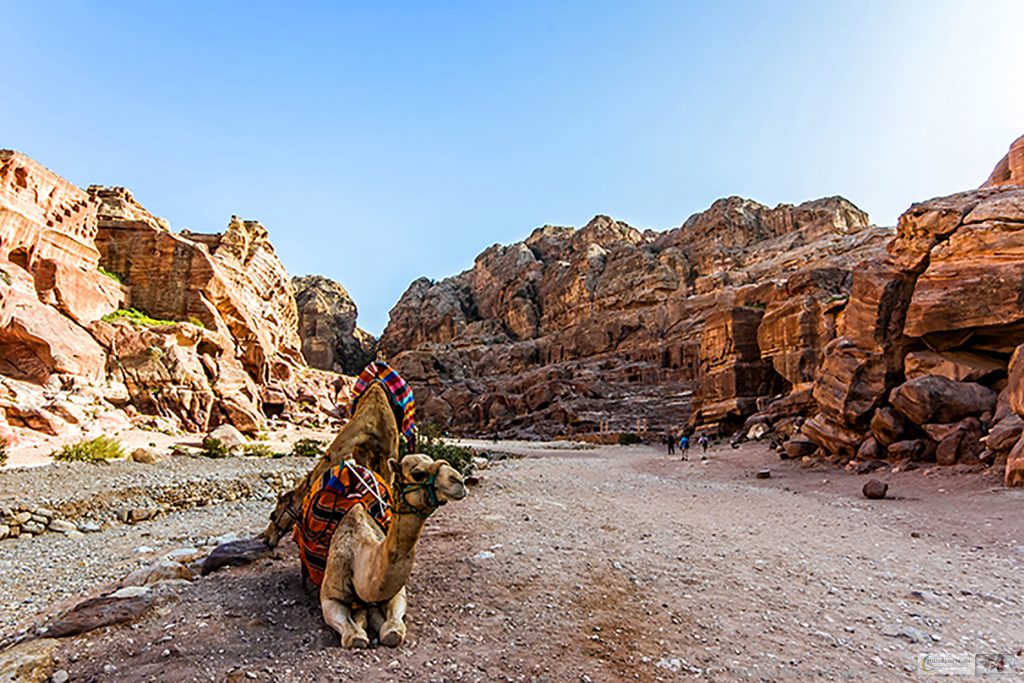 A little peace in Petra

At Peace in Jordan

Inspiration to travel is at our fingertips, magazines, television, films, the internet and recommendations by friends or family, equally there are often several forms of discouragement. News broadcasts, government travel warnings, or perceptions of destinations borne from the popular culture of film and television, the influence can be negative as well as positive. 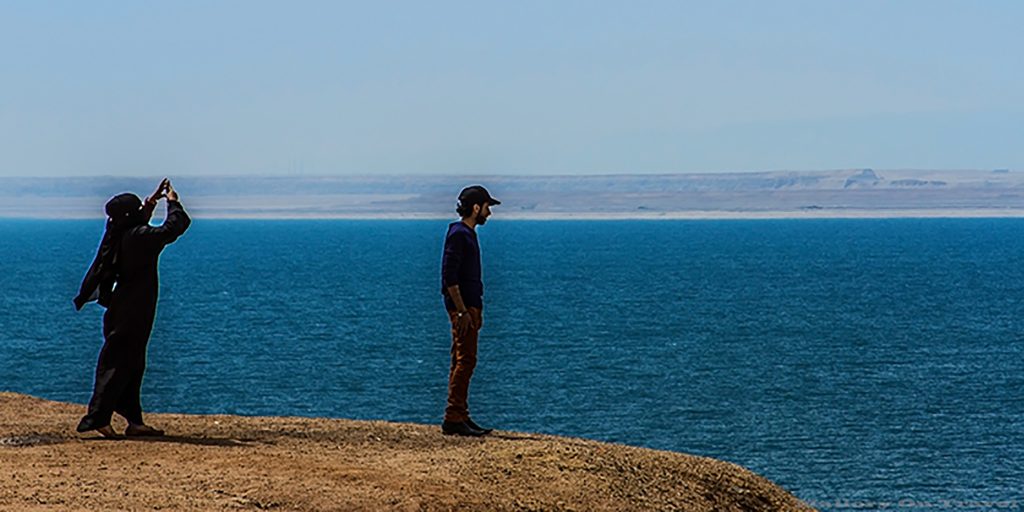 Selfies by the Dead Sea

“a model resident in a noisy neighbourhood”
The middle east is a trouble hotspot, the unrest, and conflict publicised throughout the lifetimes of most of us. This public image can produce unease, causing travellers to shy away from visiting the region. Jordan however, appears the model resident in a noisy neighbourhood. The people are friendly, and welcoming, and the offer of cardamom coffee or mint tea can usually be expected.

None of the invited media mentioned feeling threatened or unsafe at any time, including the moments we escaped the attentions of the guide. The bottom line is; the visit was enjoyable, totally safe and I look forward to returning one day, with more time to further explore the country and its culture. 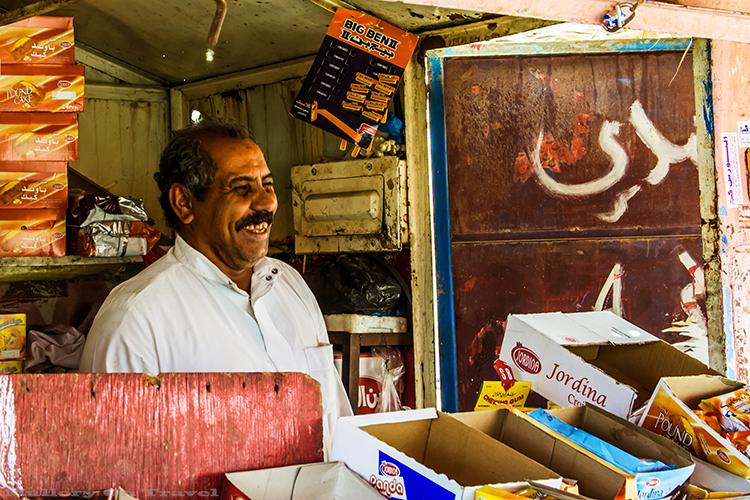 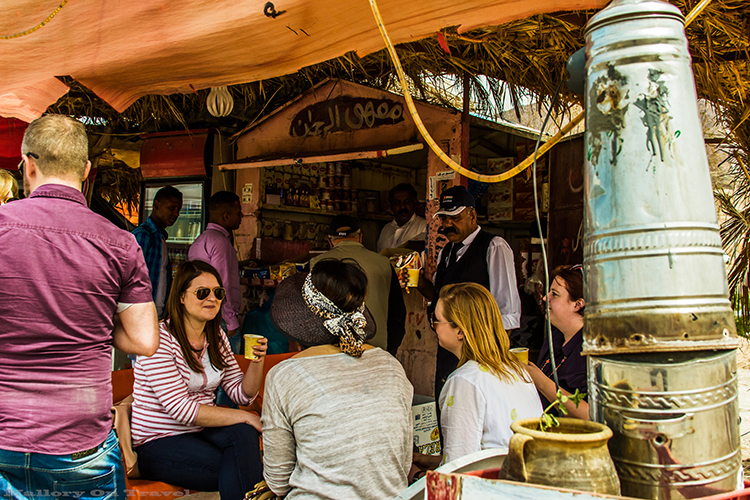 Stepping into the warmth of the late afternoon sun, the familiar chaos of an airport terminal even more apparent, passengers coming, and going, dawdling children being rounded up by chastened parents. It could have been almost any air terminal in the world, the variously styled, white or coloured tunics, dresses and head scarves were the only clues it was a middle eastern destination. Our modern hotel for the night provided even fewer clues.

The following morning we commenced the whistle-stop tour. Fortunately although brief, it provided plentiful glimpses of a fascinating culture. 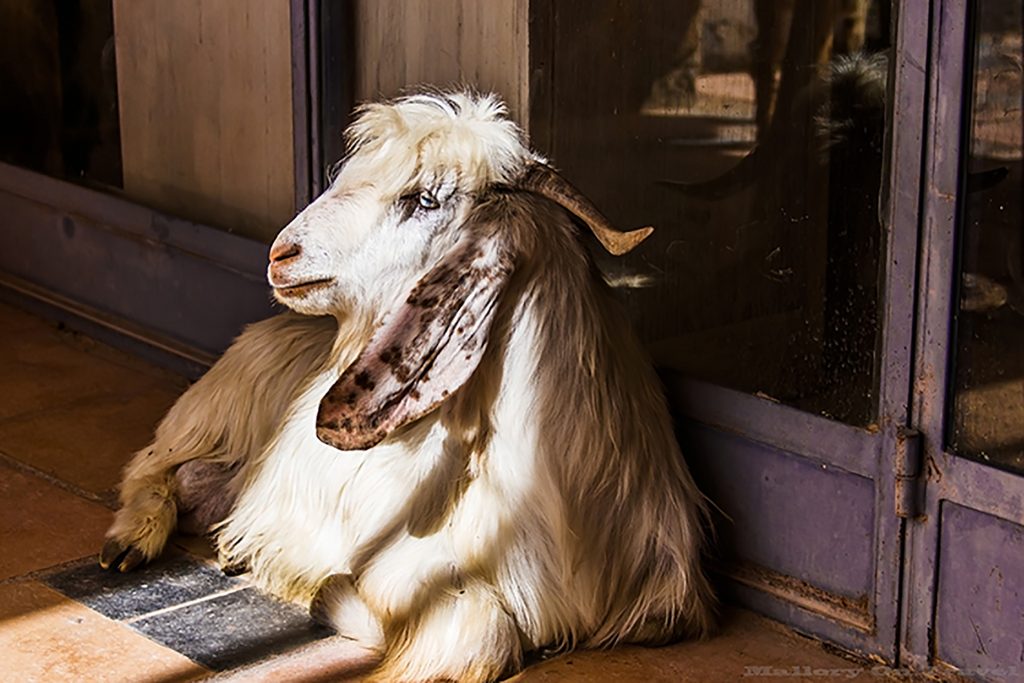 Getting along in Jordan

Travelling by road in Jordan is straight forward, major cities and attractions connected by a modern road network. However, contrasting with the well maintained highways, are Bedouin goat herders and shepherds easily visible along the major routes. Their flocks often scattered among ruined stone or ramshackle corrugated iron outbuildings, grazing on tough grass which grows in tufts in the dusty earth. 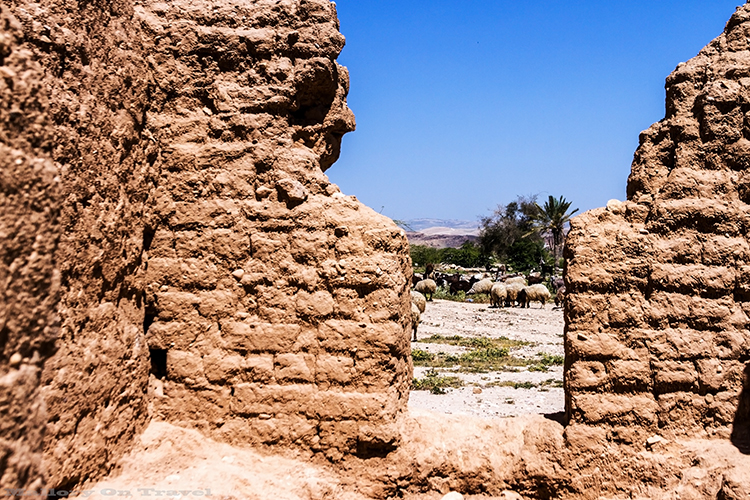 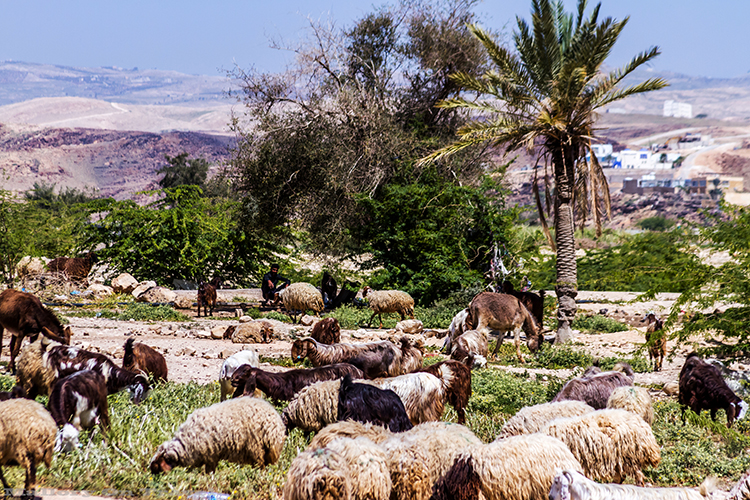 Finding a discarded, old sofa overlooking an impressive valley also seemed to tell its own tale of the character of the country.

One of my favourite moments was coming across a group of children, dressed in uniform, returning home after school. They smiled broadly, and waved happily, while we took their pictures from our moving bus, waving back occasionally, their obvious excitement infectious to all. 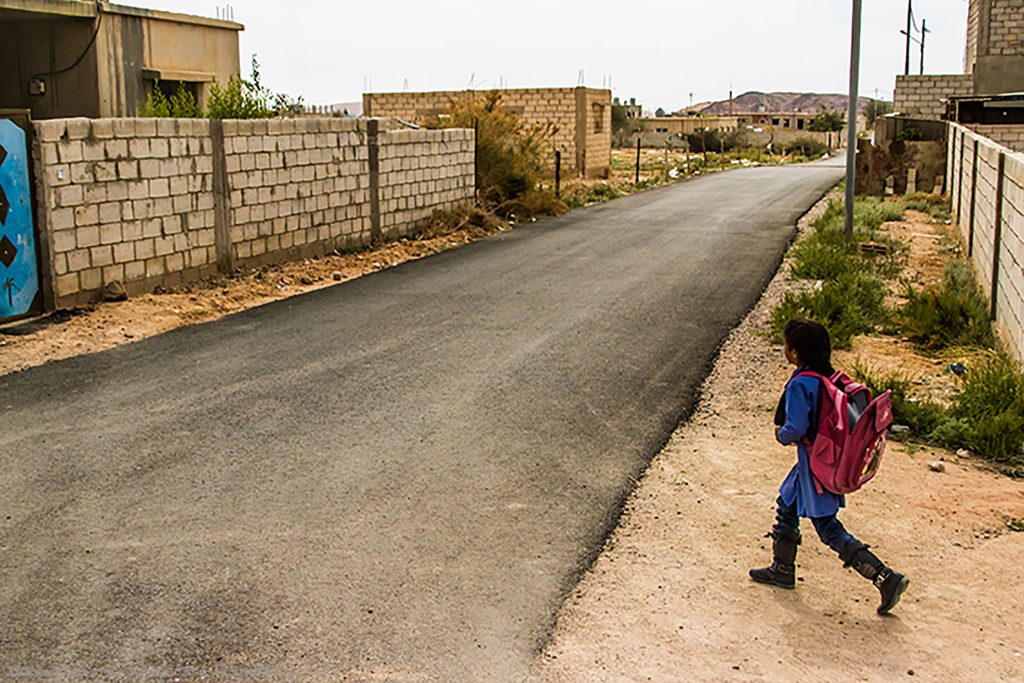 Visiting the famed Feynan Ecolodge was a further highlight, to be covered in more detail in a later post. Talking with Sarah, the marketing manager, and chatting with team members running the lodge it soon becomes clear why it is successful. Sustainable projects need the support of the local community, and employing staff solely from local villages has helped Feynan achieve this, realising the potential benefits of the lodge.

“The rooms are wonderfully simple” 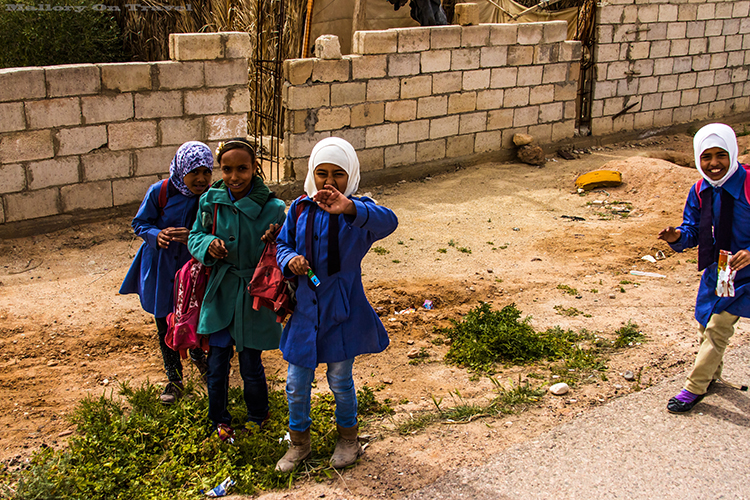 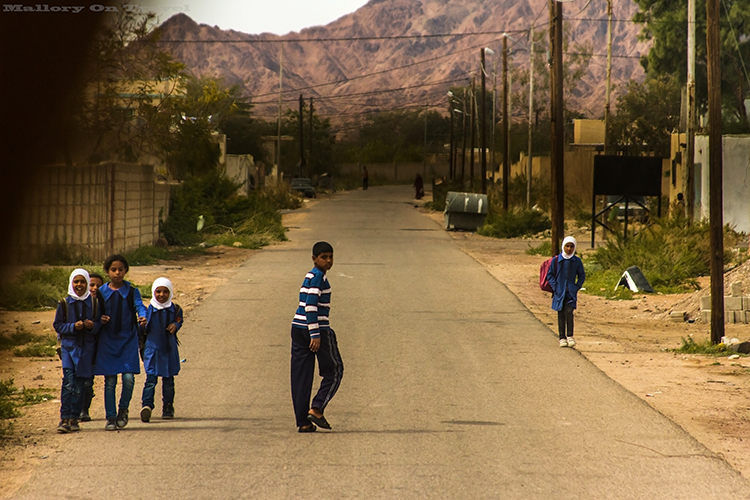 Seen through the bus window

Guides from the nearby communities lead excursions which allow visitors to experience some of the culture, wildlife and environment. Short or long hikes can be arranged, visits to local villages, experiencing traditional Bedouin hospitality, and culture, or even stargazing. Though it’s not necessary to leave the lodge for this, there isn’t any ambient, electric light, only handmade candles, making it perfect for watching the night sky. The rooms are wonderfully simple, and this is one of my favourite accommodations ever.

The Power of Petra 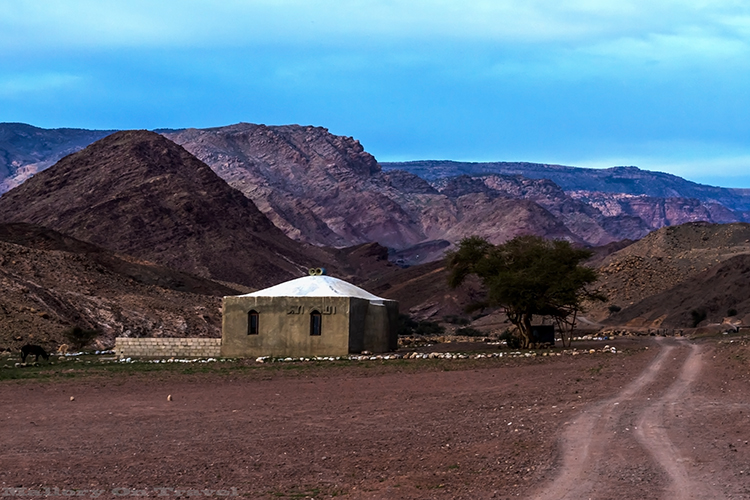 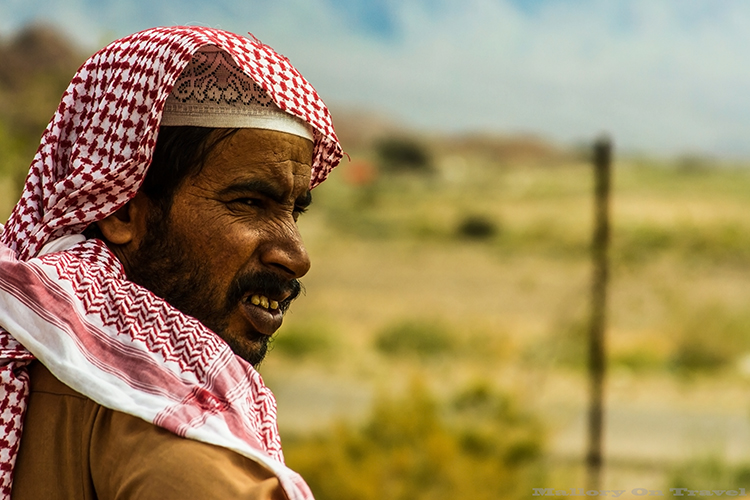 Prior to arrival, Petra had understandably been the main attraction. It is undeniably photogenic, although I kept expecting to bump into a Fedora wearing and whip cracking archaeology professor. There are several shops bearing the Indiana Jones title, and plenty of options to buy an appropriate hat to explore the impressive site. 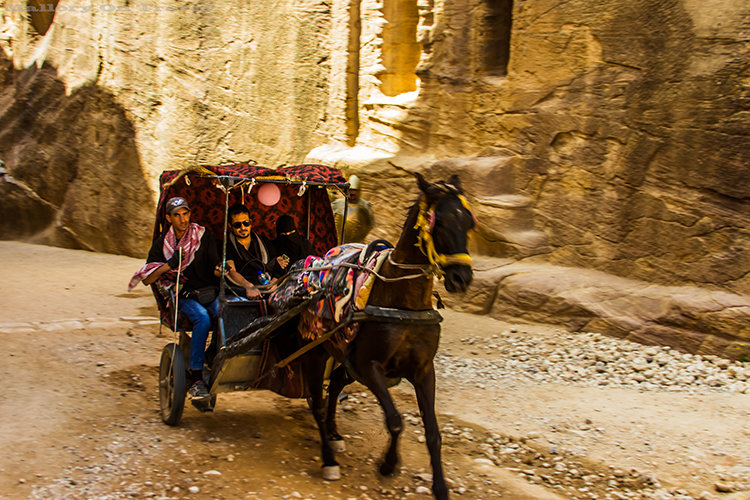 Fast moving carriages in the Siq

The Nabataean monuments of the ‘Lost City of Stone‘ in  Wadi Musa are spectacular, huge stone, monolithic columns line ancient roads, the majestic Royal Tombs and the impressive Street of Facades take the breath away, while the first glimpse of Al Khazneh (the Treasury) is almost magical. 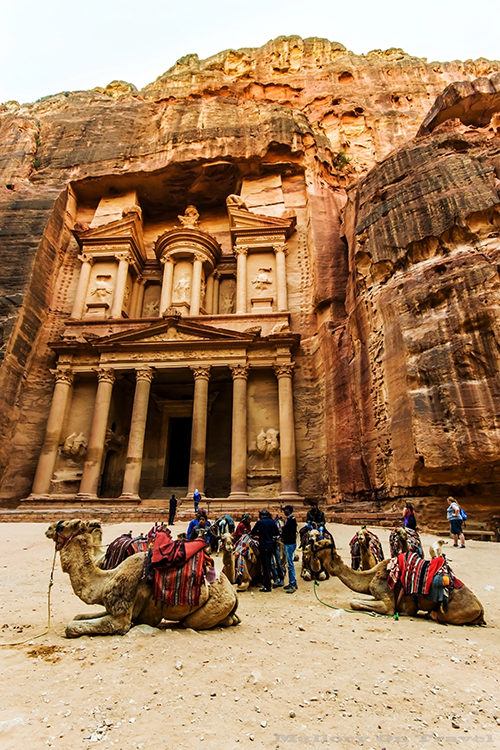 Al Khazneh or The Treasury

Rightfully considered one of the world’s great attractions, but the trappings of tourism are common. Guides ushering their charges together to explain the history and meaning of markings along the Siq, the narrow, high-sided canyon which leads to the Treasury, and beyond, camel or horse wranglers, horse-drawn carriage drivers hustling for business, hawkers and stallholders touting their merchandise, and tourists with cameras pointed at the much photographed relics, jostling for the best positions, attempting to avoid unwanted distractions. 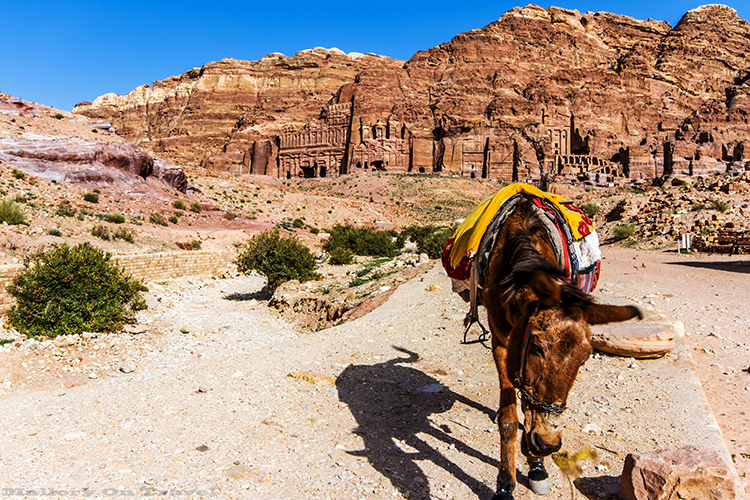 Busy yes, but still worth every moment, but my advice; try to stay after the crowds, or better still get up early and arrive while they’re eating breakfast. There is also a night tour, which should also be a favourable time to explore.

“marbled blue ceiling to the city”

Kites, Amman and the Dead Sea

A short tour of Amman included the Hill of the Citadel which provides outstanding views of the city, and it was especially pleasing to see a couple of kites flying high above the ancient ruins. Providing a splash of colour against the marbled blue ceiling to the city.

Amman seems a labyrinth of small back alleyways, lined with shops or street food vendors, with yet more shops providing the frontage to main thoroughfares from where the alleys sprout. A hustling, bustling, vibrant city which apart from the dress of the residents also disguises its identity well. 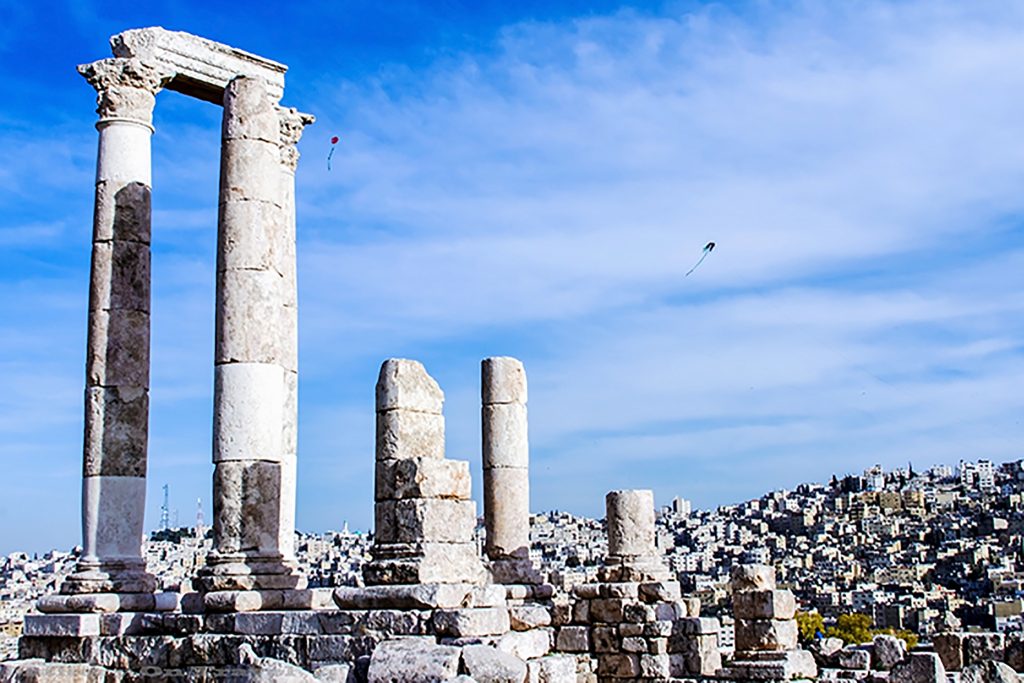 A market is often where the true character of a city can be found, the produce on sale and atmosphere indicative of it’s culture. Weaving our way through the narrow aisles of an Amman market; unmistakably an Arabic souk; a blaze of colour, like an artists palette. Fruit,vegetables and spices in every conceivable natural pigment was on display, along with dozens of fabrics in many shades and textures. The constant chatter of commerce is everywhere, buying, selling, negotiating the best possible deals. The fragrances of various herbs, and spices assail the nostrils, trying to decipher the myriad of aromas, such as delicate saffron, aromatic cumin or exotic coriander. 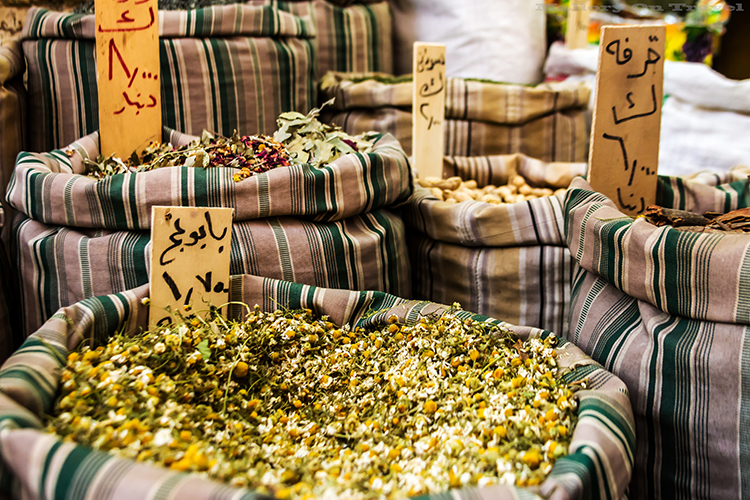 Markets can bombard all the senses, and snapping my way down the aisles, it was impossible not to smile at each new discovery. 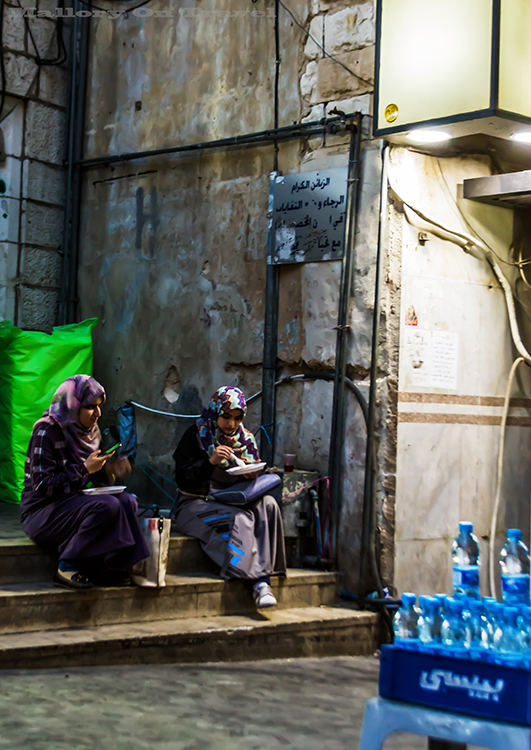 Jordan appears a fusion of traditional and modern pop culture. The Bedouin spirit is visible in the small communities, roadside vendors, or sheep herders. However, technological convenience is embraced, smartphones are in every hand, and traditionally dressed women take selfies

The last day was about relaxing in the luxurious surroundings of the Kempinski Ishtar Hotel, floating aimlessly, without a care in the therapeutic saltiness of the Dead Sea.

On the way to the hotel, we’d met a couple of friendly young men, tending their flock, but more than happy to pose for a few pictures. This encounter more than any other seemed to demonstrate the character of Jordan, relaxed, and comfortable, they smiled amicably throughout their ‘shoot’, seeming to enjoy the moment too.

Petra is stunning, but the abiding memories are of Bedouin hospitality, colourful patchwork tents, grazing goats, donkeys in the back of pick-ups and kites flying over Amman.

Jordan, is well known to be brimming with overwhelming sites of significant historical importance, but it is also a cultural adventure where all are welcome. 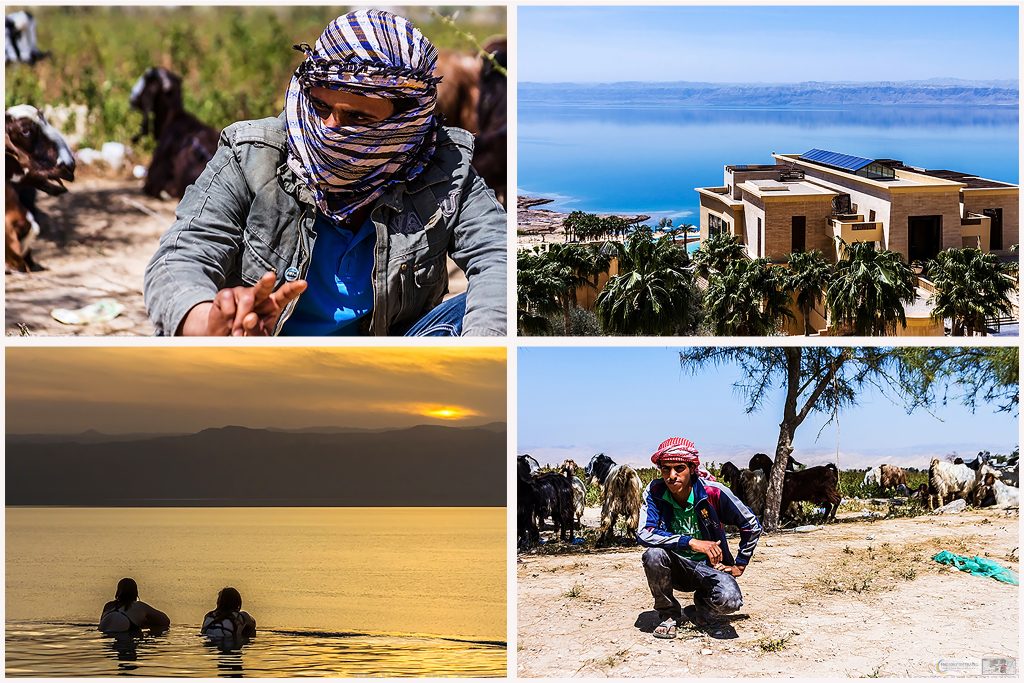