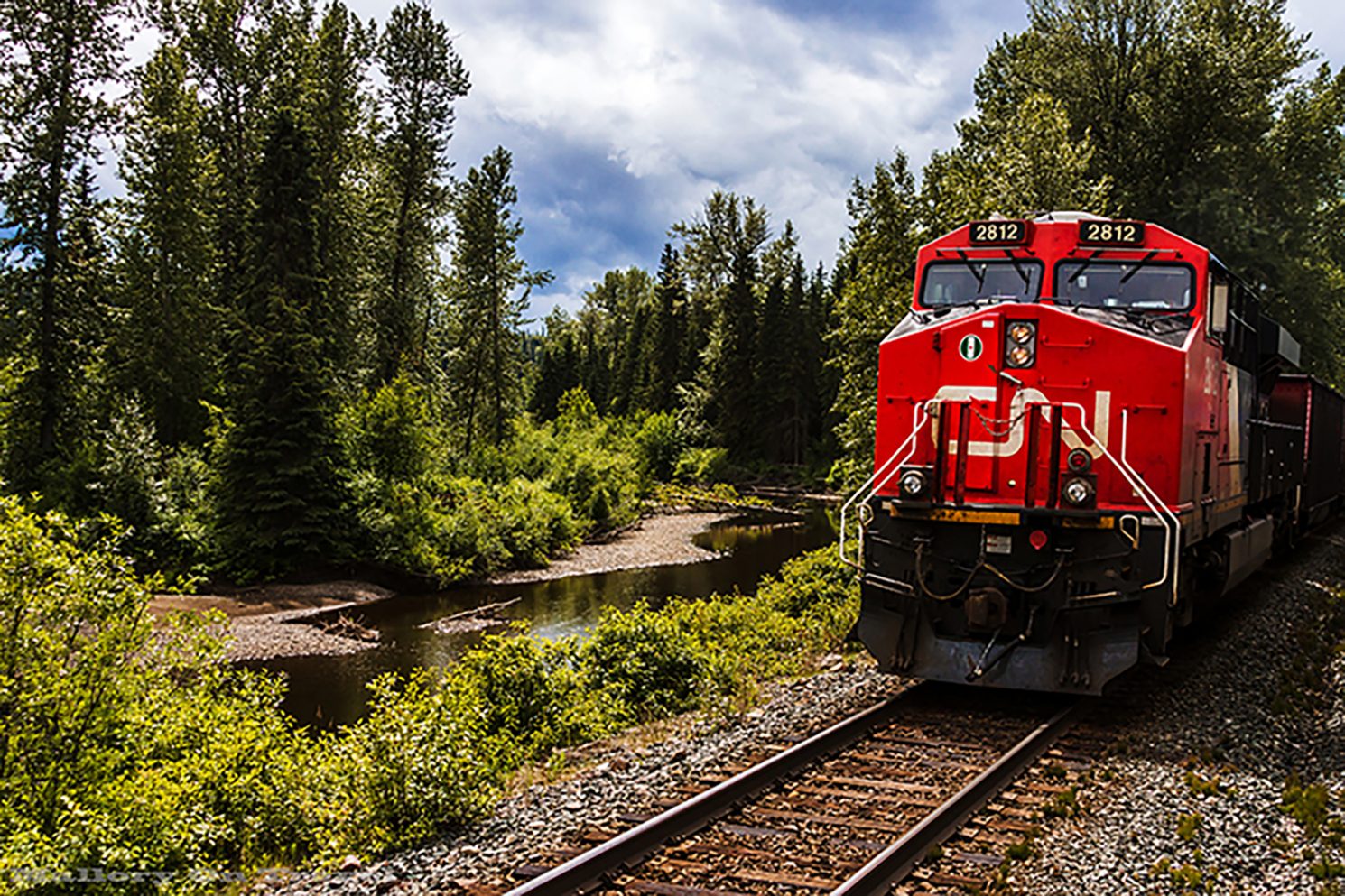 The term ‘epic journey’ is probably bandied about too often, but travelling from Halifax on the Atlantic coast of Canada to Vancouver on the Pacific shoreline is justifiably considered an epic traverse. Travelling by train with the major Canadian railway Via Rail only adds to this sense of a special journey, it is one which even many Canadians have never taken, but dream of doing so. 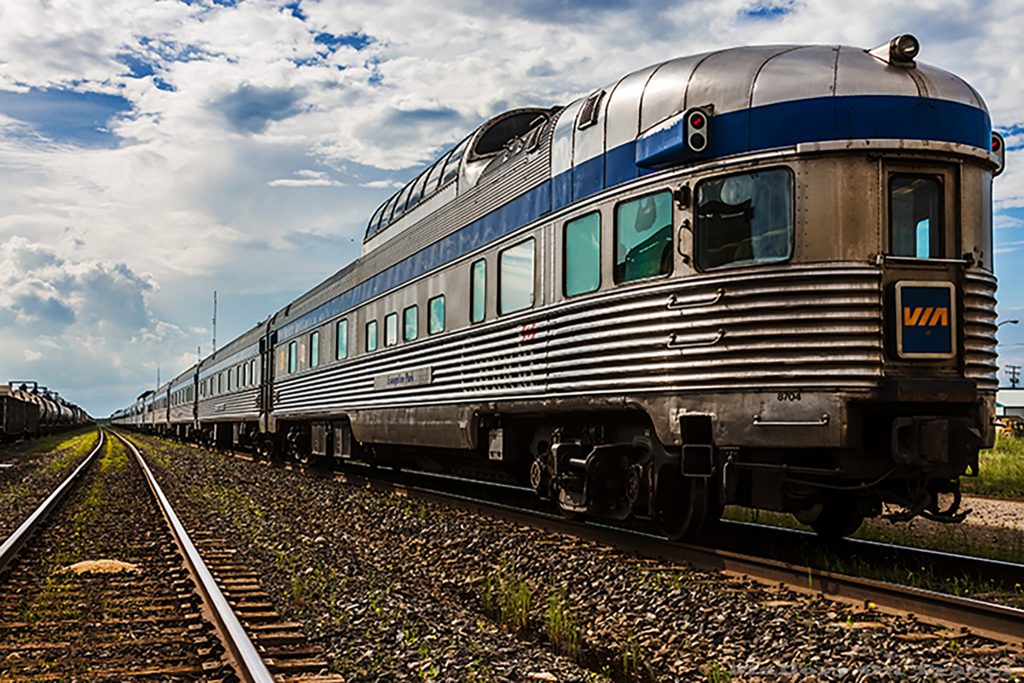 “Boarding for the first leg of the trip, armed with a metre long strip of tickets detailing an impressive list of stopovers I definitely felt epic”
I was soon settling into my private cabin for what was the shortest leg of the journey, Halifax, Nova Scotia to Moncton, New Brunswick. Being alone allowed me to keep my baggage with me instead of checking it in. This is beneficial, as it prevents delays at the destination station, waiting for off-loading of luggage.

All Aboard “The Canadian with Via Rail

Travelling by train in Canada is vastly different to the experience in most European countries. There is not an extensive network of tracks which link even the smallest town, just the main lines which dissect the huge wilderness, passing through major cities. It is not possible for instance to catch a train from Canmore to nearby Banff, but waving the trains down to stop at any level crossing is, boarding, and paying for a short trip to nearby towns; that’s pretty cool. 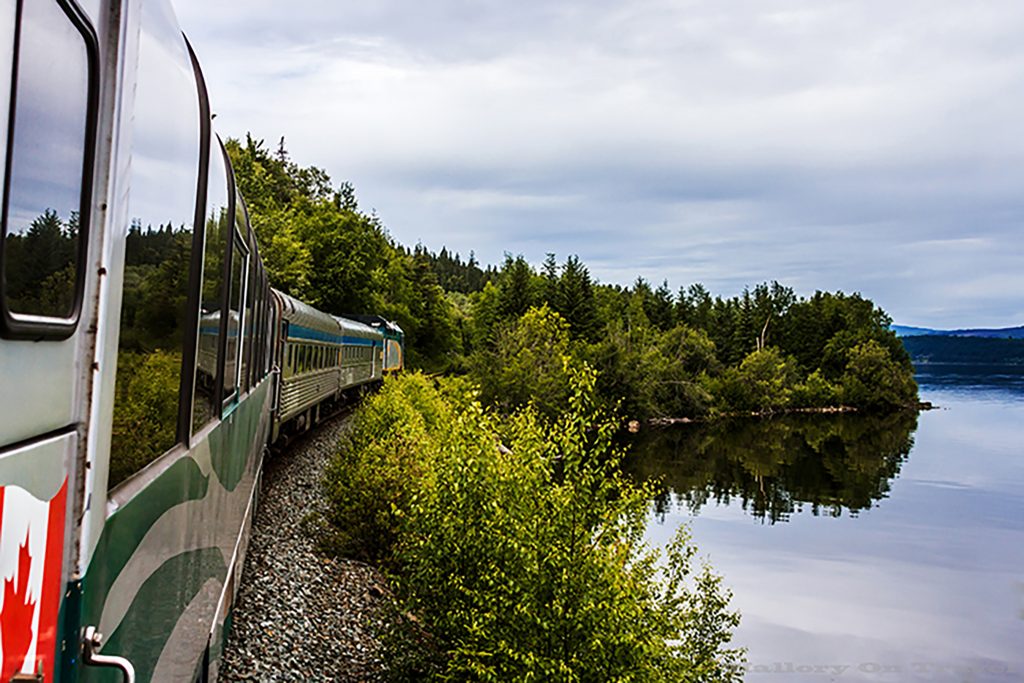 I witnessed this on several occasions, including an older gentleman, that disembarked in the middle of nowhere, with several boxes of supplies. Tracy, the attendant on that particular train, explained his home was someway down a little track, and as soon as we were out of sight he would be taking his pistol out. “This is bear country” she explained without further need for clarification. 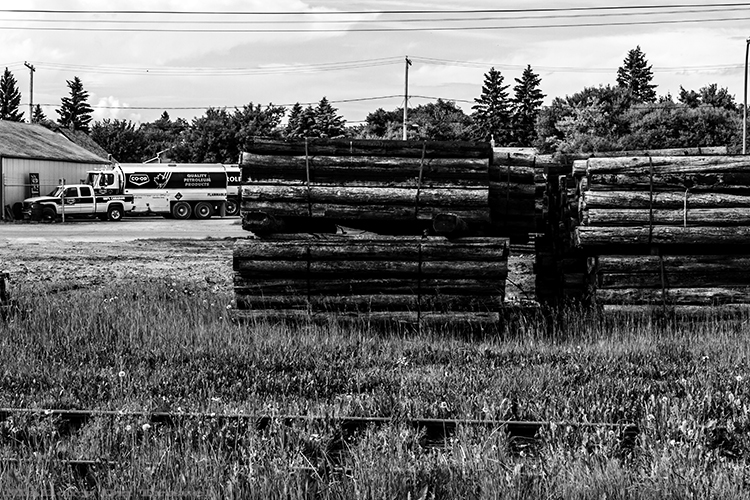 A typical rail side scene

On another occasion when leaving Jasper, there was a party of Chinese aboard, they disembarked at a level crossing an hour down the line, with a coach waiting to collect them. It was obviously part of a planned excursion; “a genuine Canadian train ride, through the Rockies”.

“This is bear country”

Travelling east to west, viewing the countryside through the window of a moving train, is fascinating, observing the landscape morph, and transform. Large boreal forests, many ravaged by disease, the weather, pales weevil infestations, and pollution. They remain spectacular wilderness areas, which eventually give way to open plains, and vast tracts of agricultural land. Mighty rivers feed small, and large lakes, winding their way through steep-sided canyons, or bisecting forests, before arriving in the Rockies.

An Ever Changing Landscape

Here the rugged mountains dominate the view on both sides of the train, often climbing steeply right from the railway itself. The tracks cutting through the ancient rocks, all scenery disappearing as the train enters the dark tunnels, which allow it to retain a straight path through the majestic peaks of Alberta, and British Columbia.

In common with most passengers, I continually scanned the treeline, or open fields hoping to glimpse some of the famous Canadian wildlife. However, these are wild animals, not fair ground attractions, bears, wolves, moose and eagles do not sit by the side of the railway for the amusement of train passengers.

It’s therefore unreasonable to expect to see these iconic creatures every kilometre along the line, however listening to a few other passengers this seemed the expectations of some. I was fortunate enough to see a couple of bears, a beaver, some bald eagles, and a herd of buffalo, not bad at all. Another benefit of disembarking at several destinations along the route, there are always further opportunities to see more.

The train passes through many of Canada’s major cities, and following the route is like a dot-to-dot between these great metropolises. Arriving in Moncton from Halifax was especially poignant, the city was in mourning due to the killing of several brave members of the city’s Royal Canadian Mounted Police force. The public outpouring of grief, and outrage demonstrated how rare, and heinous crimes like this are.

“bears, wolves, moose and eagles do not sit by the side of the railway for the amusement of train passengers”

Each of the cities visited was completely different to the last, from pretty Quebec City, to attractive Montreal, and stylish Vancouver. It was pleasing to spend several days in the nation’s capital; Ottawa, where there is plenty to see, and do. Staying at the wonderful Fairmont Château Laurier, the proud landmark of the city centre, which has a rich history of its own didn’t do any harm either. 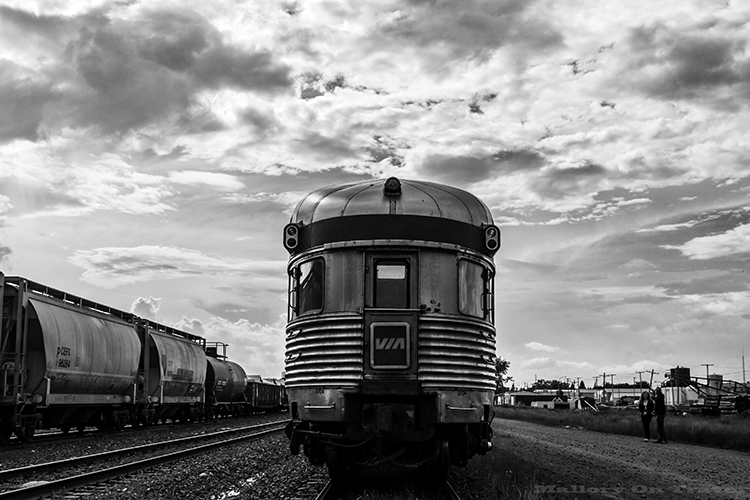 The train is the star 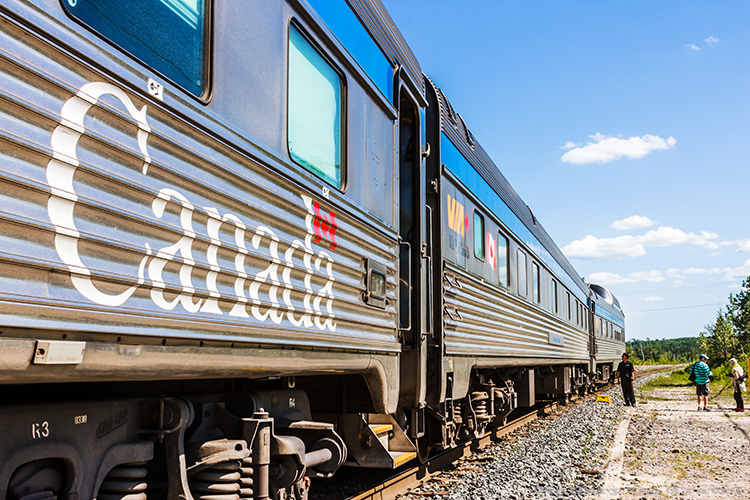 There wasn’t enough time to explore Toronto, as I was just passing through on the way to Winnipeg. Here the highlight was visiting the new Museum of Human Rights prior to its imminent opening. It is a fantastic building, and concept, which will certainly draw many more visitors to the city, and will surely become an icon of the country.

Listening to some very talented First Nations vocalists, and bands perform with the Winnipeg Symphony Orchestra, was an unforgettable, and enjoyable experience.

While in Saskatoon, a welcome opportunity was visiting the hugely impressive White Dakota First Nation Corporation, including casino, and golf resort. Meeting Chief Darcy Bear, the mastermind behind the development, was inspiring, and a fascinating insight into how First Peoples are being proactive in their own future. Many are now embracing commercial development, and inviting business investment. Finding ways to provide employment for their communities, while balancing the need to retain their cultural identity, and celebrate their heritage. 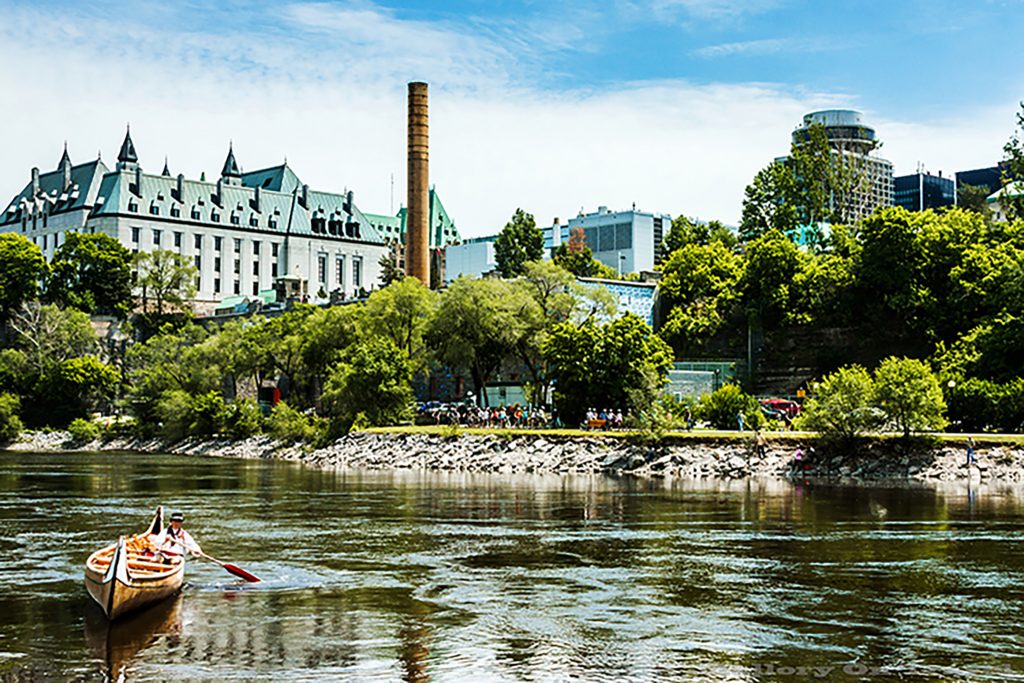 Canoeing on the Ottawa River

In between the impressive cities of Edmonton, and Calgary in Alberta, and Vancouver, in British Columbia I visited attractive towns such as Canmore, Banff, Jasper, Prince George, Smithers, and Prince Rupert. In each there was always a friendly welcome, a variety of activities to do, with wildlife spotting, amid the often stunning backdrop of beautiful mountains.

In between these stops, there was always the train. It’s difficult for a British citizen to comprehend the distances covered over this journey, the United Kingdom can possibly be traversed, top to bottom in less than a day. Most legs of this journey took more than 24 hours, and Toronto to Winnipeg alone took nearly 36 hours. 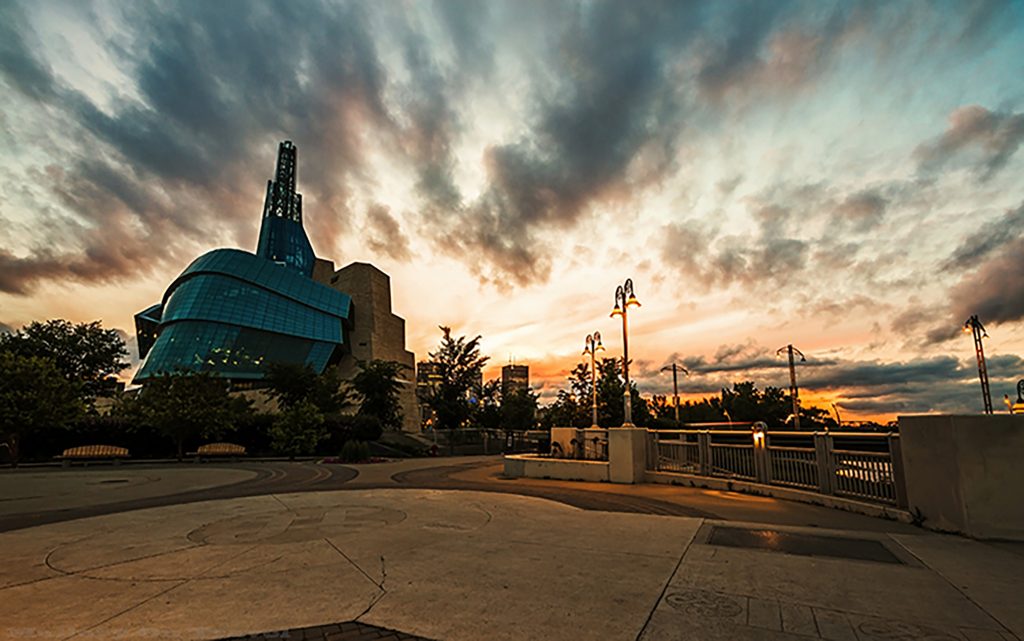 The trains often leave slightly late, as priority is given to freight rail, which usually results in several minutes waiting outside of the stations. However, don’t be lulled into a false sense of security; sleep in late in the cosy cabins, at your peril. The drivers often make up lost time overnight, and seem to arrive at the morning destination on time.

Service is good, the food is actually better than I’d anticipated, and enjoyed several pleasant meals, conversing with other passengers. Many seem keen rail enthusiasts, having travelled on several of the world’s great train journeys, some had even traversed Canada several times. It seems once a rail traveller, always a rail traveller. 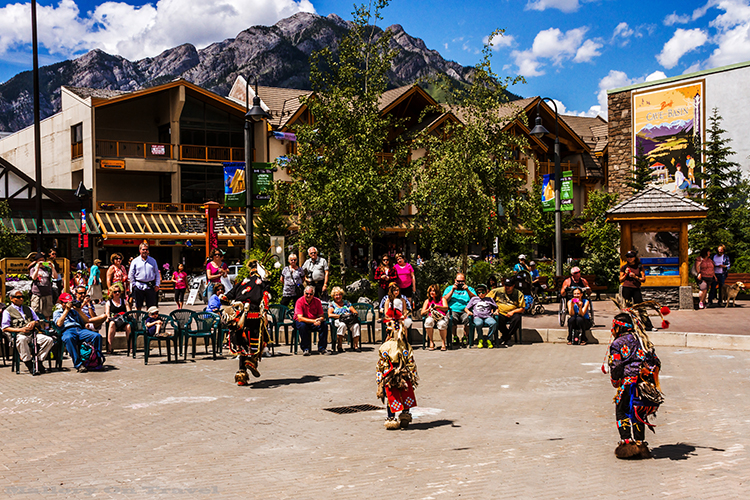 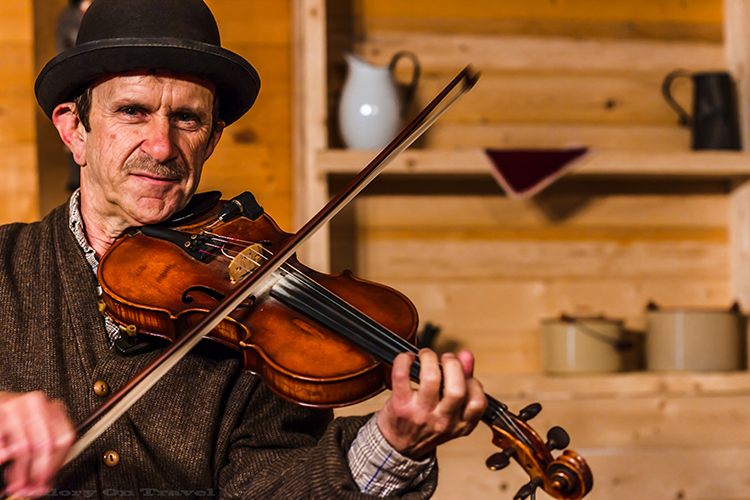 Almost without exception I found the Via Rail staff very helpful, and courteous. On a trip of this scale it’s unlikely all will be plain sailing, but any issues were quickly resolved, and did not detract from the experience at all. Any epic journey should provide a few challenges, that’s part of the appeal.

Tracy, the senior attendant on the final leg of my train journey from Jasper to Smithers, deserves special mention, she was both helpful, and informative. However it was her humour which set her apart, often cheeky, bordering on mischievous it kept us amused. Courteous assistance with just a hint of attitude, she had everybody eating out of the palm of her hand within five minutes. 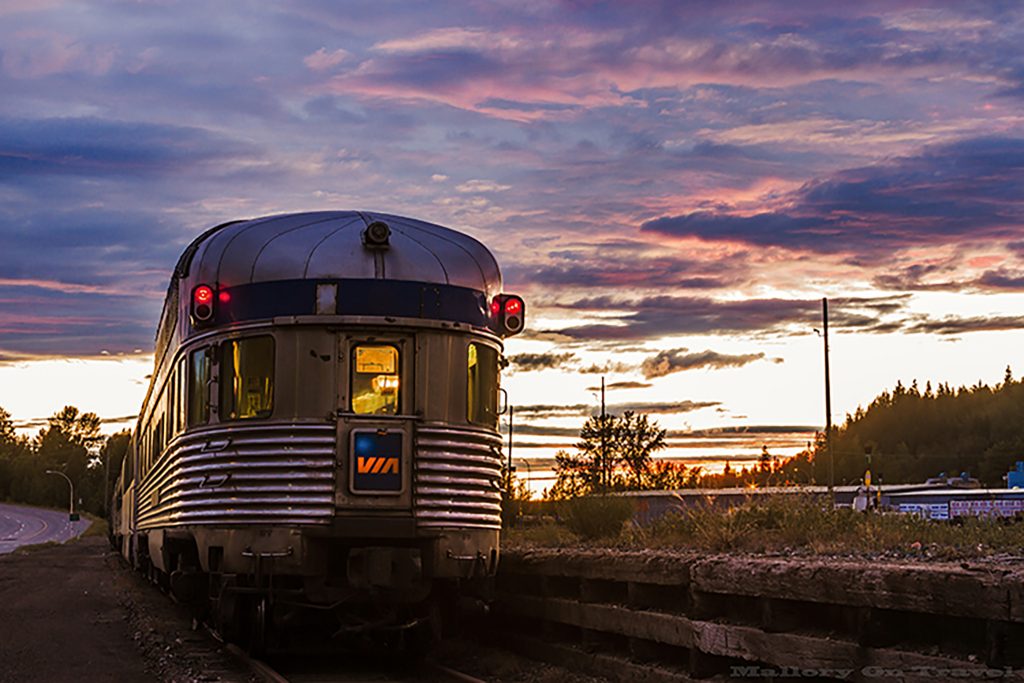 As well as the dining cars, there are refreshment bars, and special panoramic viewing ‘dome’ cars providing passengers a higher viewpoint of the scenery, and a chance to do some wildlife spotting. I’m not keen on taking photographs through windows however, too many reflections, and regardless of how hard they may try, keeping them clean is impossible, but the views are breath-taking.

“Many dozens of carriages curve off towards the horizon”

At the main stops all passengers have the opportunity to disembark, and stretch their legs. Seeing some of the small towns, which line the route provides a fascinating insight into rural life in Canada. A few days after visiting Winnipeg, and Saskatoon the provinces of Manitoba, and Saskatchewan experienced heavy flooding, with disastrous effects on towns like Melville, which I’d recently visited with the train. The people here are hardy, and resourceful, and seem very capable of dealing with the hardships of frontier life. 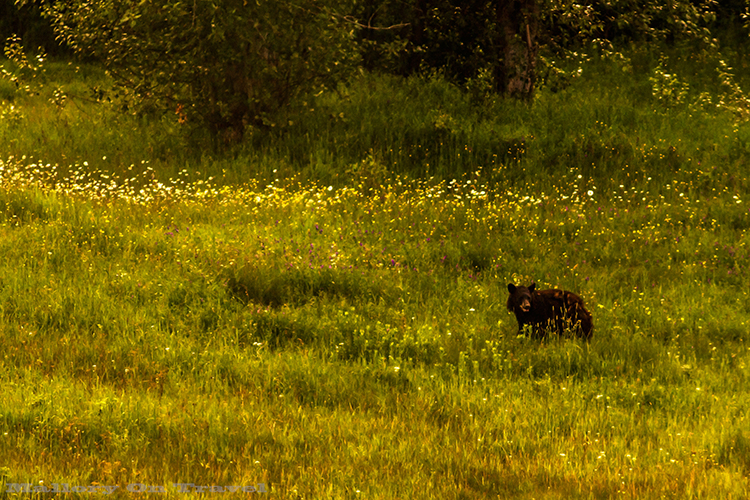 A Black Bear from the train 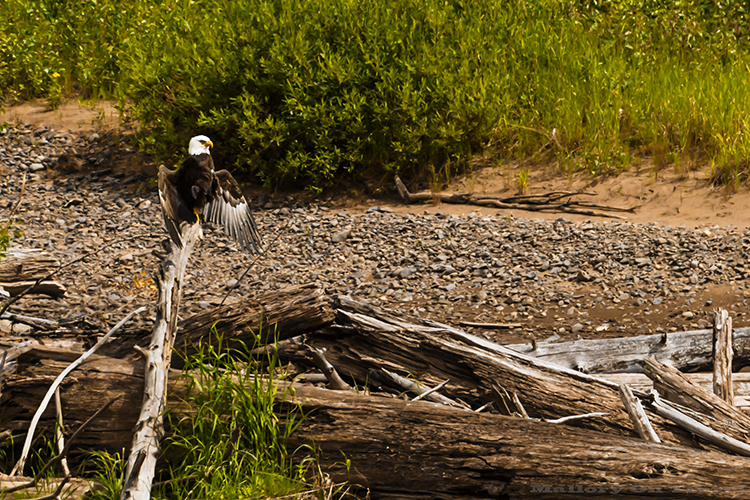 A rail side Bald eagle

These stops also provide a great opportunity to take some photographs, and it’s difficult to ignore the train. The “Canadian”, the great metal snake-like mobile hotel usually dominates the scene, stretching as far as the eye can see. Many dozens of carriages curve off towards the horizon. It’s almost impossible to point a lens, and avoid having some part of the train in the viewfinder, oh well if you can’t beat them ….. 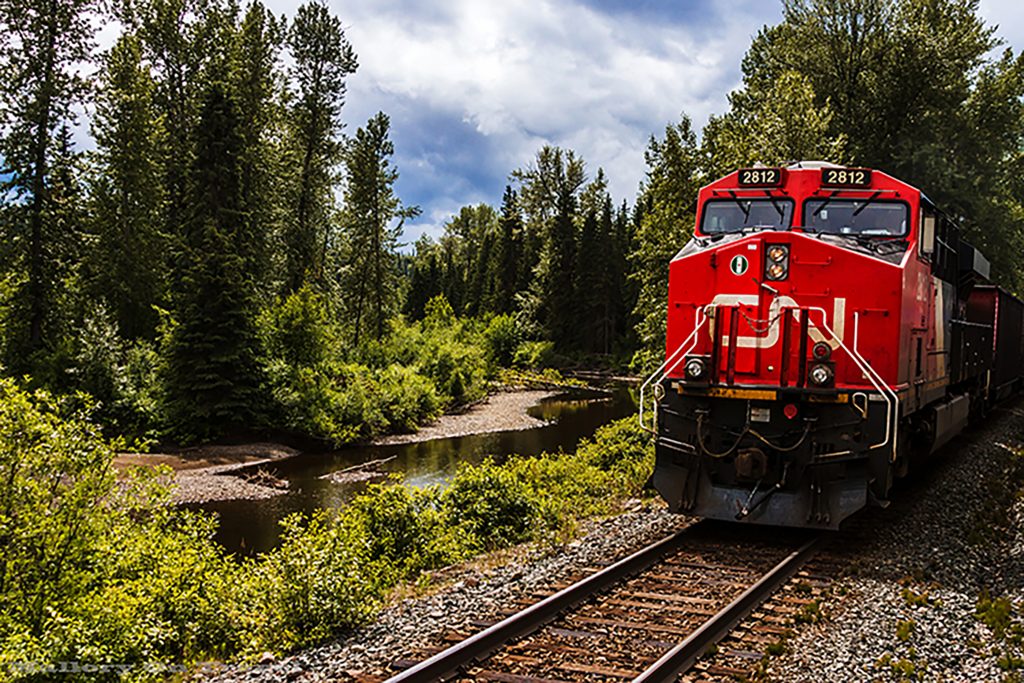 Waiting for the freight

Eventually disembarking for the last time in Smithers, it was with some regret I bade farewell to Tracy. The last leg of my journey would involve driving to Prince Rupert, and then flying on to Vancouver. This was to provide additional flexibility, and enable me to enjoy the spectacular scenery of British Columbia at leisure.

However, even as Mayor Taylor Bachrach welcomed me, it was already clear that I would miss the “Canadian” a grand old lady of the tracks, my constant companion for most of this epic journey. 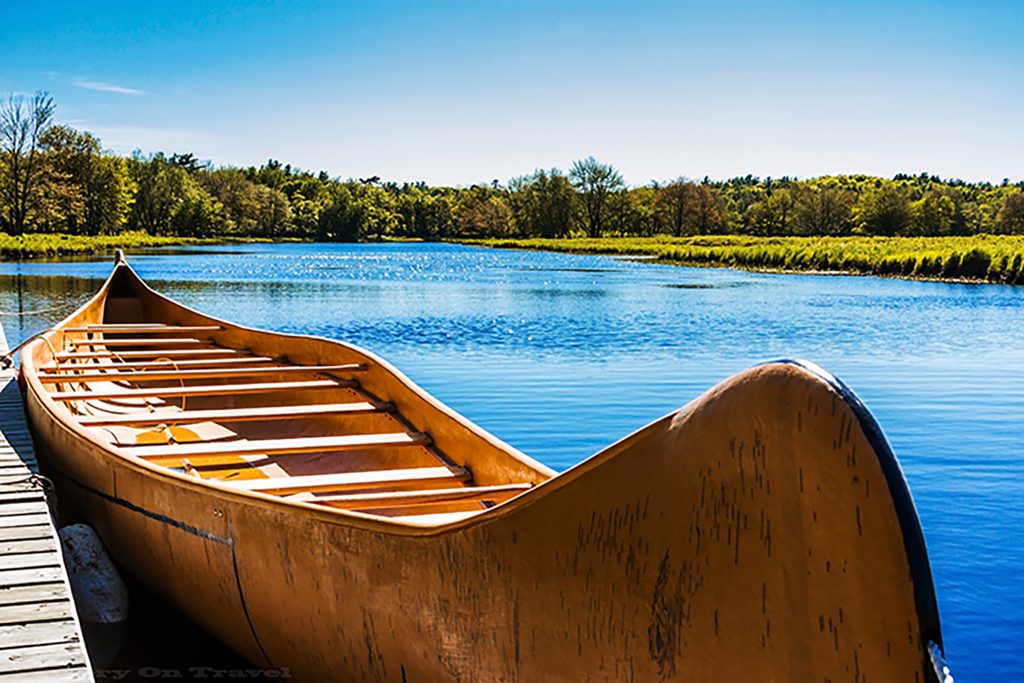 Another classic Canadian form of transport

Via Rail, the Canadian Tourism Commission, and province tourism organisations sponsored this journey, but all thoughts, words and hyperbole are most definitely my own!