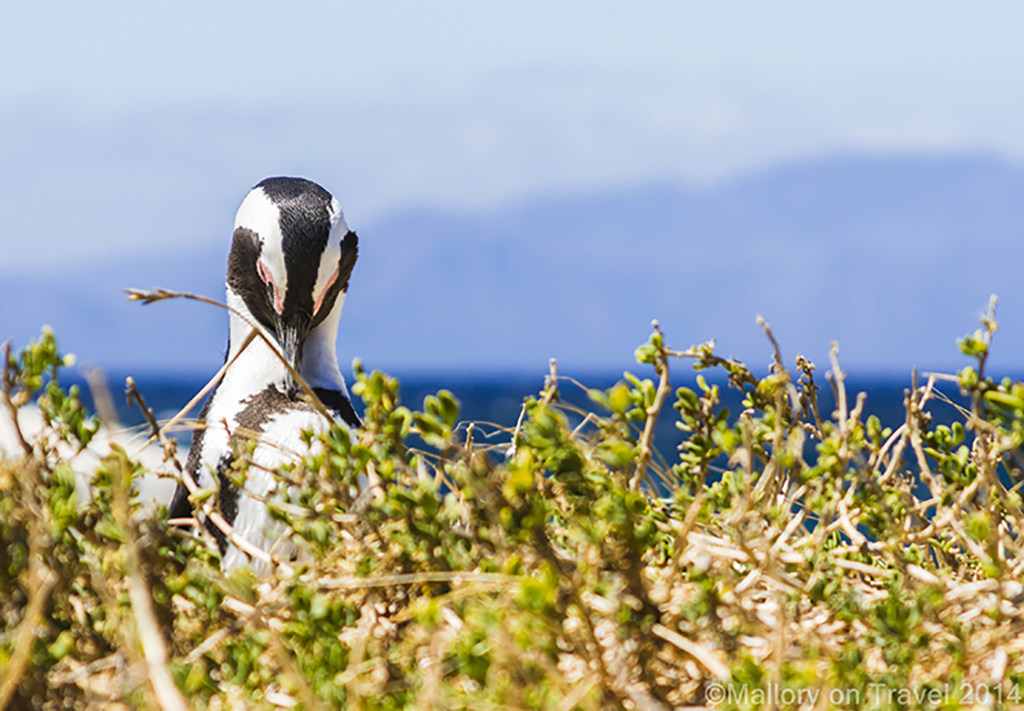 The seaside village of Simon’s Town, near Cape Town, South Africa has several attractions, but it’s unlikely many visitors are aware of them. Whale or shark watching usually excite any tourist, the attractive beach, craft market, and vibrant dance groups should also appeal, but the majority only come to see one thing; African penguins.

It’s entirely possible that the only reason some are even aware of Simon’s Town is because of the colony of cute, flightless birds at Boulders Beach. 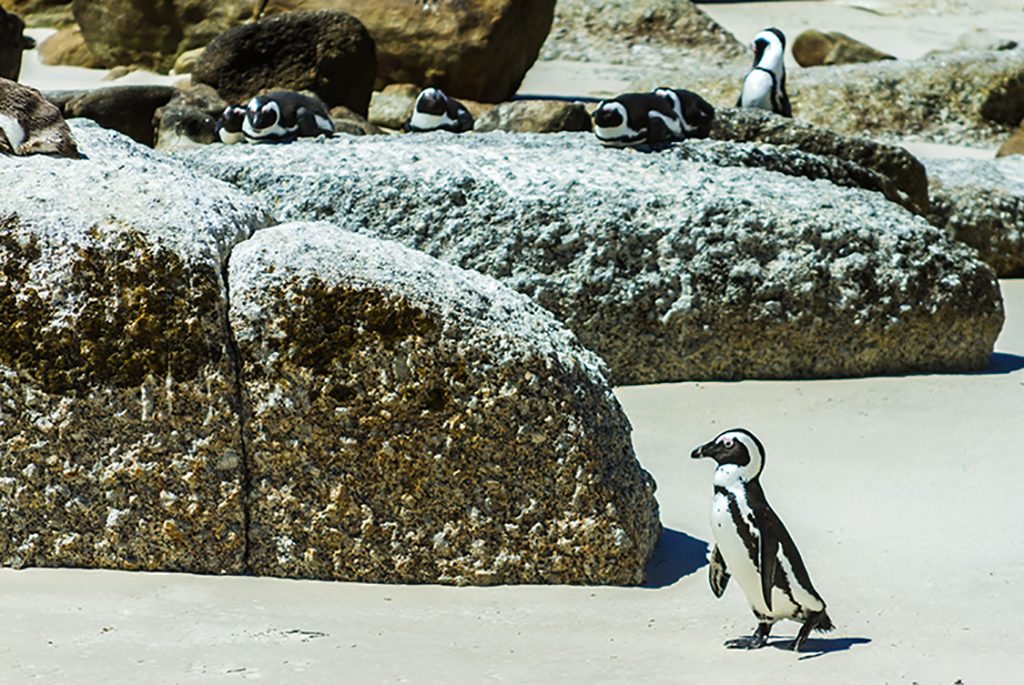 Affectionately called Jackass penguins, this is one of the few mainland colonies, the small, comical birds wander freely around the beach, and it’s possible to get relatively close to them. Their appeal is instantly obvious, unbelievably cute in their black and white dinner suit like plumage.

Sunbathing near their burrows, sheltering where they can find shade, possibly behind a guano covered rock, or heading out on a fishing expedition, it’s a thriving, busy little colony. 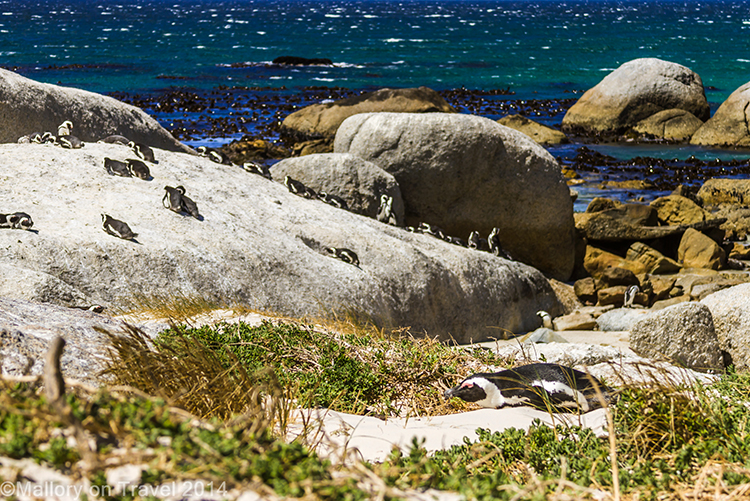 or catching some rays 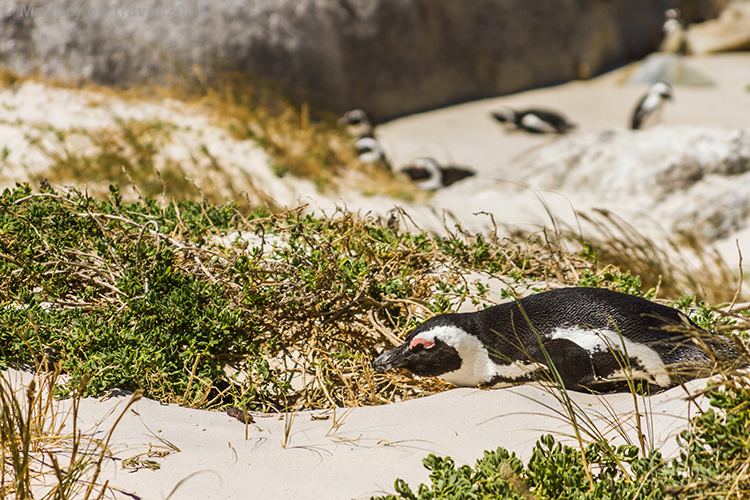 The colony is around 3,000 strong, but there’s almost as many enthusiastic tourists with cameras scattered all along the raised boardwalks, and viewing area. These aren’t only birdwatchers, but in every direction there appears an enchanted visitor cooing at an adorably cute penguin. Watching them waddle over the pure white sand, or squabbling with a neighbour. The monogamous birds are often in their mating pairs, preening each other, and maintaining their romantic connection. 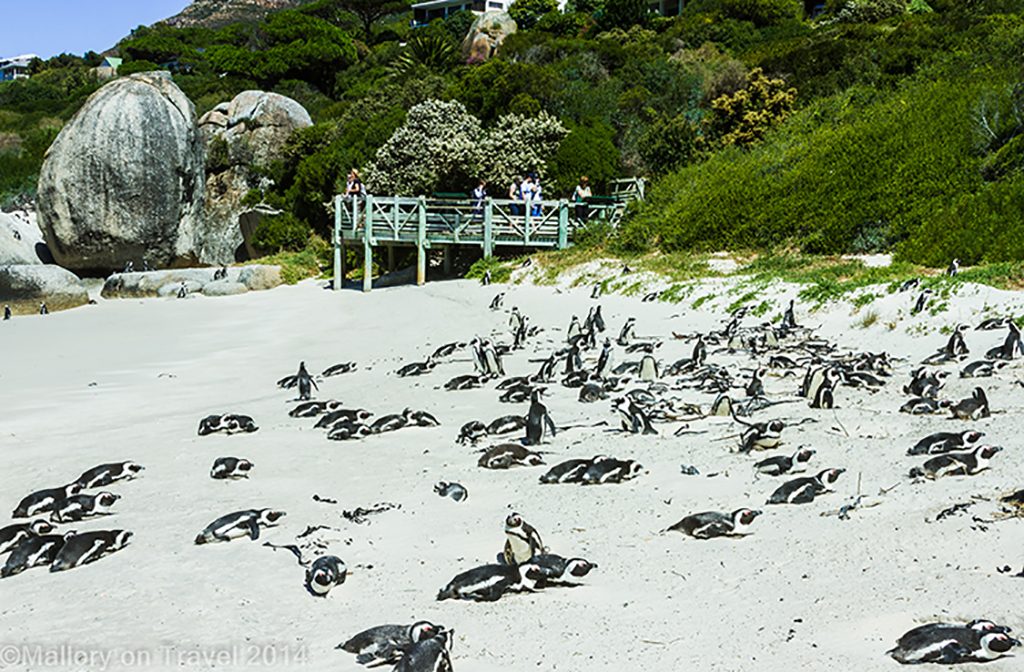 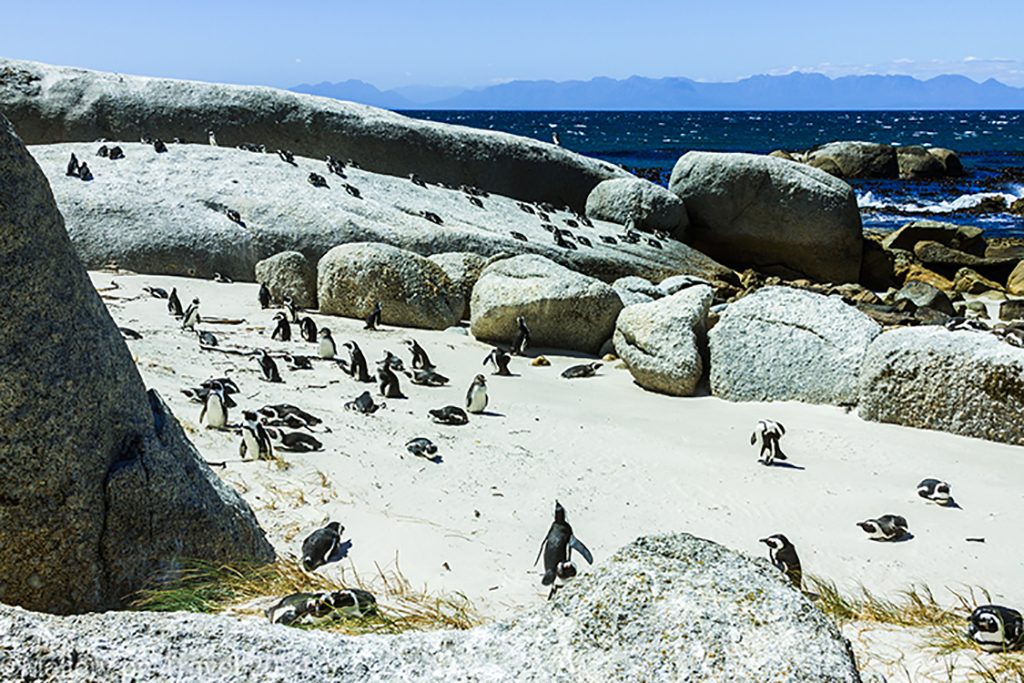 These are the only African penguins, but related to several other banded penguins found in the Southern Hemisphere. They earned their name due to the braying donkey-like sound they make. On the day I visited they seemed remarkably subdued, making little noise and generally the colony seemed harmonious, with few disagreements. 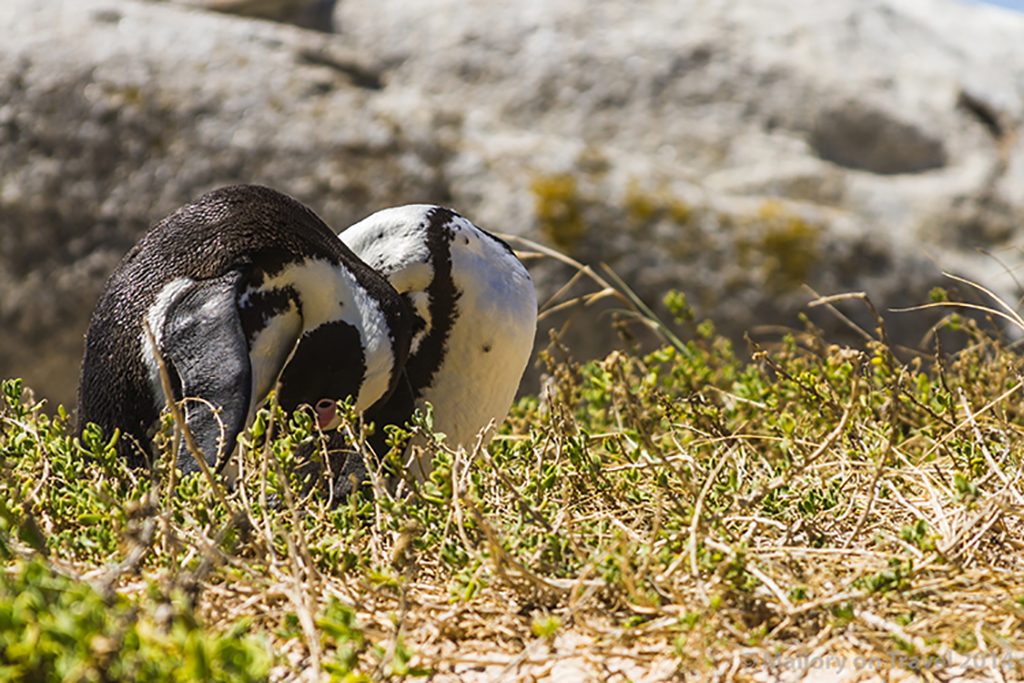 It’s almost impossible not to smile while wandering through the colony, and surely nobody can resist these comic birds. Everything they do seems to generate smiles, and everybody leaves feeling a little better than when they arrived. Hopefully they stayed long enough to enjoy a few of the other attractions Simon’s Town has to offer before returning to the Mother City. 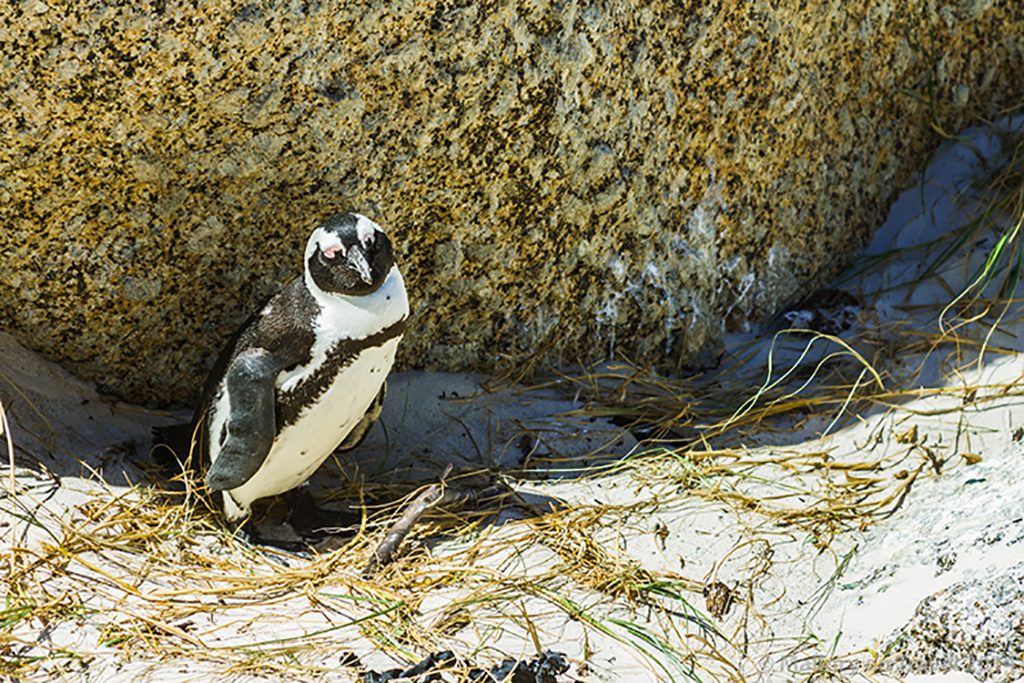 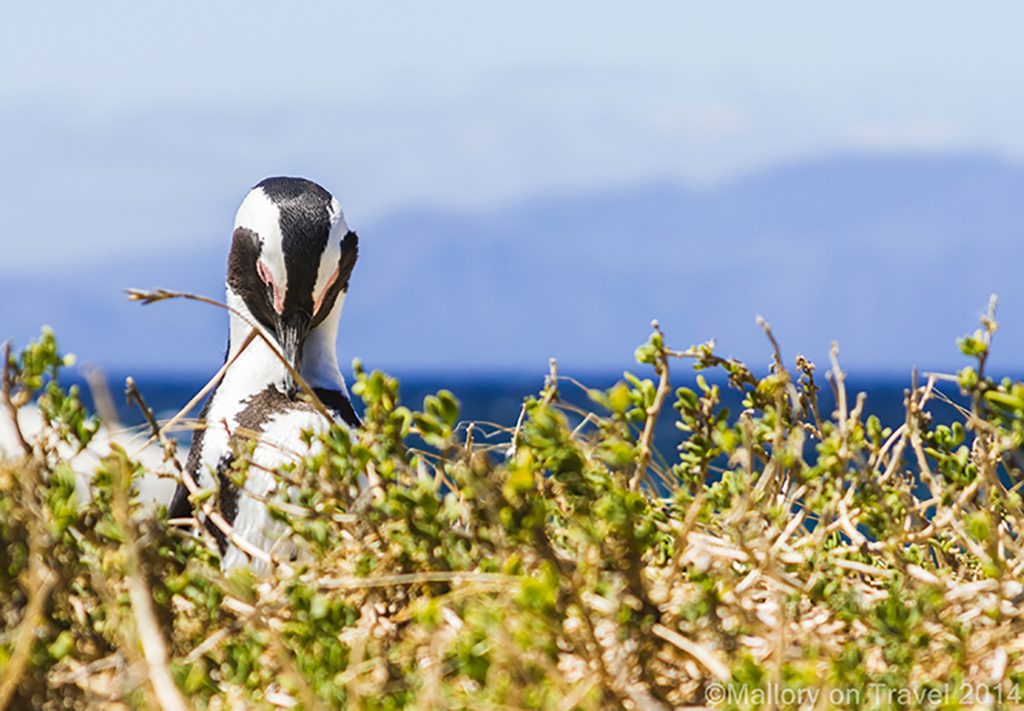