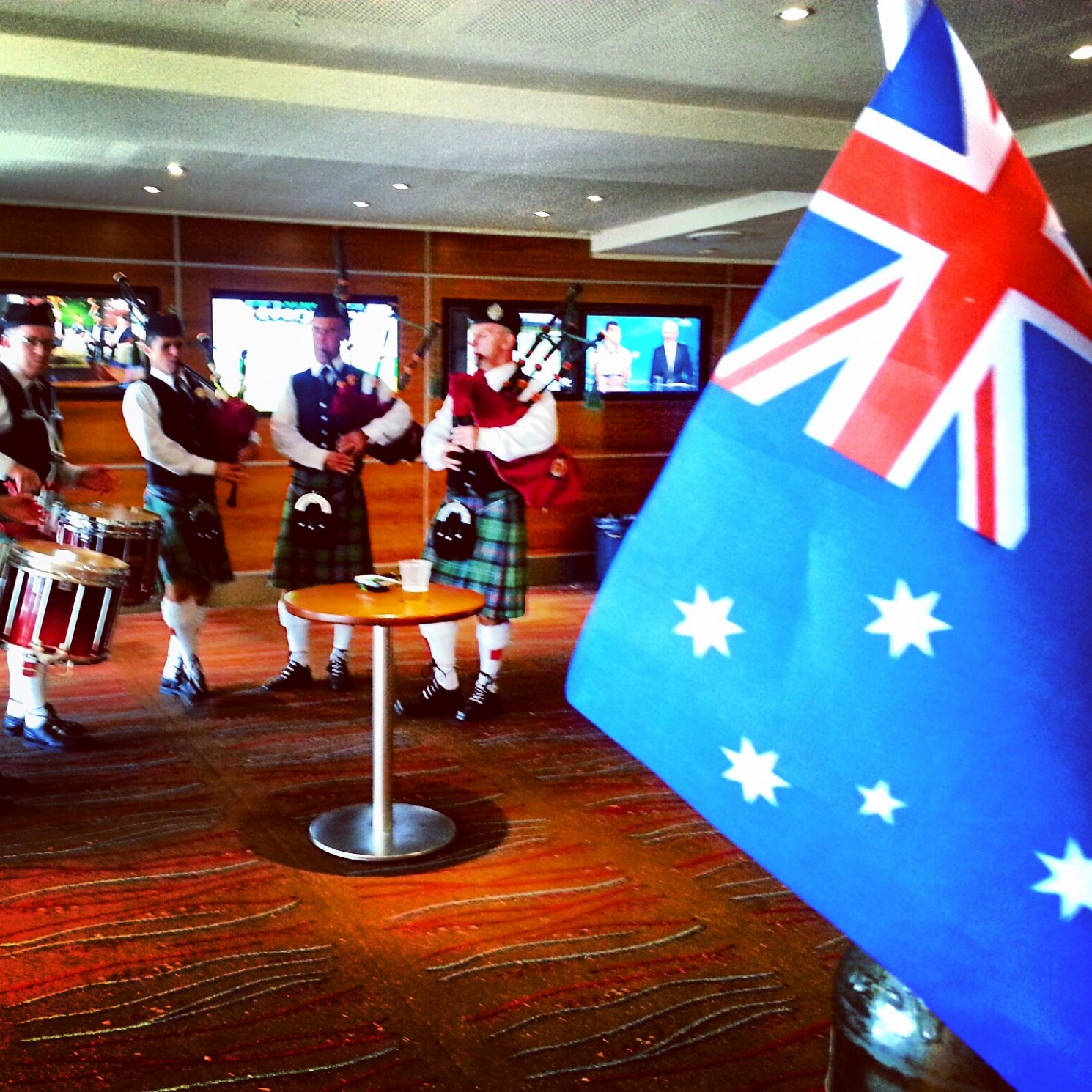 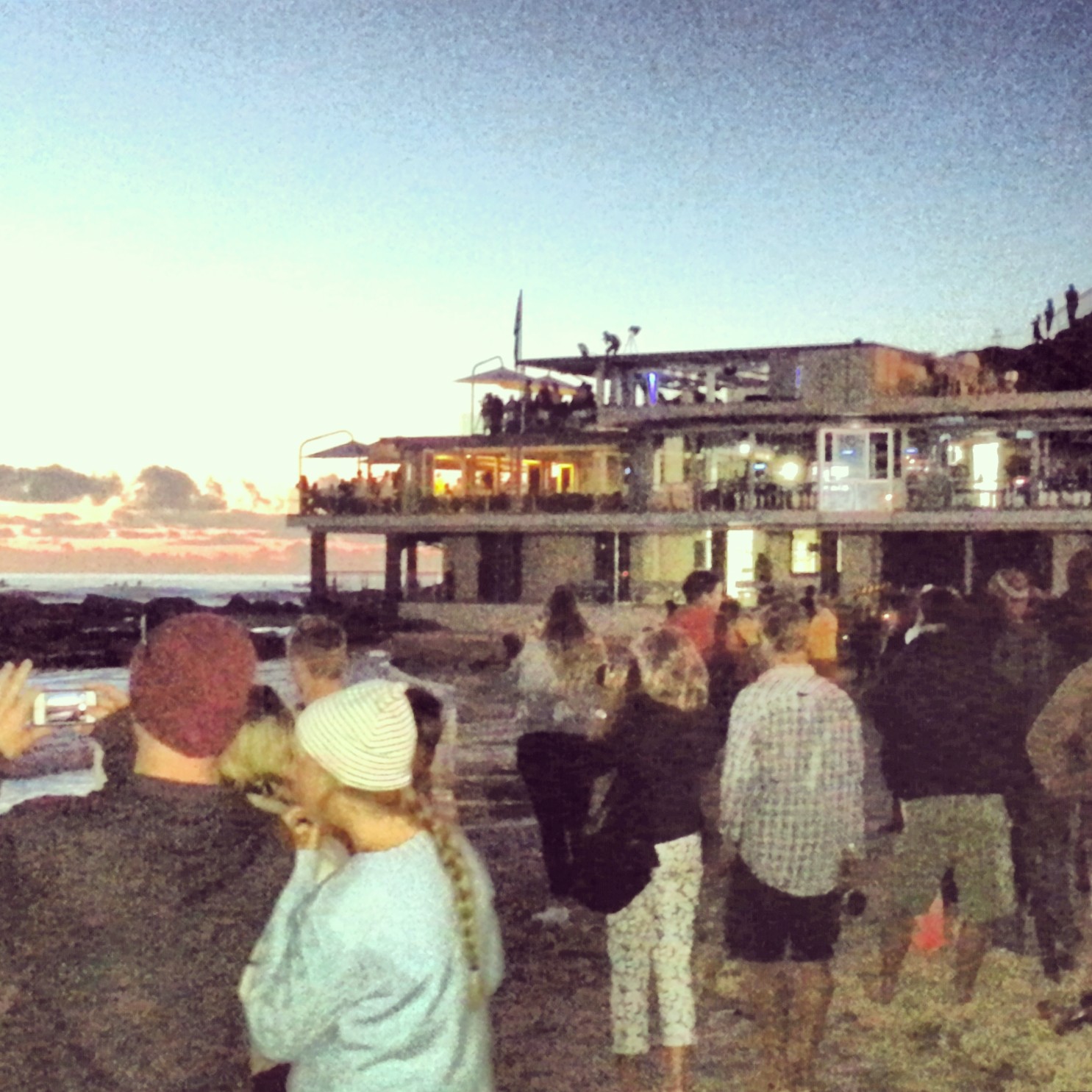 They came, in their thousands, answering the call, as their loved ones had in countless campaigns when their countries needed them.

From the heroic charge at Gallipoli, the trenches of Flanders, the beaches of Normandy, to war-torn Afghanistan, their sacrifices honoured.

Several generations came together on Currumbin Beach, near Elephant Rock, united in their purpose. 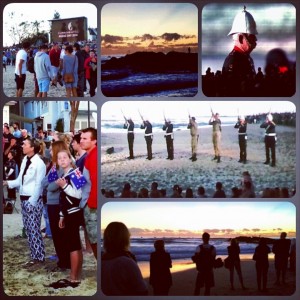 They came, though most were too young to remember the great wars, but many are touched by the loss of a loved one.

Mothers, fathers, brothers, sisters, son, daughters, lovers, friends and the grateful, all came to commemorate those that had fallen.

They came, in cars, on motorbikes, they rode bicycles, or skateboards, they arrived on paddleboards, or surfboards, but most came on foot.

They came, in shoes, sandals, thongs, and many just bare feet.

The evocative sound of a didgeridoo, and haunting bagpipes drawing them inexorably to the beach of commemoration. 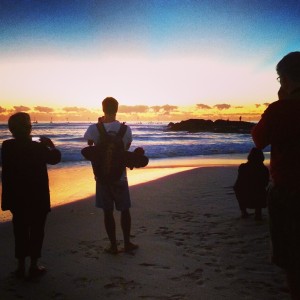 Flag waving children clung to parents, while dozens of camera flashes lit up the faces of a respectful crowd.

They came, in the dark, the sun yet to rise, and warm their faces with it’s golden, life-giving glow.

They came, and stood in the cold sand, watched from the highest balconies, making use of every available vantage point.

They came, filled with emotion; sorrow, pride, respect, gratitude, many experiencing them all. 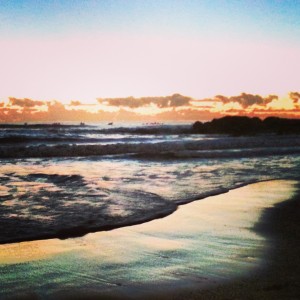 The sands of time

They came, and craned necks to see the large display screen, and listen to the liturgies from veterans, and schoolchildren.

The lamenting melody of “The Last Post” strained to be heard above the crashing waves, on the wet sand of the Gold Coast beach.

They came, and shivered as the chilling notes of the bugle pierced the still air, and stood in eerie, silent contemplation for an eternal minute.

They came, and listened in respectful silence as the roll call of victims of the modern killing fields were individually remembered.

They came, and turned to face the rising sun, as lifesaver crews on numerous small boats beyond the surf held oars aloft in silent tribute. 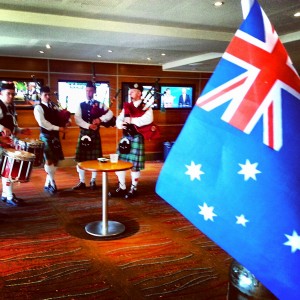 They came, and watched the laying of wreaths by serving military personnel, emergency services, and community youth groups.

They came, and covered their ears as soldiers, sailors and airmen fired rifles into the air, saluting their comrades fallen in over a century of conflict.

They came, and watched as two young girls released white doves, freeing symbols of hope, and peace to fly in formation over the ceremony.

They came, to reflect, to remember, to commemorate, and to celebrate the Anzacs, and the Digger spirit. 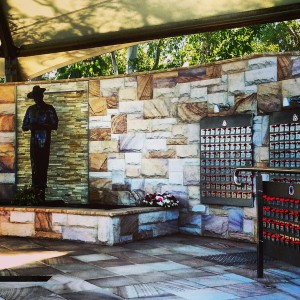 As the sun climbed above the horizon, they slowly drifted away, they’d celebrate with family, and friends, or enjoy a simple beachside breakfast.

The dawn service may have come to an end, but the day was just beginning, their celebrations would continue, and they will never forget.

They came, in their hundreds of thousands, all over Australia, and New Zealand to commemorate the fallen “Diggers”.