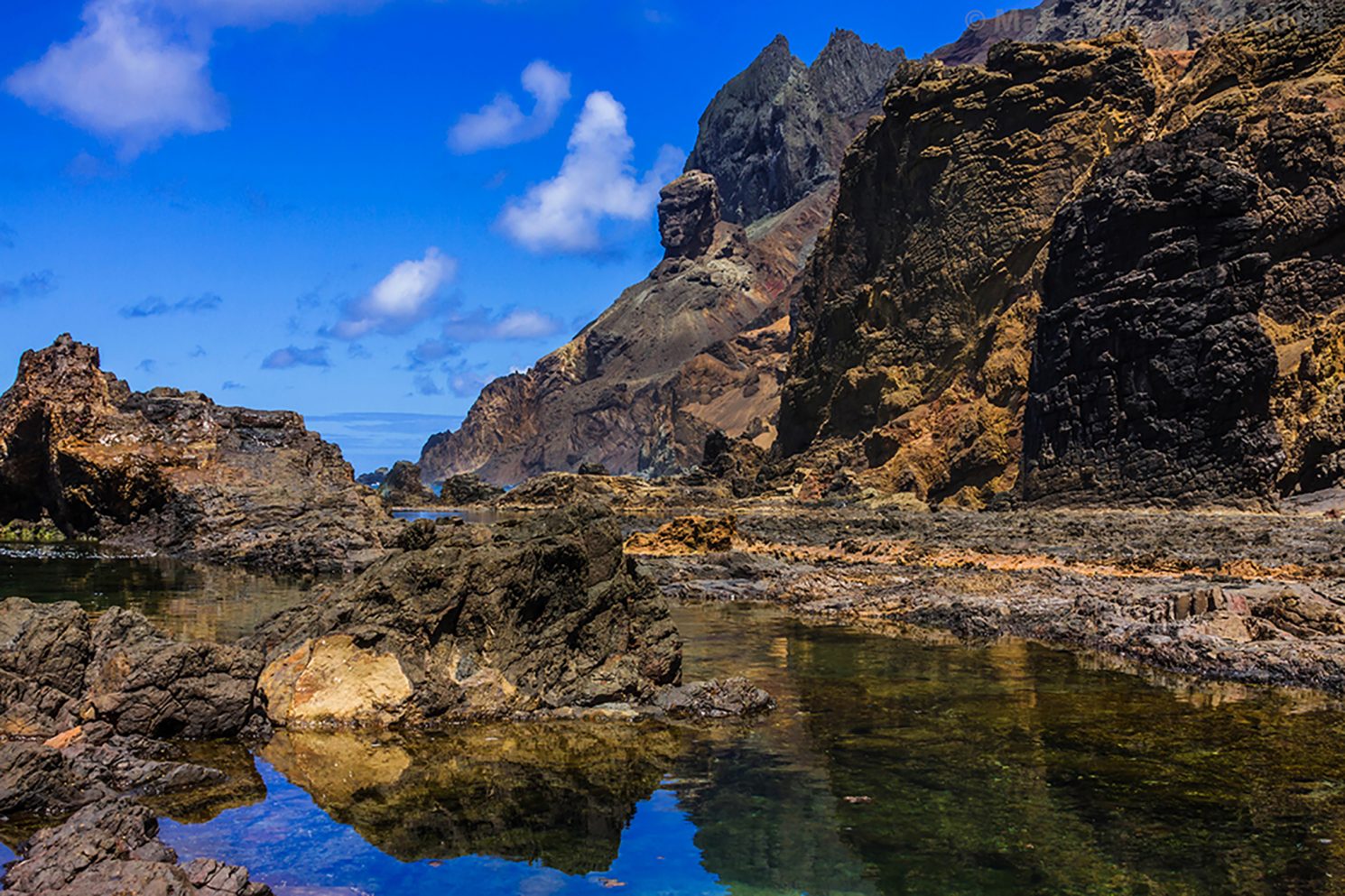 Journeying to St Helena, in the South Atlantic is one of the last, true voyages available. Although the building of an airport is well underway, now the only way to visit is by ship. The 10 day voyage aboard the RMS St Helena is a large part of the attraction. Arriving by sea harks back to the golden age of exploration, and it was with a great deal of anticipation that I finally stepped ashore on the remote island. 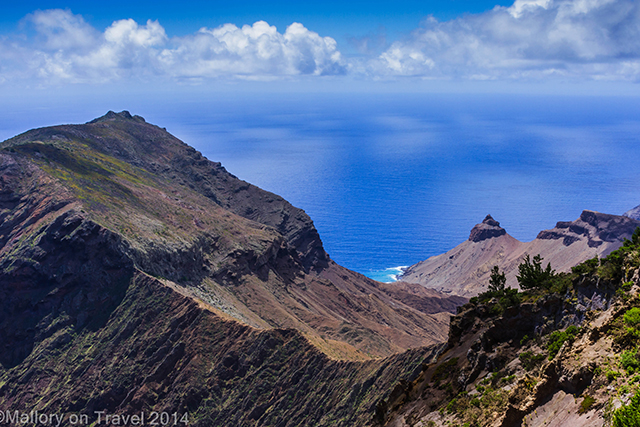 The Barn and Turk’s Cap

At Home on St Helena

“more to the island than the home of Napoleon’s tomb”
The relatively small volcanic lump of rock is home to under 4,000 “Saints”, as the inhabitants are known, and walking down the main street of the capital Jamestown, it’s immediately obvious there is a village community. Everybody seems to know one another, greeting each other with friendly waves, and smiles, while as a visitor I was soon feeling equally welcome. 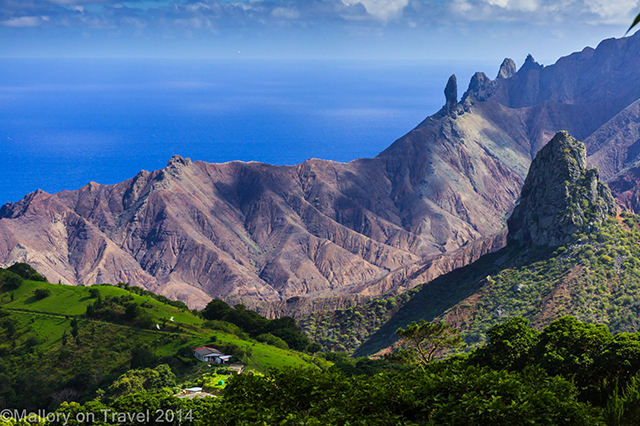 This became even more clear as I settled into the Wellington House guesthouse, which felt like stepping back in time, and had me instantly feeling at ease. Especially after a short chat with the landlady Ivy, her helpful, cheerful manner seemed to epitomise the spirit of the island.

St Helena has been visited by many explorers, the historical celebrities of their age. The list includes Captains Cook and Bligh, Charles Darwin, Edmond Halley, who set up an observatory there, and of course a reluctant Napoleon Bonaparte. 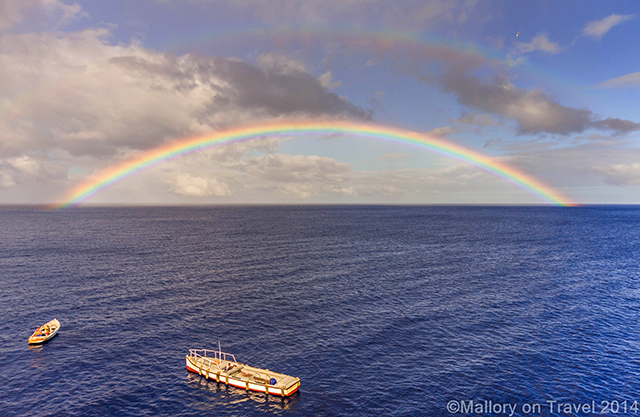 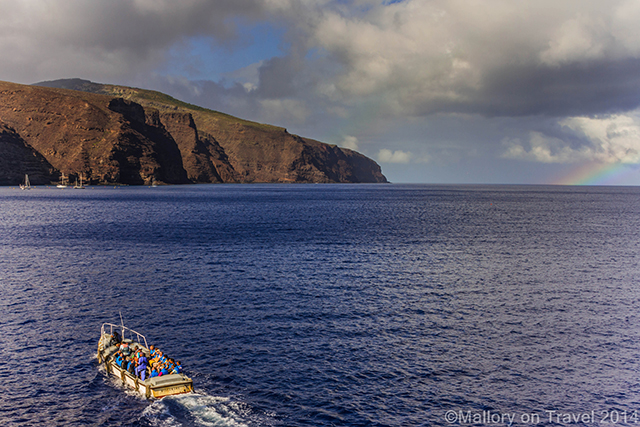 There is a steady stream of knowledgeable, mature visitors to the island. For most however, if aware of it’s presence at all, it is merely the exile of Napoleon; where he died. However, there is much more to the island than the home of Napoleon’s tomb, the title thrust upon it by history. Yet it is only a small part of the appeal of the British overseas territory, and I set about discovering it’s many attractions.

After a before dawn climb of the 699 steps of Jacob’s Ladder, I spent the first day driving around the island in a 4-wheel drive vehicle. Exploring places that the usual tours don’t reach, with my guide Aaron, from Cox’s Battery to Sperry Island. I admired the view of the South Atlantic Ocean from Turk’s Cap, drove along steep, winding roads lined with extensive slopes of flax, the remnants of a once flourishing industry, which now dominates the island vegetation. 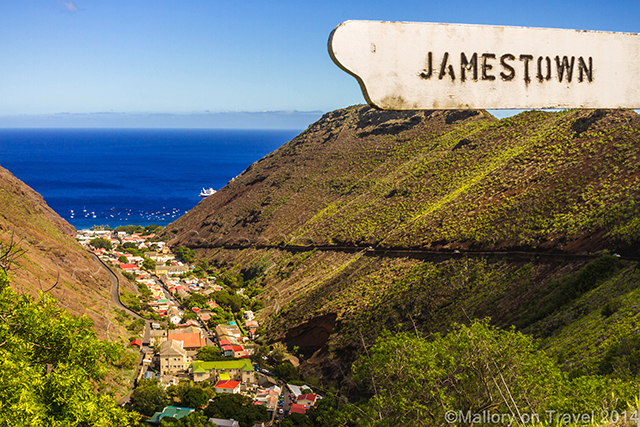 Visiting the “Bell Stone” was a particular highlight, I’d anticipated a bell-shaped stone, however the musical lump of rock hides a more pleasant surprise. Banging a small pebble against what looks like a nondescript lump of rock, produces a melodic note, it’s even possible to play a tune, except for the tone-deaf like me.

Visiting the tomb of Napoleon: Postcards from the Musée de l’Armée, Paris 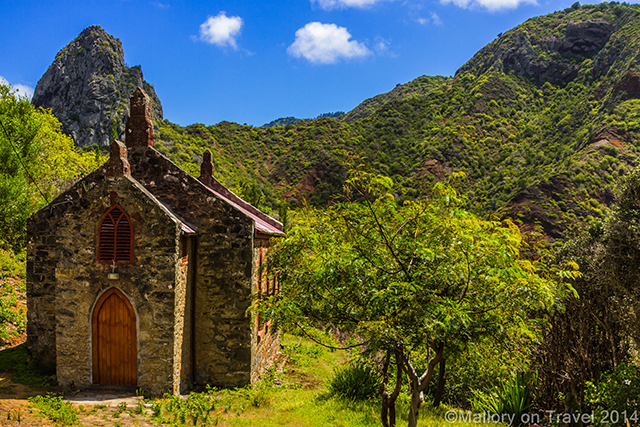 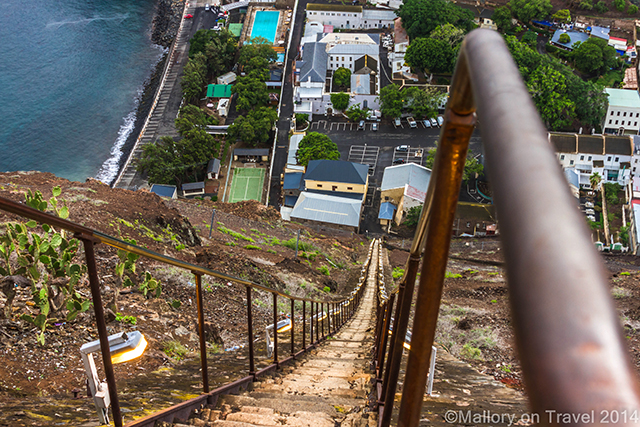 It’s a great way to discover the island, and I was already realising there was plenty more to explore. The Napoleon attractions of the Briars, Longwood House, and of course the tomb in Geranium Valley required a visit. Even if the tomb is empty; he now rests in Les Invalides, Paris.

“I spent a morning crawling between cow pats”

Over the next few days, I witnessed beautiful sunsets, and sunrises, trekked to Lot’s Wife Pond, a natural swimming pond refreshed by the crashing waves of the South Atlantic, and surrounded by a stunning, and rugged scenery landscape, and met scores of friendly locals. 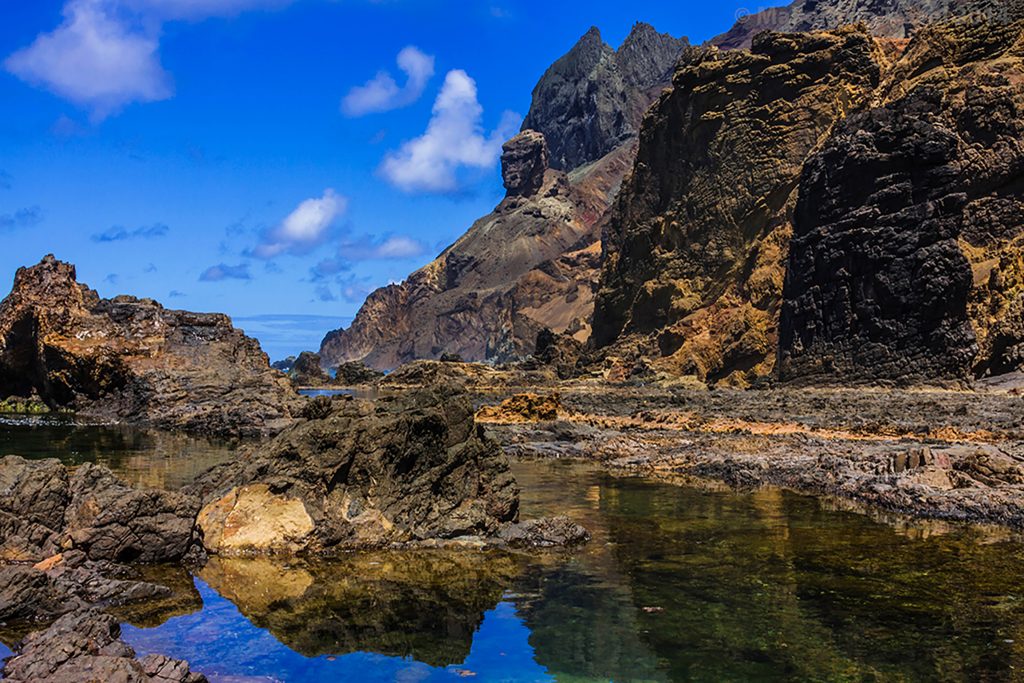 I spent a morning crawling between cow pats, stalking the skittish, endemic wirebird, crept up on fairy terns, and hung out with the islands most famous resident; Jonathon. The celebrity, giant tortoise is beginning to lose a little of his blistering pace, but as the oldest known living land animal, he’s still the main attraction at Plantation House, the Governor’s home. He even attracts attention from the international media. He was a true professional throughout our meeting, obviously used to dealing with the demands of paparazzi photographers. 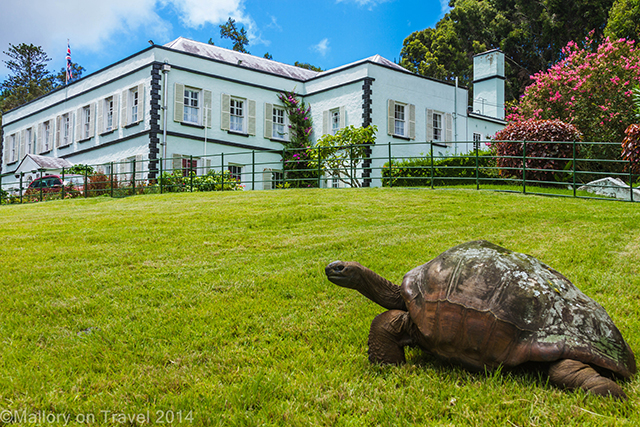 Plantation House, but not Jonathon

Tasting the produce of a distillery described as the most remote in the world, was a worthwhile way to spend an hour. It’s an impressive operation producing gin, spiced rum, coffee liqueur, and tungi.  This is the potent spirit made from the “prickly pear” cactus, and a speciality of the island.

There was even an opportunity to tick off a bucket list activity; swimming with a whale shark! I’d enthusiastically jumped off the charter fishing boat into the South Atlantic swell, the largest fish in the oceans swam within a few feet of me, repeatedly. It’s unlikely there has been a more excited trail of bubbles in the Southern hemisphere, and although the fishing hadn’t been too successful, with only one small yellowfin tuna on-board, it was still the best fishing trip ever. 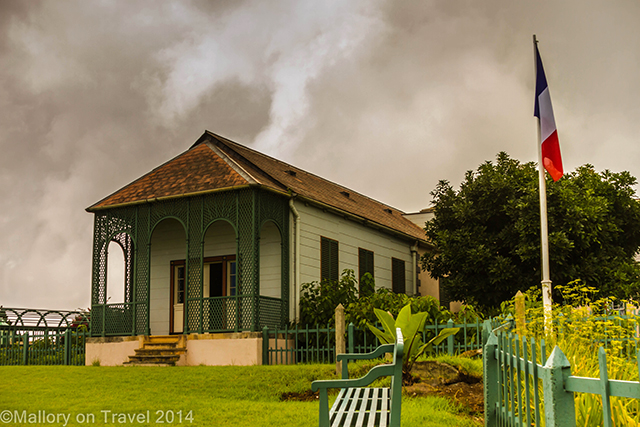 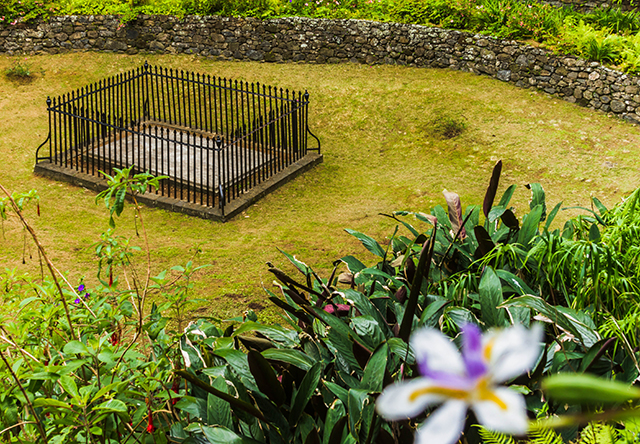 Dining on the island is exceptionally good value, unsurprisingly, seafood is amazingly cheap, if not fine dining. I was even informed it costs less to feed pet cats on tuna steak than on tinned cat food. It is often a challenge however, it’s a small island, which often means the few restaurants available are either full or  closed. Once ashore, the few dozen tourists off the ship strain Jamestown’s dining options, so booking early is a necessity. If staying at Wellington House I’d recommend trying at least one of Ivy’s home cooked meals.

St Helena cannot be described as a fine dining destination by any means….. at least not yet! 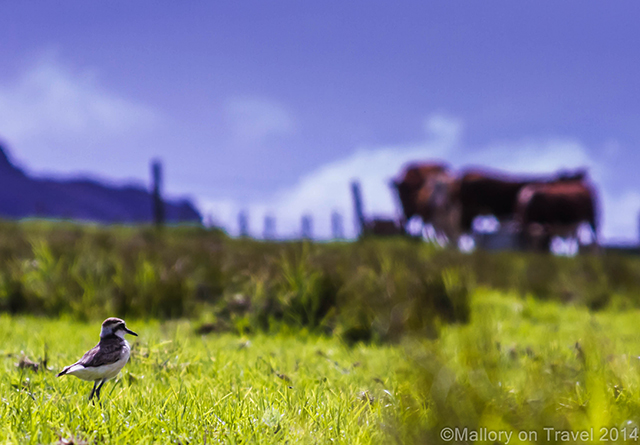 “still one of the last remaining true adventures available”
Meeting a number of the “Saints” was a privilege, they are always good company, friendly, with many of stories of their own. They were keen to hear why I was visiting the island, and even laughed at my poor jokes. The tourism board had arranged several opportunities to meet a number of locals, each time was entertaining, leaving me looking forward to the next meeting even more. 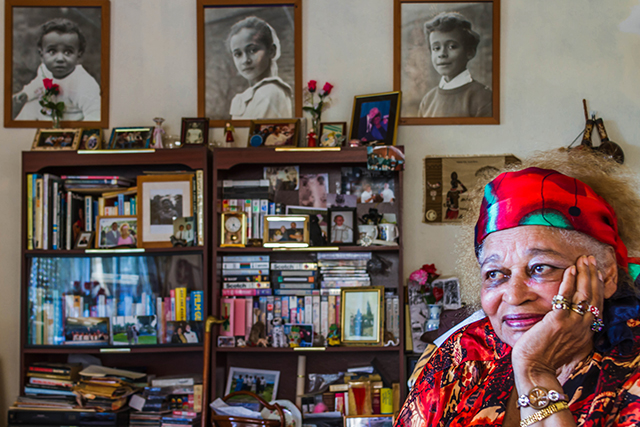 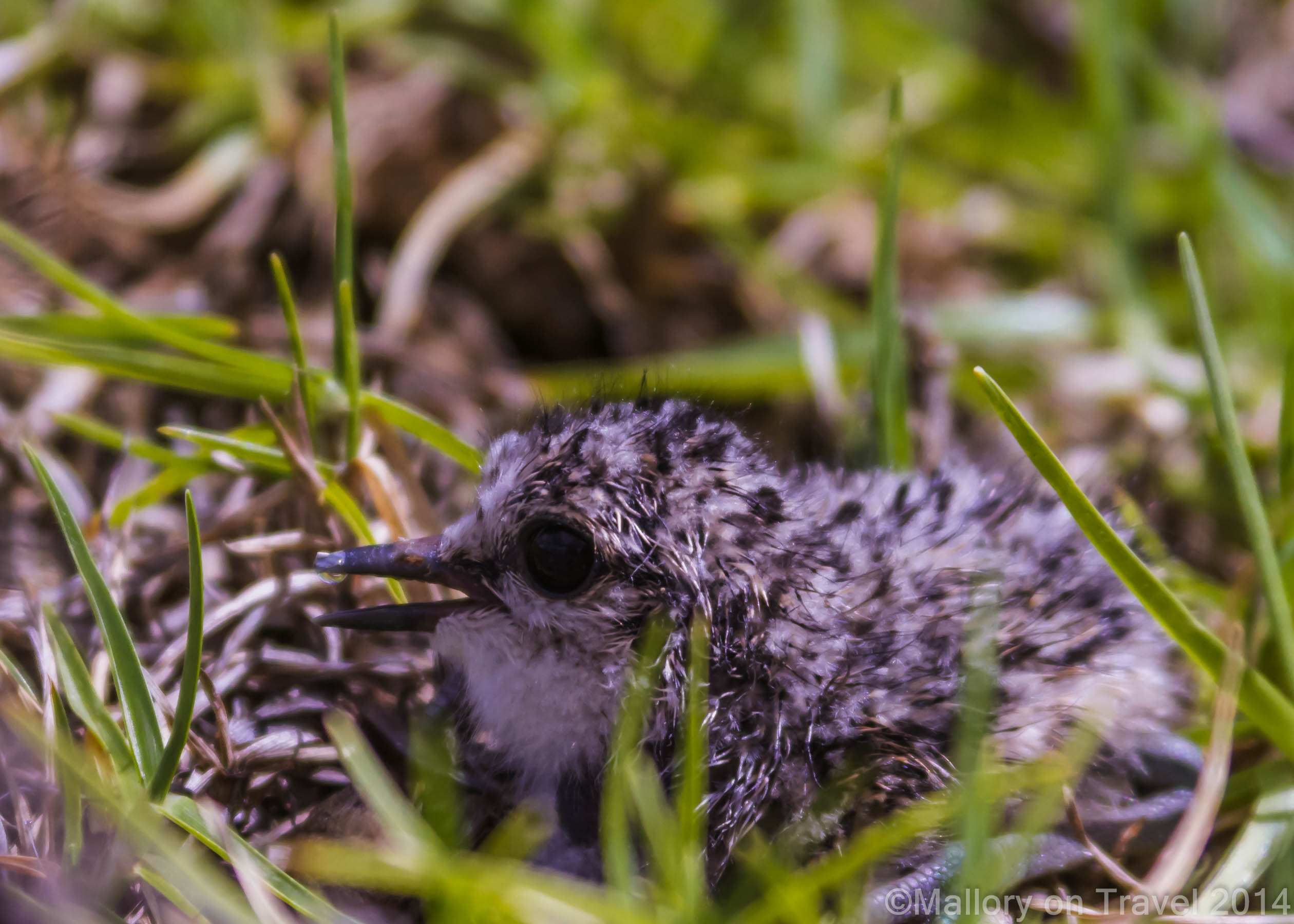 St Helena is a close-knit community, even those that have left the island, working in Cape Town, Ascension, the Falkland Islands or the United Kingdom still seem part of the island community. Everybody knows everybody, their business, and they are always keen to hear, or share news about Saints abroad. 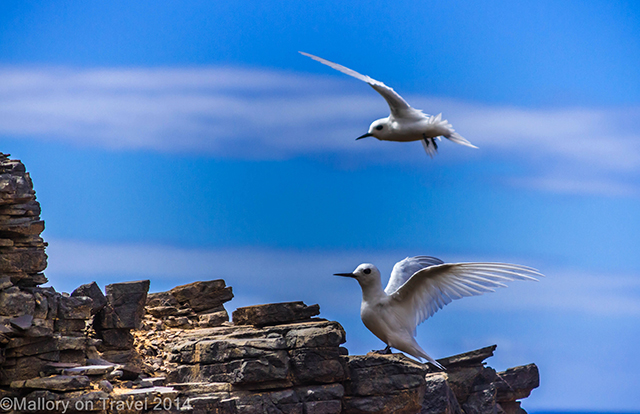 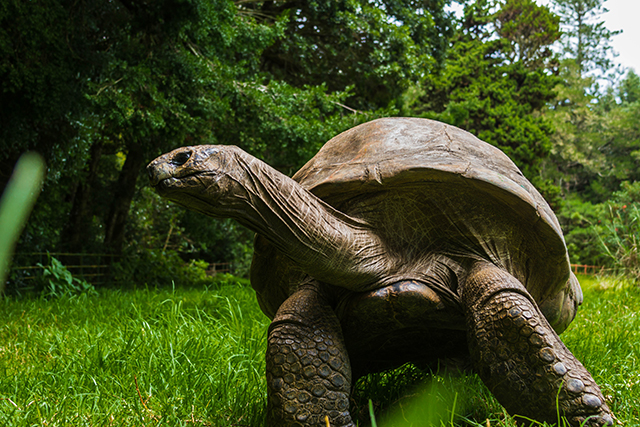 Exploring one of the world’s most remote islands had been great fun, and although I’d been assured 8 days would be enough time, I still boarded the ship feeling that there was  more to explore. An ideal escape, that will become more accessible with the building of the airport, but until then it’s remains one of the last, true voyages we can make. 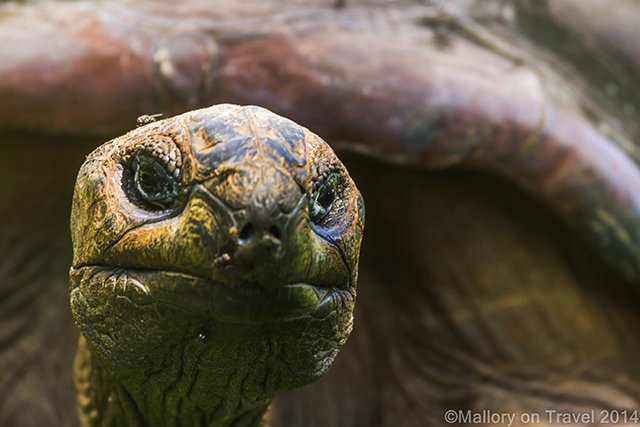 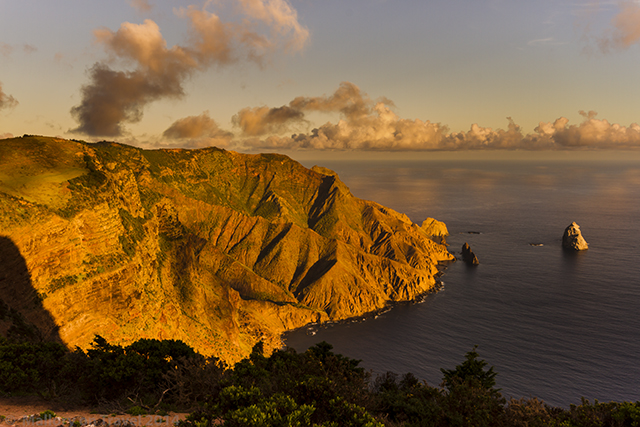 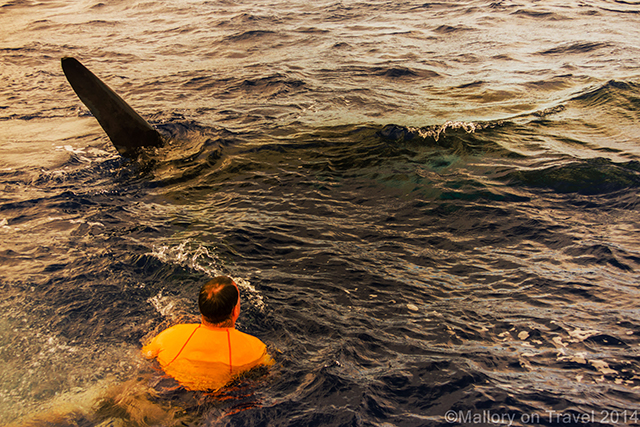 Swimming with a whale shark