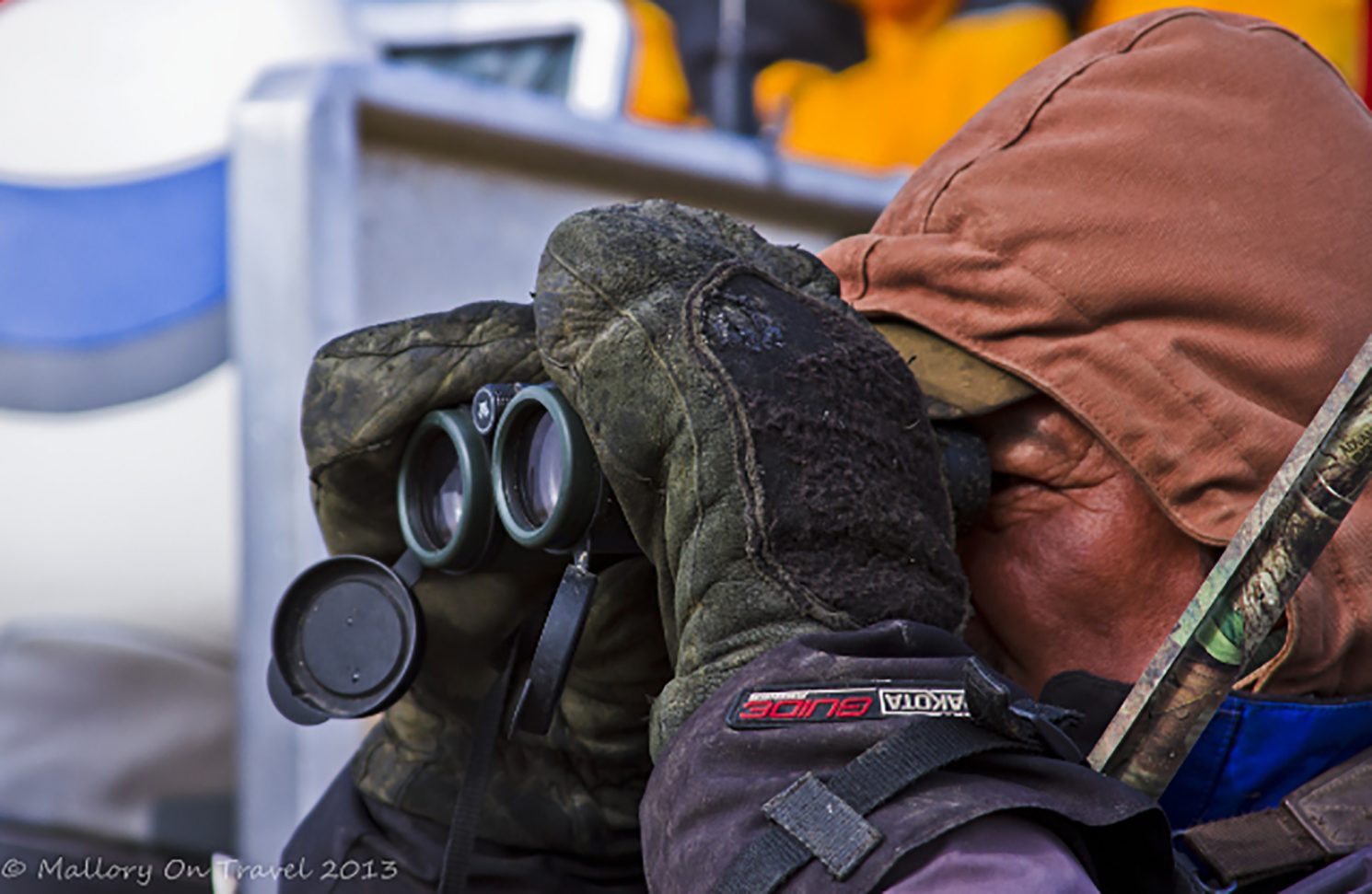 “You have to look for this stuff” are the words of wisdom from Albert, our Swampy Cree guide in Manitoba. We were tracking moose, and had just found some strands of course, thick hair from an overhanging branch in a spruce tree. We’d deserted our trusty motorised steeds and were stomping through the saturated grass swamps, wearing wellington boots in the hope of spotting some of Canada’s most iconic fauna; moose or maybe even wolves. 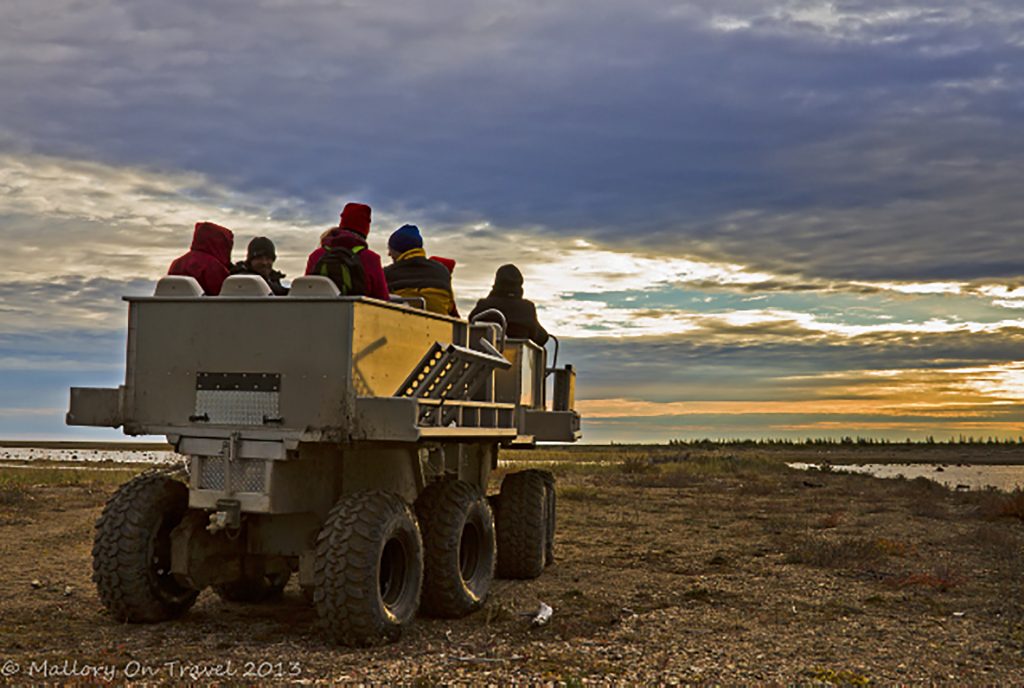 We’d been spoiled during our visit to Nanuk Polar Bear Lodge on the shores of Hudson Bay. There had been several polar bear sightings, both while exploring the surrounding area, and close to the compound. One bear in particular seemed to enjoy visiting, and had interacted with us on a few occasions, coming very close to the lodge fence. We’d also been within 30 metres of a mother and cub, and seen a black bear more than once. 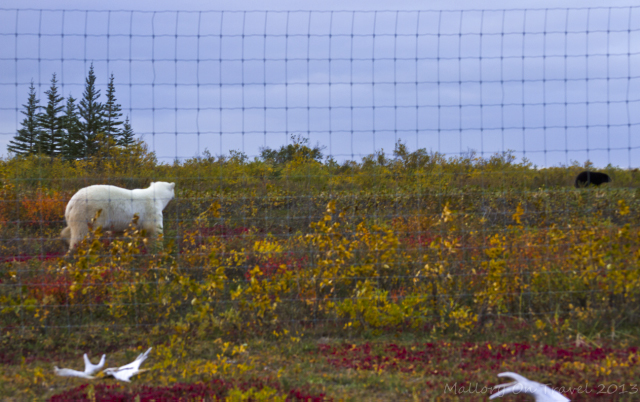 The black and white bear show 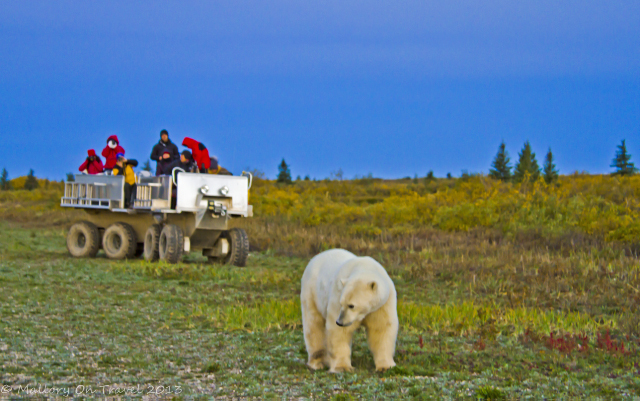 Especially exciting encounters had been when the black bear was seen with our friendly white bear in the vicinity. It would strut it’s stuff until it sensed its bigger more aggressive cousin, then it would stop dead in it’s tracks, sniffing the air. As soon as the white bear made its presence felt, letting itself be seen our black visitor would scuttle off super quick. It’s size is impressive, until seen along the polar bear, which simply seemed to dwarf it.

On the morning of our moose hunt, we’d been treated to another encounter with the frequently visiting polar bear, now named Nanuk. It had been another special meeting, as he moved cautiously between our vehicles, getting relatively close without the intervening fence. 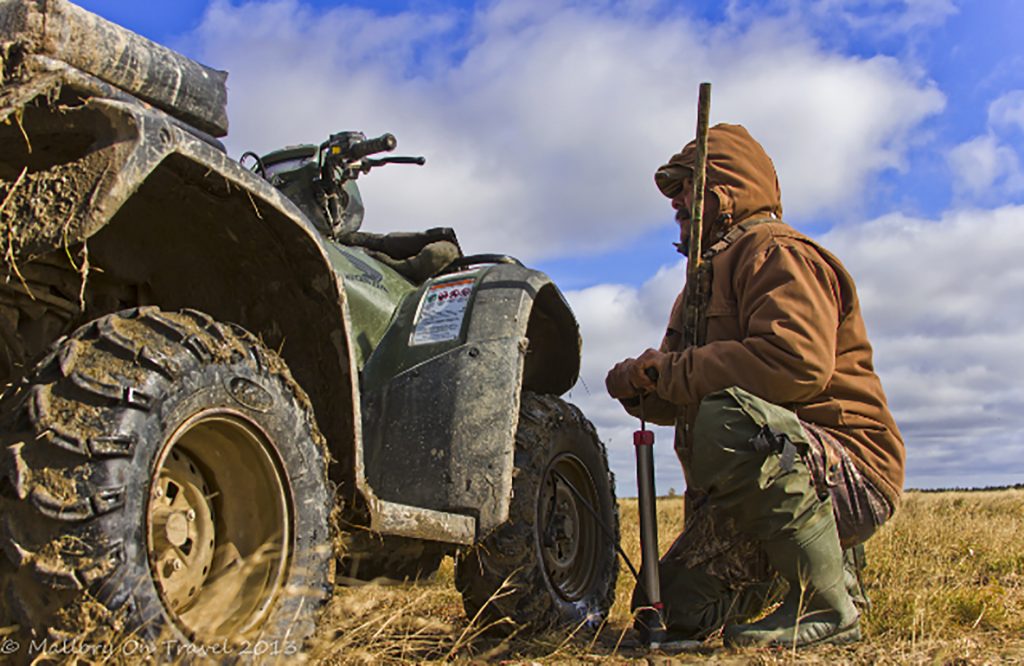 The most important thing for a photographer in any of these situations is to capture the moment first, regardless of camera settings. Have the camera setup for the prevailing conditions for any anticipated situation. If time then allows necessary adjustments to be made, possibly even changing lenses to improve on the first images taken, but get the picture first!

Wildlife is unpredictable, and it’s better to have a less than perfect image, than none at all. If the intended target suddenly bolts, the opportunity is lost. 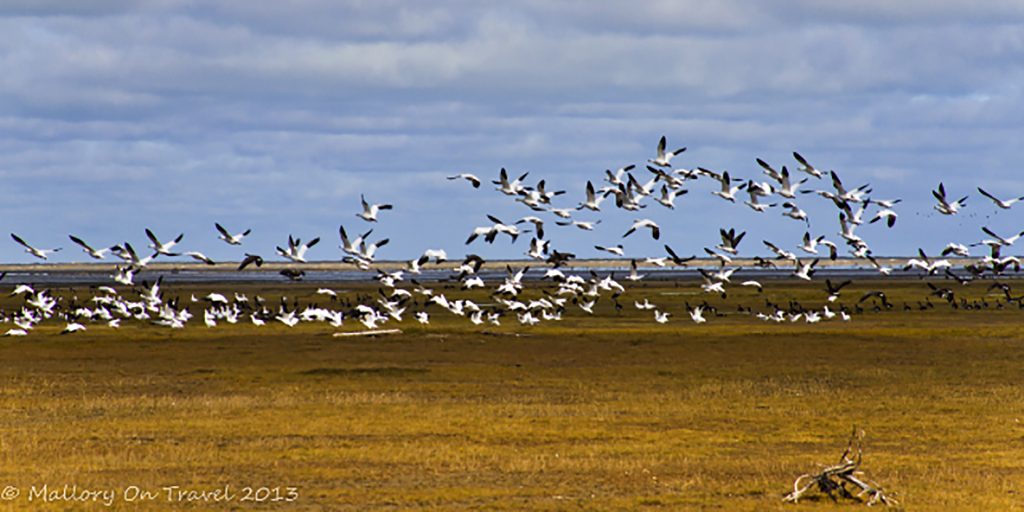 Hunting is in our blood, we descended from hunter, gatherers; our ancestors foraging far and wide for the prey species which they needed for survival. Even today indigenous people still hunt with rifles, arrows and even spears providing for their families. There are still some that hunt merely for pleasure, sadly their ultimate thrill is to kill a wild animal.

Fortunately, most of us can experience the thrill of a modern safari armed only with a camera. We can track the most exciting creatures in vehicles or even on foot, without it resulting in a dead animal. We have a more fitting trophy; a well captured, exciting image of a still living creature. 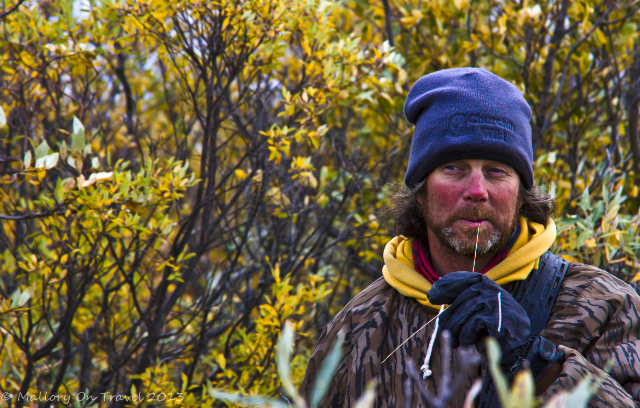 Andy getting his fibre 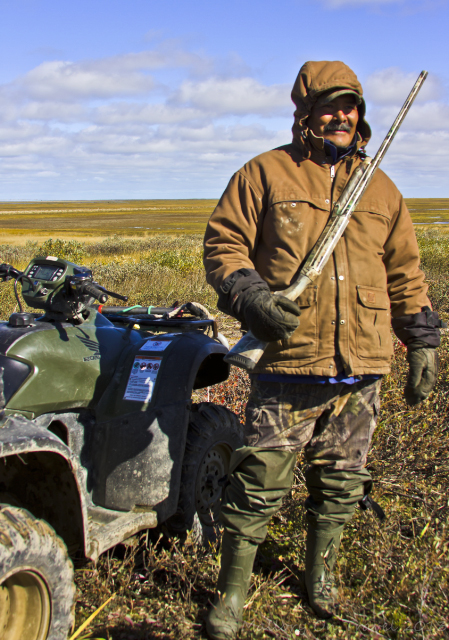 On this day, we dismounted our vehicles, and made our way through the wooded swamp, making as much noise as a herd of miniature elephants, loud squelching, rustling clothing, snapped twigs or branches, and constantly chattering. It’s little wonder that Albert was having some difficulty creeping up on unsuspecting moose, they weren’t really unsuspecting. 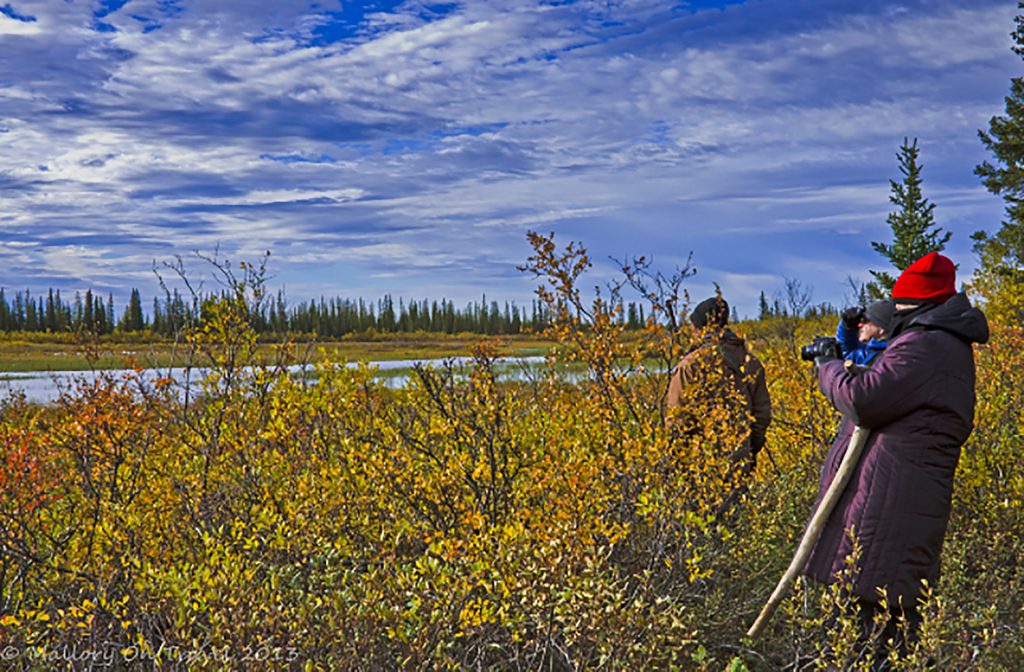 Albert and many generations of his family have hunted and trapped in this region for generations. His family was employed by the York Factory settlement, trading and distributing furs until as recently as 1957. All his skills, passed down through generations were being put to the test. 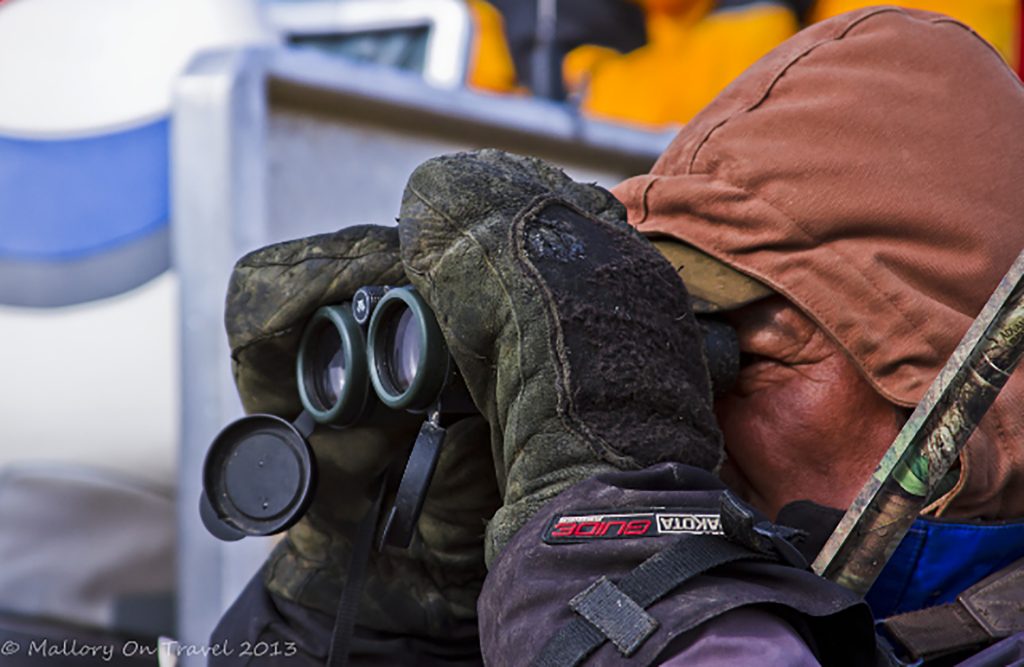 Along with our other guide Andy, he stopped regularly, checking for any signs, fresh trails, tracks or scat, broken branches and of course hair. It was as exciting as any safari, and in this rugged, but stunning landscape was a fun way to spend our last morning in Manitoba. 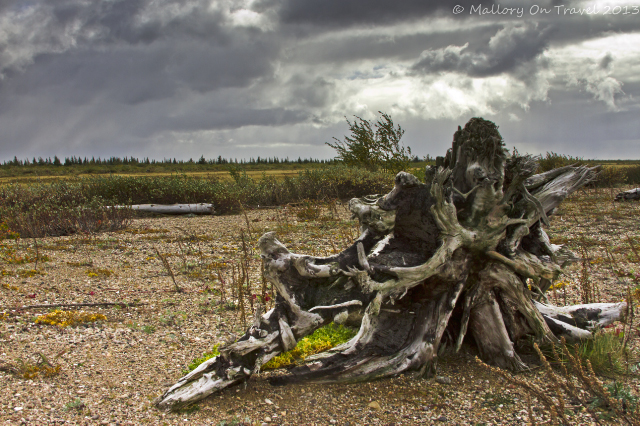 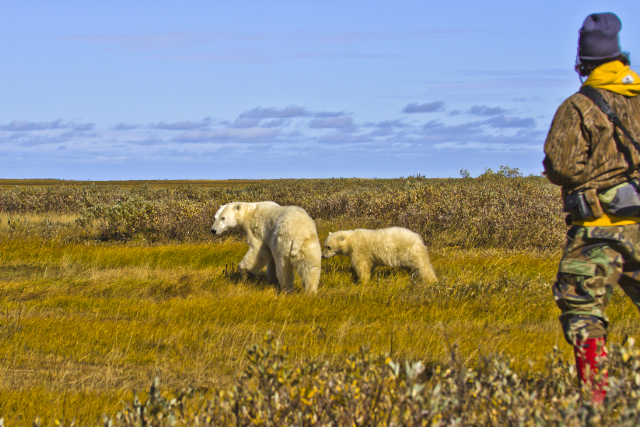 Despite our guides skill, we never did see a moose, which may seem surprising for an animal which can stand 7.5 feet at the shoulder, and have antlers which are 6 feet end to end. It isn’t any reflection on Albert, more down to our over-sized wellington stomping through the swampy woodland, and it’s pretty certain although we didn’t see them, they certainly saw us!

We still had a lot of fun however, disturbing wildfowl, often causing huge flocks to take flight. We also got eye to eye with a goldeneye duck which Albert not only found, but caught for us to see, before letting this one escape the dinner table. 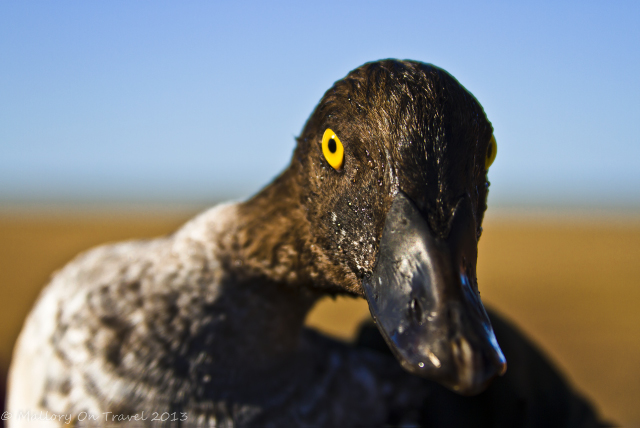 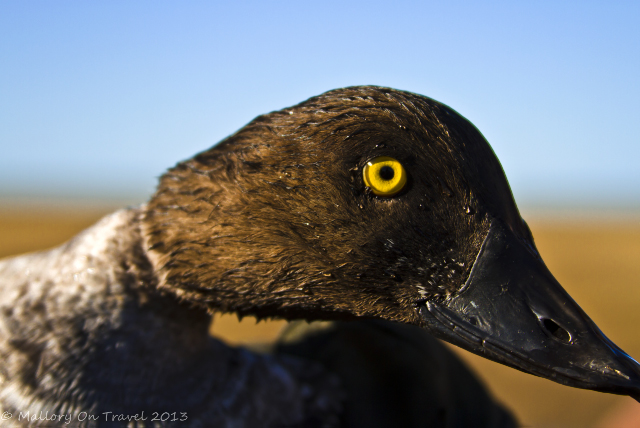