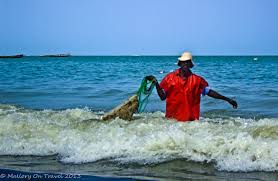 Fishermen may not seem sexy and a surprising topic choice for a photography and travel essay. Their tall tales and fondness for exaggeration aside some guy in chest high waders is only likely to appear on the front cover of  “Fly Fisherman” or perhaps “Fetish Monthly” rather than “Vogue” magazine. Firemen and other uniform wearing men of action are much more appealing to well just about everyone actually. 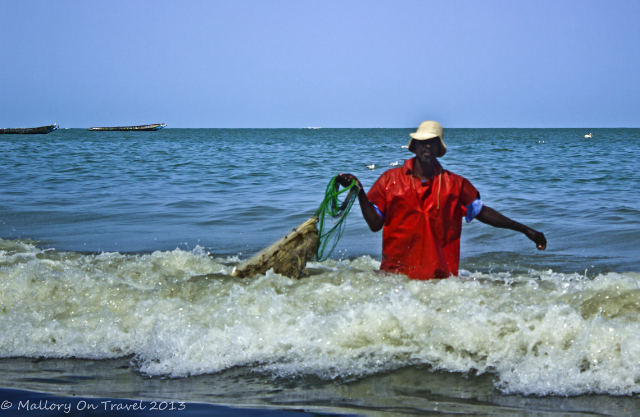 Wading amongst the waves

They have however, already featured on several posts on this site, often waxing lyrically about my  romantic perception of fishermen and their vessels. Their daily struggle with one of nature’s most powerful forces, the ocean. Romanticism aside I have a deep respect for those that make a living from the oceans. They are hard working, starting early, spending long days at sea and constantly battling with the irrepressible power of Mother Nature. 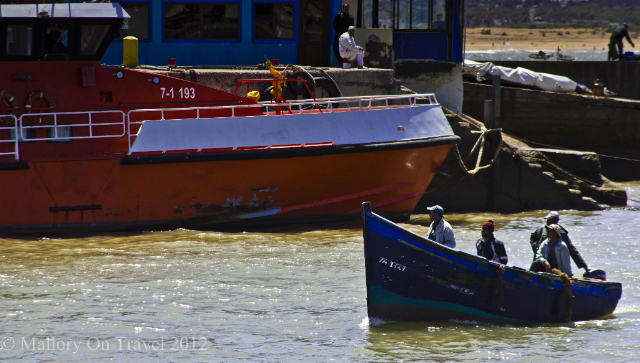 However there are fishermen and then there are fishermen. Those that enjoy angling or sport fishing, one of mankind’s most popular pastimes may seem a little less worthy of our admiration. Sitting alone for hours, watching a small bobbing quill float may not seem very tasking but the patience involved should be respected. There are also sport fishermen that travel for weeks, even months to the most remote corners of the world, struggling through dense jungle and enduring many hardships for the opportunity to hook rare and often huge specimens.

Net fisherman in Cuba at sunset

Fishing for game fish such as marlin on relatively light tackle can involve genuinely epic tussles between angler and fish often lasting several hours, leaving both fish and captor exhausted. Despite catch and release programmes however it is saddening to still see images of these magnificent oceanic nomads, sometimes several in a row, hanging on the docks of game fishing capitals. The happy smiles of the captors reminiscent of those on the faces of hunters, posing with recently killed lions, elephants and rhino on the embattled plains of Africa.

Carp fishermen are the snipers of the fishing world, stealthy and patient, blending in with their background. They often spend several days camped by the side of a lake in pursuit of their quarry. 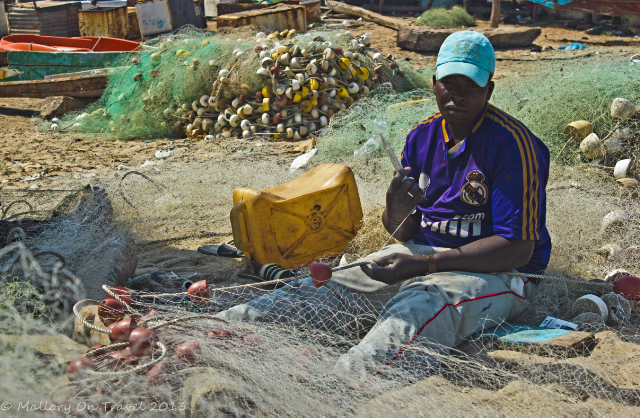 Fly fishing does seem to have been romanticised. Wading through fast flowing streams and rivers, armed only with a wand of fibreglass or carbon fibre. With deft flicks of a handmade fly onto the surface, they hope for a battle with the king of fish, the salmon. Fly fishermen seem to be the aristocrats of the angling fraternity, requiring great skill. Peers of the realm, and even royalty can be counted amongst its participants, and catching on the fly is a method many aspire to.

It is those that make their living from the ocean, often risking their lives to provide food for their family that impress me most. Setting out in small handbuilt boats, long before most of us have even considered getting out of bed. They battle against the crashing waves in fragile craft, heading far out to sea, in search of shoals of fish which are becoming increasingly difficult to find.

Whether they use nets or longlines, catches are probably diminishing, our seas are being plundered by huge factory ships which drain millions of tons of fish from the oceans every year. 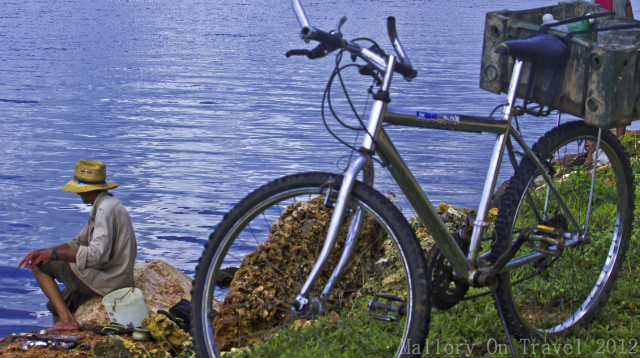 Patience is the key

Individual fishermen stand on harbour walls or wade out into the breakers to cast small nets, filling buckets with shrimp, crab and fish. The smallest maybe thrown back but the majority will be kept, nothing is wasted, all the catch is used. They will be grilled, poached or stewed to feed the family for the following day, some maybe smoked or dried and kept for another day. 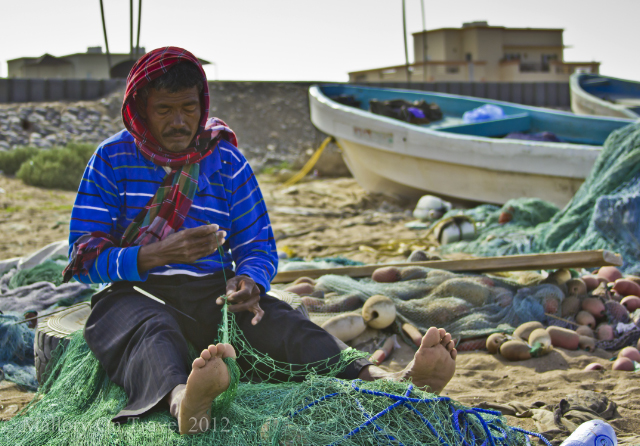 Omani repairing his nets in Seeb 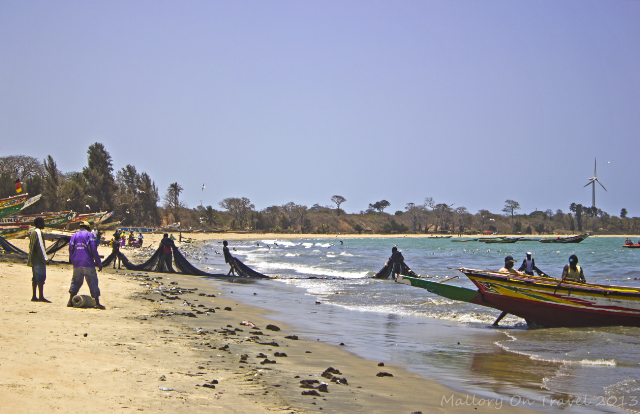 Working the nets, The Gambia

Fishing often appears a lonely existence, one which takes fishermen away from their families for many days, miles from coastlines and safe harbour. Small boat crews are probably close-knit, comrades in arms. Although there will also undoubtedly be some tension at times, it seems likely that each man trusts his companions implicitly, his life may genuinely depend on it. This is the brotherhood of the nets. 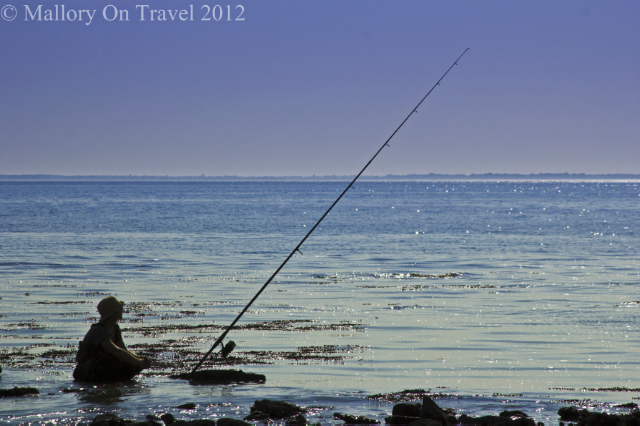