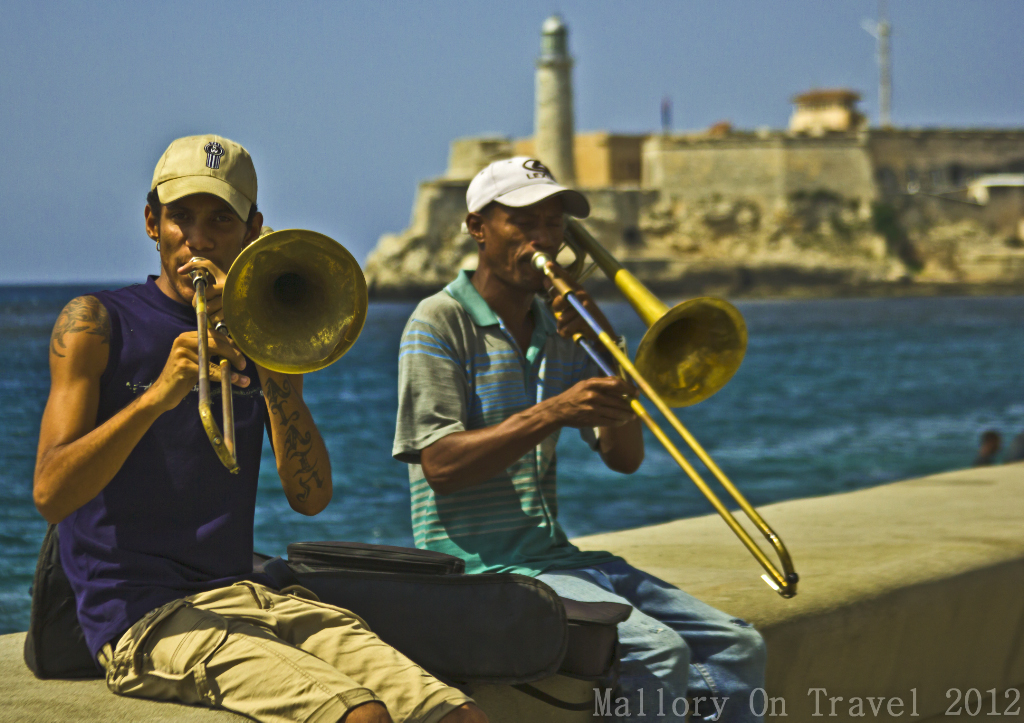 Cuba is a country of portraits. There are so many characters on the streets, in the old plantations or selling sugar beet from market stalls, which are little more than blankets on the ground the opportunities are many. 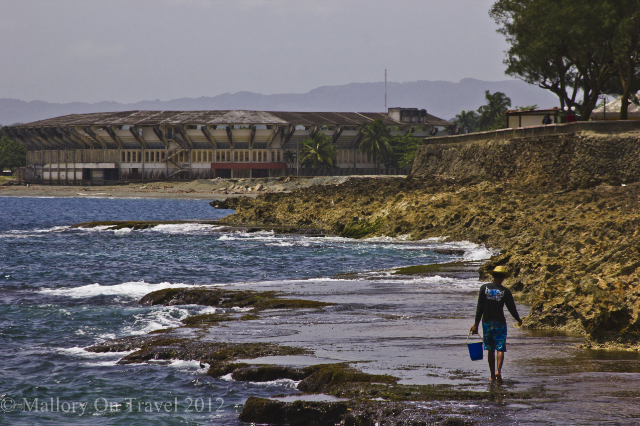 Fishing in the shadow of the baseball stadium

There is plenty of activity regardless of whether on the busy streets of Havana or in the disused baseball stadium in Baracoa there is always something of interest happening. 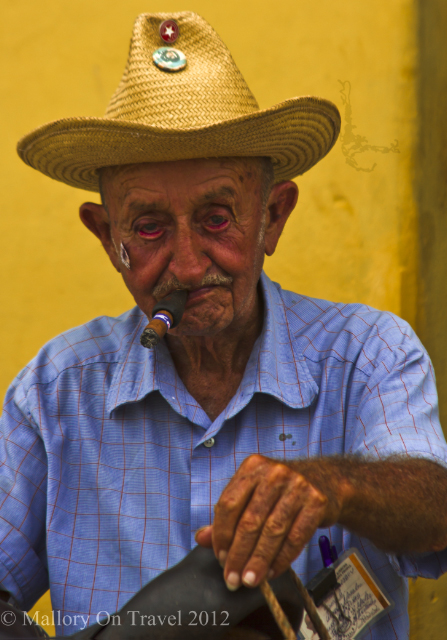 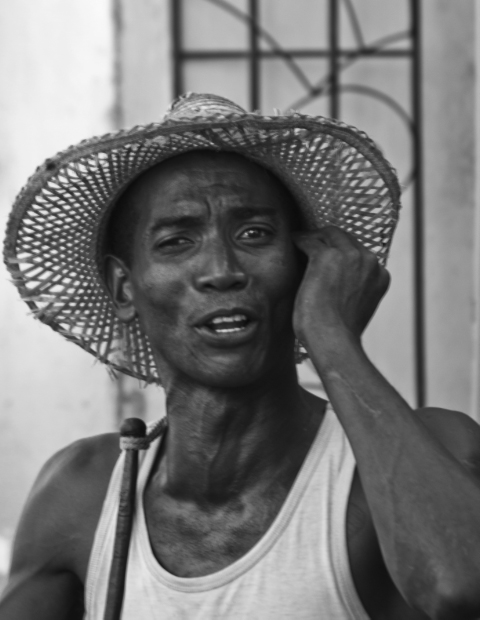 Taking a call in Trinidad

Taking a stroll along the Malecón into Old Havana there are young musicians sitting on the seawall playing jazz on trombones and drums while below them even younger children take turns to jump into the warm Caribbean sea. Colourful flower ladies sporting large cigars in their mouths target camera wielding passers-by in the main squares of the city or anywhere tourists congregate.

Just outside the derelict stadium in Baracoa craftsmen tempt unexpected visitors with hand carved domino boxes or mojito muddling tools. Happy to allow a detailed inspection of their goods before beginning the negotiations that will hopefully secure a sale. Inside the stadium several groups of young people play football, baseball is out of season so the bats have been left at home.

On the far side of the stadium further groups enjoy beer and music on the black sand of the Baracoa beach. Twisted blackened branches are strewn haphazardly along the seashore like gnarled fingers among the dust coloured grains. The charcoal remains of earlier ocean view parties, when the chill of evening required the lick of flames to provide some warmth. 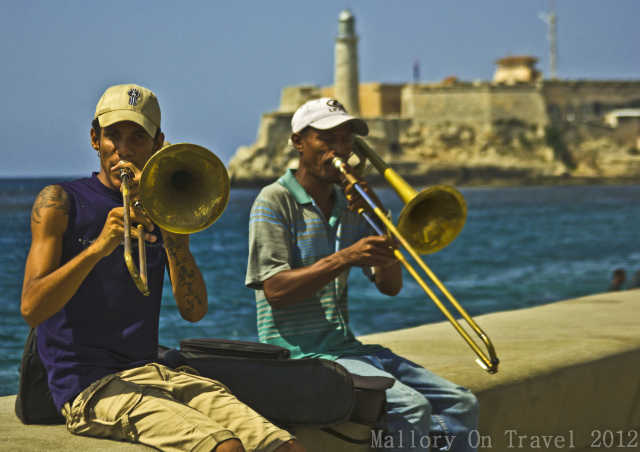 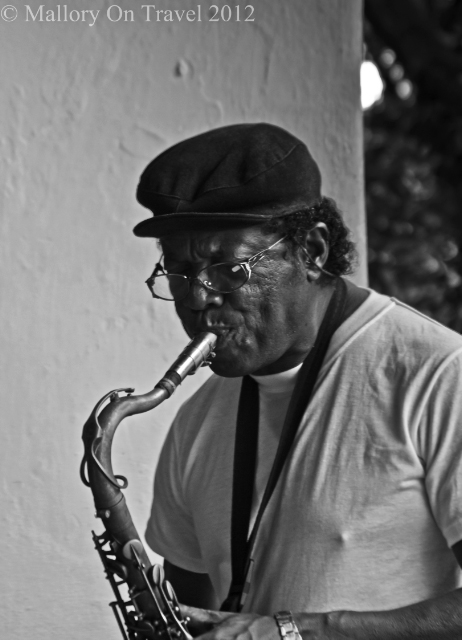 In many of the cities between Baracoa in the east and Havana in the west well muscled young men in straw hats talk into mobile phones and children play wherever there is some free space often among the wind-blown garbage of the township. Groups of young girls dressed in colourful dresses congregate under blossoming trees, twirling equally bright umbrellas as protection from the harsh sun. These are the scenes which greet travellers in ramshackle townships and cities lined with colourful but derelict buildings, reminders of the days of past colonial grandeur.

Every day spent in Cuba was a pleasure, the weather was not always kind, on several occasions the heaven’s opened and violent storms ensued. Travelling to this Caribbean island is not about lounging on an unspoilt beach it is about the diverse culture and landscape. It is a fascinating destination and hopefully will not become too diluted as more tourists begin to realise its appeal.