An aspect of travelling which always seems to appeal are encounters with the unexpected. Getting up close and personal with pelicans in the Riviera Maya, Mexico probably isn’t that much of a surprise but meeting one near St James’s Park in London possibly is. 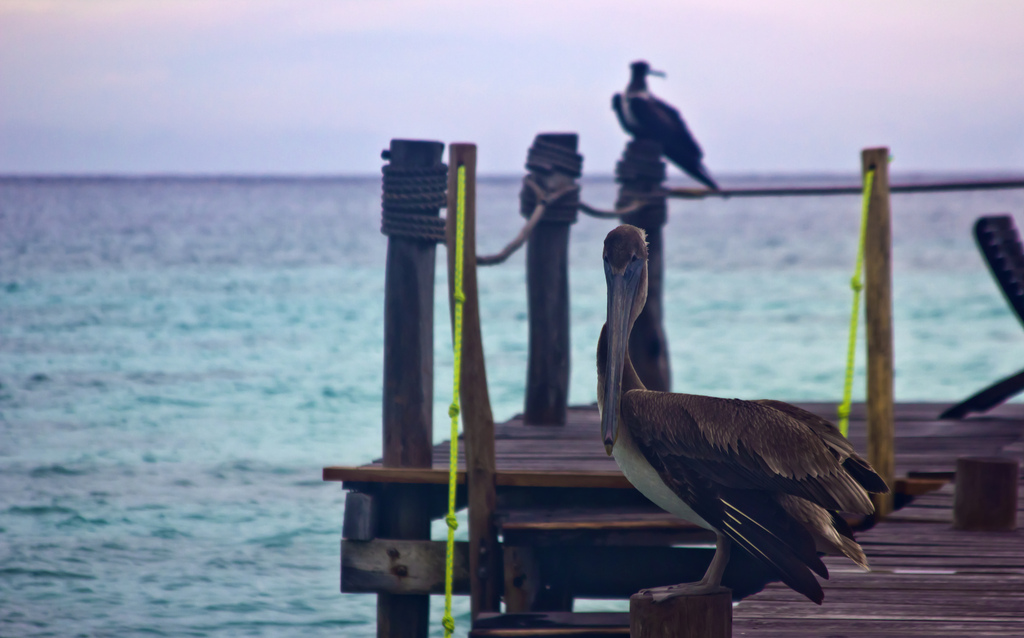 Keeping his eye on me as I creep closer

Those that know a little of London may not be that shocked as they are one of the capital’s not so well guarded secrets. Five were introduced to the park in 1664 as a gift from the Russian Ambassador to Charles II. They were described as “a fowle between a stork and a swan” by London diarist of the time; John Evelyn, the 17th Century forerunner of bloggers. 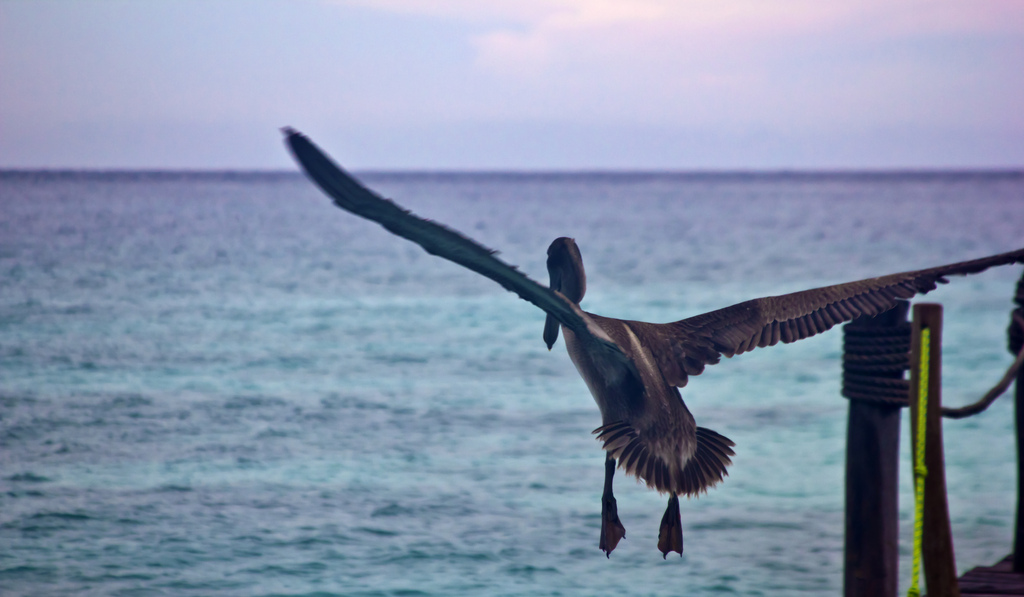 Time to retreat but still a welcome image

The pelicans of St James’s Park are infamous for their habit of eating pigeons, so could possibly be described as great foresight by the Russian Ambassador. Pigeons are considered vermin by many often described as ‘rats with wings’, and have been attributed with carrying a number of diseases. Could the introduction be a case of early vermin control rather than for purely aesthetic reasons? 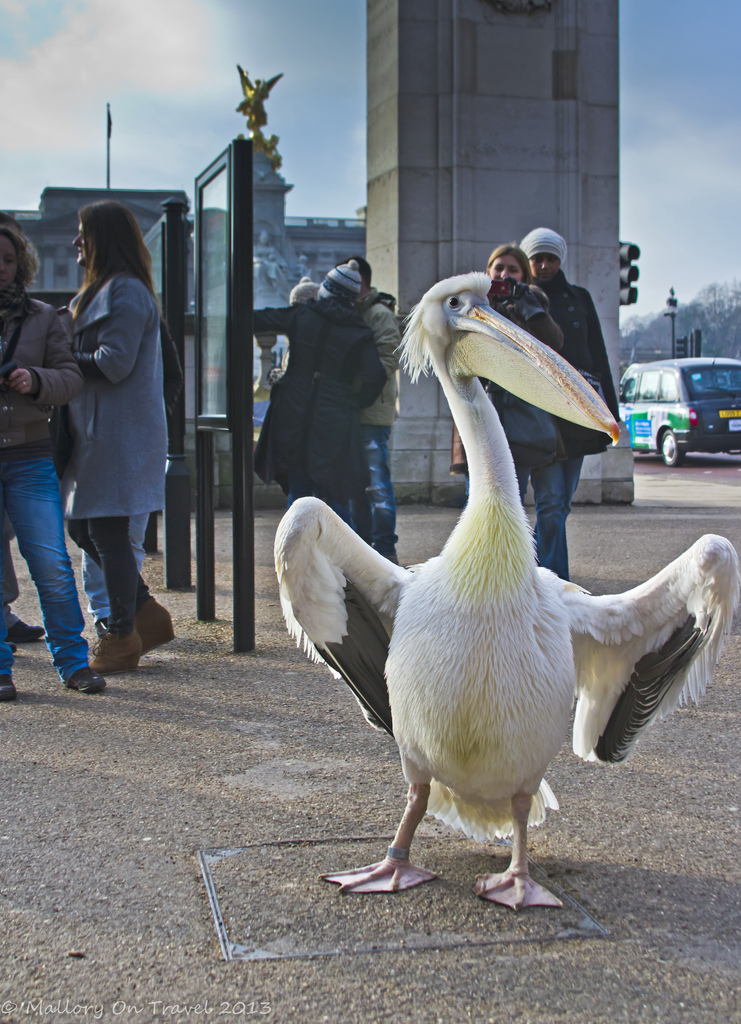 The birds appear slightly out of place in this London park even amongst the other birdlife. The facts that they haven’t laid a single egg in over 300 years and are still fed daily suggests they do not feel totally at home in the city. The St James’s Park population has obviously required regular bolstering from zoos around the world. They have also been the subject of debate in the lofty chambers of the House of Lords as long ago as 1995.

Unlike it’s cousin on the famous Playa del Carmen the London pelican is a much less coy model, seemingly happy to pose for photographs. The main problem was keeping it away from the road, which it seemed determined to cross. No why the pelican crossed the road jokes please. Getting acceptable images was not too much of a challenge. 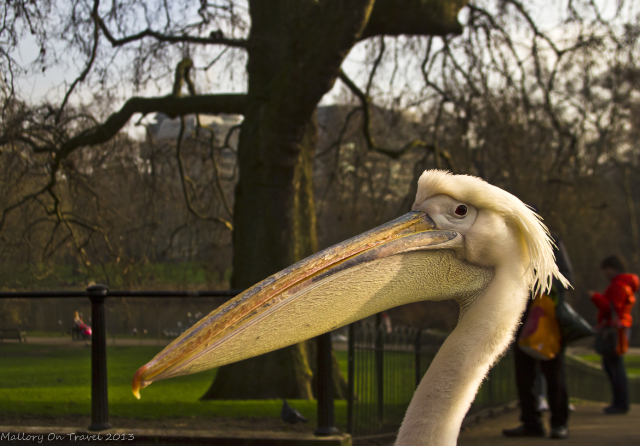 The shy brown pelican was spotted along with a frigate bird on a short jetty outside the Viceroy resort in the Riviera Maya. There is a tip to capturing images of skittish wildlife; get the image first. This means slowly sneaking towards the creature a step at a time, regularly taking images. Remain patient, pausing regularly, allowing the animal time to feel unthreatened by your ever encroaching presence.

Inevitably whatever animal is being ‘stalked’ it will eventually move away but by remaining patient and snapping regularly there should be some decent images captured. If luck is with the photographer they will get close enough for a really striking image. This works well with smaller animals, just remember that it should be used with great caution if attempting to get a candid close up of one of Africa’s big five!

Encounters with wildlife are always exciting, regardless of the surroundings. This was my first meeting with one of London’s famous pelicans despite numerous visits to the capital. It is a reminder that there are always surprises, regardless of the familiarity of a city or destination and it is another reason travelling should never become mundane. 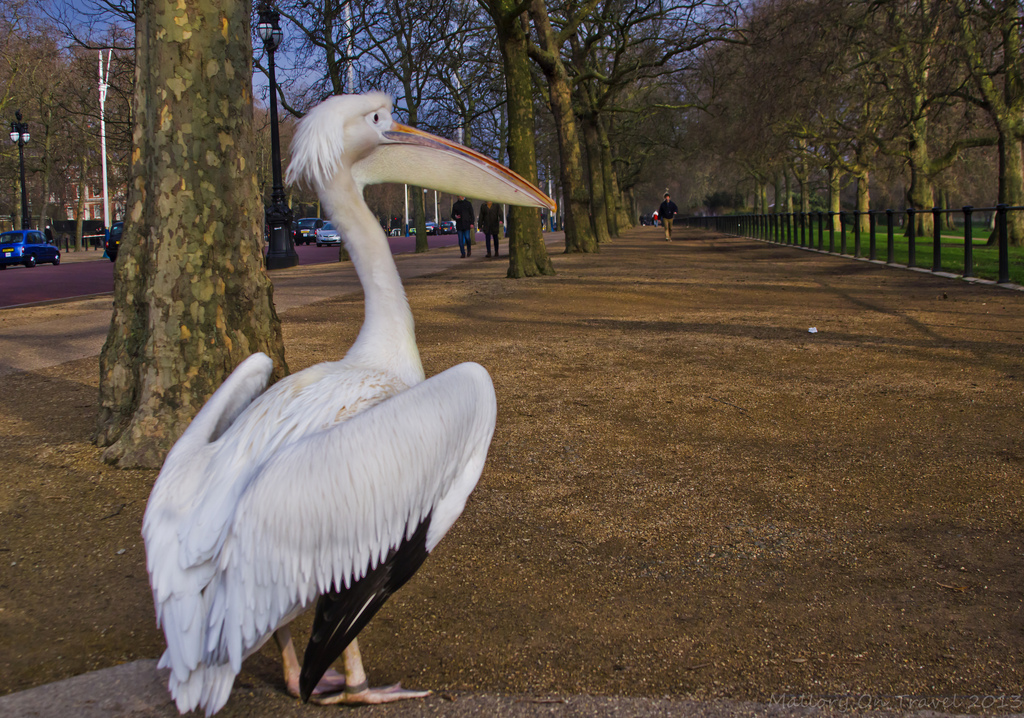