The great thing about visiting another destination, even a relatively familiar one is that there is always the possibility of an unexpected encounter. On a recent visit to London with a lovely Brazilian lady named Nara we were treated to some pleasant surprises in St James Park. 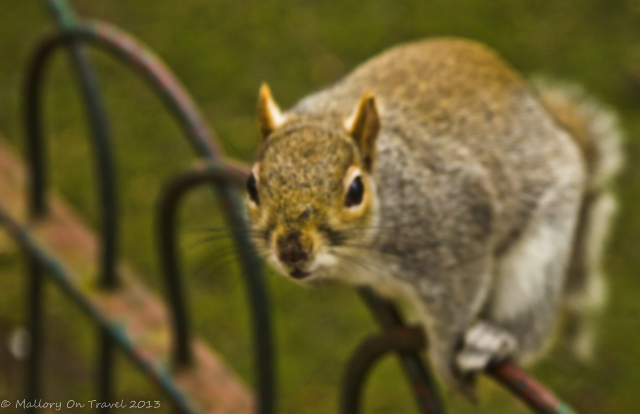 Dropped by for lunch. Love the DOP here though

The weather was the first surprise, a chilly but bright day, big fluffy clouds drifting by in a clear blue sky. Most welcome in early January and made our trip on a Thames Clipper and subsequent wander around the sights much more enjoyable. 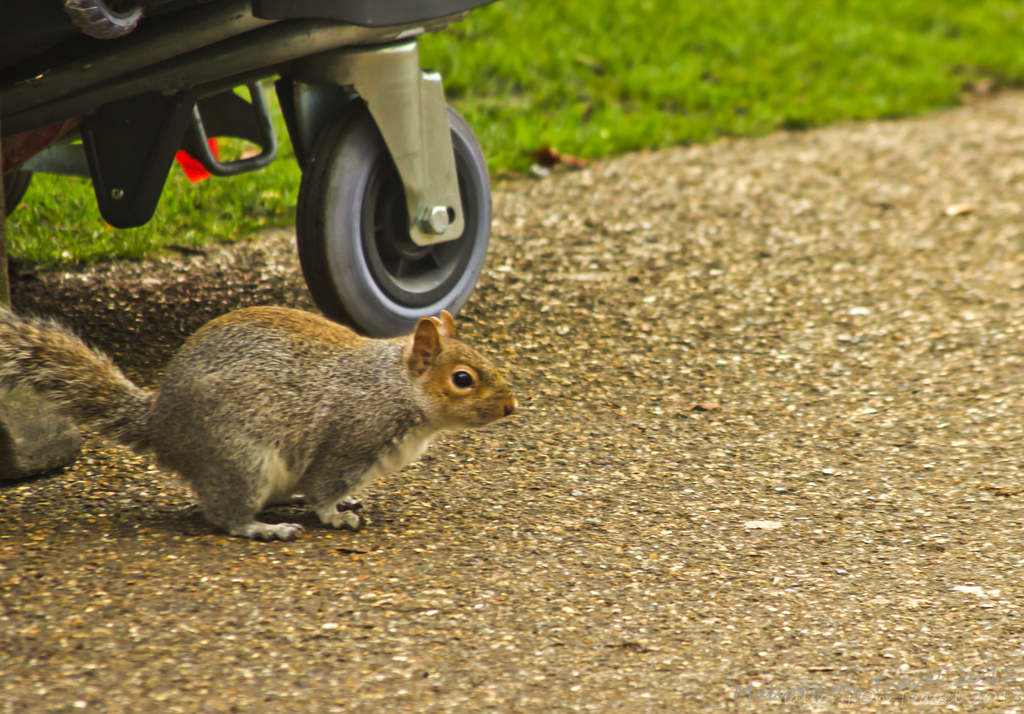 Out for a bite to eat

Nara’s excitement was contagious, this was her first visit to Europe and London was at the top of her list of cities to visit. Seeing her reaction when we visited Tower Bridge, the London Eye and Big Ben had me smiling almost as broadly as her. The attitude for adventure and travelling with the viewpoint of a child are topics that have been discussed in detail on this site but witnessing her unbridled joy each time one of London’s famous landmarks came into view is the perfect antidote to any blasé attitude. 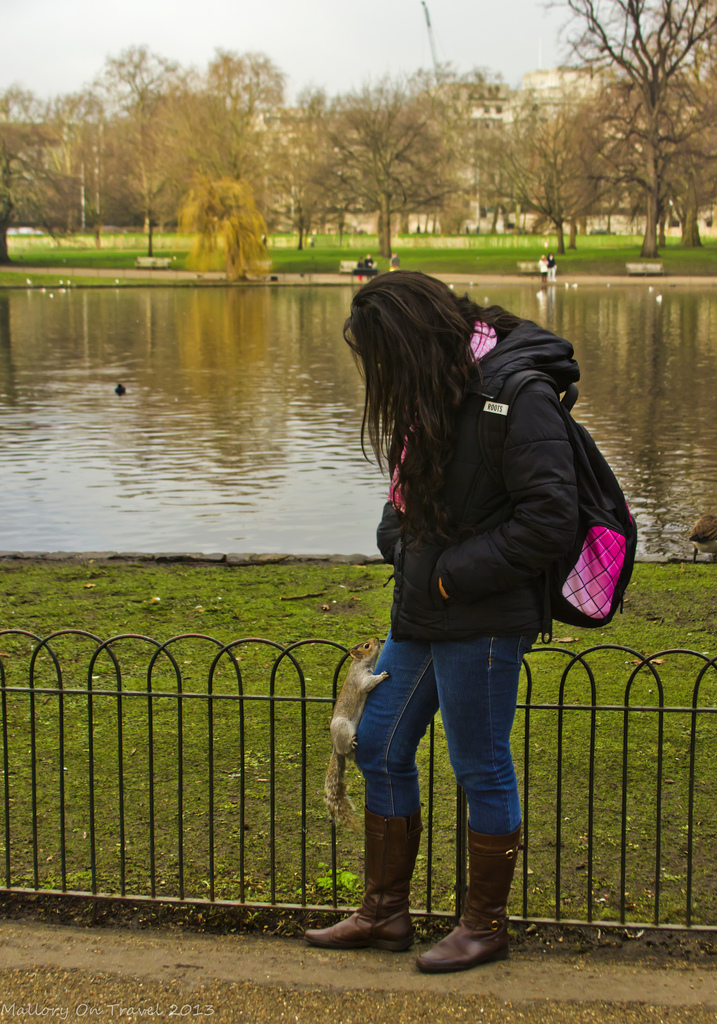 I think this one is a leg man

Cities are not my favourite environment and it usually requires a team of wild horses to drag me into London. The day turned out to be really enjoyable which was another surprise.

On the way to Buckingham Palace, we took a diversion through St James’s Park and this provided the most pleasant surprise of all. It almost appeared like a cold spring day, ducks, geese and other waterfowl were everywhere but it was the cheeky squirrels which really made our day. 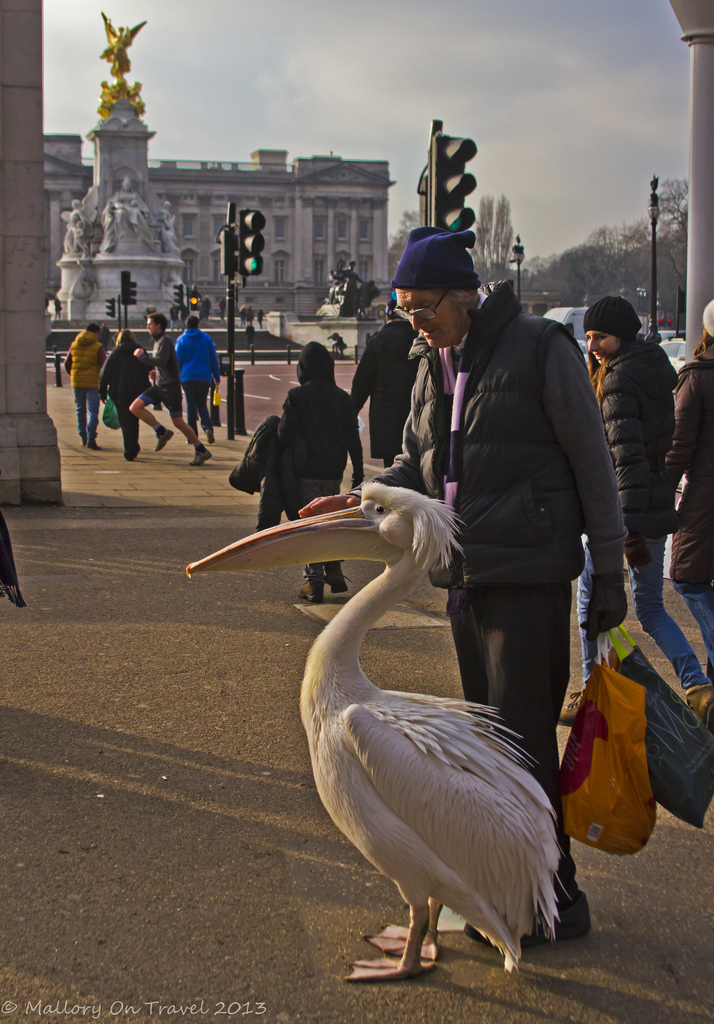 The St James’s pelican and his minder

They were obviously looking for a free meal and this made them seem remarkably tame, venturing right up in the hope of a peanut or some other treat. They were especially taken with my companion, getting up close and personal on several occasions. One even climbed up her leg before scampering off in search of a snack or possibly a warming latte.

They are not the most obliging of models however, not remaining still for even a moment and capturing a decent image of just one of them was quite a challenge.

A little while later we visited the Palace where the Queen chose not to bless us with her presence; I thought she would have at least asked us in for afternoon tea with the corgis! Maybe it’s because I don’t follow her on twitter?

Just as we started to stroll down Pall Mall one of the famous St James’s pelicans decided to make an appearance. He was much more obliging than both our reigning monarch and the fidgety squirrels, happily posing for several pictures, a natural star. He kept heading towards the busy main road however and required some herding away from the traffic, new meaning to pelican crossing?

He even seemed to have his own minder that constantly kept him heading in the right direction. I wondered afterwards if he was the pelican’s agent and should have been offered a commission for the photo shoot. 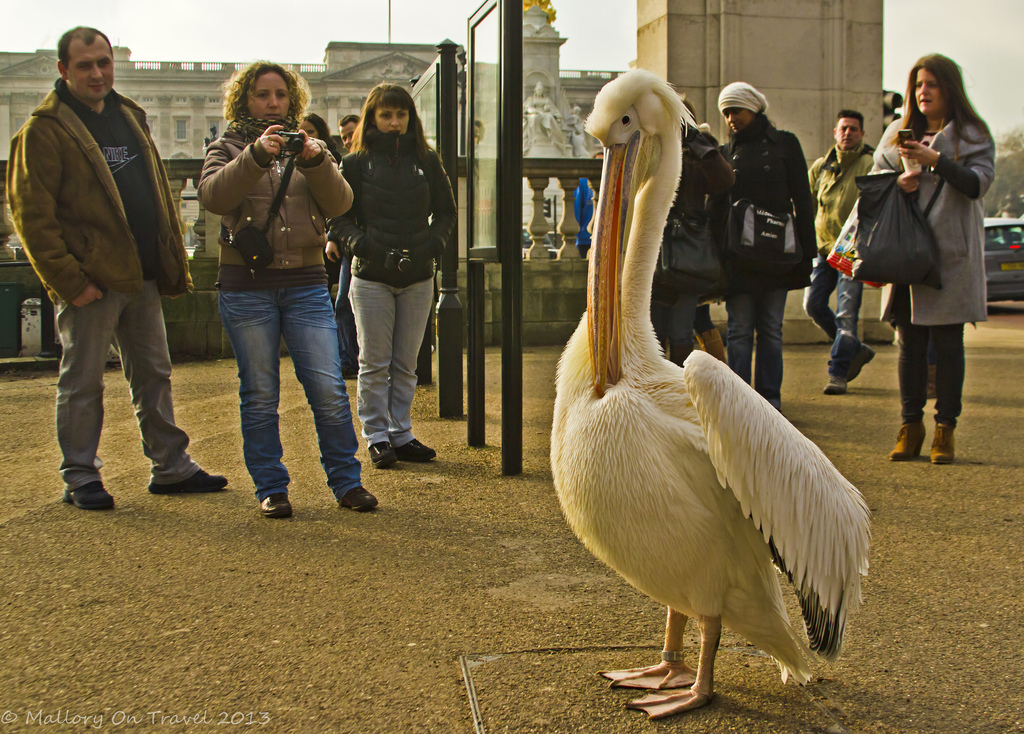 It was great having some unexpected encounters with the wildlife of London. They are the true royalty of the city and the highlight of great little sightseeing trip to Britain’s first city. 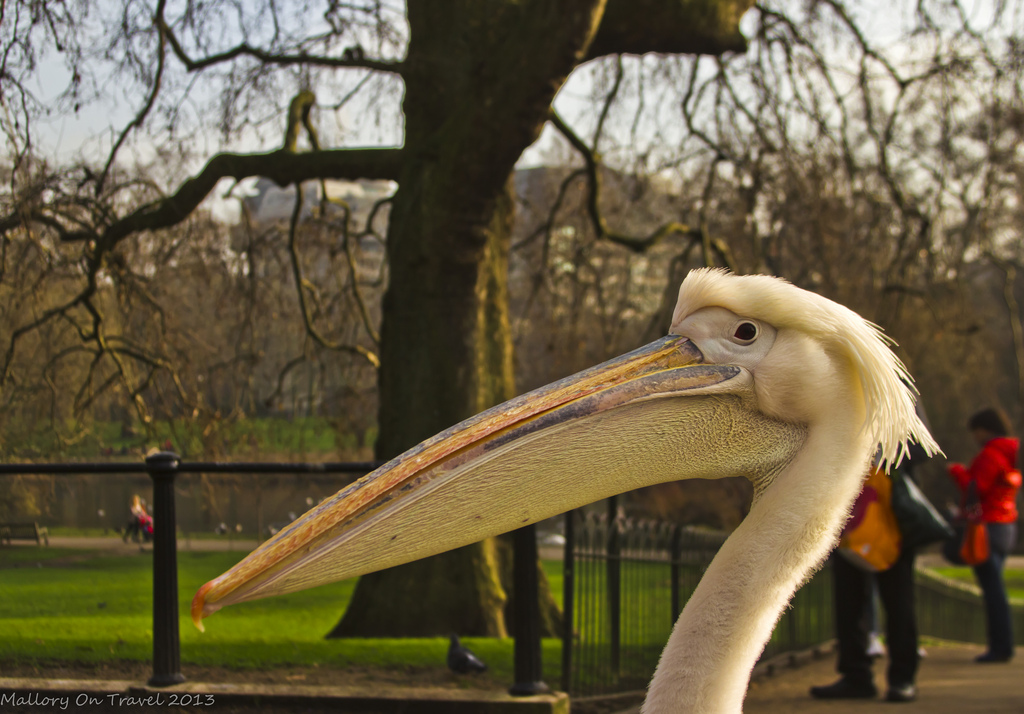 Posing for his close-up