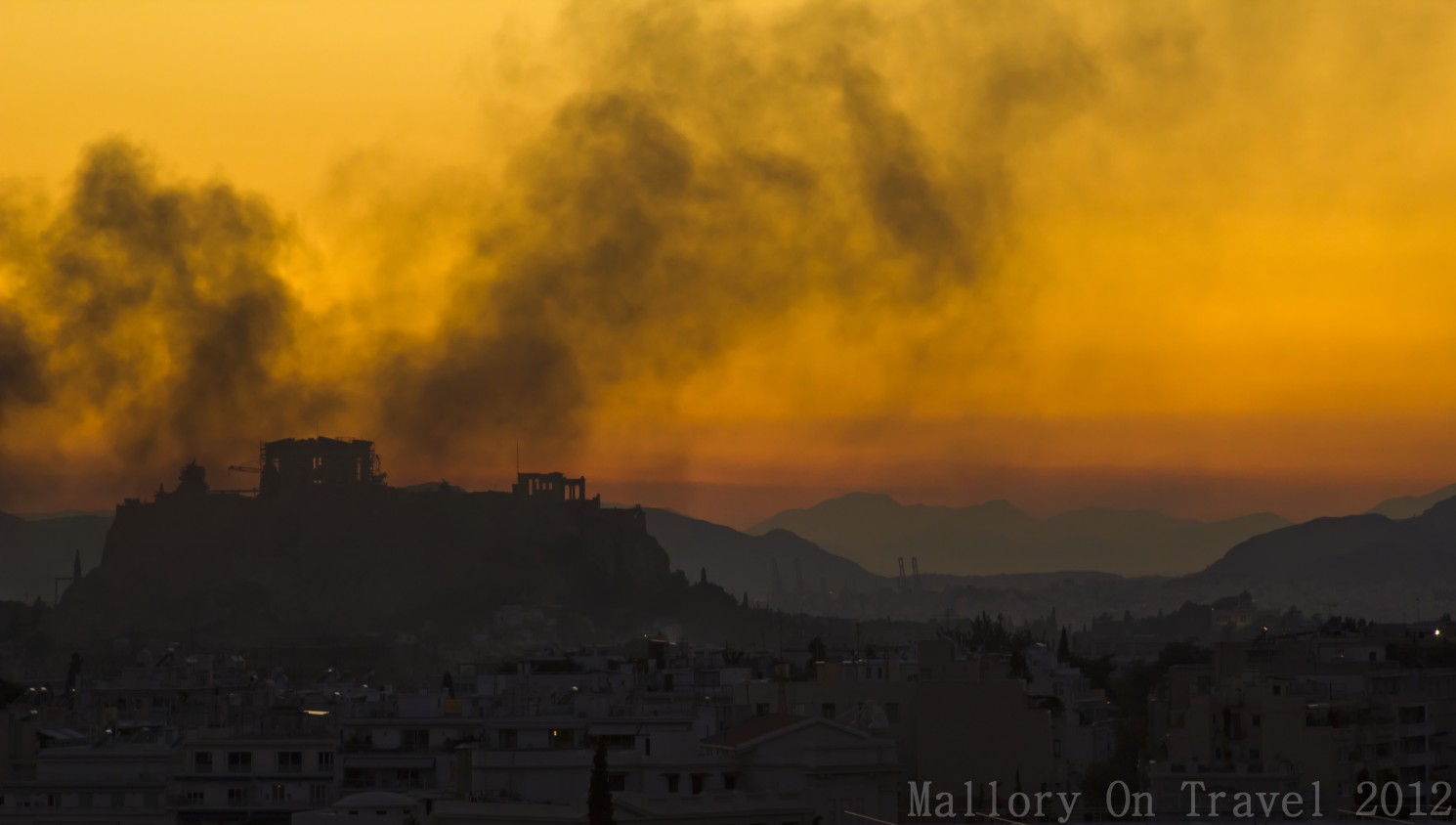 The first image is one of my favourite pictures of the Greek capital, Athens and is probably one of the favourite photographs in my collection. It has this atmospheric look about it, the Parthenon and Acropolis almost silhouetted against the back drop of a fiery, gold sky, the distant hills and the smoke provides the finishing touch.

Personally I feel it has all the elements of a great image and slightly different from the usual view taken of possibly the most famous ancient sites in Greece. The intense colour of the sunset seems to add to the effectiveness and appears to give the image some depth too. 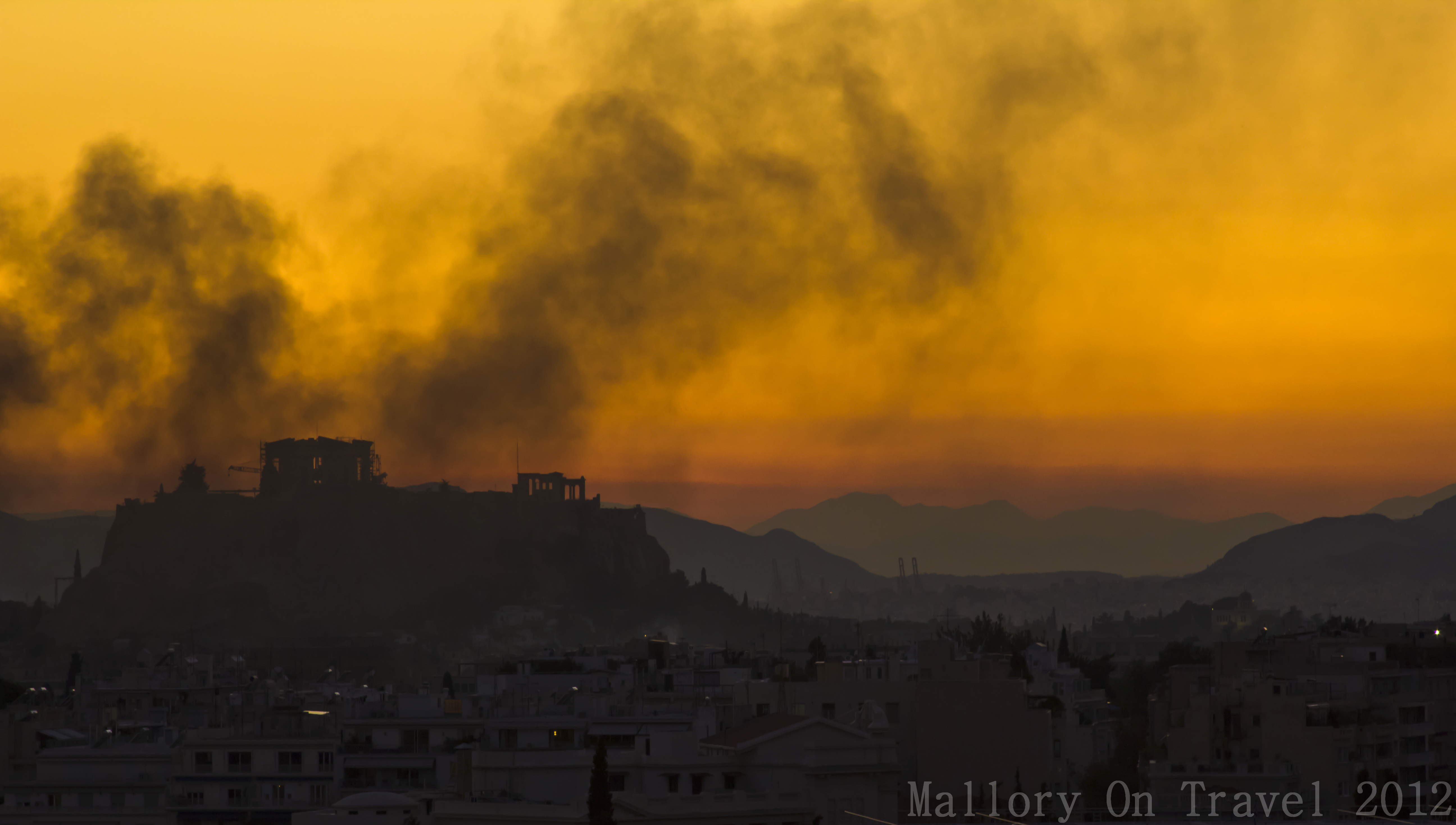 It is the smoke rising from deep within the streets of the city which gives it atmosphere however, almost as if the city is on fire. This was taken in October 2011 when the crisis was at its peak. There were numerous demonstrations, some of which turned into full blown riots, sirens could be heard all over the capital and in fact the city was in places actually on fire.

Thankfully these were relatively sporadic and weren’t sustained. The majority of Greeks went out into the city to exercise their democratic right to protest, here in the cradle of democracy. Whenever the demonstrations started to turn aggressive the majority of Greeks went home, leaving the minority as is usual in these cases to escalate matters, attempting to create civil unrest and eventually merely rioting.

Fortunately when I returned a week later, things had largely returned to normal and the capital seemed as peaceful as any city with nearly 4 million inhabitants living within the Greater Athens region.. I hope to return again soon, to see how she is faring in her period of austerity, I anticipate a warm welcome for which the Greek people are renowned will be received. The chance to meet old friends again will be great, seeing the Acropolis and Parthenon will always be an additional highlight. 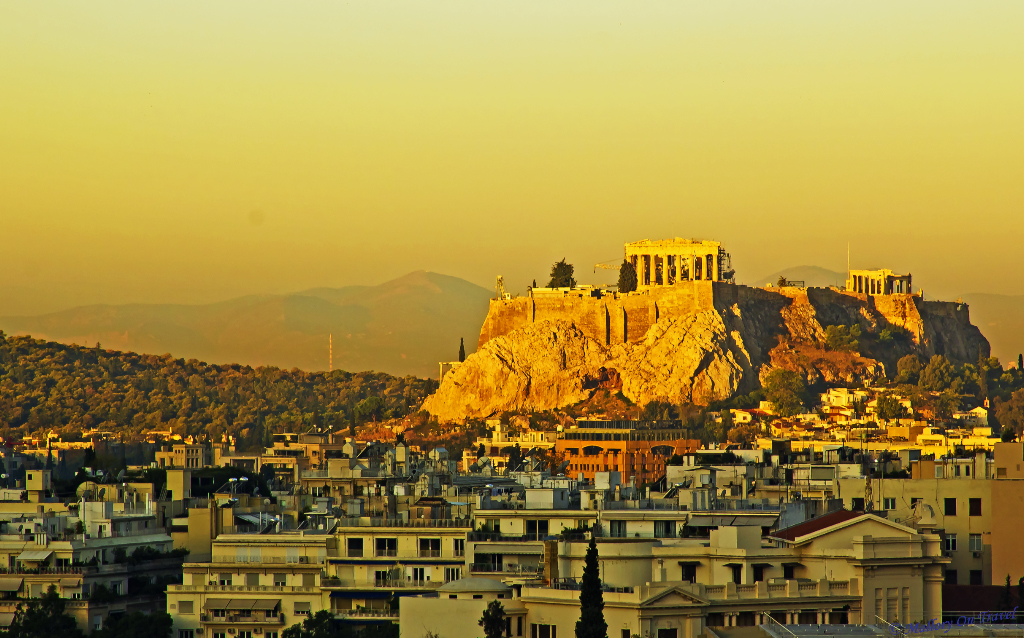 A peaceful sunrise over Athens