It may have been noticeable to some that the first posts from the recent trip to British Columbia, Canada concentrated on the beauty of the Great Bear Rainforest region of the North-West Pacific coast. This was deliberate, the aim; to give those that hadn’t visited a greater appreciation of the place. 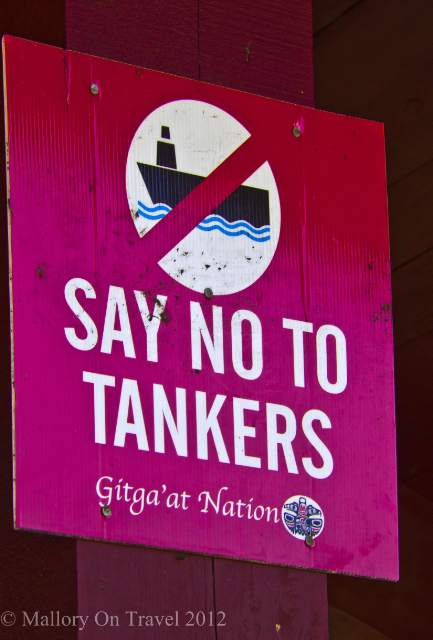 Saying no to tankers in Hartley Bay

My motive; the Enbridge Gateway Pipeline which is possibly already familiar with some. I was vaguely aware of it before visiting the region. However it did not really concern me, after all it is not on my doorstep and I had not witnessed its beauty. To my chagrin, it was only when the beauty of this remote wilderness was experienced, that it’s importance as a pristine environment was fully appreciated. Apart from some enlightened people most of us are only concerned about that which directly affects us.

At 21 million acres the Great Bear Rainforest is one of the largest areas of unspoiled temperate rainforest in the World. Among the most endangered forests it is hugely important. A significant eco-system where huge populations of salmon inhabit the many coves and inlets before annually fighting their way up brooks or rivers. They are also the hunting grounds of key species like wolves, wolverines, otters, eagles and bears.

The mightiest creatures to ever exist, oceanic nomads; humpbacks, minke, and fin whales the second largest of all whales. Pods of orcas also patrol the channels. It is the site of an important research facility studying the habits and movements of these magnificent creatures.

Once visited it is difficult to imagine how any corporation, politician or person can imagine risking its beauty for a quick buck, there is only one explanation; greed. To some exploiting natural resources is more important than protecting them, it’s surprising to learn that the Canadian government’s green credentials seem  sullied. It seems that not everybody does not appreciate its natural wonders, defending them with less vigour than had previously been believed.

Prior to travelling to the rainforest I read a newspaper article explaining that most British Columbian residents were generally against the pipeline but subject to safety assurances this situation may change. Premier Christy Clark is also suggesting that opposition to the pipeline could be removed if the province receives an equal share of the fiscal benefits of the project. The Alberta Premier Alison Redford is adamant that BC will not receive any royalties. 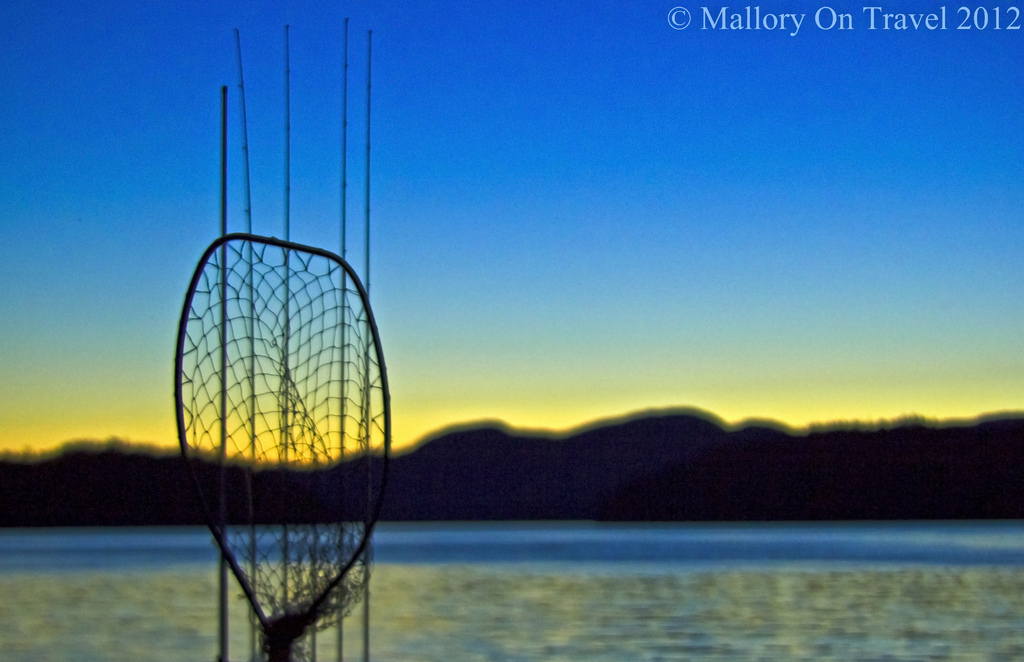 Even more surprising is the Harper administration’s aggressive stance towards environmental groups; Forest Ethics and even First Nation people. Declaring them radicals and subversive organisations due to their opposition to the project. This is an attempt to discredit and ultimately silence them. Coincidentally since their campaign against the pipeline began Forest Ethics have been the subject of an exhaustive tax investigation. 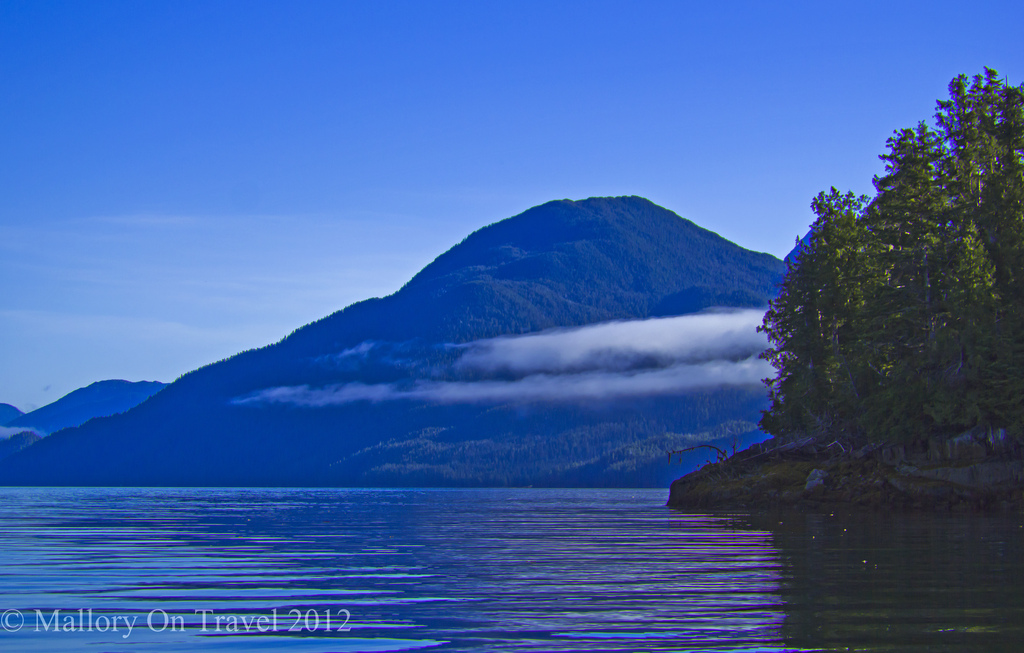 There are four other ‘minimum’ conditions, which need meeting including First Nation rights and environmental concerns. However the revenue back fighting does not instil confidence the politicians will make  decisions based on vital tribal or conservation issues.

The proposed project is to build a pipeline, which will transport the crude tar sand oil from Athabasca, Alberta through BC to the NW Pacific coast for export to Asian markets. A huge refinery could be built so that refined fuels and not heavy oil is shipped possibly reducing associated environmental risks. The opening of a pipeline will mean that other fuels can also be imported into Canada further increasing tanker traffic in the coastal channels. 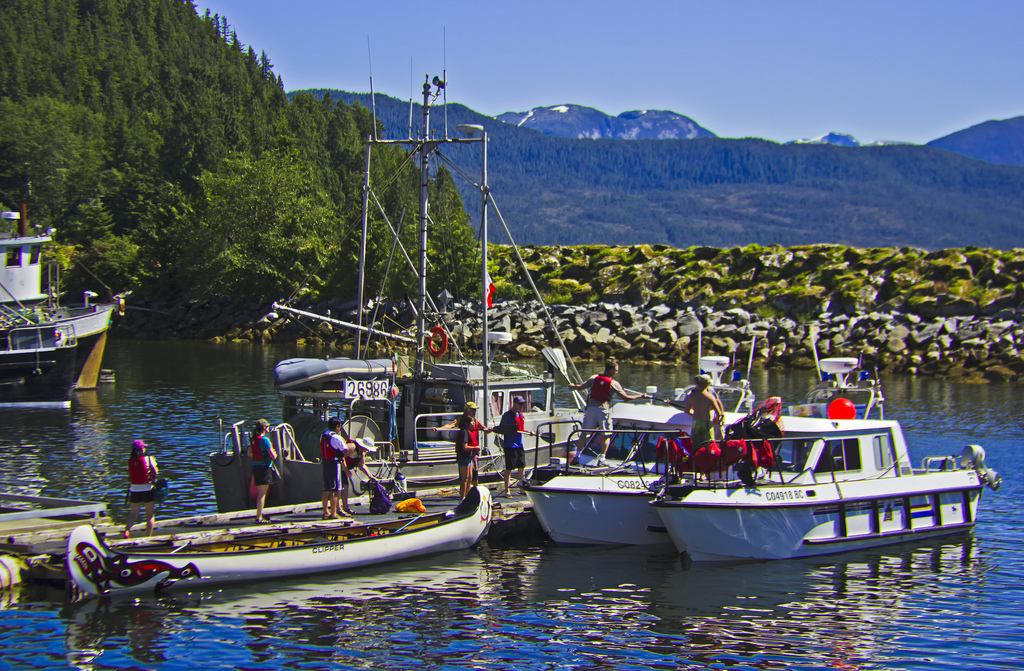 However having flown over the region in a helicopter, it is difficult to imagine how huge tankers, requiring several kilometres to stop and having huge turning circles can safely navigate these island channel.

The channels may seem wide but the region is infamous for strong currents, adding to the difficulties and it seems likely this would be a disaster waiting to happen. It does not seem a case of if an incident is likely to happen but when. The nearest coastguard and Coastal Environmental Response units are some distance away in Prince Rupert. This effectively means first responders to any environmental incident would be the First Nations and other local residents. 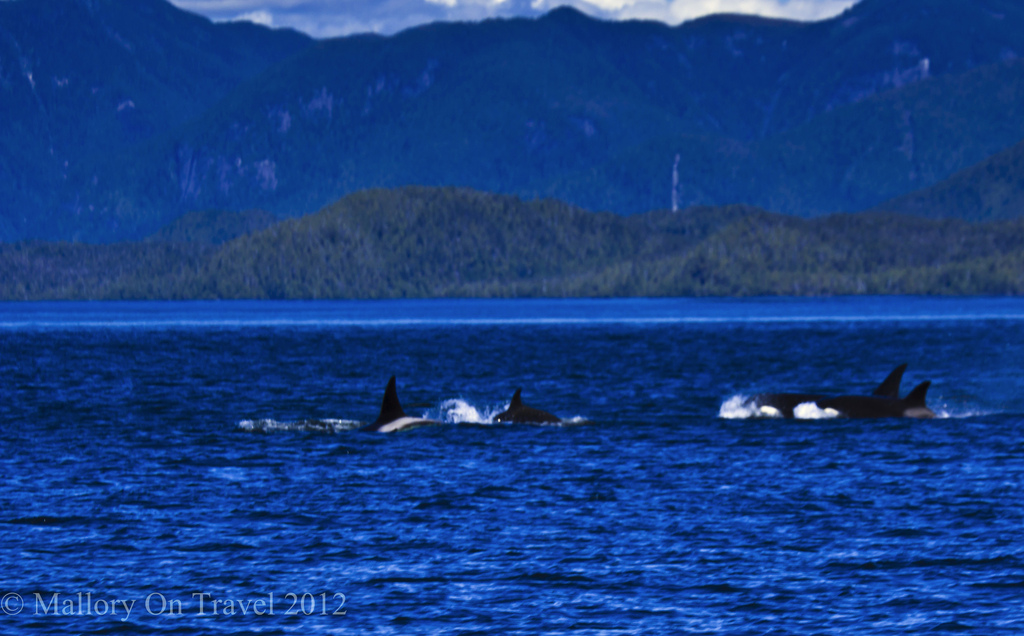 First Nations have an affinity with the environment, and those affected by the proposed pipeline have already expressed their resistance to the project. A long protracted fight is predicted including legal proceedings and mass protests. Blockading tanker routes, which risks imprisonment is proposed by some clans. These tribes have claims to the land with some legal rights and according to Michael Uehara CEO of the King Pacific Lodge ultimately it maybe the indigenous people that will have the most important voice in this discussion.

The aim of this post is to increase awareness of the project and the potential impact of the pipeline on one of the few remaining wildernesses. There is a need to encourage consideration, and further discussion.

It is a beautiful corner of the world which deserves preserving. The interests of the many residents both human and animal need prioritising ahead of the financial gains of a relatively small number of individuals.

Attractive old buildings often get protected, their importance to our heritage cannot be understated. The natural world is our original heritage, it is still our home and deserves similar levels of respect and protection. I just hope the First Nations have the final say in the matter, and common sense prevails. 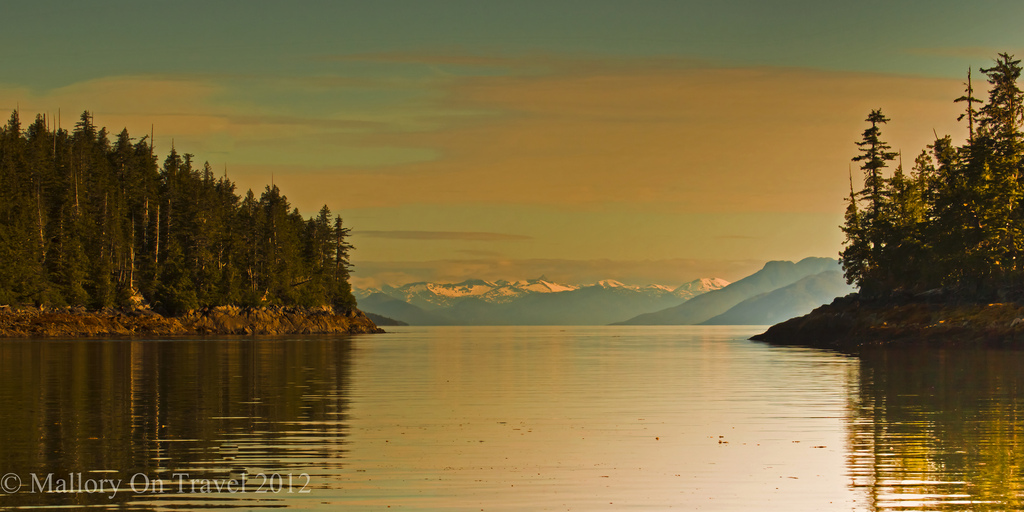