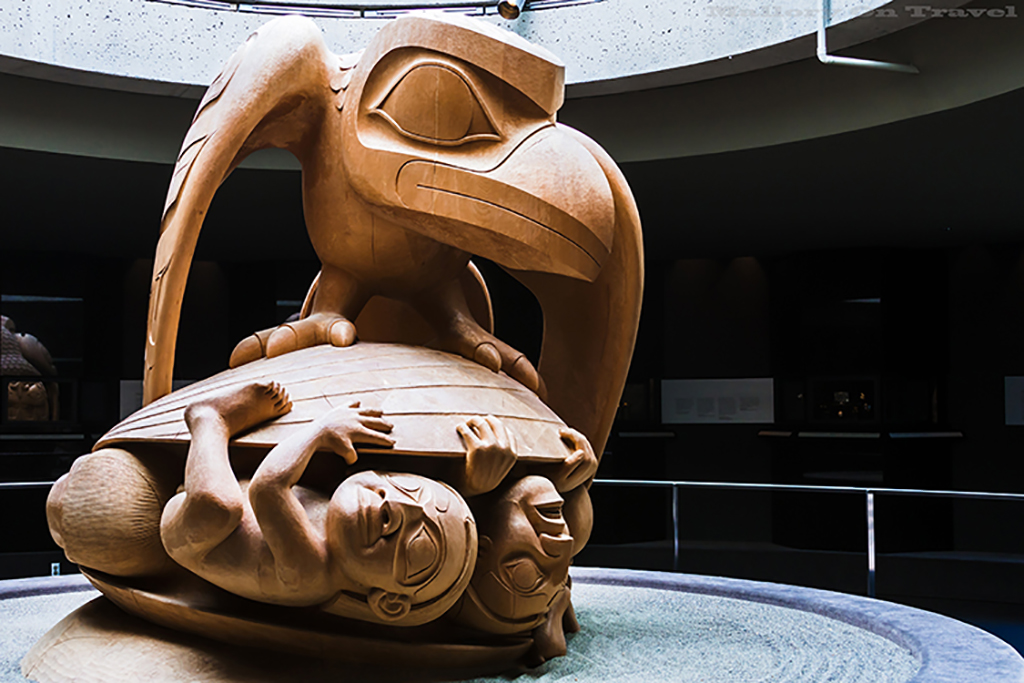 It’s unlikely I’ll ever be accused of being a culture vulture but indigenous culture and aboriginal arts has always been fascinating to me. The term aboriginal tourism has become one of the buzz phrases of the modern travel era. 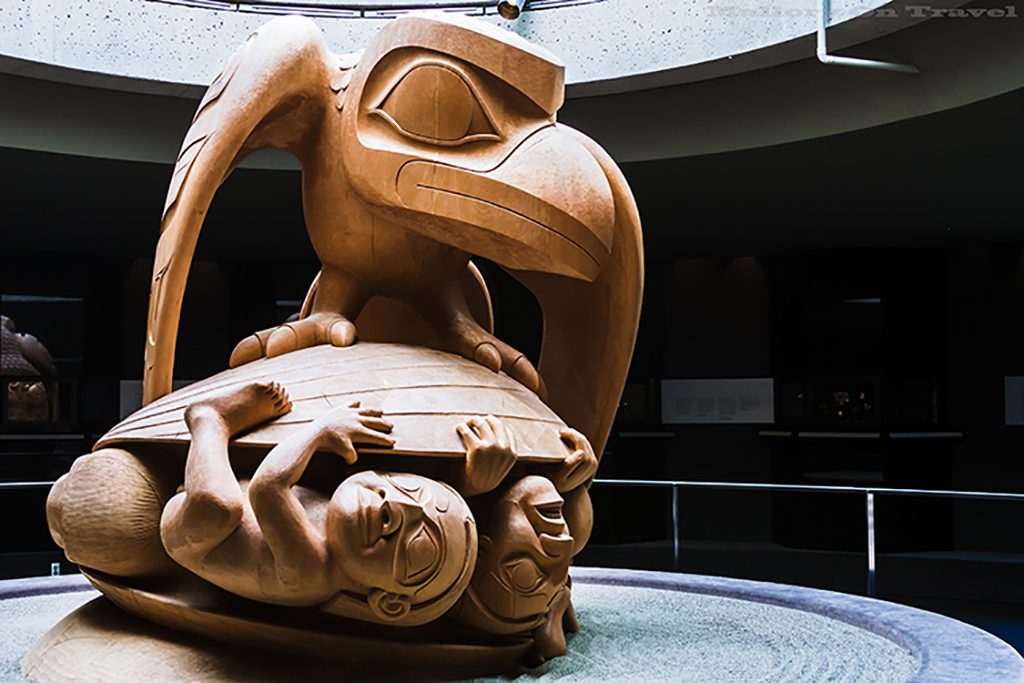 Along with responsible tourism and voluntourism it caters to a new generation of traveller looking for more than cocktails on the beach, an improved tan or happy hour in an all too familiar bar. Cultural immersion is more important to them, wishing to really experience a destination and the people that live there. For them it is no longer enough to visit a distant country, they require to understand it, hoping to learn from the culture.

Aboriginal tourism is relatively young as an industry, still finding it’s feet and yet to meet the full potential. To achieve this it will need the tribes involved to not only accept it but be actively involved. Village co-operatives offering tours, cultural experiences as well as museums and art galleries will need to be formed. If it is to appeal to mainstream tourists which need more than a walk around a quiet village then some thought into the areas of tribal life which can be shared without compromising dignity is required. 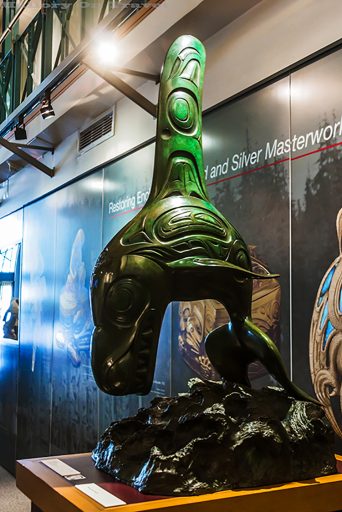 There will always be a number of visitors eager to merely visit and glimpse a little of the culture but if greater numbers are the aim then it will need to appeal to the masses.

Art plays a very large part of the culture sharing, it has always played an important part in native tribal culture, portraying the animals which have been traditionally hunted in colourful designs. Sculptures, decorated hunting tools or weaponry, totems, painted artefacts and jewellery can be exceptionally beautiful and the number of galleries making these items available to purchase is growing.

I was fortunate enough to visit Canada and South Australia this year, both destinations with a rich tribal history. They are now beginning to recognise the importance of this, celebrating it and growing their own aboriginal tourism industry. In both Vancouver and Adelaide there are plenty of galleries selling the art of the region, private collectors peruse them, keen to own a piece of this ‘fashionable’ art.

It the north-west Pacific coast region of Canada I spent an afternoon visiting a local First Nation village called Hartley Bay. It did not appear very different from other rural villages apart from an ornately decorated tribal hall. There was a small group with me and their reaction I fear is typical of most tourists, they thought it was boring and felt they had wasted their time. 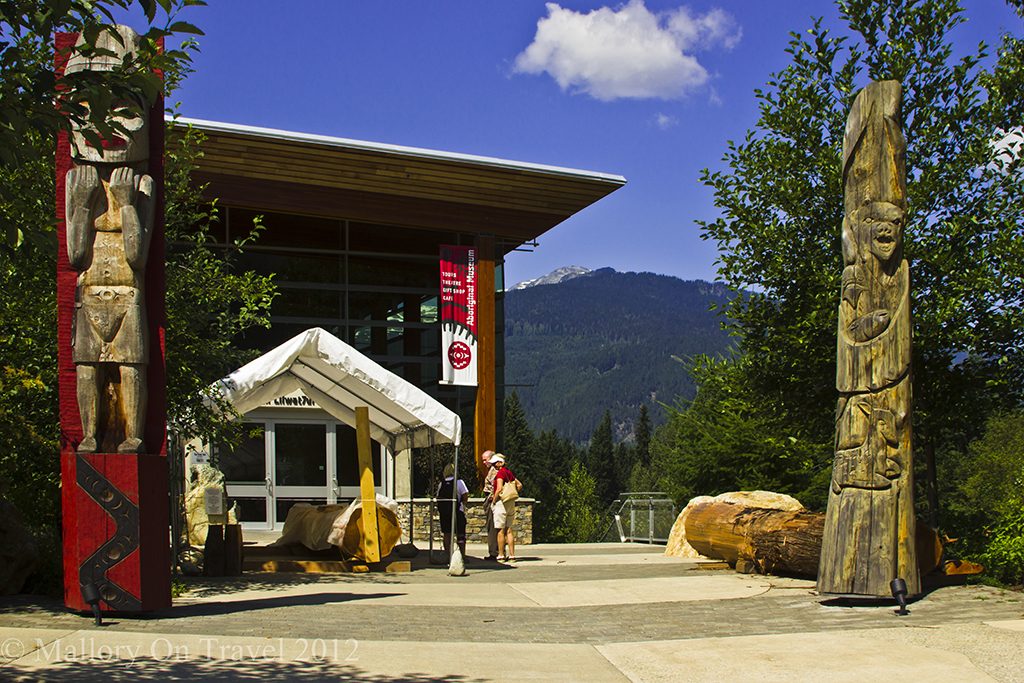 The Squamish Lil’wat Cultural Centre in Whistler is described as where mountains, rivers and people meet. In contrast to Hartley Bay it provided a great insight into some of the First Nations culture. The guided tour is started with a short song, before touring the many exhibits and finally even the chance to make a traditional bracelet. The indigenous culture of Squamish and Lil’wat tribes are detailed and celebrated in the numerous displays and it is possible to get a coffee after browsing the excellent gift shop.

In Adelaide the South Australia Museum is one of the main attractions and many locals are proud of it. There are several floors with a variety of displays but the aboriginal exhibits were by far the most interesting. In common with the similar exhibitions of the Whistler Cultural Centre the weaponry, craftsmanship, art, costumes and way of life of the original residents provides a fascinating visit.

There was a great emphasis on the weaponry and hunting tools but even these are impressively decorated. There is also plenty of art on display including small totems and paintings, I was only afforded a short time but could easily have spent much longer having a really good look around. 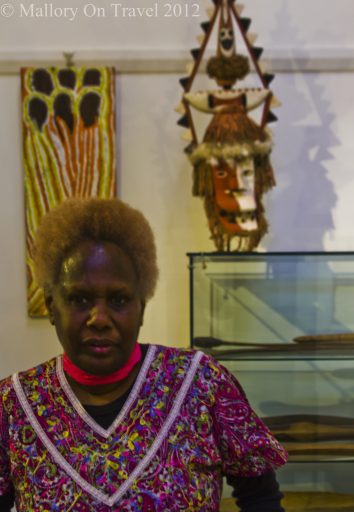 During a visit to nearby Hahndorf, a community which was founded by German settlers I stumbled upon a small shop Tineriba tribal gallery selling art collected from all over the continent. It turned out that the proprietor Neriba Gallasch is apparently the largest importer of Oceanic aboriginal art in the Adelaide area. She buys and sells pieces from New Zealand and Papua New Guinea as well as Australia. It was a privilege to meet her and chat awhile, she was appeared genuinely pleased that our group had visited the SA Museum earlier.

These were four quite different experiences of indigenous culture and aboriginal tourism but whetted my appetite for more. With collaboration between individual enterprises it is likely they can be successful. It will be interesting to see how the industry progresses and how it manages to cater for commercialism and  mass tourism. 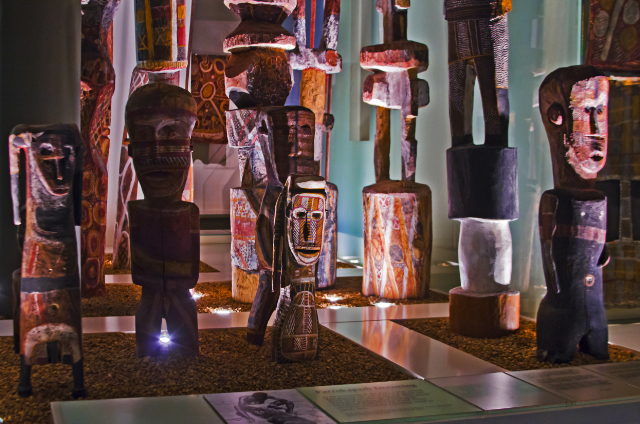