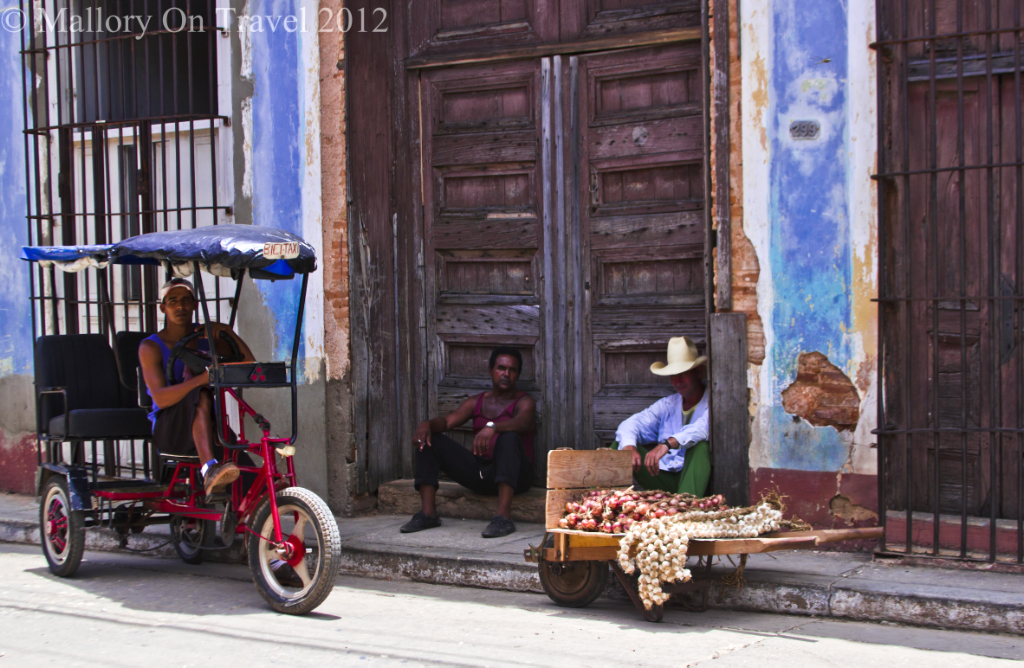 Scenes similar to this are commonplace on the Cuban streets. In almost every town men, women will be found sitting out on the street, or even lying in doorways during the hottest part of the day. Children are usually playing football regardless of the time or heat.

Strolling through the narrow, often cobbled streets in a poor state of repair will reveal numerous interesting characters. It is the regularity that these little glimpses into the culture of Cuba are discovered that makes it such an interesting destination.

Most are happy to pose for a photograph, only occasionally is a request refused though sometimes it seems appropriate to offer some recompense. The willingness to be photographed elsewhere however usually means a problem with posed and less than candid images. This is surprisingly not the case here, as despite agreeing many will stubbornly refuse to look at the camera.

Hanging out in the street

This scene has all the components of a typical street in Baracoa, Camaguey or maybe Trinidad. The ever present bici-taxi, onions and garlic being offered for sale and men just ‘hanging out’ all seem to be an important part of the culture.

However what really makes the image is the intensity in the eyes of each of the characters. They had all agreed to allow me to take the picture however there is almost something threatening in their manner. It is a not a ‘natural’ shot but the intense, fixed gaze of all three brings life to the image.

Cuba is filled with character-filled faces perfect for portraits, in close-up or environmental. There are countless ‘professional’ models in Havana, including one that insisted on telling me that he was a superstar proudly displaying his image on the front cover of National Geographic. He in common with many had some interesting features not least a huge handlebar moustache, but it feels slightly false and staged. The natural characters of the streets were preferable for me, each face seeming to tell its own story.

My cigar smoking friend below appears not to have just a single story but an extended volume of short stories. It is people like this which make Cuba such a fascinating destination and a culture really worth discovering. 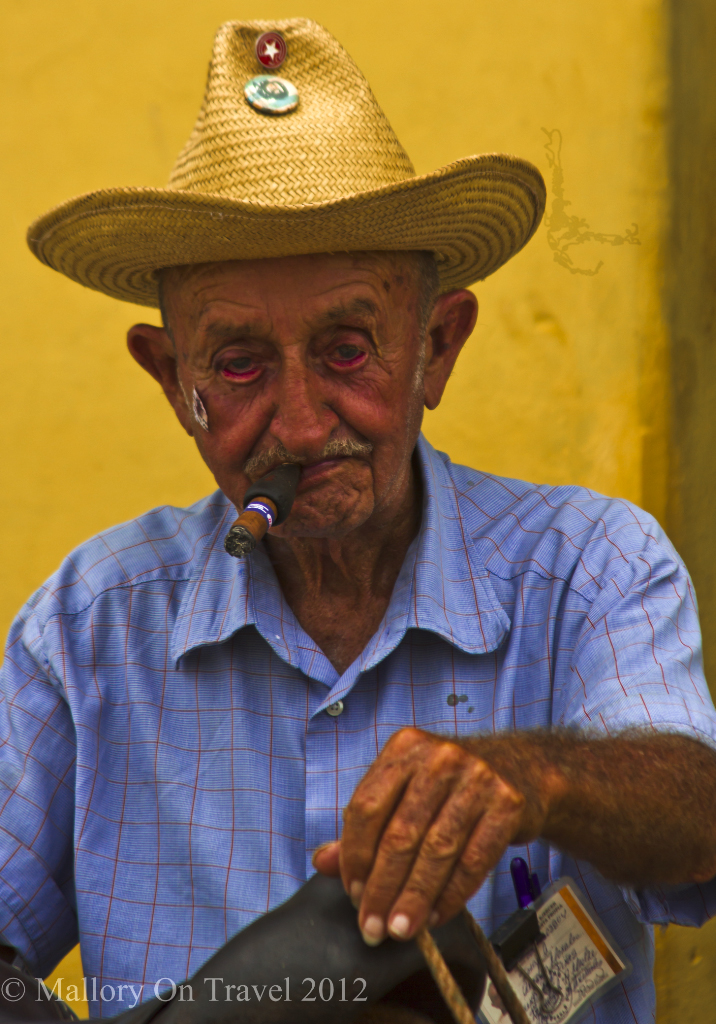