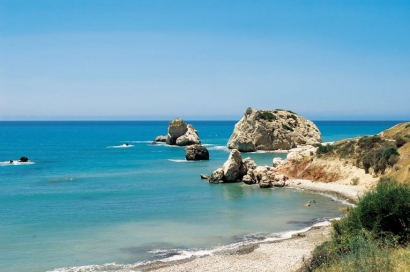 Cyprus is a popular destination for summer holidays, and with good reasons. The island of Aphrodite boasts a gorgeous warm Mediterranean climate and equally warm welcome. It is the perfect destination to relax and unwind. Throw in some beautiful coastal and inland scenery, with rugged sea cliffs, long, sandy beaches and crystal clear seas and its no wonder leaving is such a bind.

It is the third largest island in the Mediterranean with plenty to see and just as many activities to occupy even the most demanding traveller. A little planning in advance will go a long way and help to get the most out of your holiday. The euro may stretch a some way, but it’s always a good idea to shop around for the best deals on accommodation and flights to Cyprus to make savings. In the current economic climate booking flights in advance makes good sense. It is likely they will be cheaper than when booked last-minute. Look online and compare prices with different sites to see how they measure up.

Also bear in mind factors such as school holidays and other peak times, as the price of flights to popular holiday destinations are likely to rise at these times. Travelling off-peak is a good time to travel inexpensively, and because of the island’s pleasant year round climate there are really only a couple of months of winter.

The most popular resorts in Cyprus include Paphos on the west coast, Ayia Napa on the east coast, and Limassol and Larnaca in the south. 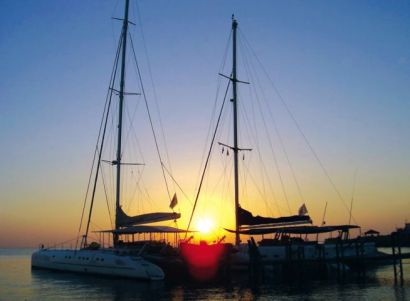 Paphos is known as the birthplace of the goddess Aphrodite. It has a rich historical legacy and has many tourist attractions including the remains of various forts, villas, tombs and theatres, including Paphos Castle, the Tombs of the Kings and the Odeon. These are located in the lower Kato Paphos along with most of the hotels, taverns and bars located along the coastal strip. It also has its own airport, a pretty harbour and some great beaches and a range of activities, from guided walks to scuba diving, are available.

It is also the city located closest to Akamas Peninsula an area of outstanding beauty with beautiful beaches and impressive chasms. The untamed landscape is home to many endemic plant species of the island and is of great ecological significance. 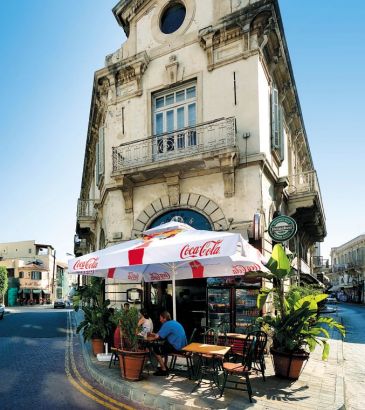 Further up the coast is Limassol, the second largest city in Cyprus and a place where the ancient world meets the modern one. Cosmopolitan Limassol is also the Cypriot hub for business and is strikingly modern and sophisticated in contrast to some other resorts. There’s a vibrant  nightlife with many upscale bars and restaurants, but a traditional buzukia would still be my first choice. It also has a number of historical landmarks, such as Kolossi Castle, and the longest stretch of coastline of any Cypriot city.

Recommended times to visit are February or March for the Limassol Carnival or September for the Wine Festival.

Larnaca is next along the coast, one of the oldest and most characteristic cities on the island and well worth taking the time to walk around. It is easily accessible on foot and a stroll along the Larnaca Promenade  known locally as Phinikoudes is one of the more pleasant strolls.

Divers may want to head to the Wreck of the Zenobia, while nature lovers will appreciate the picturesque beauty of Larnaca Salt Lake, a Ramsar wetland site of international importance and hotspot for over 80 species of water bird including pink flamingos.

The largest airport on the island is also in Larnaca.

In the far south-east is the famed resort of Ayia Napa, with its dynamic club scene, superb beaches and inviting waters. It is undeniably the party resort of Cyprus, the ideal destination for those that want to combine partying and sunning. 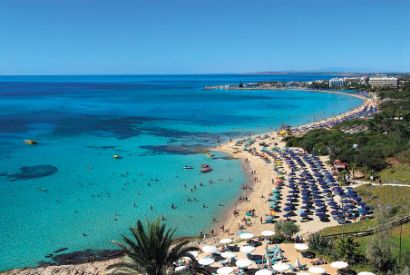 Despite its reputation it is relatively trouble-free, most party goers are just looking to have a good time and anti-social behaviour is thankfully rare.

Although best known for its nightlife now, it was the crystalline seas and sandy beaches which first attracted tourists. Nissi and Makronisos are probably the best known but Grecian Bay shouldn’t be ignored.

Those that see the light of day can enjoy plenty of activities with water sports available, from diving and snorkelling to banana boats and water skiing. Other activities include bungee jumping and the amusement attraction Sky Coaster.

Cyprus may not top most skiers list of ‘must-go’ destinations but the Mount Olympus resort is an opportunity to combine pistes with beaches. There are several other ski resorts and although the terrain is not the most challenging it’s an ideal compromise for those unable to decide between sun or snow.

There is also some good climbing found on the island, varied rock and types of route allied with a great climate make it a good all year round option.

It’s sometime since I last visited Cyprus; it has plenty of appeal with a varied landscape and activities so maybe a return to update my memory is on the cards.