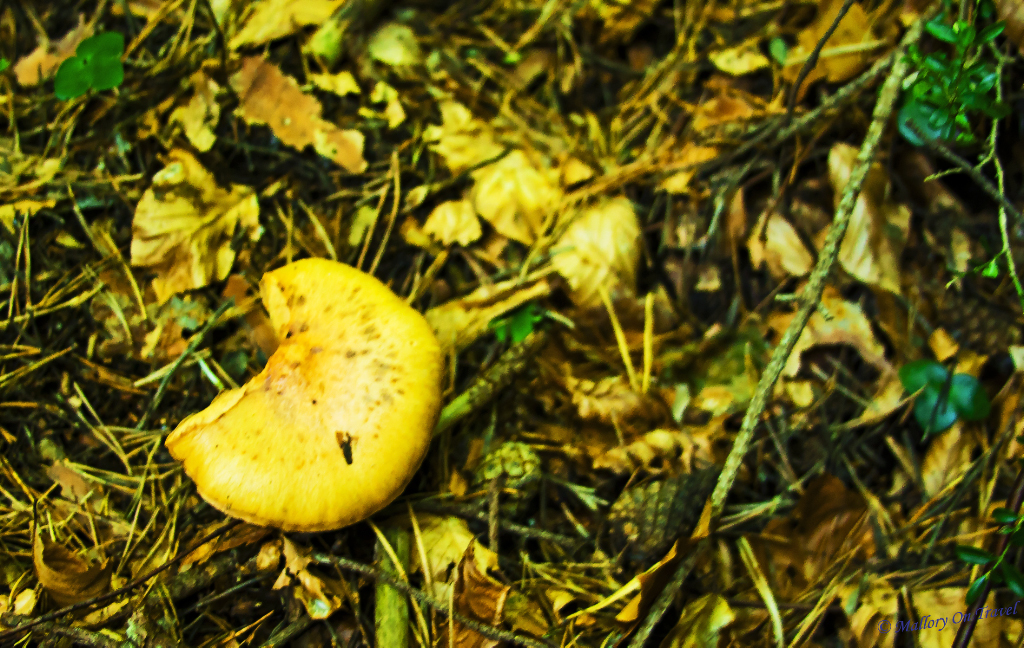 Hunting is both a popular sport in many parts of the World and a necessity in some others. Tracking and then stalking another creature appeals to the primal instinct in many of us. In many tribal societies it is the only way to put food in the bellies of their families; a necessity. 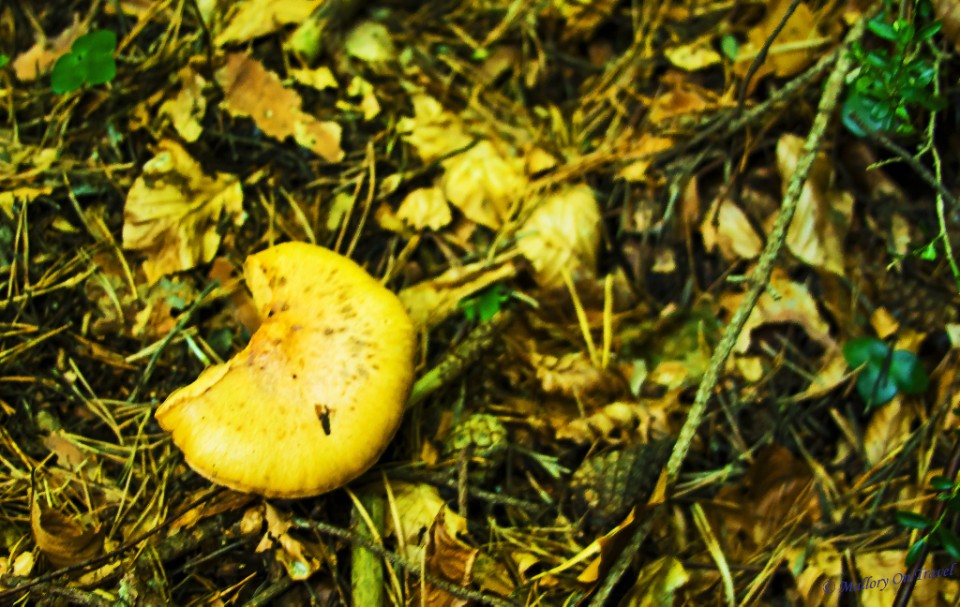 One of my precious finds

Our ancestors were hunter-gatherers and hunting fulfills an instinct still present in many. In Catalonia they have a more conservation friendly option; mushroom hunting. Whilst it does not involve having to pit your wits against another creature, there is a degree of stalking involved and mushroom hunters are a competitive bunch. 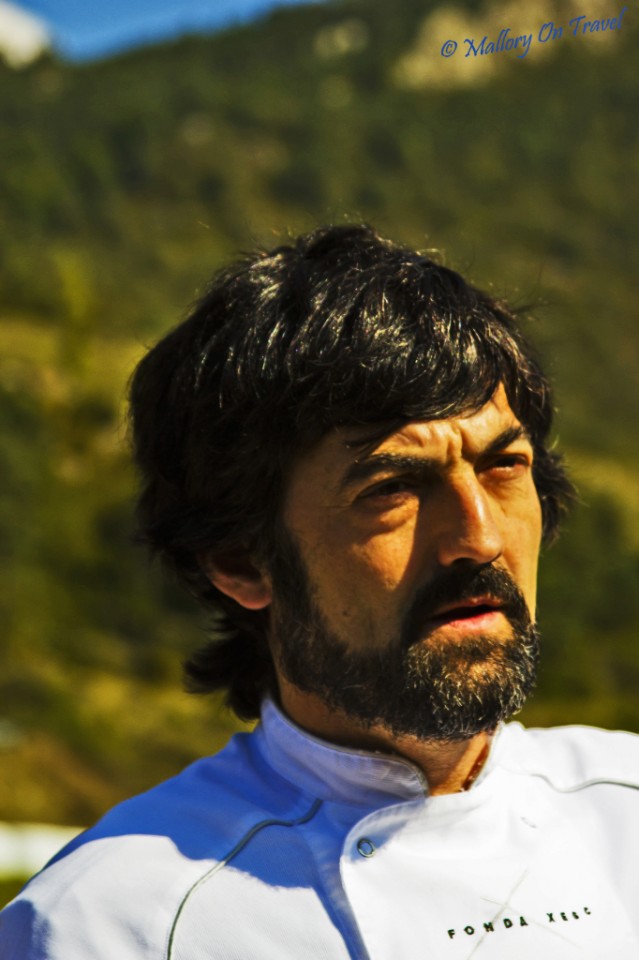 A man who knows his fungi

It is almost an obsession for some in the Catalan region of Spain and whilst visiting Girona recently the opportunity to give it a try arose. It had been arranged as part of a press trip by the region’s tourism board and those present were fortunate to have the services of chef, restauranteur and mushroom expert chef Xesc.

After initial introductions, we were taken to a mixed deciduous and coniferous wood on a hillside located close to Gombrèn where his restaurant Fonda Xesc is located. We were given an extensive brief by our host and it soon became clear that what he does not know about fungi is not worth knowing. Without further ado we were issued some baskets and sent off to ‘hunt’ for mushrooms. 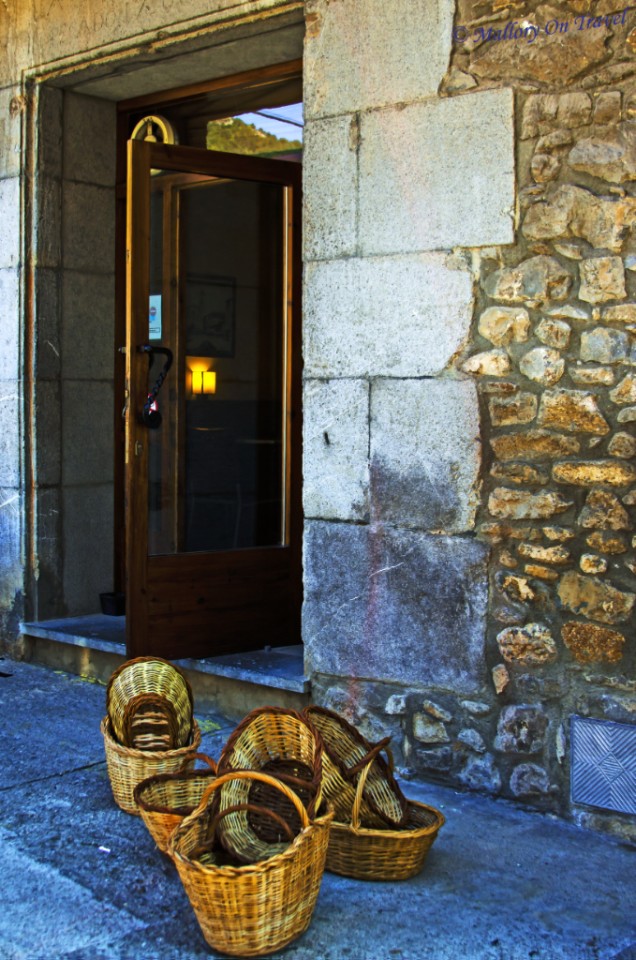 Caution is obviously necessary whenever foraging for edible fungi and if in doubt leave well alone, this advice rang in my ears from previously attended survival courses. The prize find would be a large mushroom known locally as cep, though  rovello, pintells and fredolics are other highly sought fungi.

This area is apparently popular as a mushroom hunting ground but alas we were unfortunate that the weather had not been kind from the ‘hunters’ point of view. There had not been any recent rain which meant despite looking in all the recommended terrain there was not a lot to find.

It still had a feel of an adventure however. Deciding to get away from the main group I was soon way up the slope poking around the bases of trees, seeking slightly damp ground and anywhere with a little shade. It actually had a feeling of ‘stalking’ the fungi, more accurately stalking potential ‘hotspots’ where they may grow. 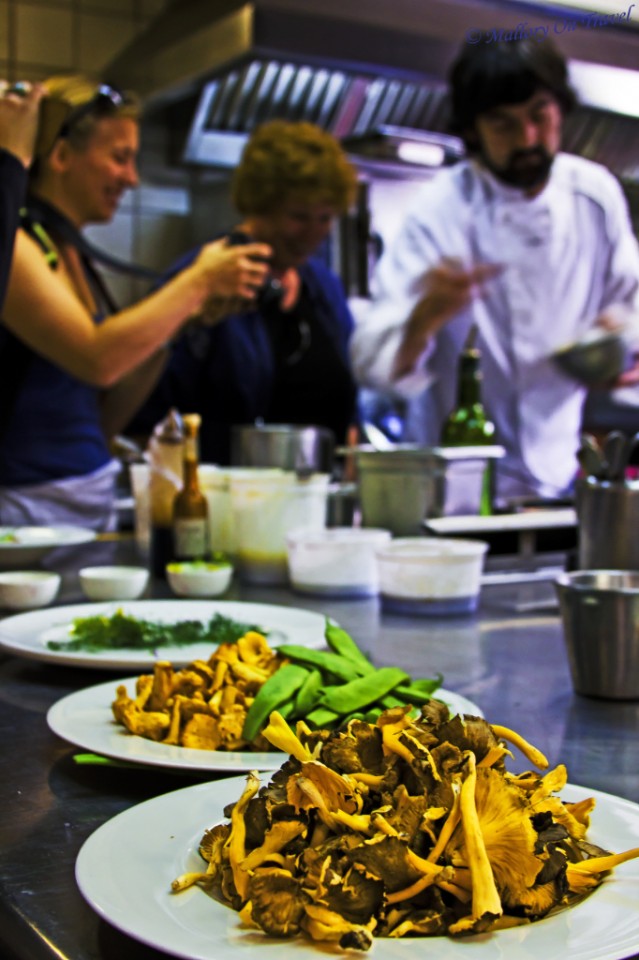 What its all about

Clambering through the low branches, peeking around trunks of the variety of trees these mushrooms are pretty elusive. Most trees were beginning to shed their leaves but although fungi were in short supply if felt as if I discovered every prickly branch in the wood.

Even so there was not a great deal to show for the scratches and twigs which almost poked me in the eye or the small forest hanging from my backpack. Before long however the rest of the party were back at the bus and I could hear my name being called.  The result of my lone foraging was just three large but apparently not prized mushrooms tightly clunched in my hand.

Our merry band of mushroom hunters had not been especially successful with only a few smallish mushrooms appearing lost in the bottom of the embarrassingly large baskets. The prime locations of successful hunters are closely guarded secrets but I doubt any of them need worry that we mistakenly stumbled upon one of these ‘treasure’ troves.

After our unsuccessful hunt we were treated to a great mushroom lunch at  Fonda Xesc. Fortunately for us chef Xesc does not have an ‘only eat what is found’ policy and did not rely on us to provide the restaurant’s supply of mushrooms for that day. At least we were successful fungi eaters.

My hunter-gatherer skills did not receive a credibility boost from this visit. However it was good fun and when conditions are more favourable with the mushrooms a little easier to find it must be quite satisfying. Discovering a secret stash of prime fungi is probably even exciting, but I am going to stop there before my credibility is further damaged. 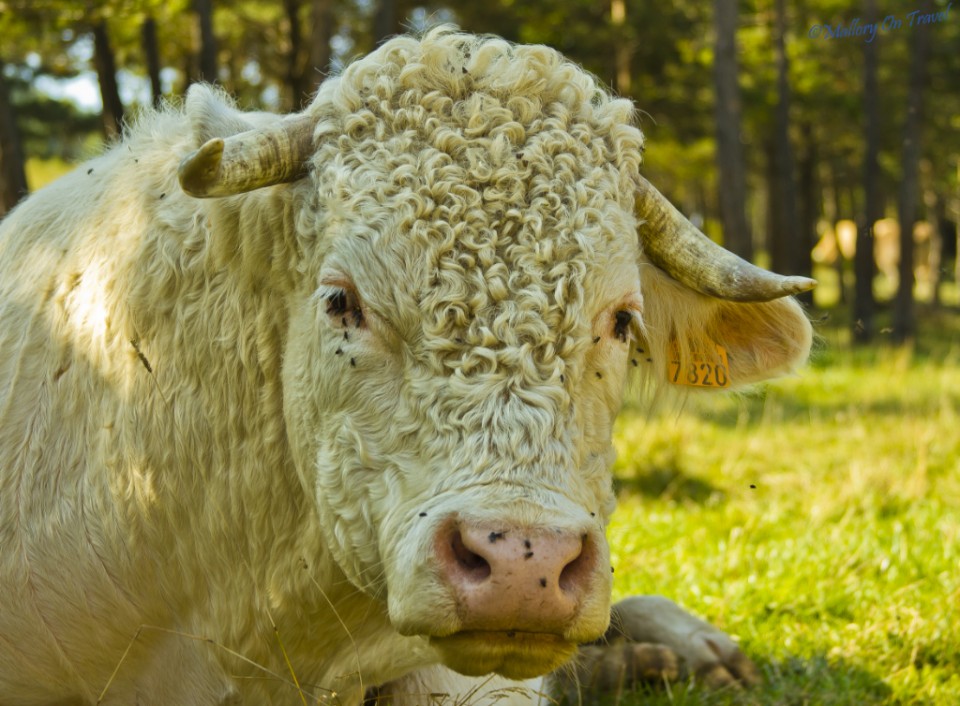 Wonder if he’d eaten all our fungi

Do not be put off however, I would recommend giving a mushroom hunting expedition a try, maybe even participate in the annual festival, which combines picking with eating. Even if not proving any more successful than us, the scenery of the Pyrenees is beautiful and there will still be plenty of mushrooms for everyone later. 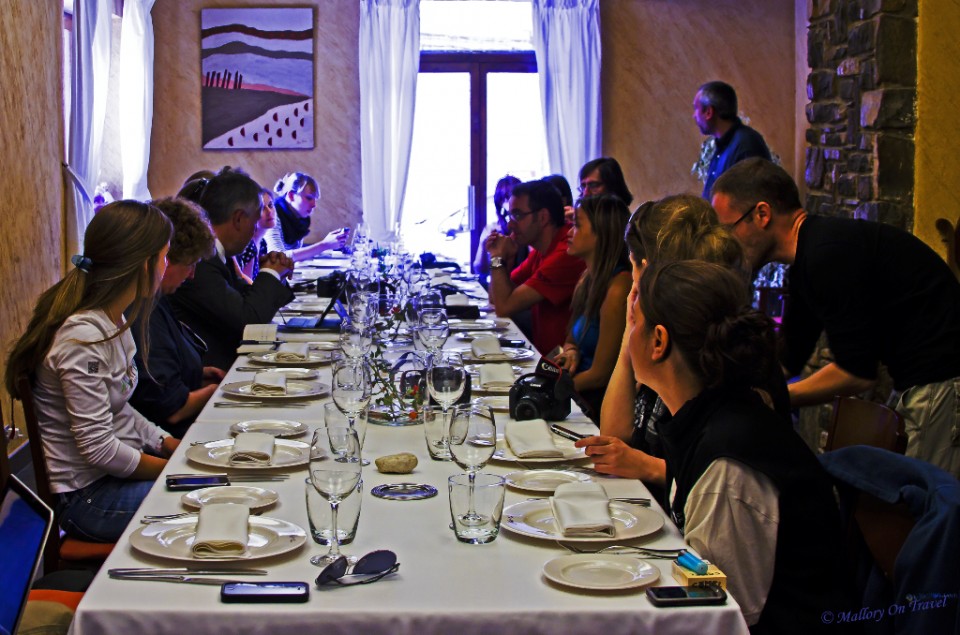 Waiting for lunch, it all ended well

Very grateful to Costa Brava Pirineu de Girona for organising this trip however all mushroom stalking and foraging opinions are entirely my own.