Visiting Luxor 0n an organised excursion involves an extremely tight itinerary, visiting the Valley of the Kings, the Temples of Hatshepsut and Karnak, some factory visits, quickly grabbing lunch before finishing at the Temple of Luxor. The services of a guide are welcome, they offer a constant stream of interesting facts, time however is certainly of the essence.

The history of Luxor and its surrounding temples is far beyond the scope of this relatively short article. Whilst the ancient Egyptians called it “Nuit” simply meaning “the City,” Napoleonic troops applauded at the mere sight of it and in his “Iliad” Homer hailed it the “City of a Hundred Gates”. It was known as Thebes by the ancient Greeks, on which modern Luxor is now built, it has also been the capital of Egypt. The region is now considered the world’s largest outdoor museum, initially however the city is often bypassed travelling directly to the Valley of the Kings. 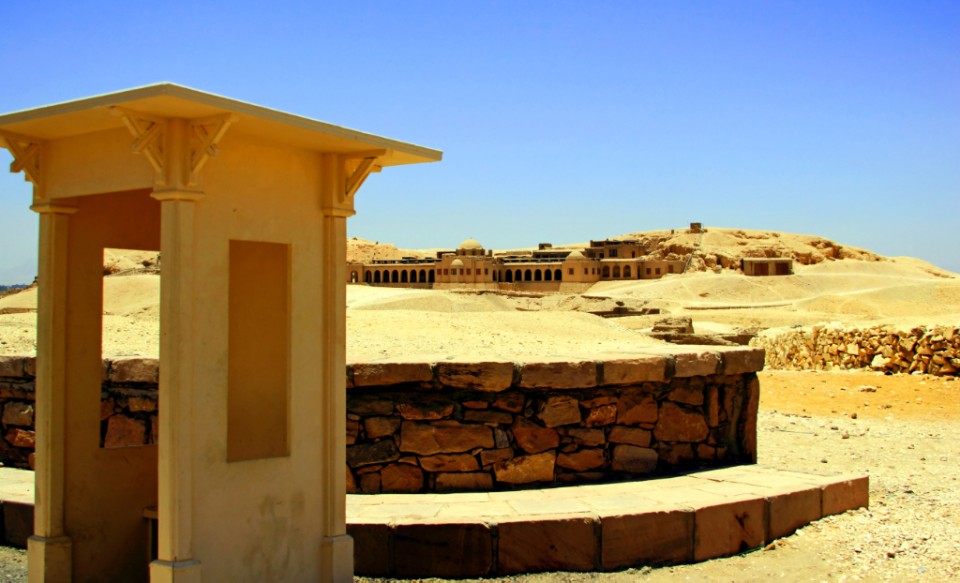 The Temple of Hatshepsut

Valley of the ‘sting’

Visitors are prohibited from entering the famous valley with a camera, my cynical side says it is so that they can sell you the souvenir packs, but hopefully it’s to make sure they cannot be sneaked into the tombs where flash may cause damage. There are always a few mobile phones in evidence however and not for making calls or texting!

The Valley of the Kings is just opposite Luxor on west bank of the Nile. Most of the royal tombs are in the East side of the wadi, which is split in two. Apart from the almost constant attention of the ‘hawkers’ which are ready to ‘ambush’ unsuspecting tourists as soon as they step off their respective coaches, and the drone of tour guides providing commentary to their charges there does not seem any natural sound.

The passes include entrance to three tombs, but to enter the tomb of Tutankhamun an extra ticket needs buying. Deciding to take this option enables a visit to four tombs in total. Heed the advice of the guide, a guidebook will also prove useful, choose the tombs carefully, and find the most interesting ones. If the tomb of Rameses IV remains closed, I recommend the tombs of Rameses I,  Rameses III and Siptah which have plenty of hieroglyphics, some of which are exquisite, sarcophaguses and other artefacts which the countless steps more than worth it. 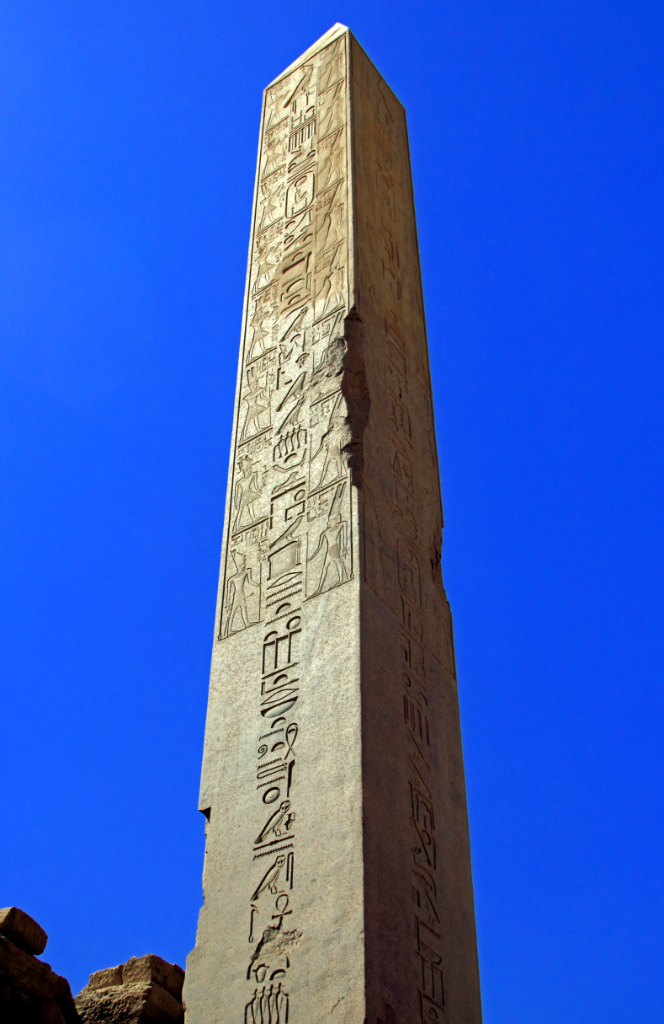 An Obelisk at the Temple of Karnak

The sarcophagus is still in place and the mummy is the only one which remains in the valley. Displayed in a temperature controlled glass display. The tomb of Tutankhamun is the obvious main attraction, this young pharaoh is the undoubted ‘rock star’ of the demigods. Howard Carter the English archaeologist whose name is almost synonymous with Egyptian archaeology discovered the tomb in 1922. He is credited with discovering another five tombs. This tomb was one of the few which had not suffered attention from robbers. Apart from the pharaohs mummified remains, the wondrous treasures that were discovered that day, are so many they still need further study and classified. it is morbidly fascinating.

The visit to Valley of the Kings is a memorable one; it is always a little humbling to visit a place that has captured the imagination for so long, it is an impressive start to any tour of Luxor.

A visit to the temple of Hatshepsut, the pharaoh queen of ancient Egypt is a worthwhile detour. This remarkable woman has an impressive story, marrying her brother and then when he died assuming a position as co-regent until she eventually became pharaoh and ruler of her country. She apparently assumed a male persona and physical appearance throughout her reign to reinforce her claim.

The period of her rule was one of prosperity and rebuilding links with other countries. This was a highly successful period, and yet it seems that somebody went to great lengths to remove her legacy from history. Statues and temples were defaced or destroyed, and most hieroglyphics mentioning her have been removed. The prime suspect is her step-son; Tutmosis III. Fortunately her temple still remains and it was well worth spending an hour or so wandering around, and having the story of Hatshepsut (guides often refer to her as “Hot chefs soup”, not sure she would approve) explained by a knowledgeable guide.

There is always time available to stop at a figurine shops or factories so do not be surprised when on the itinerary. These are part and parcel of excursions and another opportunity for the provider to get some extra commission. It seems to take valuable time away from visiting genuine worthy sites, but it possibly also helps keep the excursion prices down.

Feluccas on the Nile

Lunch is often on a boat sited on the Nile, which was known as Ar, meaning black by the ancient Egyptians. It is famously the longest river in the world and is from the Greek word for valley Neilos. If really lucky there maybe the chance to sail on one of the traditional wooden sailing craft known as feluccas which sail on this amazing river.

The Temple at Karnak is almost certainly the jewel in the crown, in fact probably of any trip to Egypt. Looking around the temple it’s overflowing with monuments of historical importance, most of which were impressive in their sheer size and numbers. Especially awe-inspiring are the huge columns of the Hypostyle hall which tower above the masses of visitors.  Being over two thousand years ago, many of these monuments are derelict, but they still elicit gasps from the throngs of people meandering through the passages, it is difficult to imagine how the local populace in ancient times reacted when built. The temple is also known as Ipet-isut, meaning ‘most select of places’, and is actually a city of temples, built for Amun, Khonsu and Mut. 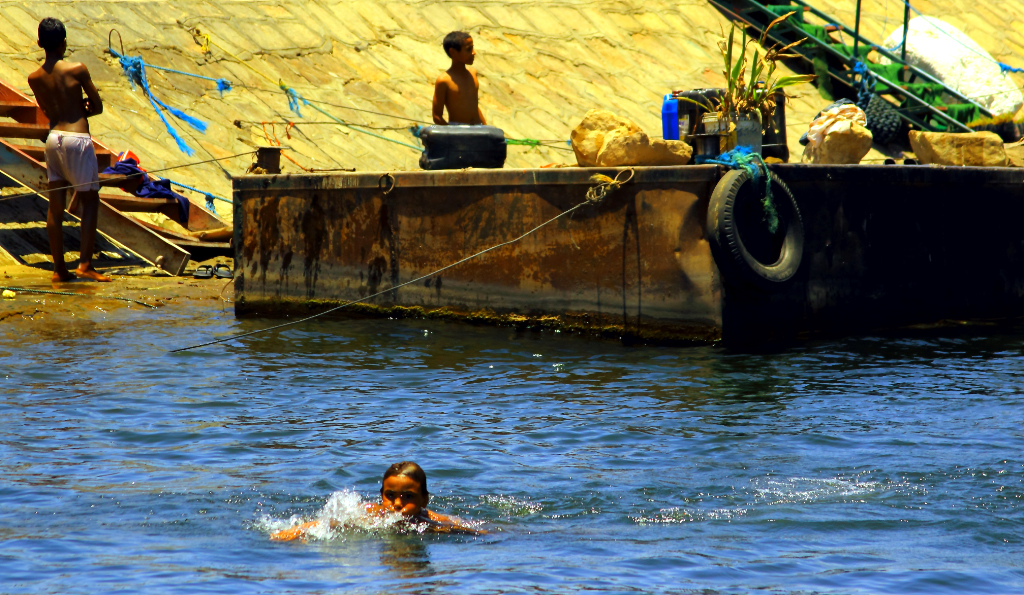 Children swimming in the Nile

Enjoy wandering between the colossal columns, monuments and obelisks listen to the narrative of the generally well-informed guide. It will surely take your breath away.

The Temple at Luxor, may not seem as impressive as Karnak, but it is certainly not lacking in its own share of incredible monuments and artefacts. Built by Amenhotep III and Rameses II as a centre-piece for the festival of Opet. During the festival images of the ruling royal family were apparently paraded from Karnak to Luxor, and loaves of bread, cakes and beer were distributed to the populace who could also ask favours from the images of their kings and gods.

The temple also has links to the Christian religion too and as well as Egyptian hieroglyphics there were also a number of murals adorning the walls influenced by Christianity. The visit to Luxor is one long lesson in ancient history, it is a special travel destination and your camera will be more exhausted than you by the end of the day.

Independent travel with its flexibility and opportunities to explore at leisure is of course an outstanding way to travel and seems preferable to any rushed excursion, but the services of a knowledgeable guide cannot be underestimated. Visiting amazing locations with long histories and incredible cultures is one of the reasons why we travel, sometimes it is necessary to swallow our pride, join an organised excursion and enjoy the benefits of a fully guided tour.

What are your views on commercial excursions are they good value or do they miss the point, I look forward to reading your comments.