If you are unfamiliar with the term Anthropocene Epoch, it is the informal name which has been given to describe our impact on the Planet. It is the geological period of time in which man’s activities has had significant influence over the eco-systems of this World. 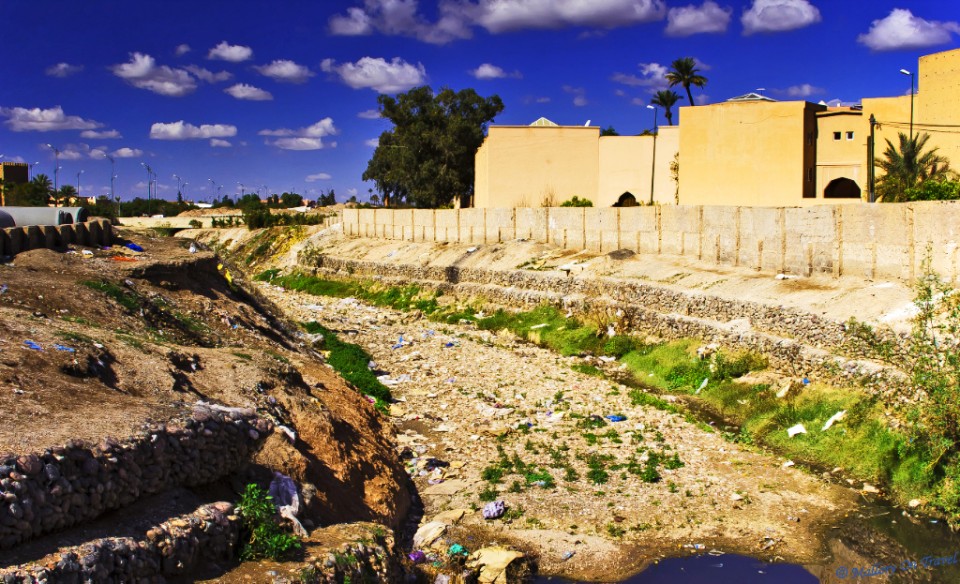 Do we respect our planet?

Moments ago I was writing a piece on making better use of your camera, a documentary on television which was detailing some of these effects. Some of the facts maybe specifically regurgitated to shock us into a response, well in this case aim achieved!

To date unfortunately our impact on the Planet has been more detrimental than beneficial, and we have managed this in an extraordinarily short period of time. The greatest impact has been since the dawn of the industrial revolution, just four hundred years! However ever since the introduction of agriculture, we have been changing the surrounding environment and influencing eco-systems.

During our time on the Planet we have dramatically changed over seventy five percent of the surface of the Earth which is not permanently covered in ice! Cities have been built, with dams and irrigation systems to provide water for their population, land fill sites are common in all areas of human habitation. We have deforested vast areas to both build cities or to provide arable land for farming.

Over seven billion people living on a small piece of rock the surface of which is mainly covered in salt water are busily ‘farming’ every possible resource that can be harvested. Much of this once it has been used becomes a waste product that is difficult to recycle or dispose of. A stark example of this is the ‘Boneyard;’ the aircraft graveyard in Tucson, Arizona which contains over four thousand disused aircraft, just sitting silently there for eternity. 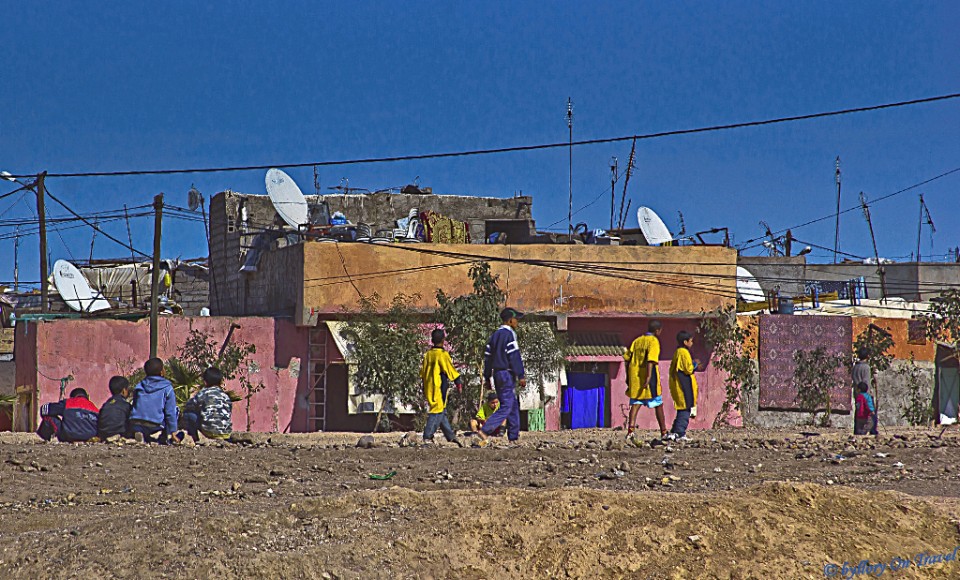 We have caused directly or indirectly the extinction of many species of animal and continue to do so. Huge tracts of land have been deforested, effectively destroying the ‘lungs’ of the Planet, causing widespread soil erosion and even effecting the water cycle. Perhaps the greatest and most documented impact made has been the increase in atmospheric carbon dioxide. This is a naturally occurring phenomenon; however all but the most intentionally blinkered of us now accepts that we have speeded up this process dramatically in the past Century.

The water or hydrologic cycle was briefly mentioned earlier, this is the method by which rainwater from mountain streams and rivers flows to the sea where is evaporates and reforms rain clouds. There are very few rivers that complete their journey without interference from mankind. The Colorado river and its tributaries for example provide the populations of Arizona, Los Angeles and the surrounding area with much of their drinking and have over twenty dams within their system. In some years, none of the rainwater that falls in the hills reaches the sea!

There is more freshwater stored in the amn-made reservoirs than in all the rivers, streams, brooks or lakes on Earth.

The sedimentary rock that is being laid down now is even being affected; huge swathes of plastics and other detritus make up huge garbage dumps in the oceans. One is so large it has its own name; The Eastern Pacific Garbage Patch and is almost as large as the United States, reaching from the shores of California to those of Japan! This rubbish breaks down extremely slowly, but as it does it releases toxins into our oceans and eventually falls to the ocean floor. It is deposited here and eventually will form the rocks of the future; the very geology of our planet will one day contain a percentage of our waste from today, our geological legacy!

It is estimated that over a million sea birds die each year from ingesting plastic detritus, not to mention small animals and even large ones that either ingest it or become entangled in it! 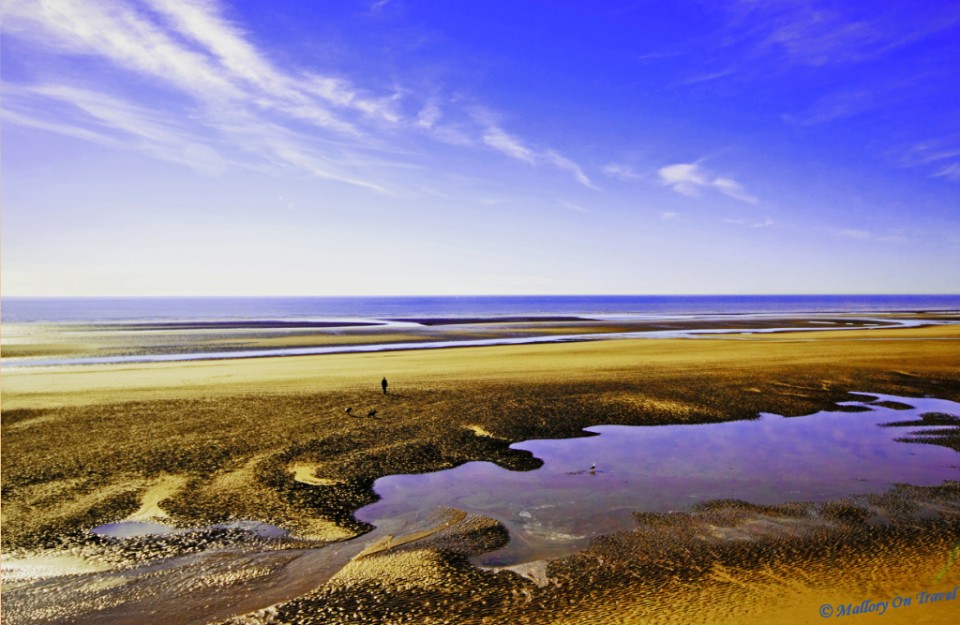 Any of us that have witnessed the awesome power of Nature, hurricanes, tornadoes or the incredible power of a rough sea with huge waves crashing against the shore could be excused for believing it is impossible to tame. So far this is generally true, but mankind now has the ability to affect our Planet to an almost equal degree.

What legacy do we wish to leave, how does this generation wish to be remembered? Our predecessors had some excuse; they were for over two centuries relatively ignorant of the effects of our industrialisation and agricultural practices. We do not have any such excuse, even the most remote mountain or forest tribe is becoming aware of the damage we are causing.

It is easy to think we have only affected the Planet in a detrimental manner, but this is not the case. We have proven in the past we are capable of making changes for good as well as bad, remember CFCs which were responsible for ozone depletion. Once the true effects of these were fully understood, production was pretty much phased out completely in a few years! This will enable the ozone to naturally ‘heal’ in around fifty years.

As travellers we seek the pristine areas of the planet, but these are rapidly disappearing. Vast tracts of wilderness are shrinking to make way for housing or farmland to feed the growing population. We want to become immersed in the culture of the destinations we visit, but these are in many places also disappearing being integrated into the modern culture of the developing world. We want to see the amazing diversity of the various eco-systems, and the incredible creatures that inhabit them, but there are some that believe half of the existing species will be extinct by 2100.

We are a mass extinction event!

Amphibians are on the verge of total collapse, frogs, salamanders and their relatives are under extreme threat. Close to two hundred species of frogs have disappeared in the last decade, and a further nineteen hundred are severely threatened. Their thin skins are extremely sensitive to temperature change and to a particular fungus which maybe more prolific due to this climate change. There are other reasons for their demise, habitat destruction, pollution and predation by us. 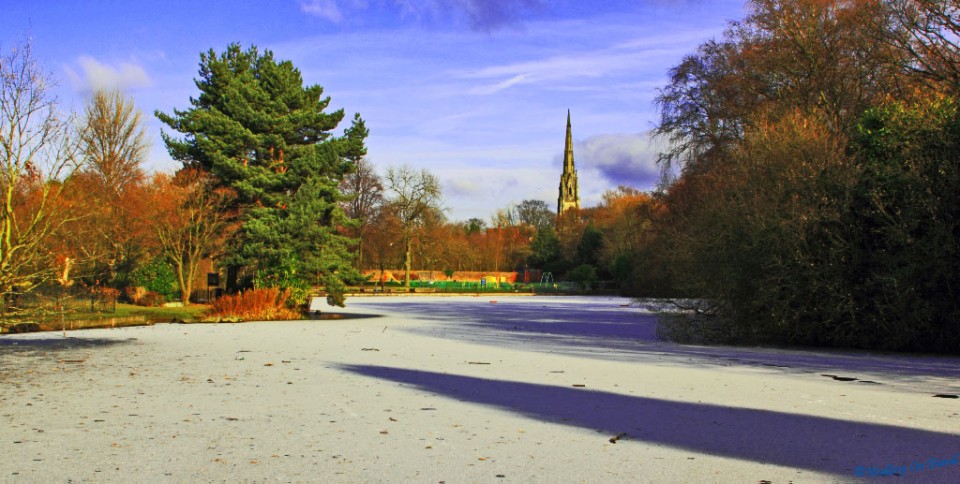 The clean-up starts around the corner from home

It is not just small creatures that are in decline either; fifty percent of mammals are also under threat. Some of the Planet’s most beautiful and charismatic creatures are struggling for survival, the reasons in each case are startling similar, habitat loss, hunting, pollution, introduced species, all have an impact. There are fewer than thirty five Amur leopards in the wild; scientists believe the majority of polar bears will have disappeared by 2050; please read that last sentence again.

These are just two examples, but can you imagine a World without these beautiful creatures? What sort of planet will our children and grandchildren have to travel around in fifty or a hundred year’s time? How will they look back on our contribution to the history and health of this wonderful planet we call home?

We are almost certainly the only creature aware of the problems that are facing Earth and also the only one capable of affecting those problems. How long before we finally face up to our responsibilities?

Nature is awesome, with our help it can undoubtedly heal much of the damage already done, but action needs to be taken now, and we all have some responsibility for this.

There are many small ways in which we as individuals can make a difference, reduce, reuse and recycle should at the very least be a way of life by now.

Ensuring our politicians know how we feel is also imperative, they are not only the makers of policy they are the implementers. If we truly live in a democratic society they should react to the wishes of their respective constituents. I for one believe it is about time that they took this into account, and placed a greater emphasis on our concerns, and the well being of our Planet, rather than the greed of large scale conglomerates! Is it time to write a short but heartfelt letter to the local politician?

“A single voice may not be heard, but a million speaking in unison can be deafening.”

What will you do today, what about tomorrow, what will your grand children be doing in one hundred years time?

Some sites that maybe of interest:

The Daily Galaxy – Images of the human sprawl

TeacherVision – Global Warming: We CAN Make a Difference!