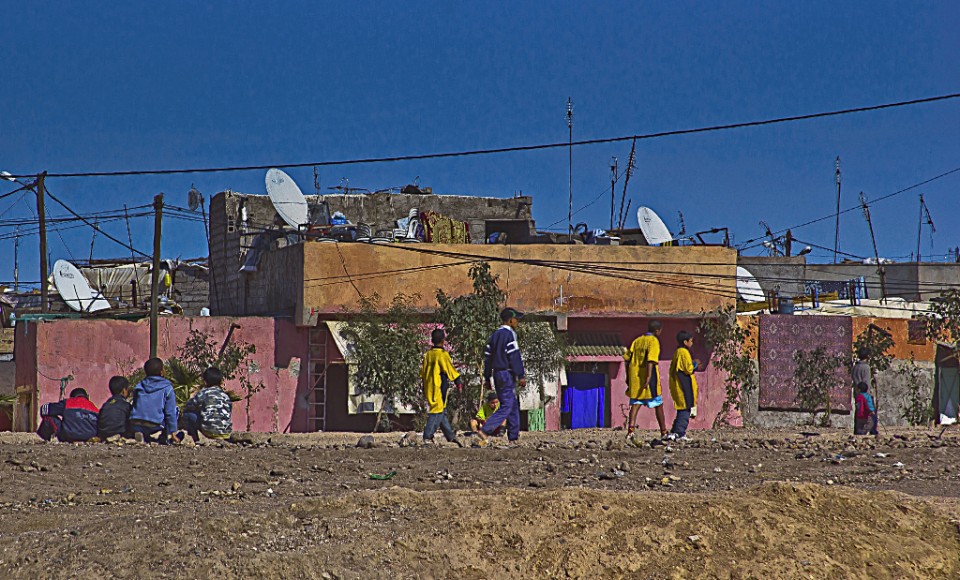 This image is from an extremely good post by one of my favourite writers on the Chickybus site. It is a very thought provoking piece about the ethics of photography. It was the final image that really caught my imagination. The image portrayed a man and a boy which had supposedly been shot by soldier or rebel troops, it was probably a ‘staged’ protest. The question Lisa posed however was would it be ethical to take a photograph of a similar news worthy tragedy or atrocity at personal risk to ourselves. The reasons may have been to either provide evidence of this act or possibly just for improvement of personal finances or employment status. 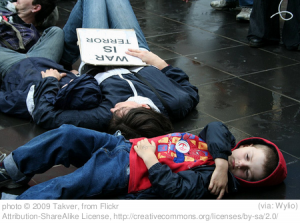 Obviously staged but certainly no less powerful for it

My initial reaction to this was probably stereotypical of most people that it should be recorded and I would make the effort to do so. However it lodged itself in my mind and I found myself continually questioning my own ethics and motives. There have been one or two sleepless nights tussling with the quite profound effect this one simple image and its context has had on me.

During this period of contemplation two fairly frivolous and light-hearted posts were produced. This was quite deliberate, merely wishing to prevent my sombre mood getting the better of me and from becoming bogged down with this subject. This gave me a little thinking space and has allowed me to produce a considered response and address it in my own time and manner. This piece was actually drafted sometime ago but I did not feel the old site would have done it justice.

Ultimately it has given me cause to question my motives for travelling and whether there is more that could be done to contribute in future. This is not intended as a morose piece that is simply not in my nature, tending to see the amusing side of most things and always remain optimistic. I would however like to share some of my thoughts and hoping you will indulge me just this once.

My own reasons for travelling in the past have been wholly selfish; serving in the Army and being fortunate enough to become highly qualified in a number of outdoor activities right up to guide level. This gave me the opportunity to get involved with many expeditions to the Major Ranges climbing, skiing, kayaking and also do diving in some very exciting parts of the World. There is an inherent risk in most of these activities and usually meant spending several months at a time away from home. This puts a strain on friends and loved ones who are constantly worried and is certainly not conducive to a good relationship. However they were my choices and I certainly do not regret one moment. 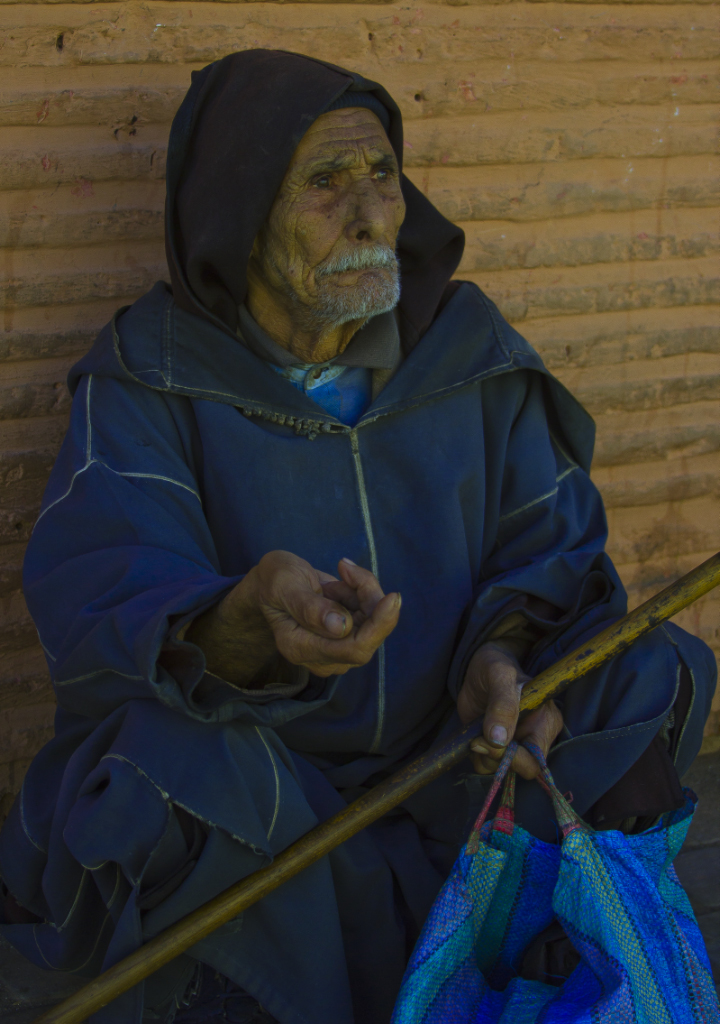 No job for the elderly

The truth is, the reasons that many of us travel are purely self-centred ones; “I need some sun/nice beach,” “ we want to see the World,” “ I want to meet people and immerse myself in their culture,” “ we love stunning views,” “ I just have to party.” These are all reasons we are all familiar with and heard many times, some we have probably even uttered ourselves, they all have one thing in common they are about me, moi, mi, mich!

There is not any intention to preach here either, everybody is entitled to their own reasons for travelling and I certainly would not presume to comment on anybody else’s motives for doing so. This last few days has been a personal ‘journey’ for me, re-evaluating my own motives and coming to terms with what I can do to make a difference however small in future.

I have participated in a few projects which were organised as part of the expeditions that I have been involved with. However looking back, these seem more like ‘bridge building’ (two literally) exercises rather than genuine community aid projects. They were of course useful, but they were equally useful as public relations exercises for the military so much as helping the people that they were intended to benefit.

‘Voluntourism’ not all good

In recent years volunteering has often been a consideration, but I have usually been put off by the commercial aspects of it. Many of these projects seem more intent on lining the pockets of a profit making organisation than providing valid assistance to a community or other worthwhile venture. I would however be eternally grateful if anybody is able to forward the details to me of a genuine project that does not require a hefty payment to a commercial company and can make use of my quite specific skill set. I may not be able to design a sophisticated irrigation system but I can swing a hammer or shovel as well as anybody, speak half decent English and know a few survival tricks!

” I feel it is time to give a little back where I am able”.

There are far too many areas of conflict in the World such as Chad/Dafur and obviously being able to make any direct difference to them is beyond the scope of the majority of us and even contemplating it is slightly overwhelming. Getting involved directly would be dangerous at best and reckless in truth. I am of course not advocating that anybody deliberately attempts to enter a war zone to document the misery caused or possible atrocities committed there. I am not seriously considering this option either. It would be irresponsible of me to suggest that, it is the province of professionals who are experienced in working in these regions. I am however reminded that the World stood and watched whilst Rwanda bled!

I would certainly seriously consider an opportunity to do some volunteer work in any region war torn or otherwise. 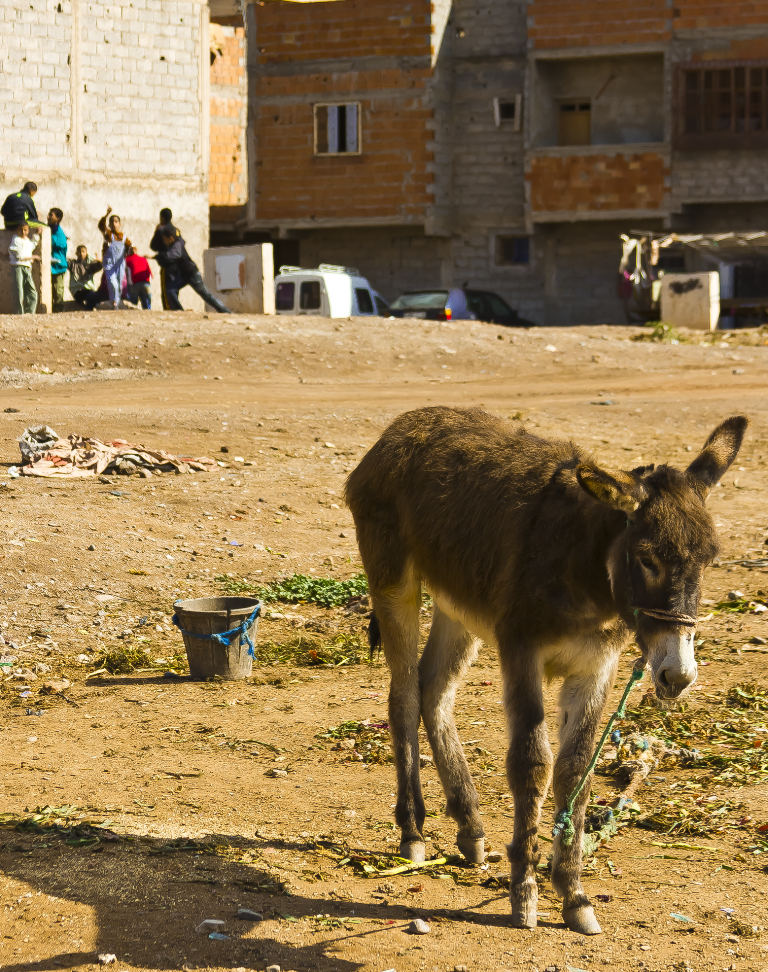 Many animals suffer from mistreatment throught the World

There are two phrases which I consider to be appropriate here;

“All it takes for evil to triumph is for good men to do nothing.”

Evil exists in the World of that there is not anybody in any doubt, it may not necessarily be the biblical evil, but it exists. It thrives in the hearts and minds of some people, the ignorance of others and when decent people ignore the actions of these individual’s then evil will surely triumph.

There are peacekeeping forces of course, but their powers are limited to say the least. I am not an advocate of conflict despite my military background, but it may be time to start deploying peace enforcers in some areas where ‘rebels’ and soldiers prey on the weak within a community. This will be abhorrent to some and is certainly controversial but can we really keep ignoring the suffering of others. How long will our consciences allow this to continue and what if the persecution of those unable to protect themselves results in another act of genocide?

The World stood and watched whilst Rwanda bled!

This is not a call to arms, there are not any expectations that anybody else will make changes to their plans and I am certainly not arrogant enough to think my words can influence anybody’s attitude. There is little doubt however that the blogging community could be an extremely powerful weapon for good. There are so many exceptional writers out there, passionate about their subject and very eloquent when expressing their valued opinions. Many have very loyal and in some cases enormous communities of readers, this influence is almost certainly under-estimated. Imagine how effective those followers could be if mobilised into action.

Protesting in a non-violent way against all the injustice in this World. Lobbying the politicians to take positive action against the guilty parties, for reasons other than the domestic interests of their own nations. However I emphasize again, this is not my intention, but if this article strikes a chord with even just one person, and stimulates a tiny change in their perceptions then this article has not been a waste.

As already expressed this is about my own personal reaction to an emotive subject and I am now seriously rethinking my own reasons/plans for travelling. This does not necessarily mean I will make drastic changes but I may change my itineraries and travel even more in the less ‘developed ‘ parts of the globe. I will certainly look for more opportunities to contribute in any way I am capable.

Intending to be more productive, making more effective use of the limited skills I possess. This will mean changing my approach to writing to some degree. Nothing wholesale, my intention since going ‘public’ has always been to inform in a manner which is hopefully also entertaining, this will not change. It will merely meaning adding another facet of commentary to the site, some may have even noticed this slight direction change already. 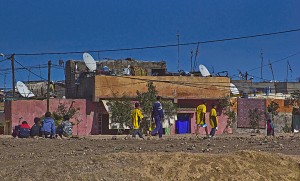 The riches of tourism is not always evenly distributed

I enjoy taking landscape and portrait images and will continue to do so, but have always had an interest in reportage photography. Now I will indulge and develop this genre more as a means of increasing people’s awareness of the atrocious conditions that some societies are forced to live in, in many regions known as the ‘developing’ World.

Ultimately I do not have grandiose pretensions of changing this great Planet all on my own, but being an eternal optimist and believing in the ‘butterfly effect’ maybe just a small change can make a big difference to somebody somewhere! I will start throwing my pebbles into ponds and see what effect the ripples produce.

If you are still with me, I appreciate your patience in allowing me to express my thoughts and explain how one fairly simple, but quite powerful and evocative image accompanied by a short extract of well written prose can have a profound effect on an individual.

“One small act of kindness by an individual can make a huge difference to a multitude of others!”

Thank you Lisa for the inspiration.

This is of course a personal view however because of that it is even more important to me that people comment and pass on their own feelings on this subject, please do so.